On a Thursday afternoon, I went with coworkers to view an art exhibit. It was called “The Father & His Two Sons: The Art of Forgiveness.” There were 40 or so pieces of art on the theme of the prodigal son, all on loan from Calvin College. Two women from the church took turns telling us about the various pieces. Some were quite old and created by famous artists. Others were commissioned by the collector. I offer a selection of what we saw.

This tapestry is a reproduction and ends with the son having fun in a foreign land. Whoops. 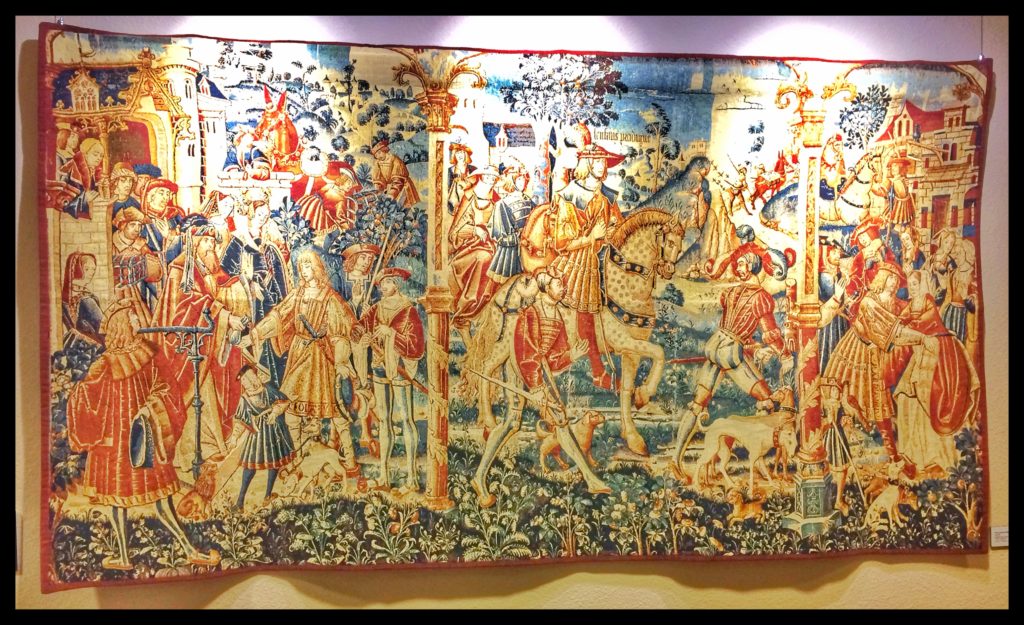 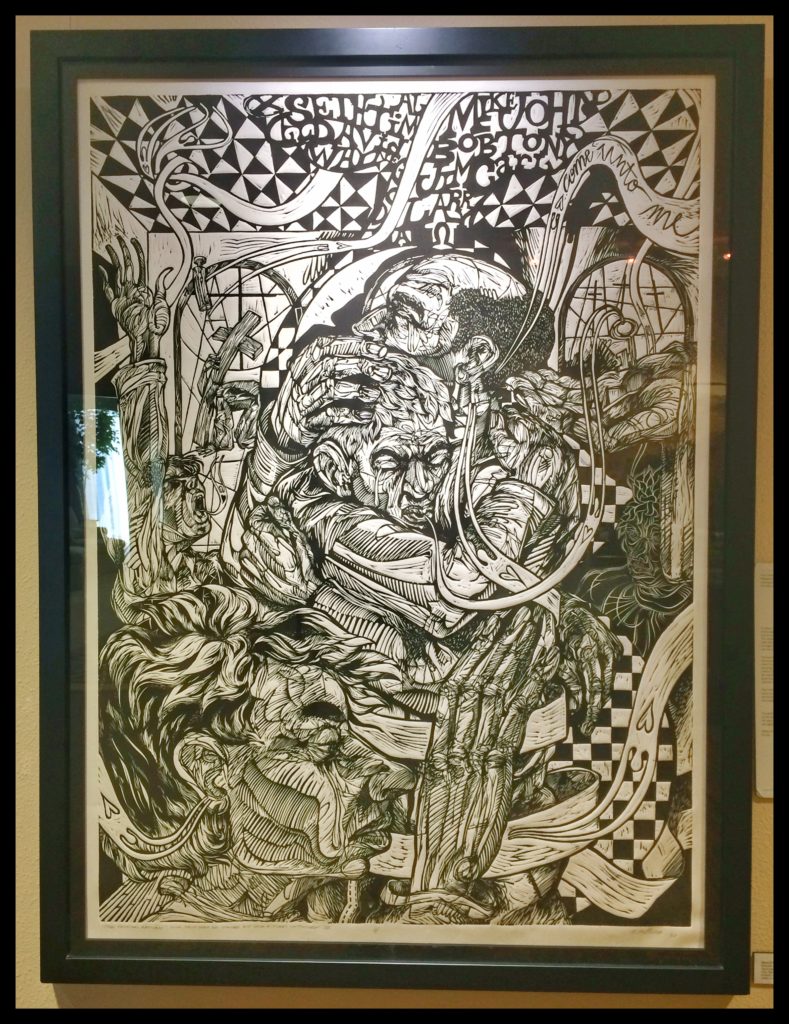 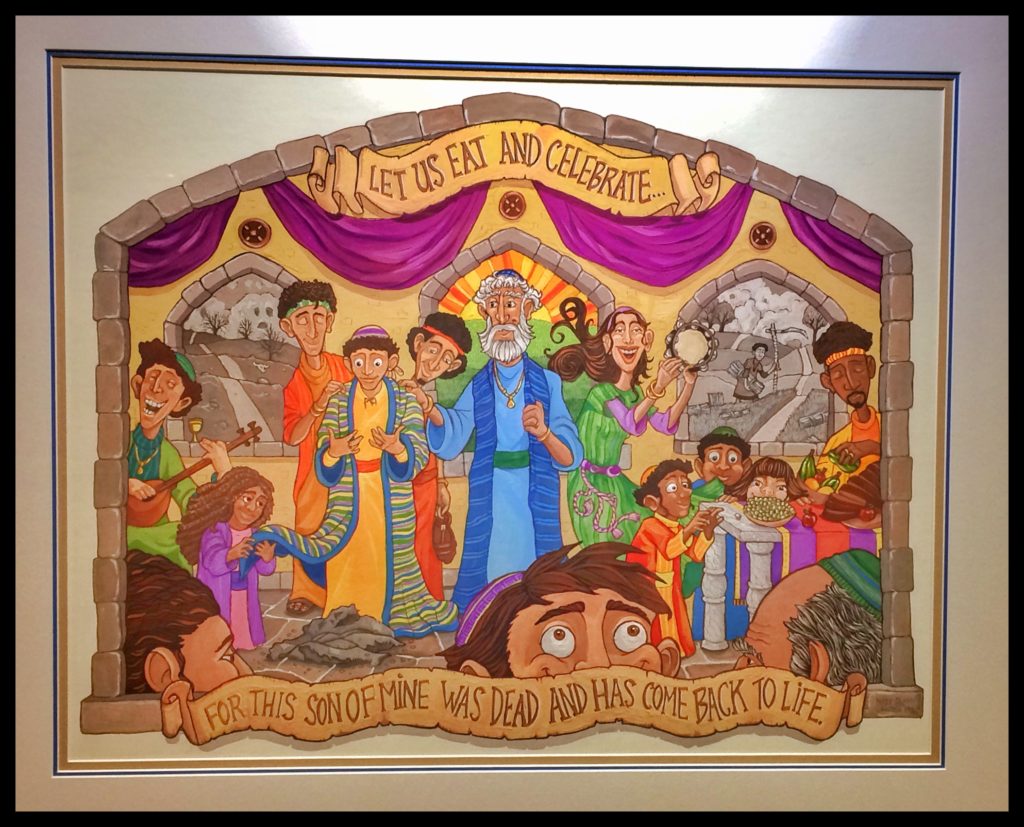 This one was painted by Thomas Hart Benton, who did not believe in redemption. He painted the son coming home too late. 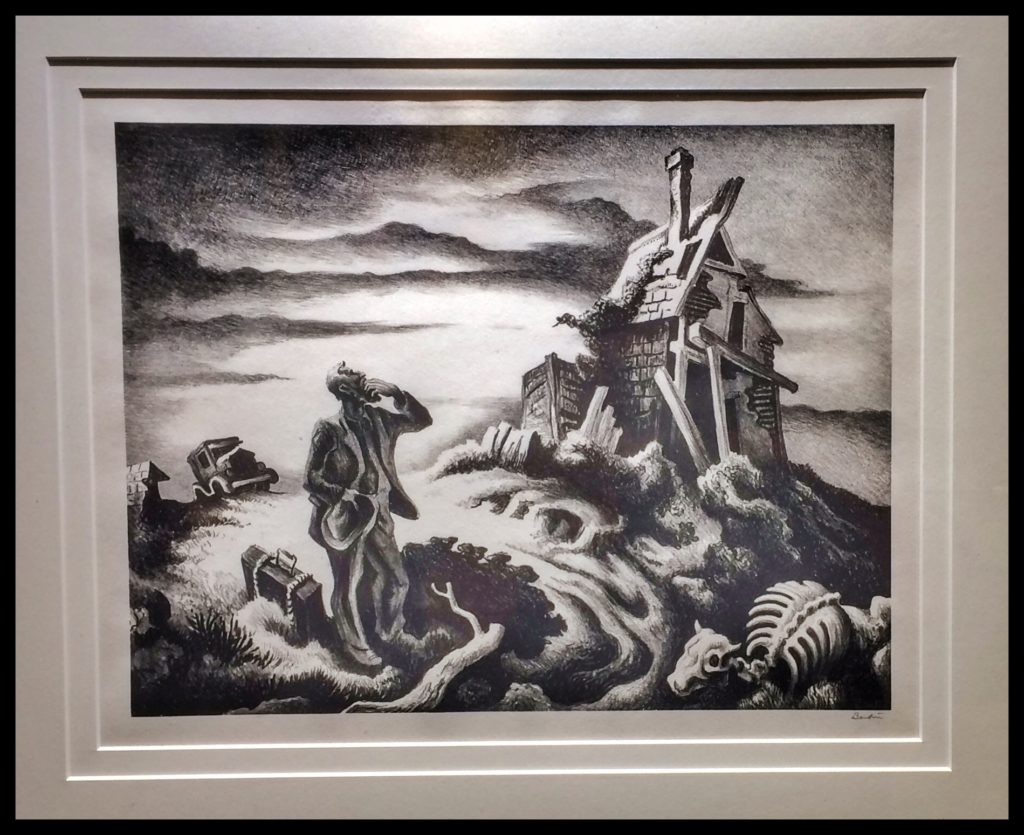 Most of the artists painted their scenes in their own cultures, like this one from 18th-century Italy (I believe). When the woman told us about this one, she said it shows the son in a bordello. She then proceeded to tactfully inform us what a bordello was. 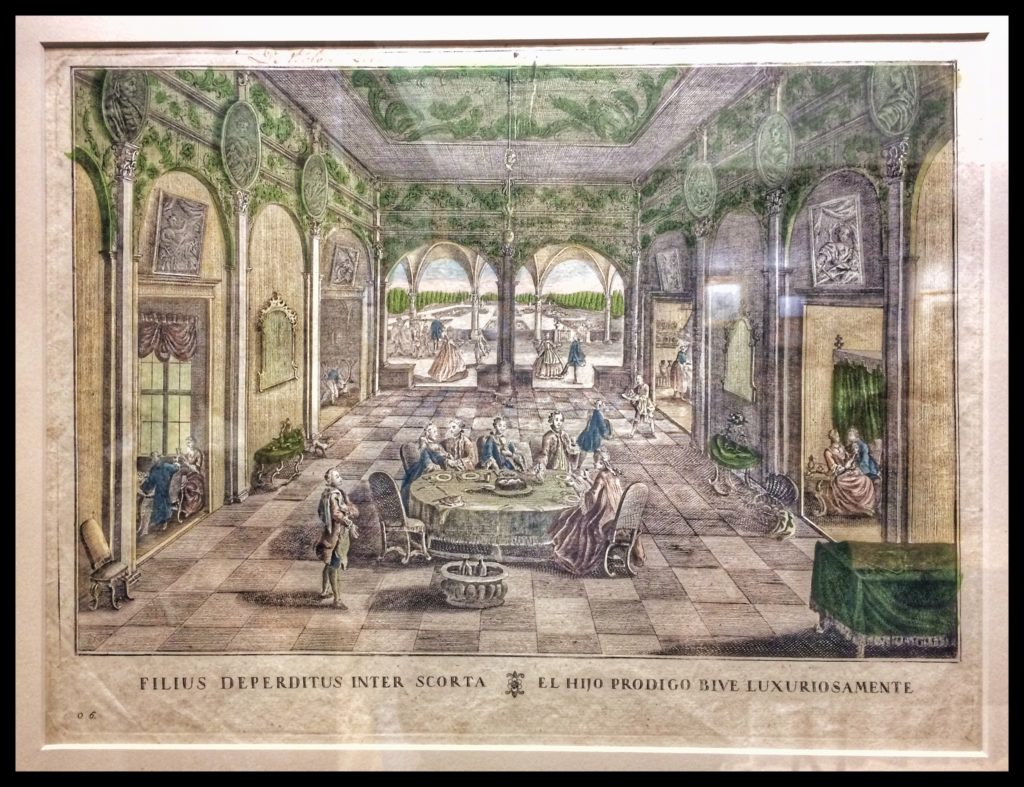 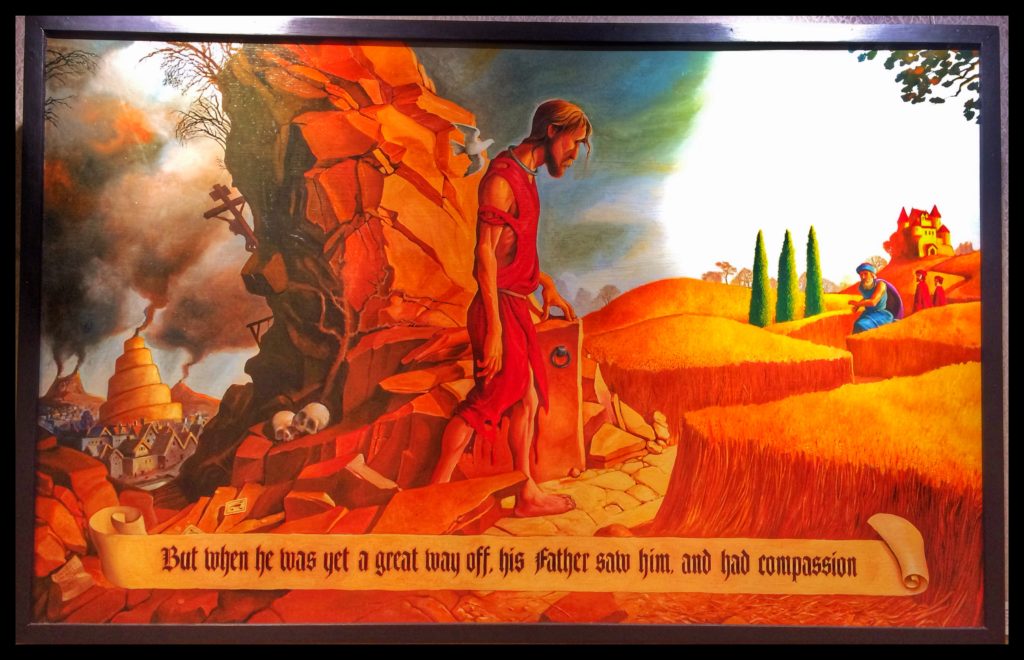 Another shot of the son yucking it up in foreign lands—this time Japan. 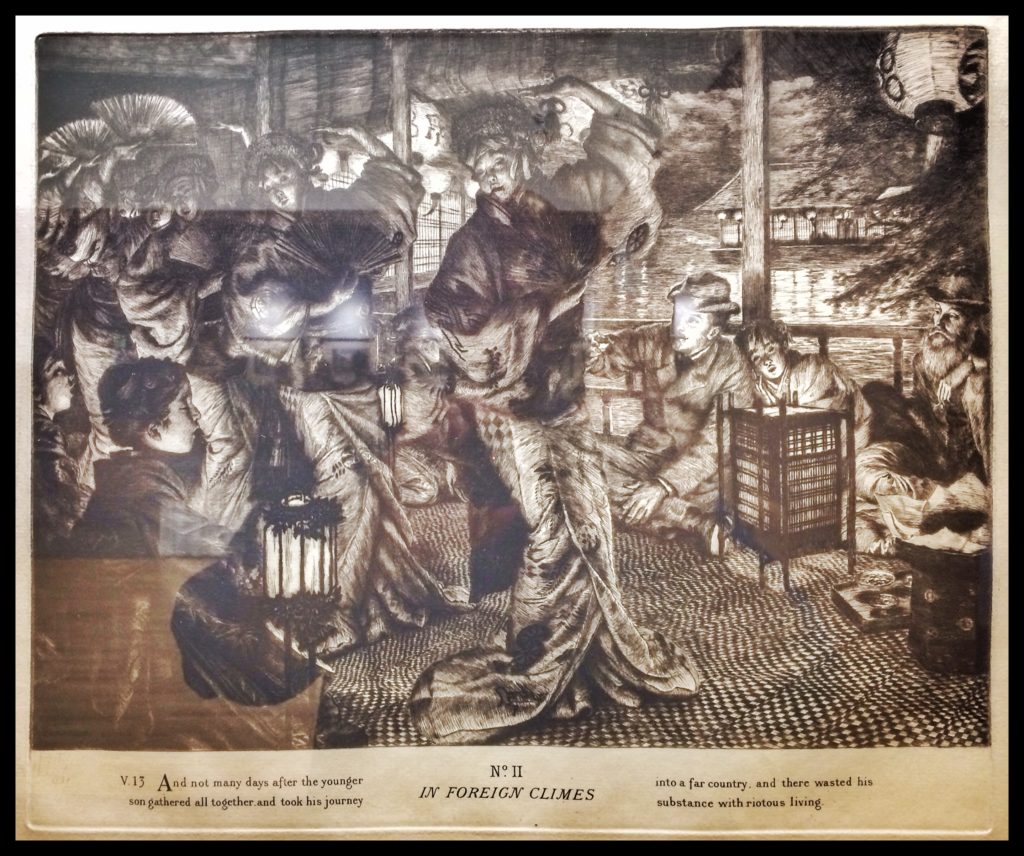 And his return home, from that same series. Note the ship in the background. And the fatted pig? 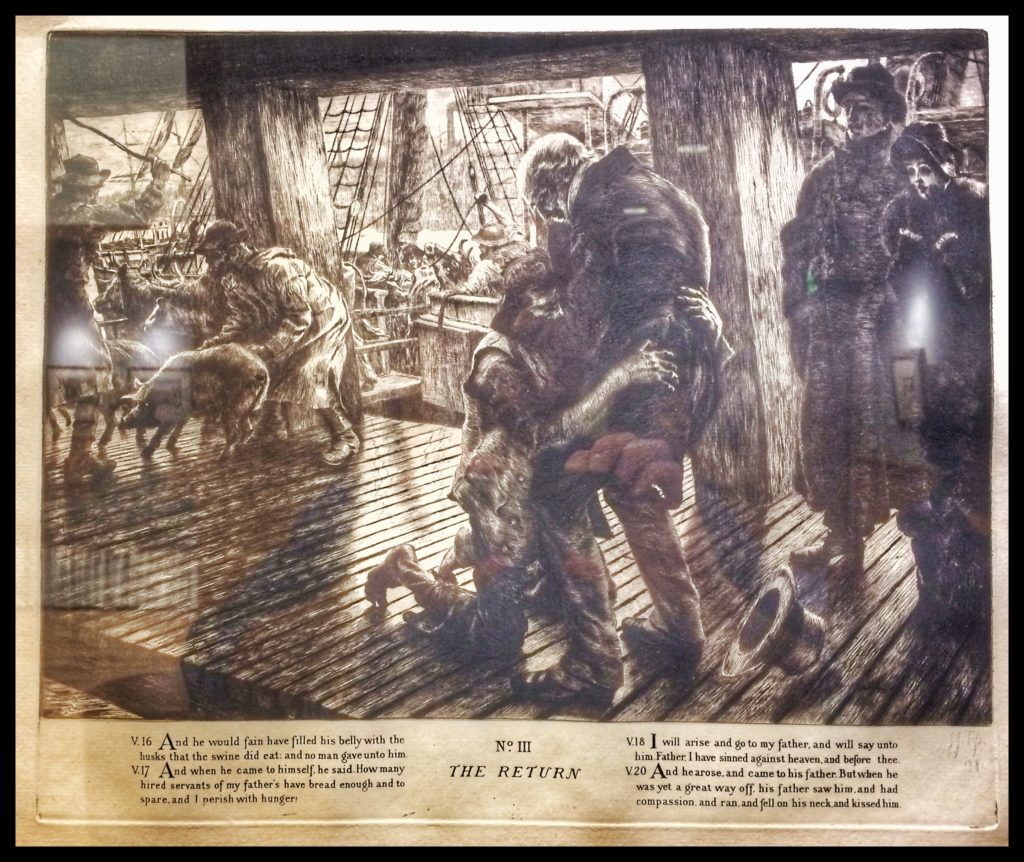 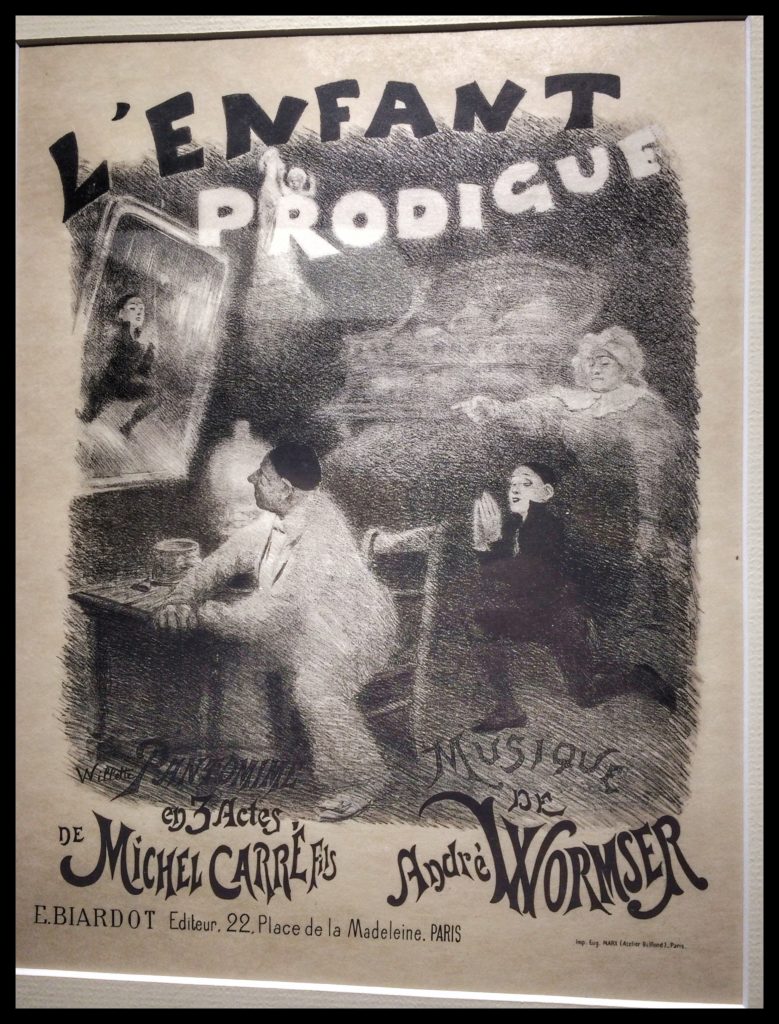 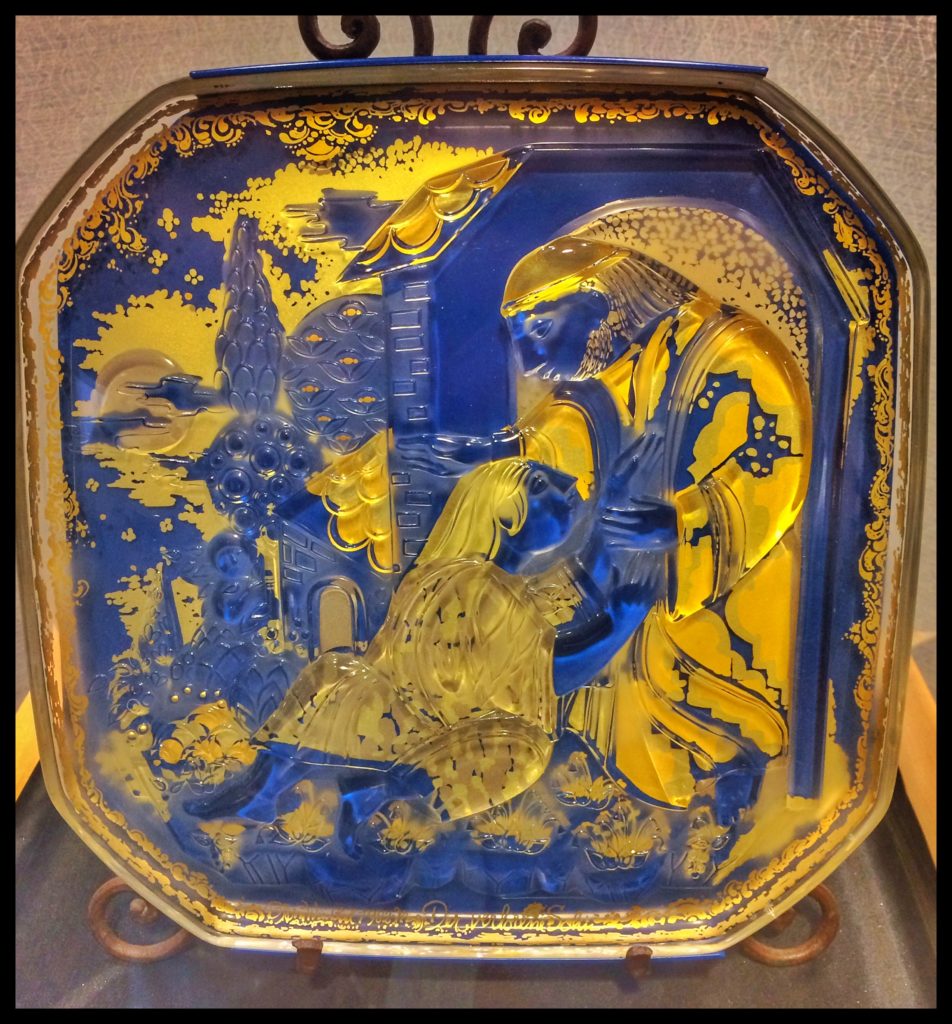 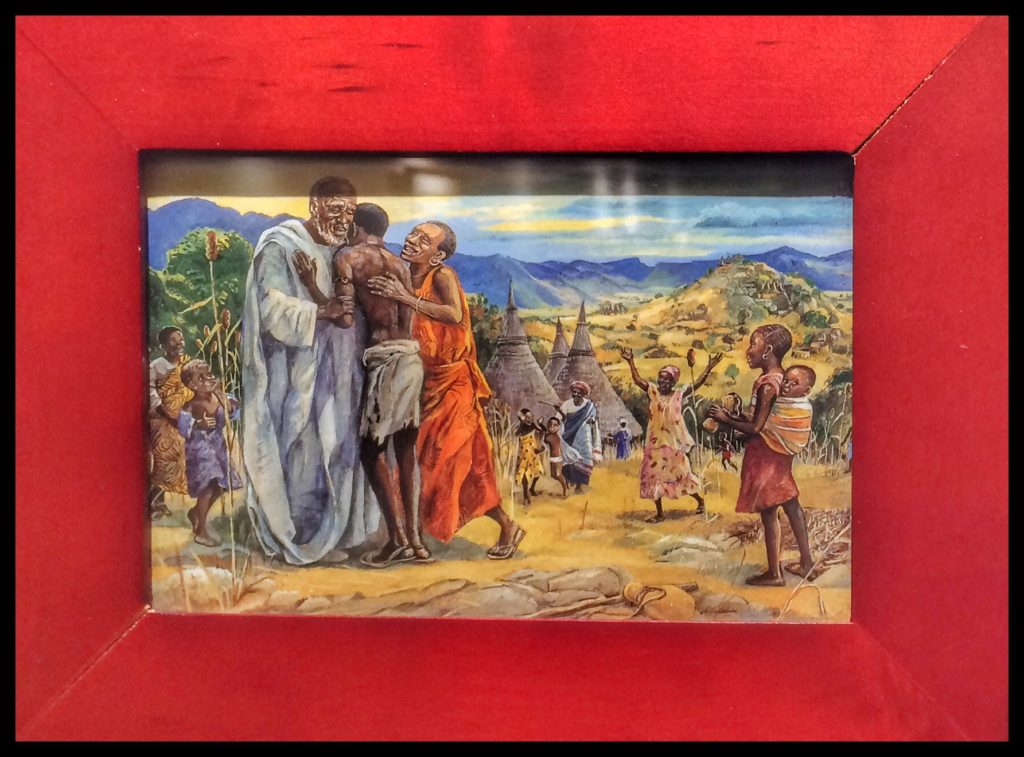 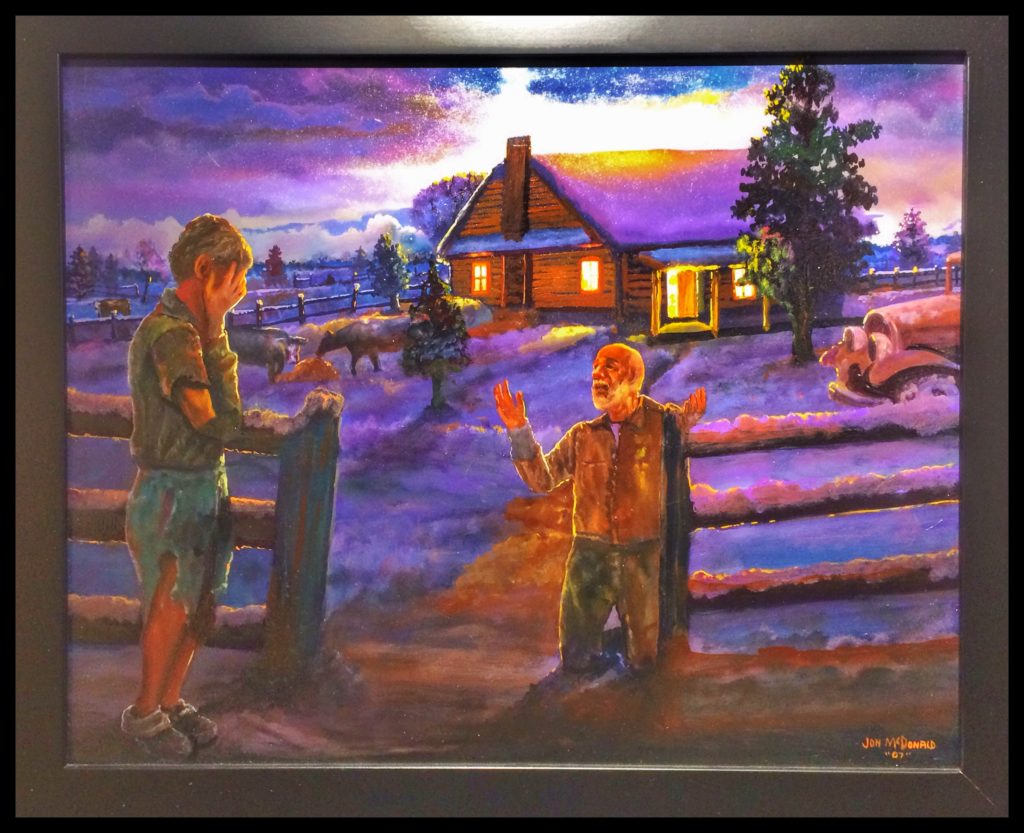 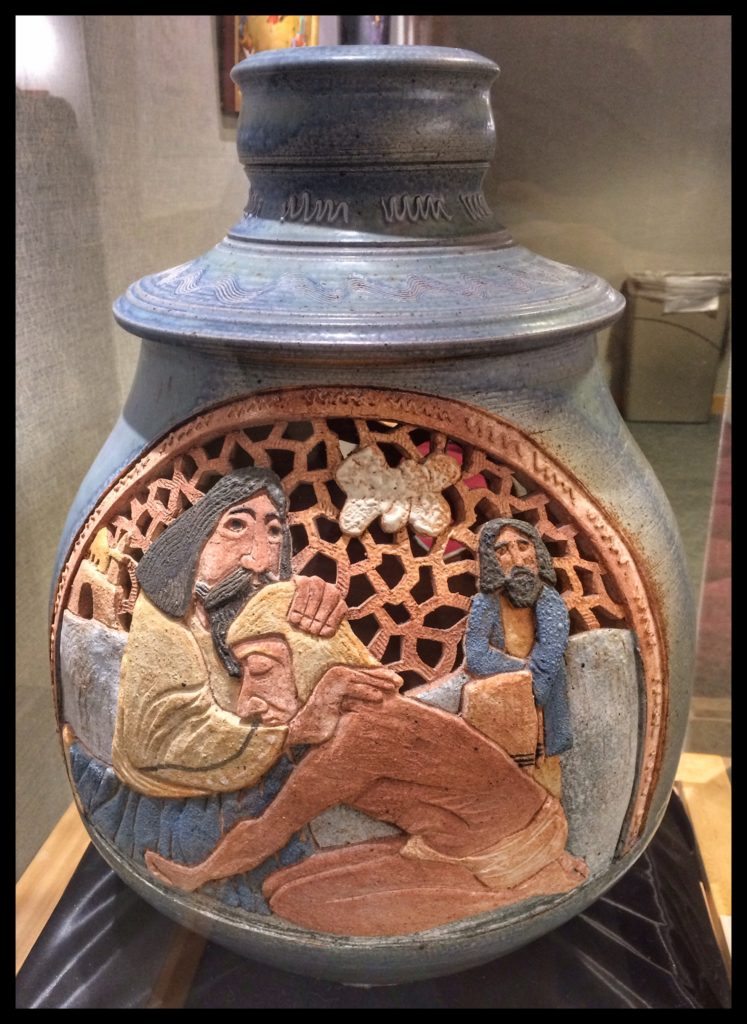 I thought this one looked like the artist had purchased a painting of two pigs at a flea market and scribbled cartoons on it. 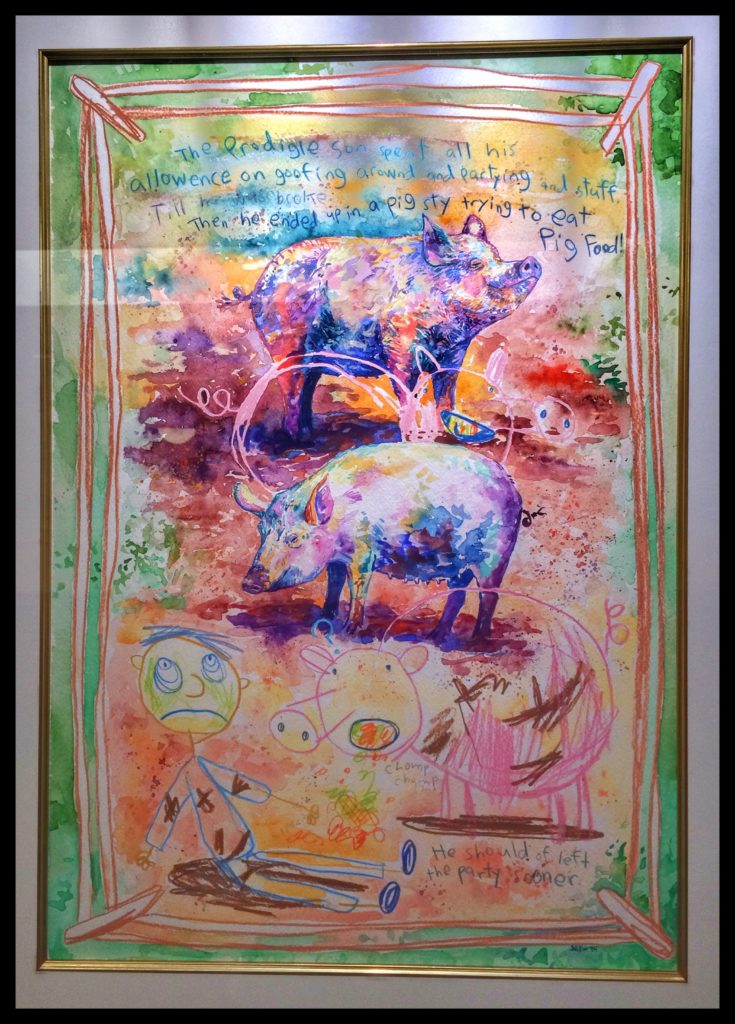 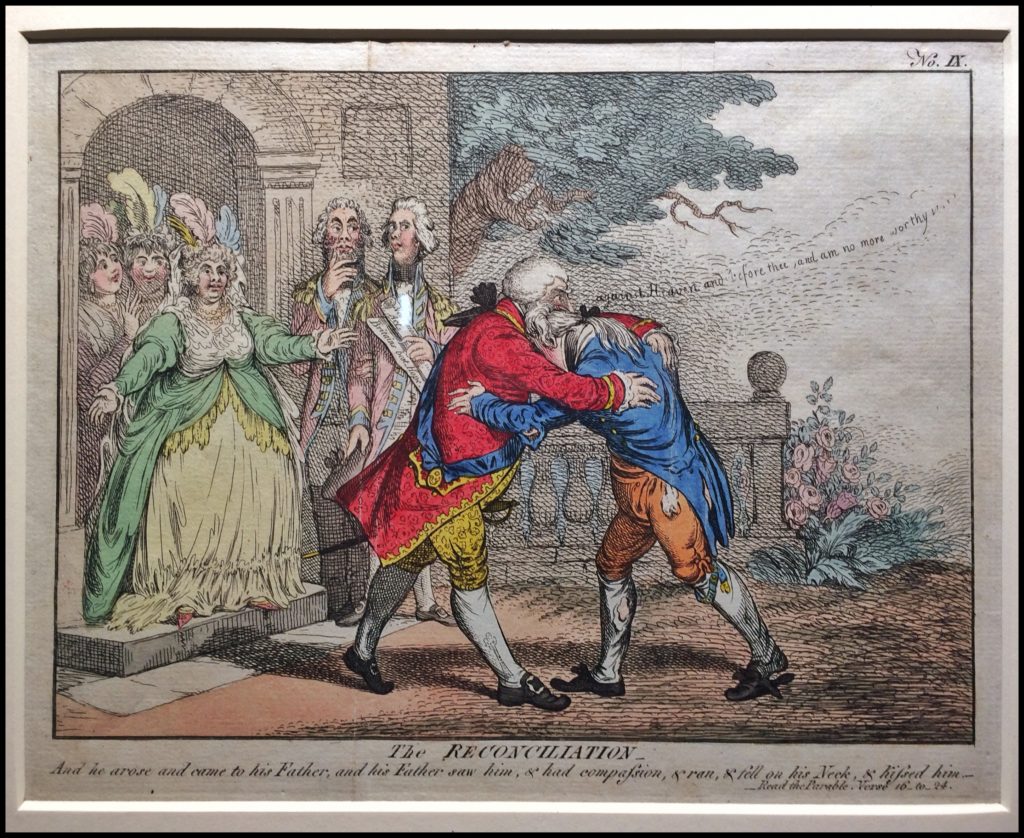 The artist of this next work couldn’t draw pigs, so he showed the son caring for sheep. I suggested that perhaps they were pigs in blankets. 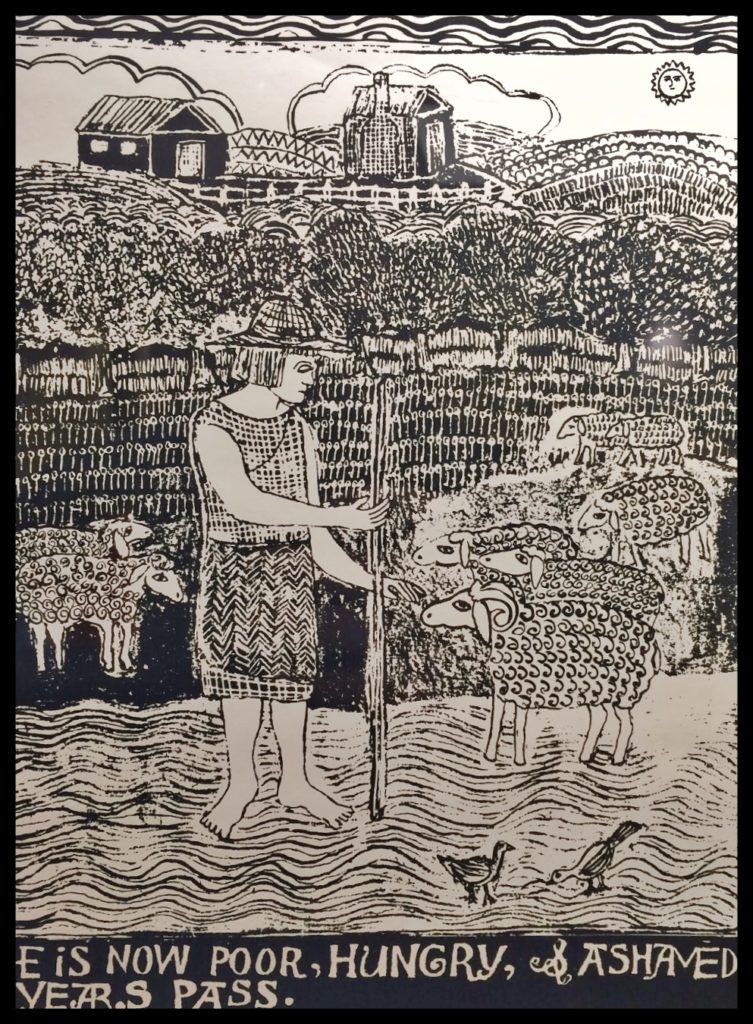 It was interesting, and certainly not something I would have gone to, or even known about, on my own.

This entry was posted in Art. Bookmark the permalink.