picoides (from picus, a woodpecker, and eidos, appearance) dorsalis (from dorsal; of or pertaining to the back)

I hiked up the Palmer Lake Reservoir Trail and then, because I am prone to wander, took off on a side trail that led up and over a ridge. I found myself in a valley with a small creek that I later found out is named Ice Cave Creek. I had my binoculars and was stopping to listen whenever I got somewhere that seemed “birdy.”

At one stop, I heard a woodpecker. It wasn’t loud, but it was tapping rapidly nearby. I soon found it about 40 feet up a dead pine maybe 15 yards ahead of me along the trail. 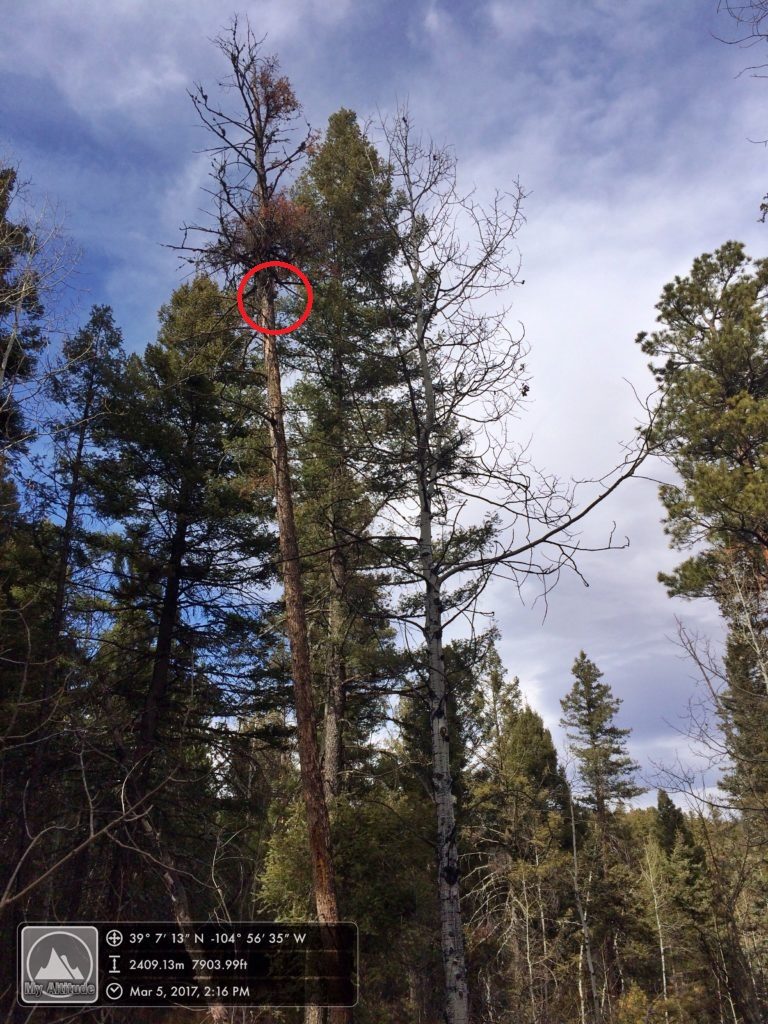 It stayed mostly on the opposite side of the trunk, but occasionally would sidle around to where I could see it in profile. I saw the bill and thought it might be a Hairy Woodpecker, but then I got a look at the barring on its side. This got me really interested. I did my best to get photos of it by holding my phone up to my binoculars. This isn’t easy—try it sometime. 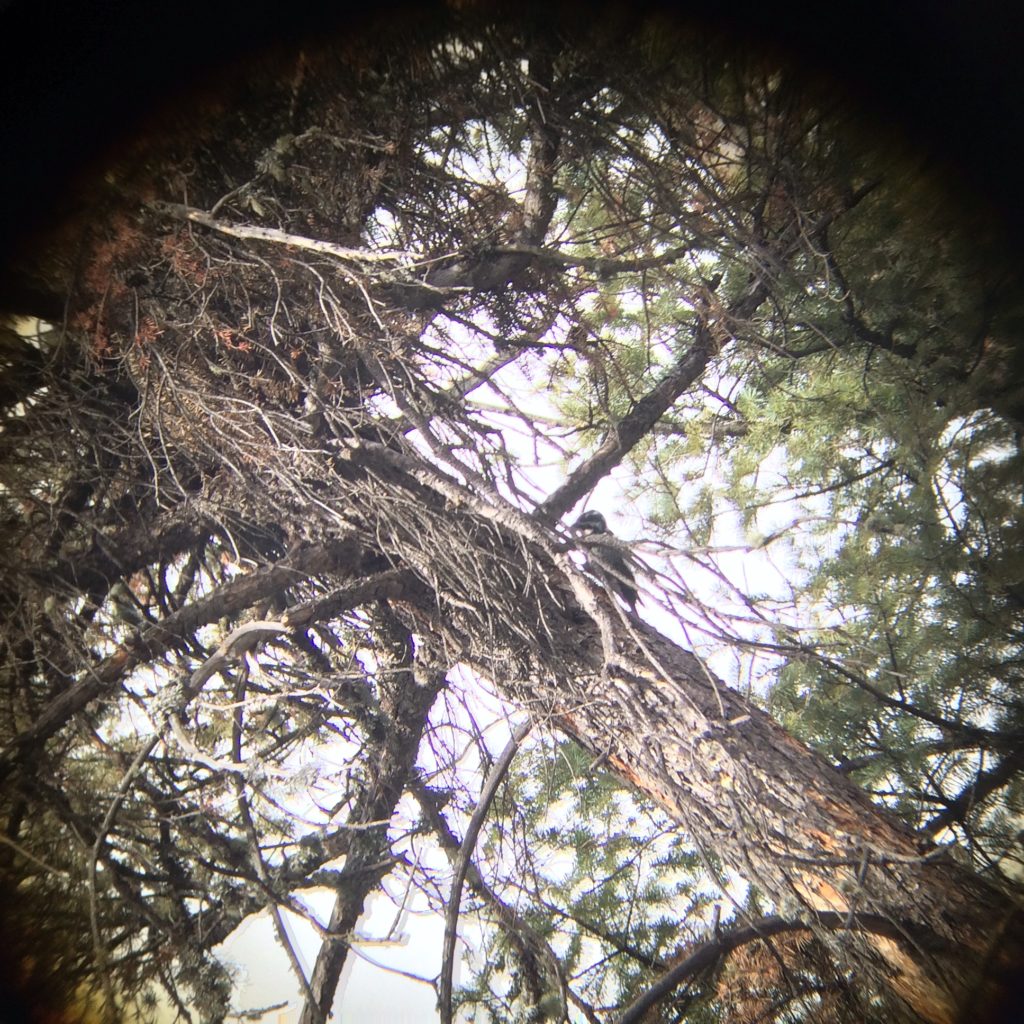 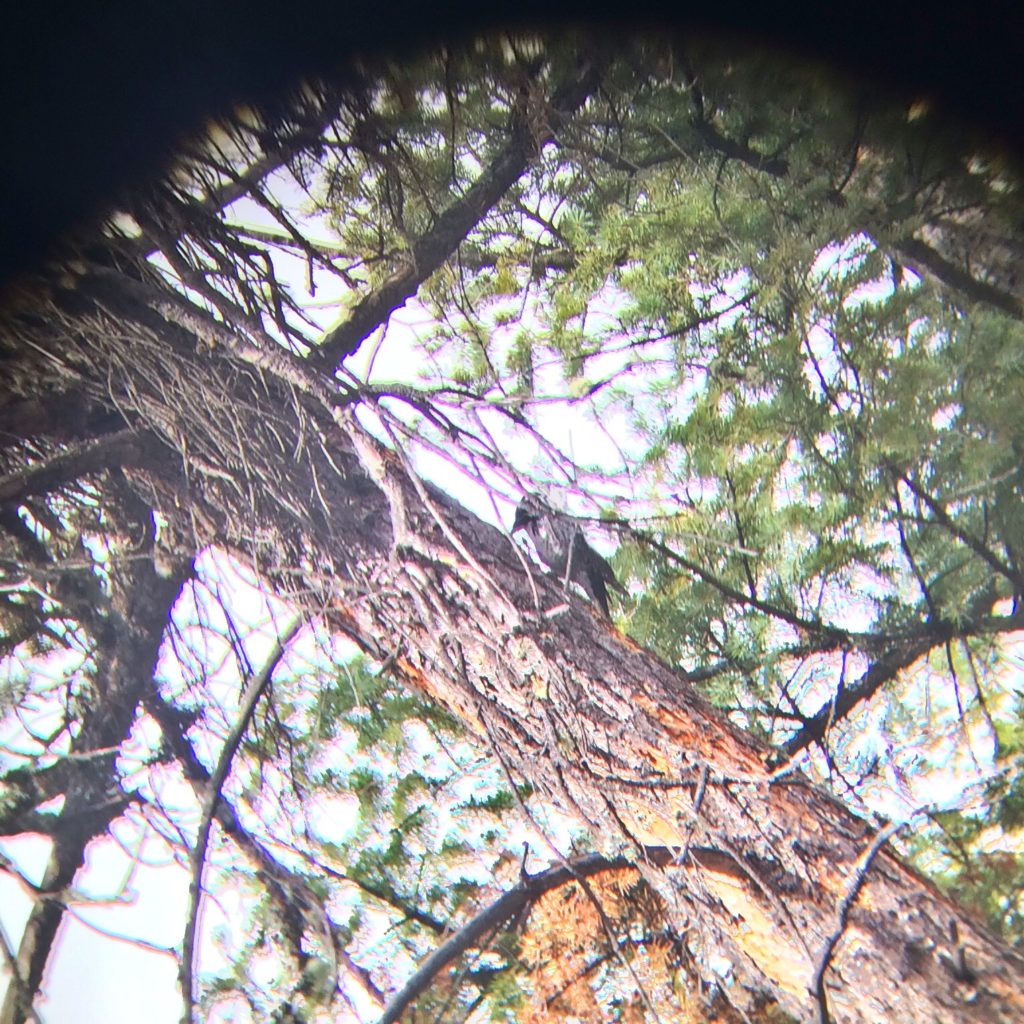 It didn’t come out in these photos (although you can get a hint of it in the top one), but I saw clearly that its forehead was yellow. I knew at that moment that I’d found a lifer. I never could get a satisfactory look at it’s feet to see that it only had three toes because it rarely stopped moving.

I even took some shaky video that turned out pretty worthless except that I was able to get this screen shot showing the back and barred sides. 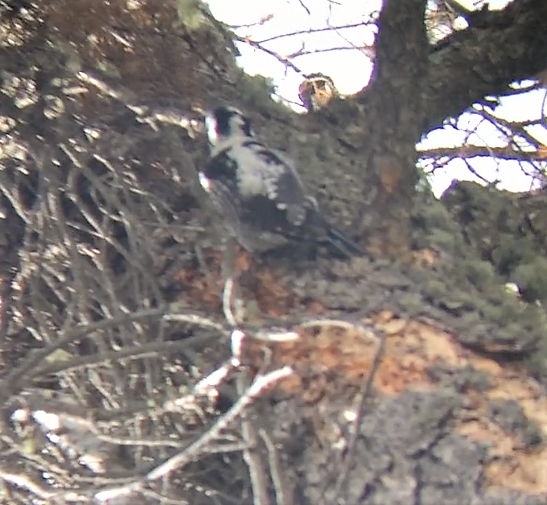 I watched the woodpecker for maybe 10 minutes. It never stopped moving, and bits of bark were constantly falling as it hammered at the bark. It worked its way up to the top of the tree, paused briefly on a small branch, and then flew off into the trees uphill out of sight.