This afternoon I hiked up to Palmer Lake Reservoir. There are actually two reservoirs, the lower one little more than a pond. Together they supply the water for the town of Palmer Lake. There’s an access road that leads up the canyon—no vehicles are allowed on it, but hikers and mountain bikers are. I brought my binoculars instead of my camera this time, so all these photos were taken with my phone.

I’ve had several conversations about this trail over the past couple months. Everyone said it’s a beautiful hike, and a steep one. Both statements were true. This is the lower portion of the trail, about where it begins to really climb. I had to stop to catch my breath every 100 yards or so. 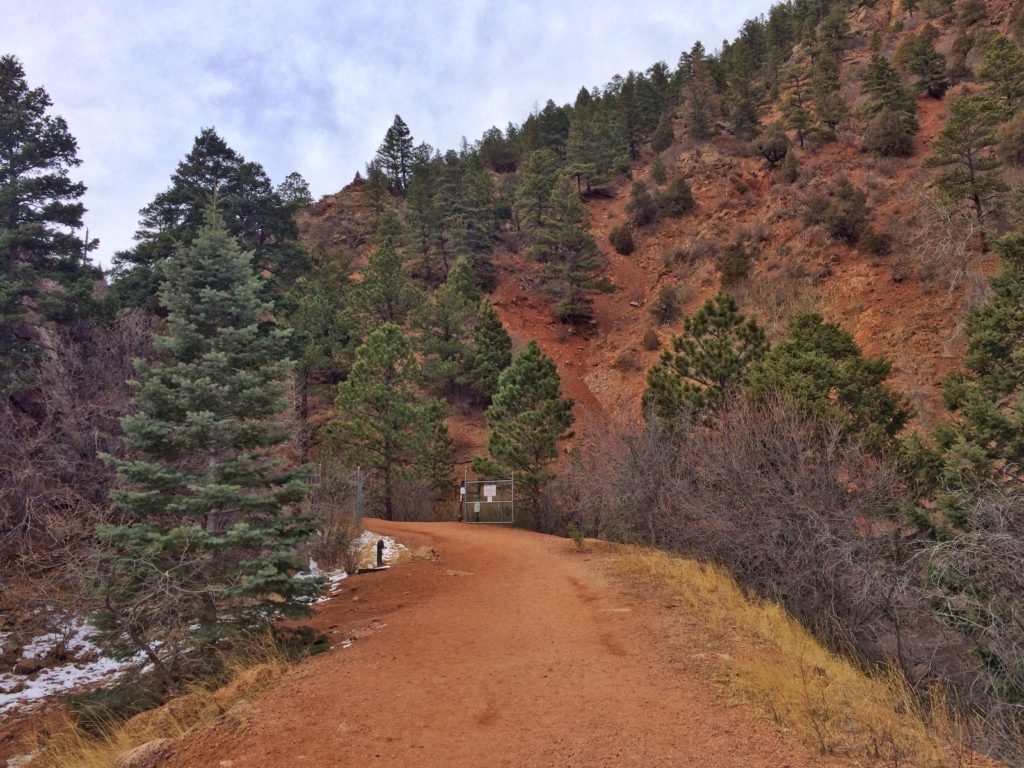 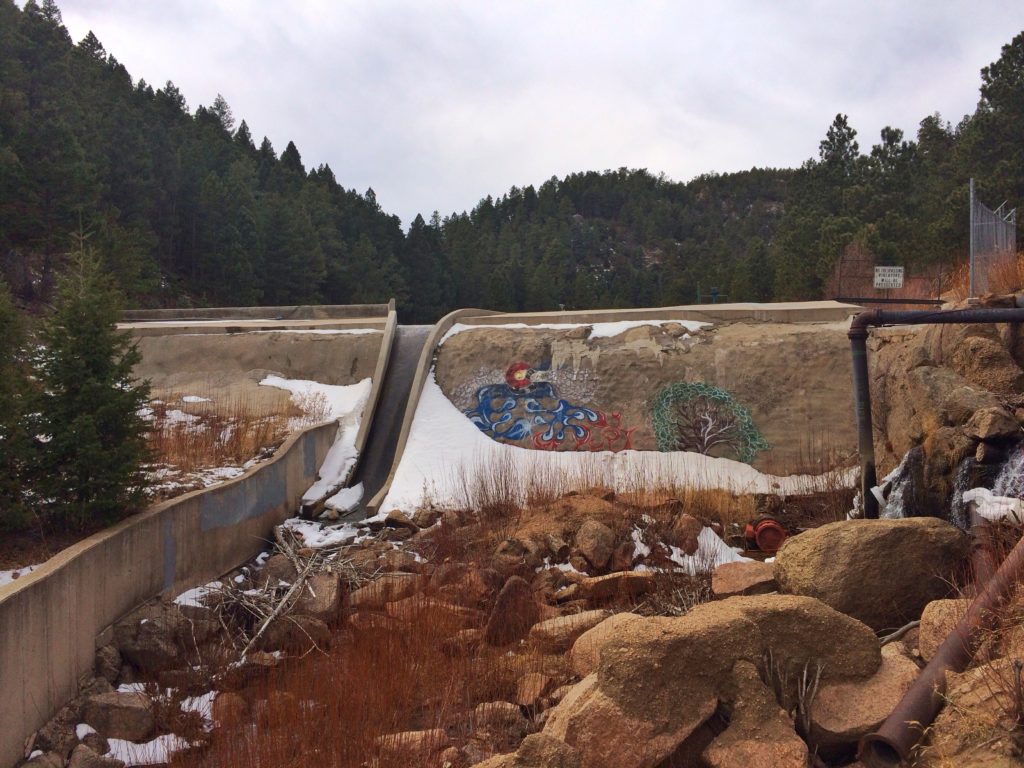 Looking the length of the lower reservoir from the upper end. 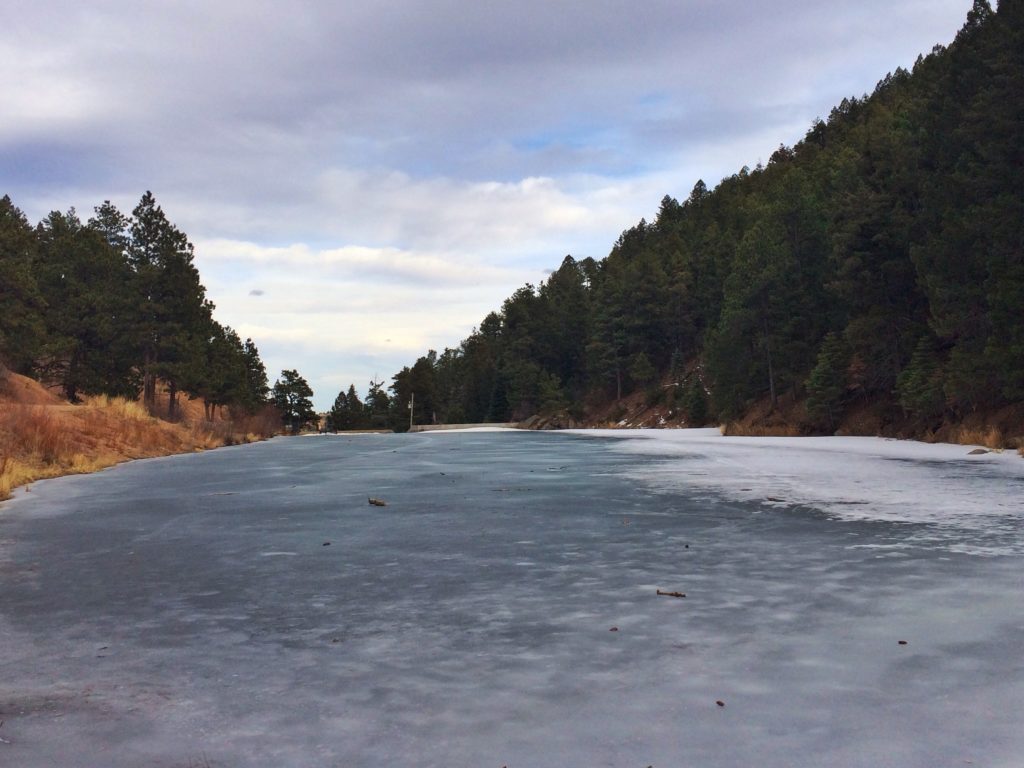 One of the side canyons that leads off just above the lower reservoir. More on this later. 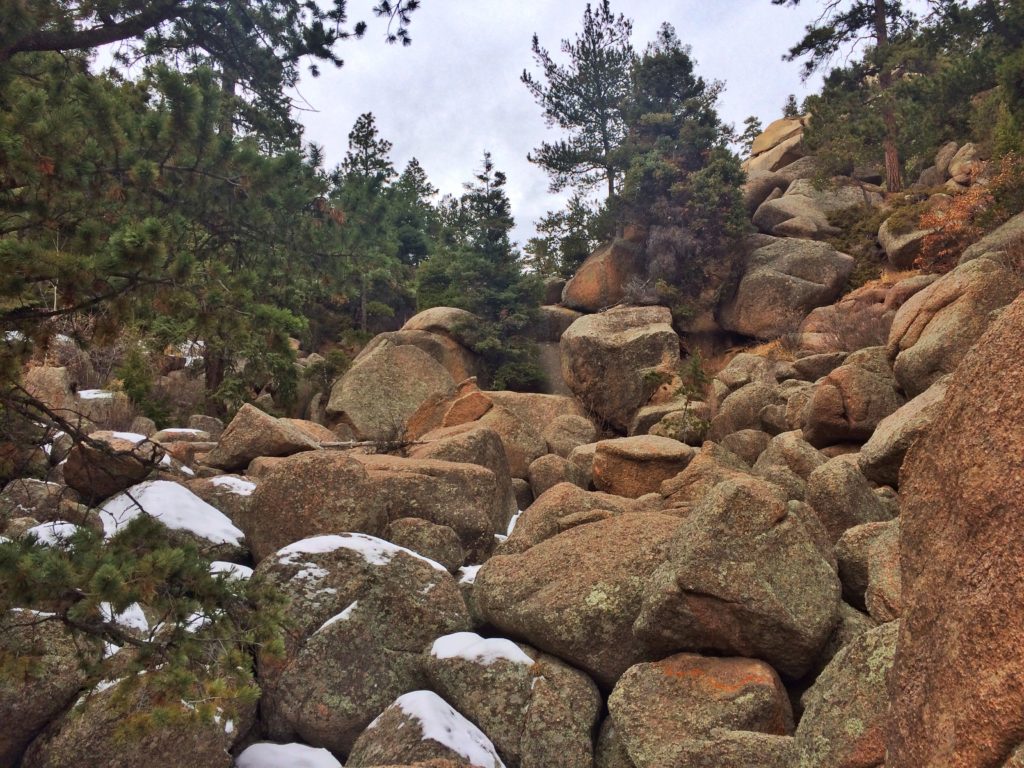 There were a lot of people on the trail, and probably two dozen of them were clustered around the lower reservoir, so I kept hiking up. The trail got prettier, but it didn’t get less steep. 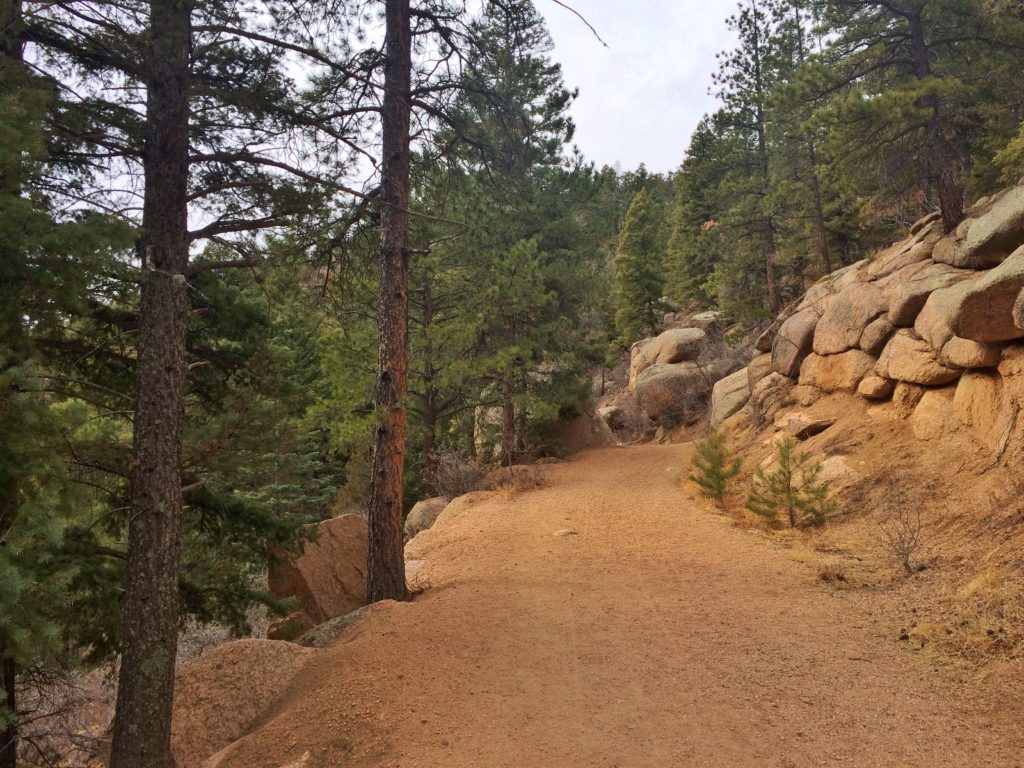 The dam on the upper reservoir. I’d already climbed 600′ from the trailhead. 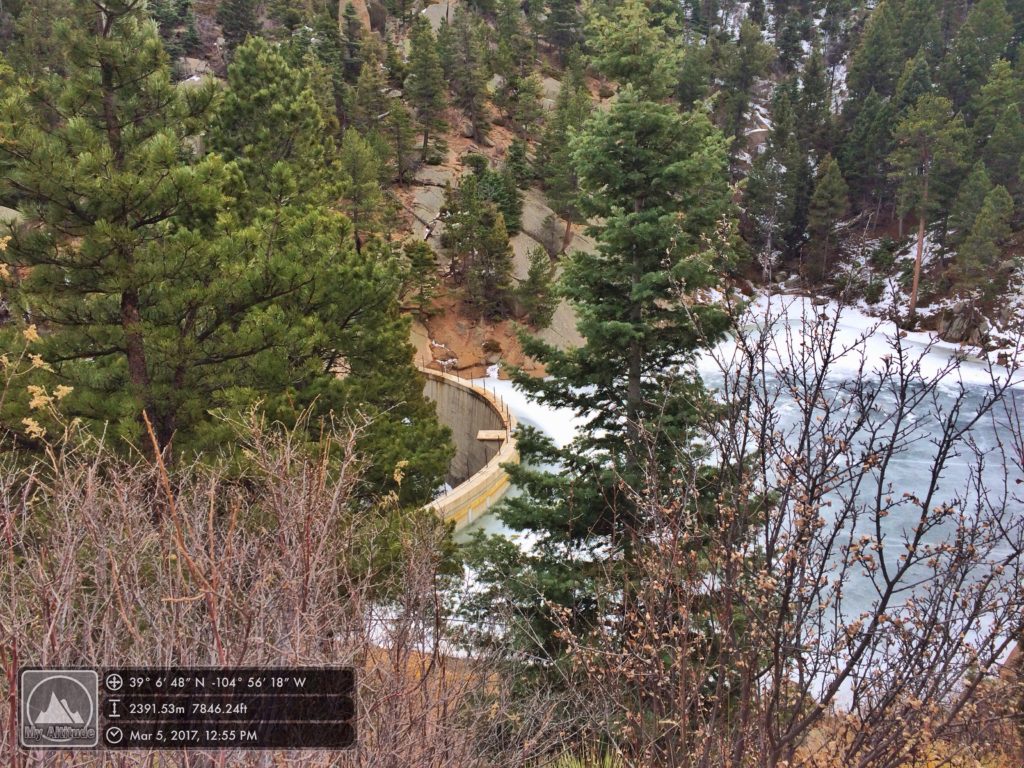 The upper reservoir. Not large, but probably eight or ten times the size of the lower reservoir, with a more attractive shoreline. 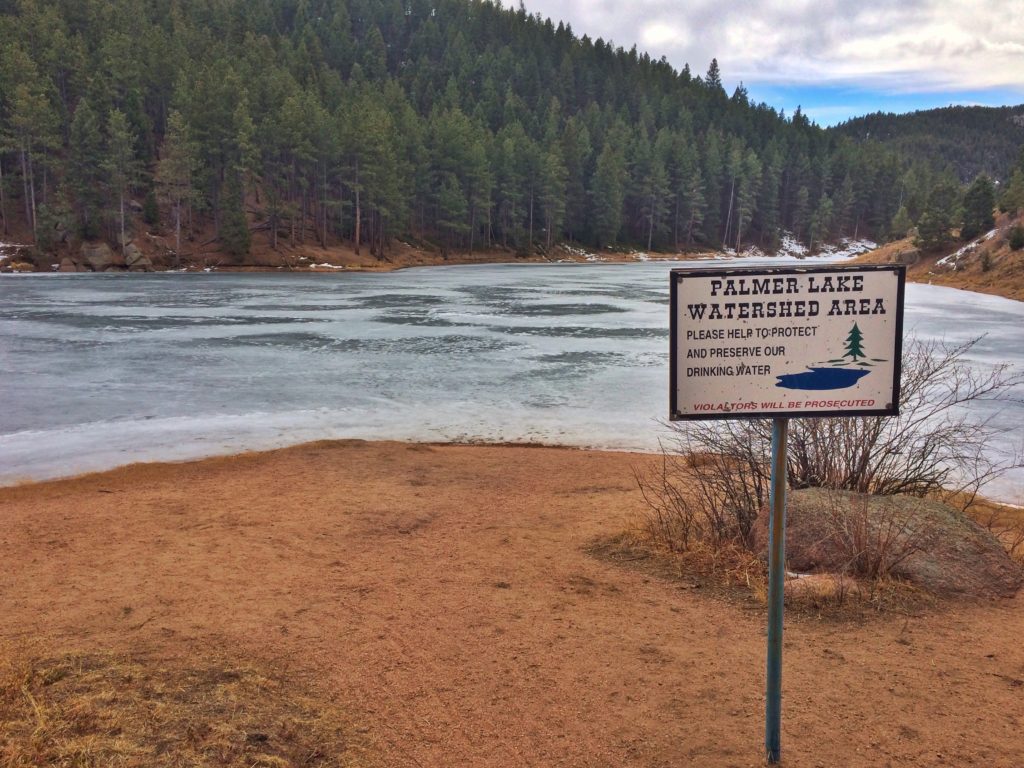 The spot where I took the photo above was about halfway along the lake. I didn’t make it any further because at the end of that arm on the right, I happened upon another path. I had no idea where it went, but it felt “birdy,” so I took it. Almost immediately, I saw two Steller’s Jays. 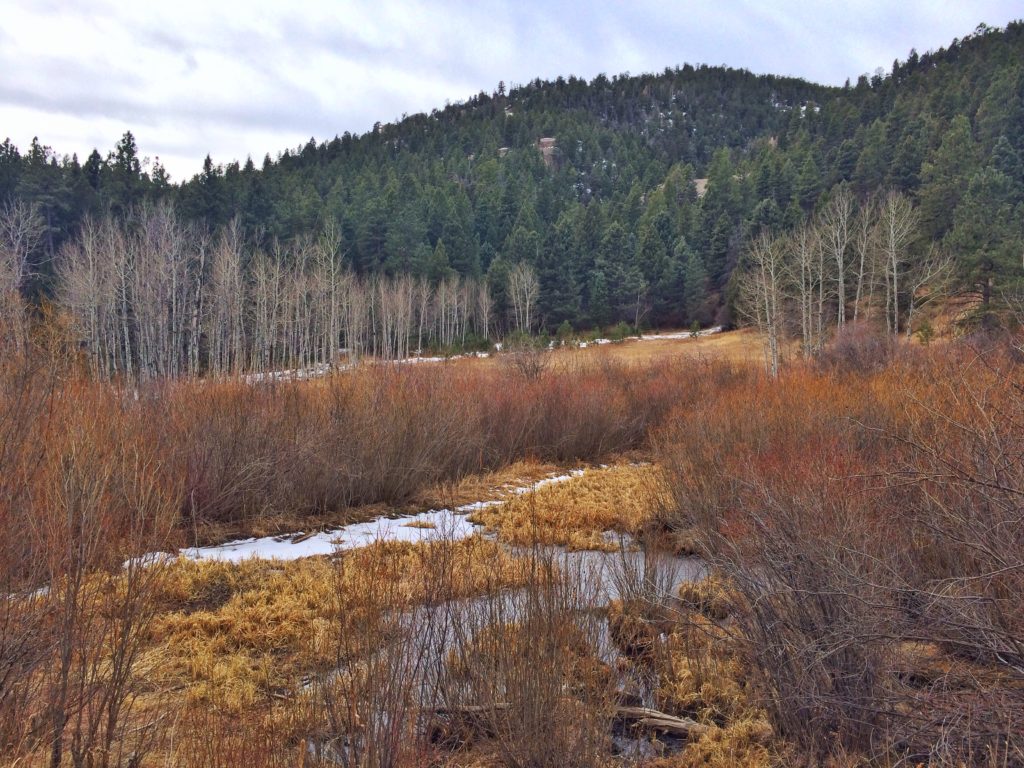 A guy on a mountain bike passed me shortly after I began the trail, but I didn’t see another person for the next 45 minutes. 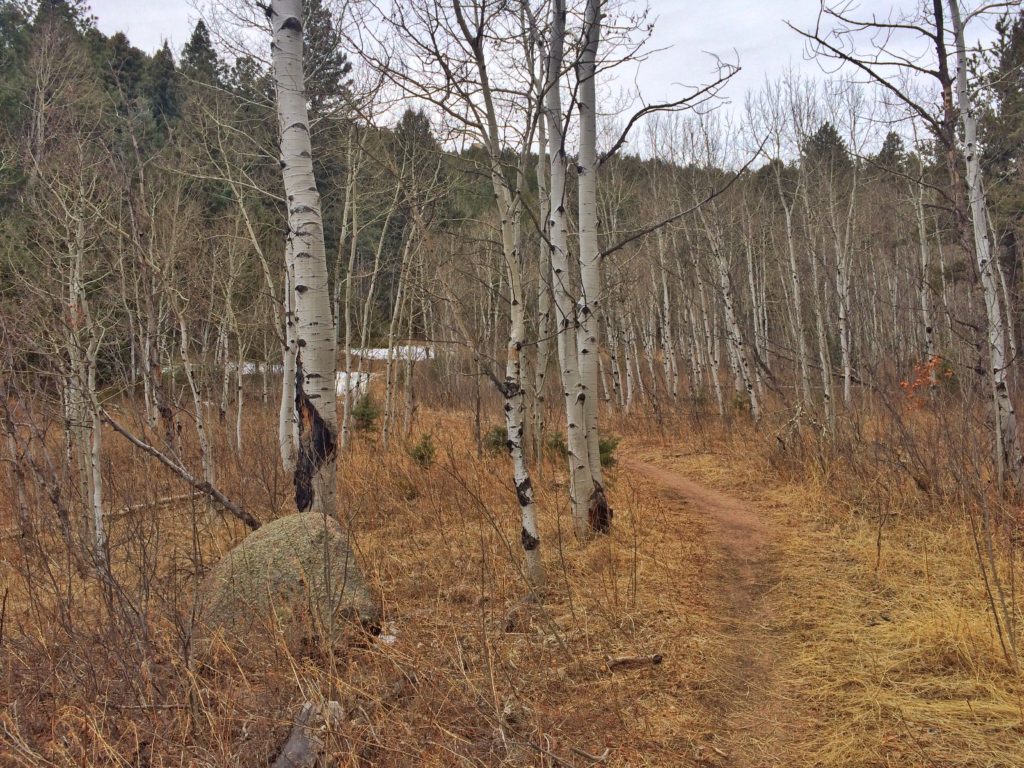 I kept thinking I might, and half hoped I would, see a bear stroll across the far end of one of these clearings, but I saw no mammals all day. 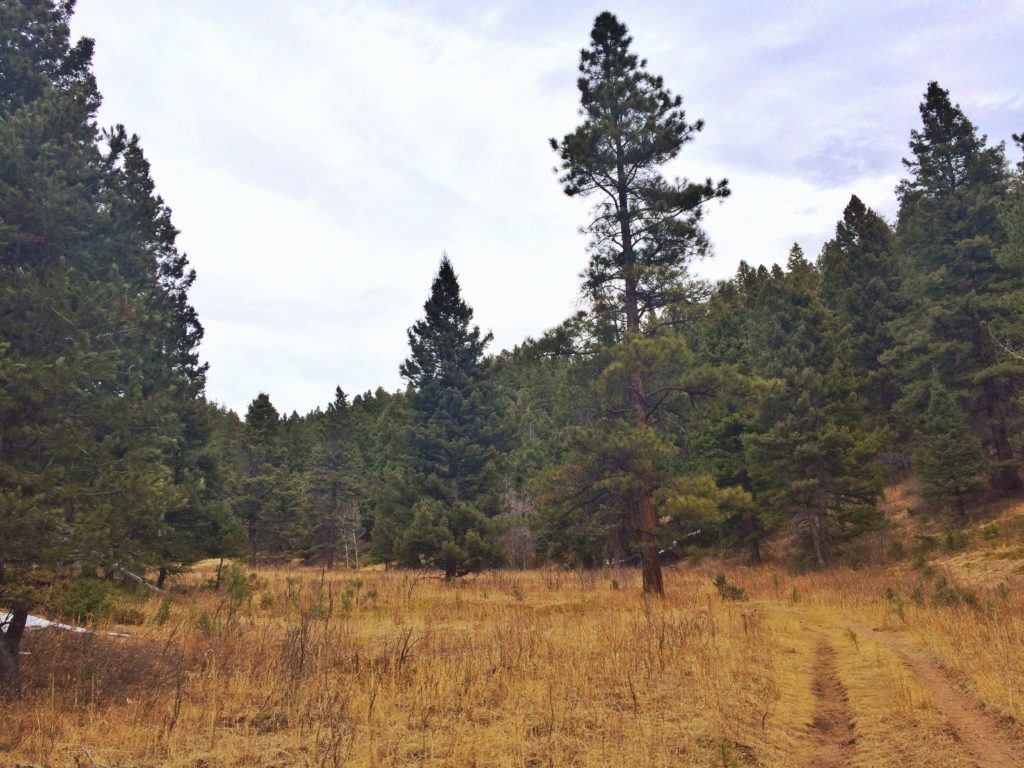 The trail began climbing up a steep slope with incredible rock formations. 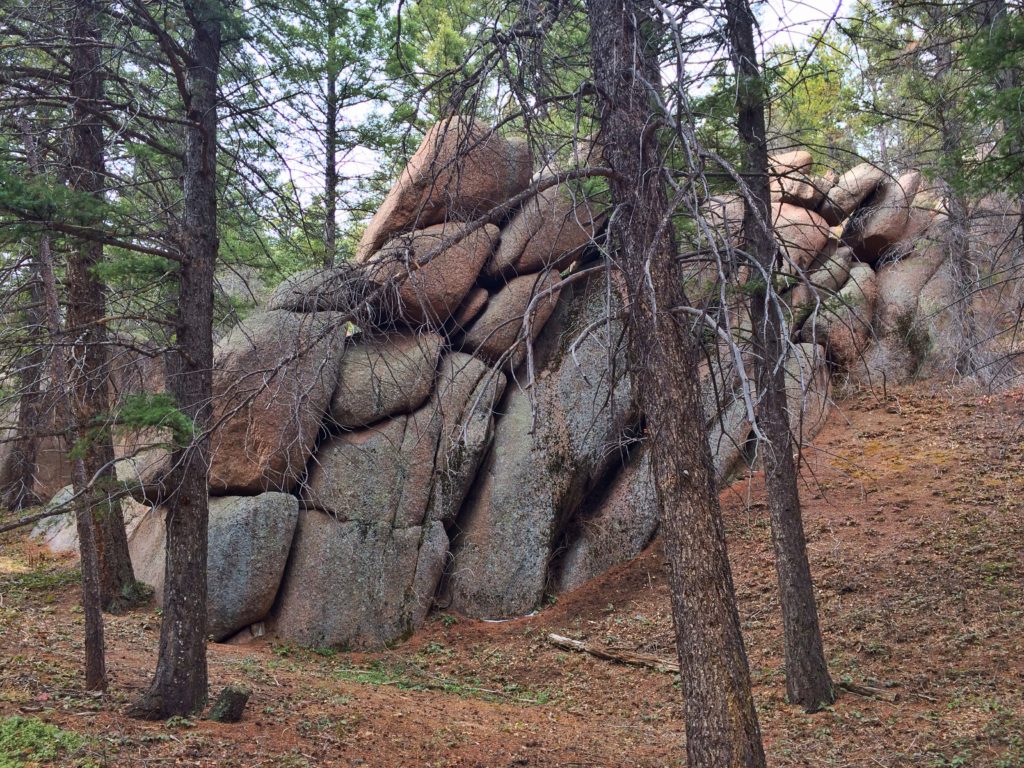 I finally reached a ridge after a climb every bit as steep as Mount Herman. For the next half mile, the trail ran along the crest. 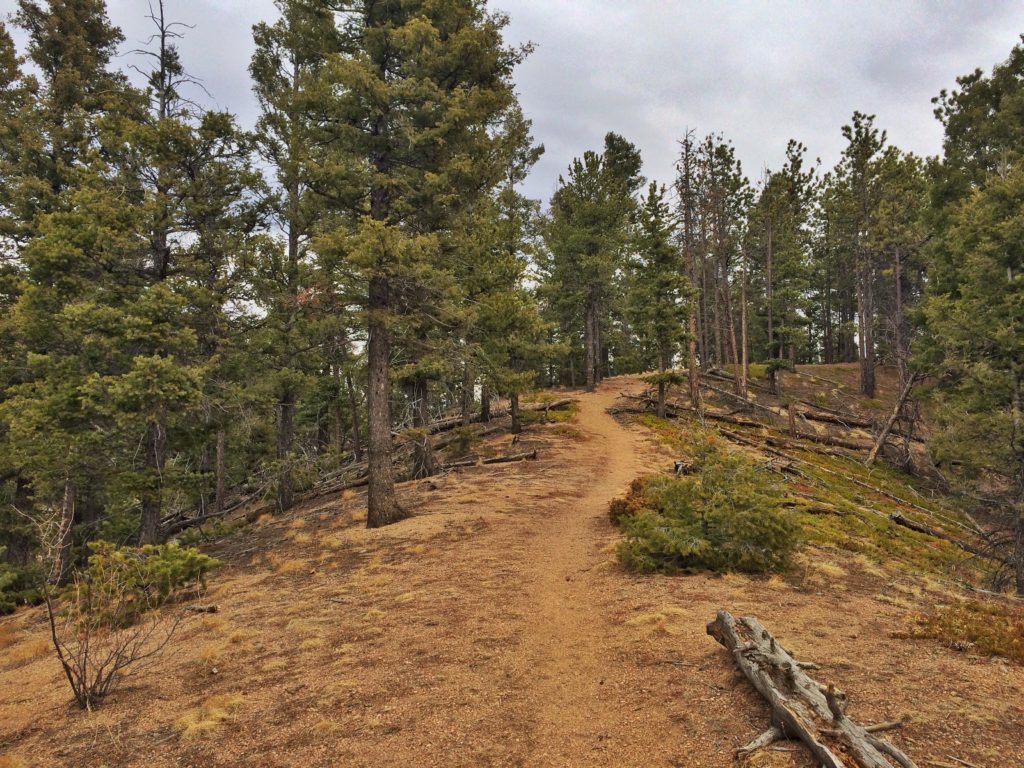 Eventually, I reached a point where the immediate land went downhill in all directions. I’m pretty sure this was the high point I reached on the day. 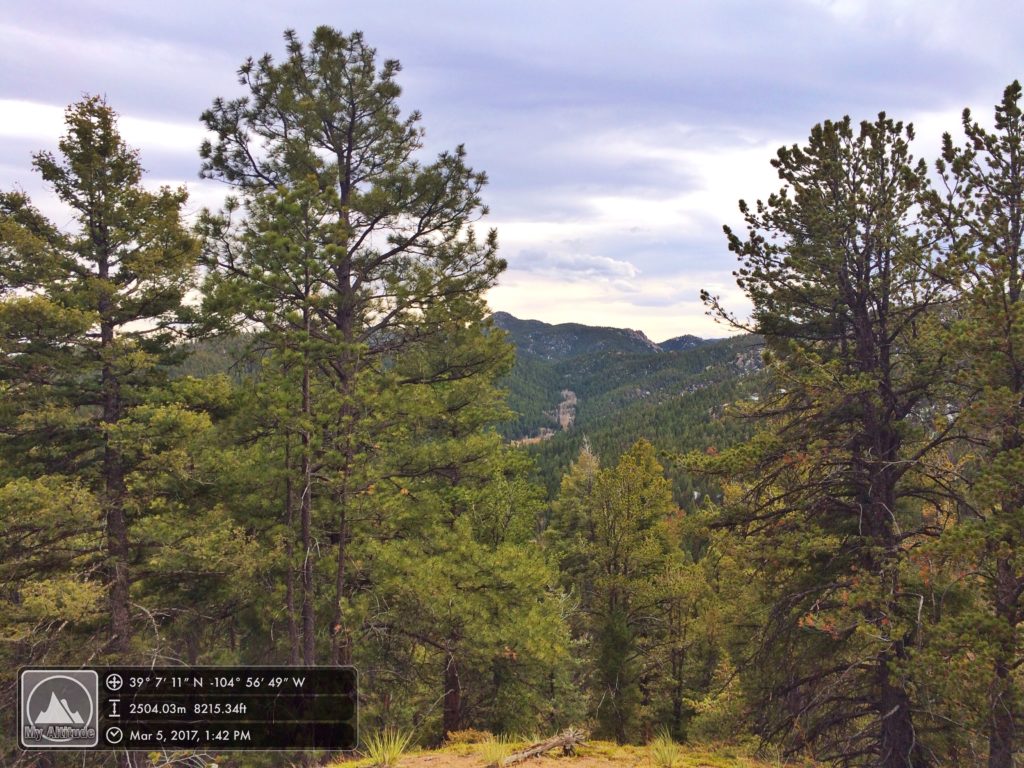 At this point I was confronted with a choice. I could go back the way I’d come, which wasn’t too daunting. Or I could continue on the trail down the other side of the ridge. And I hate back-tracking. I continued on. The trail wound down the hillside, at times going in the exact opposite direction from where I thought I needed to end up.

I stopped to listen for birds from time to time and, as it happened, stopped one time at exactly the right spot. But I’ll leave that for the next post.

At the bottom of this new canyon, I happened upon a creek. I figured the trail would follow it down to the reservoirs and was surprised a little later when, instead, it began heading back uphill along another fork of the stream. I was now hiking against the flow of the creek, and I knew that couldn’t be right. But I thought maybe there was a saddle and the trail would go down the other side. It was still fairly early in the afternoon, around 2:30, so I knew, worse case scenario, I could backtrack the entire way I’d come. (I’d been smart enough to pay close attention whenever I’d come to a fork in the trail.) I knew I could get back, but it would have meant five miles or so of steep ups and downs. I decided to go a little further. 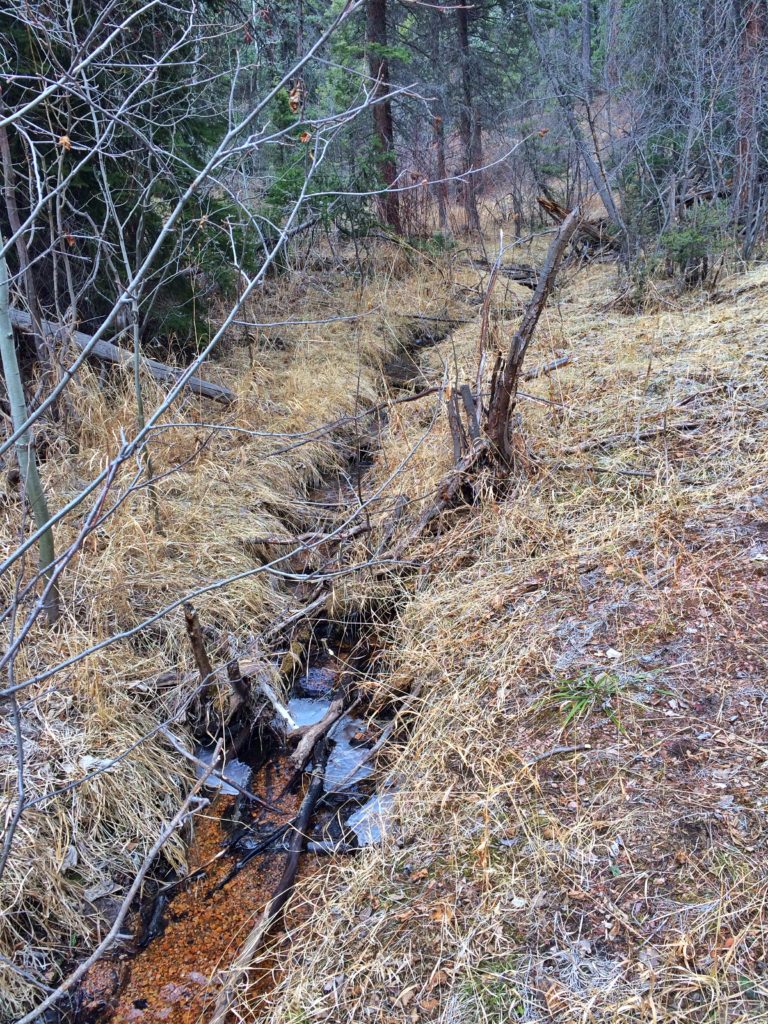 At that point, a providential and friendly mountain biker happened past. I returned his greeting and then asked if the trail I was on would lead back to the reservoir trail. He got a surprised look on his face and said no. I asked him where it did come out. He thought a bit, then said that it curved around and headed uphill to the top of a large rock formation that I’d seen earlier. I thanked him, let him go on, then turned around and headed back downstream. This time, when I found where the two streams forked, I looked around more carefully. I soon found a trail going in the direction I wanted to go. It had been hidden behind a fallen log. From that moment, I knew I was headed the right way. 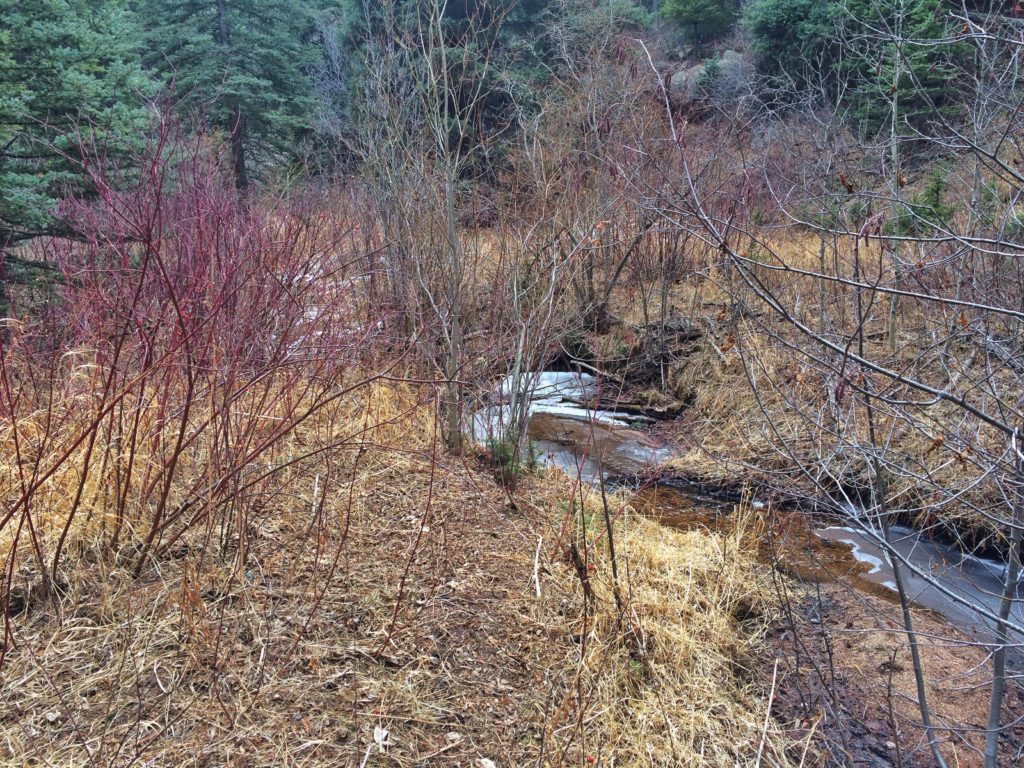 The terrain began getting rockier. 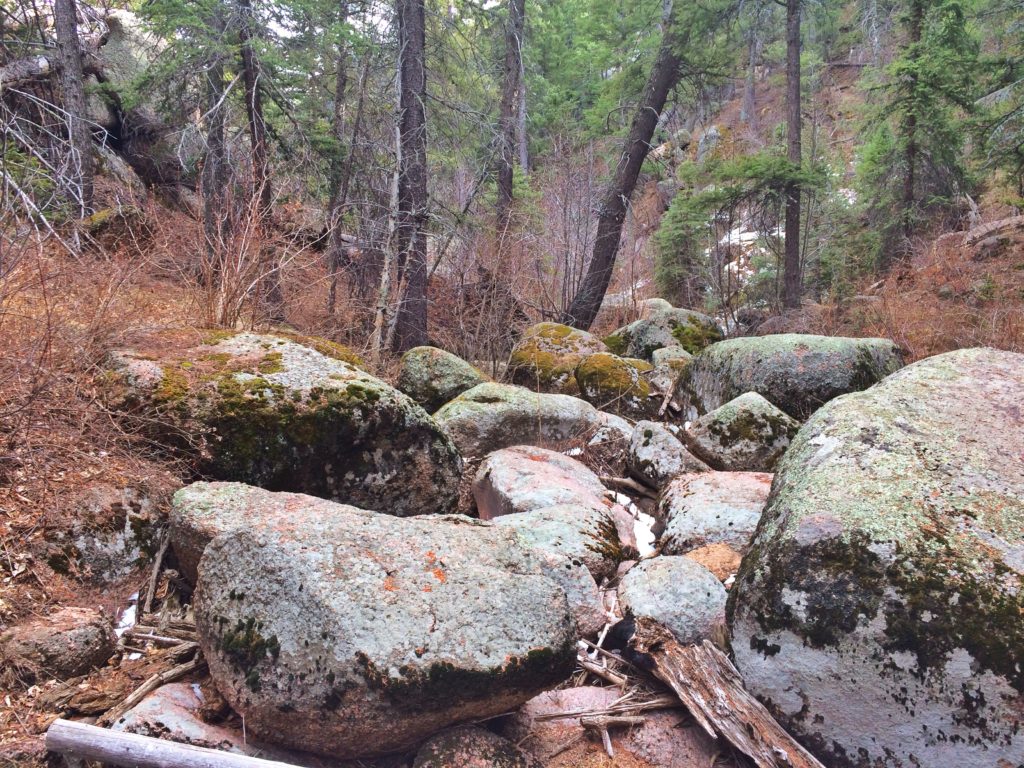 The trail crossed the creek and headed uphill, but still stayed along the creek. The views got increasingly beautiful with huge boulders scattered and piled all through the woods and up the hillsides. 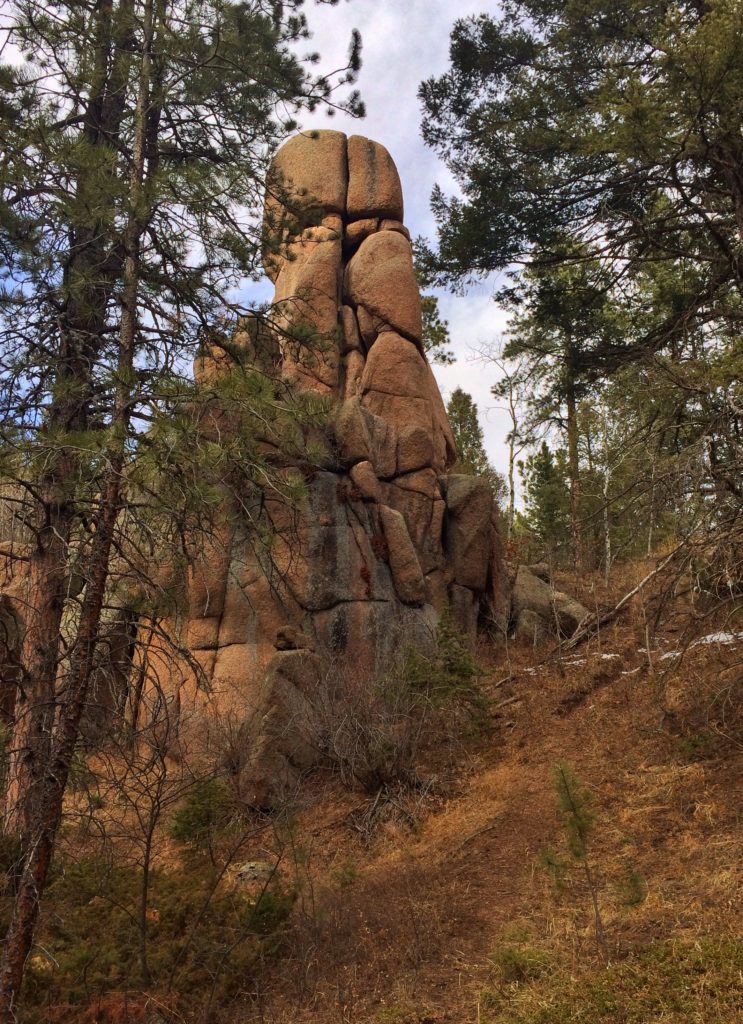 It’s hard to get a sense of scale in these photos. Some of these rocks were the size of cabins and even houses. 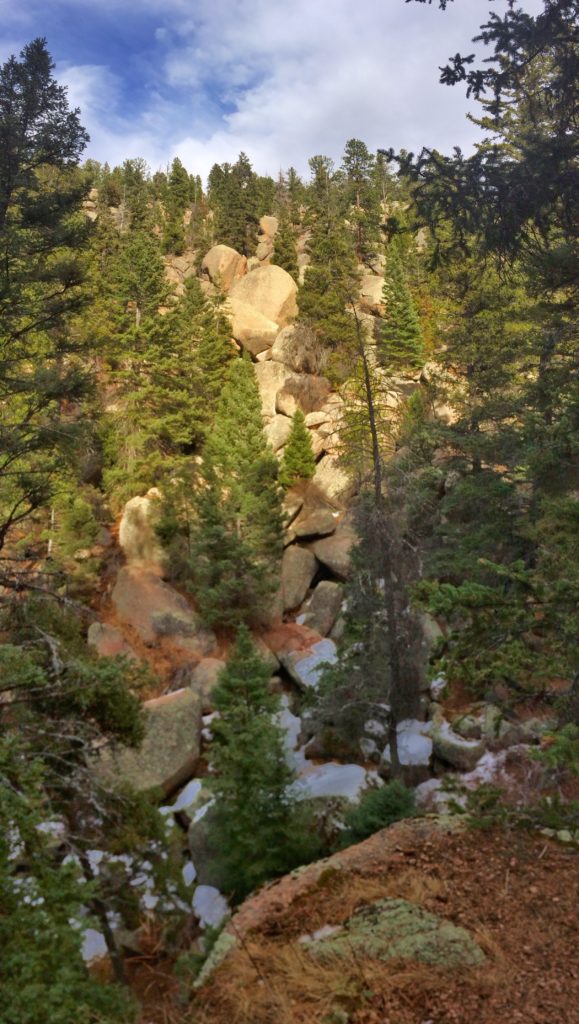 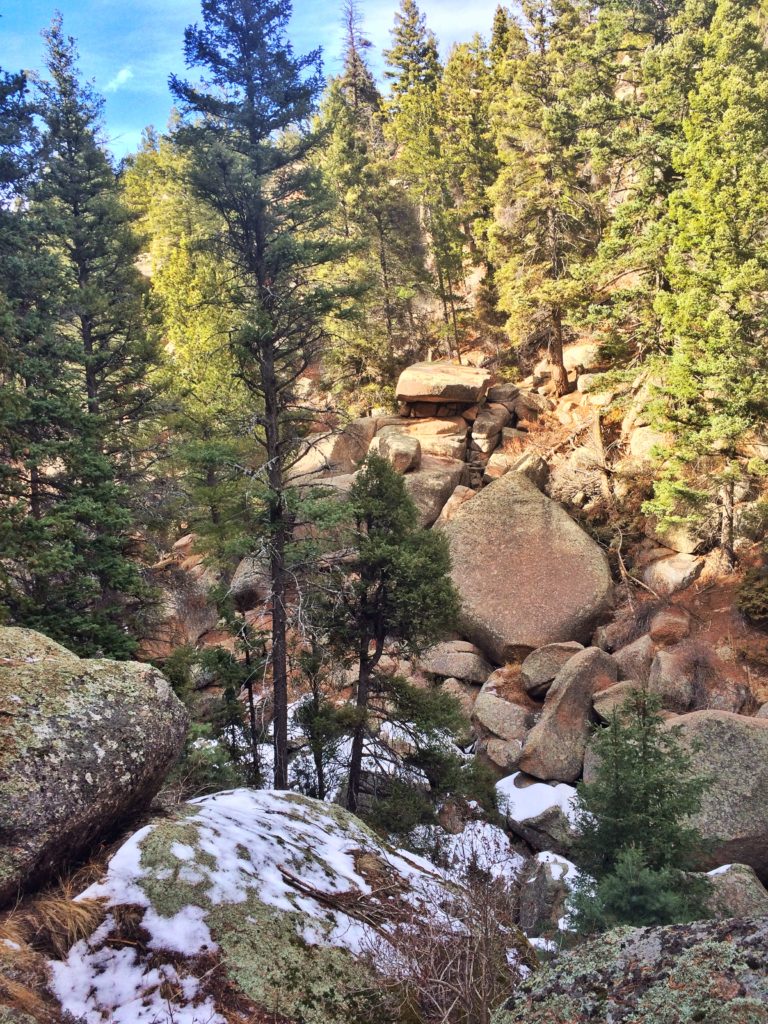 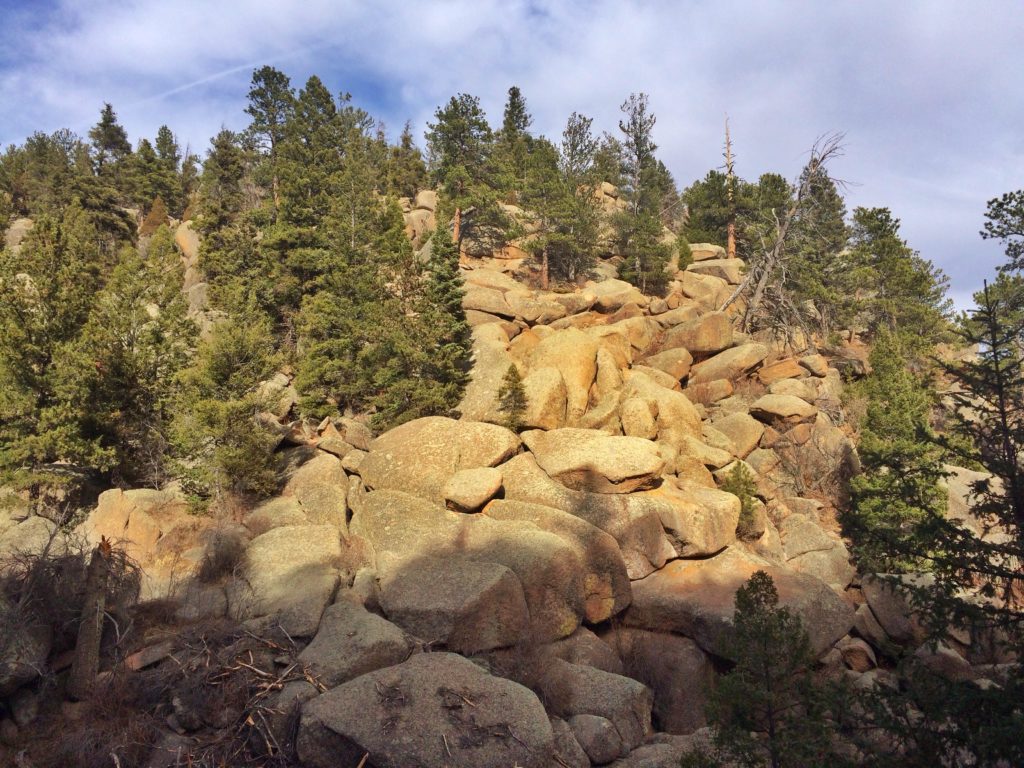 The trail here was very narrow and covered with ice and snow in places. I’d not worn my hiking boots because I knew the reservoir trail was a dirt road, but I was regretting it now. 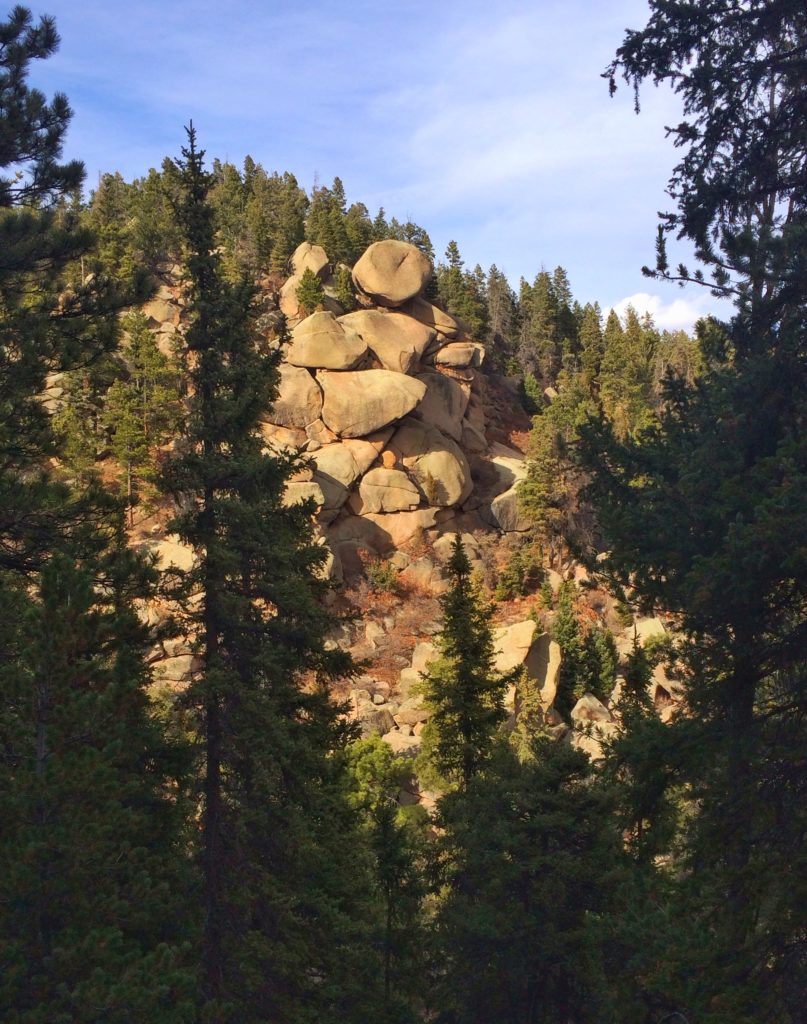 Finally I reached a place where I could see the lower reservoir and the eastern plains beyond. The thought that kept recurring to me all day was, This isn’t vacation. This is 20 minutes from my house. I can come here anytime I want. 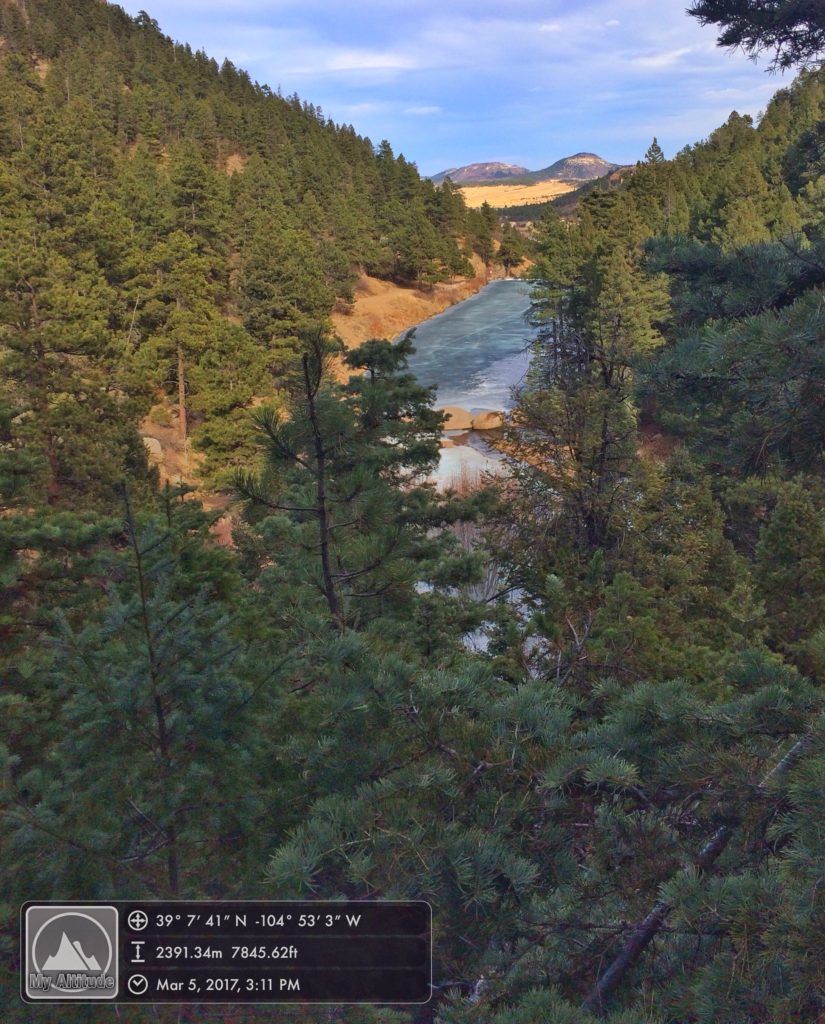 The trail began winding down the mountainside. I finally came out just above the upper end of the lower reservoir. It was obvious that the canyon I’d just hiked down was the same one I’d photographed earlier cluttered with boulders (fourth photo from the top).

I’m not sure what got into me at this point, but instead of heading down to the car (which would have been smart because I was nearly out of water and very thirsty), I turned right and hiked up to the upper reservoir again. The road was just as steep, and this makes no sense to me, but after climbing up and down hills for the past two hours, I was able to hike all the way up with only one stop. It makes no sense that it would be easier, but it seemed like it was. 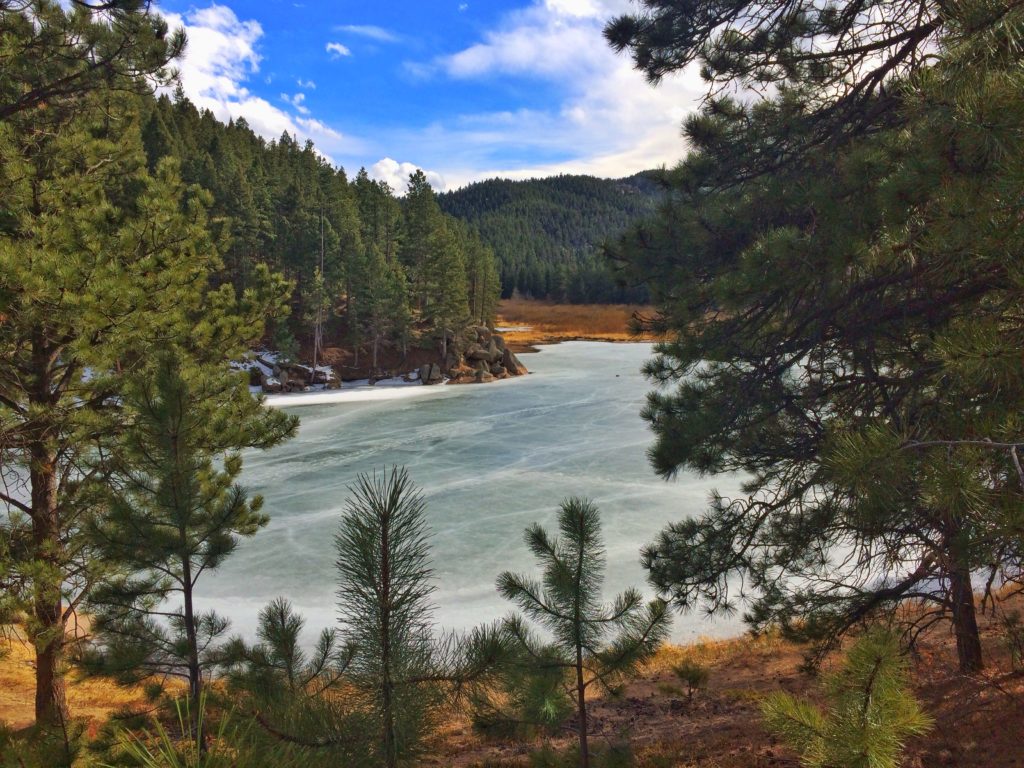 I hiked all the way to the far end of the reservoir.

This shot is from the upper end, looking back toward the dam. 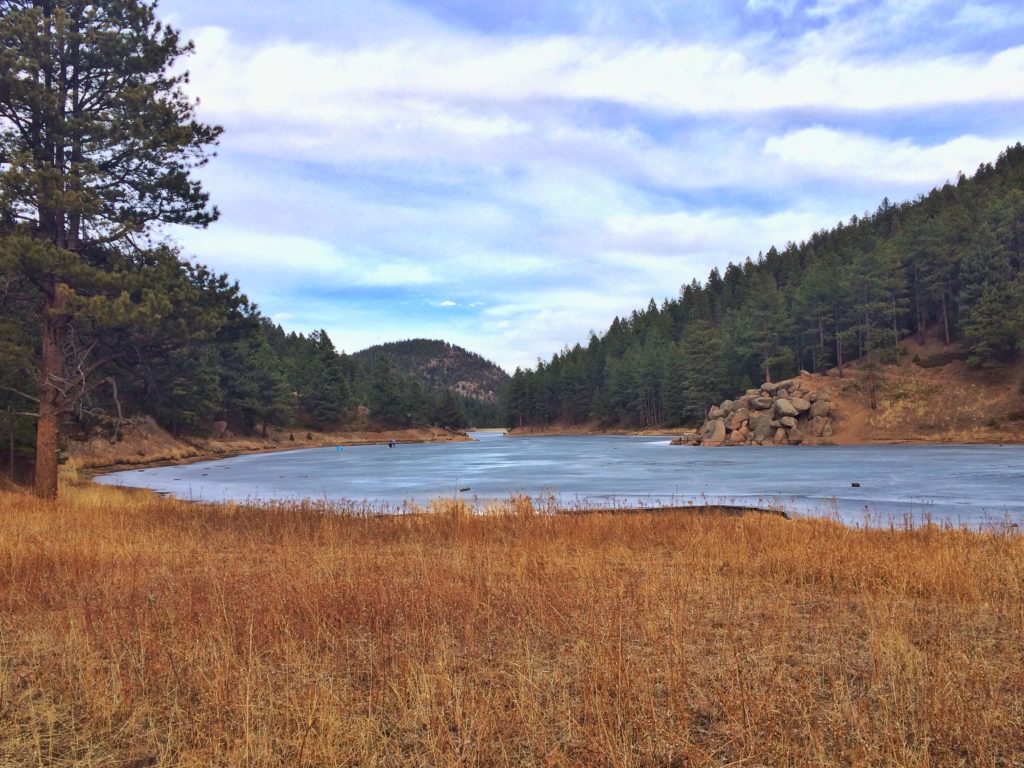 I didn’t get many photos on the way down because my phone conked out. I know I walked more than seven miles, at least three of them steep uphill. But it was beautiful. I’ll do it again (except with more water and with hiking boots and without the excursion up the side canyon where I met the helpful mountain biker.)

Along the way, I saw: