To Oklahoma City and the Cowboy & Western Heritage Museum

On the second Monday of our stay, three of us drove three hours to Oklahoma City to visit the National Cowboy & Western Heritage Museum. We stopped in Fort Smith for breakfast at Irish Maid Donuts. 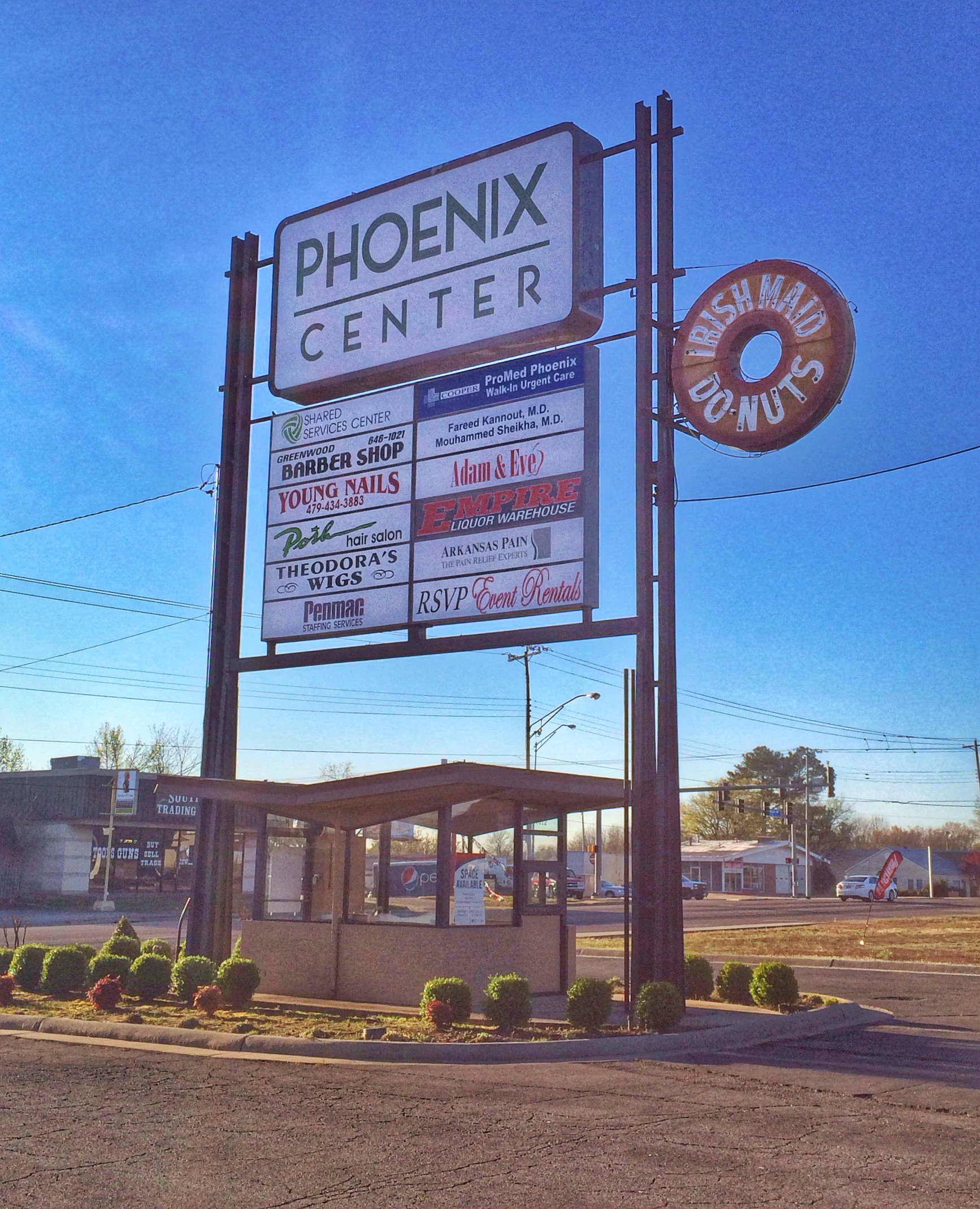 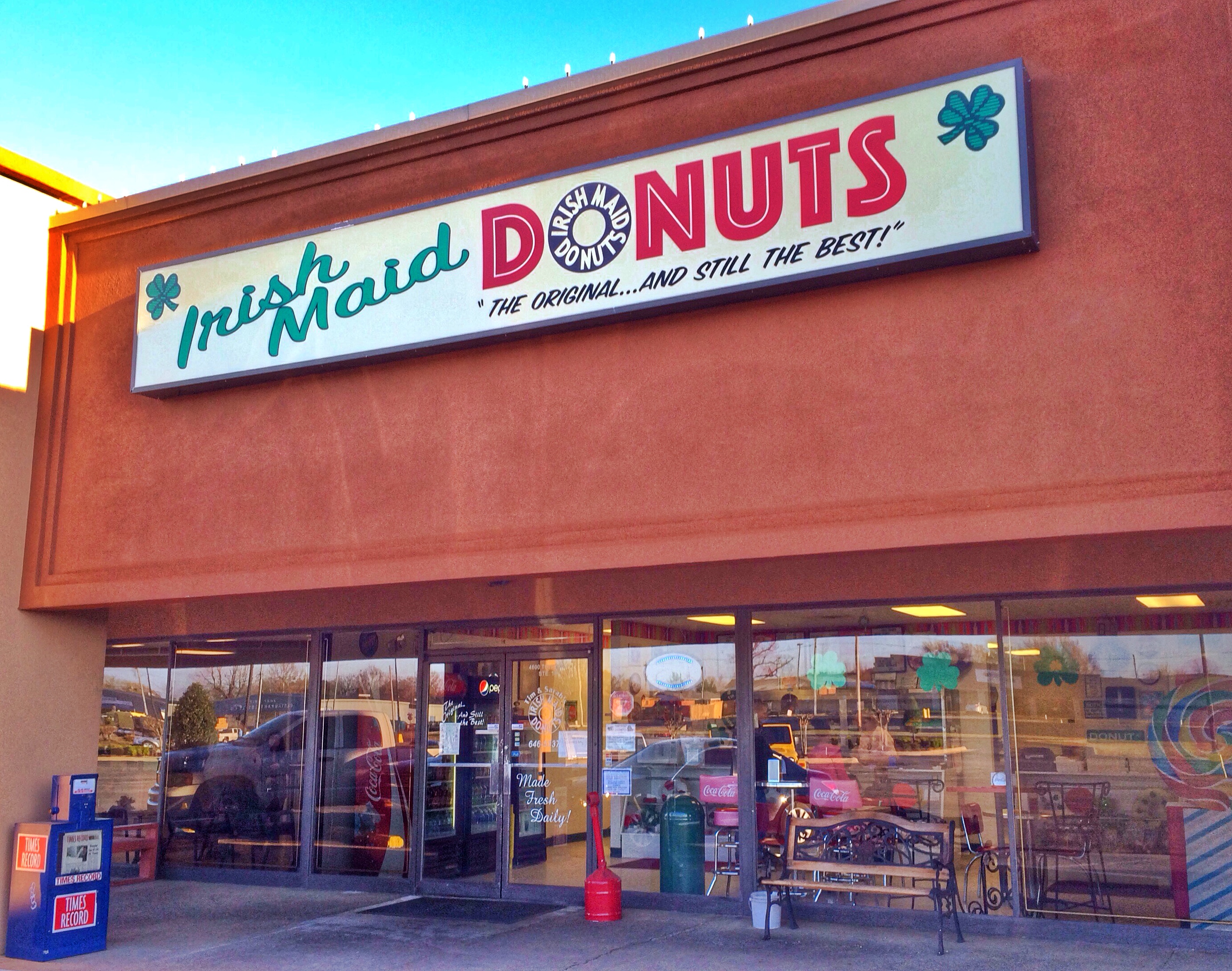 We spent about four hours at the museum. It was very well done, with exhibits on Indians, rodeo, cowboys, the Army and hunting in the west. There were several galleries of western art, one on western movies and TV shows and small displays of Navajo rugs, bolo ties, barbed wire, etc. I was hoping for more on the events that shaped the west rather than just an overview of the cultures. Much of the museum was filled with artifacts that, while authentic and interesting, weren’t placed in the context of history. There was a courtyard outside with statues of famous western characters, the flags of the western states, and graves of famous rodeo animals. 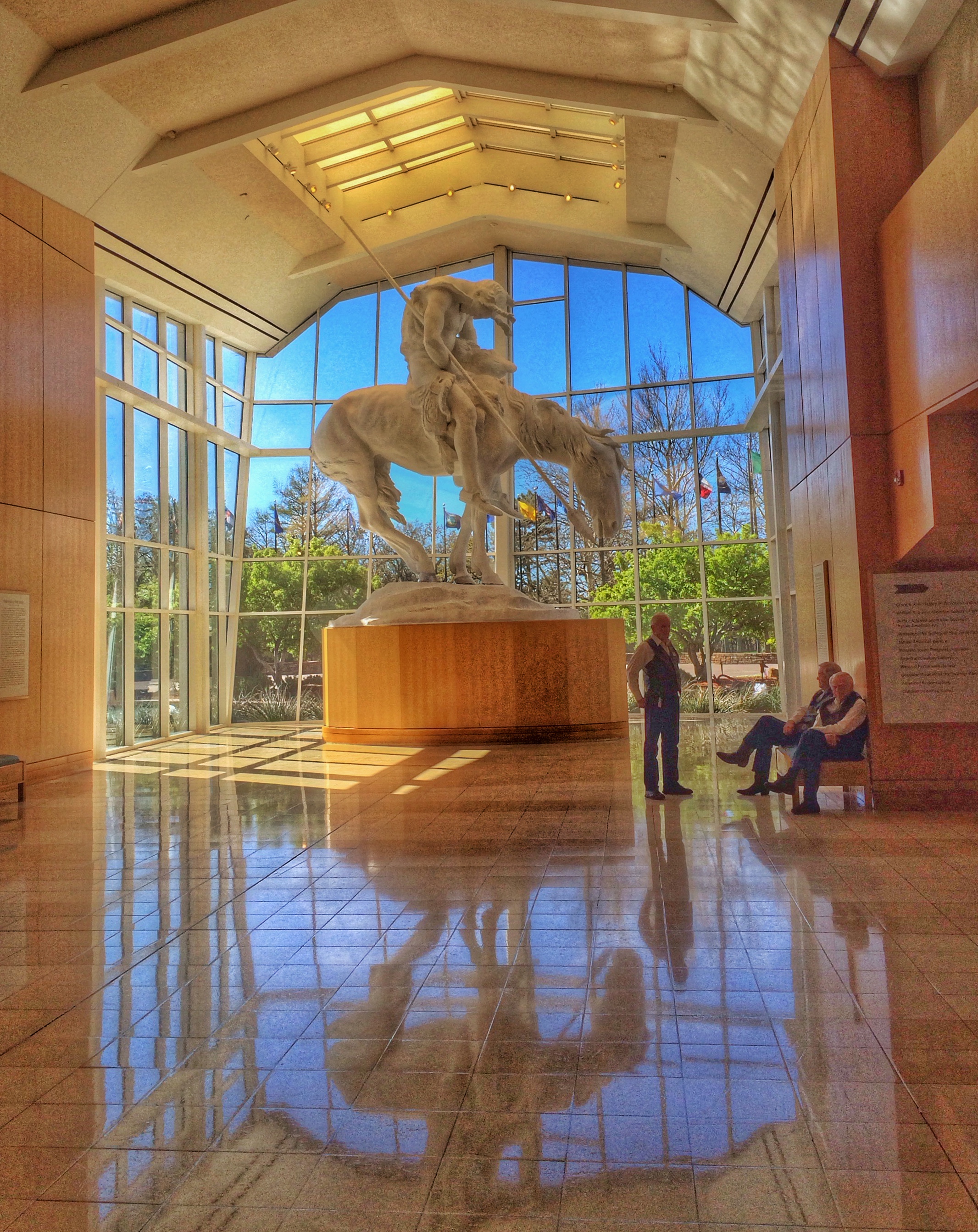 Tumbleweed, which isn’t native to the west. It’s Russian thistle brought over with flax seed in the 1870’s. 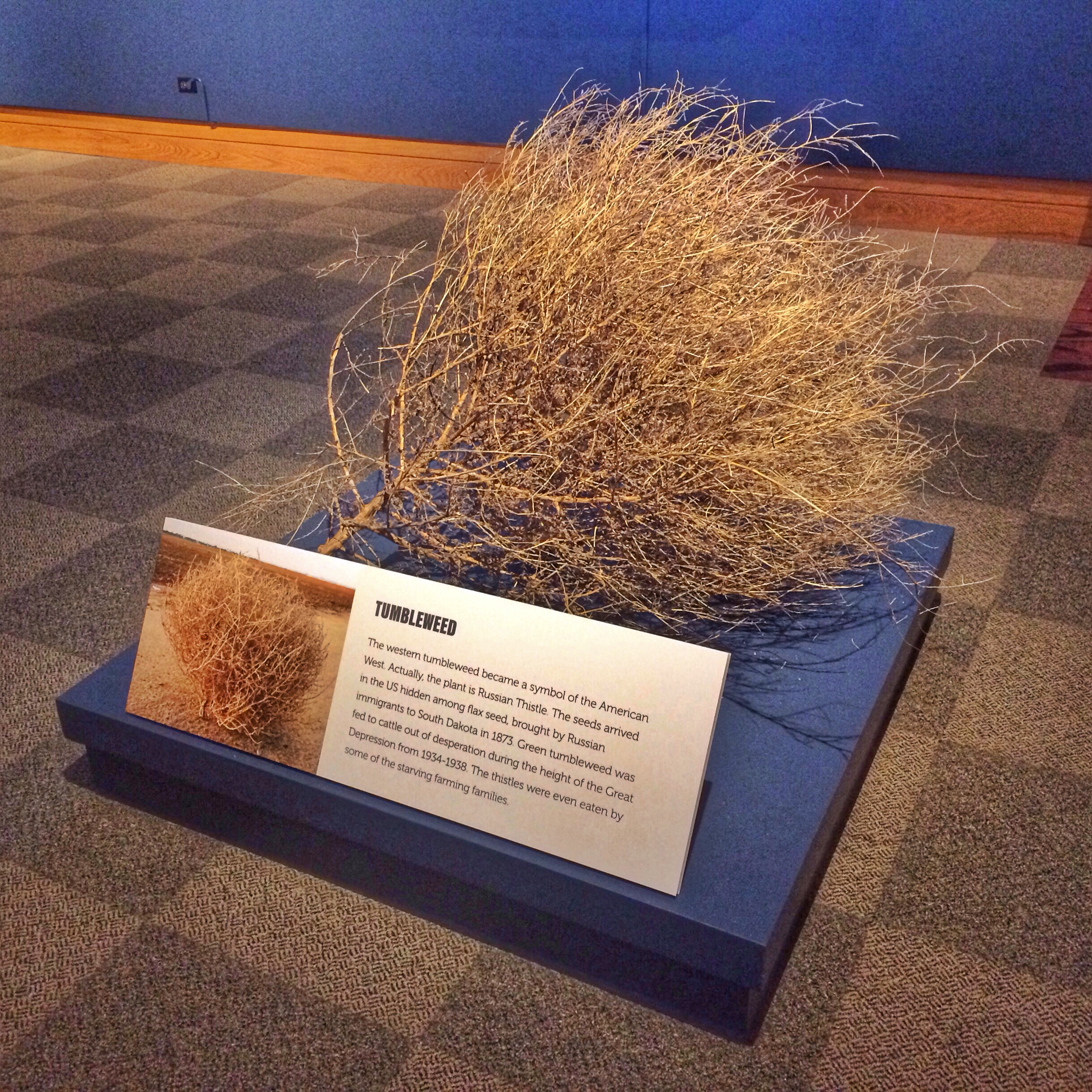 The chuck wagon from the cowboy exhibit. 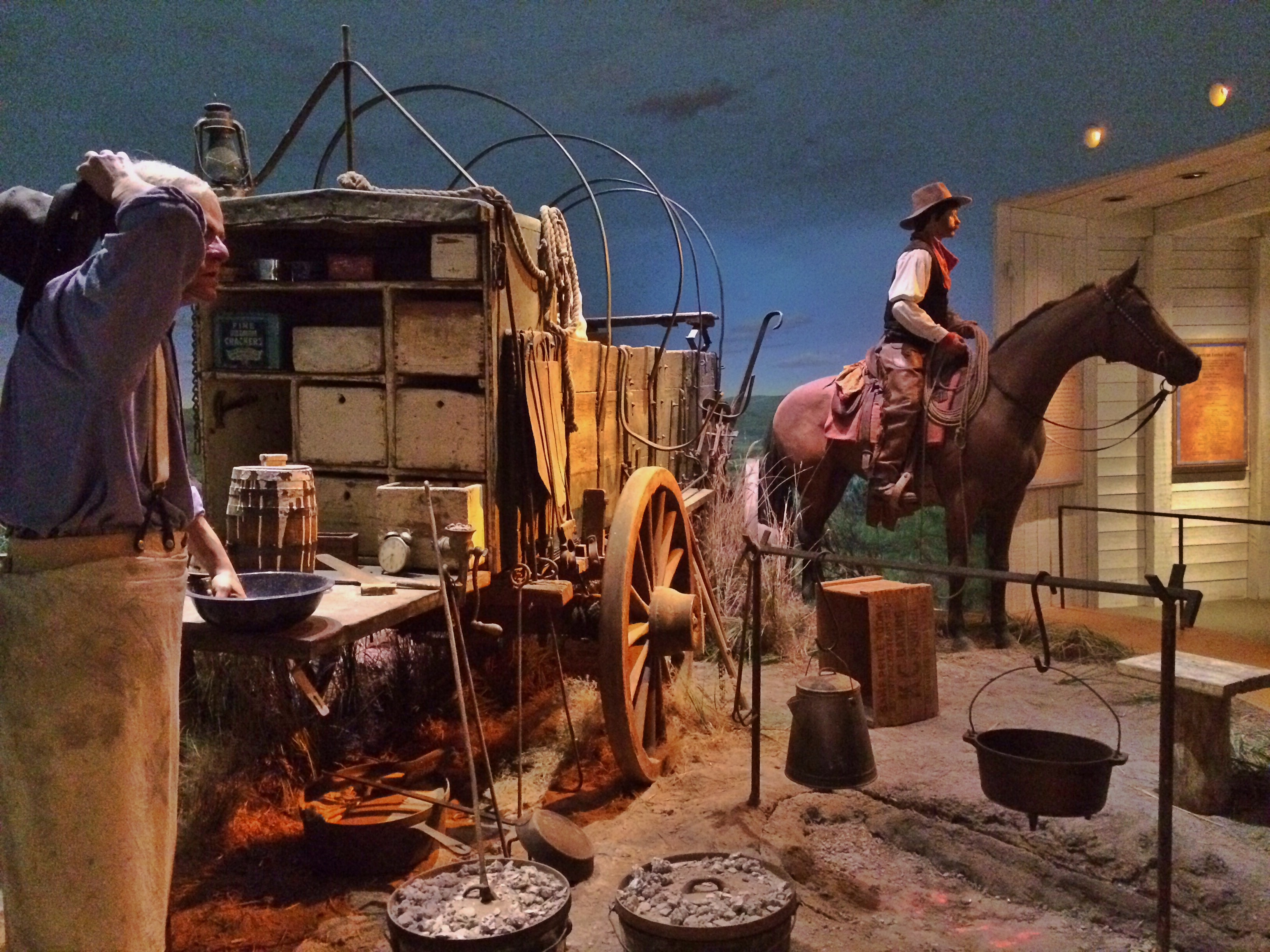 A few of the over 8,000 types of barbed wire on display 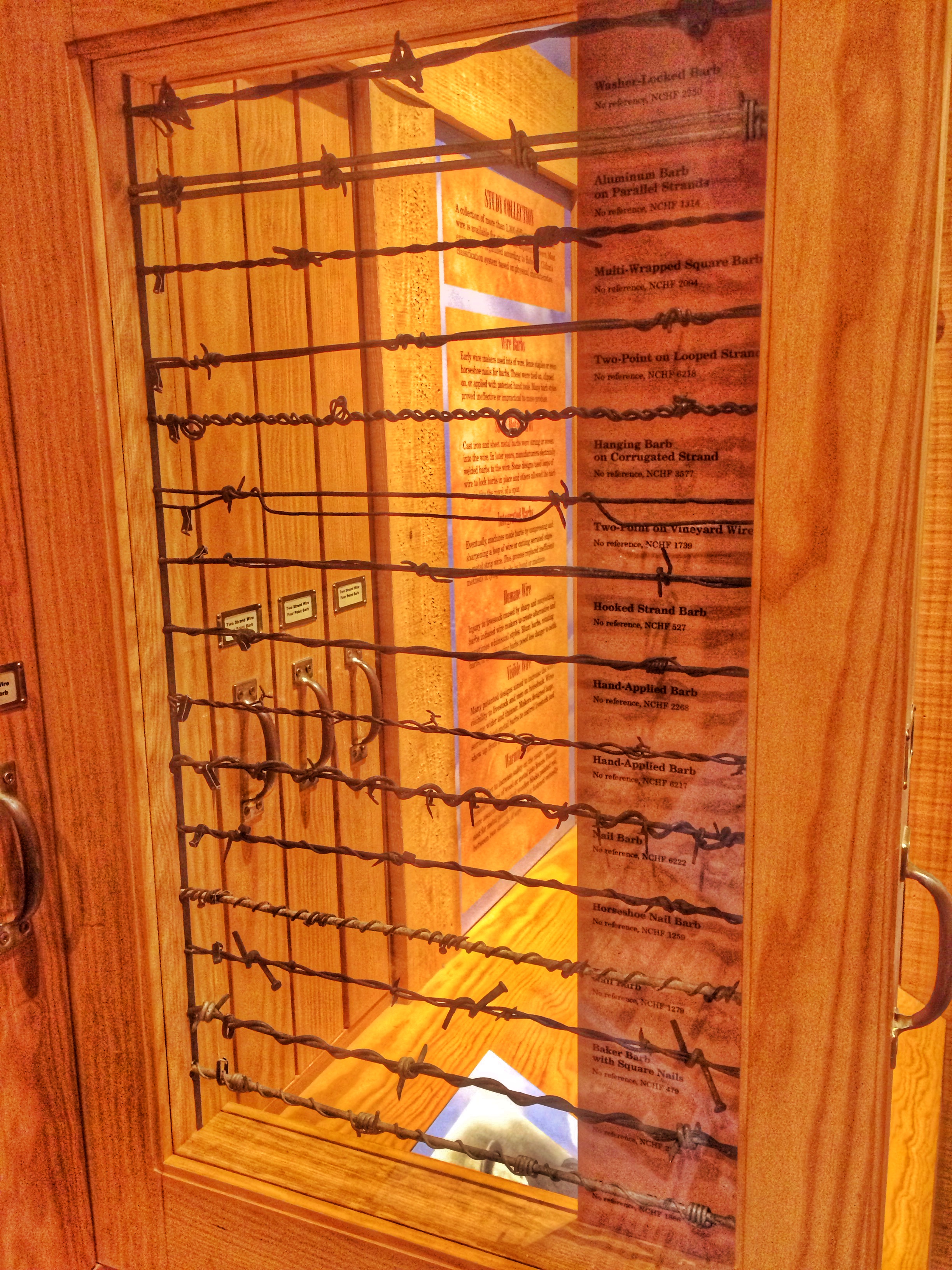 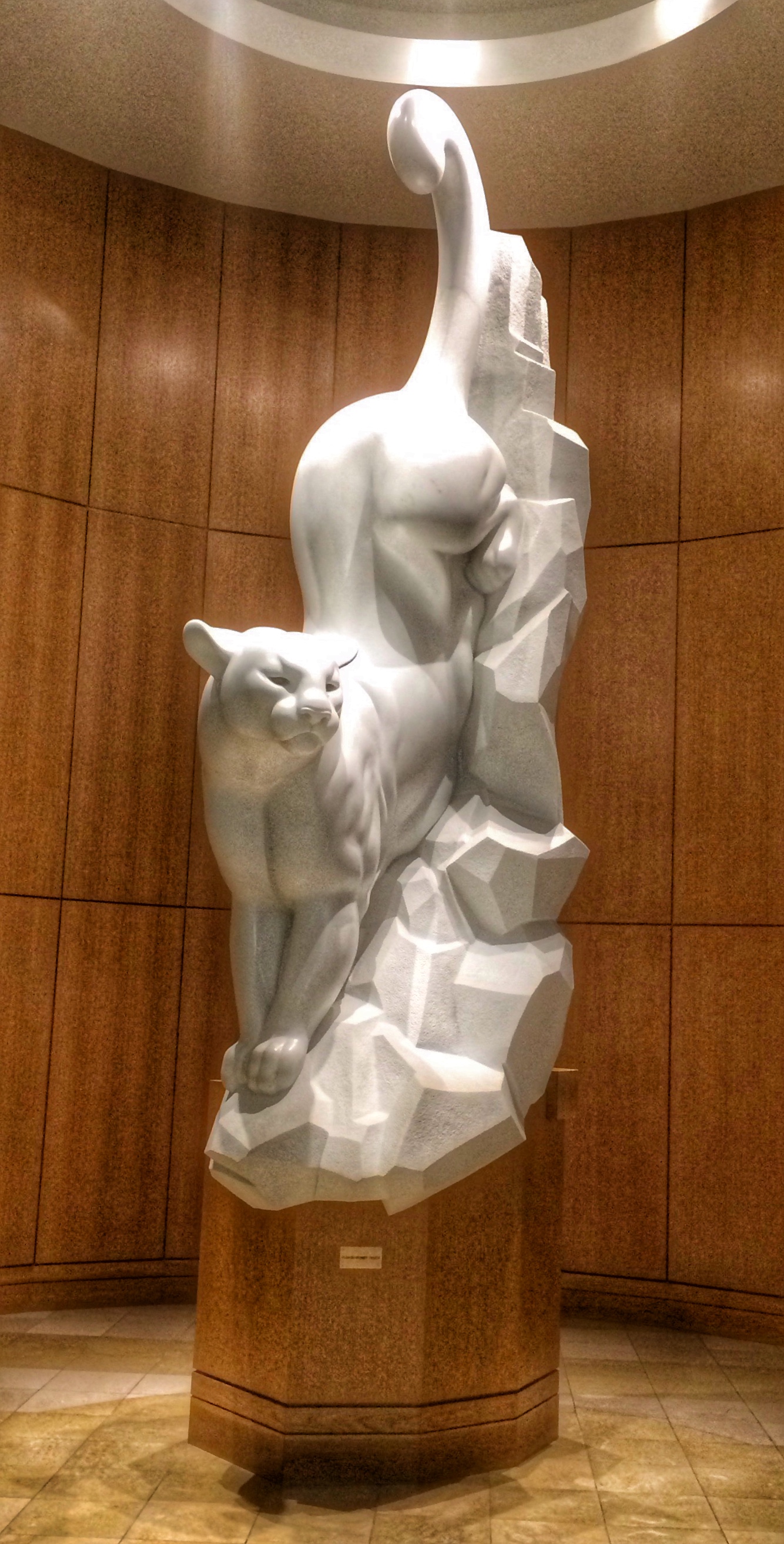 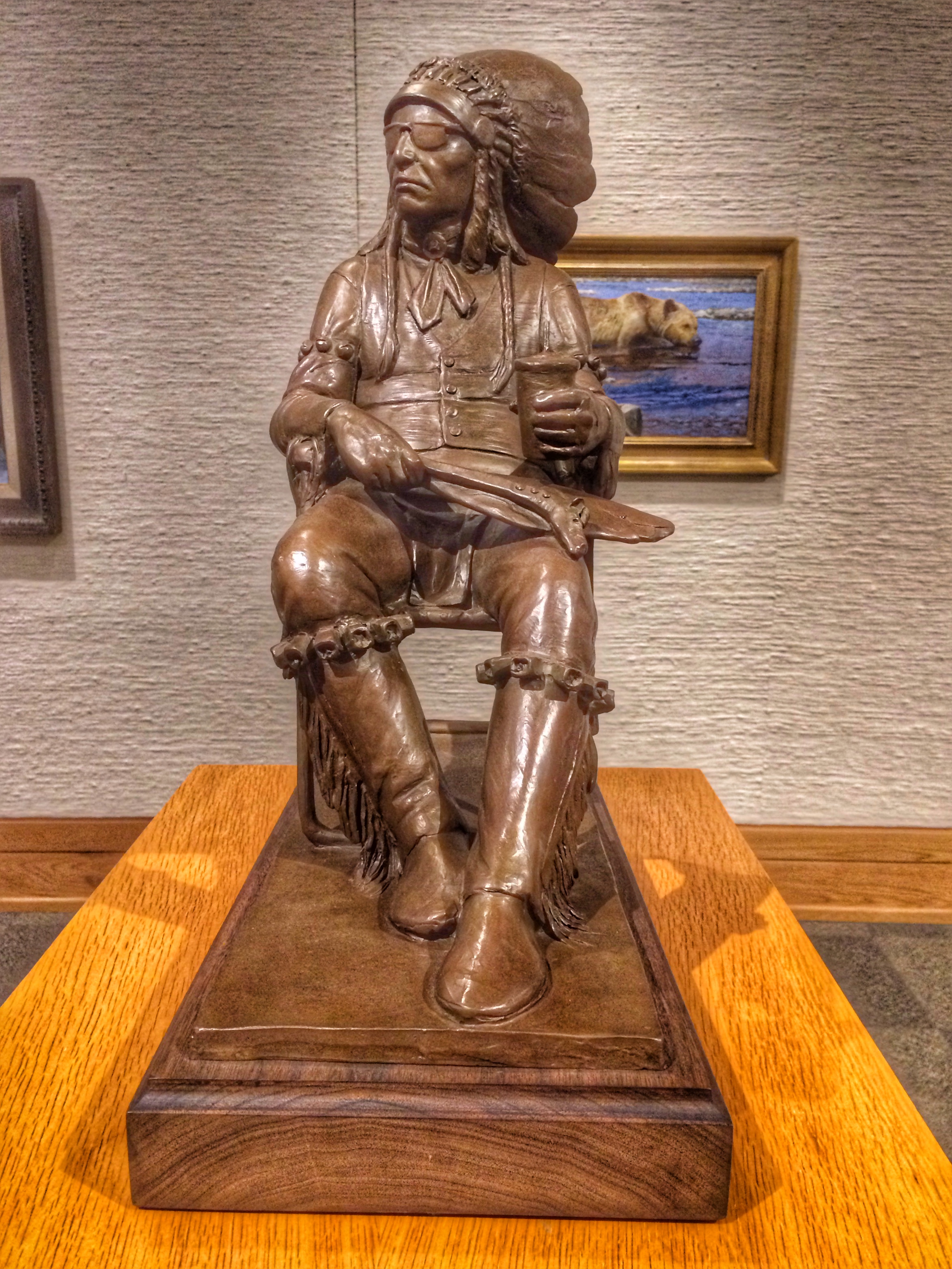 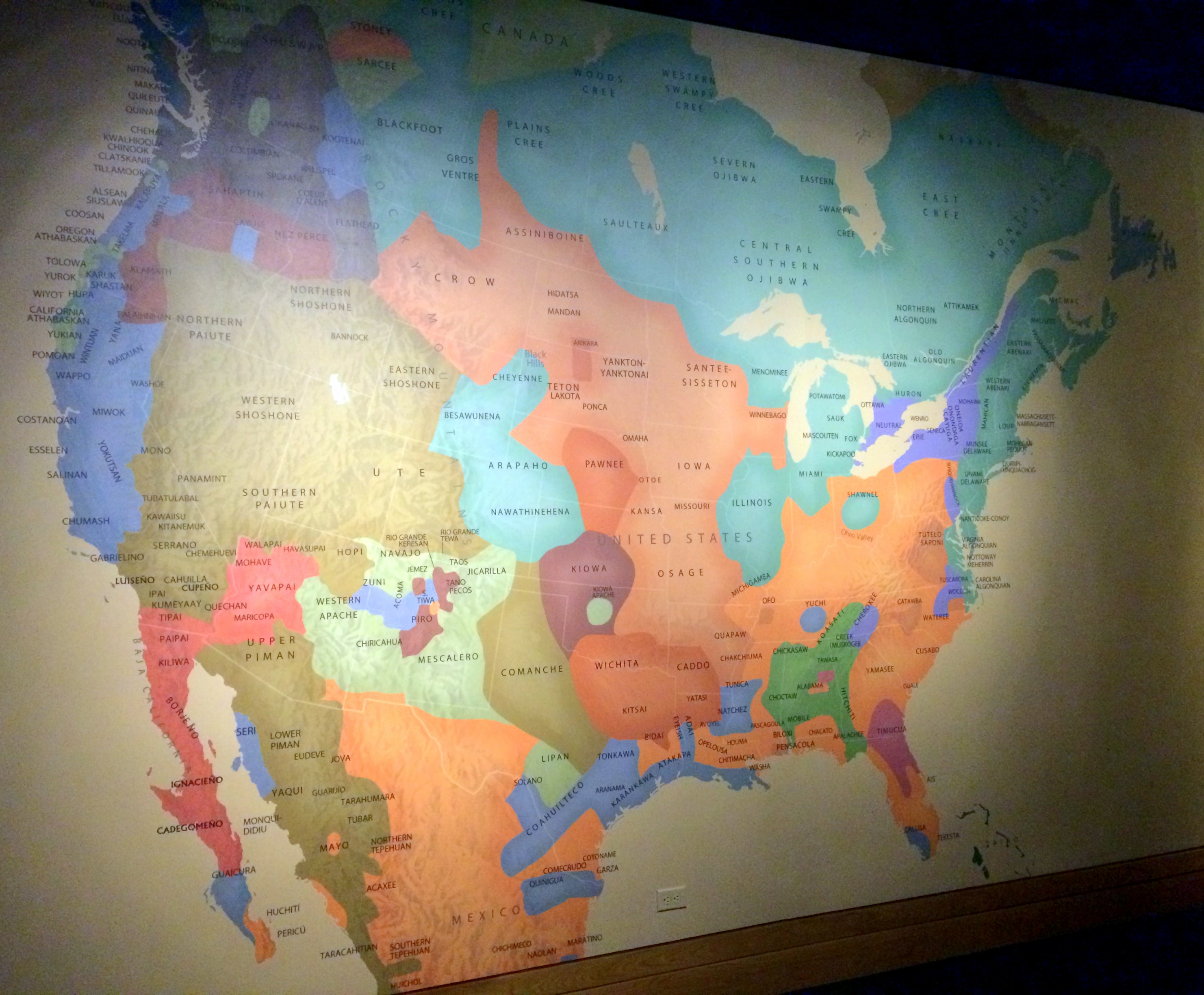 The plants Indians use to get different dye colors 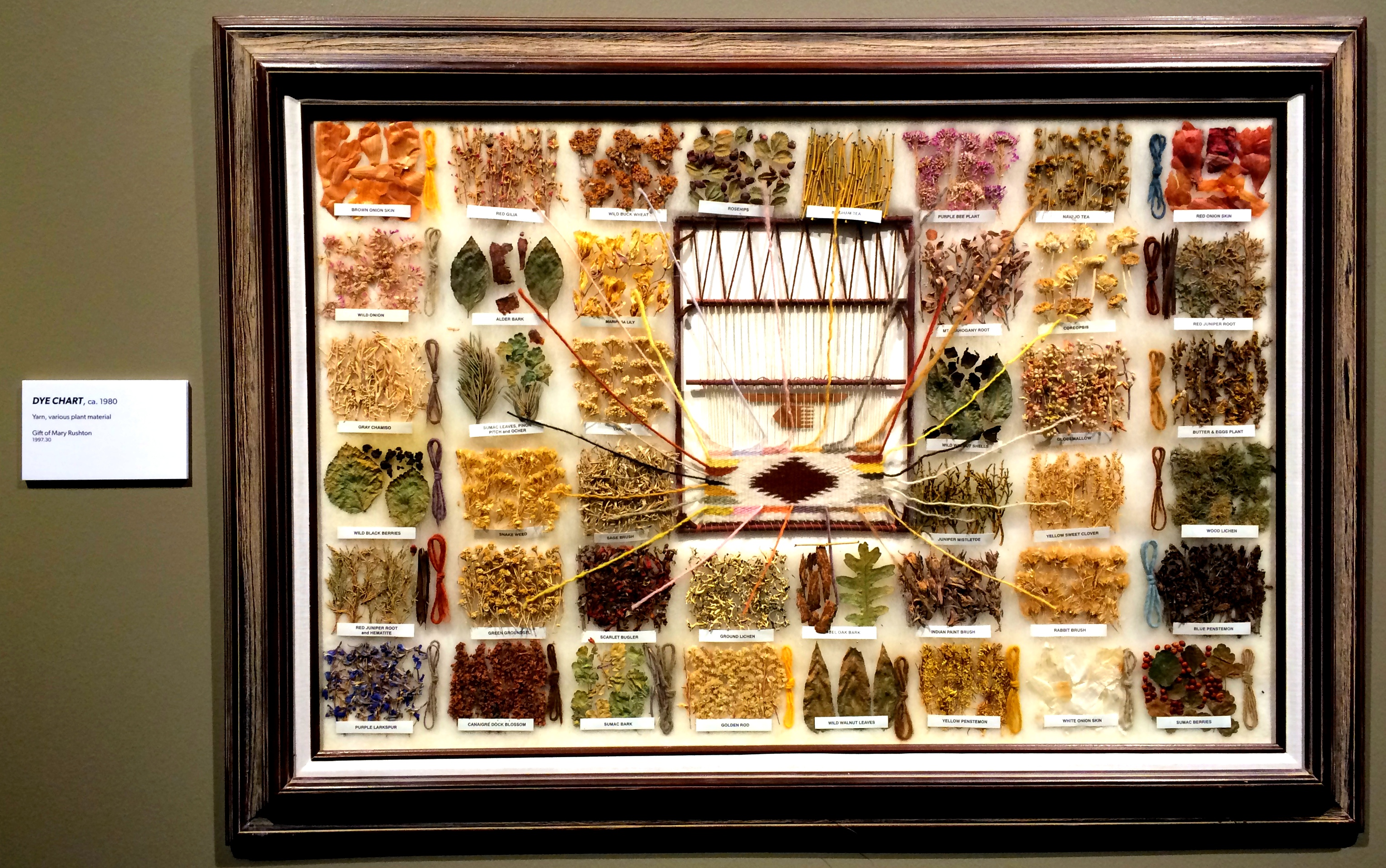 The western movie and TV exhibit 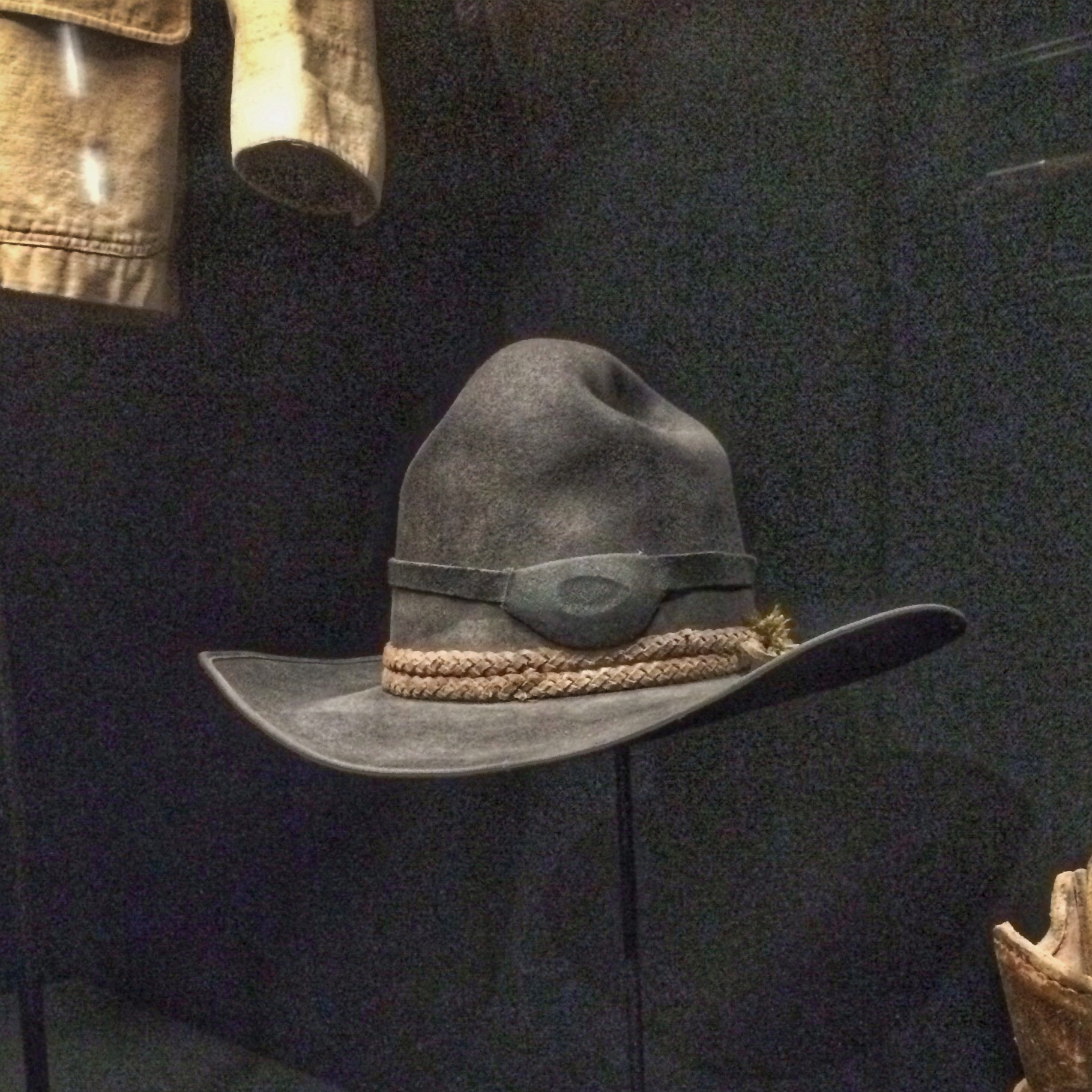 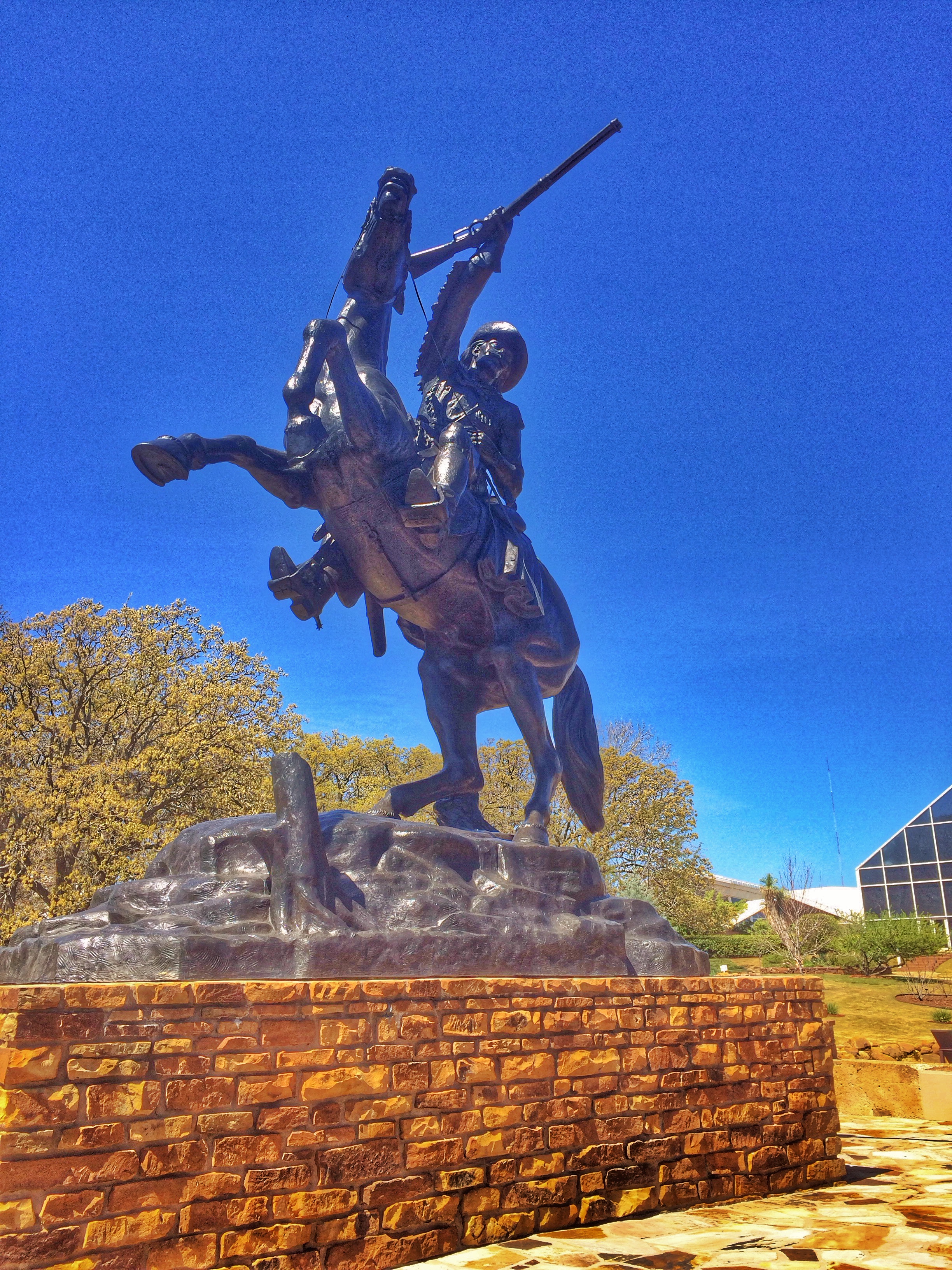 A reconstructed western town. I like these kind of displays, but this one wasn’t as large or as detailed as many I’ve seen. 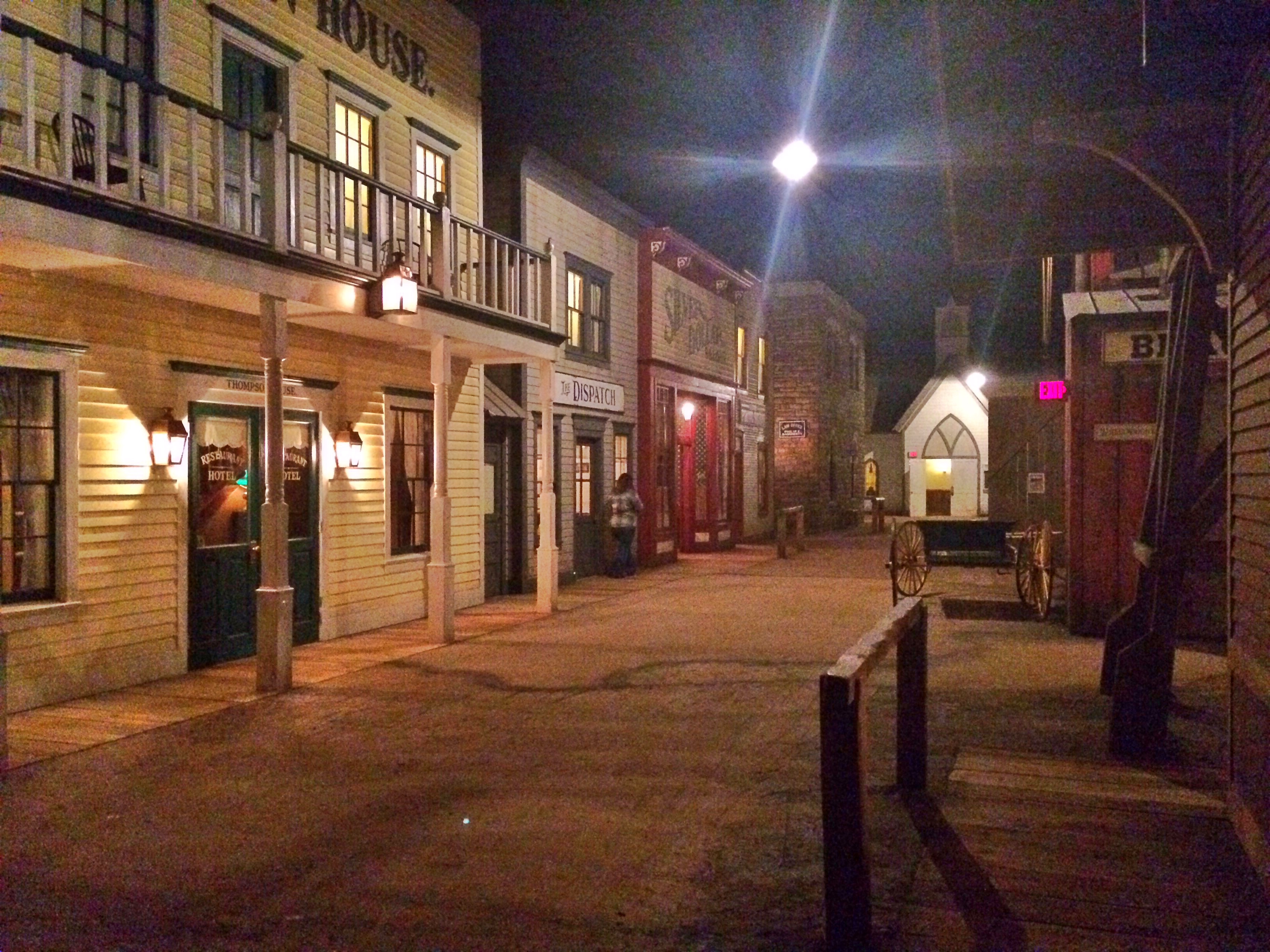 As close as we got to downtown Oklahoma City.

Leo’s Barbecue, which we found on Roadfood.com. A tired-looking place in a tired-looking neighborhood. It was definitely casual dining. I had the brisket, which wasn’t bad, but I’m not a huge fan of barbecue so I’m not one to judge. The “World-Famous Strawberry Banana Cake” was pretty good. 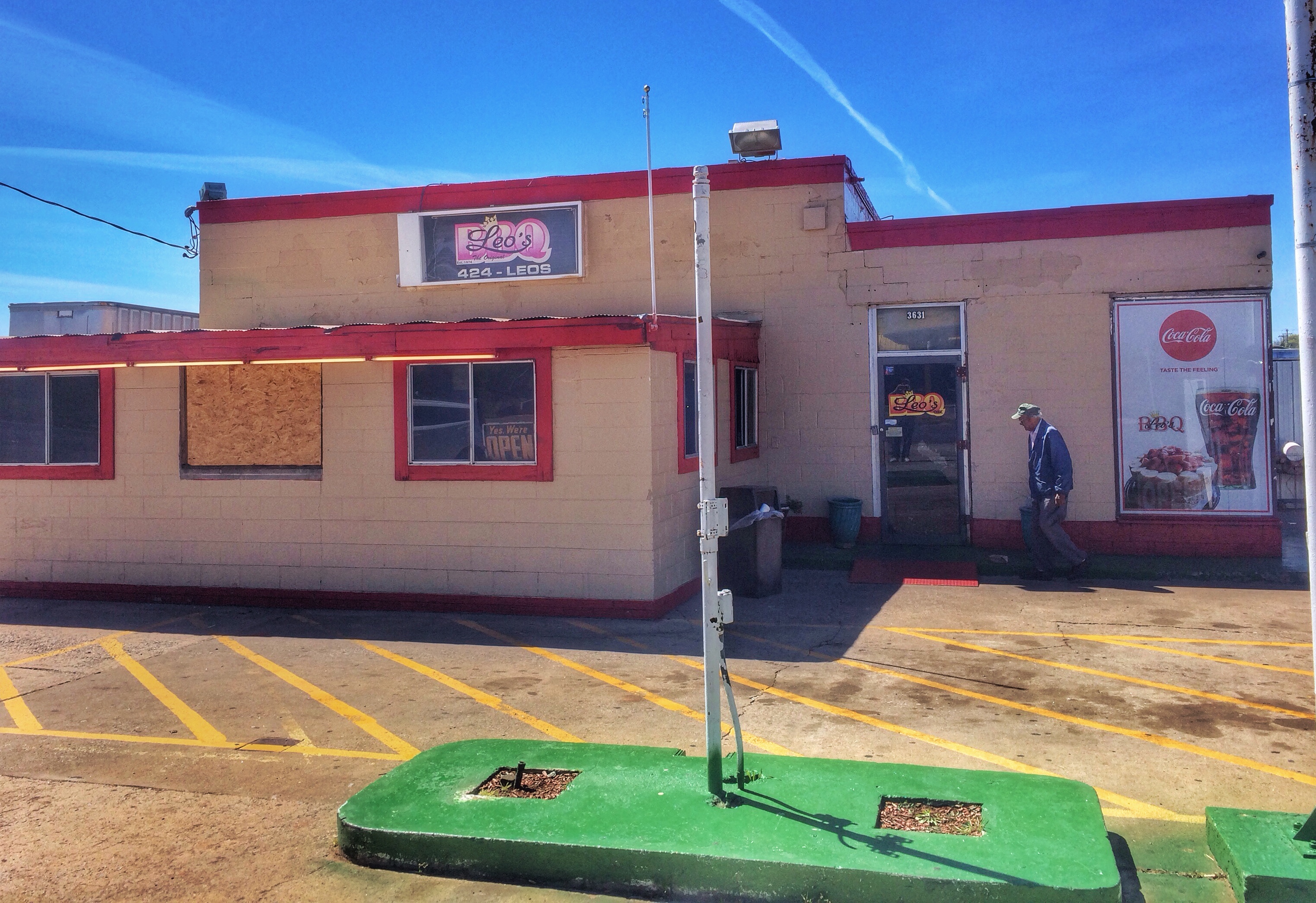 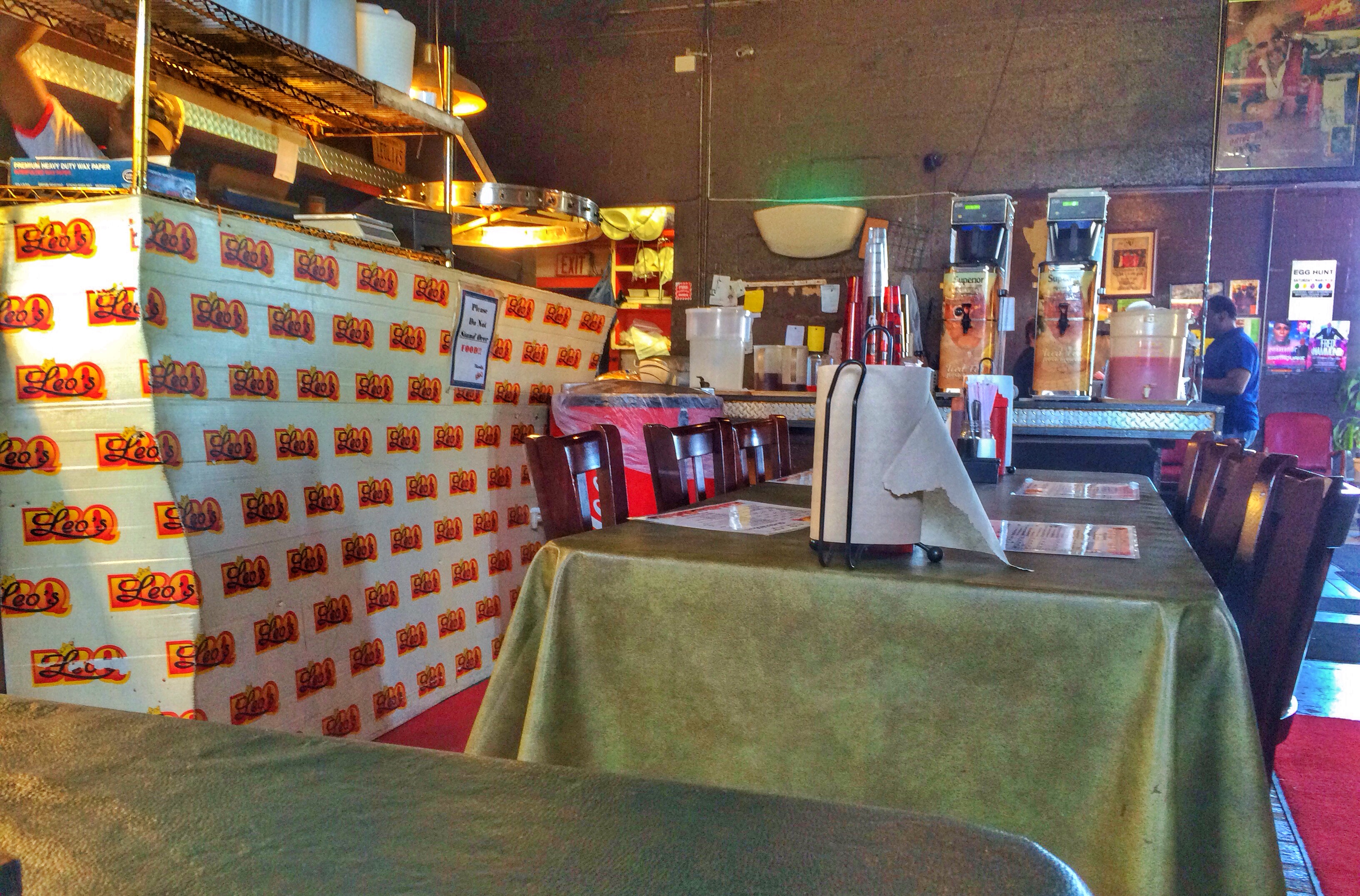 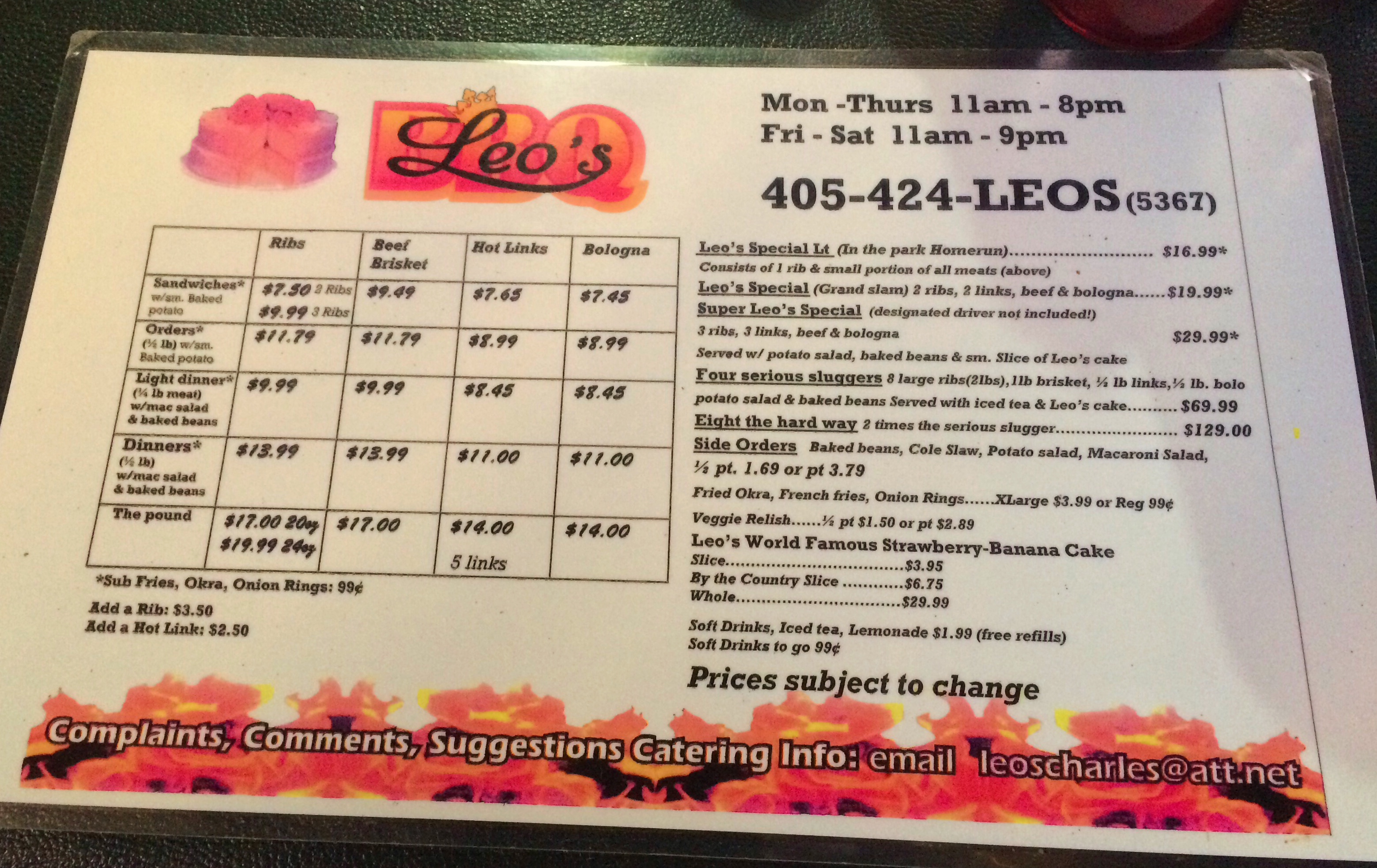 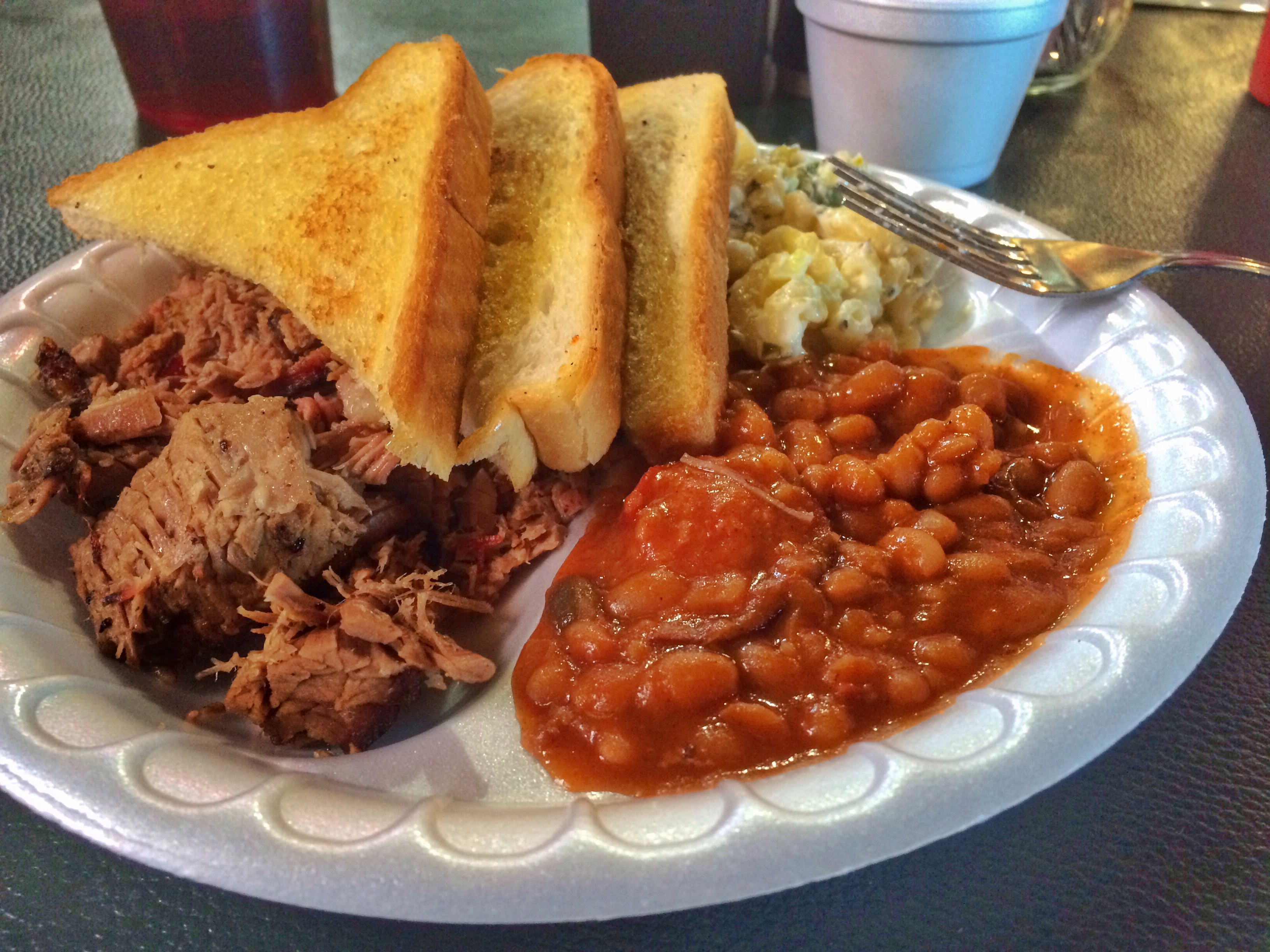 We thought the first sentence here was pretty funny. 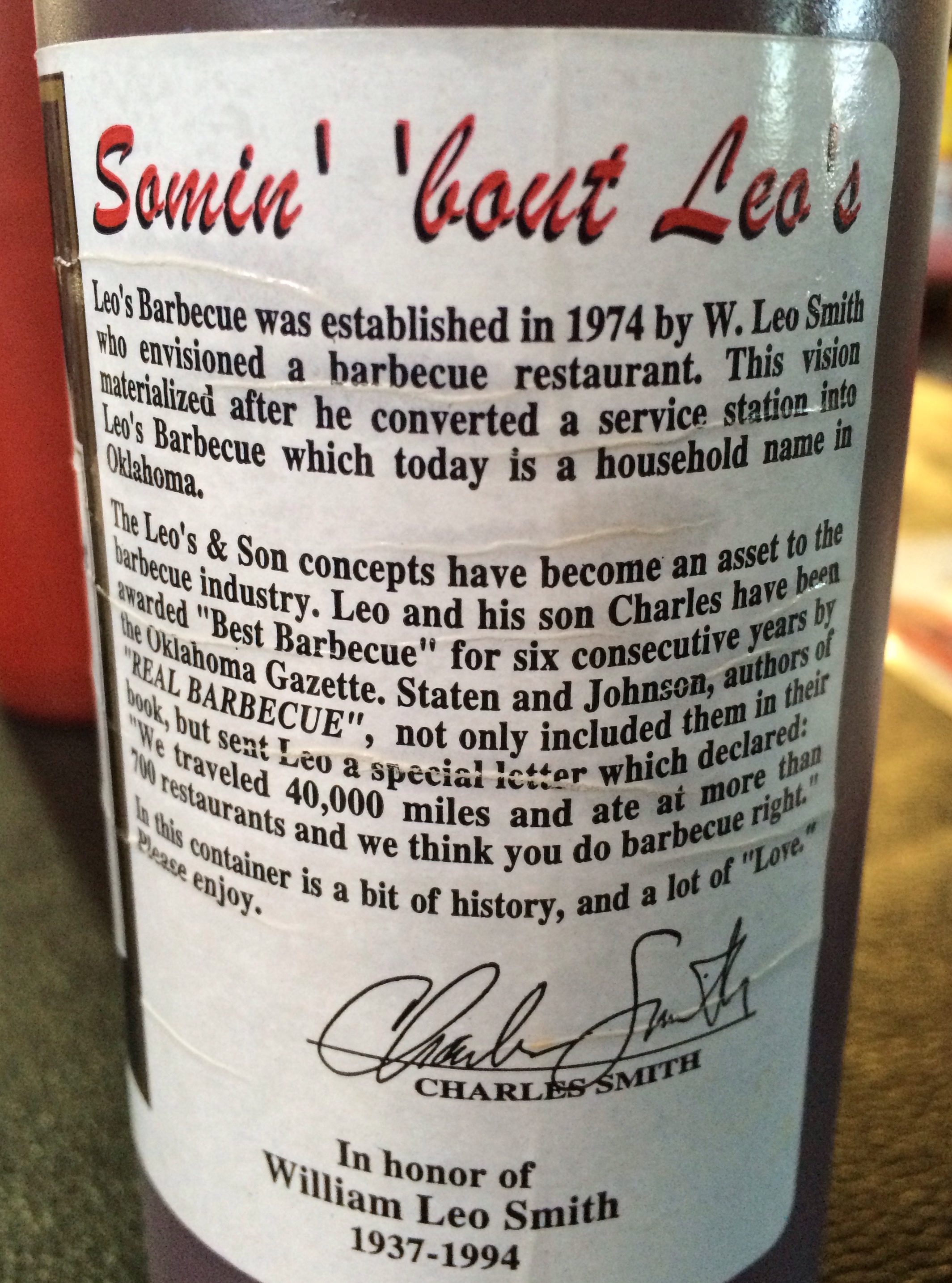 This charming place was right across the street from Leo’s. 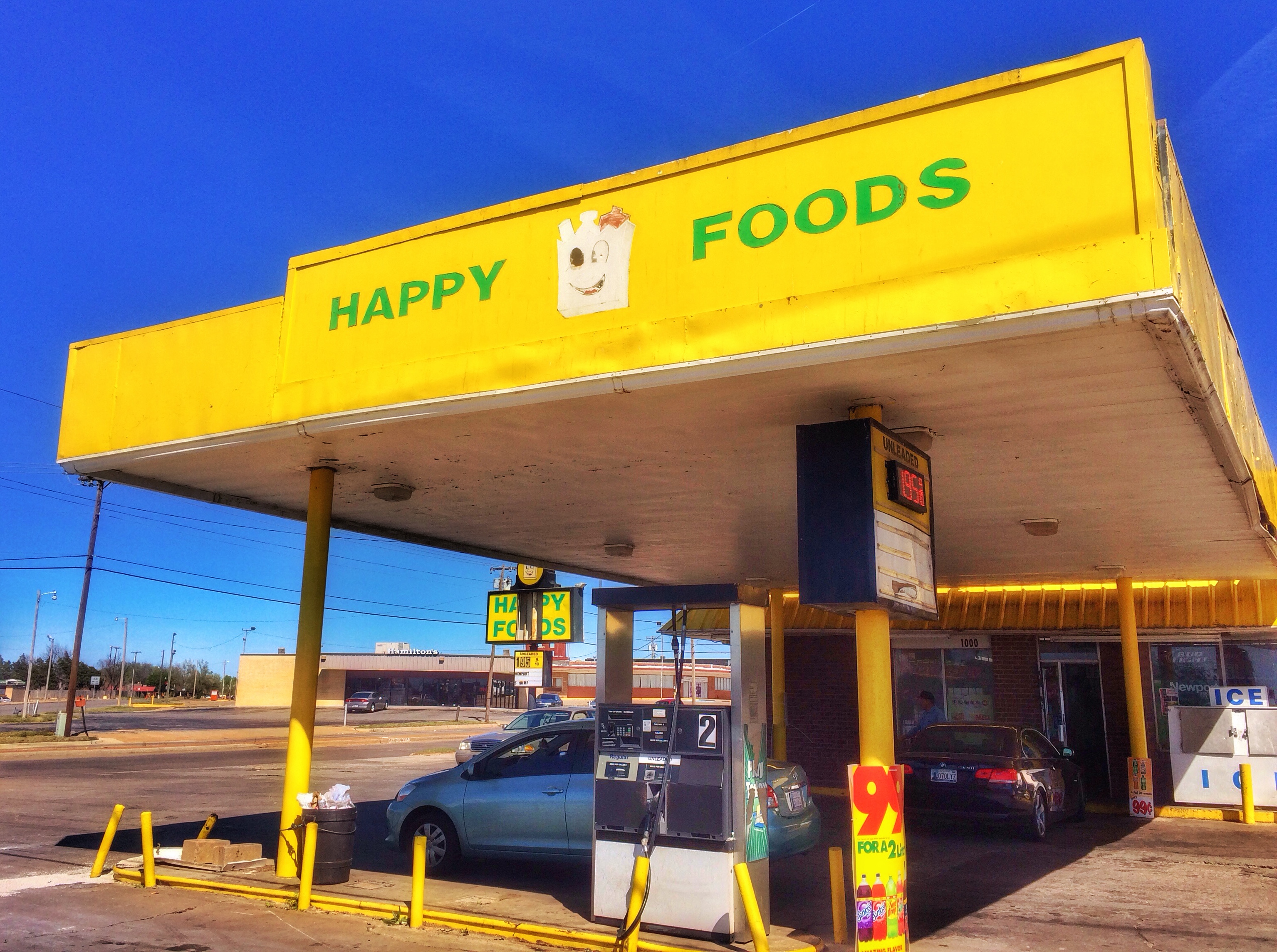 We drove past Lake Eufaula on the way there and back. An exit by the lake led to this road, which I thought was also pretty funny. 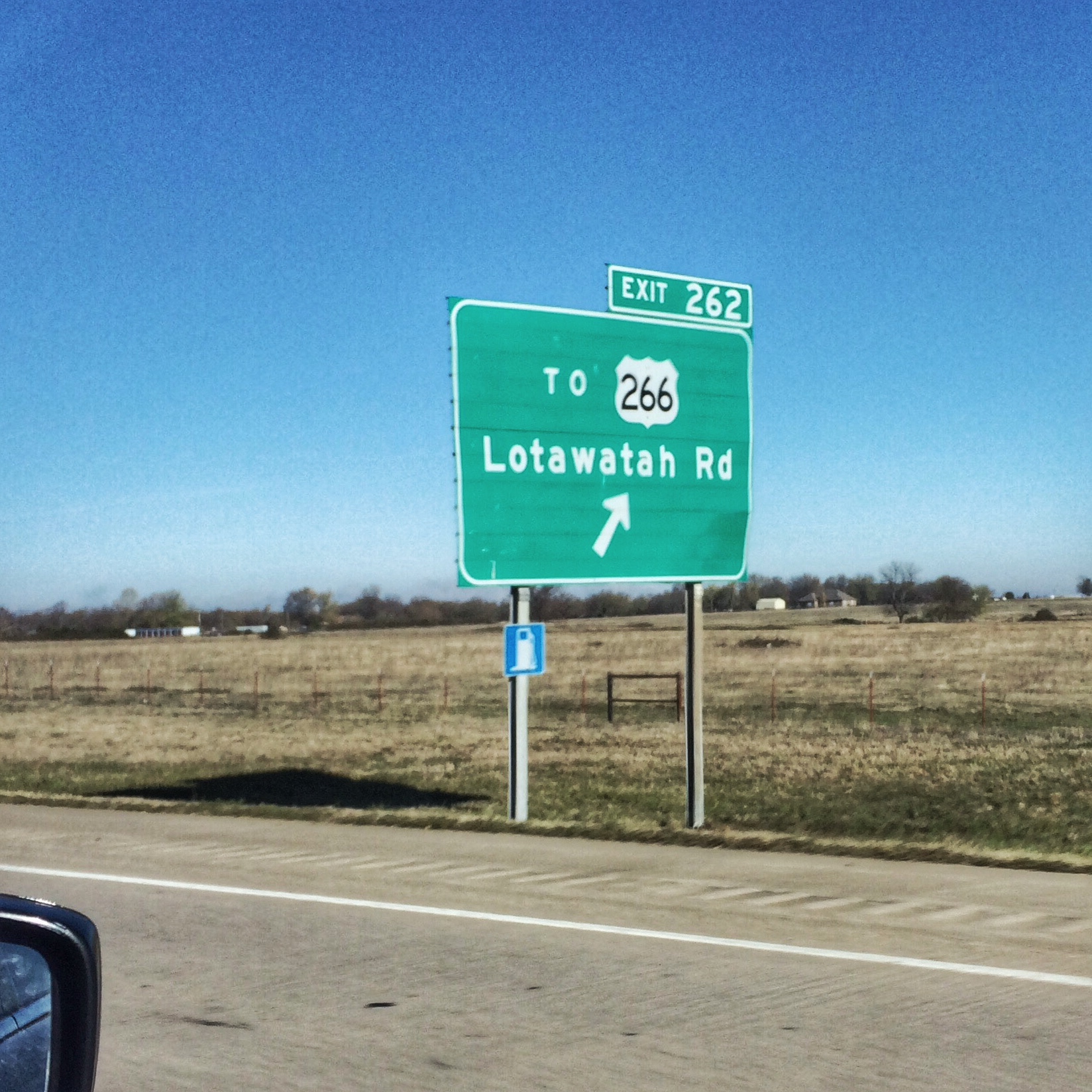 This entry was posted in Food, Museums. Bookmark the permalink.