It’s a good thing I knew what to look for or we would have driven right by the little red shed without a second glance. It was tucked into a collection of tiny buildings that serve as the Sac City historical society, and there wasn’t a bit of signage (that we saw) to promote the town’s worldwide claim to fame. As it was, I had to do a U-turn and park in the lot of some farm-related business next door. 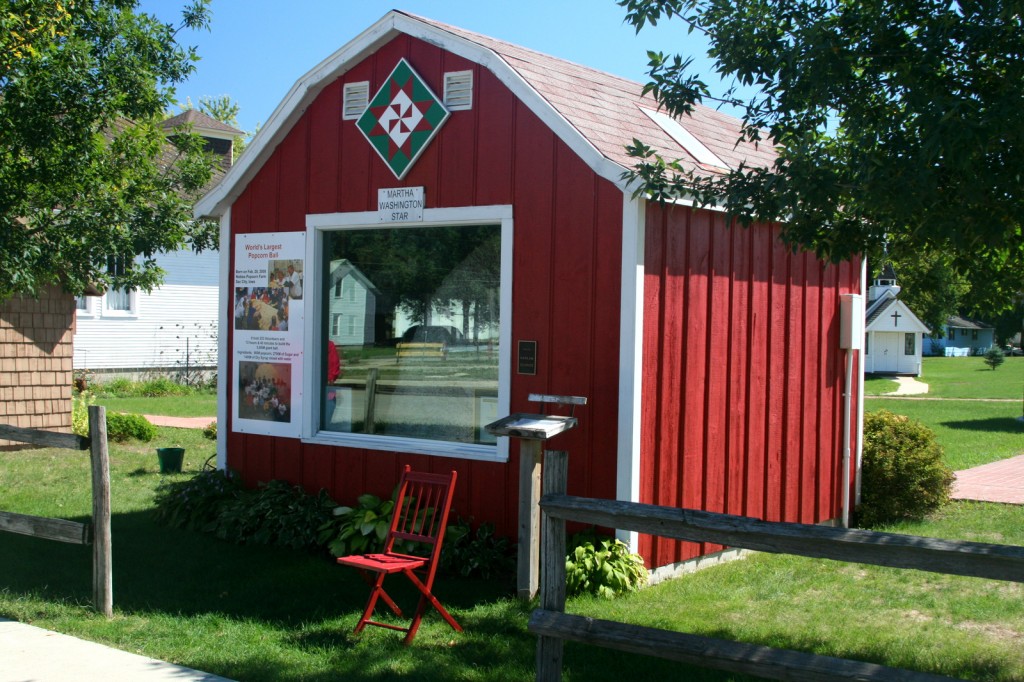 The glass window on the front of the shed was highly reflective, making it difficult to grasp just how large the ball was. This is Sac City’s third “World’s Largest Popcorn Ball” — it seems there’s competition for the honor. Guinness World Record certificates in the window mark the previous champs. 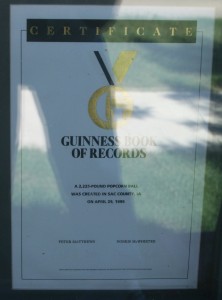 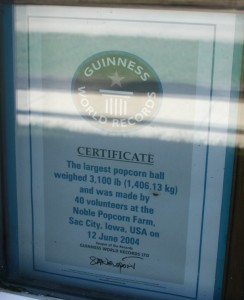 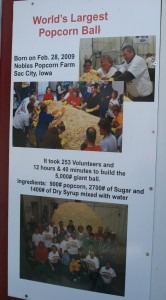 What we could see of it didn’t look very tasty. It has taken on a decidedly gray appearance. 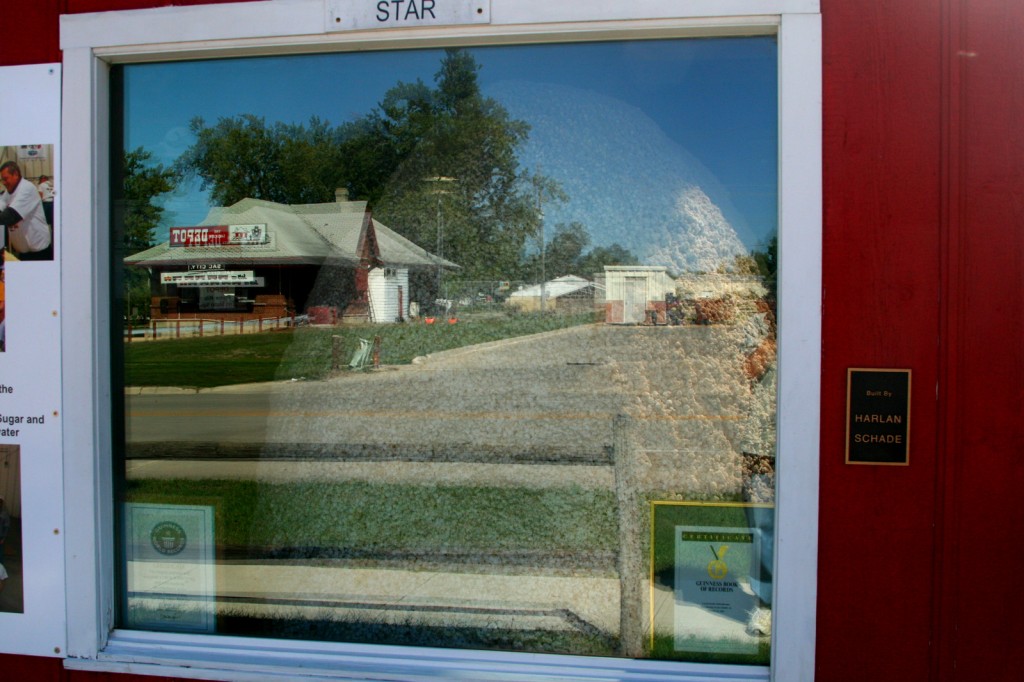 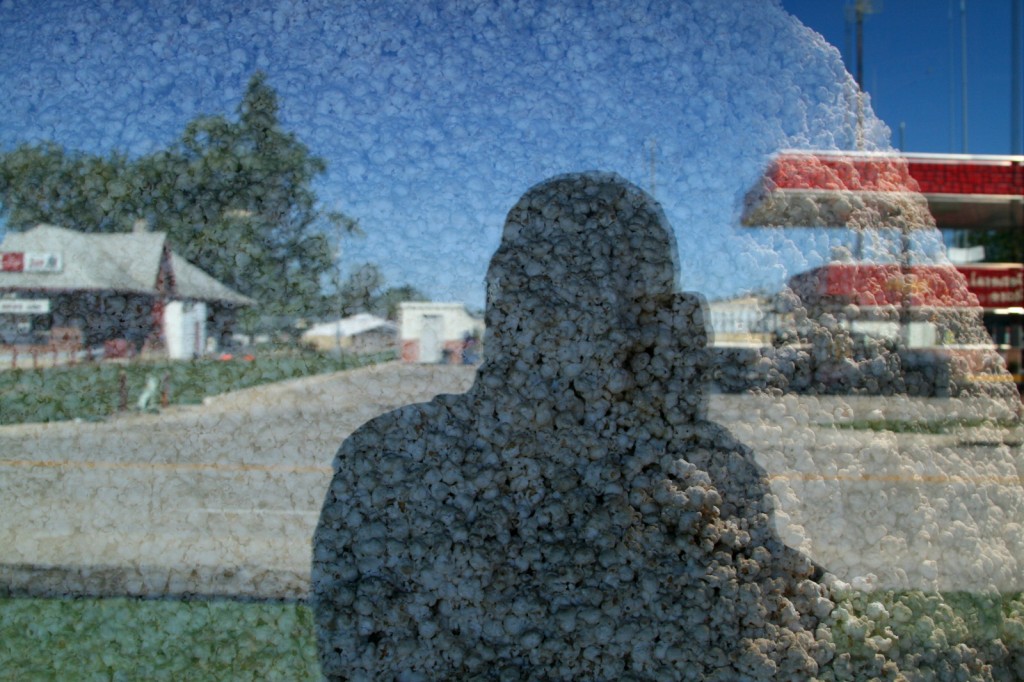 We signed our name in the guest book alongside visitors from all over the nearby part of the world. 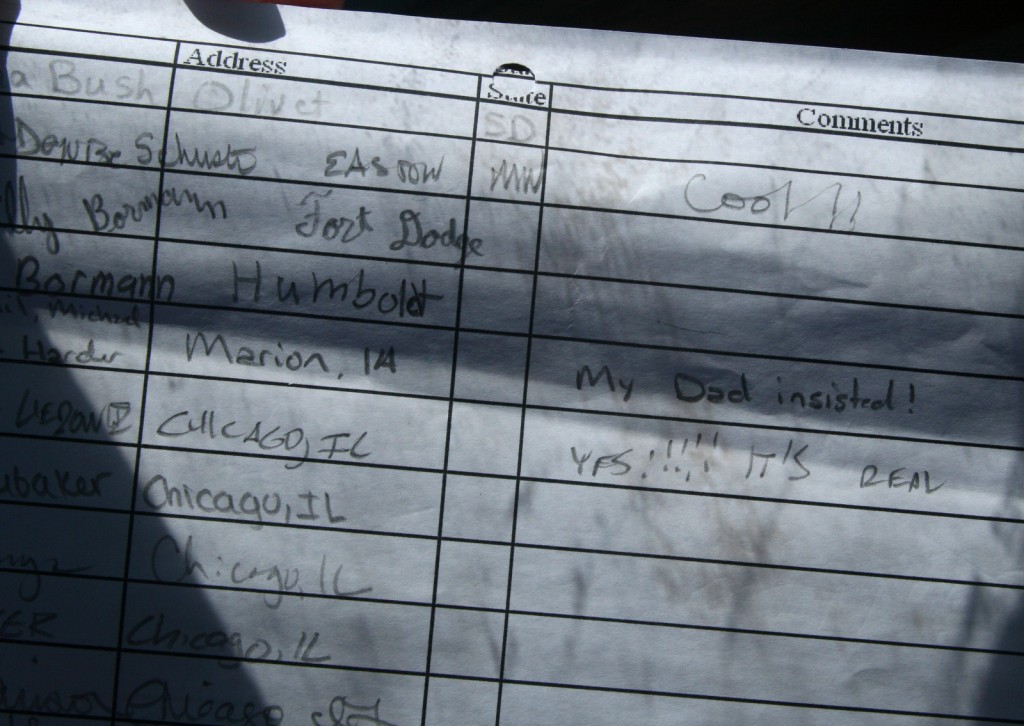 As enjoyable as all this was, we had miles to go before we could sleep. We reluctantly left Sac City behind us and headed west.

This entry was posted in Food, Red Chair. Bookmark the permalink.