The Air Force Academy moved to Colorado Springs in August, 1958, four months after I was born. The architecture definitely looks like it’s from that period.

All it takes to get on the grounds is to show a photo i.d. and assure the guard at the gate that you have no guns, knives, weapons, or explosives. 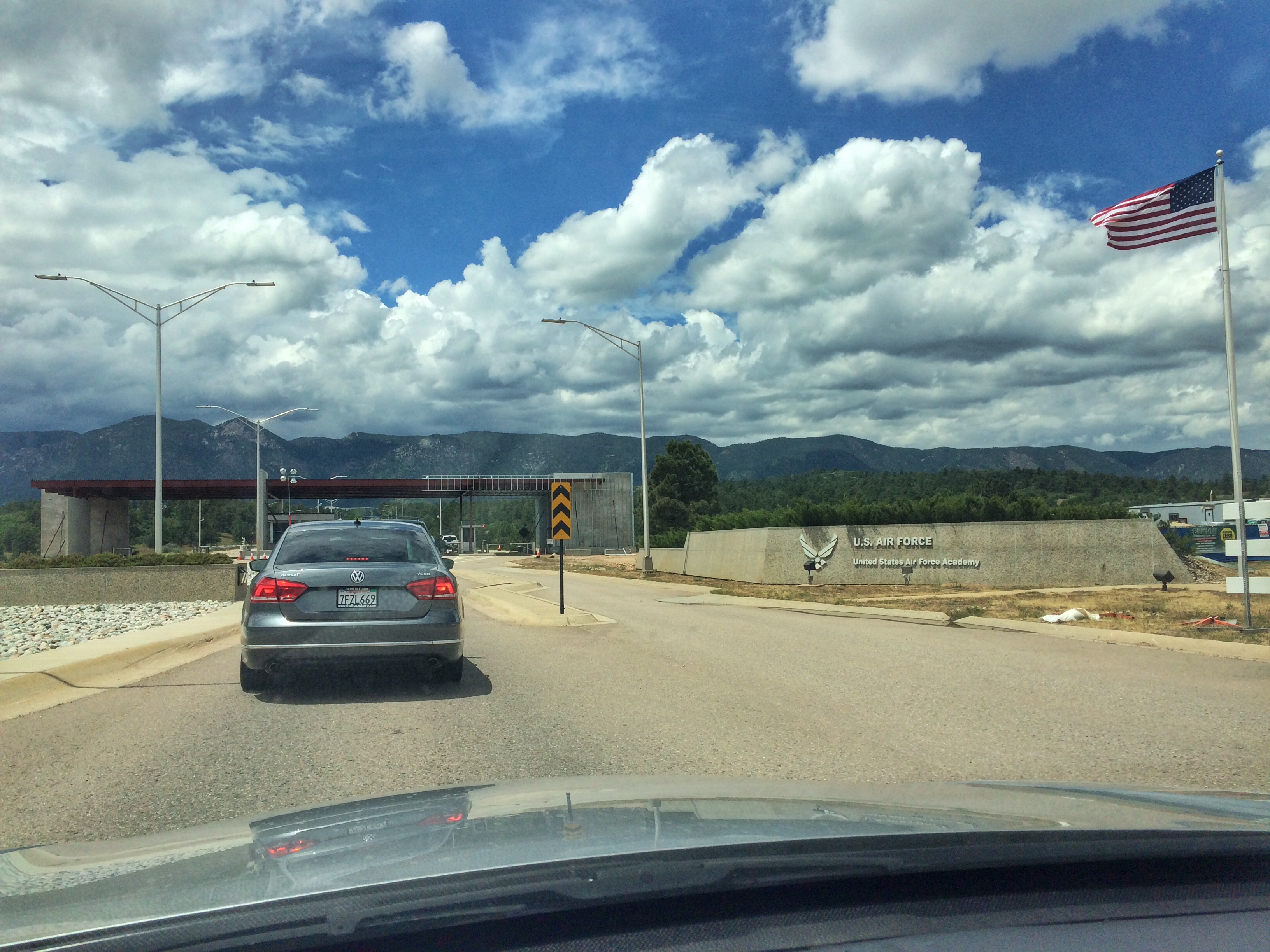 We toured the visitor center first. 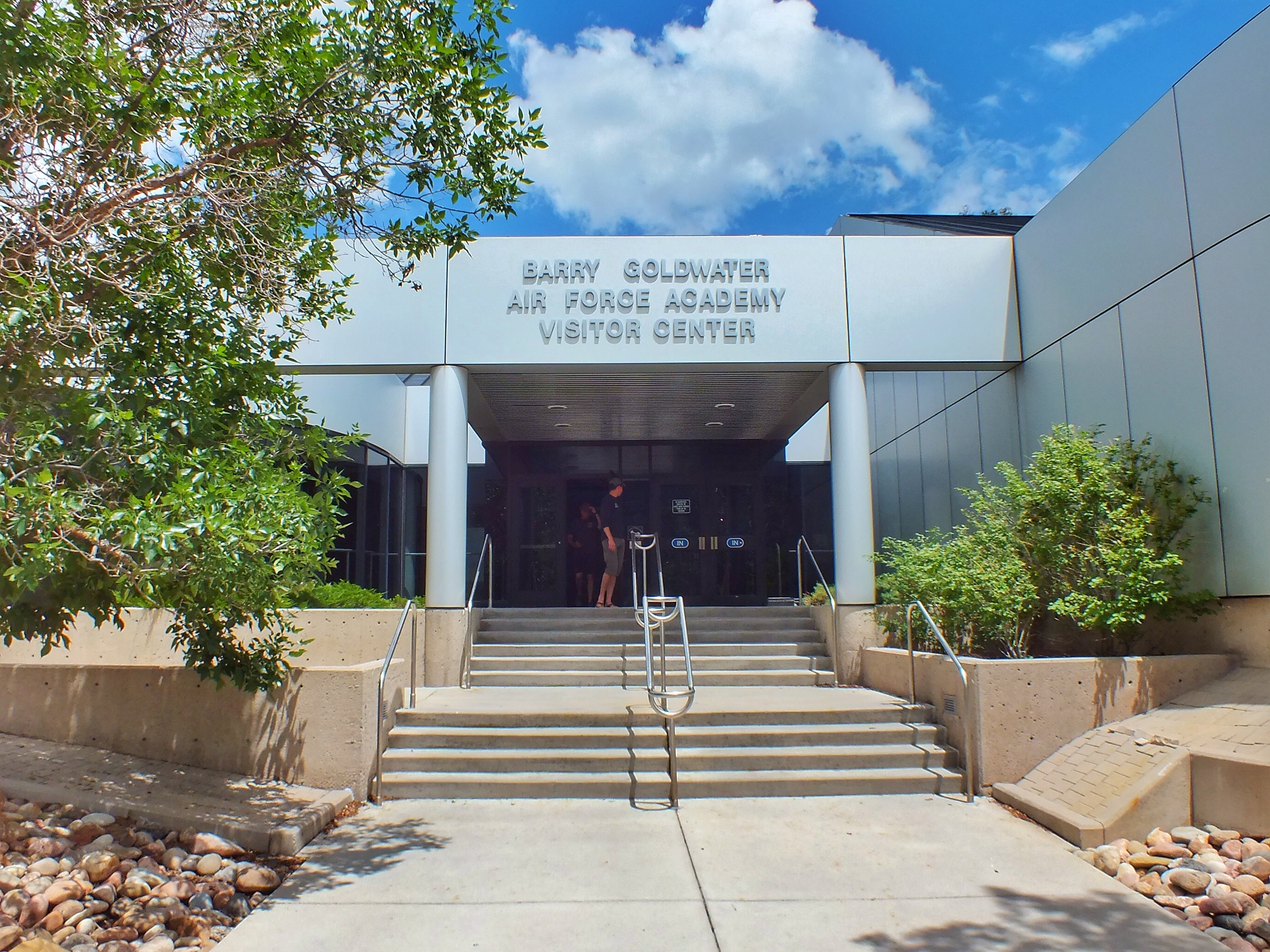 A short film explained the life of a cadet. There wasn’t a whole lot to the museum. An old training glider hung from the ceiling. I see these being towed by planes all around the area whenever the weather’s nice. The ones they use now are white. There was also a typical cadet dorm room. 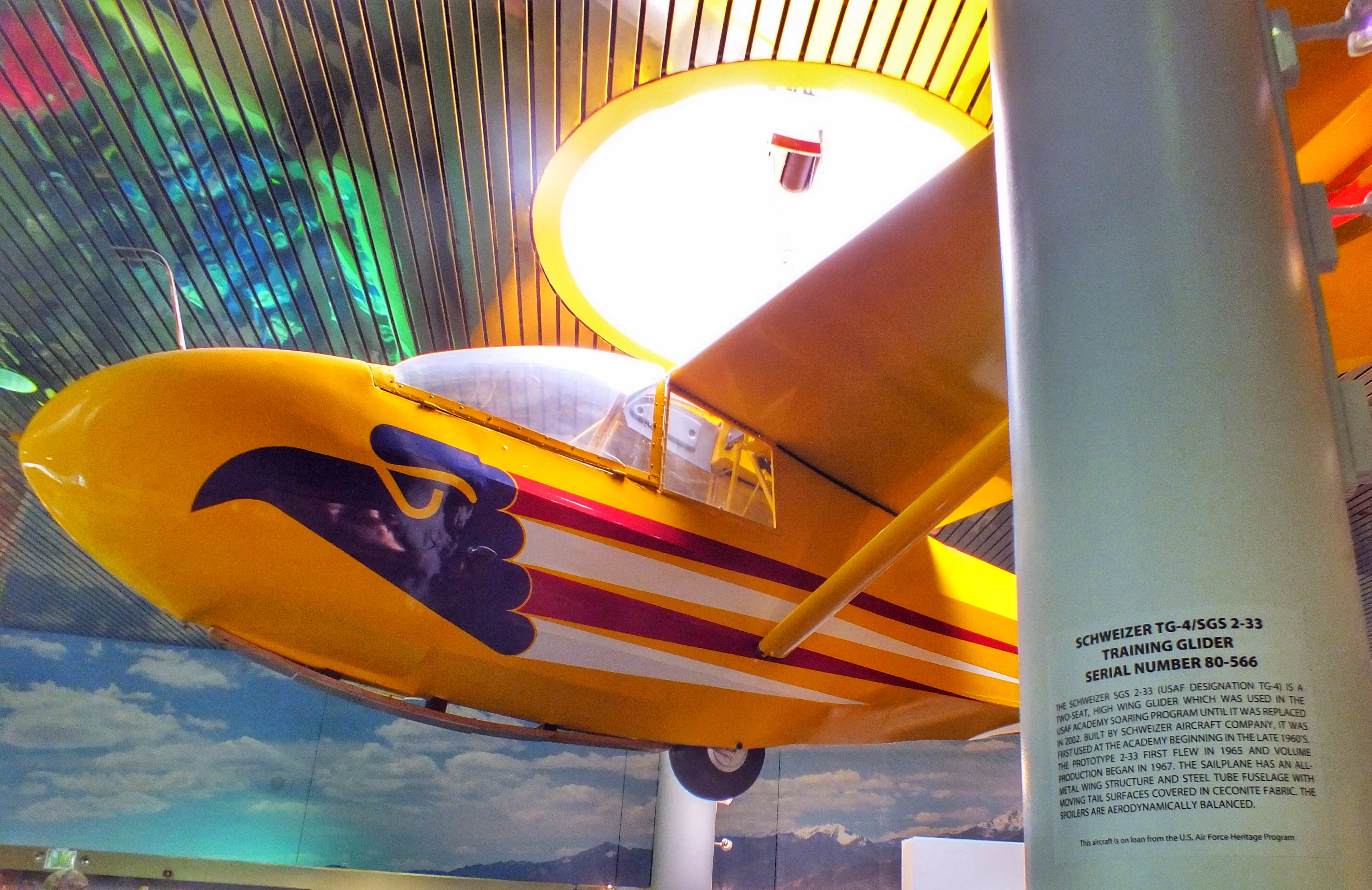 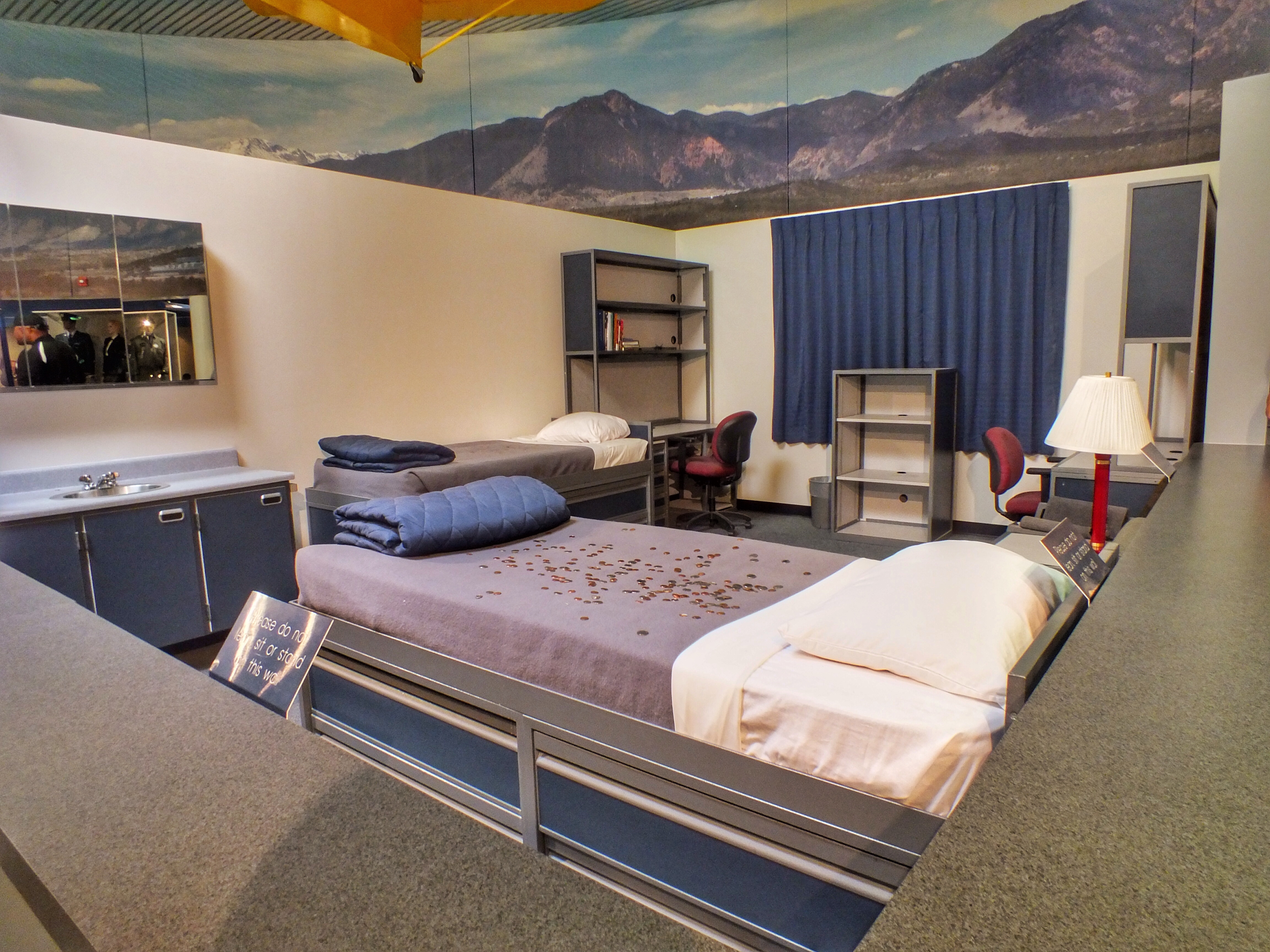 Most of the building was taken up by gift shop. We walked a short trail to the Cadet Chapel. 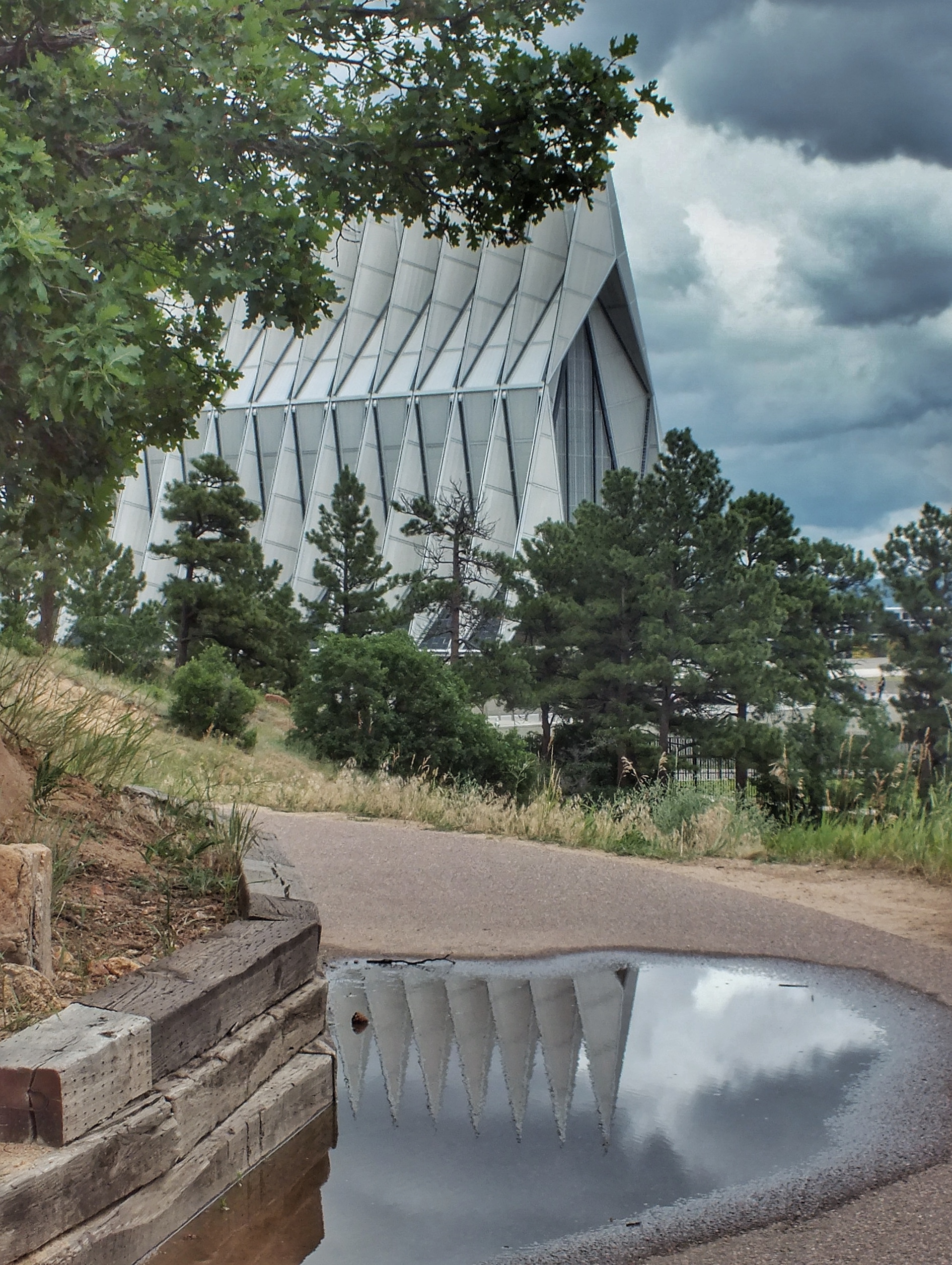 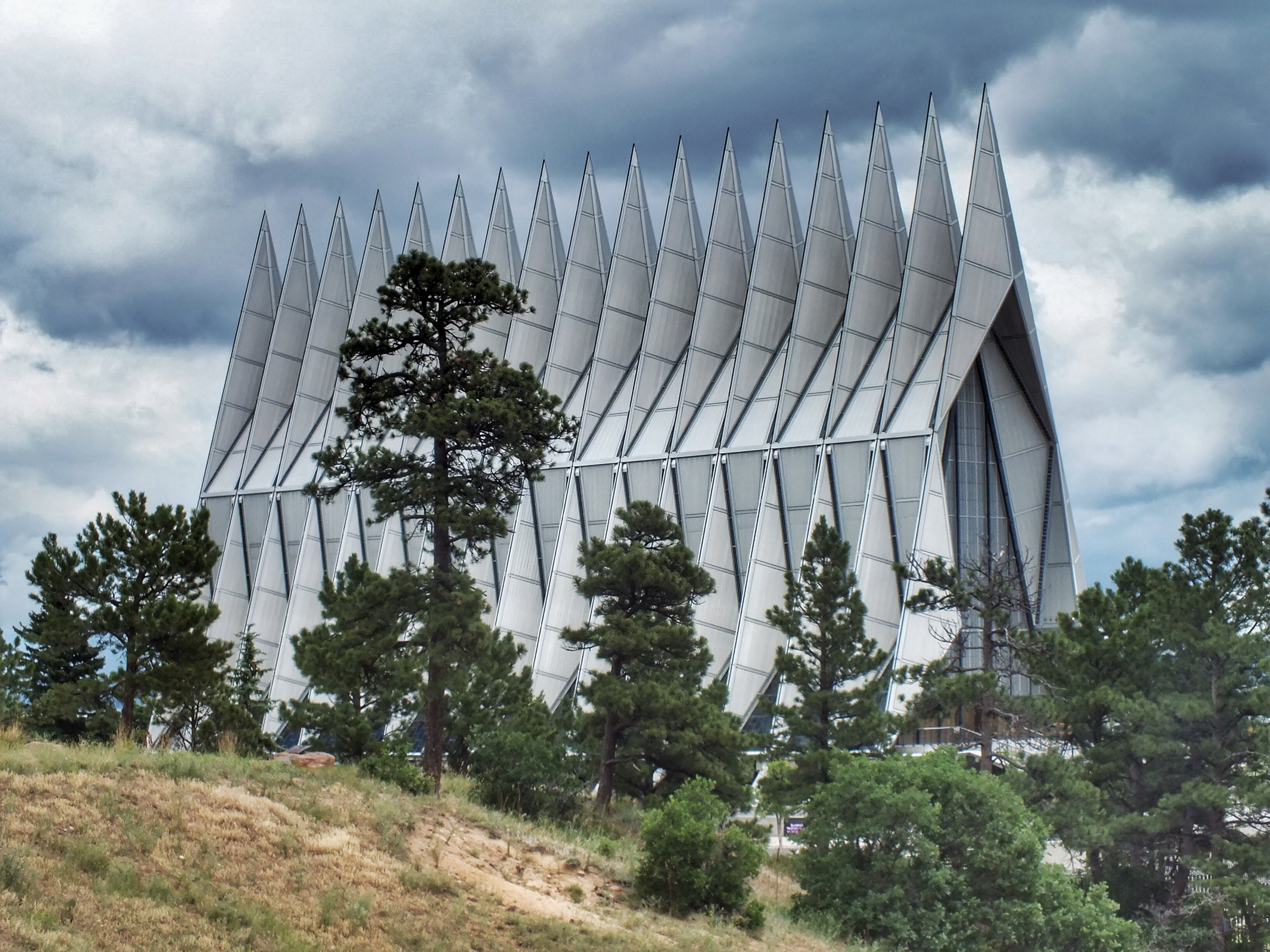 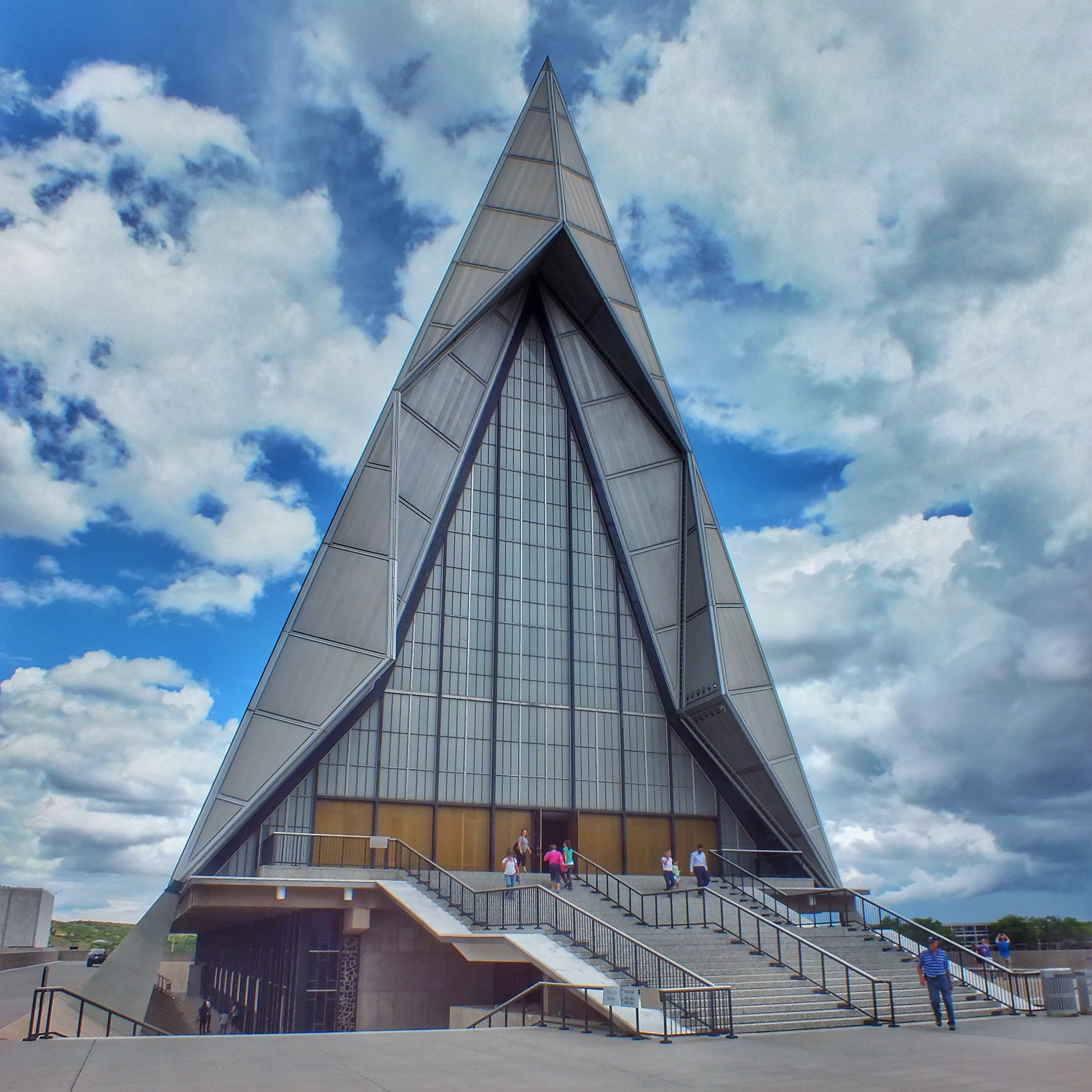 The upper level is the Protestant Chapel. 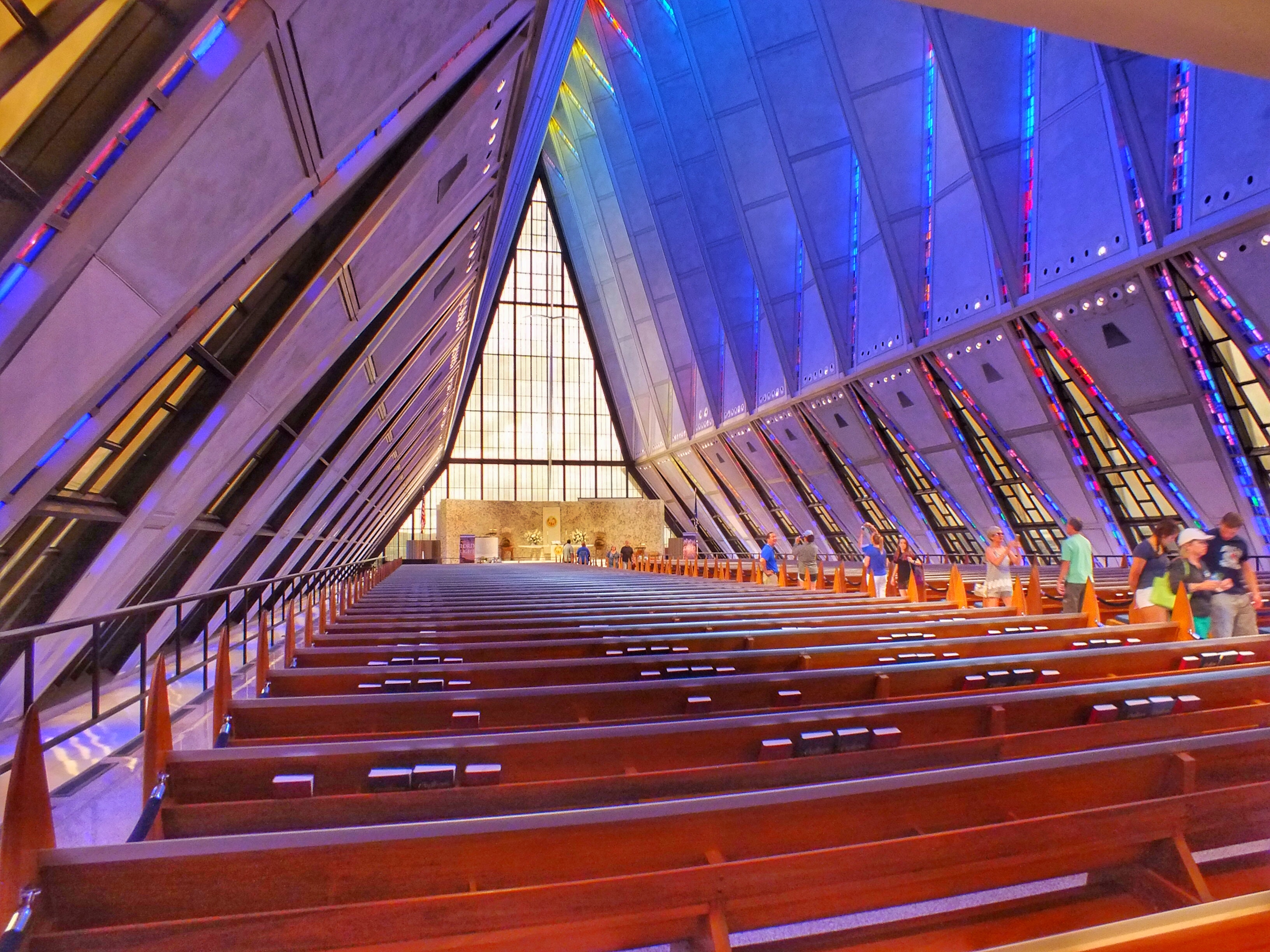 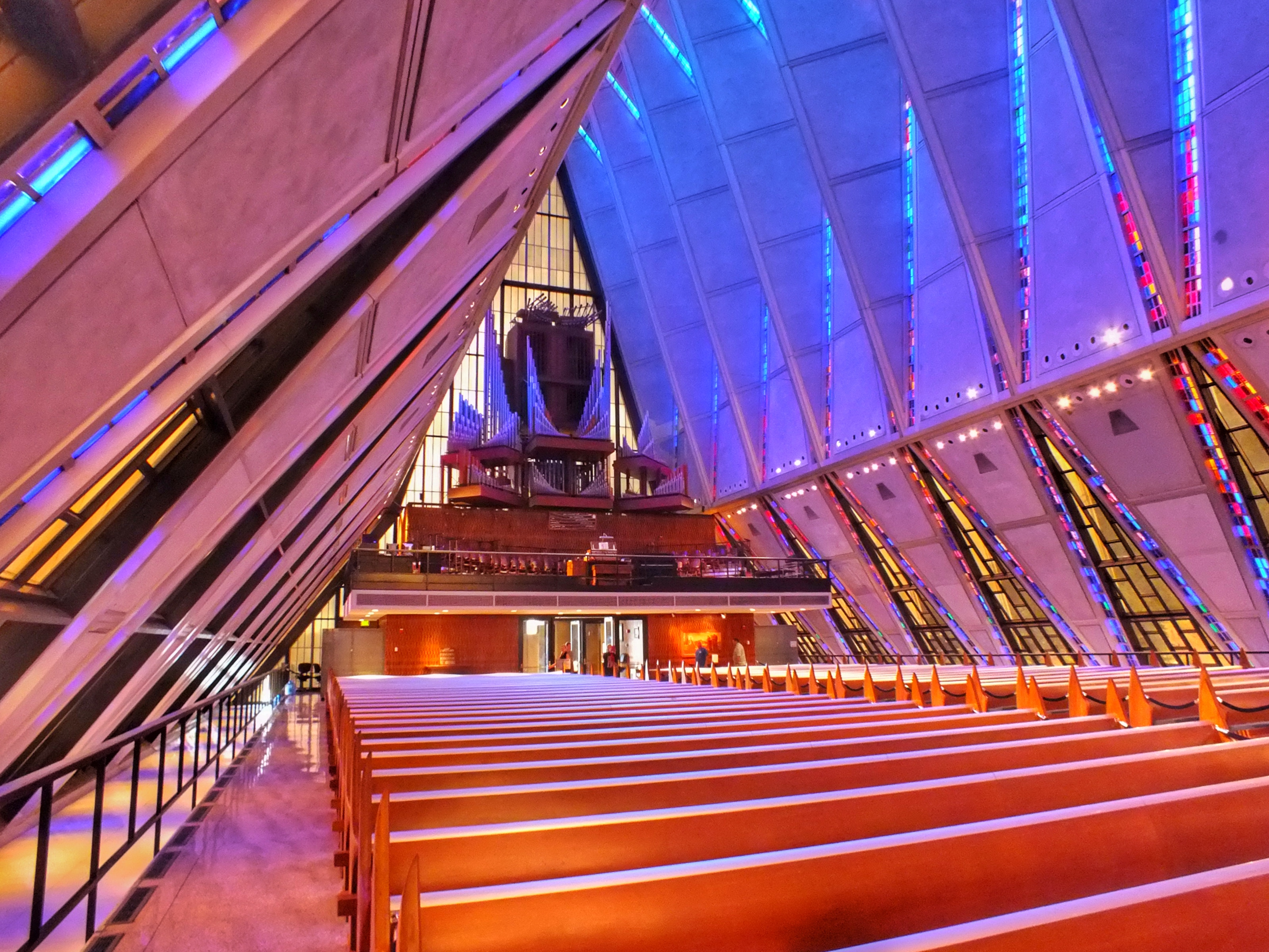 The basement has a Catholic Chapel and a Jewish Chapel. 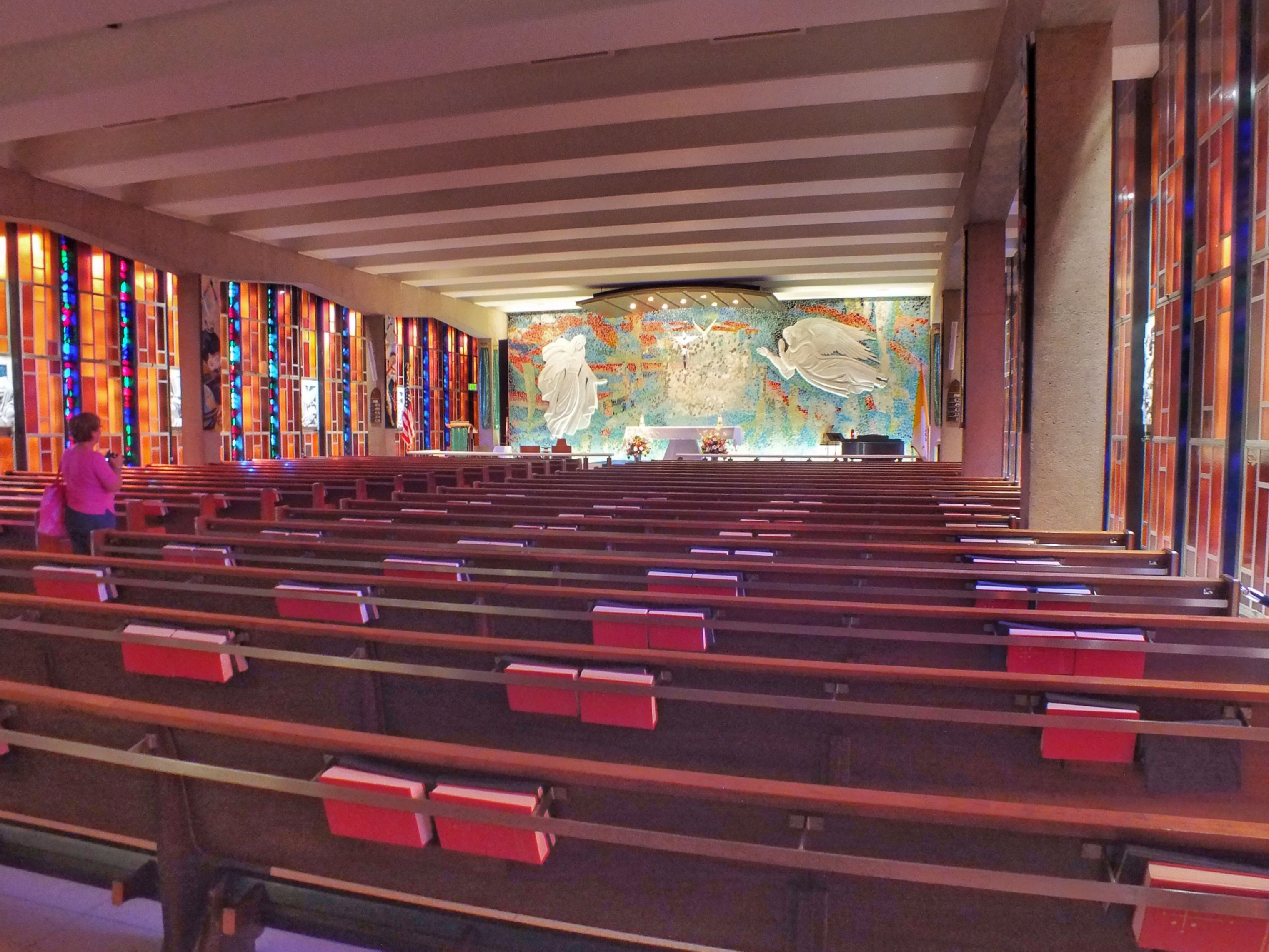 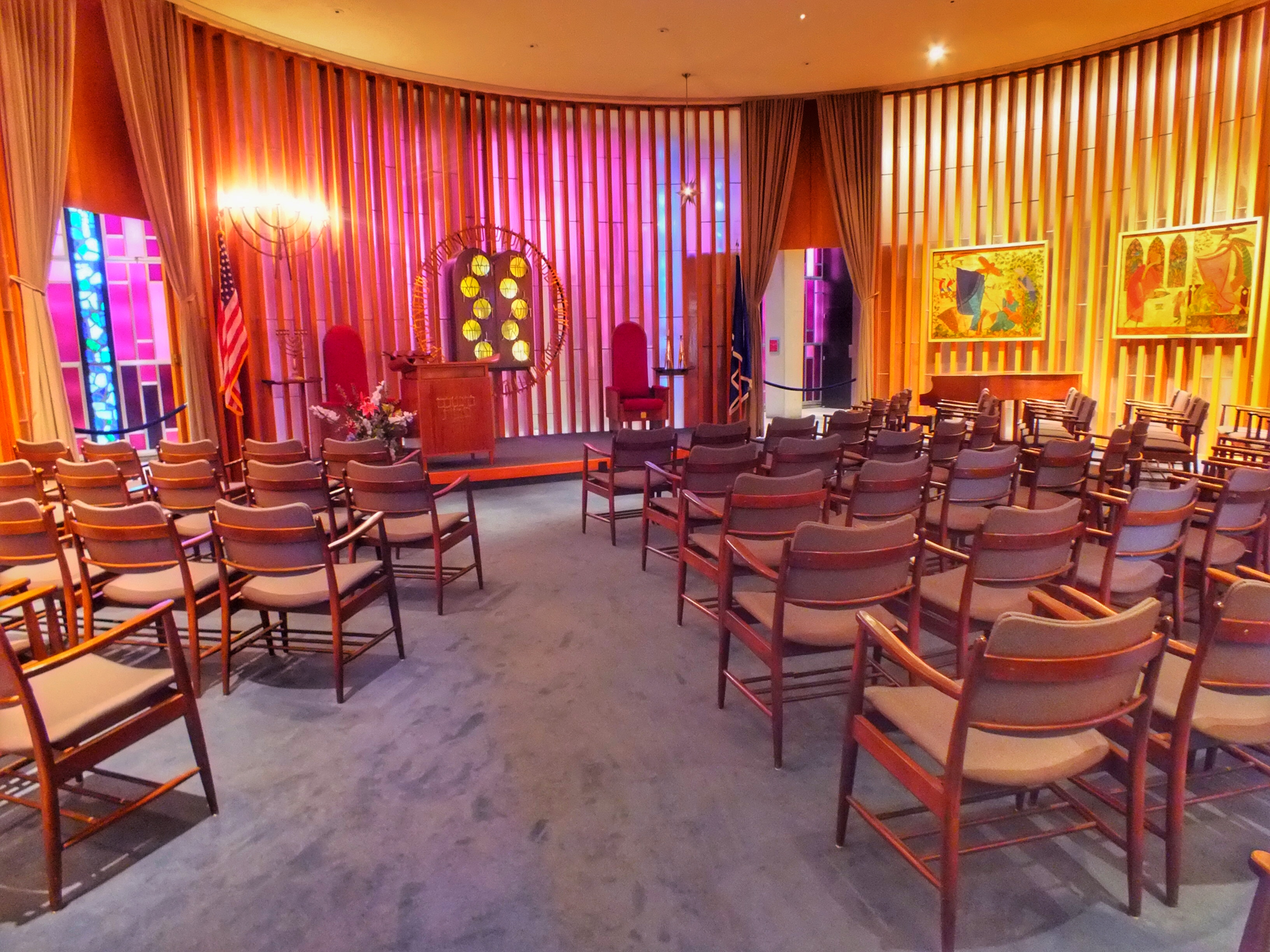 There’s also space for other religions, including “earth-centered spirituality.” When we went back outside, a thunderstorm was approaching. 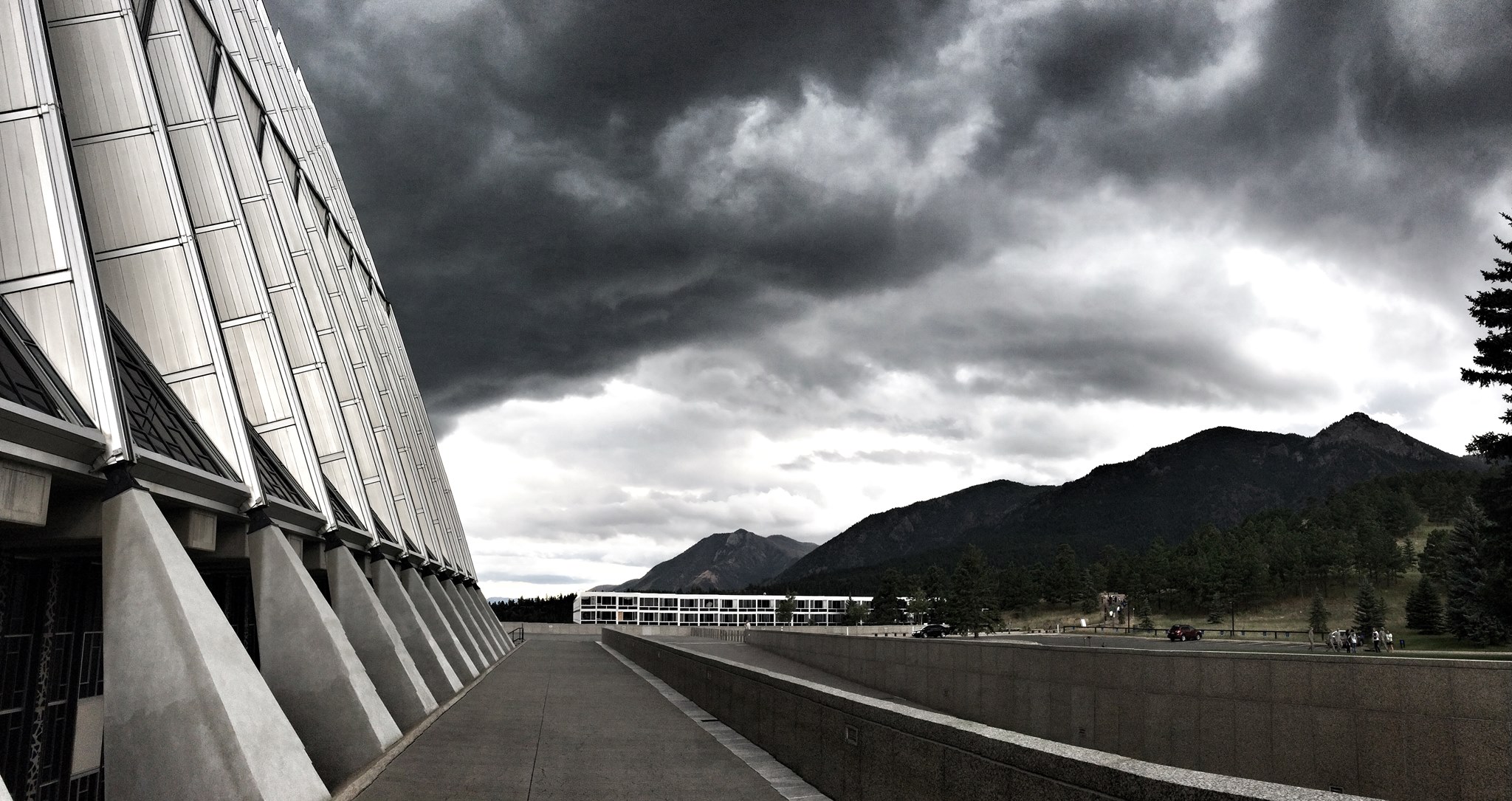 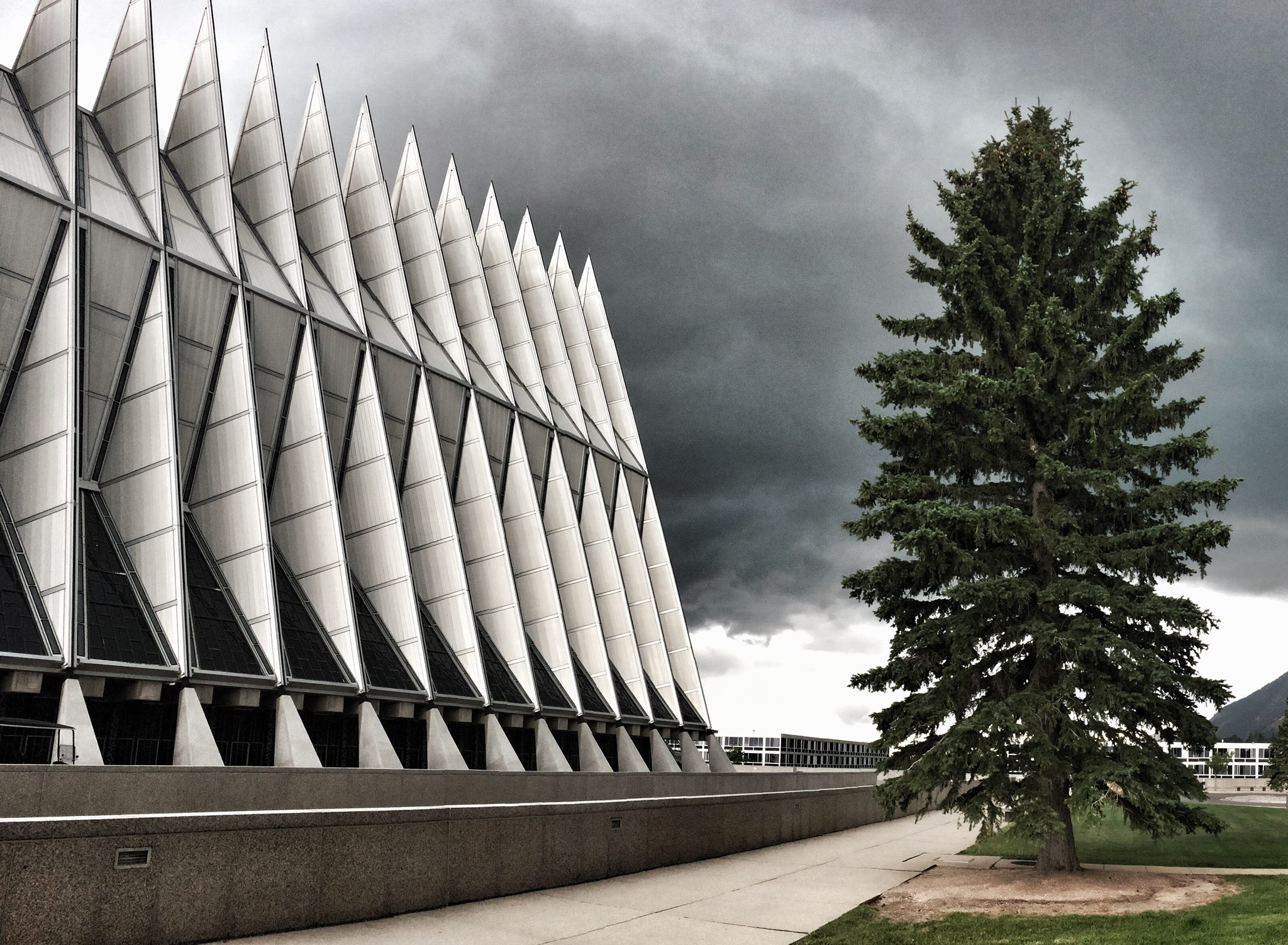 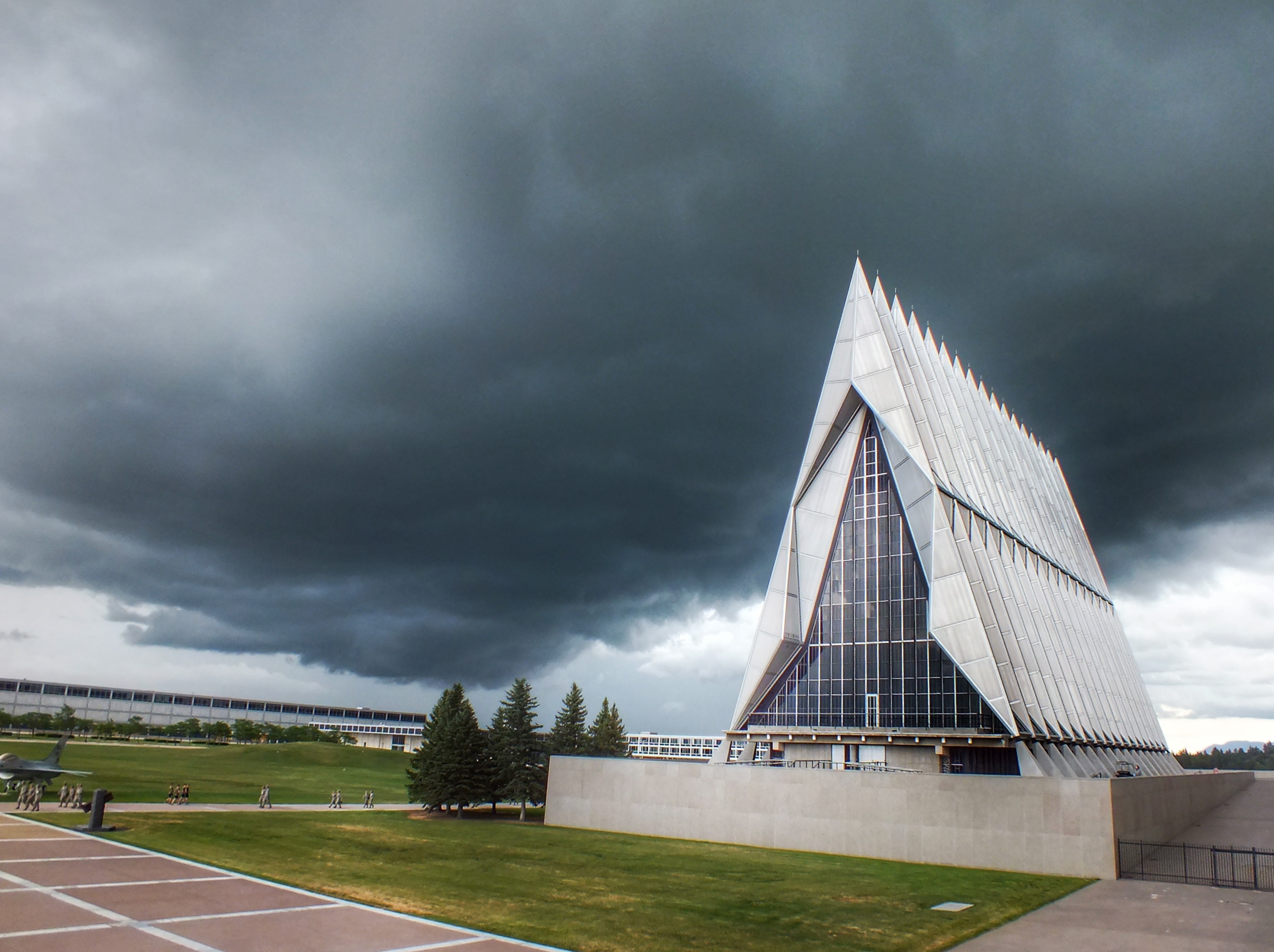 The Academy buildings form a square with the Terrazzo in the center. 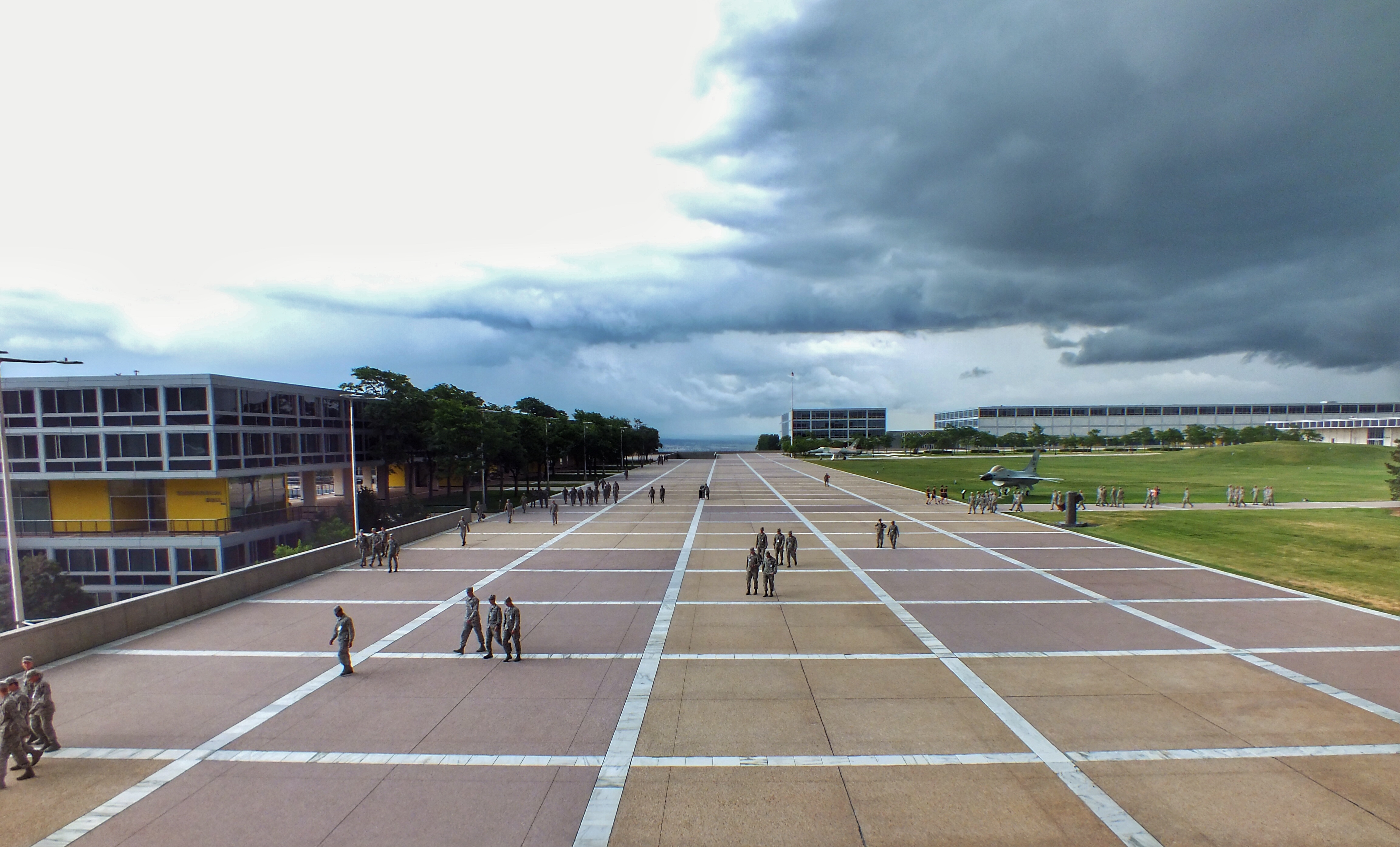 We walked around the Court of Honor where there are scattered memorials to people, classes, and events in Air Force history. A steady parade of cadets walked by, all heading in the same direction. 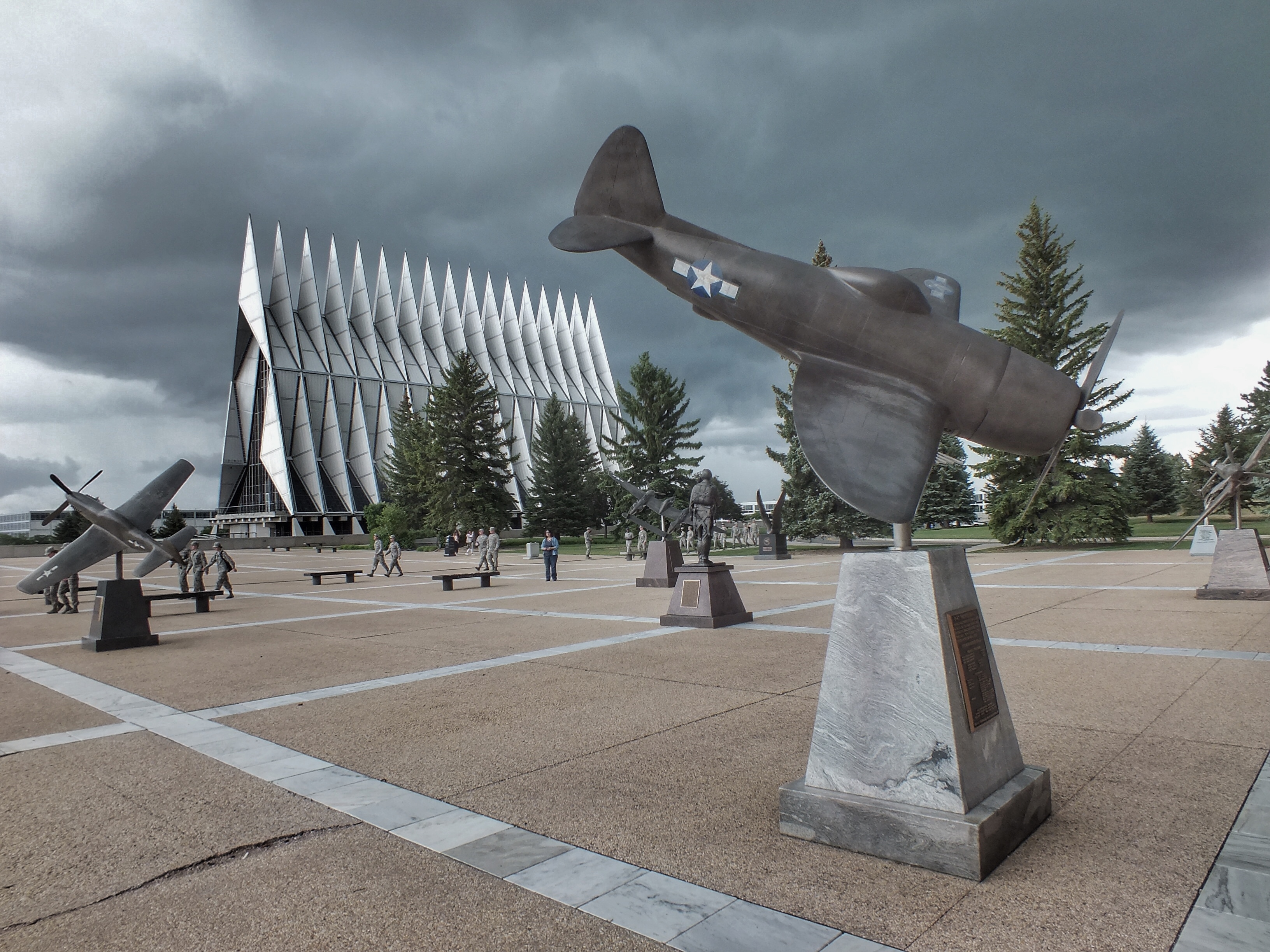 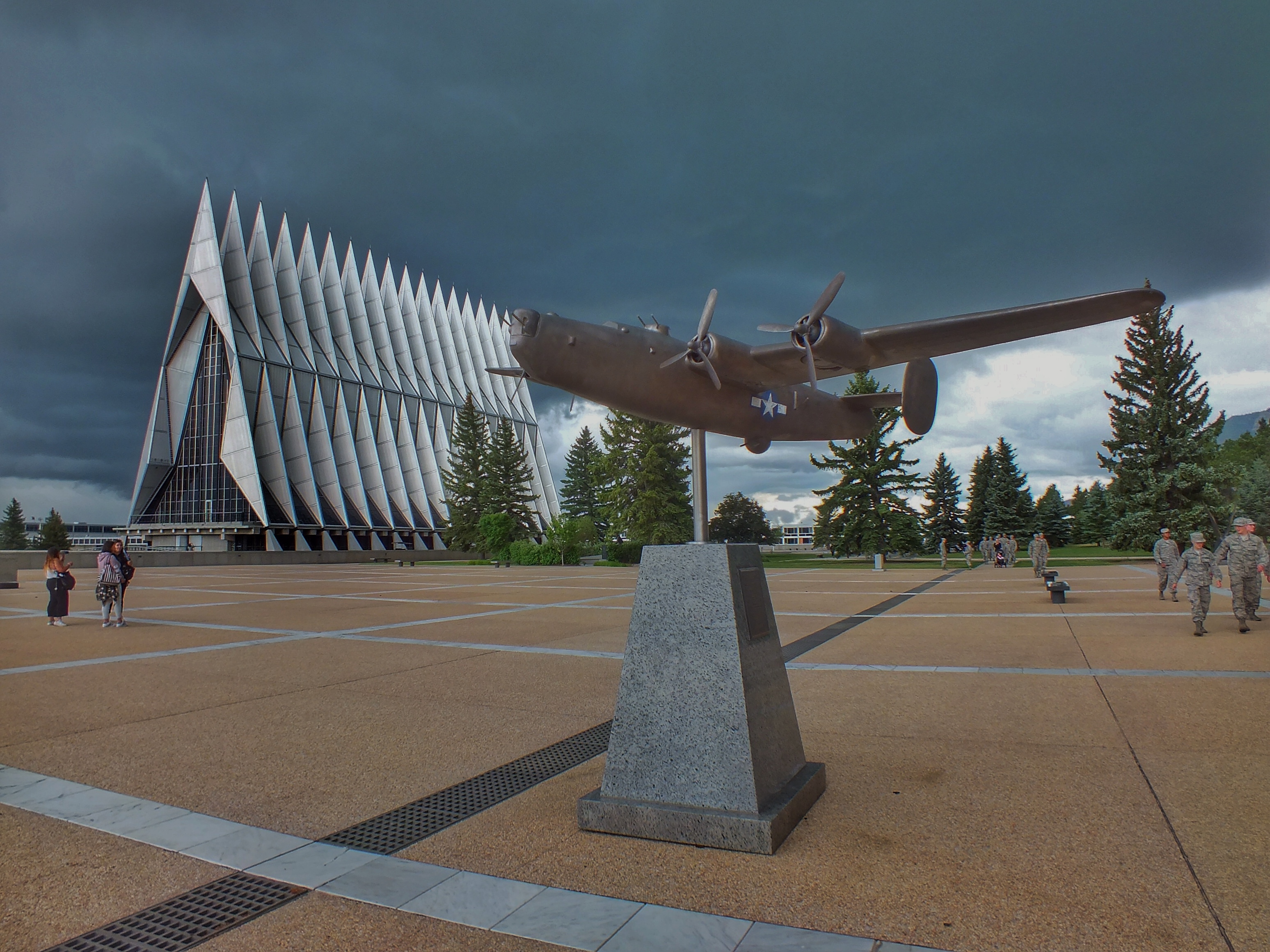 At the end of the court was the Center for Character and Leadership Development. 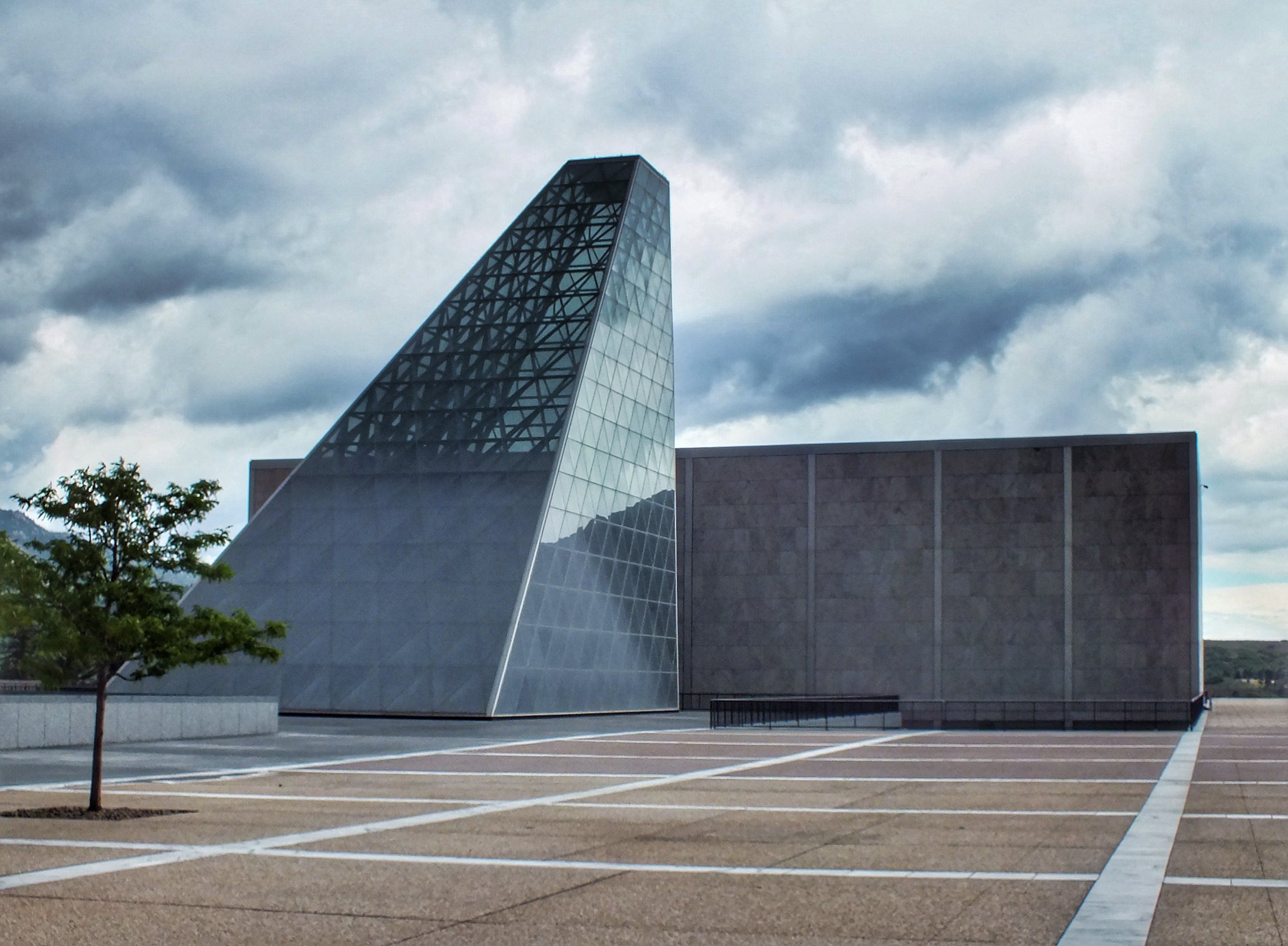 There are a lot of other things to see on the Academy grounds, but the storm was getting ever closer, and we had tickets to a Sky Sox game. Besides, it costs nothing to tour the Academy, and our new house will be about a mile away. It began raining just as we got to our car. (The mountain on the right is Eagle Peak, which I climbed a month or so ago.) 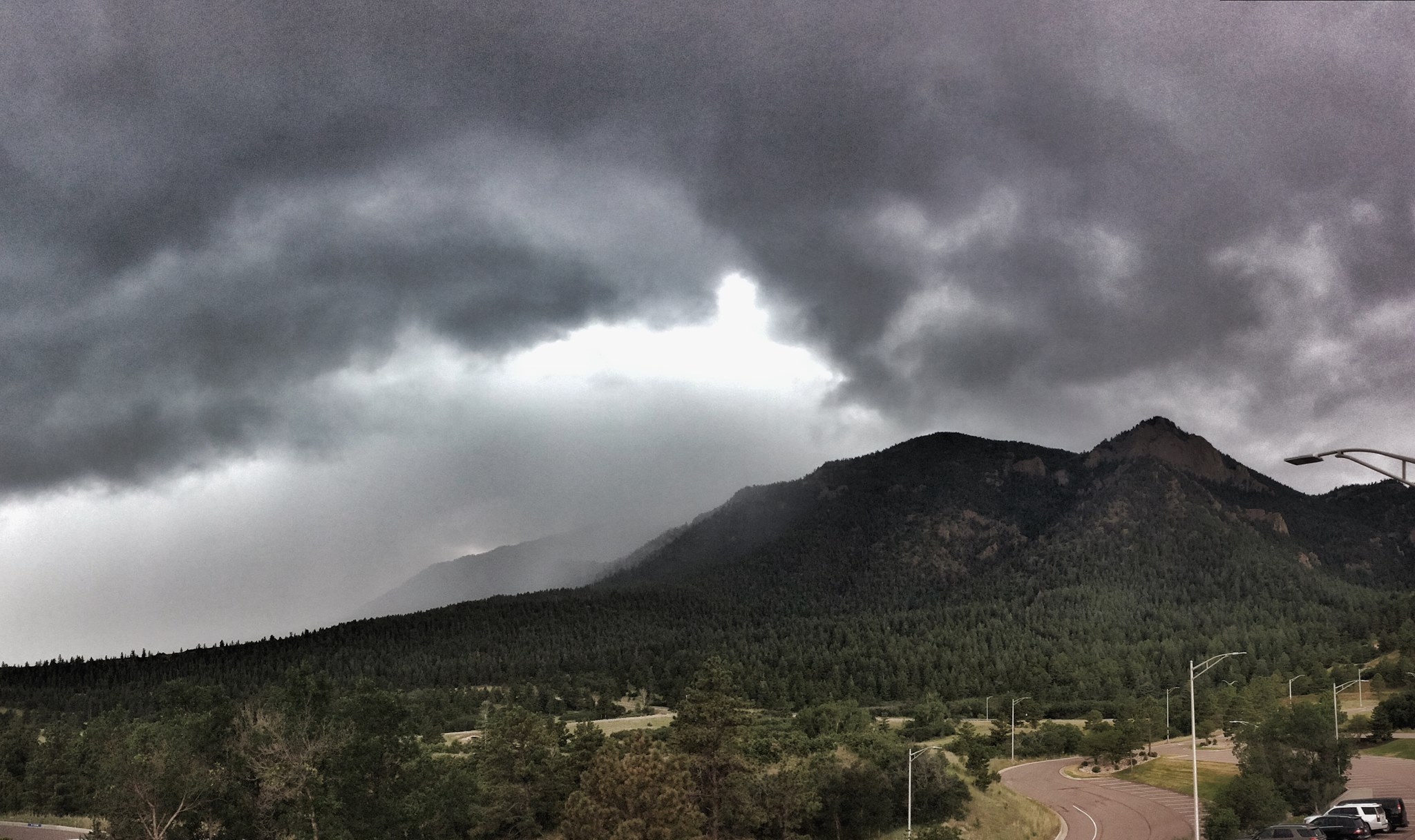 It was all very interesting, although I expected more history of the Air Force itself for some reason. Not only are the buildings impressive, but the scenery is beautiful.