I was at the park with three people from work. We decided to split up and meet later at the car. I walked down the Bayside Trail, which begins at the lighthouse and winds about 300 of the 400 feet from the top of the ridge to the water and ends at a fence around a naval base. The trail makes a sharp bend about 150 yards from the lighthouse. This area, like the entire slope was covered with scrub and flowers, with a few areas of small trees. 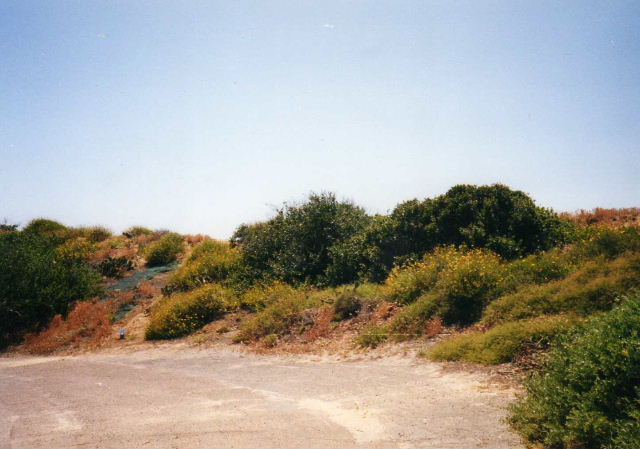 As I approached the bend, I saw a Black-headed Grosbeak fly to a perch on a bush along the trail. It perched there for about three minutes, then flew past me and landed in another bush up the slope behind me. I knew what it was right away, although the brightness of the sun caused a glare when it was on the first perch. When it flew up the slope, I was able to see it much better.

One amazing thing about this trip was how often and/or how well I saw my new birds. I got great looks at a pair of Black-headed Grosbeaks on the Visitor Center Trail at Mission Trail Regional Park on Tuesday. They were in a tree on the slope above the San Diego River. The female looked similar to a female Rose-breasted Grosbeak, but was more orange on the sides and breast.