I was still in the area where I’d seen the Anna’s Hummingbird when I heard a familiar song. The field guides say the Spotted Towhee sounds somewhat different than the Eastern Towhee, but I didn’t notice. I just knew it was a towhee. 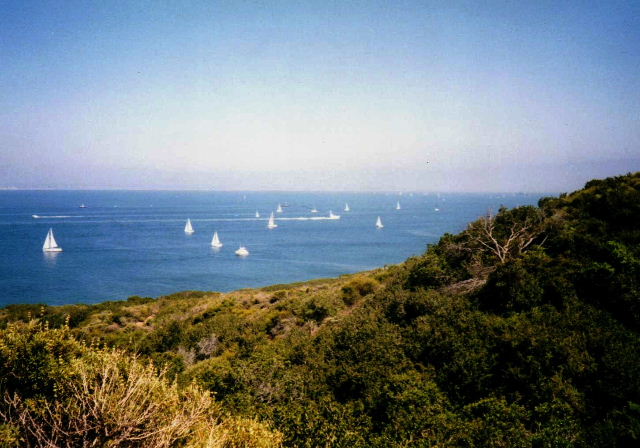 I soon spotted it sitting in a bush across a small fold in the slope from where I saw the hummingbird. Like most of my lifers on this trip, I saw several during the three days I was in San Diego. It looked just like an Eastern Towhee, except that it had white spots all over its back.