larus (ravenous seabird) heermanni (given in 1852 by John Cassin for Dr. Adolphus Heermann, mid-19th century field collector of birds and their eggs in California)

After seeing the Snowy Plovers, I continued down the beach to the river mouth. By this time, I had figured out that the time to visit Tijuana Slough was winter or early spring. There weren’t nearly the number of birds around that I expected. A flock of Brown Pelicans and Western Gulls were on the far bank. A few Black-bellied Plovers and Snowy Egrets wandered around. An American Avocet flew up the channel and a variety of terns coursed over the water.

I stood near the bank of the river about 40 yards in from the ocean and tried not to breath deeply. Everything in front of me — river, flats, marsh — was muddy or scrubby. It wasn’t an attractive area. I had planned on spending a few hours here, but I’d already seen everything there was to see. I headed back up the beach toward my car. 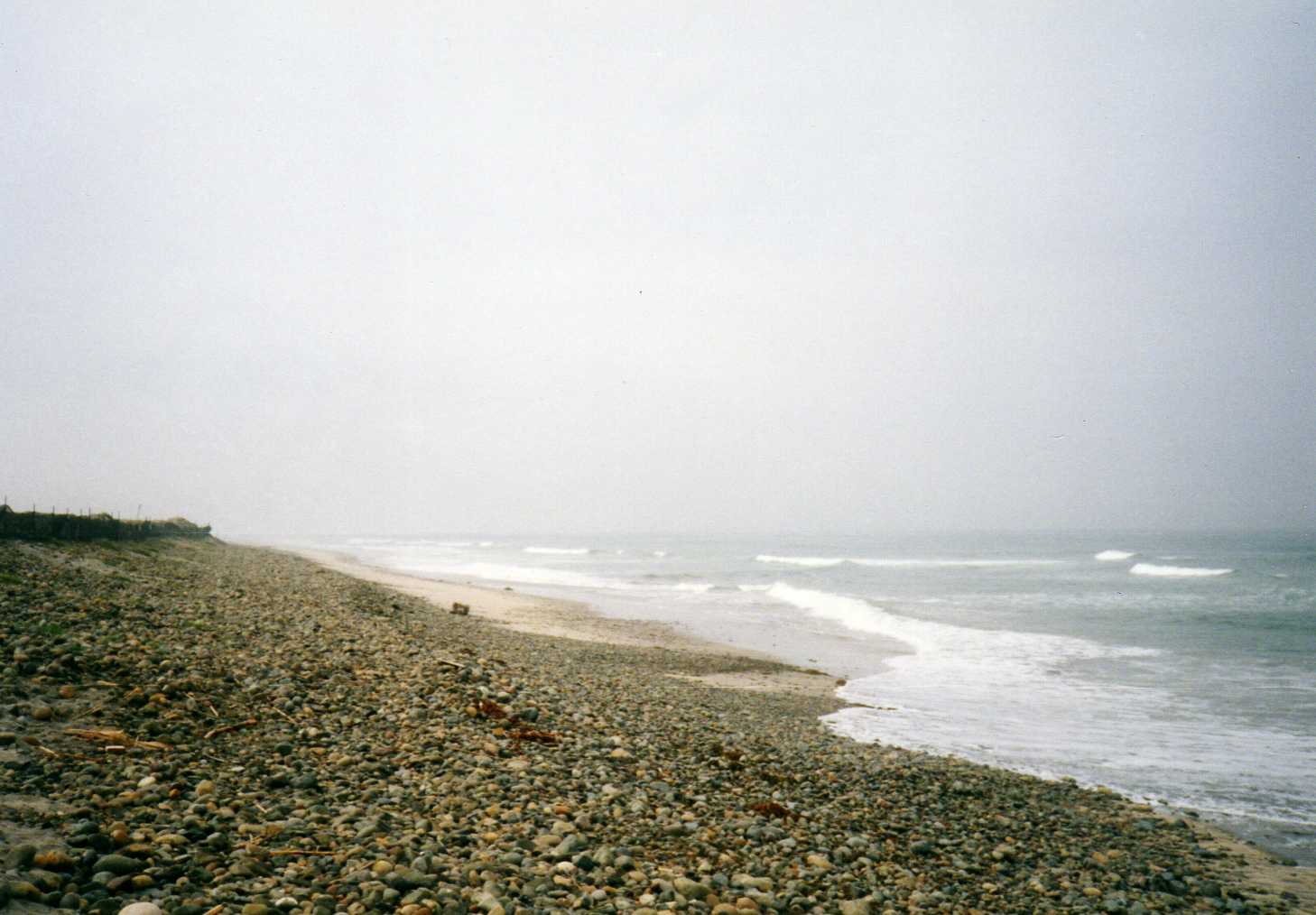 I was walking back up the beach when this Heermann’s Gull flew past. It was over the ocean, perhaps 20 yards from the beach and five feet above the waves. It continued in steady flight to the north until it disappeared.