We were driving into the park with the Sangre de Cristo mountains on our right and the arid flats of the San Luis Valley on our left. The dune field was just a few miles in front of us. Shortly after we passed the park entrance sign, the road climbed into the edge of the pinyon and juniper zone. I spotted a couple medium-sized birds flying into the scattered trees at the very edge of the zone. I stopped the car and grabbed my binoculars. I saw the birds were blue, with short tails and long bills and figured immediately that they were Pinyon Jays. 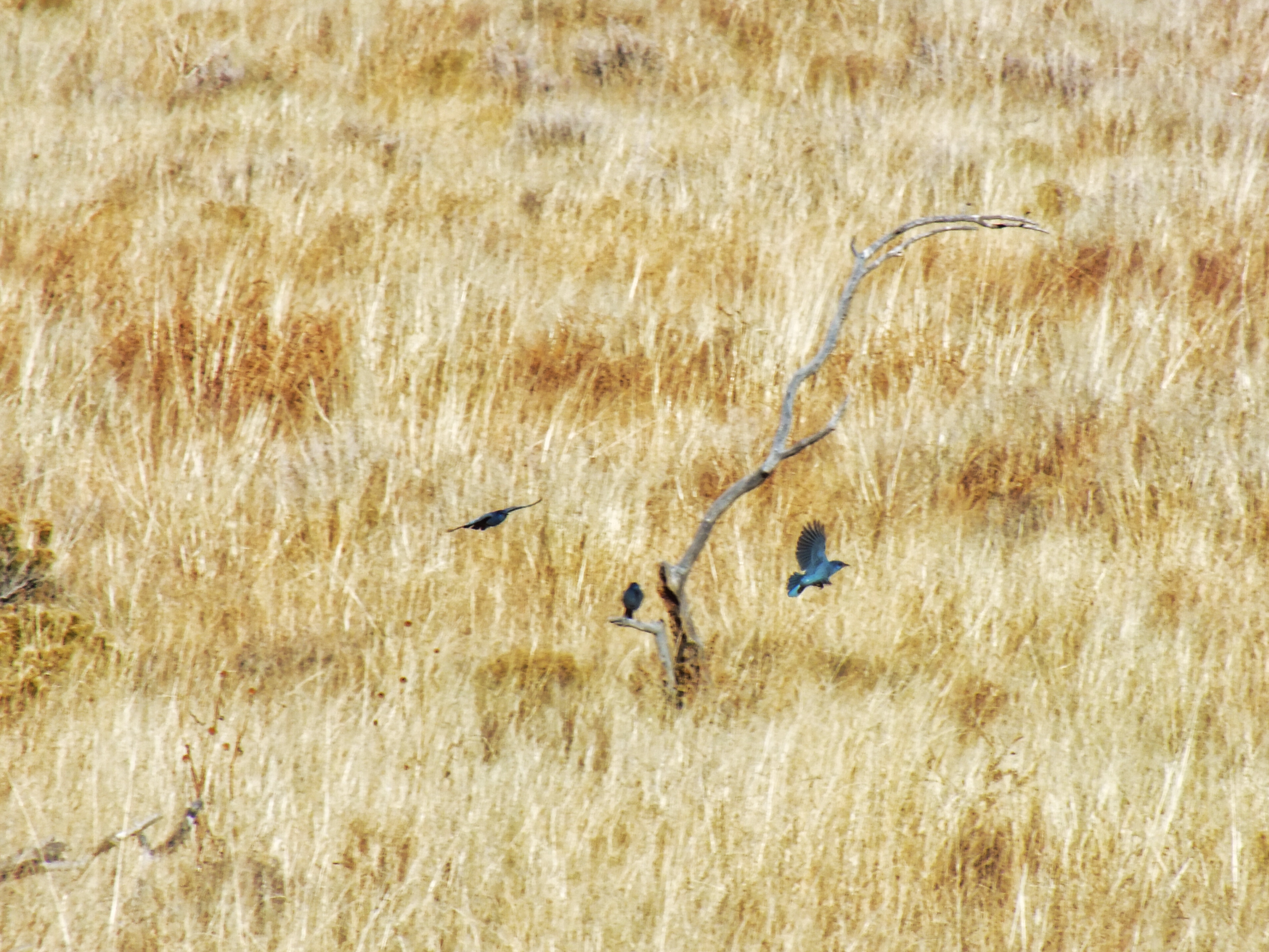 I’ve been keeping my eyes open for Pinyon Jays every chance I’ve had to bird in the middle west. They are notorious for being hard to find. They almost always travel in flocks and they keep moving, so their presence one day doesn’t mean they’ll be around the next. Their diet consists almost entirely of pinyon pine seeds. 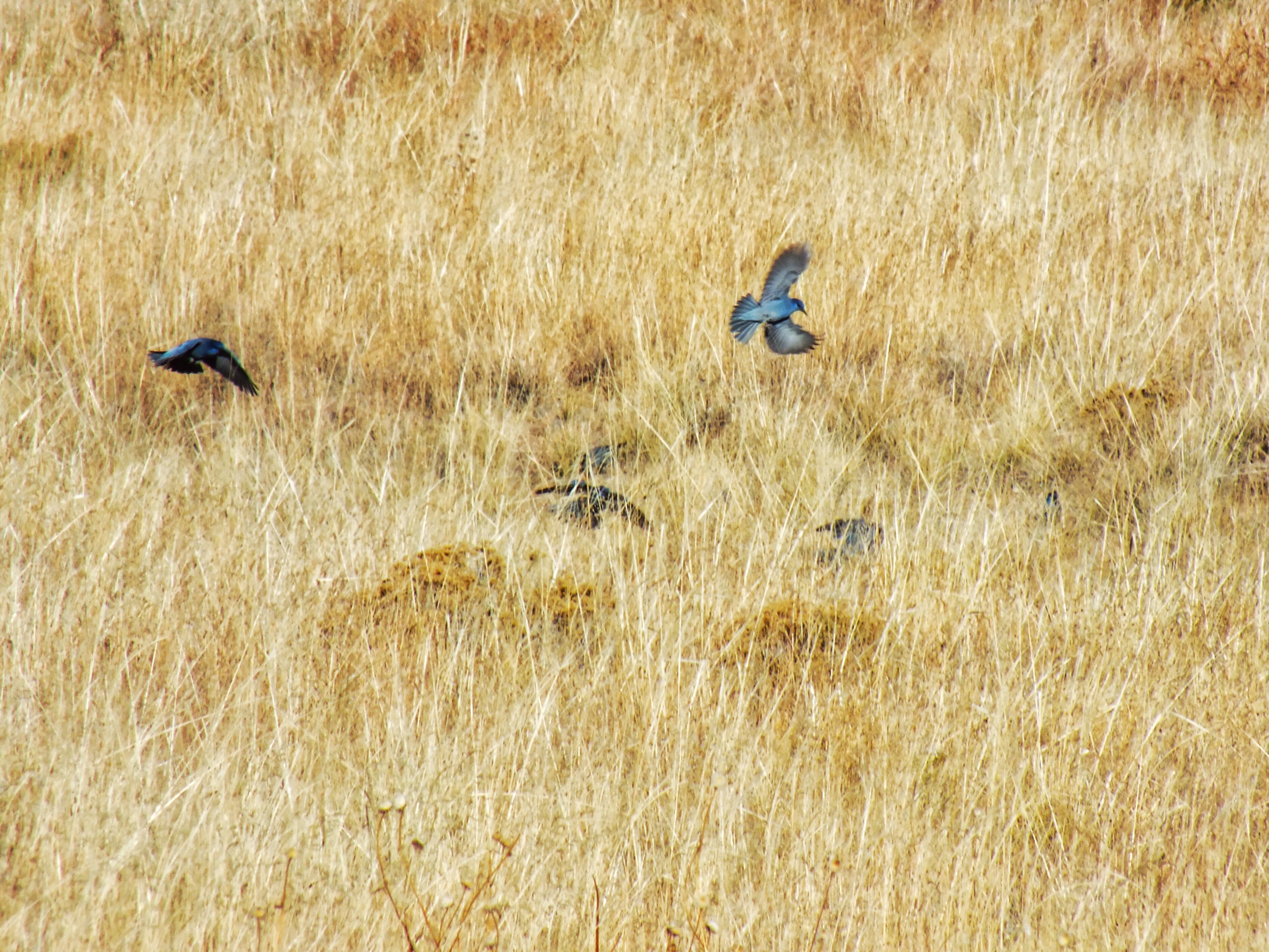 I pulled the car off the road and got out for about five minutes. The flock—there must have been somewhere between 40 and 50 of them—was rolling through the trees and grass. Some would land in the pinyons, others would land on the ground. None of them stayed in one spot for more than 10 or 15 seconds. The birds at the back of the flock would fly over those that had landed and alight further along—over and over. I followed them for about 50 yards, then went back to the car. As we drove, we kept pace with the flock for maybe another 100 yards. The birds then crossed the road and disappeared uphill. One did land in a bush about 15 feet from my wife’s side of the car, giving her a great view, but it was gone before I could get my camera pointed and focused. The entire time they were in view, the flock kept up their constant, odd laugh-like calls. We saw no other sign of them during the four hours we were in that park. 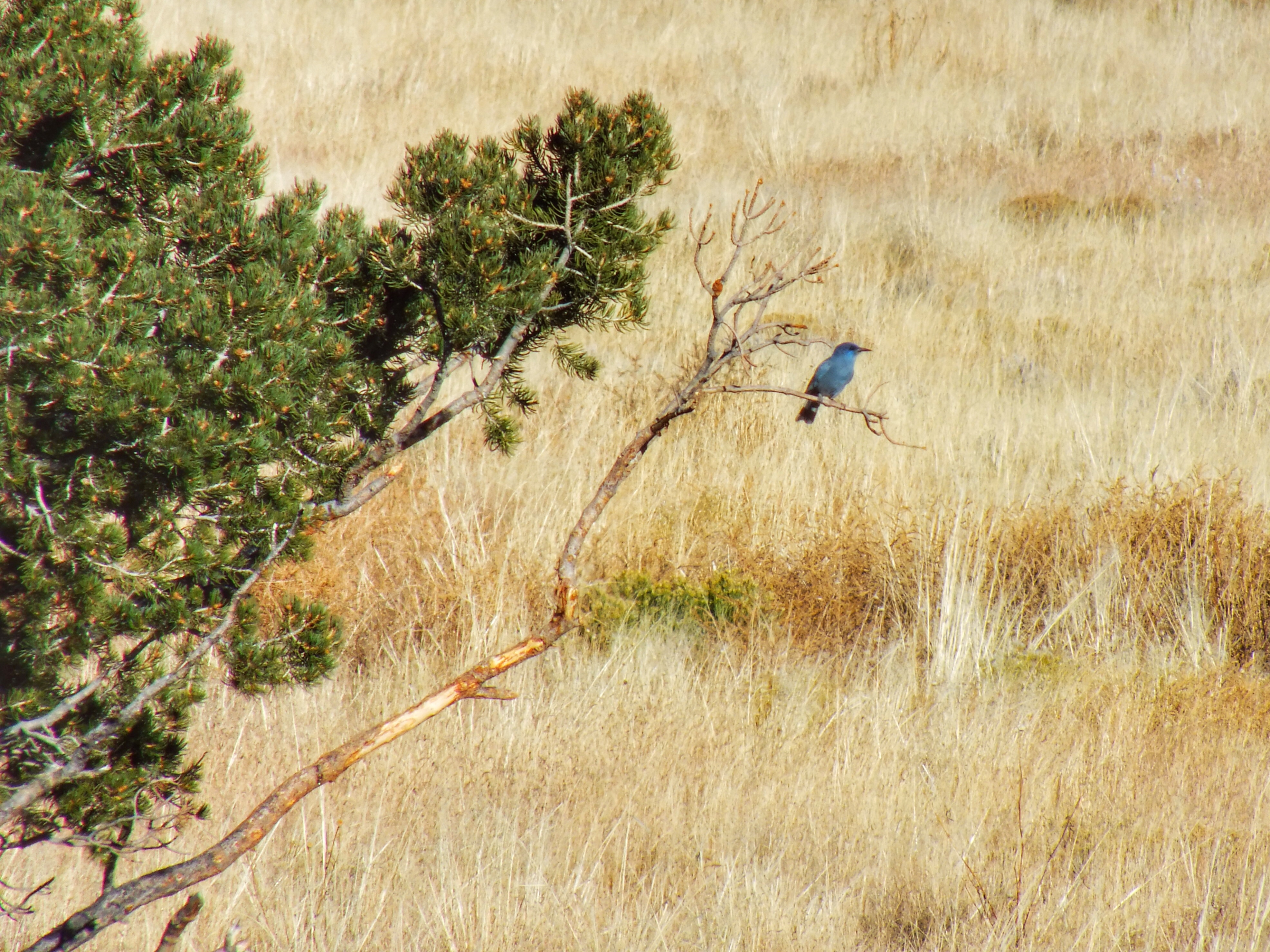 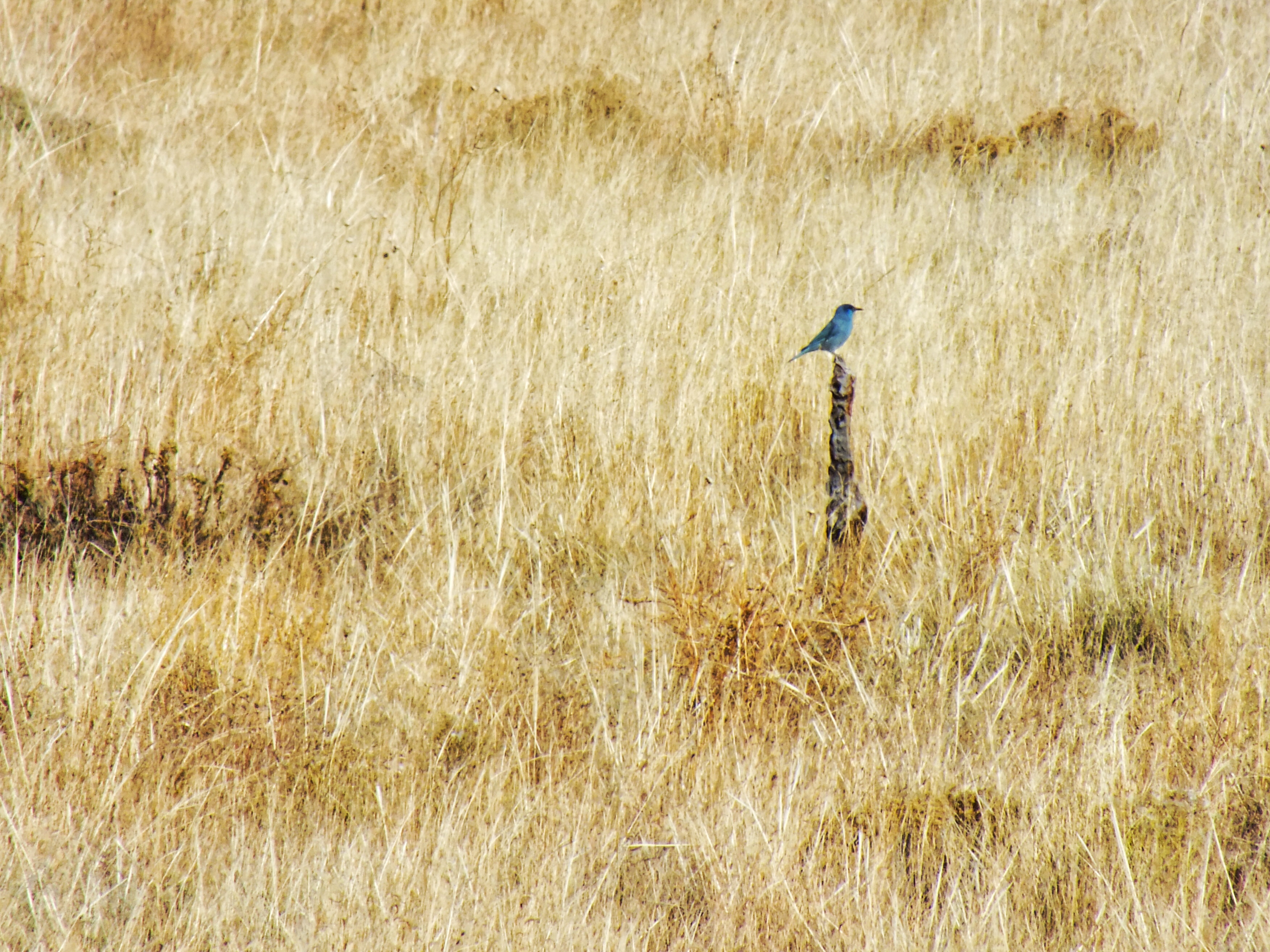