This is an odd place. It began back in 1977 when a family opened a tilapia fish farm. The water in the San Luis Valley is heated to 87° by geothermal springs, making it possible to raise the African perch in Colorado.

Ten years later, the owners bought 100 baby alligators to eat dead fish and fish parts. The warm water and rich diet caused the gators to grow faster than they would in the wild, and some of the original babies are still there and huge.Locals kept asking to see the gators, so in 1990, they opened the farm to the public. 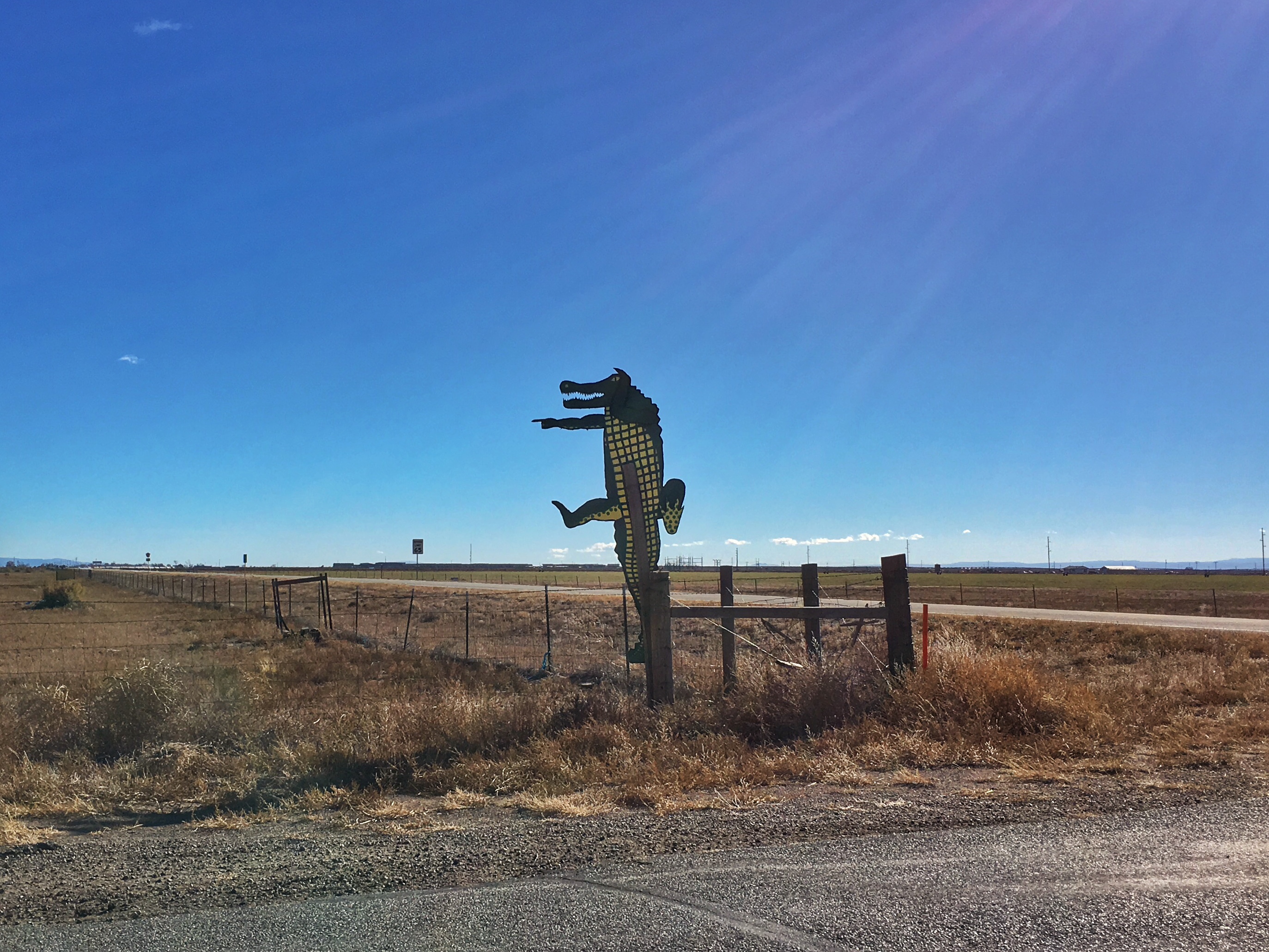 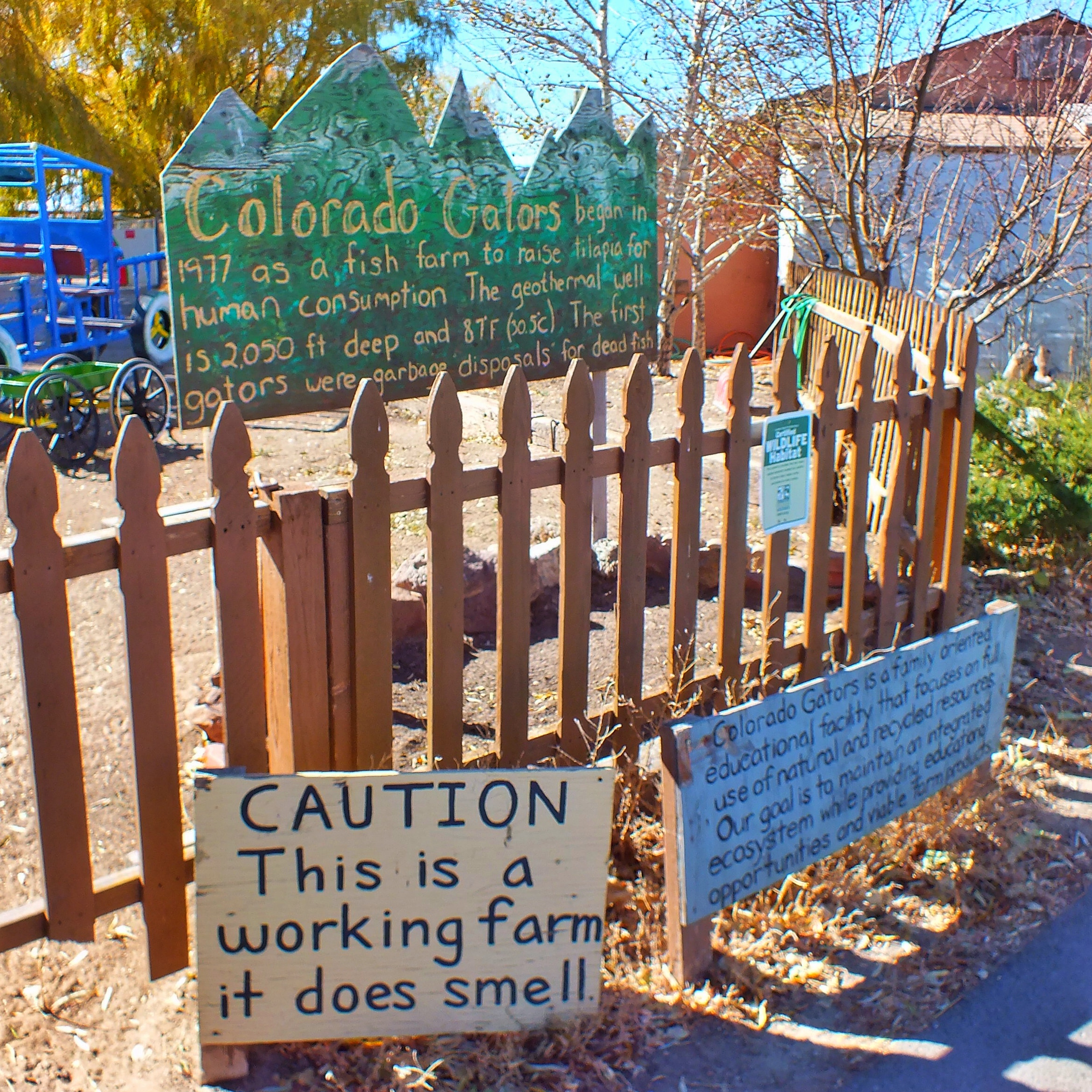 It’s not a fancy place. There’s a decidedly primitive, rinky-dink feel to it all. Brilliantly, they play up the danger everywhere. 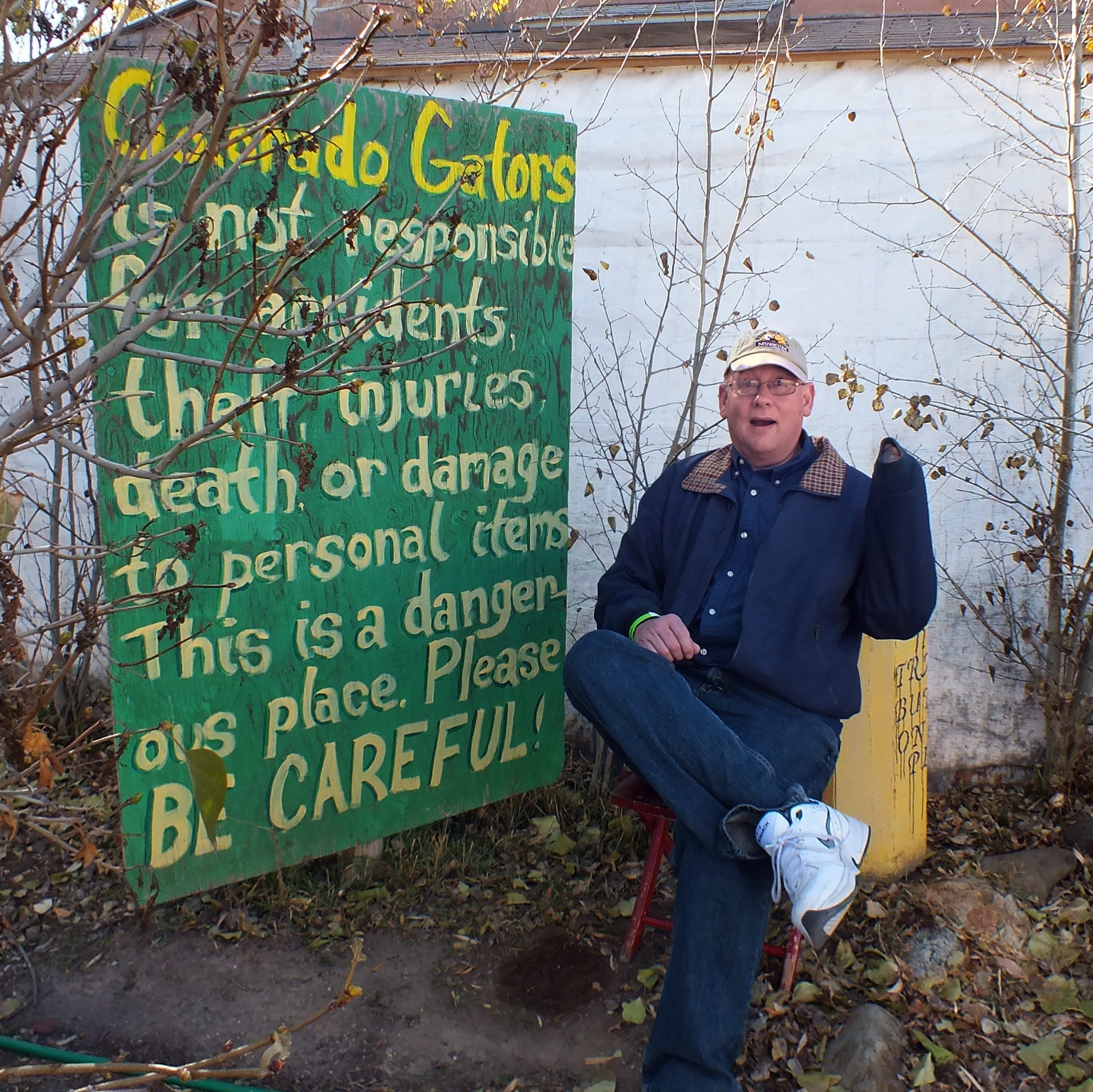 In the gift shop, there’s a photo display of the time one of the workers lost a finger to a gator. And there’s this. 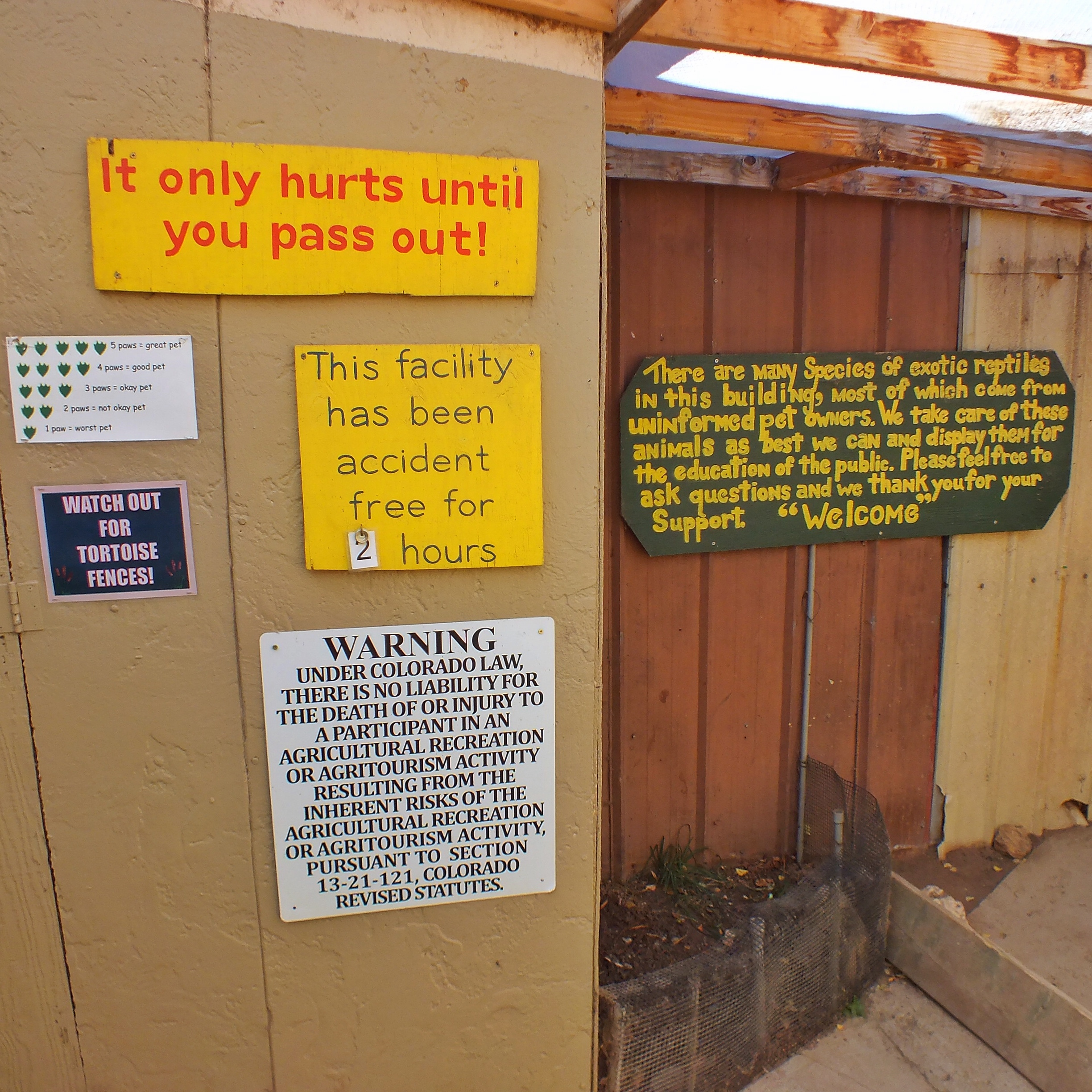 The first building housed a whole bunch of snakes, lizards, turtles, frogs, etc., most of which had been turned in by people who once thought they would make good pets but found out otherwise. We had to keep stepping over “tortoise fences,” boards that stood all over the place to keep tortoises from wandering outside. 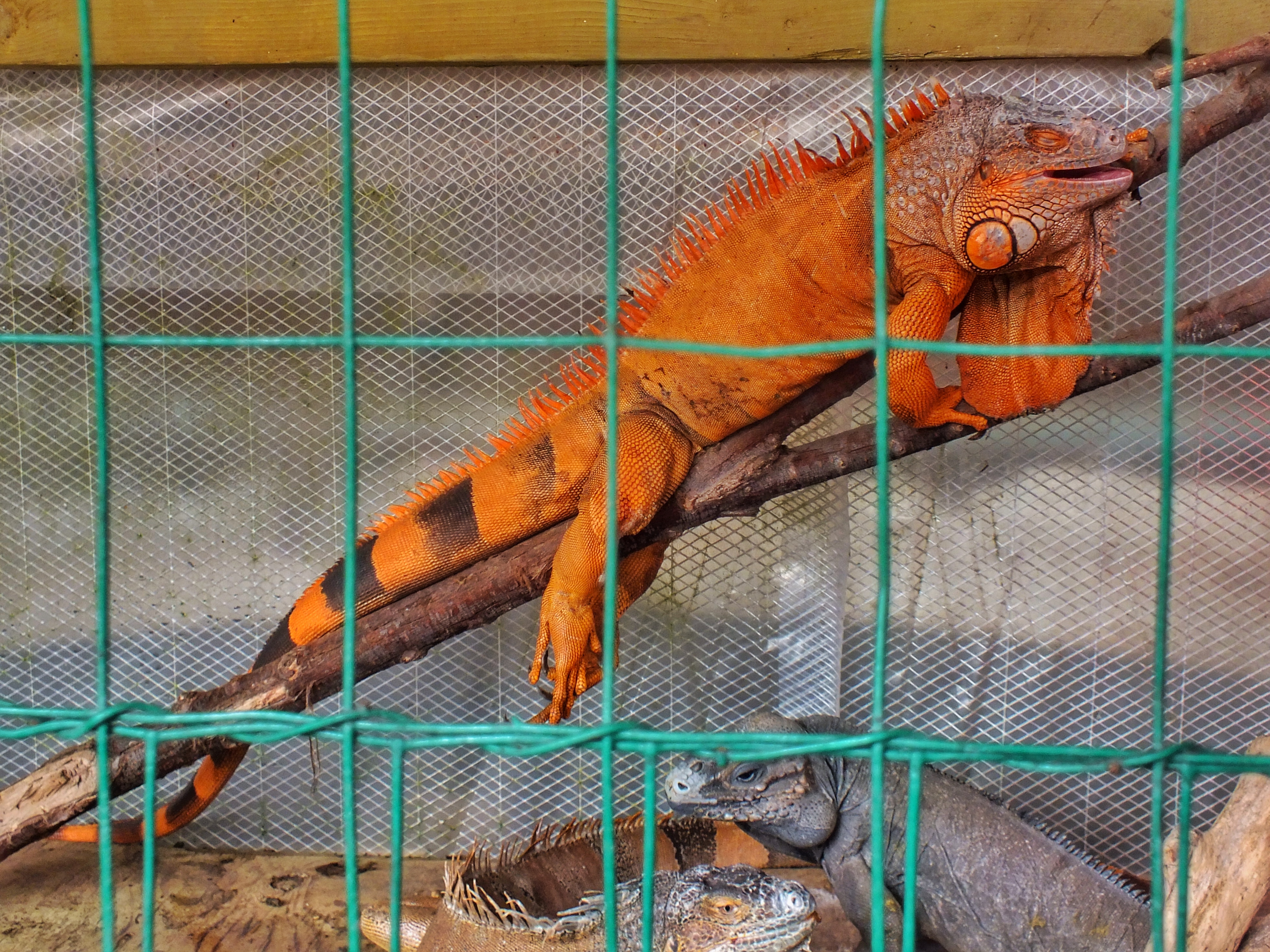 A guy came over to us, reached into a bin and pulled out a three-foot gator named Ali. He explained to us that a gator that size couldn’t bite through a bone, but it could tear off all the skin on a finger down to the bone. Then he asked me if I wanted to hold it. About this time, a second guy walked in and told us that the first guy didn’t work there.

After he took our photo, he gave us a Certificate of Bravery, although my wife’s name shouldn’t be on it because all she touched was the tail, which wasn’t really all that brave. The guy made  Ali bite down on the certificate to make it official.

A tank of tilapia and other fish. The second guy came over and explained that they had created a new type of fish, a white tilapia. He said that the “rich people in Aspen like the white meat better, although he couldn’t tell the difference.” I wondered how he knew I wasn’t a rich person from Aspen. 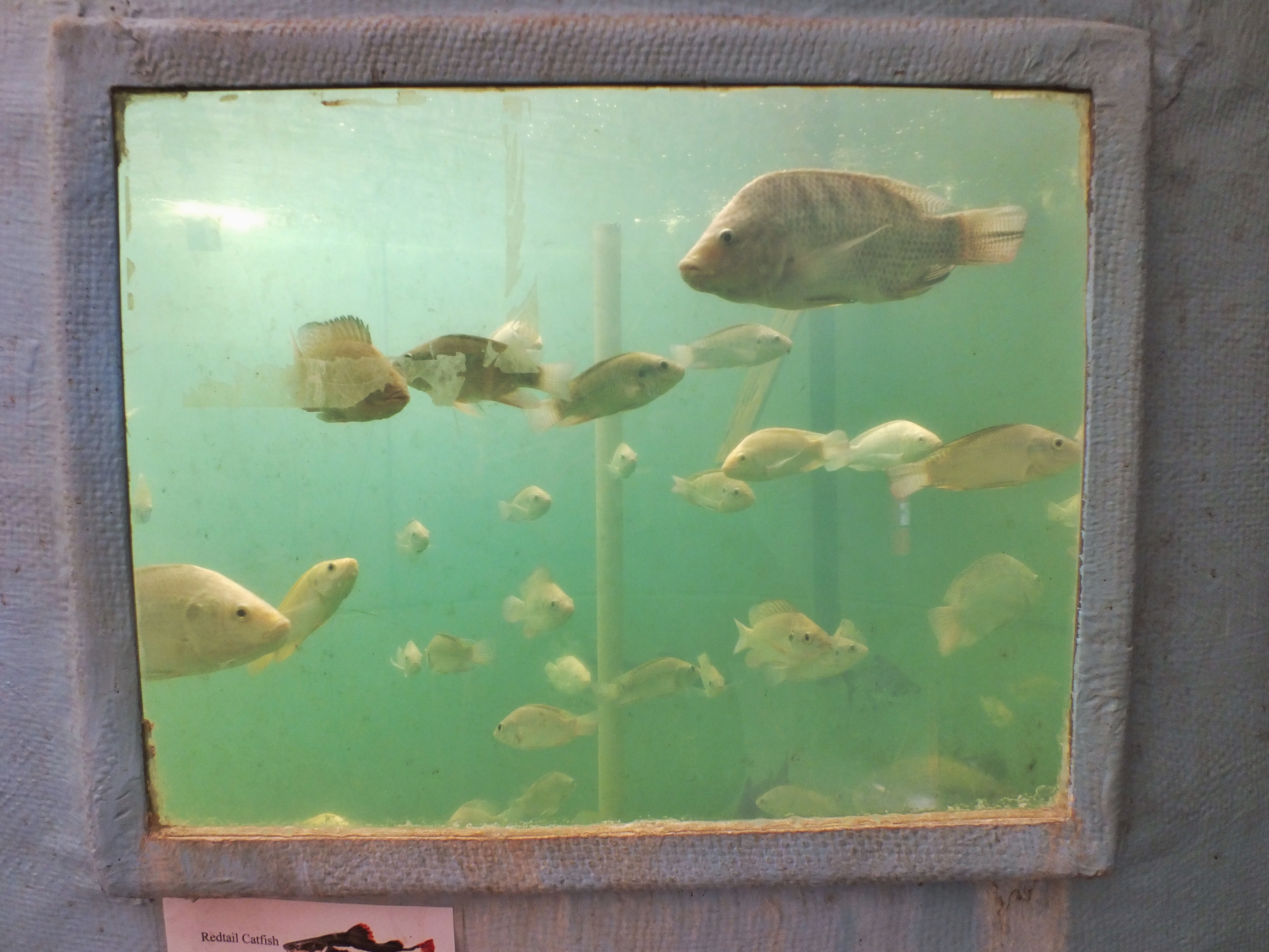 He also told us that gator wrestling class was going on outside if we wanted to watch.  We headed out and found this. 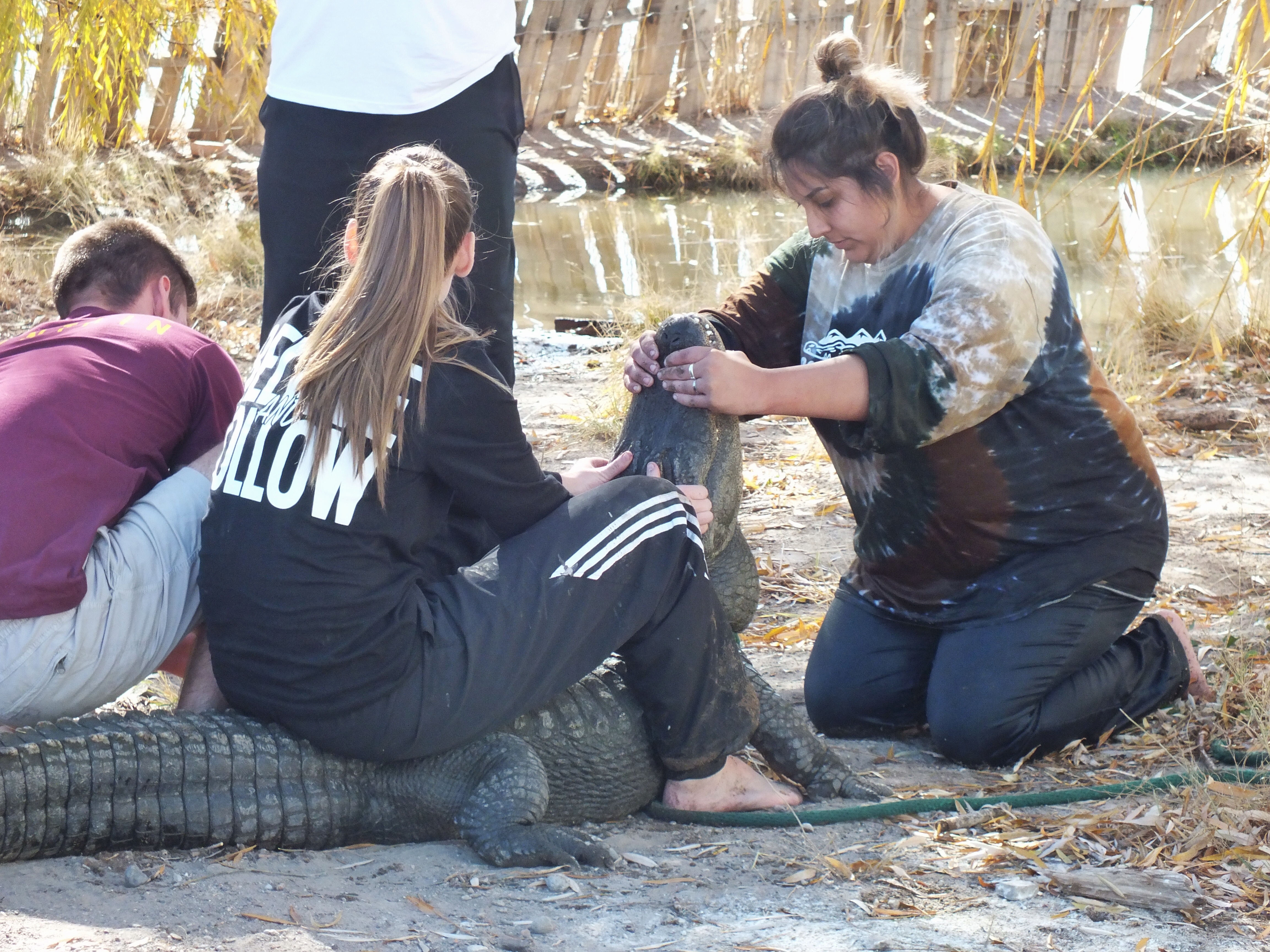 None of the participants—tourists, staff, or alligator—seemed to be enjoying it all that much. The class cost $100/person. We didn’t sign up. Or watch long.

Back inside, we found the place where the tilapia are raised. A series of large tubs contained fish of increasing size. At one point, I overheard one of the staff explaining the operation to another visitor. I understood that they breed the fish, but don’t generally raise them to eating size. They sell them while they’re still small to places that keep them until they’re large enough. But I could be mistaken. 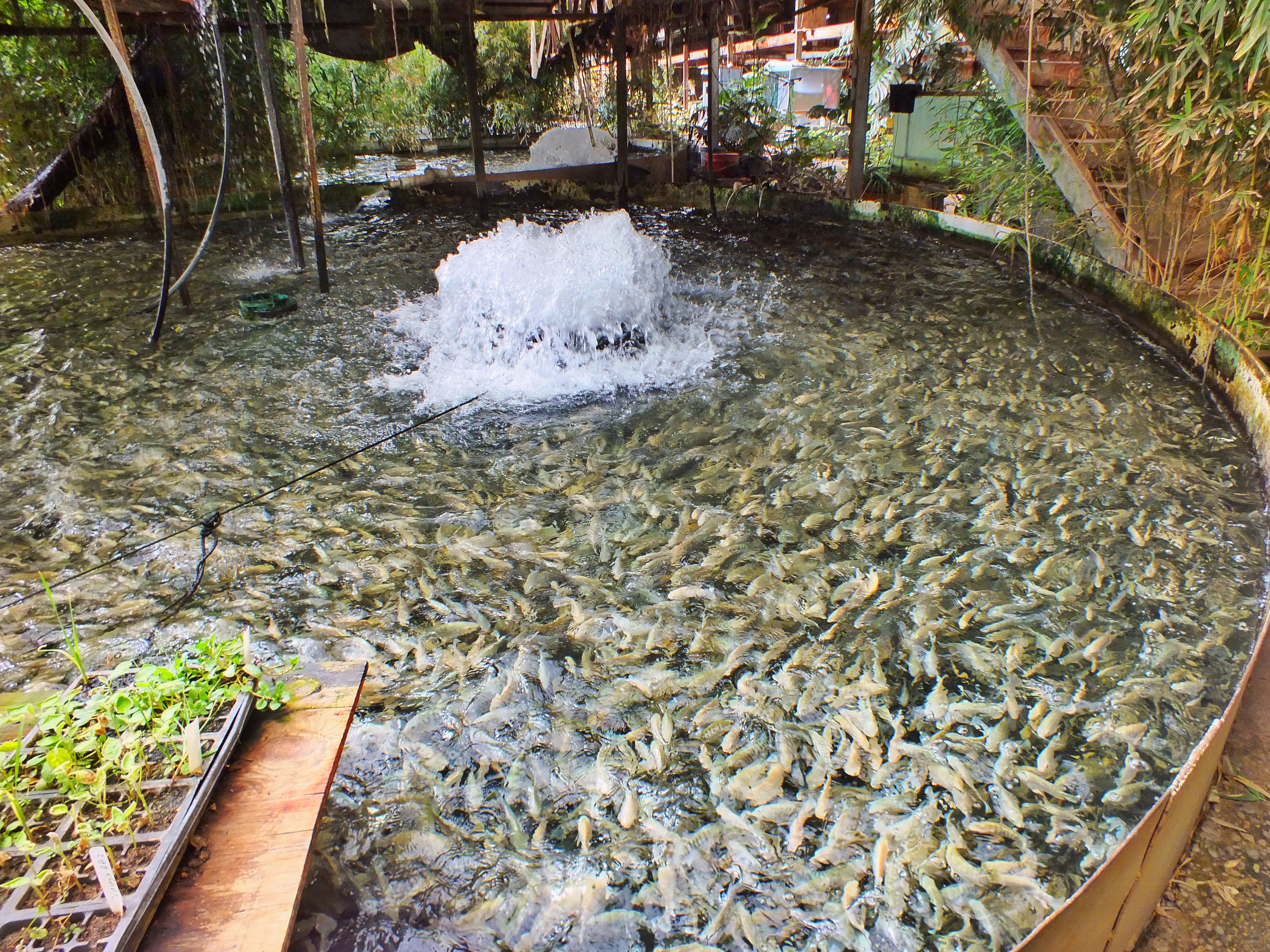 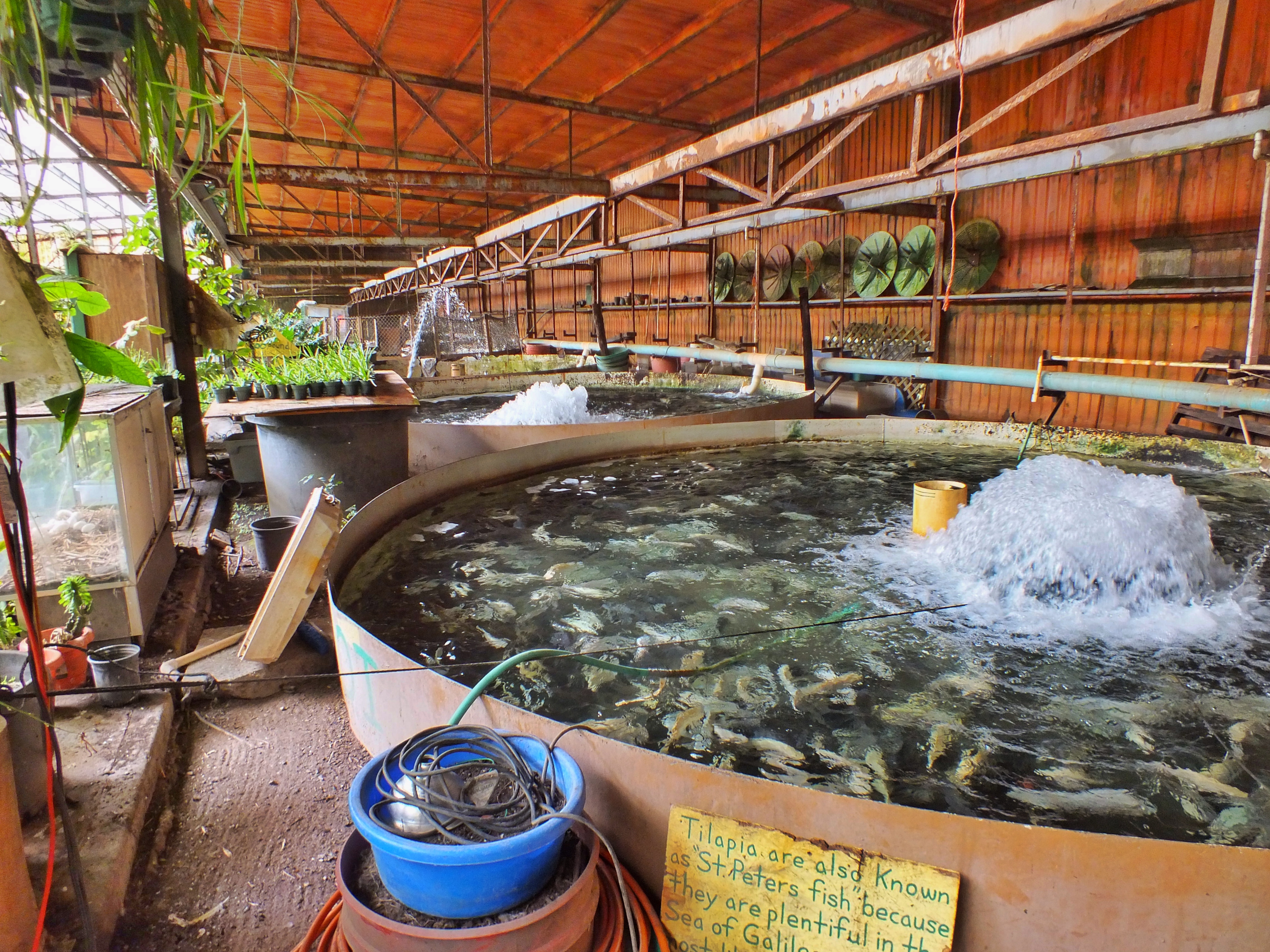 Outside the building, a trail led around several pens. This is Elvis, one of the original alligators brought to the farm as a baby. He’s larger now. 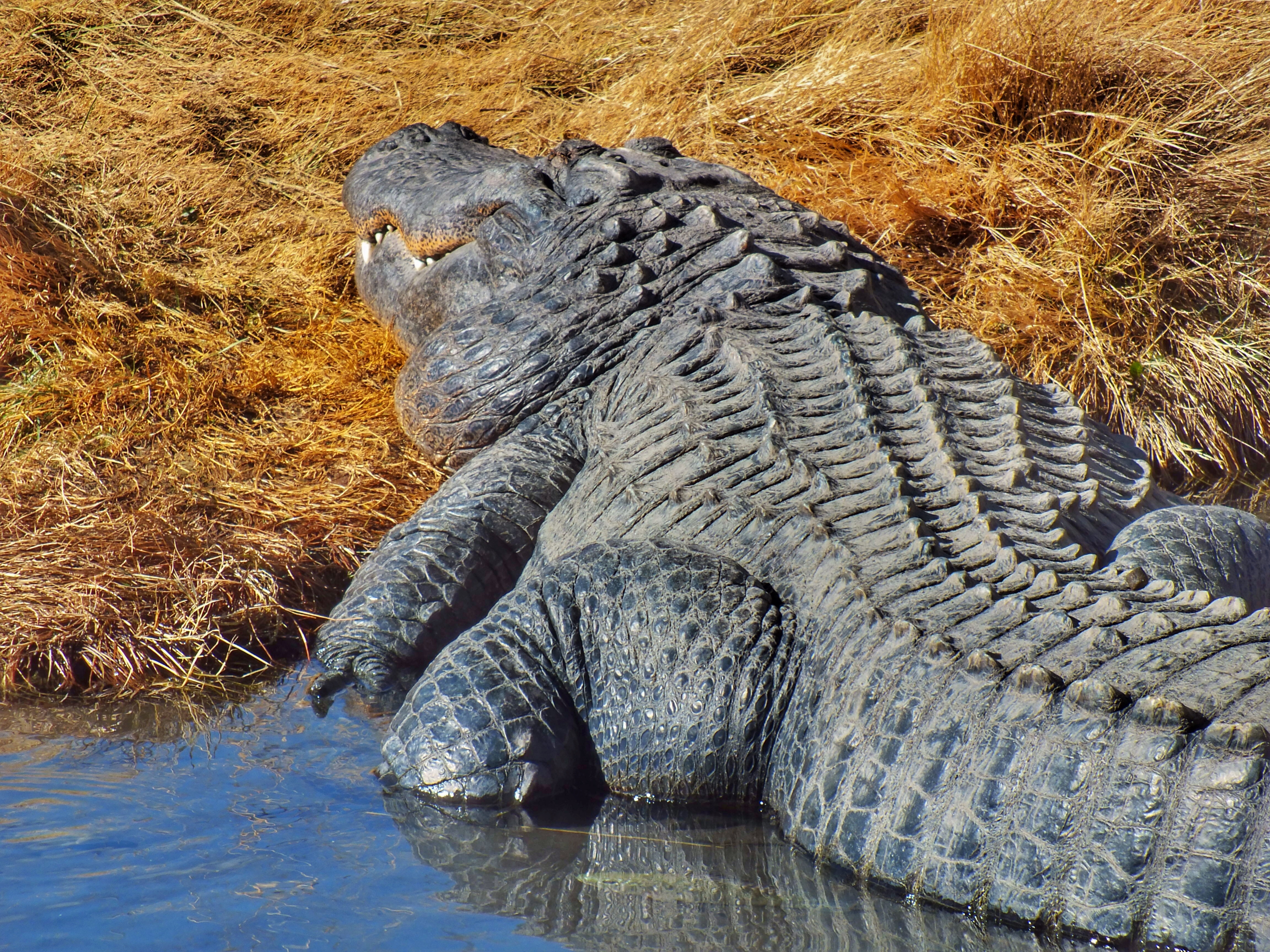 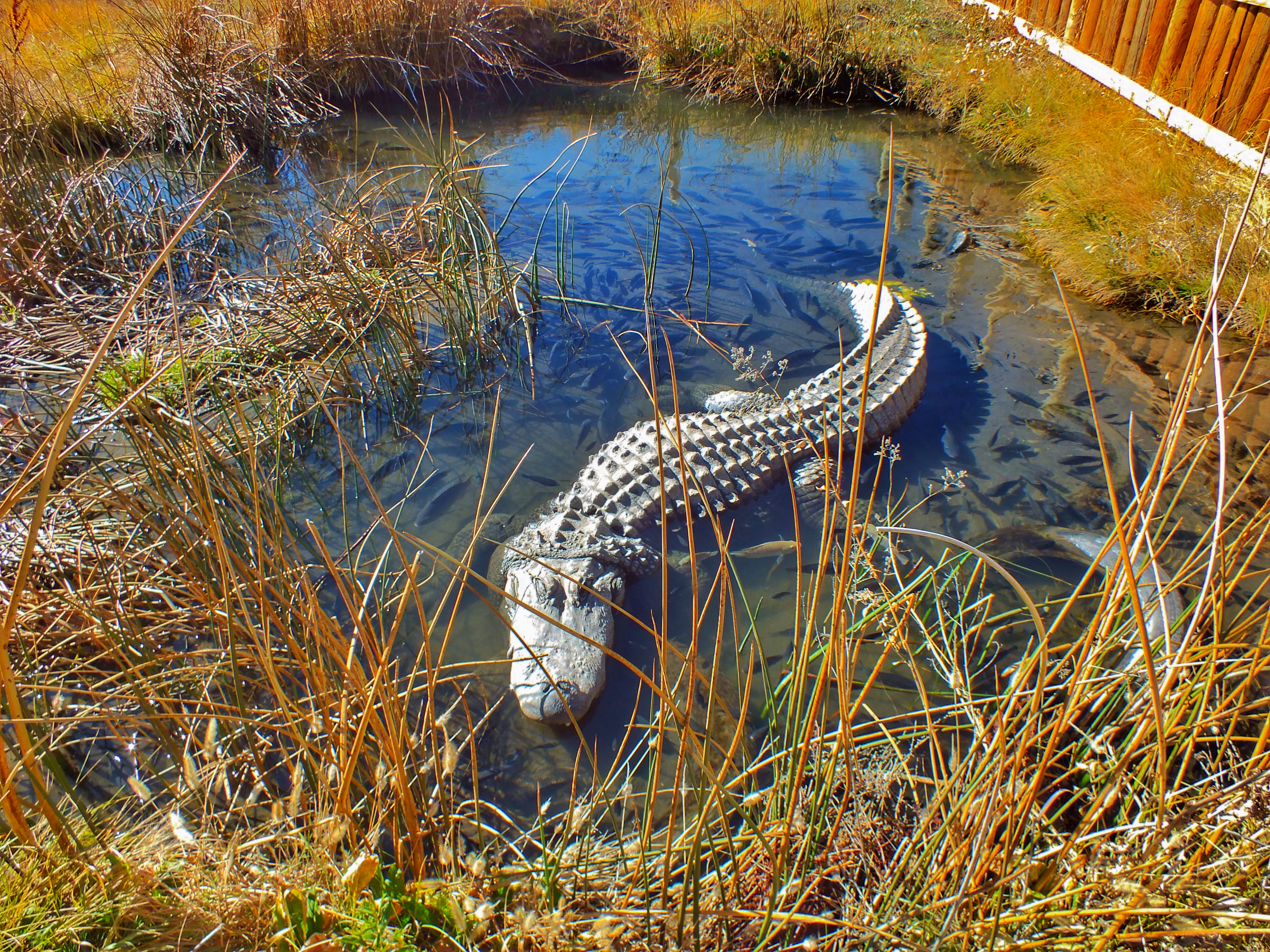 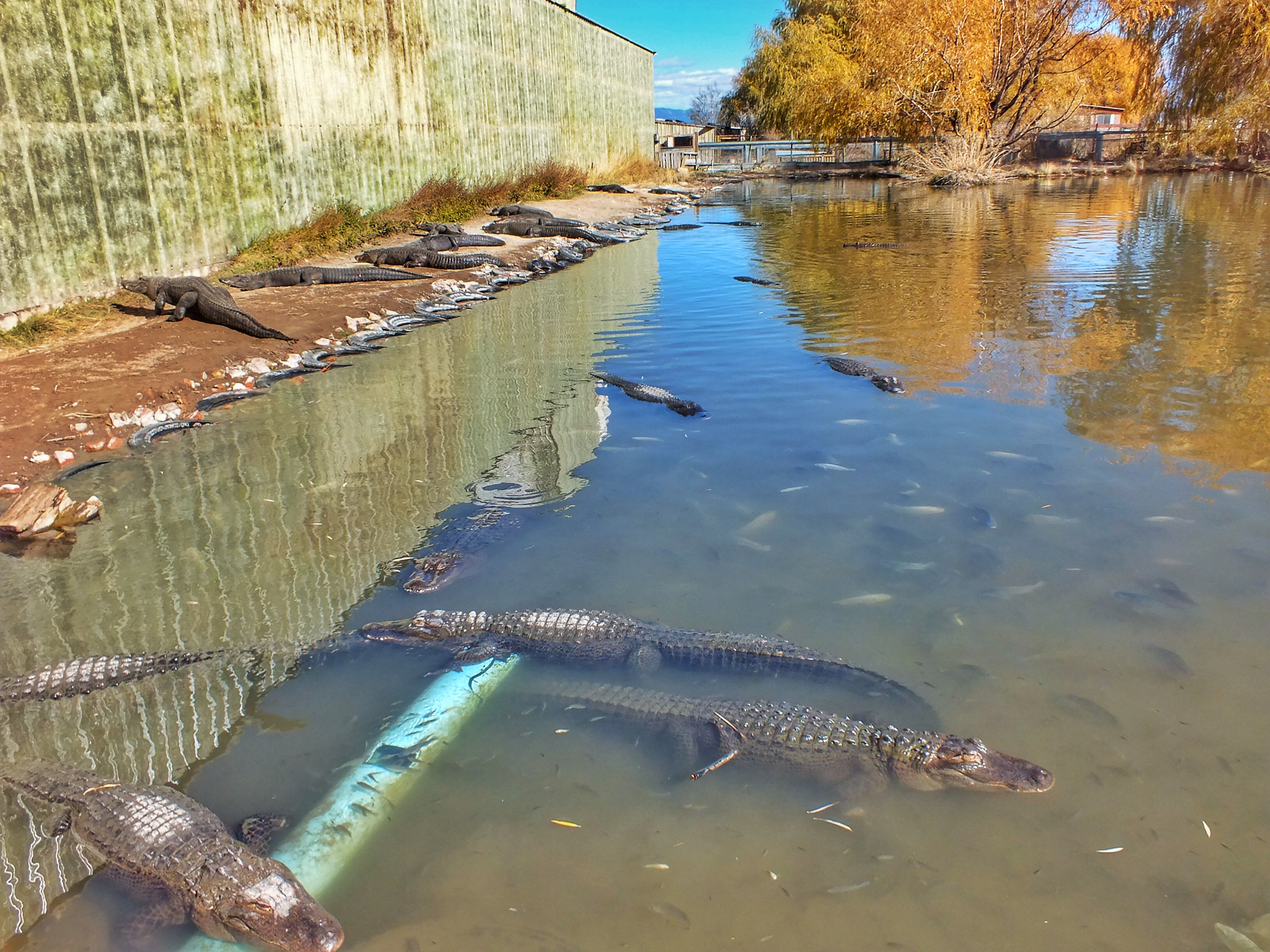 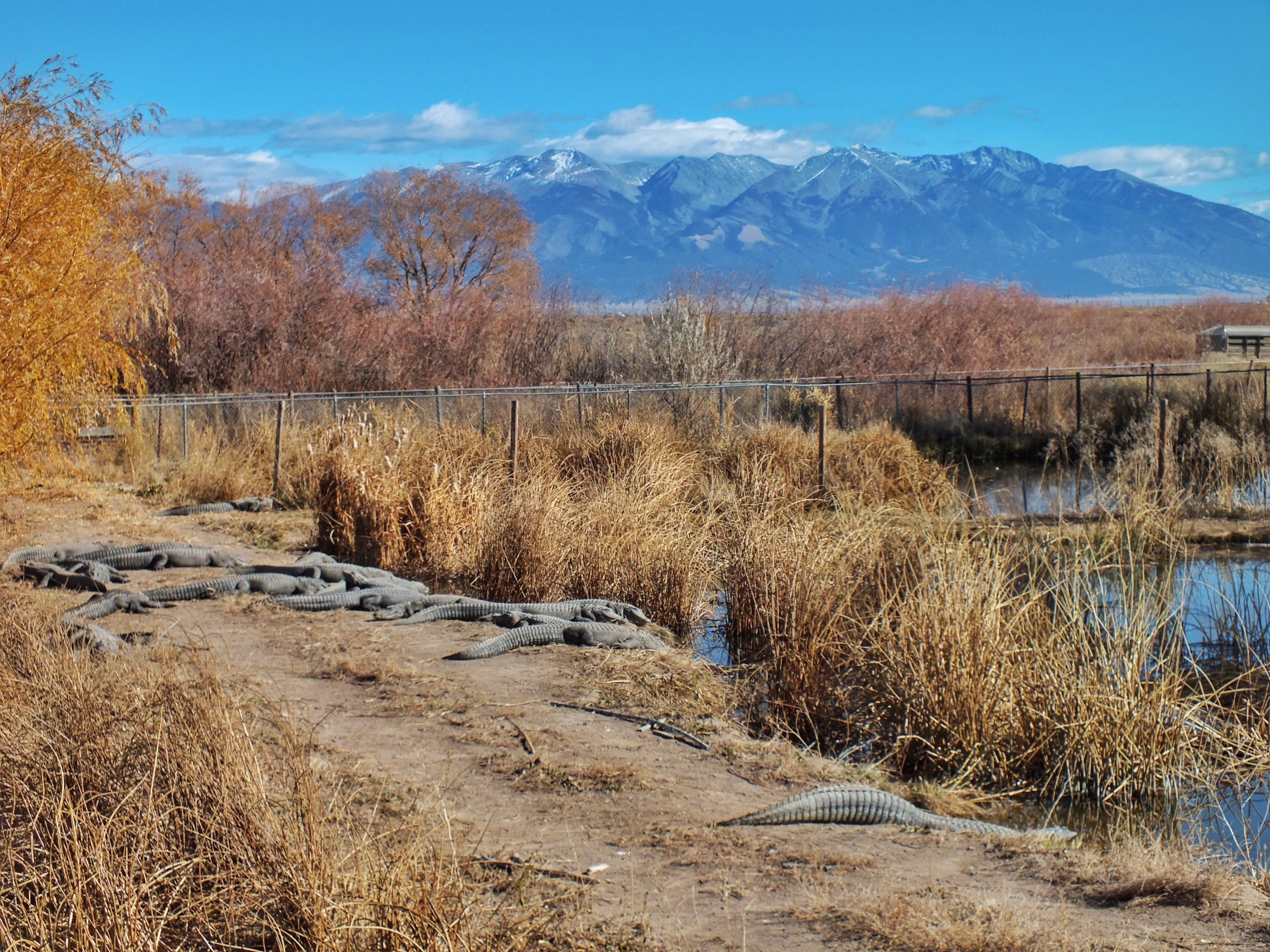 It was every bit as ramshackle outside as it was inside. There were places where it seemed like a self-respecting alligator could have gotten through a fence. But perhaps they know when they have it good. 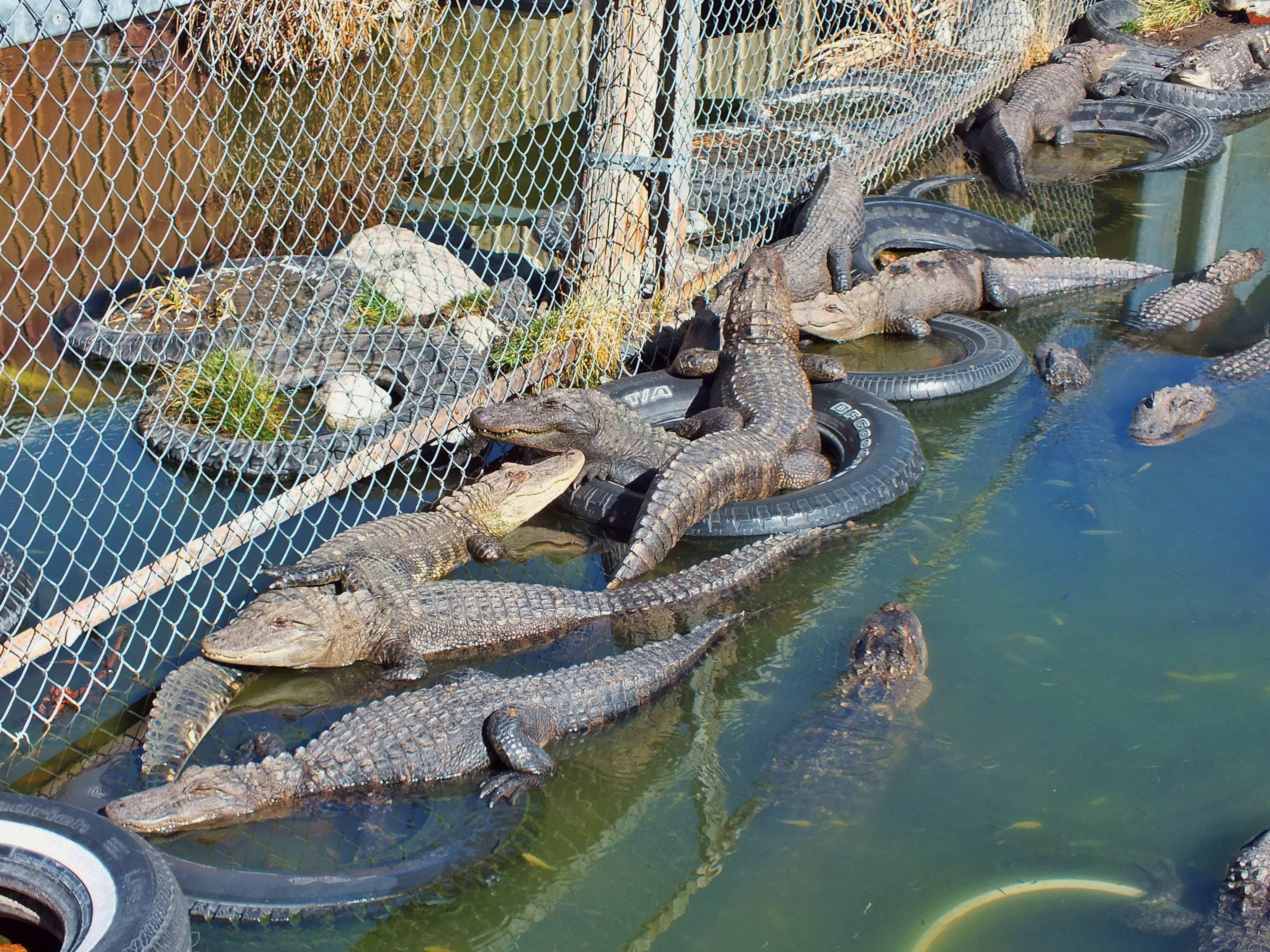 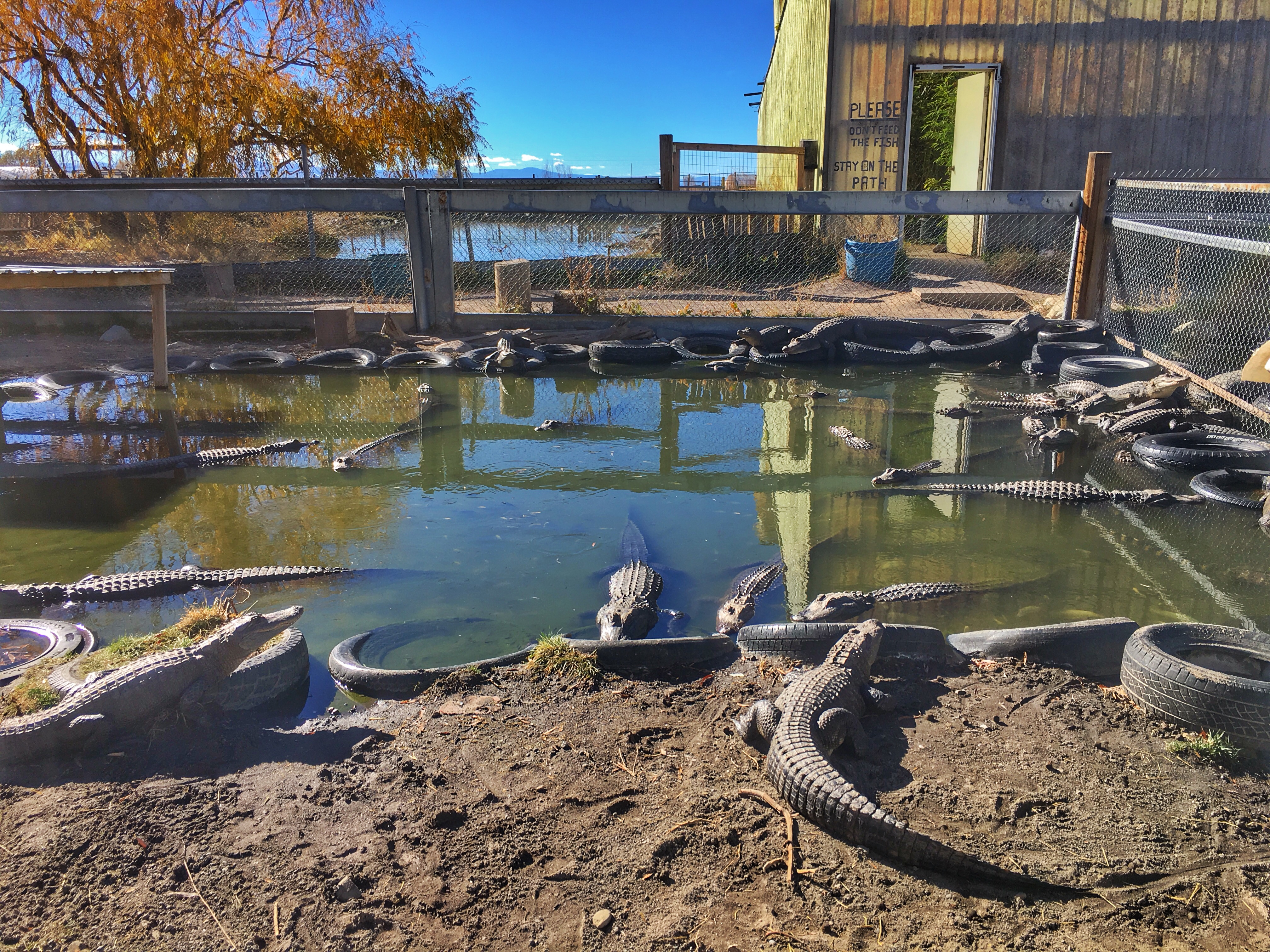 We happened upon two pens containing emus, and my wife was befriended by a turkey. 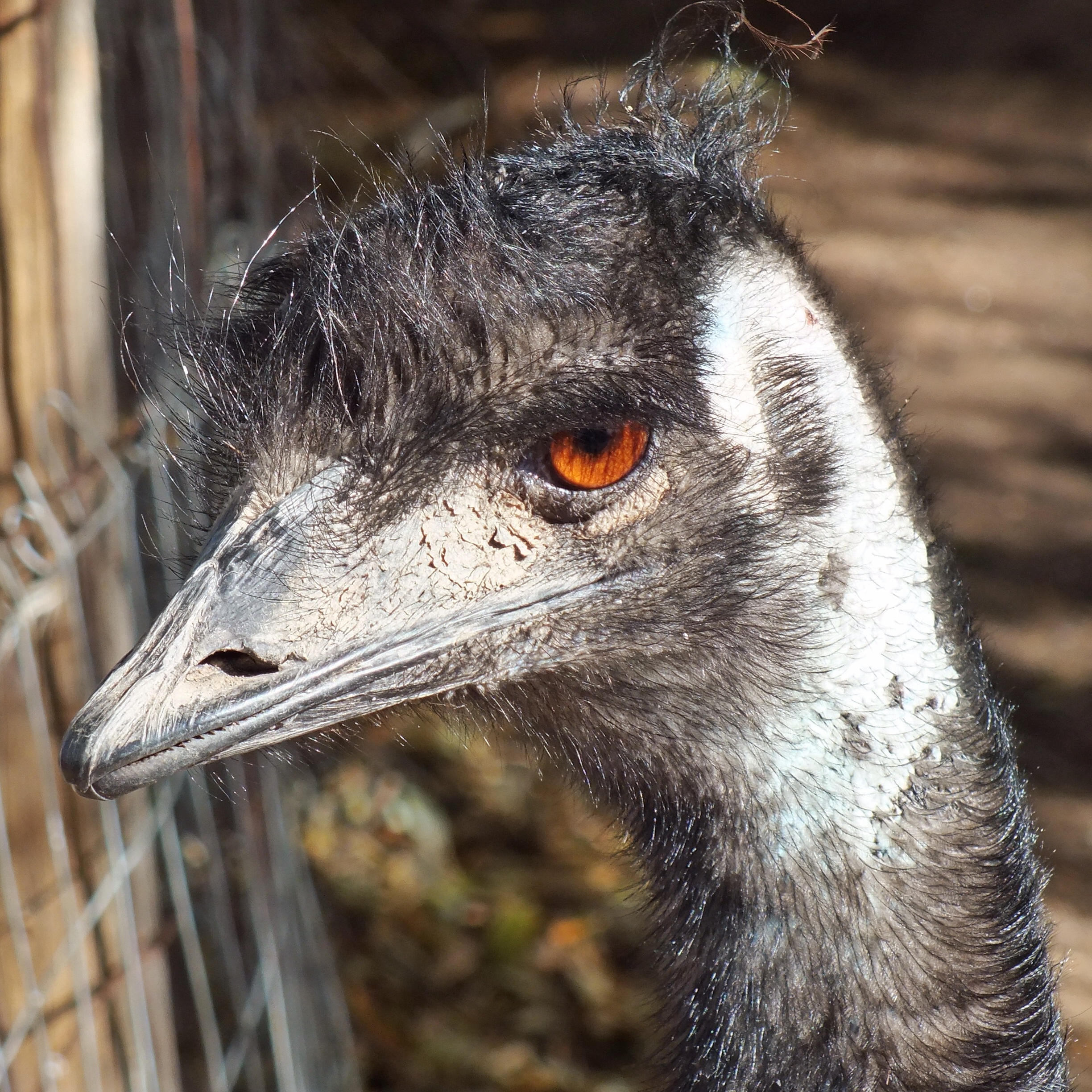 This is Morris “The Movie Star Alligator.” He was in several  movies, including Happy Gilmore, Dr. Doolittle II, Interview with the Vampire, Alligators I and II. He also appeared in the TV show Coach. His career ended in 2006 when he got too large and dangerous. He’s thought to be about 50 years old and weigh about 450 pounds. 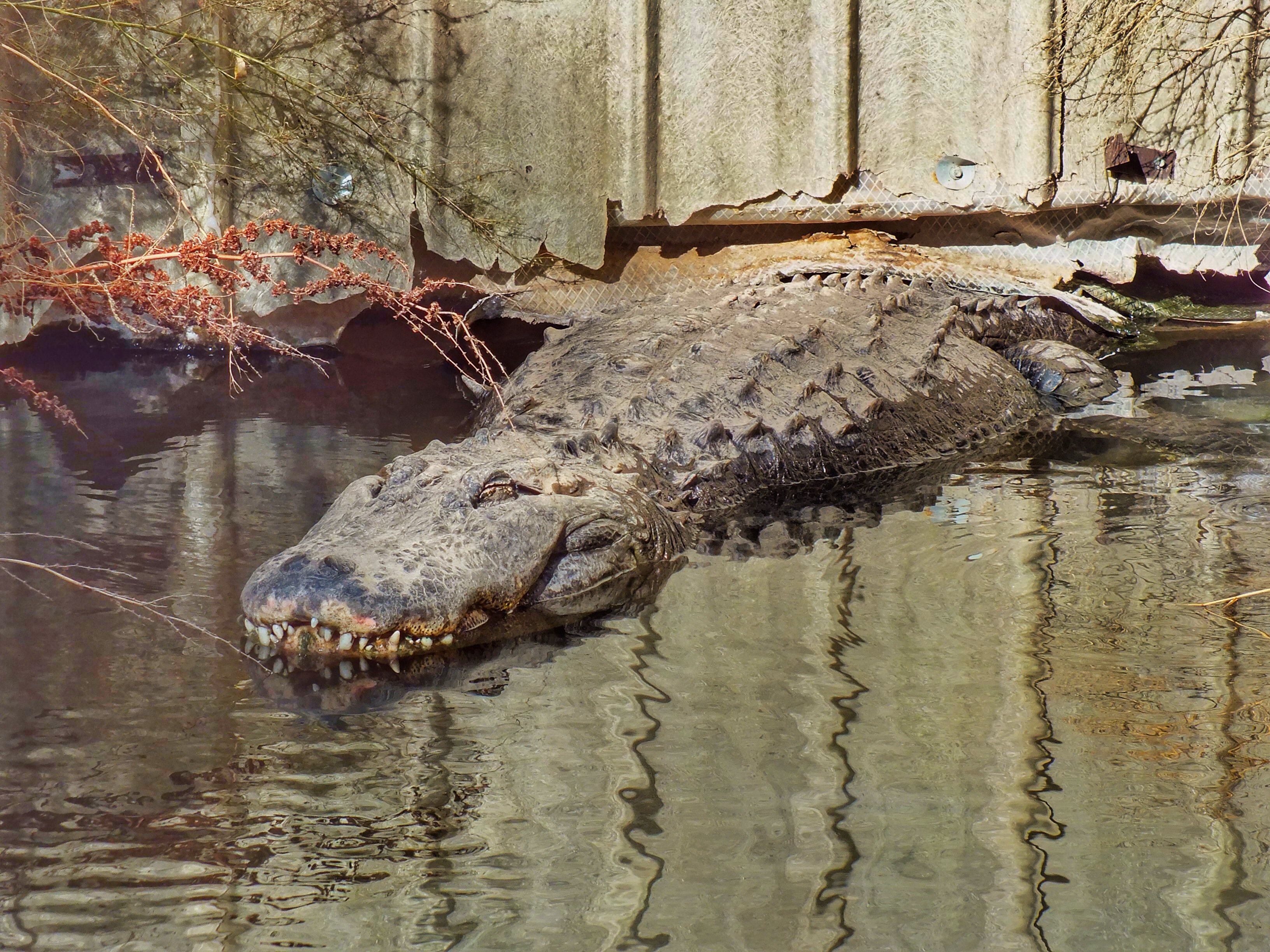 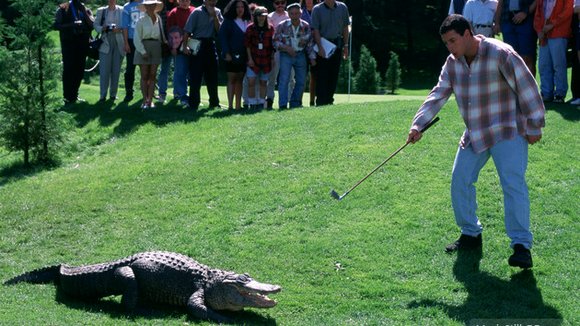 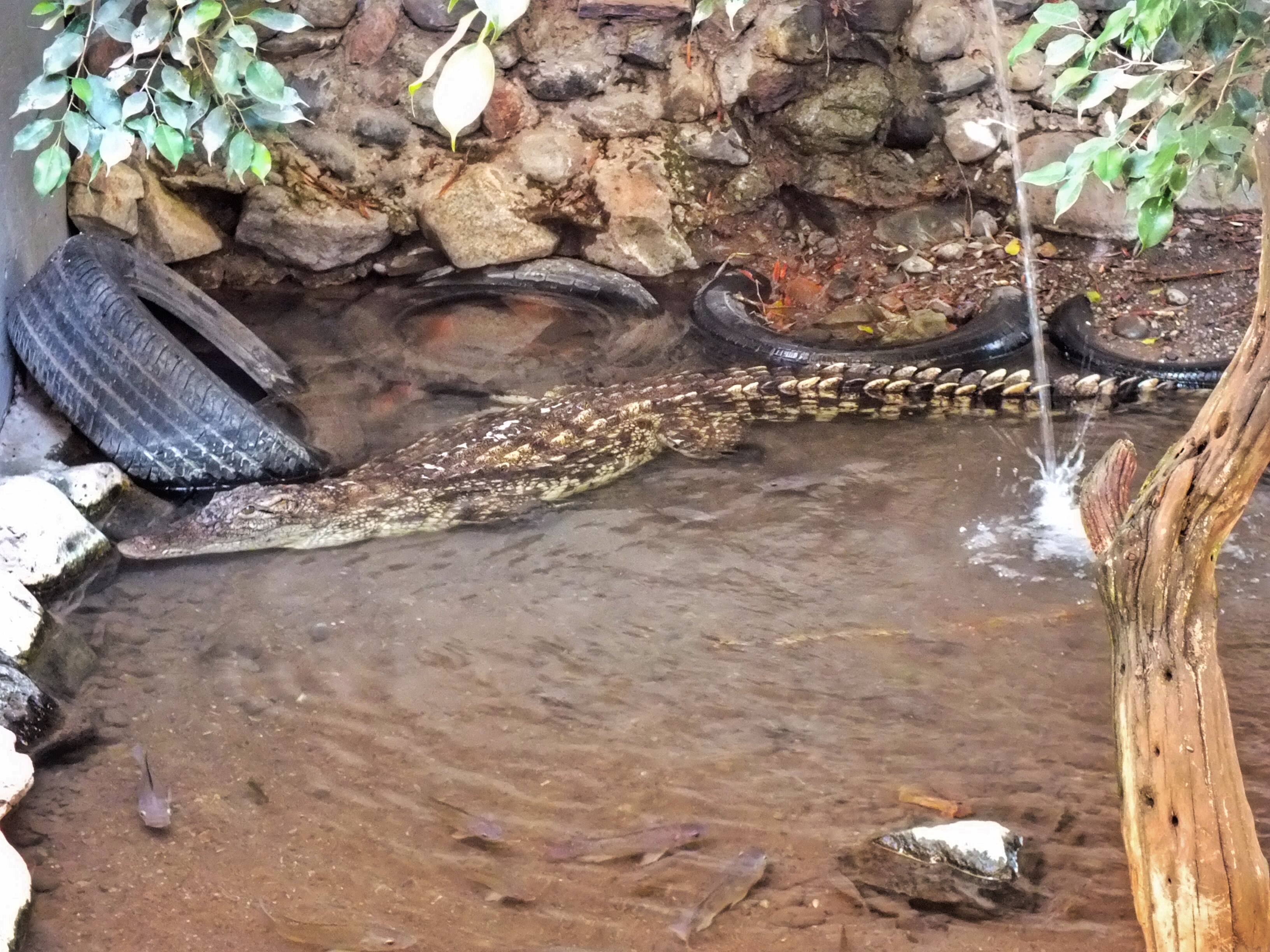 Albino alligators. They don’t survive to adulthood in the wild. If predators don’t get them, sunburn does. 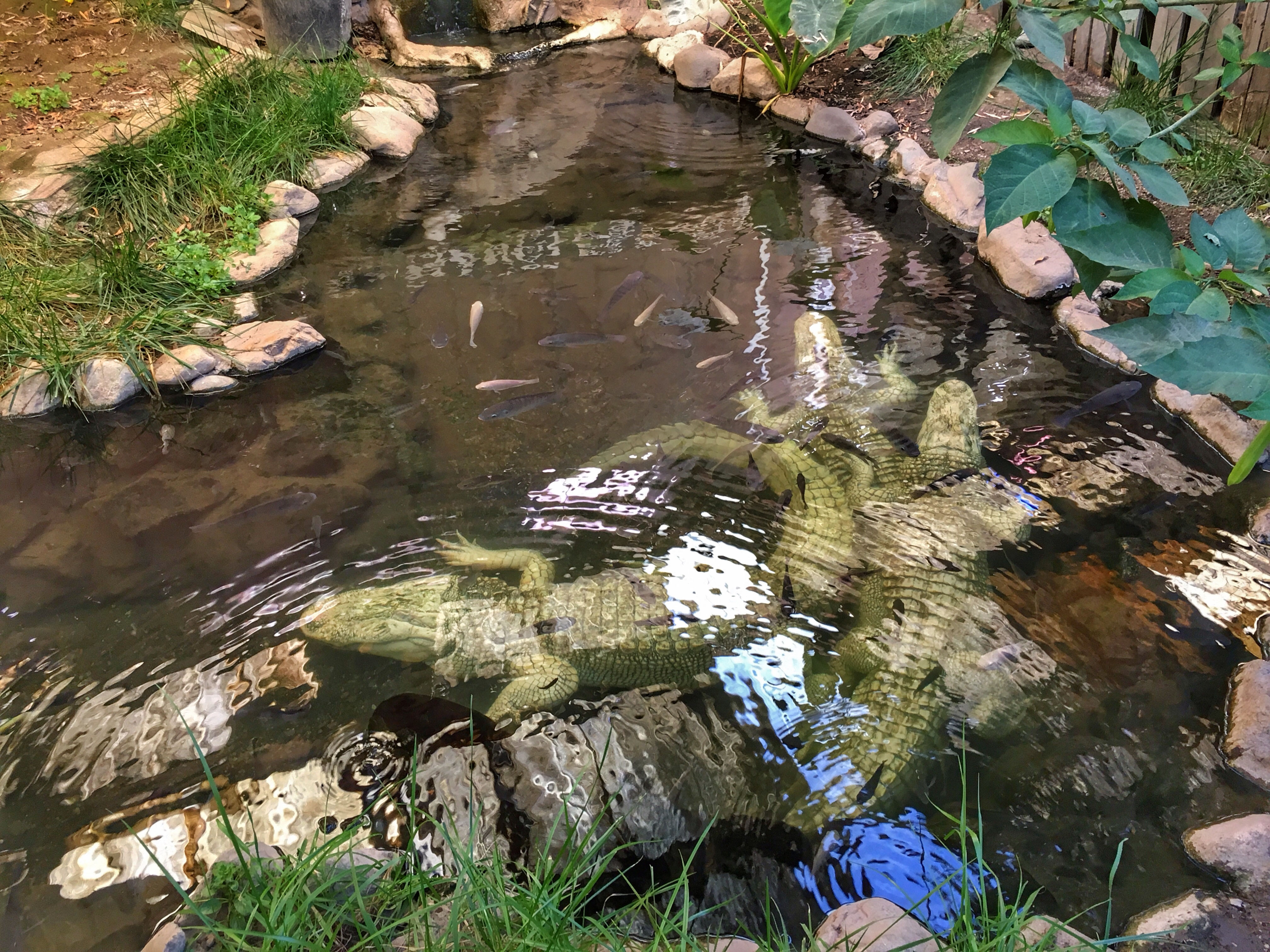 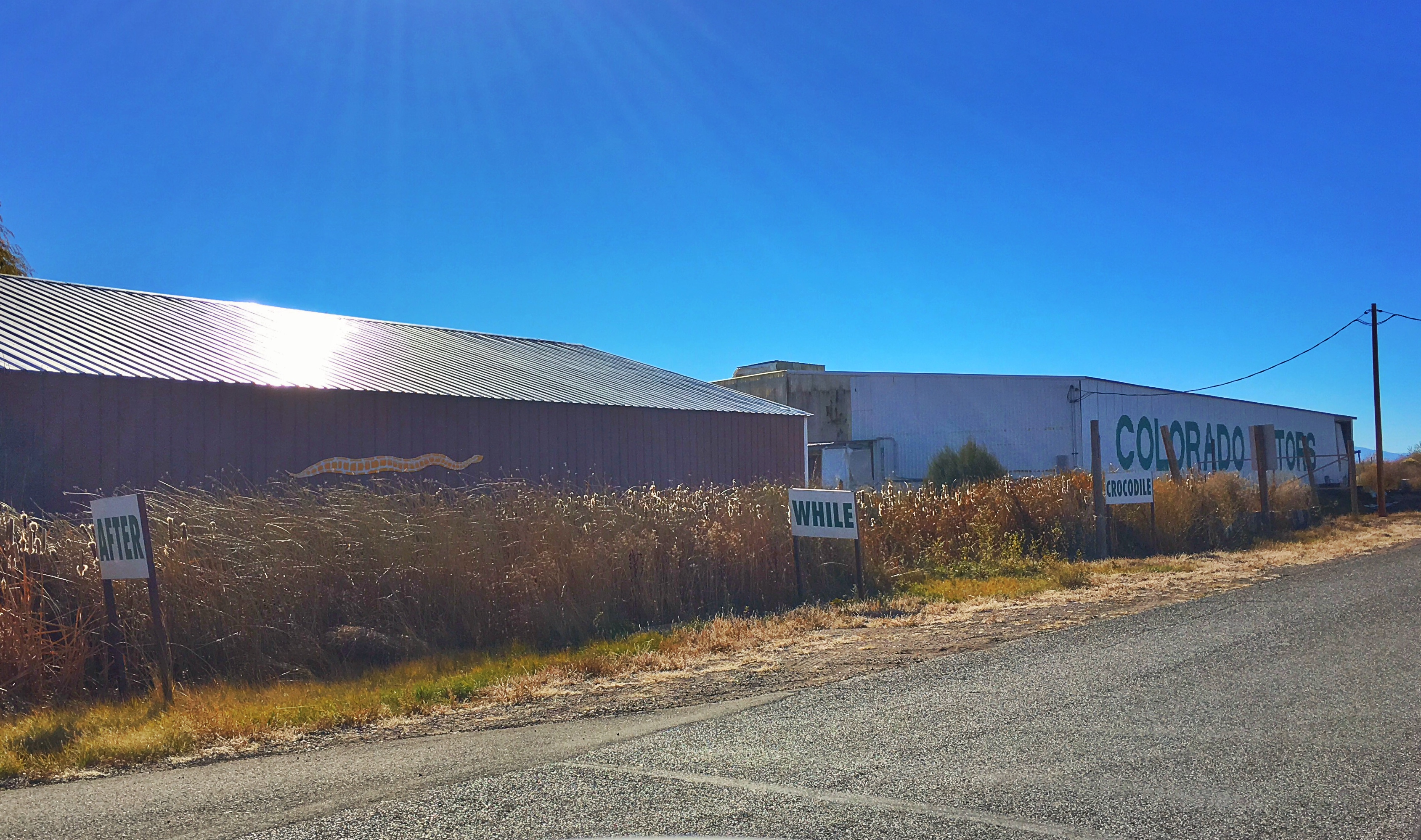 This entry was posted in Red Chair, Zoos, Aquariums and Animal Parks. Bookmark the permalink.