A few minutes after spotting the Great Tit, I found another bird. It was flitting around in a tree maybe three feet off the ground. My impression was that it was trying to impress a female, although I didn’t see a second bird. The bird was in the direct sun, which made details hard to see. But I could see its finch bill and the yellow edge on its wings. Otherwise, its plumage was a mix of green, yellow, and gray. Back at the apartment, I was able to identify it from my photo as a European Greenfinch. 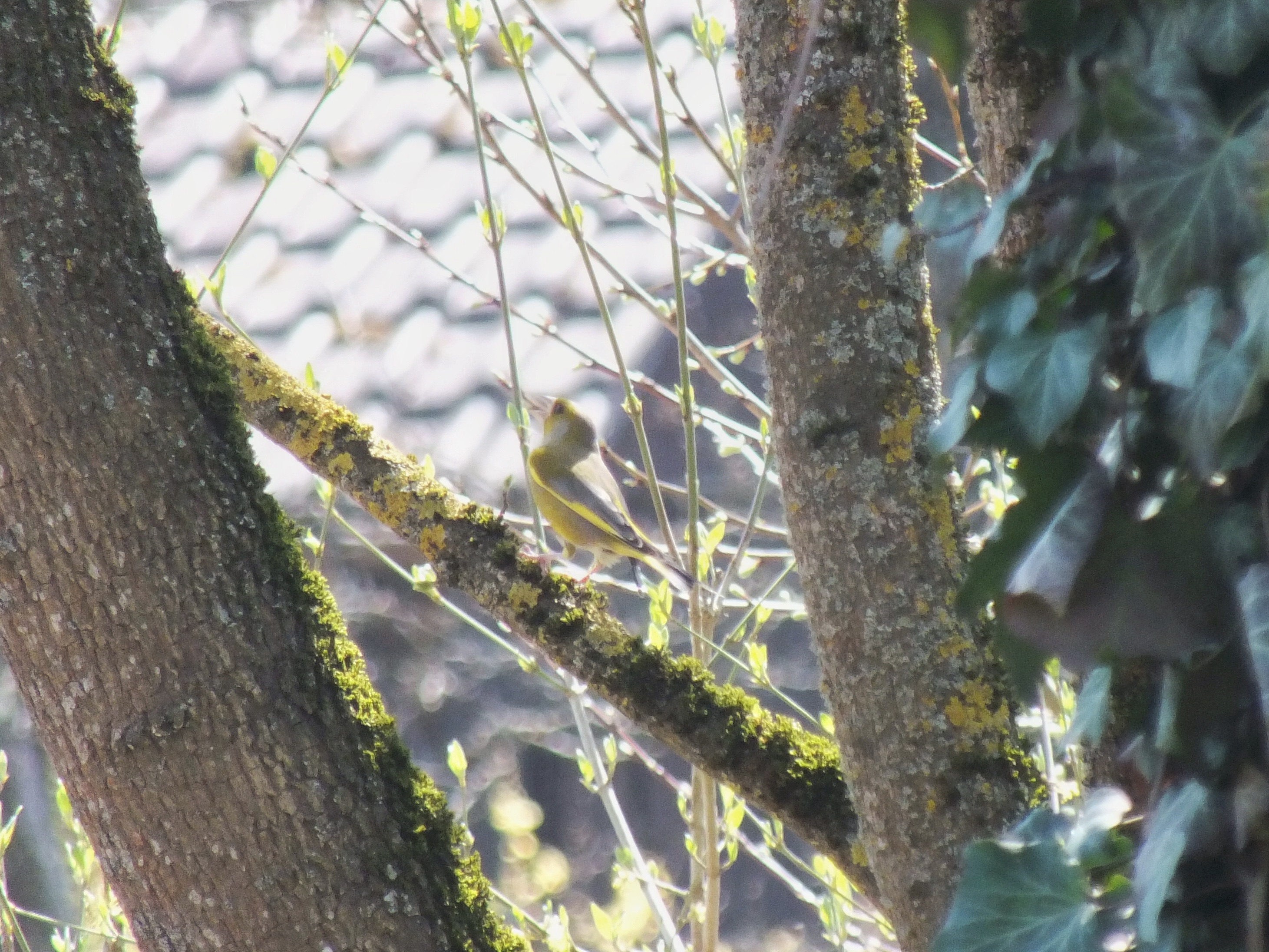 I got another much better and much closer look a few days later. A pair of them were coming to feeders in the courtyard of the Hohenzollern Castle. I didn’t get a photo of the female. Again they were active, rarely staying in one spot for more than a few seconds. 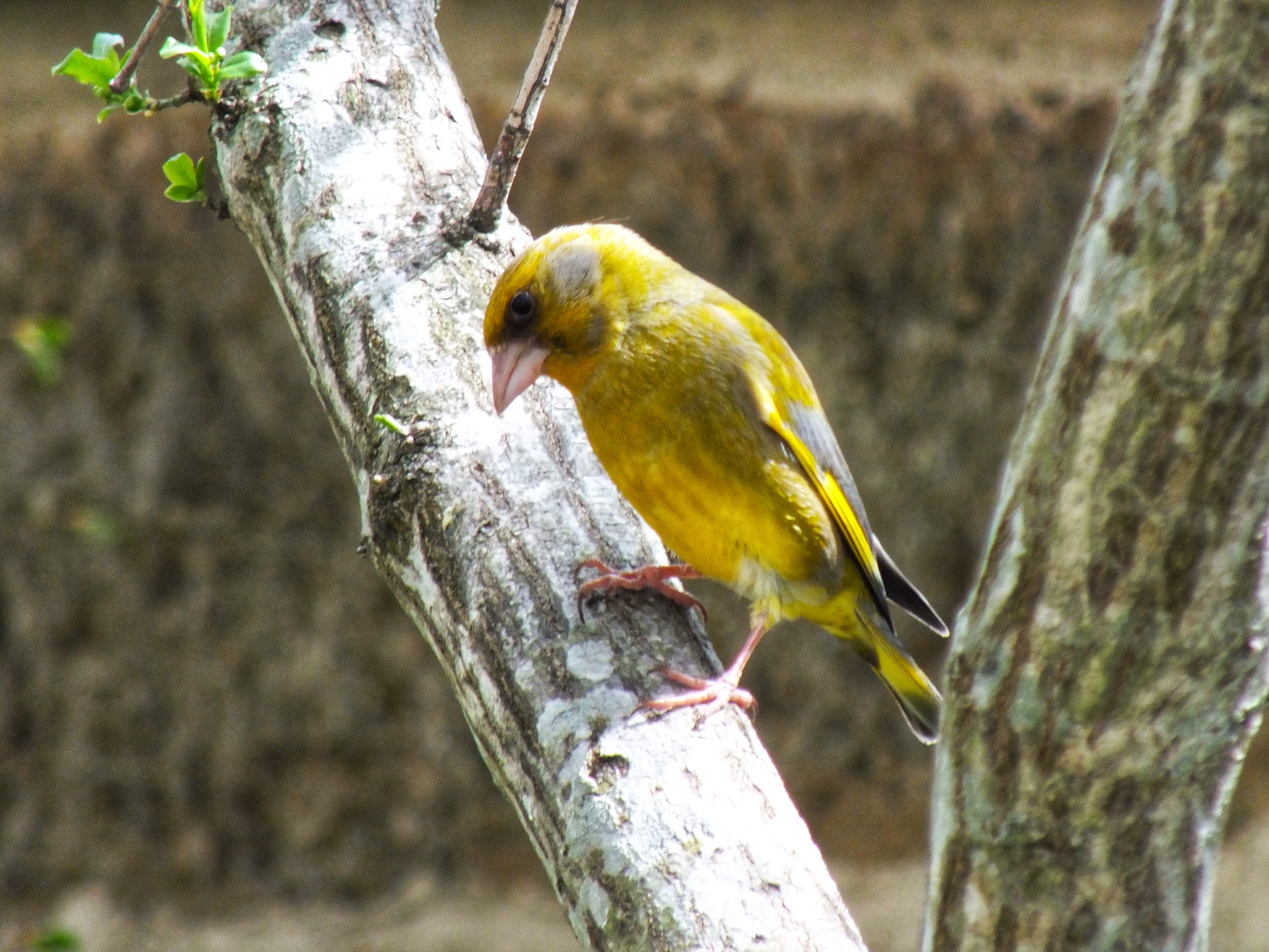 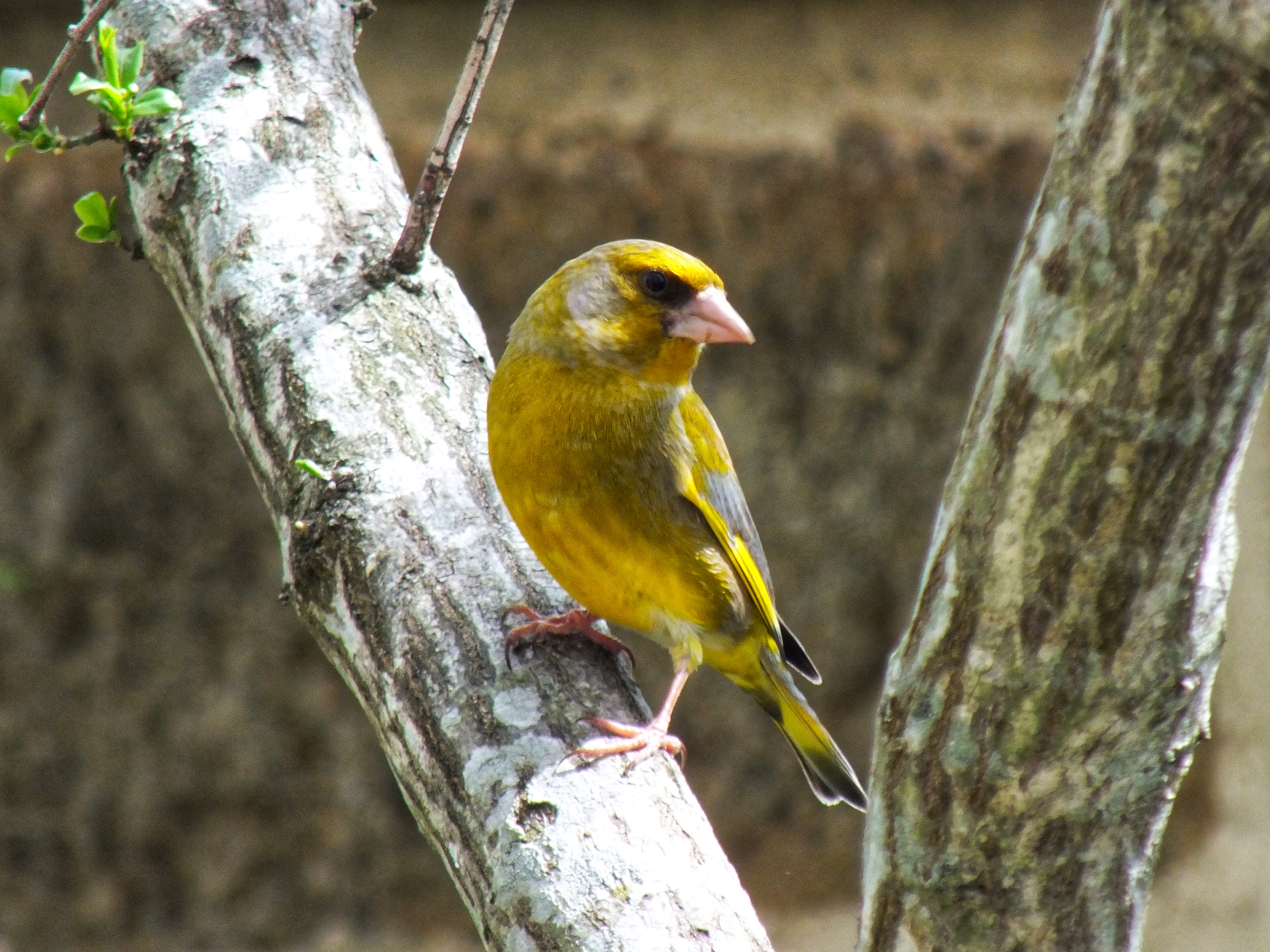