After I finished eating in the Ritter Cafe, I left my family and wandered around the area. I hadn’t gone far when I spotted a couple of Great Tits foraging low in a grove of bushes. They were noticeably larger than Black-capped Chickadees. Their backs and wings were gray/blue. Their heads were black with a large white cheek patch. They were yellow underneath with a bold black strip from the chin to the base of the tail. Their behavior was typical of chickadees, moving about rapidly and occasionally hanging upside-down or landing on the ground. 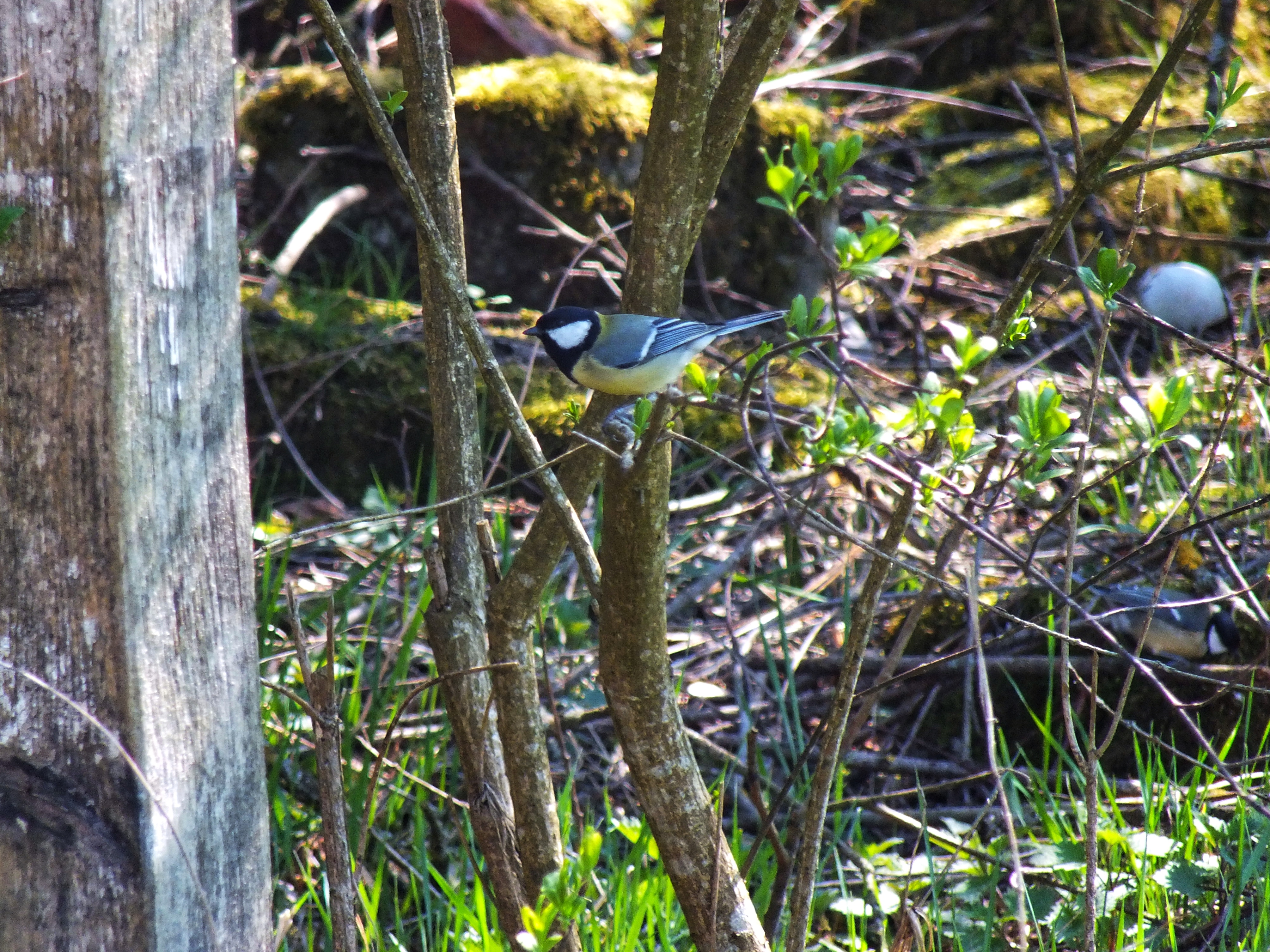 When I wandered back past the spot a few minutes later, one had flown into a tree in the field nearby where it was singing its loud, simple song. 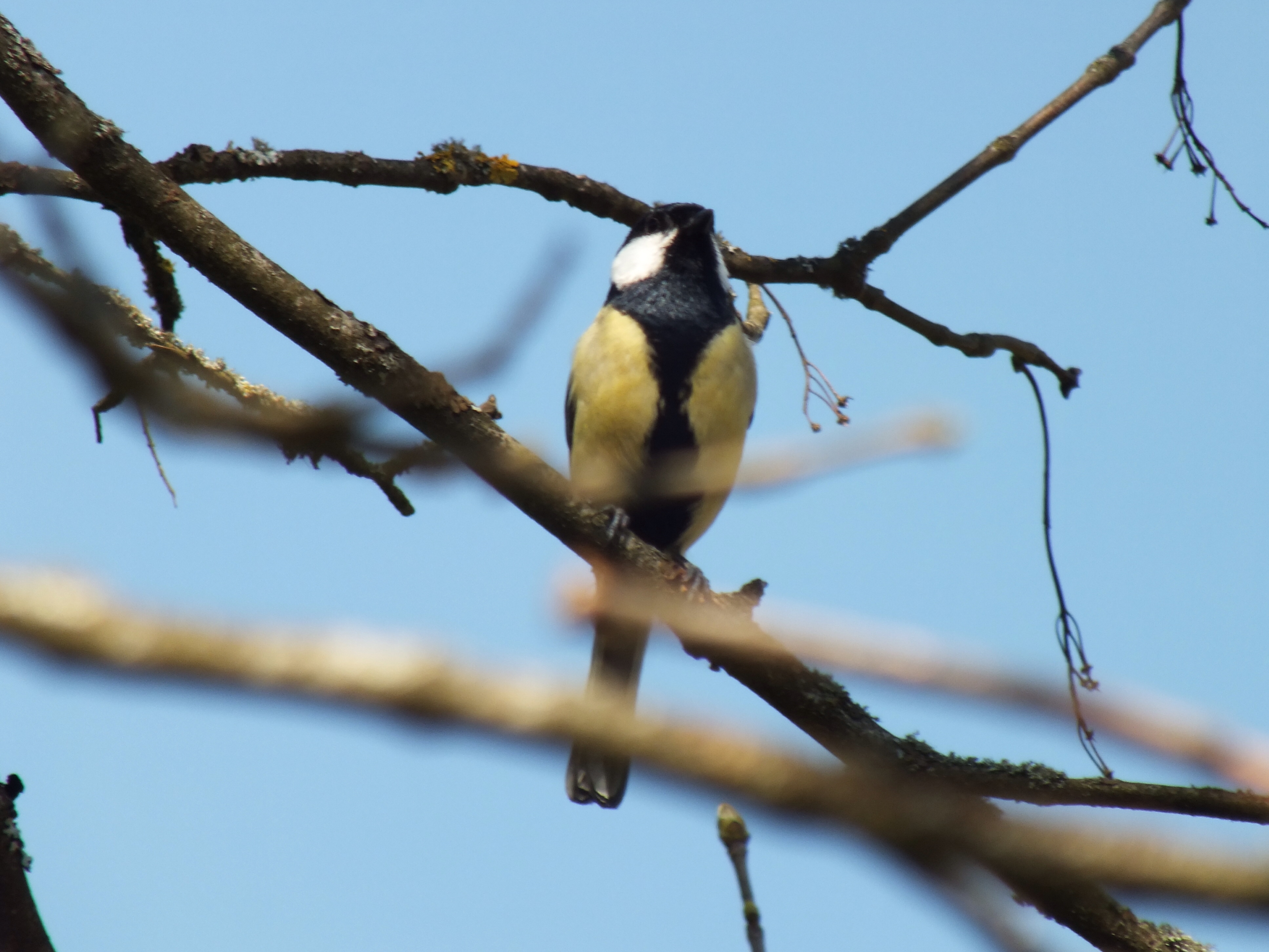 I saw and heard many more during the week, especially in the woods near Panzer Kaserne. They were frequently foraging in company with Eurasian Blue Tits. Both species are striking, but I saw them both so frequently that they became almost old hat.