picus (king of Latium, who married the beautiful nymph and songstress Canens and was changed into a woodpecker by the spiteful Circe, whose affections he had spurned) canus (gray)

I located this woodpecker by its calls and drumming high up in a tree in an open section of woods. The calls sounded somewhat like those of a Pileated Woodpecker, but faster and higher pitched. For the 10 minutes or so that I observed it, it always stayed in the shade, making it hard to pick out details both with binoculars and with my camera. But I managed to see enough to identify it. Its back was very much the same color as that of the Green Woodpecker,  but the head and underparts were pale gray, and the head only had two thin black markings and a small red cap. 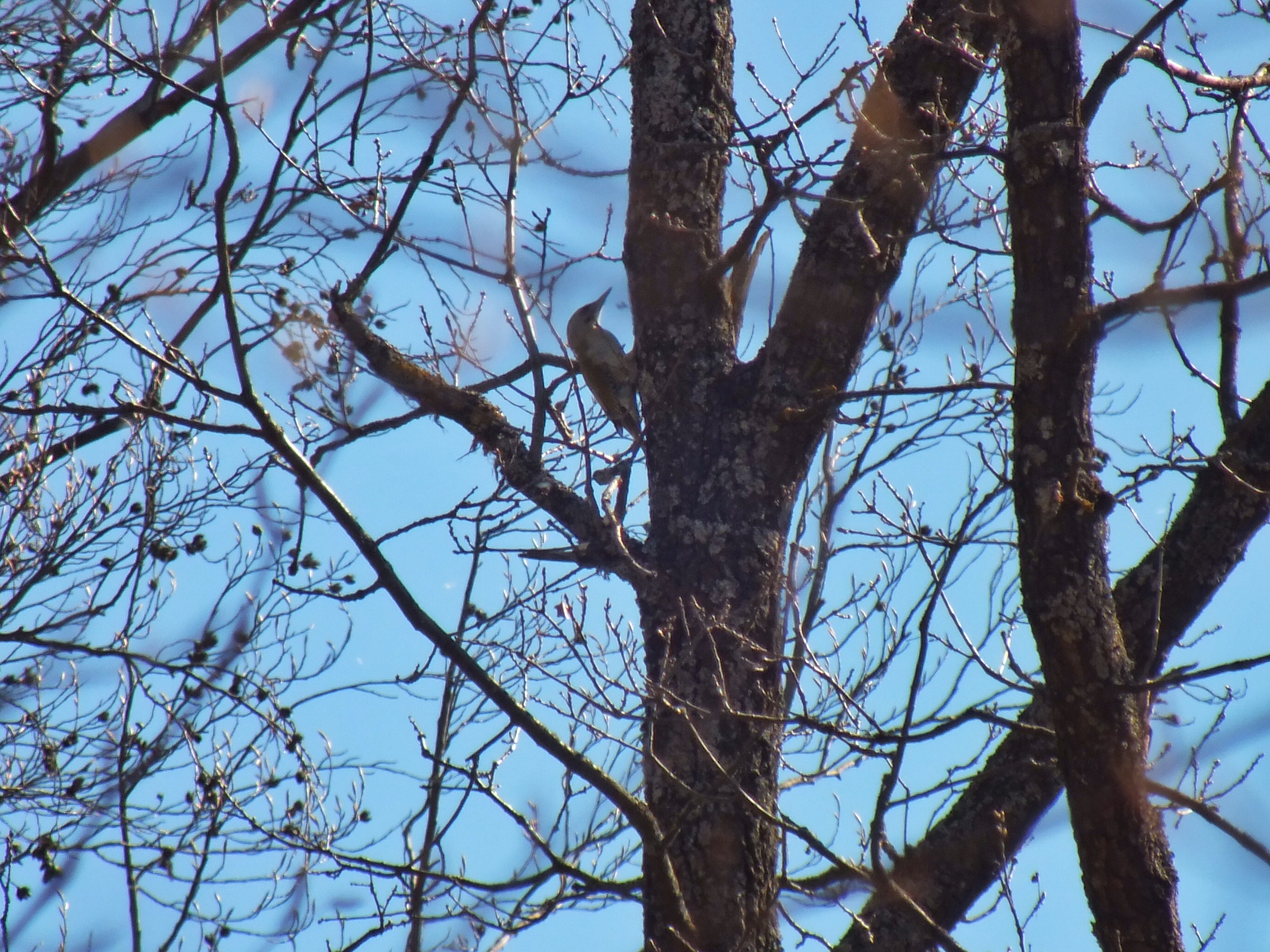 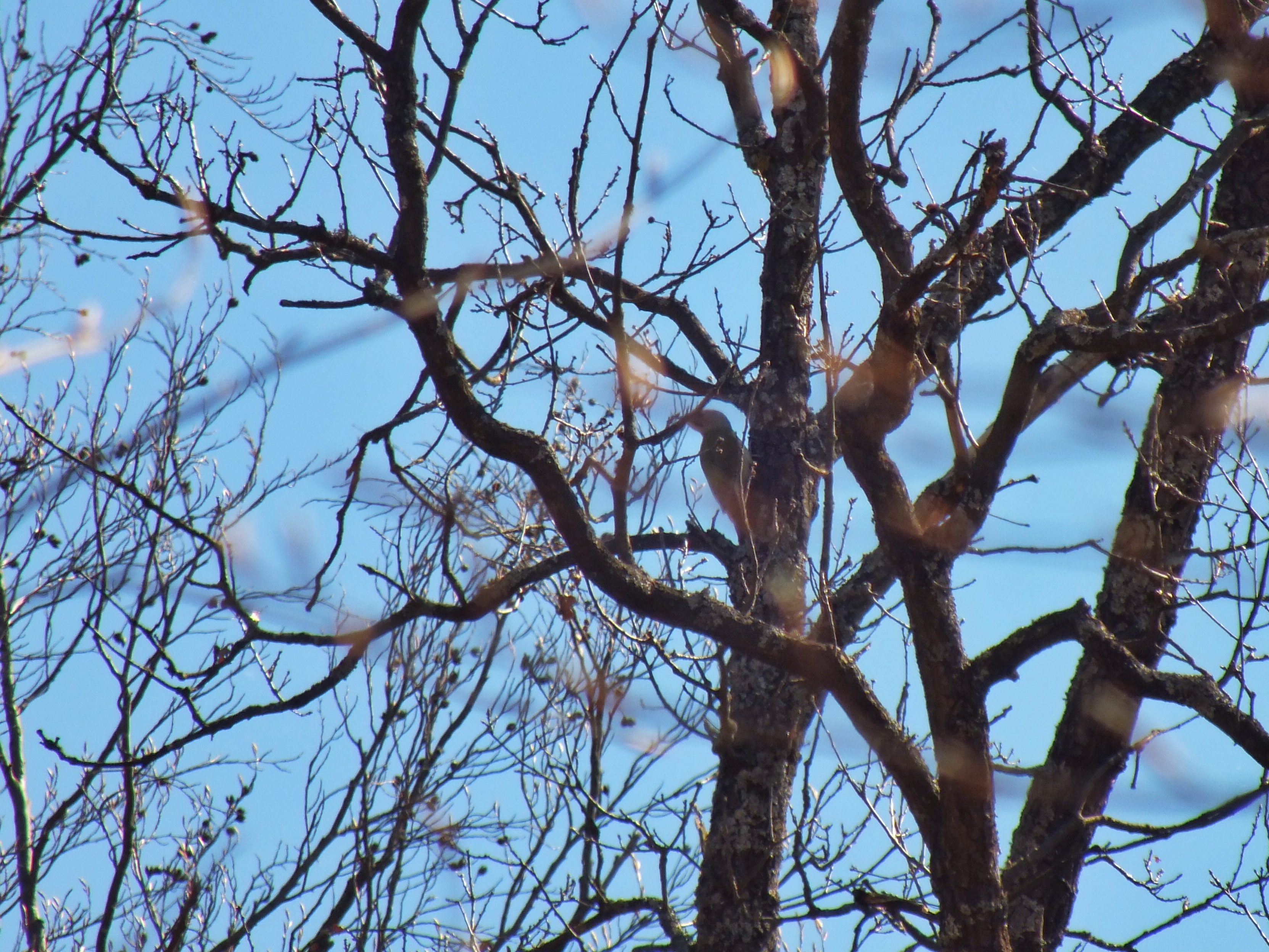