We visited Greeley for much the same reason we visited Fort Collins—just to say we’d been there. But unlike Fort Collins which at least had a few attractions, Greeley was pretty dull. We walked up and down main street and found absolutely nothing of interest. We at lunch at a Rudy’s BBQ which won’t be in business long. It was the lunch hour on a Saturday when a lot of people were out and about, but there were only about eight people in the place. The Texas Roadhouse next door was packed.

My main goal was to visit The Colorado Model Railroad Museum. It fills a metal building along the tracks and was surprisingly popular. 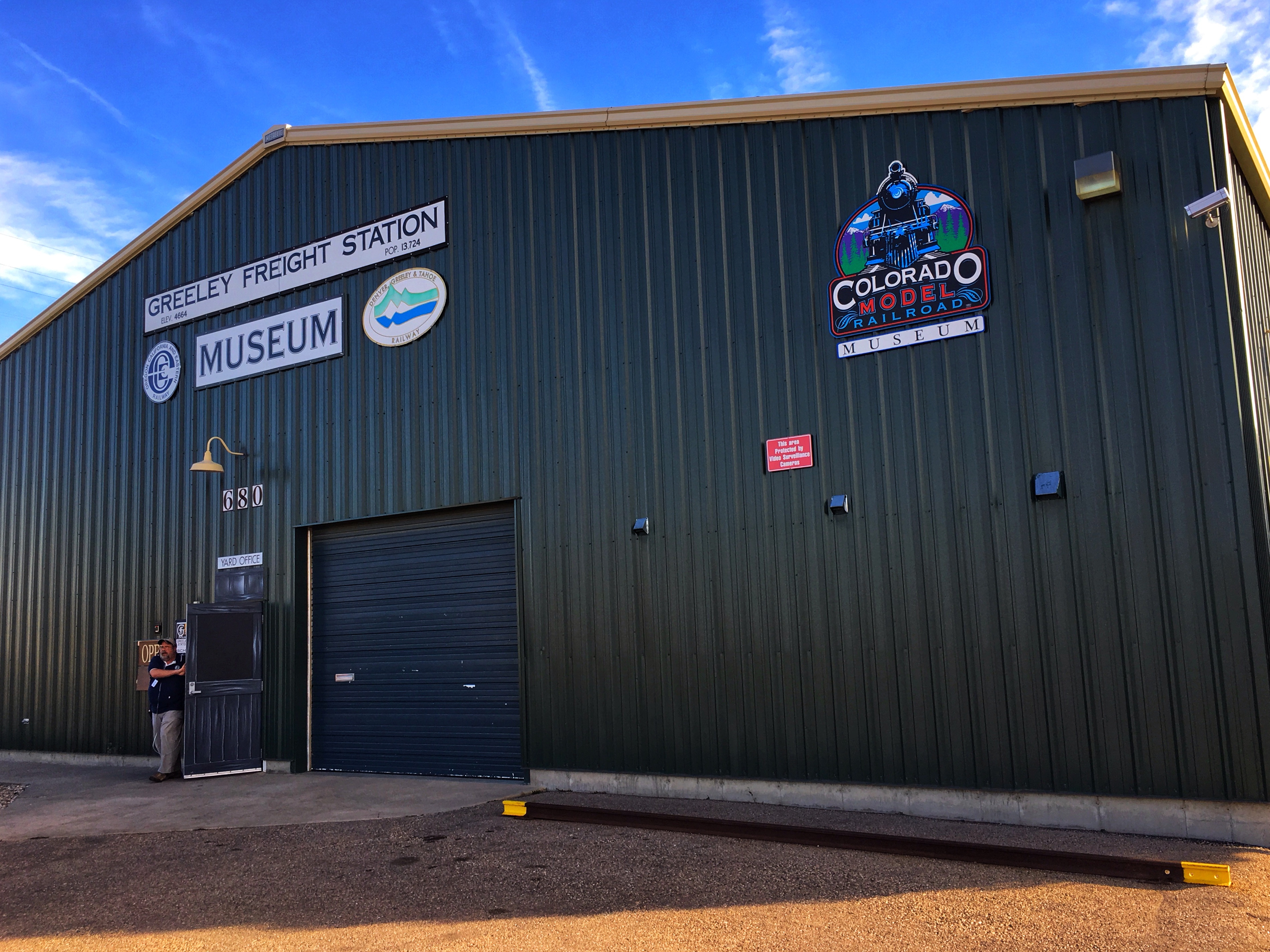 The model railroad winds around on several peninsulas. Other railroad-themed displays line the walls and a second-floor balcony. Many of the visitors were engaged in a scavenger hunt among the display, looking for dinosaurs and gorillas and such, but we weren’t given the list of items to find. 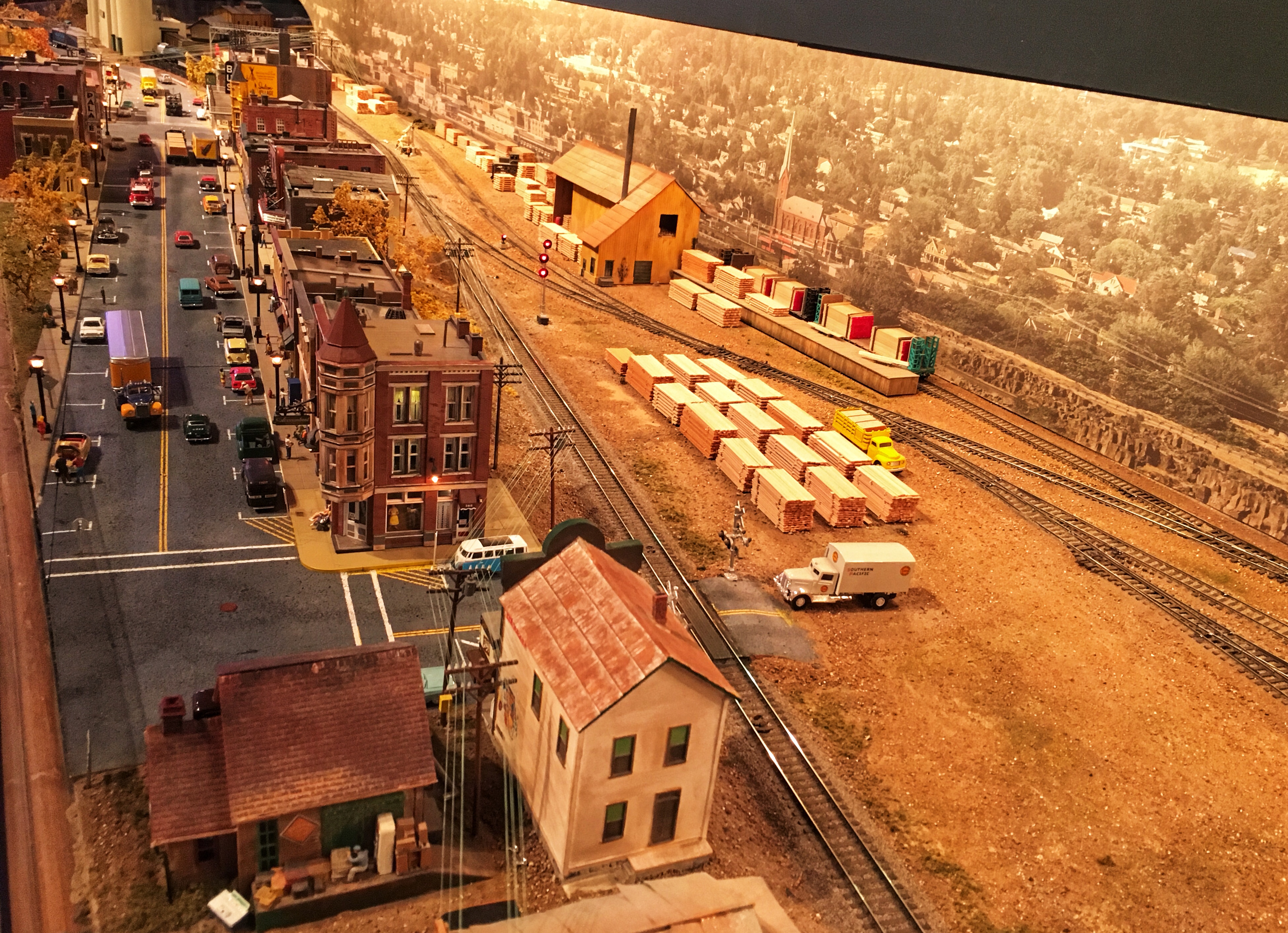 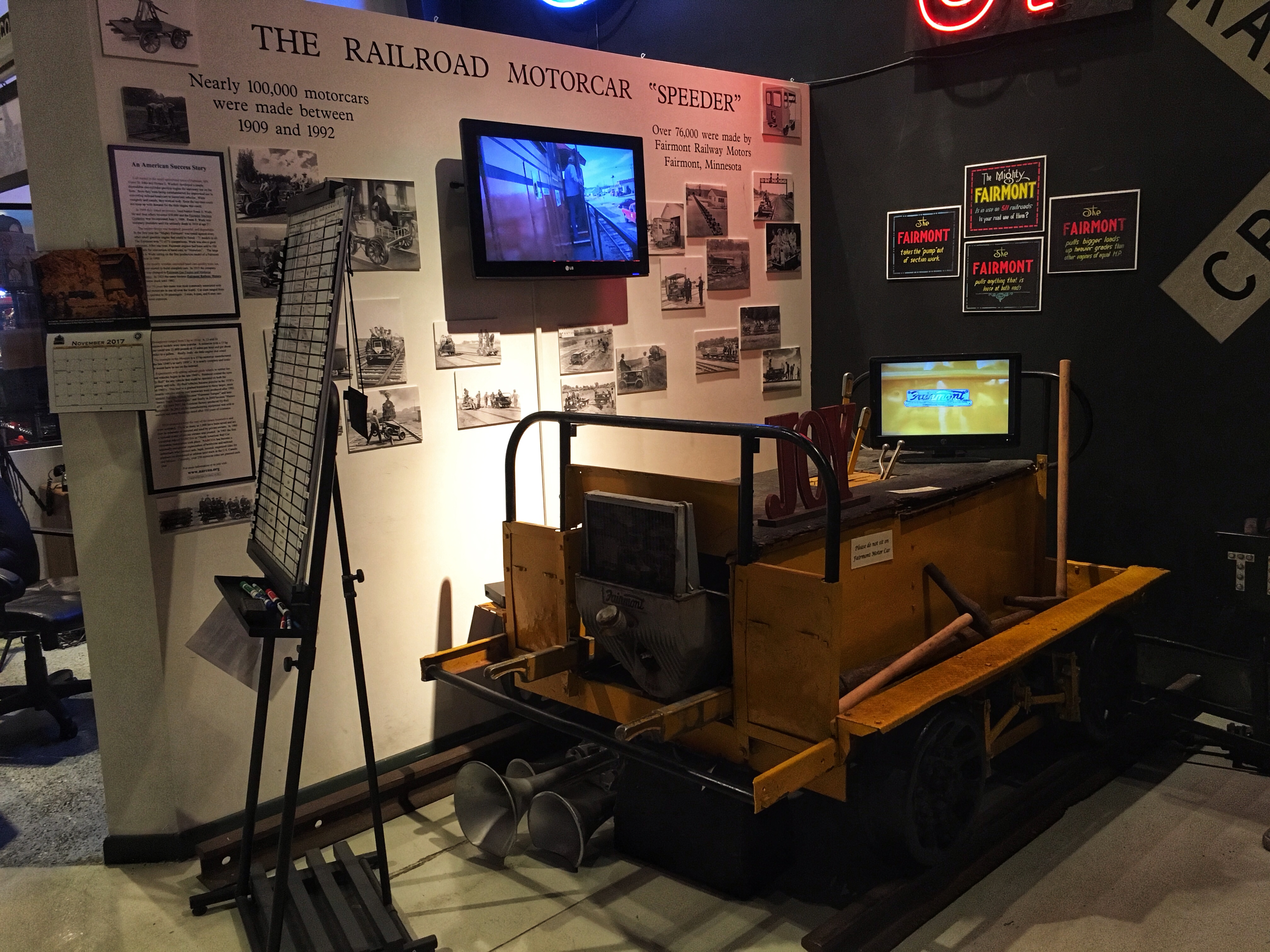 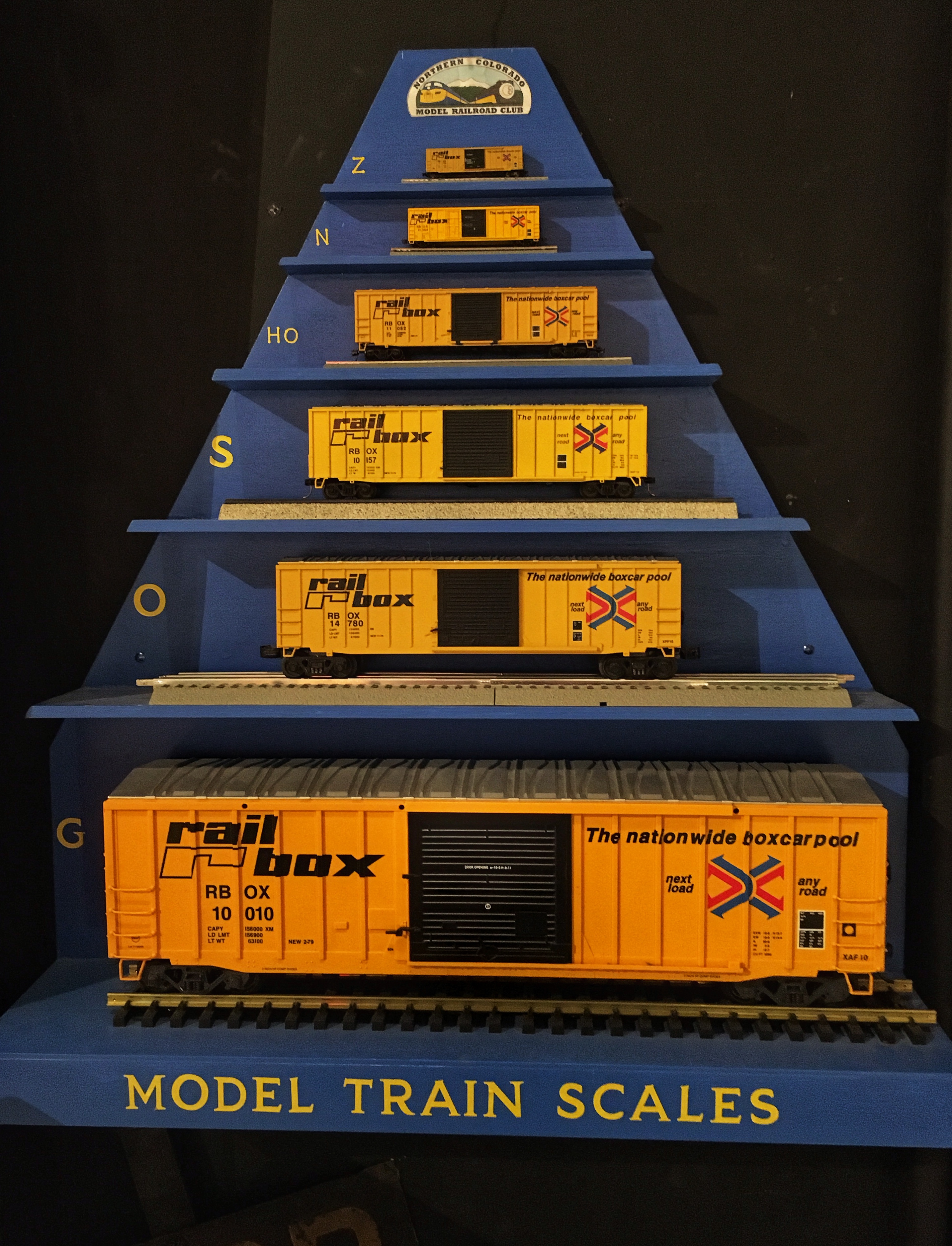 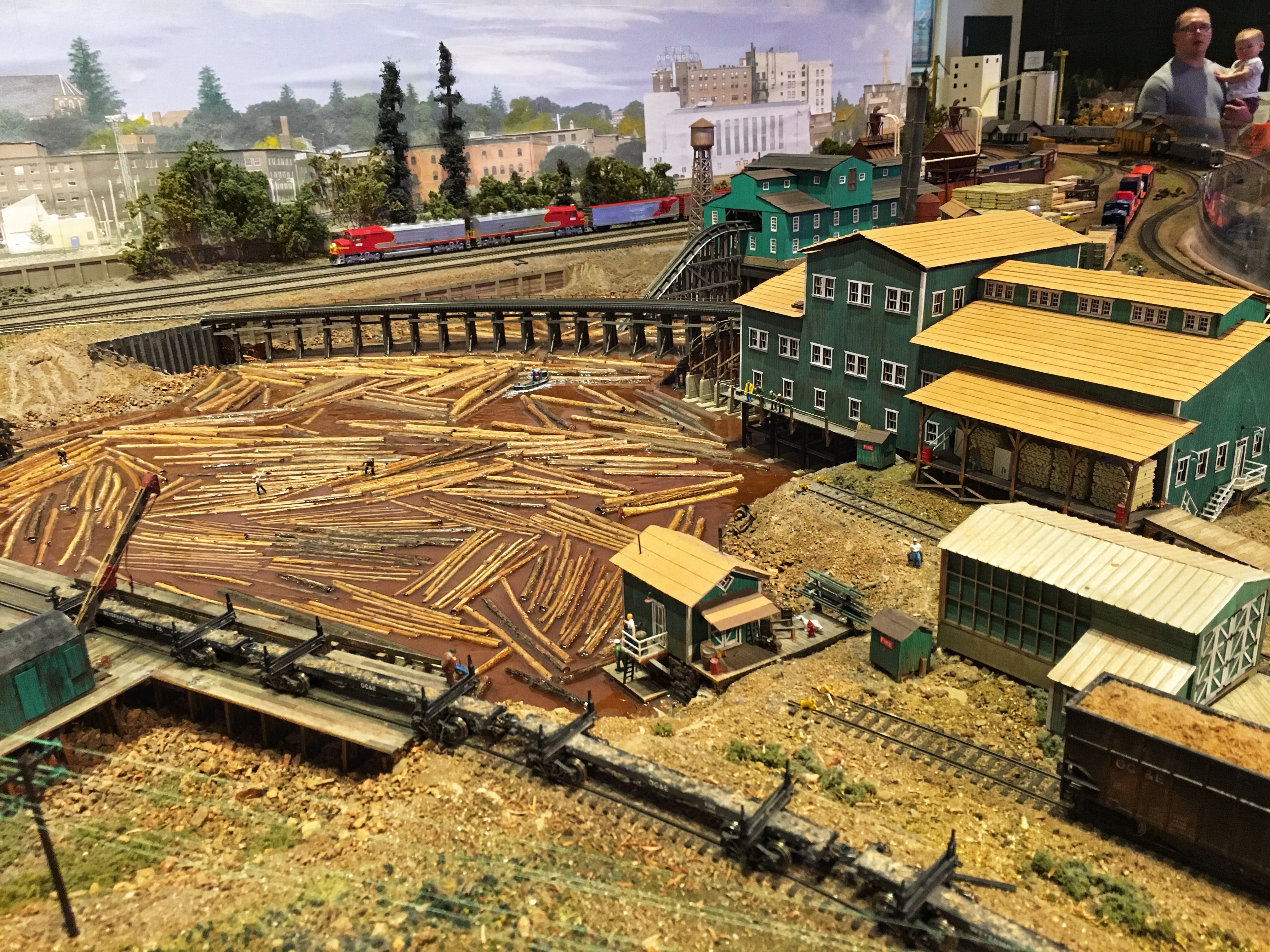 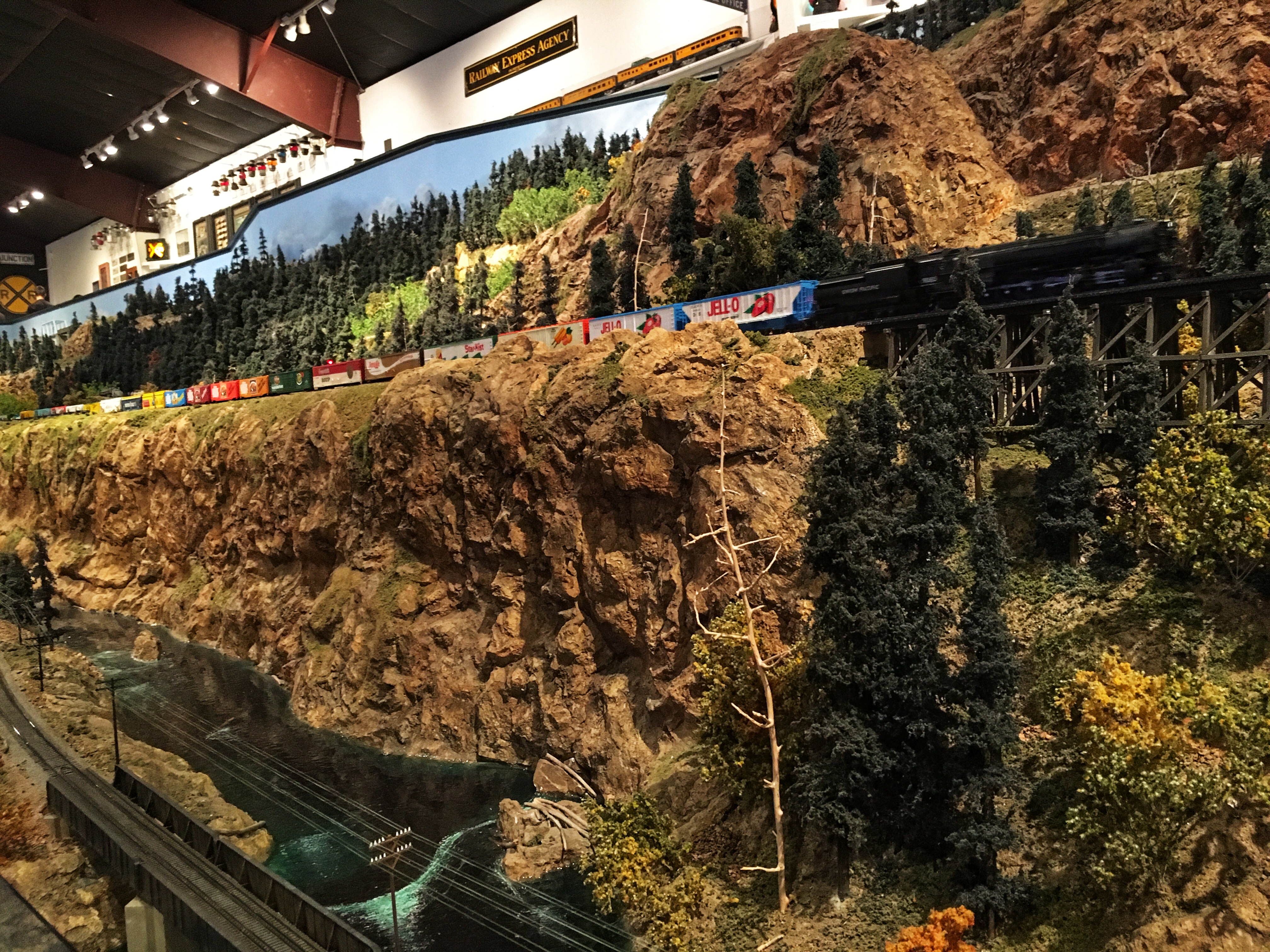 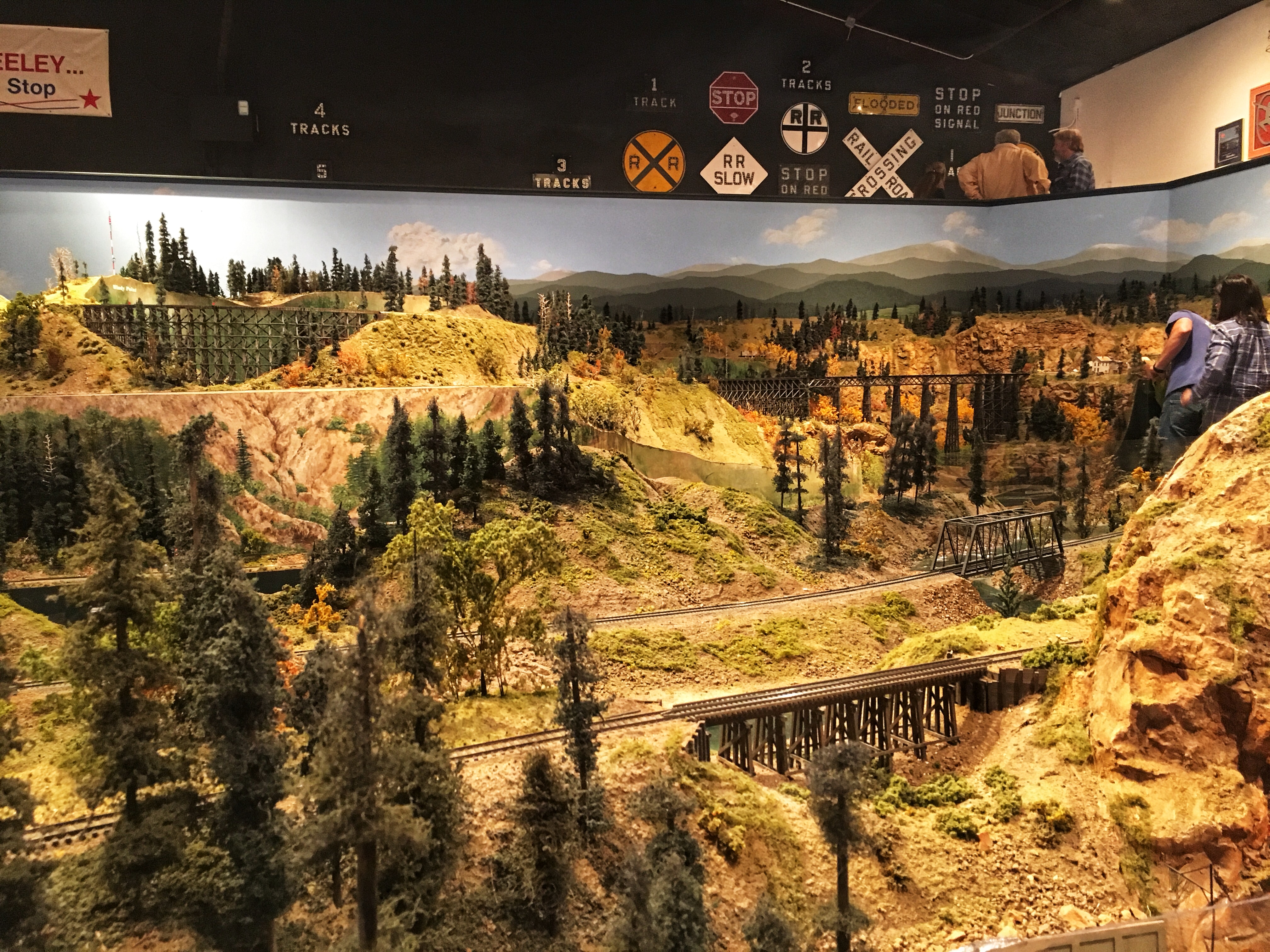 This being Colorado, part of the scene depicted a forest fire. You could push a button to light up the orange lights and make smoke. 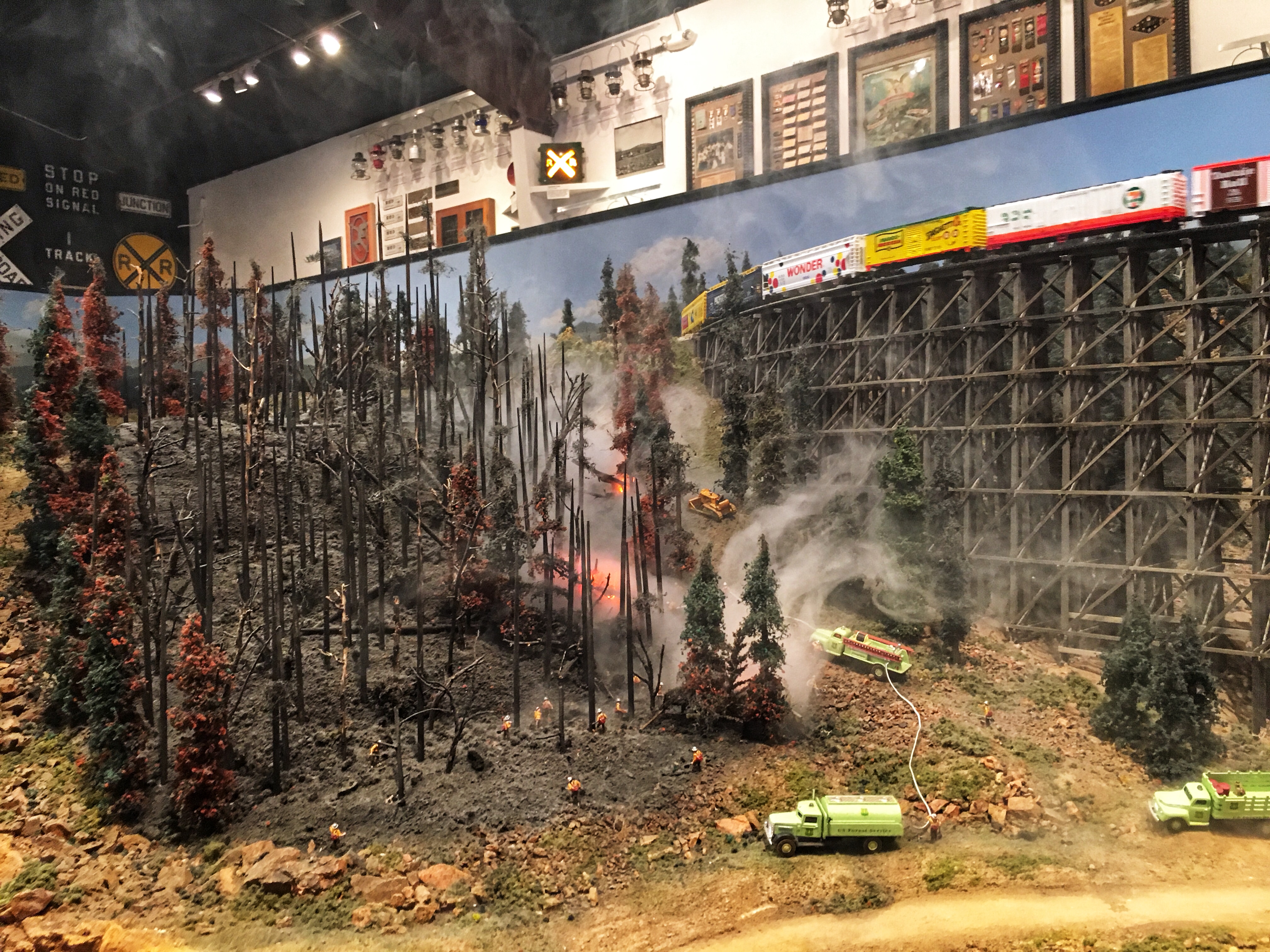 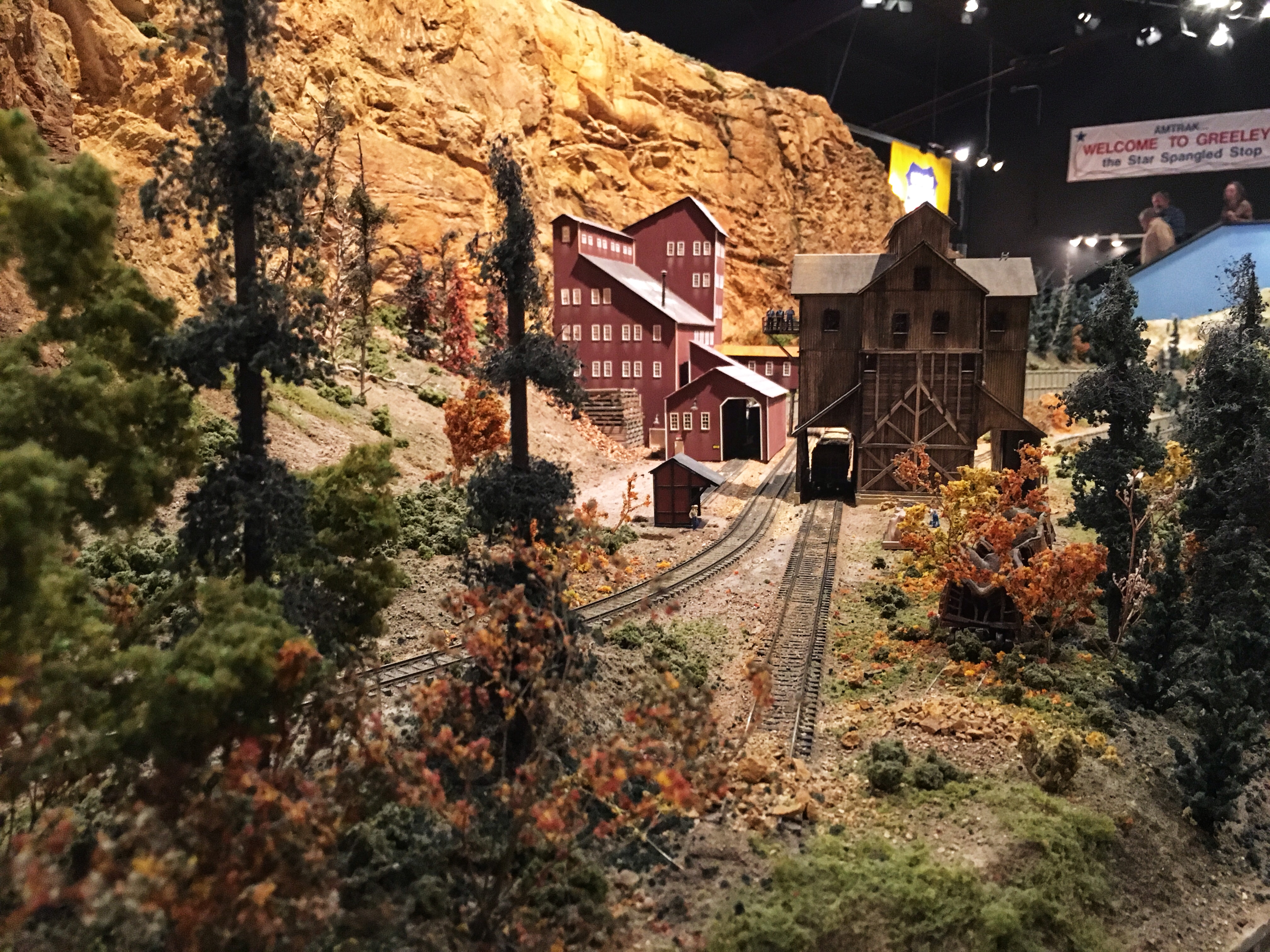 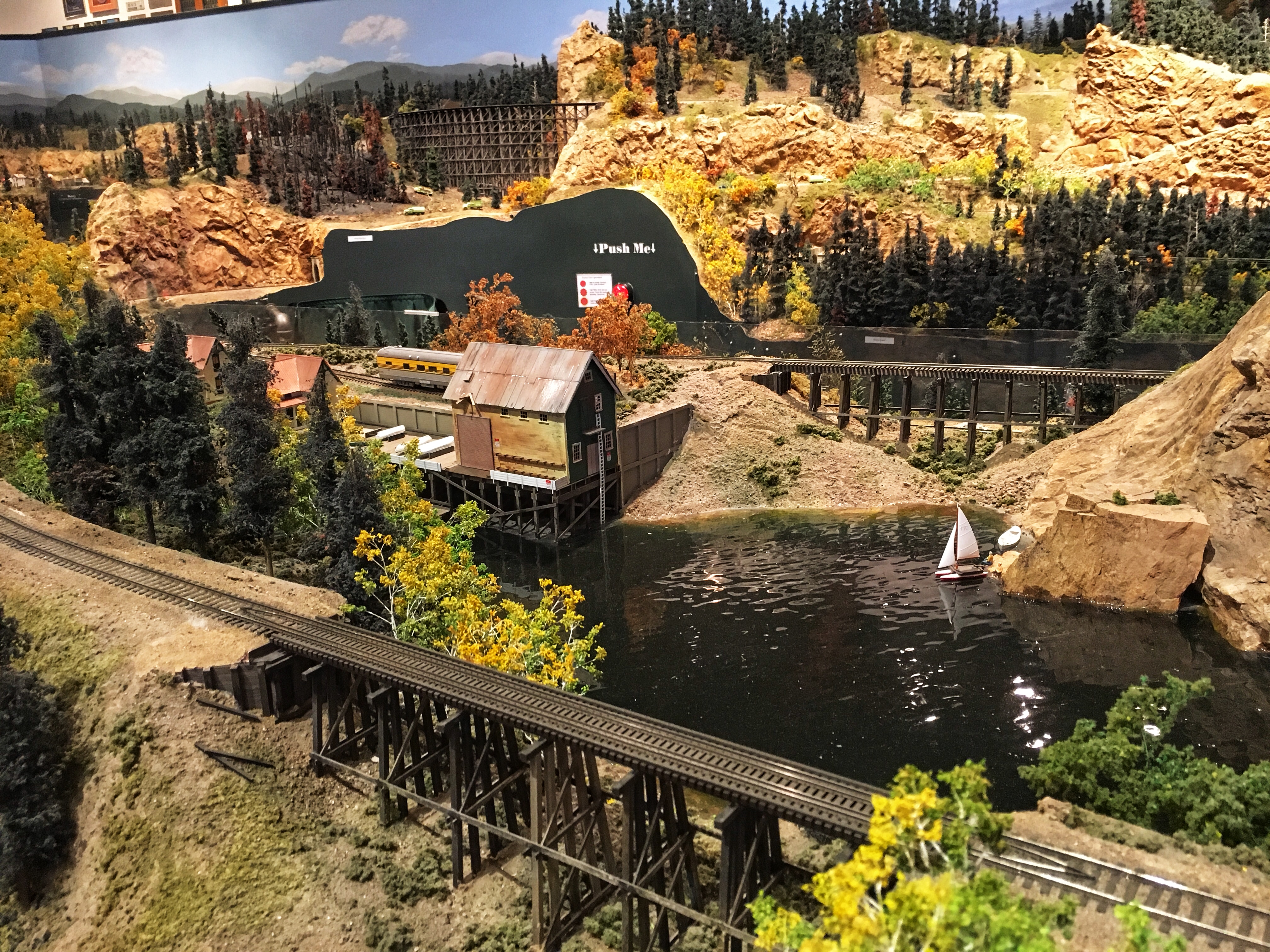 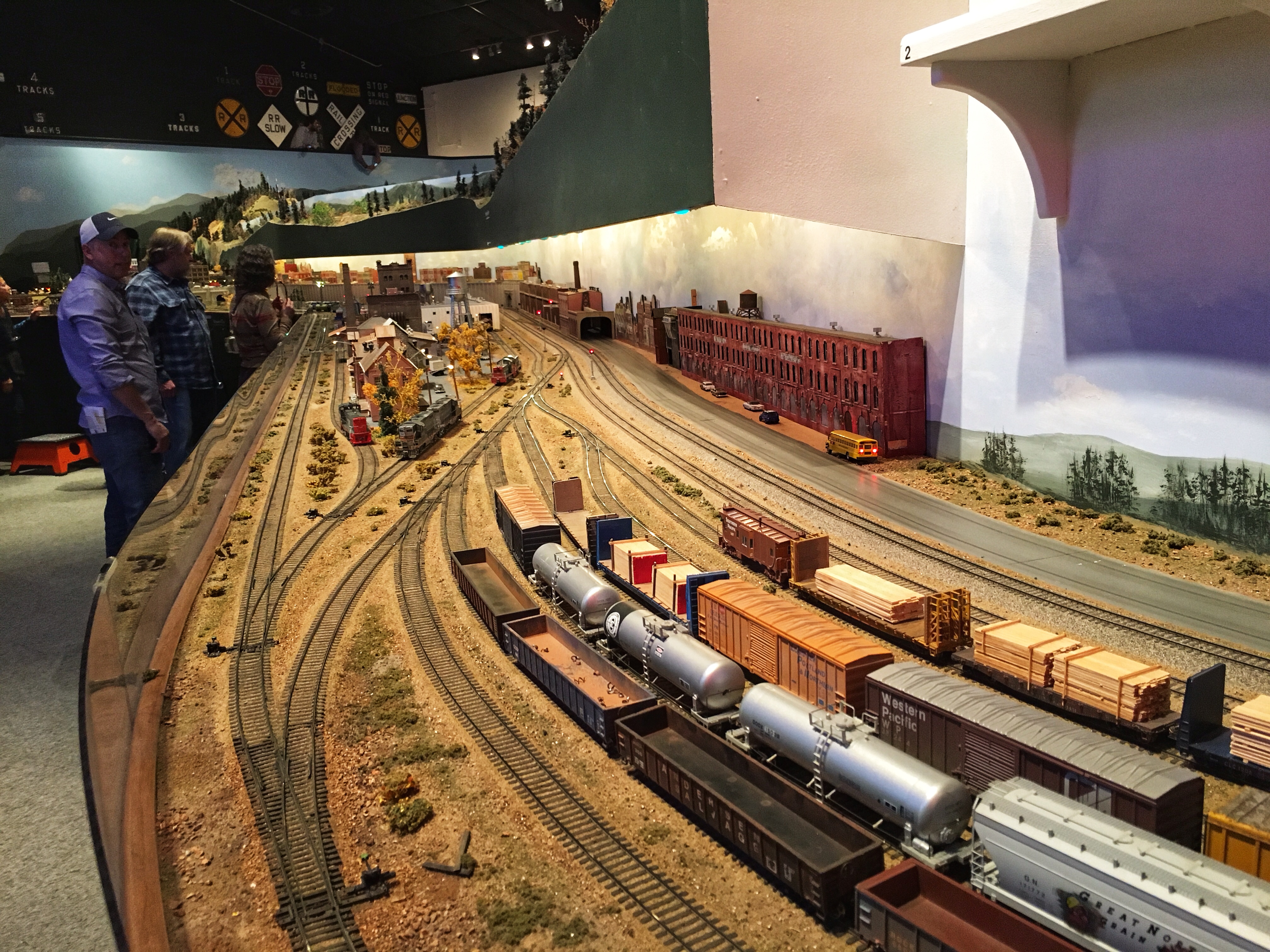 There were maybe four trains running, one of them with a Christmas theme. It didn’t seem like a lot of action for the size of the display. 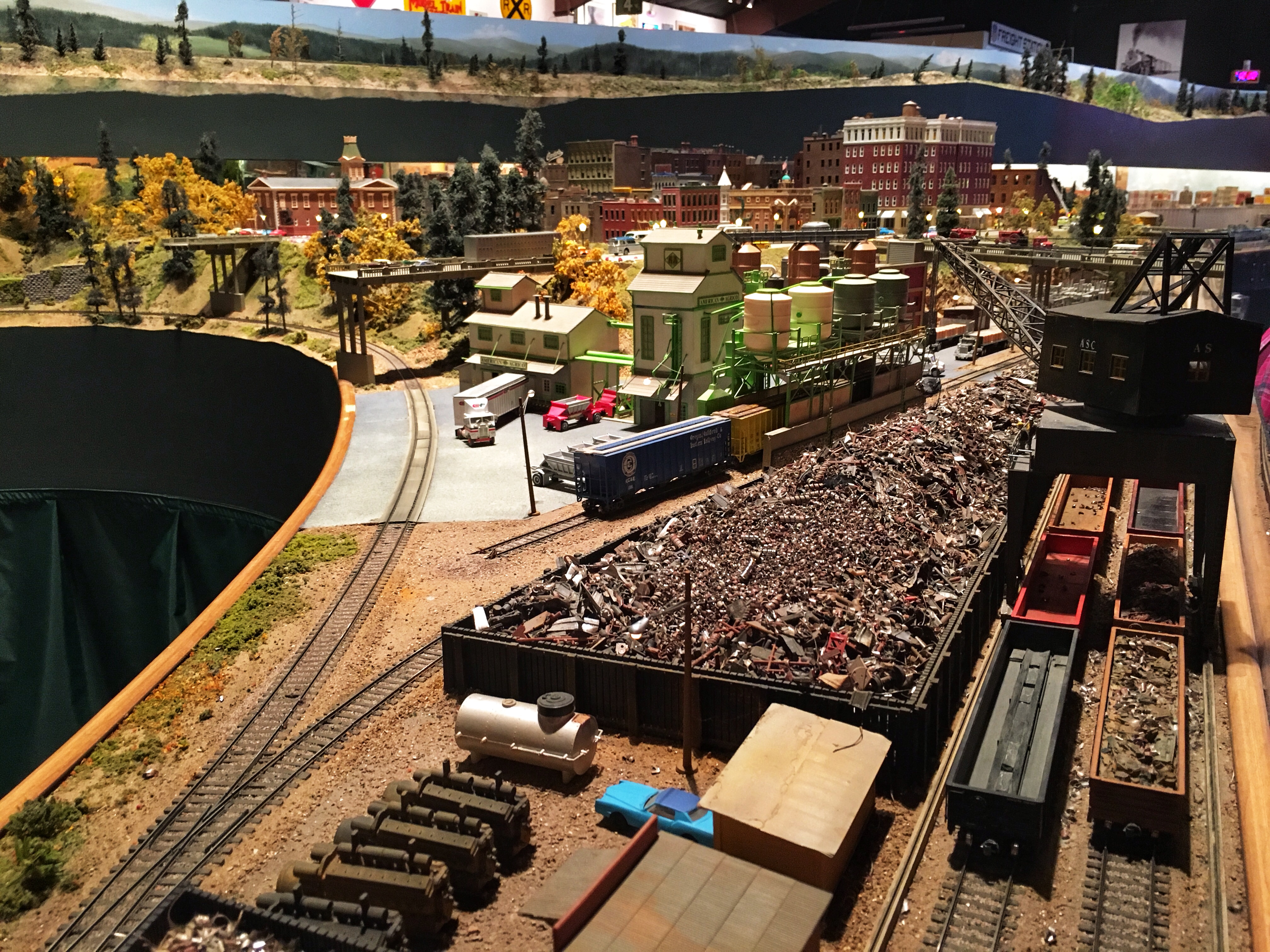 The track wound around behind a wall to an area done up to look like a port, complete with a model of the Edmund Fitzgerald. 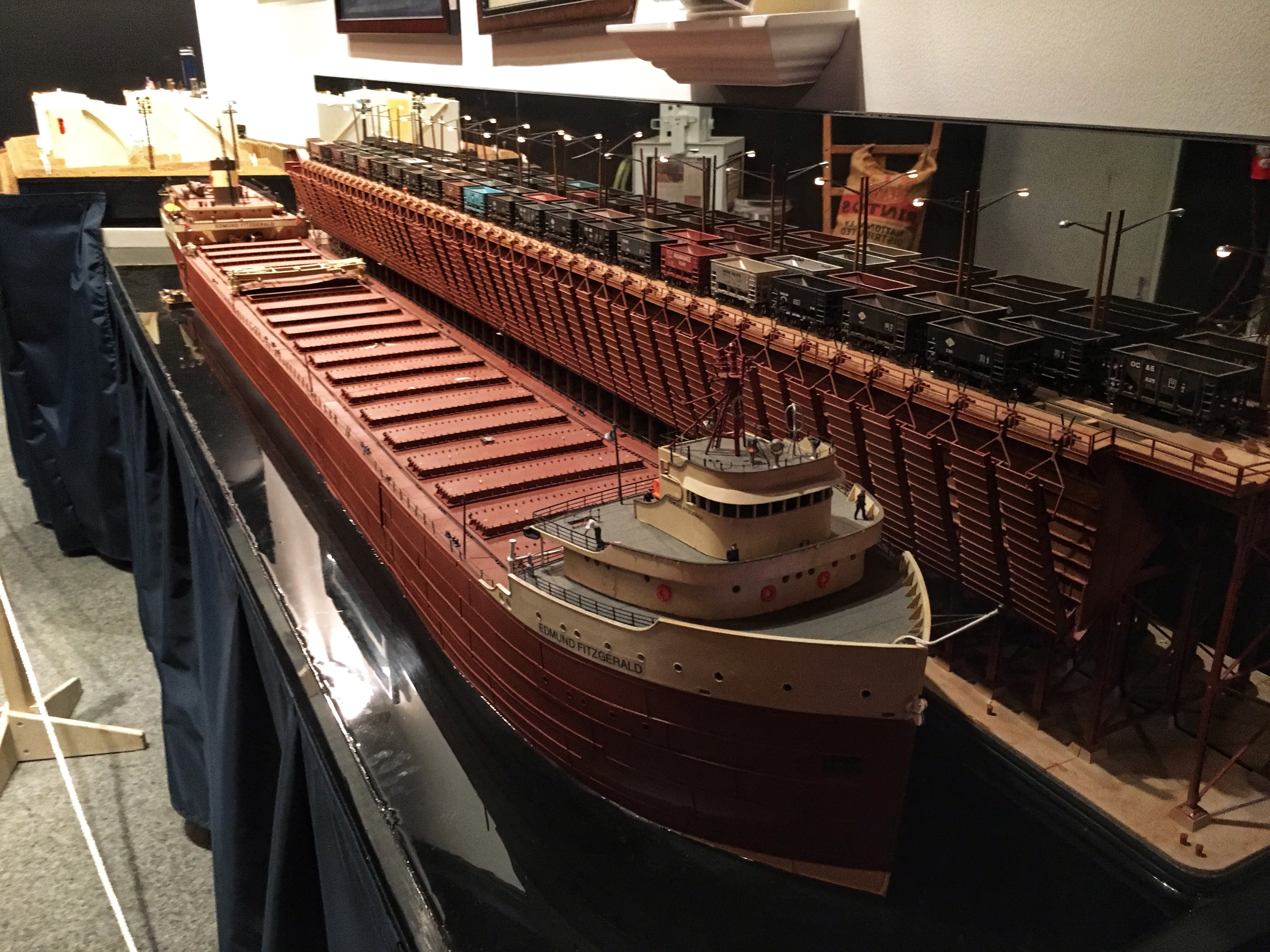 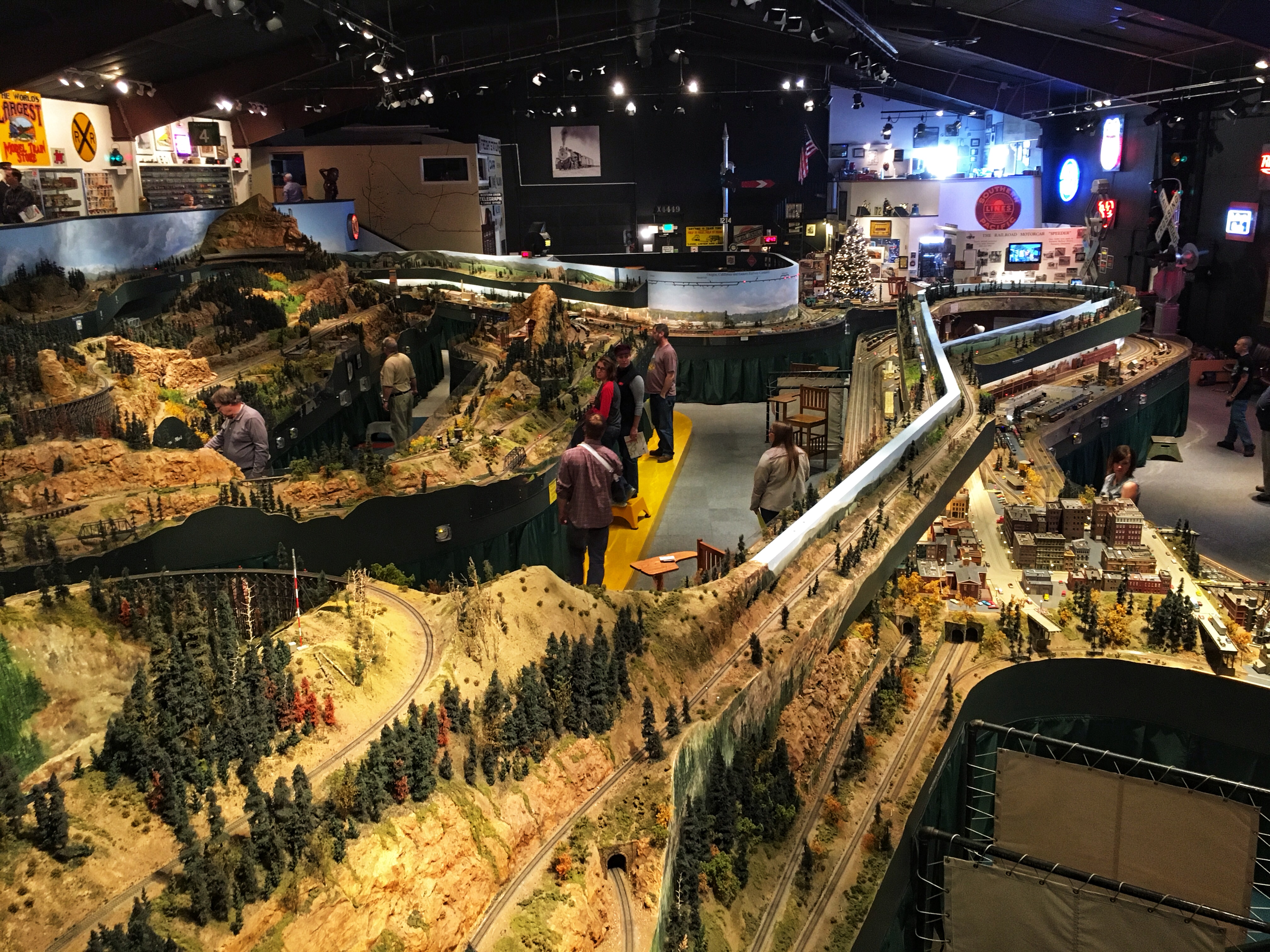 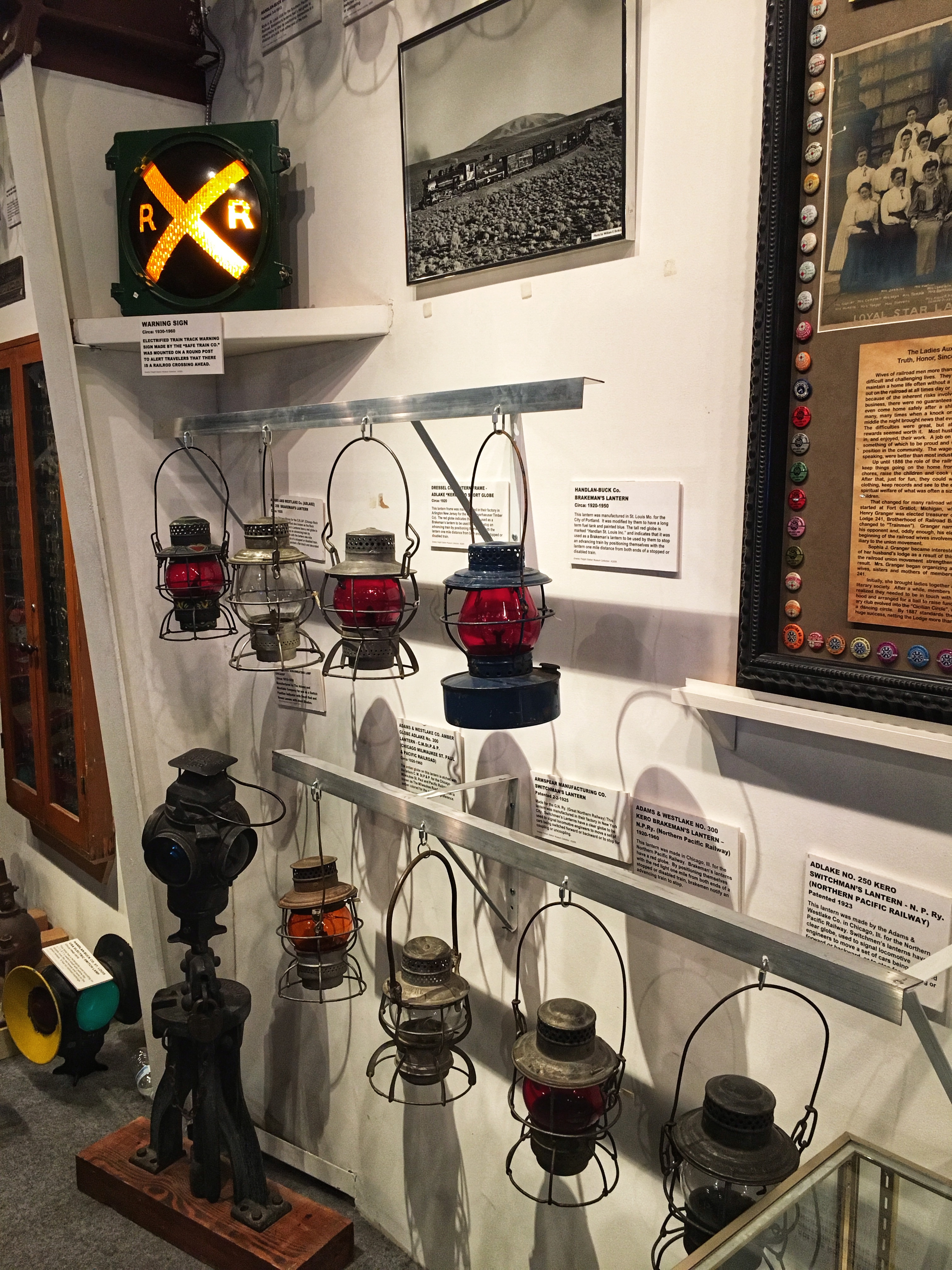 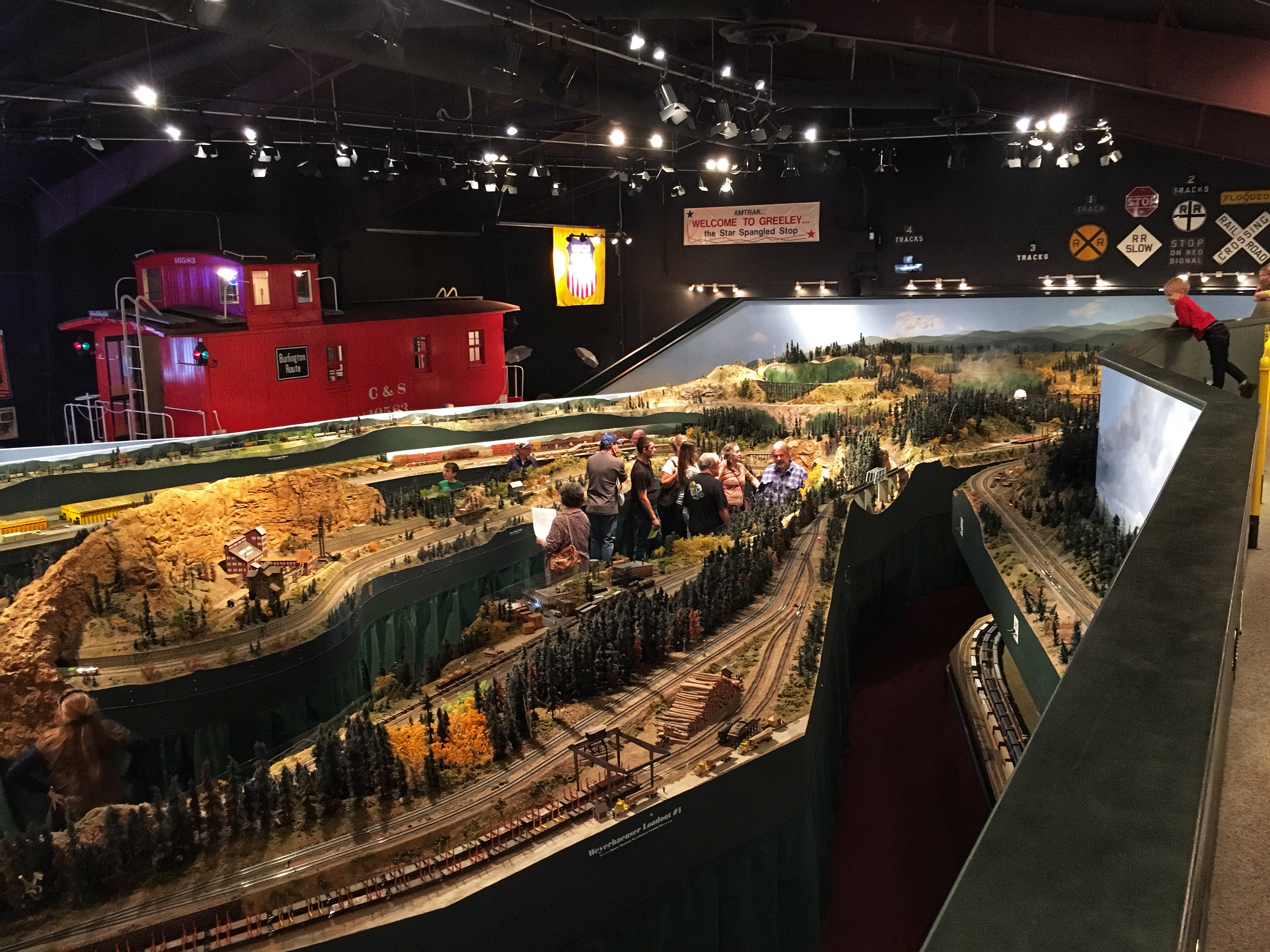 We walked through the caboose, but there was a young couple in there getting their photo taken, so we didn’t stay long. And that was pretty much it for Greeley. We ate supper at Chick-fil-A, then went to see Coco at a theater in the mall near our hotel. We didn’t know anything about the movie except that it was put out by Pixar Animation. It seems like Disney has completed its takeover of the studio. The animation was amazing, but the story was totally Disney—a Hispanic lad travels to the land of the dead on Dia de los Muertos and fights to get an ancestor remembered before he disappears forever. It was a hunk of seriously twisted theology disguised as a harmless children’s movie.