We were in Fort Collins and we wanted to hike. Our afternoon plans were in Greeley, which was about 30 miles southeast, so it didn’t make sense to go too far west. We headed to Lory, the nearest state park. There weren’t a lot of people when we arrived, but it was filling up fast when we left. It’s my opinion that the park exists primarily to give the people of Fort Collins somewhere close by to go to.

I mean, it was pretty, but there are thousands of prettier places in the state. It might have been more impressive if we had taken the uphill trail to the top of a large rock formation. But the trail we took led over a couple of rises to the shore of the Horsetooth Reservoir, a large and rather unimpressive man-made body of water. 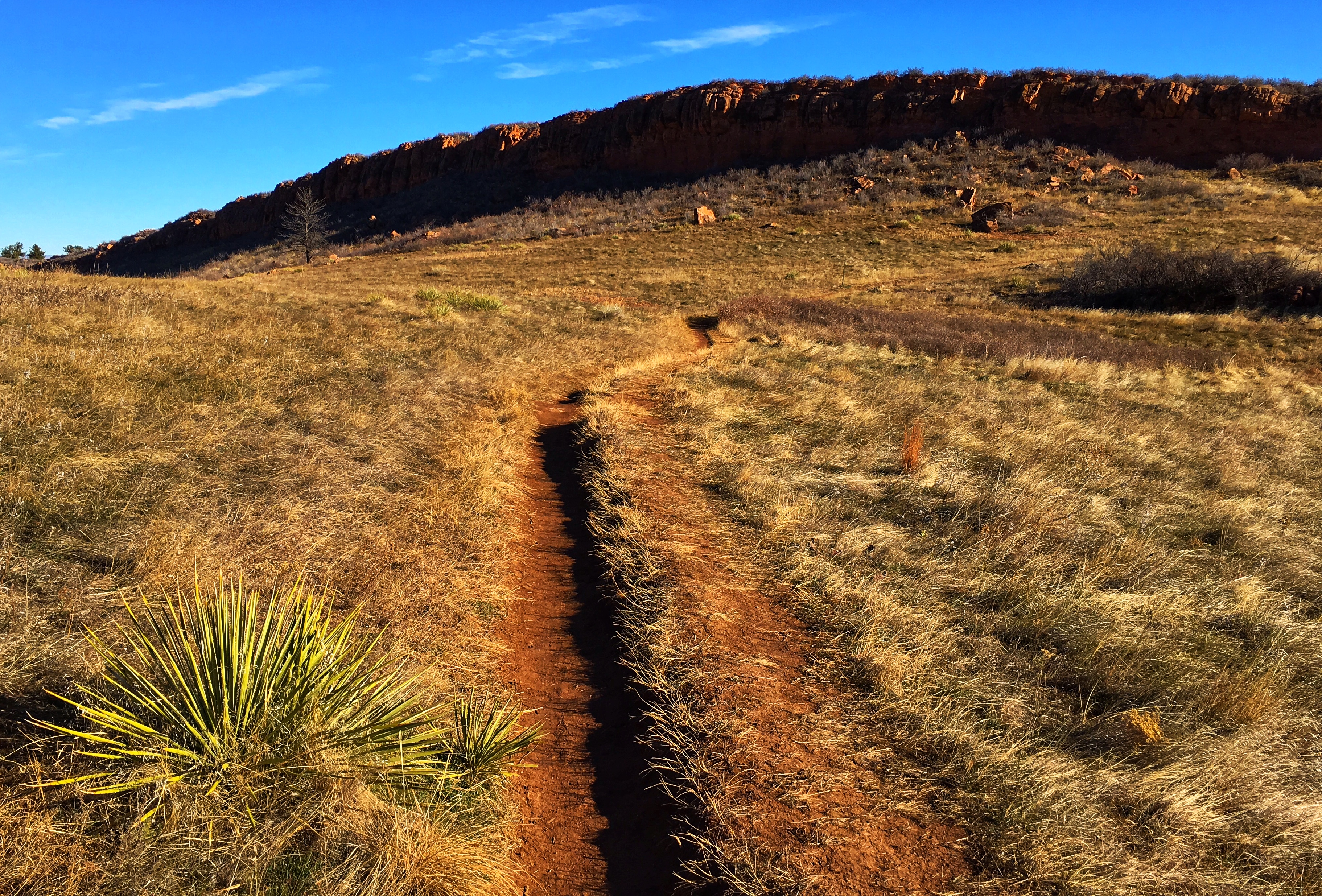 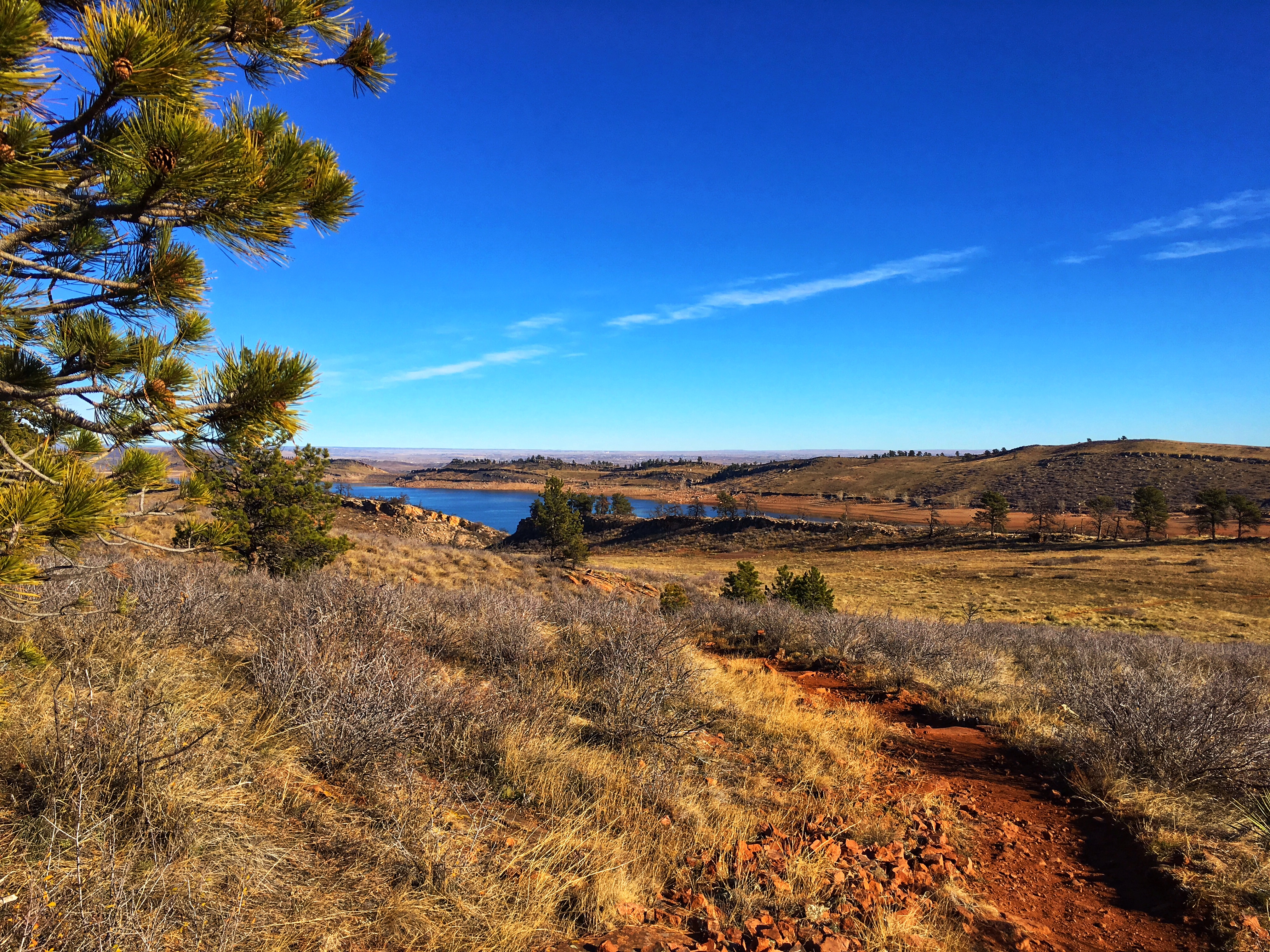 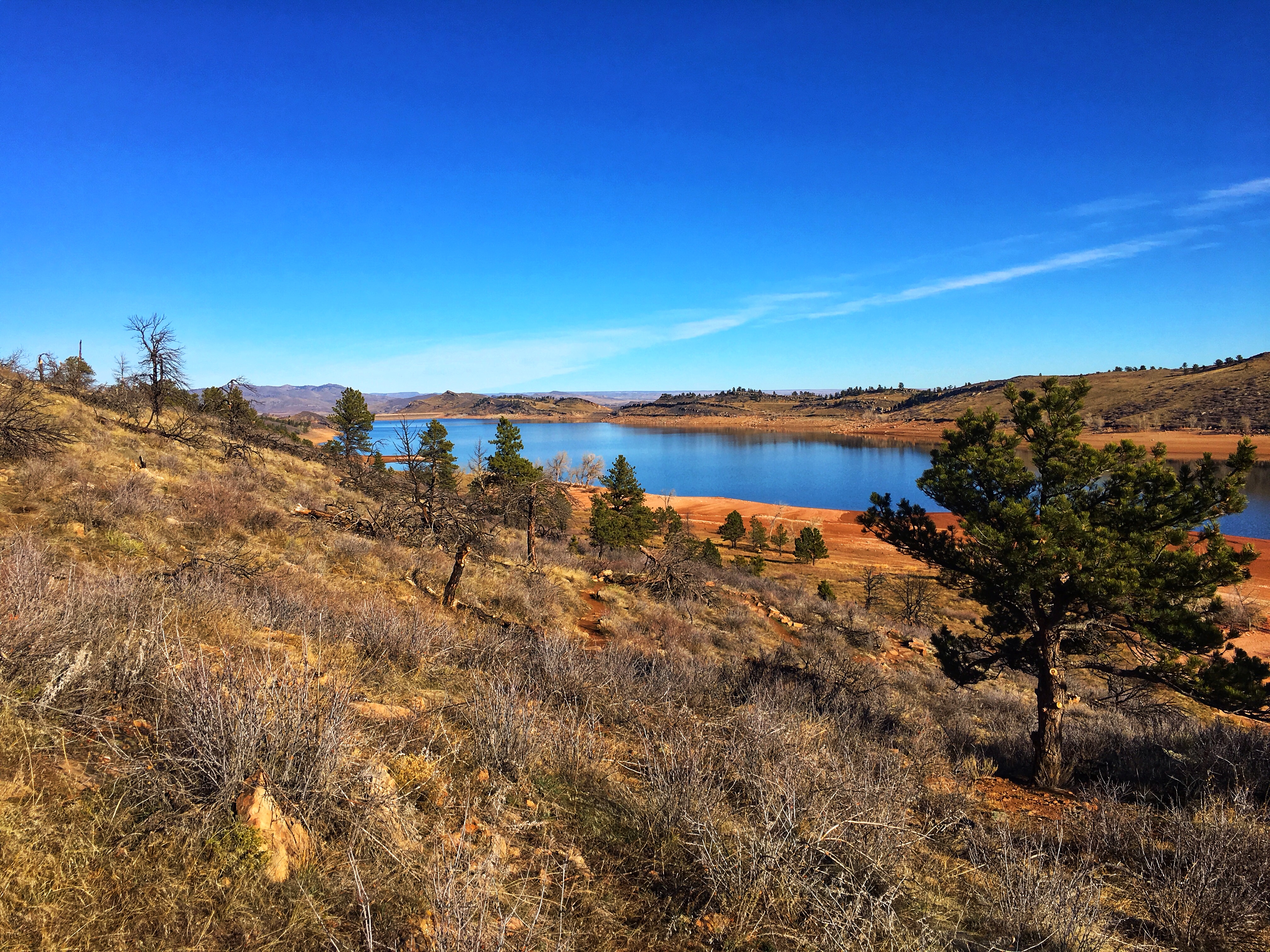 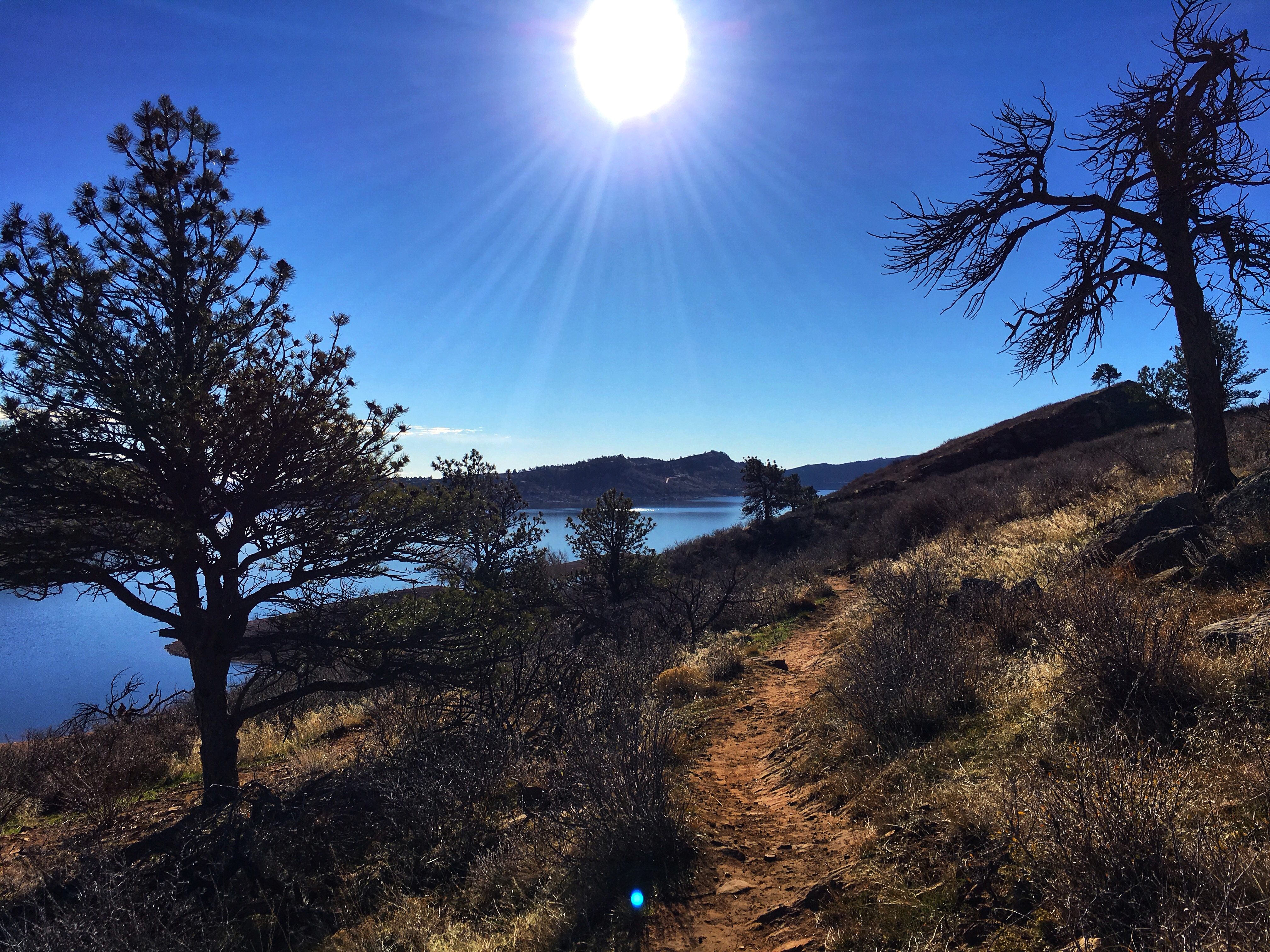 I carried my binoculars and spotted four birds on our two-mile hike. Not four species—four individual birds—two magpies, a flicker, and a Common Loon that was drifting out in the lake. There were a few gulls too far out to identify, and gulls don’t count anyway.