I made a point of only buying food that wasn’t normally available except at a fair. 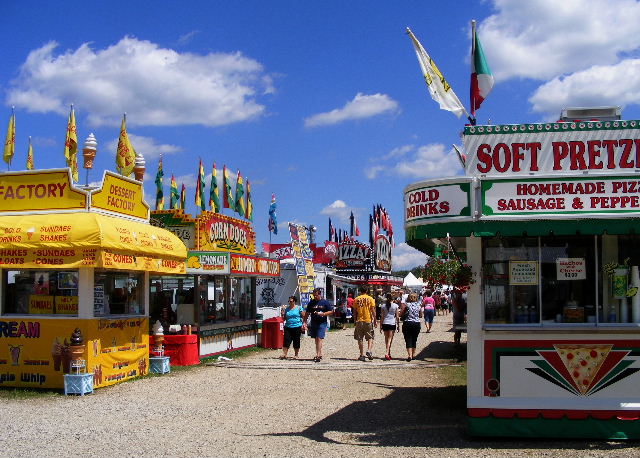 Jumbo Corn Dog ($5) — This was tasty, but I soon ran into a problem. Because the stick was so long (and very sharply pointed), I got to a place where I could no longer eat off the end. Which left me with a choice. I could either eat around the stick (the corn on the cob method), which would be sloppy, or I could try to push the dog up the stick (risking having it crumble and fall). Which method would you have adopted? 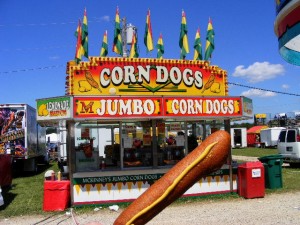 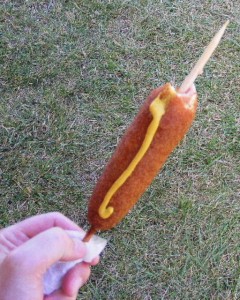 Corn on the Cob ($3) — It was very tasty, but it lacked that scorched, smoky taste that makes the corn at the Wisconsin State Fair so awesome. 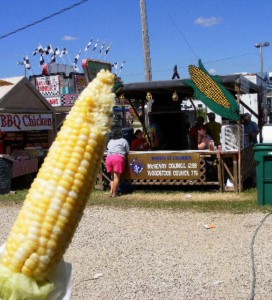 Root Beer — They had a variety of “home made” drinks. I had to buy a mug (for $6), but I could sample as many flavors as I wanted before getting the mug filled with the drink of my choice. (Refills were $2, but the mug was so large I was satisfied with one.) I tried the birch beer (too sweet) and the sarsaparilla (and yes, that’s how you spell it), but that was rather dull. I went with the root beer, and wasn’t disappointed, although it didn’t quite match the best of Dog n Suds. 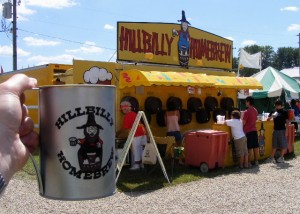