Today was the 100th birthday of the National Park System. We celebrated by visiting Dayton Aviation Heritage National Historical Park in Dayton, Ohio. Of course, they had cake. 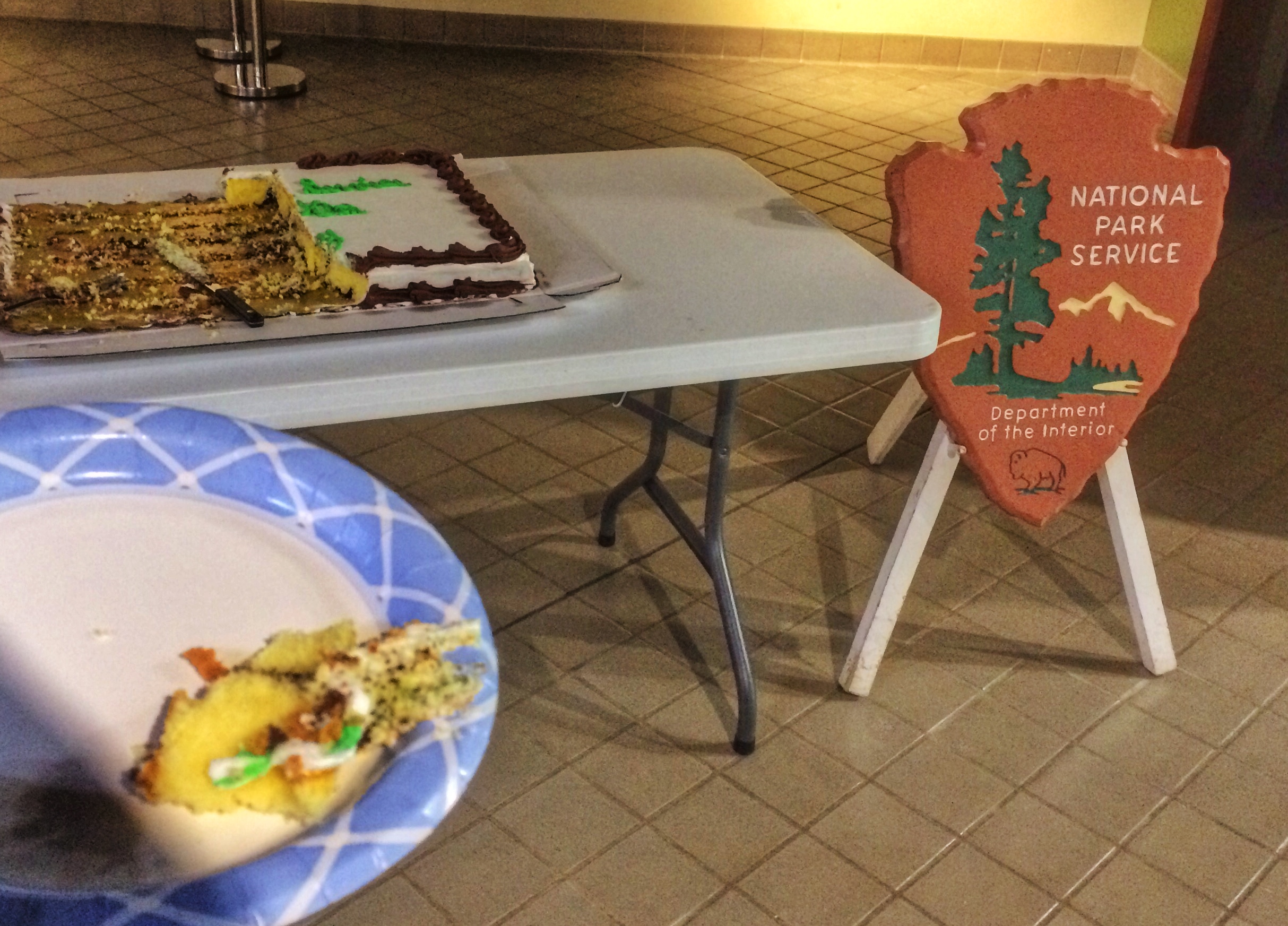 There are several sites scattered around Dayton. We visited the Wright Cycle Company, which consists of an old store used by the Wright Brothers for their bicycle shop from 1895 to 1897, and a second store next door called the Hoover Block.

The visitor center displays in the Hoover Block took us about 45 minutes. There were several exhibits on various aspects of the brothers’ lives. Almost every bit of information appeared on at least two signs and it didn’t take me long to realize there just wasn’t much to the place.

The building was once used as a grocery store, so one room was done up something like it would have looked then. 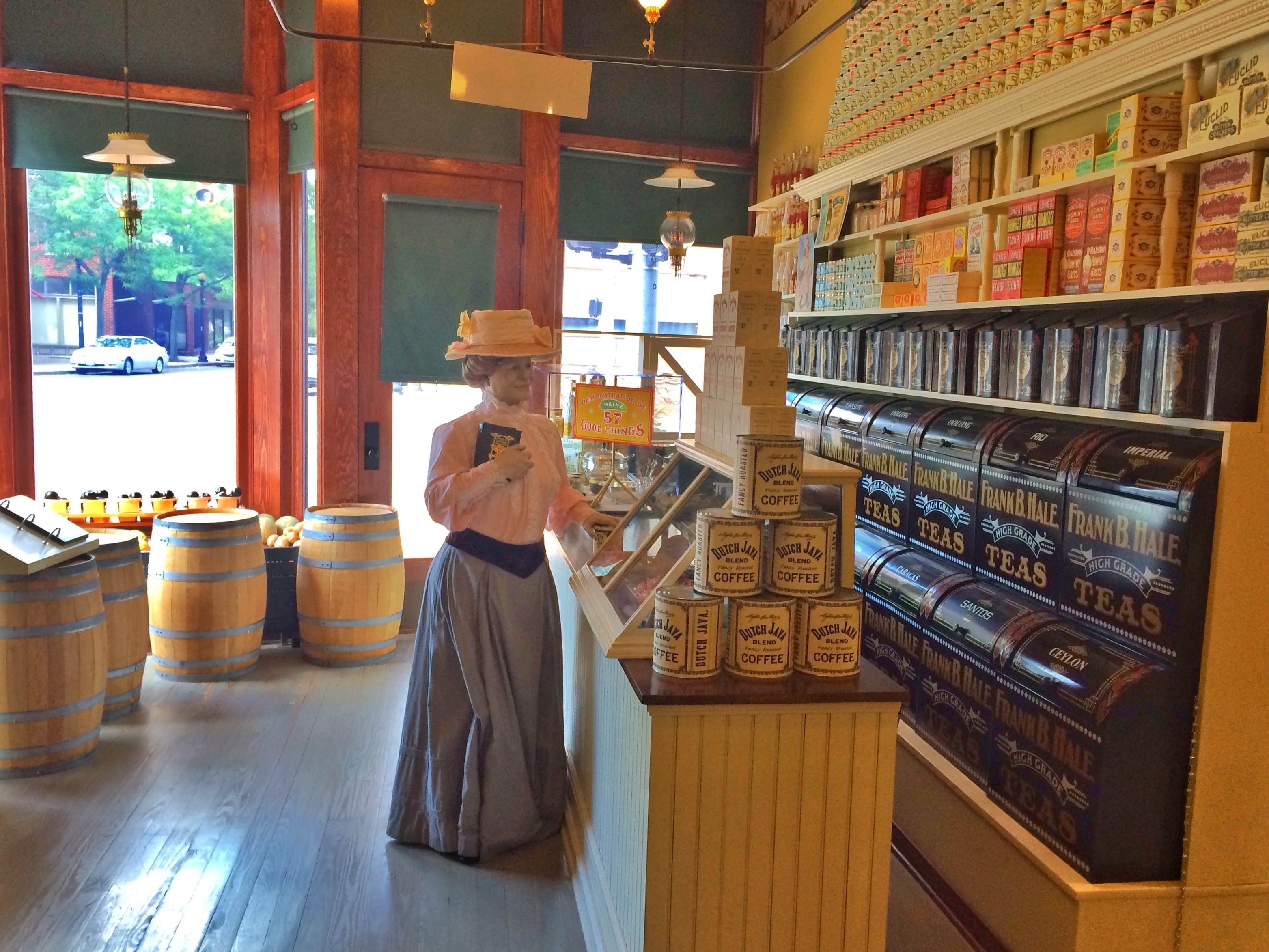 There were a lot of reproductions of planes and equipment and parts. 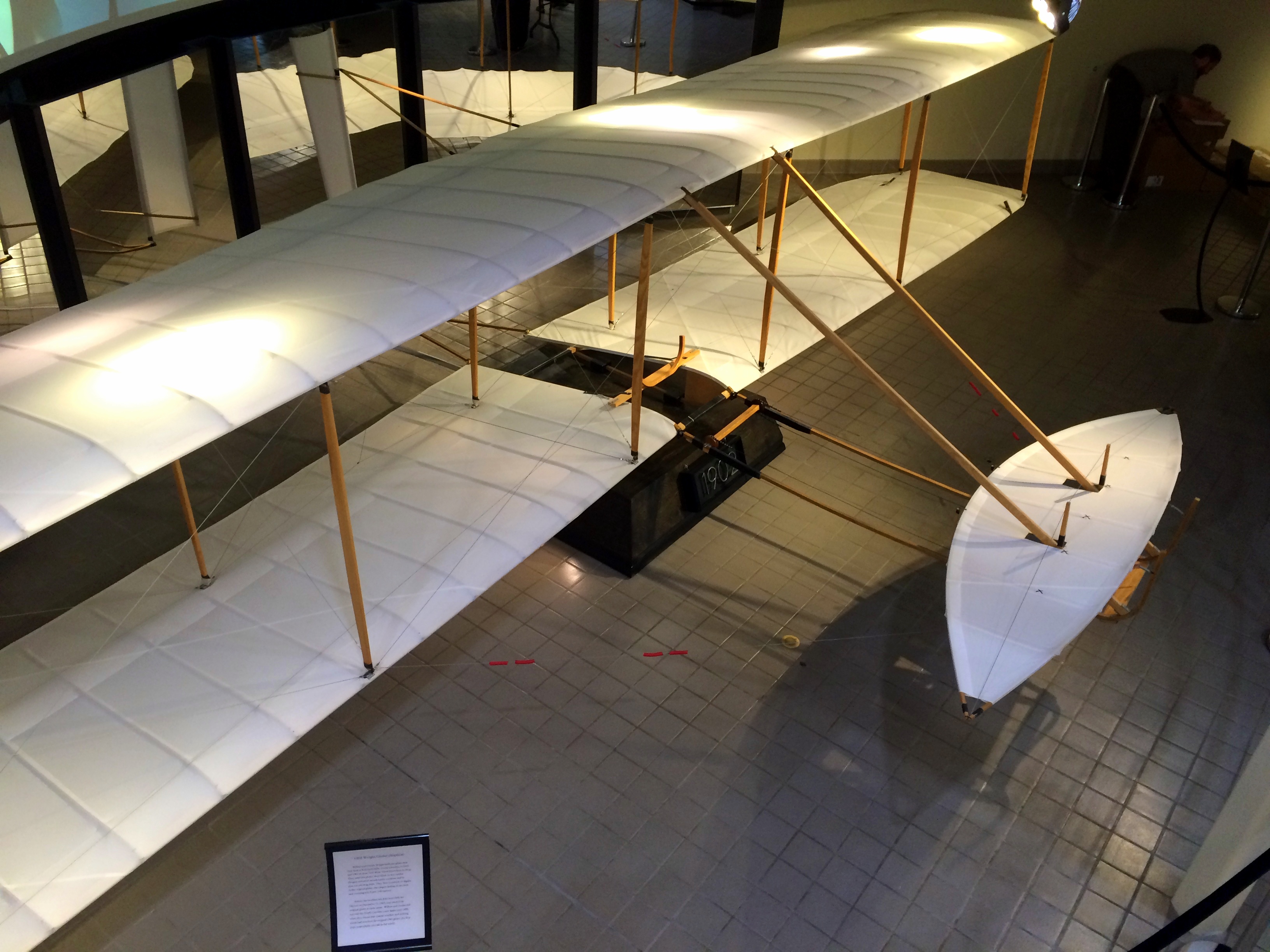 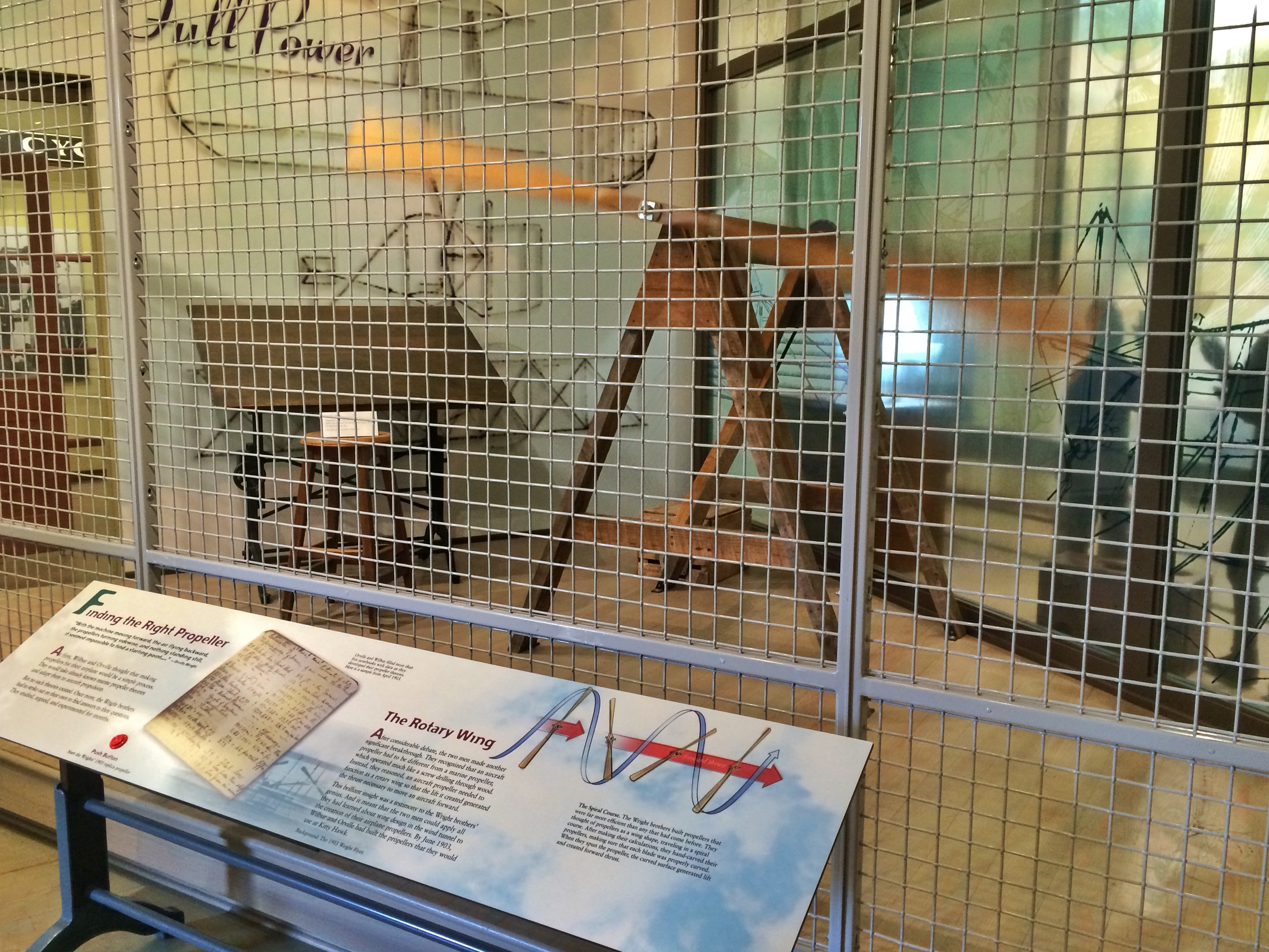 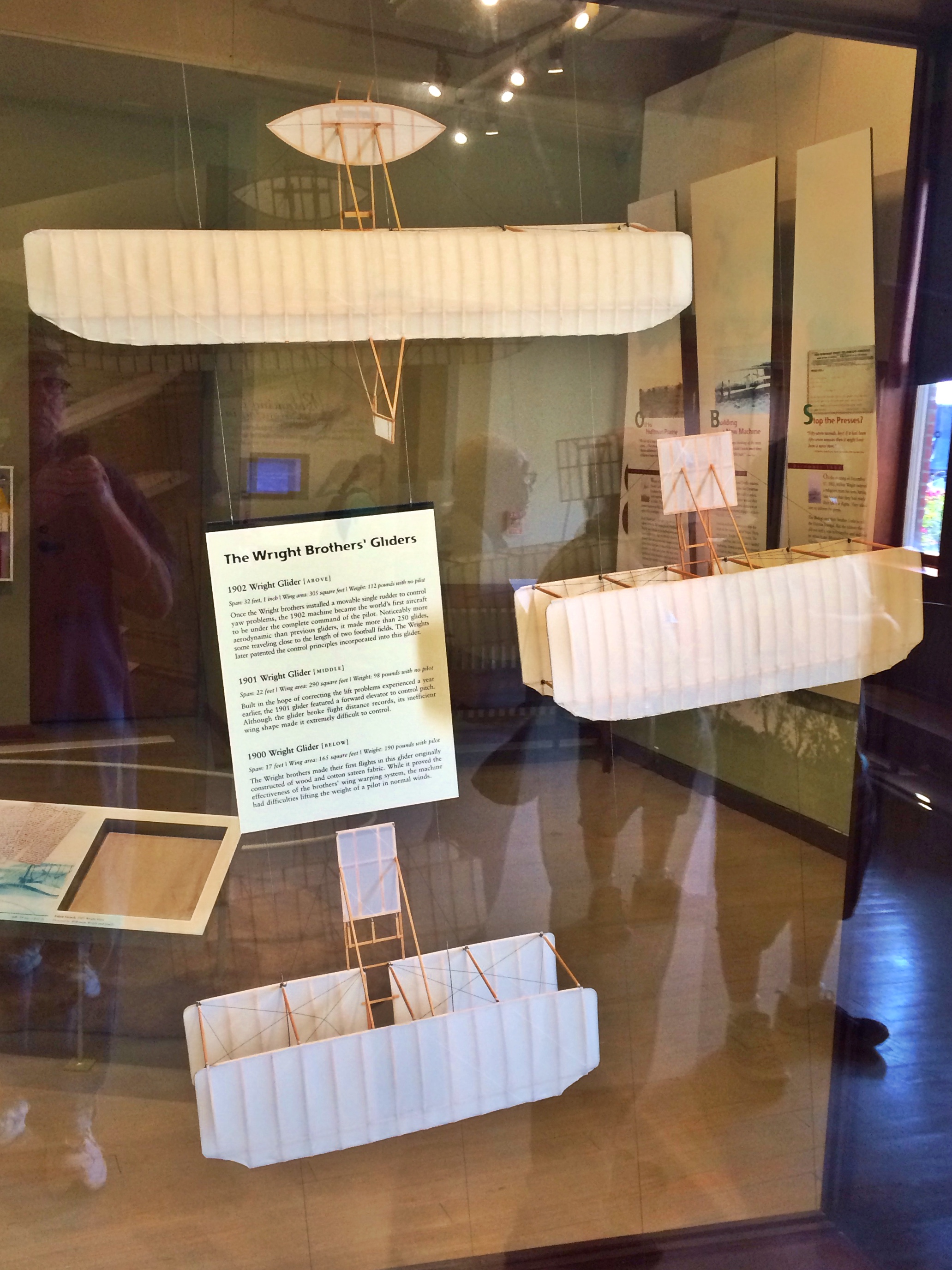 On the second floor, there was a parachute museum and a reproduction of a print shop the brothers operated in the building between 1890 and 1895. Some of the equipment, including the typesetter’s table, actually belonged to the Wrights. 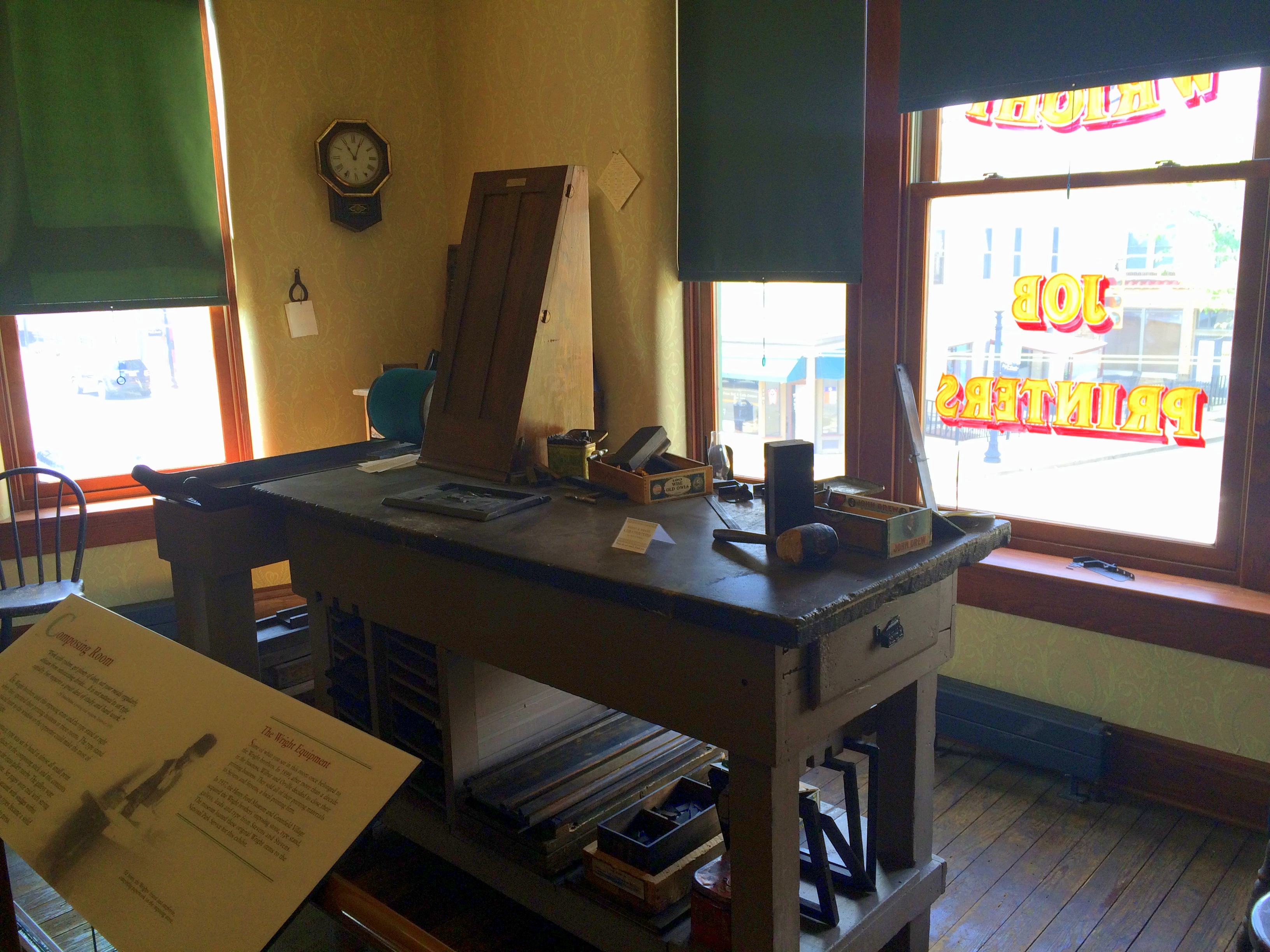 We’d been told the bicycle shop would remain open until 5:00, but when we wandered over at 4:35, it was locked and the sign on the door said closed. I spotted a young woman in a ranger uniform striding across the plaza and flagged her down. She agreed to open it back up for a couple minutes. 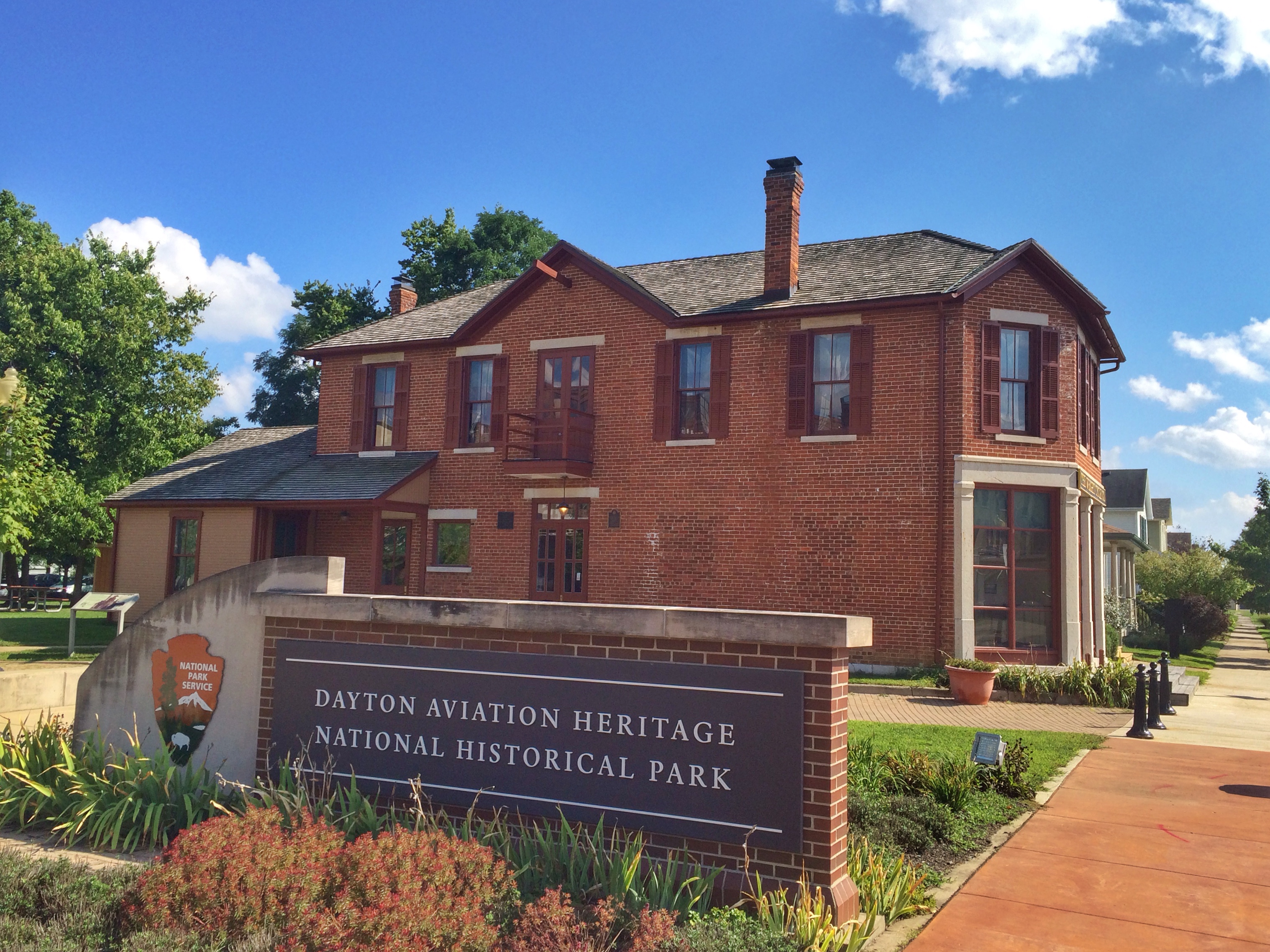 There wasn’t much inside that we couldn’t have seen by looking in the windows. 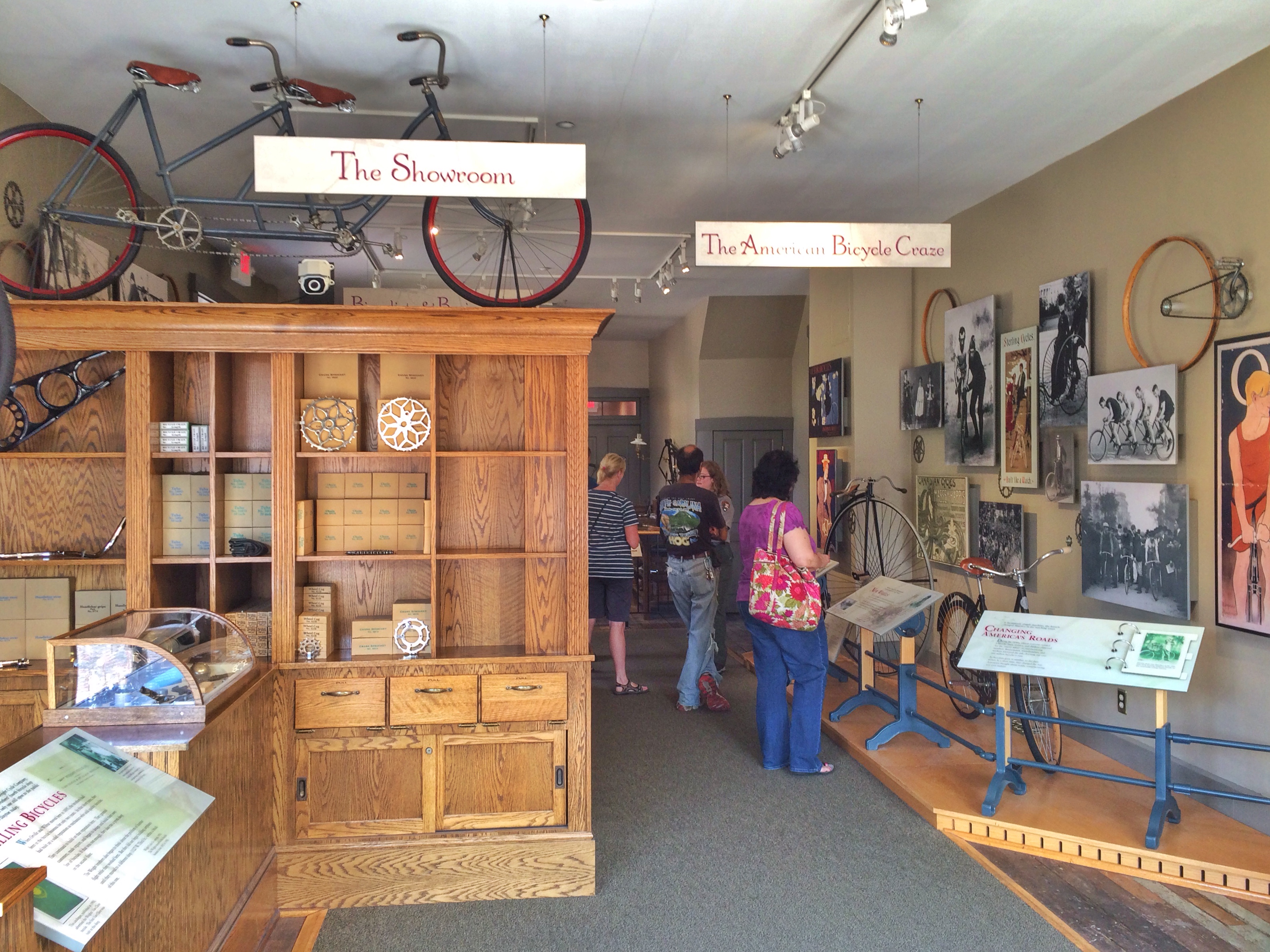 The Hoover Block as seen from inside the Cycle Shop. 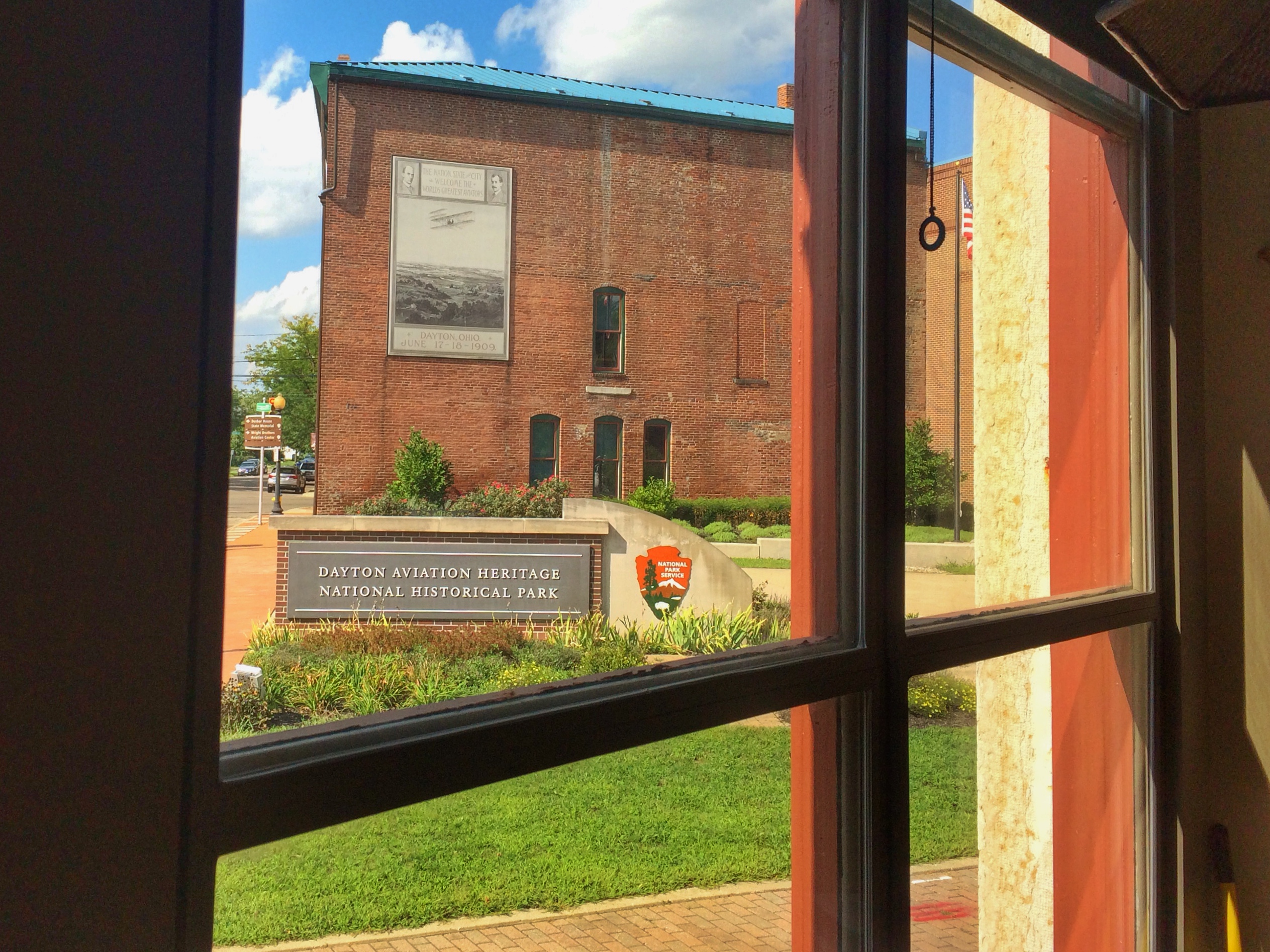 I’ve read a couple biographies of the Wright Brothers and so I didn’t discover much that was new. But while my wife read the displays, I entertained myself by taking silly photos. 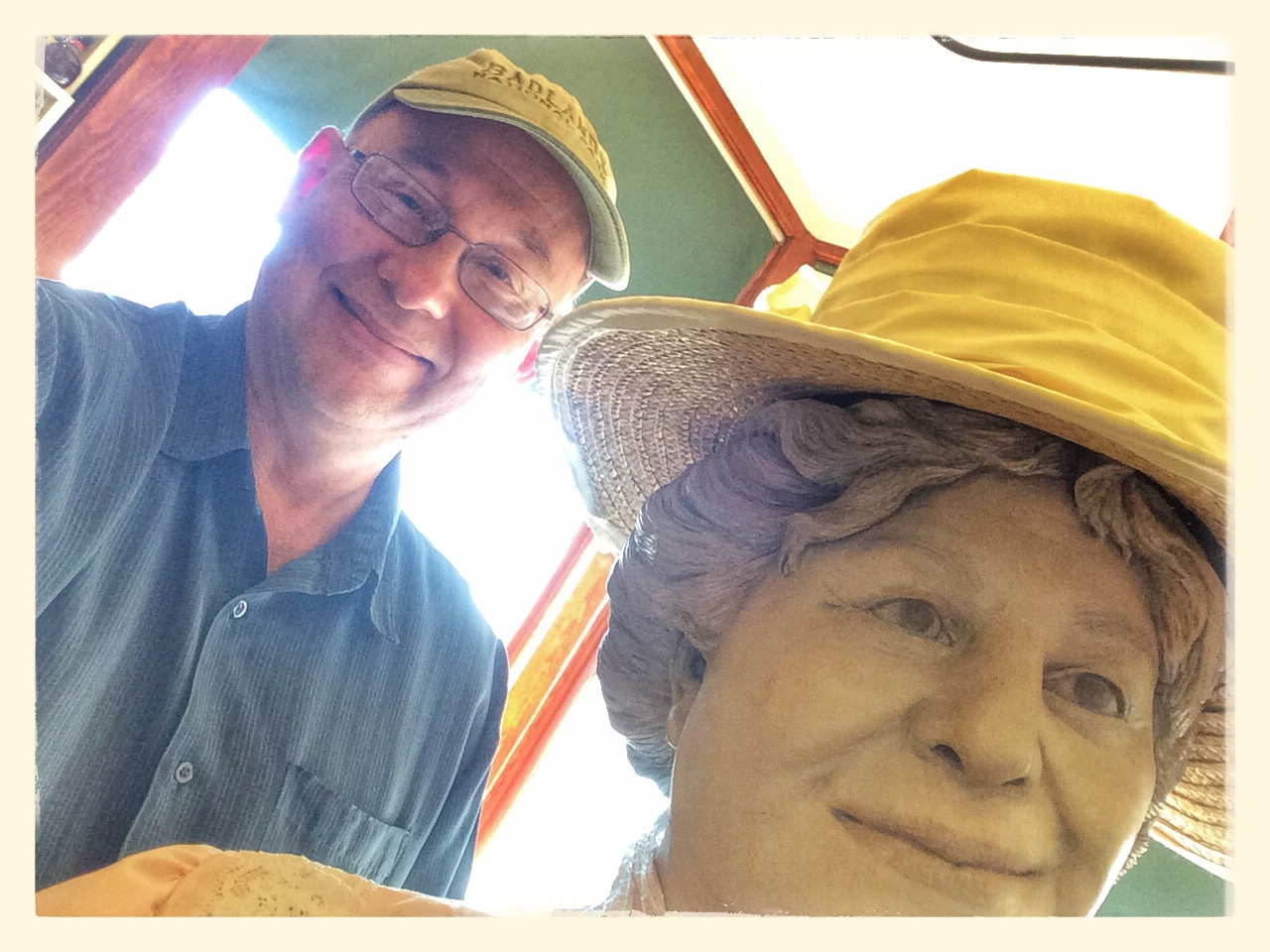 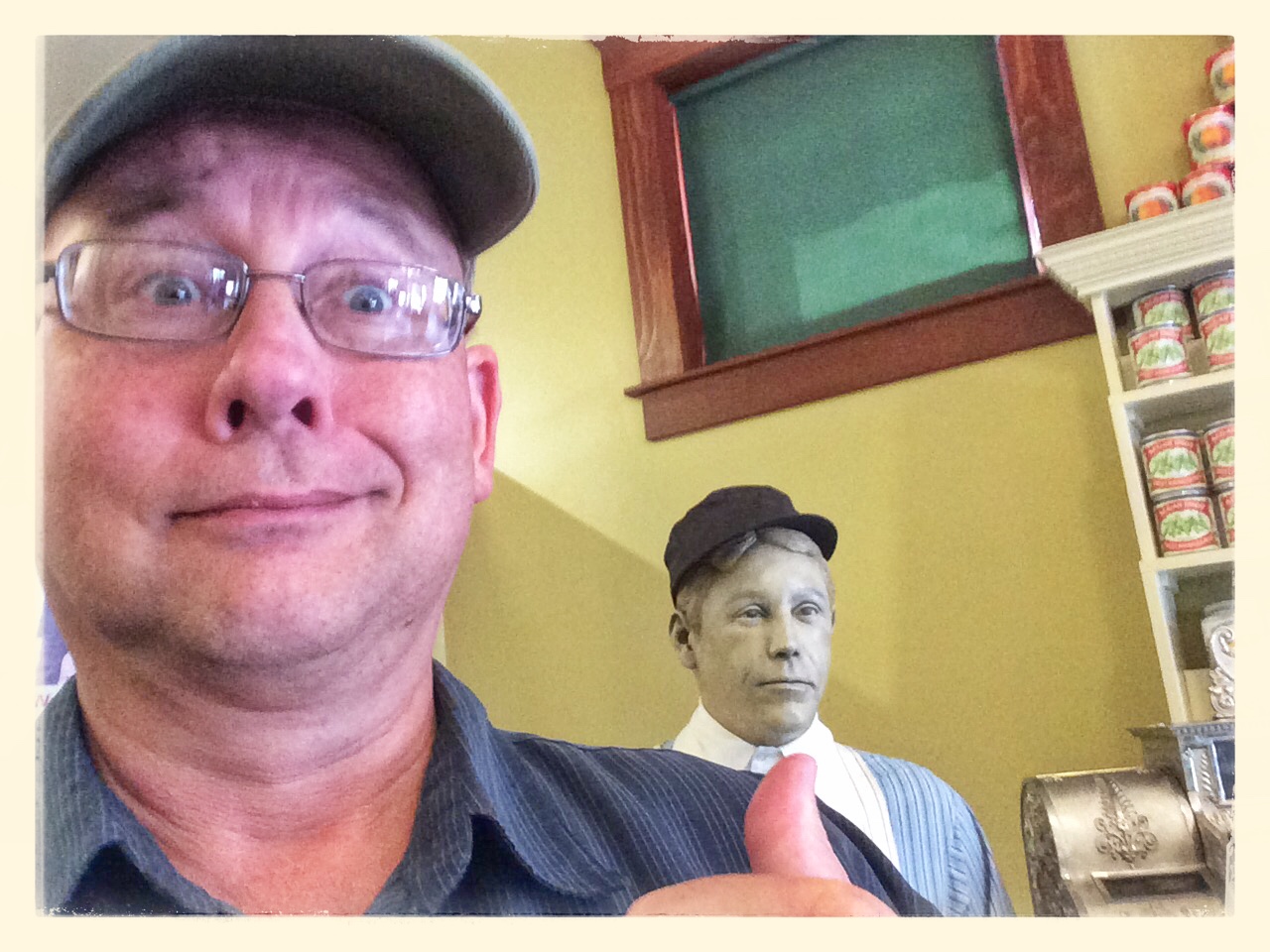 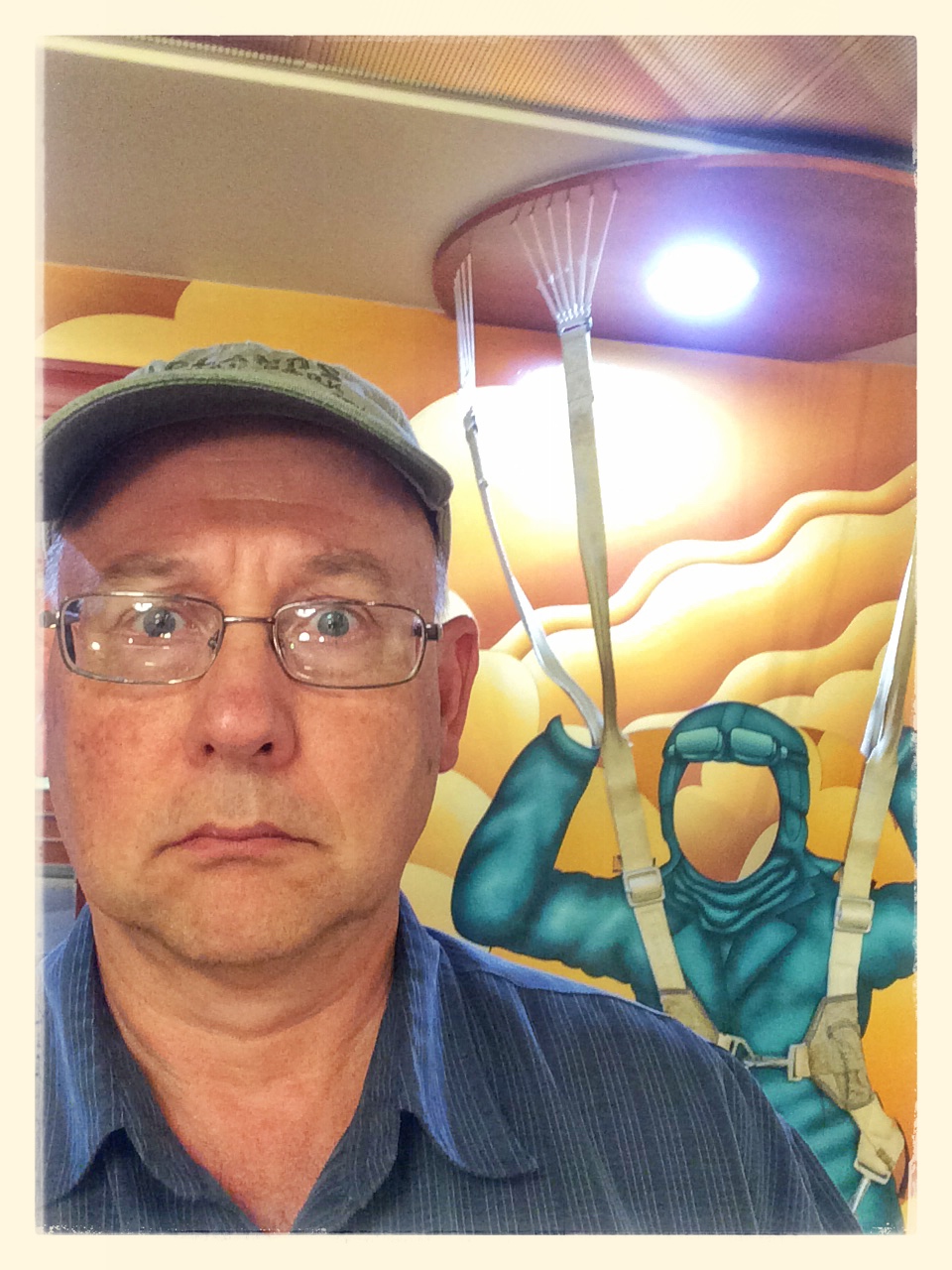 This is an ejection seat from a military airplane. 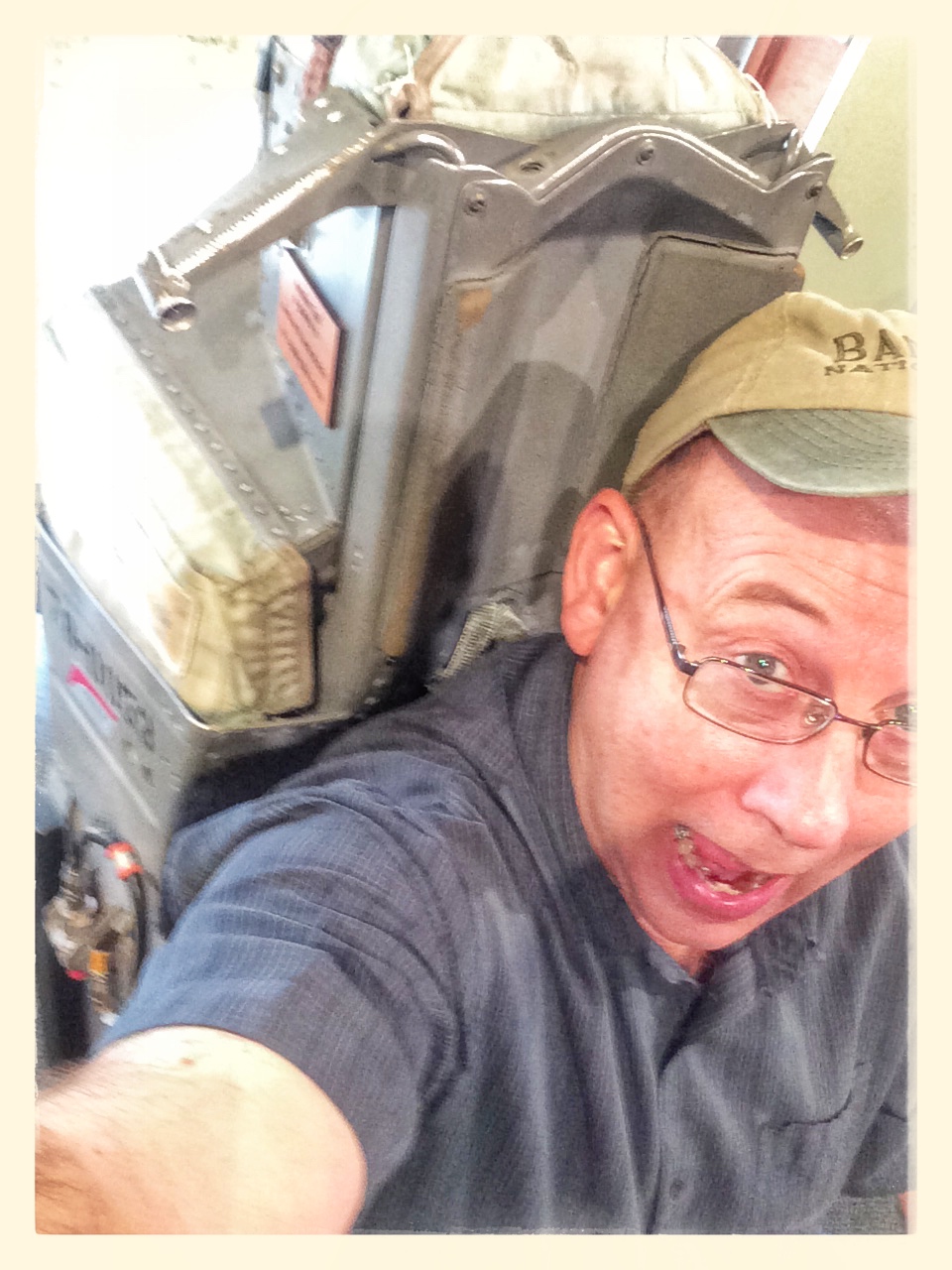 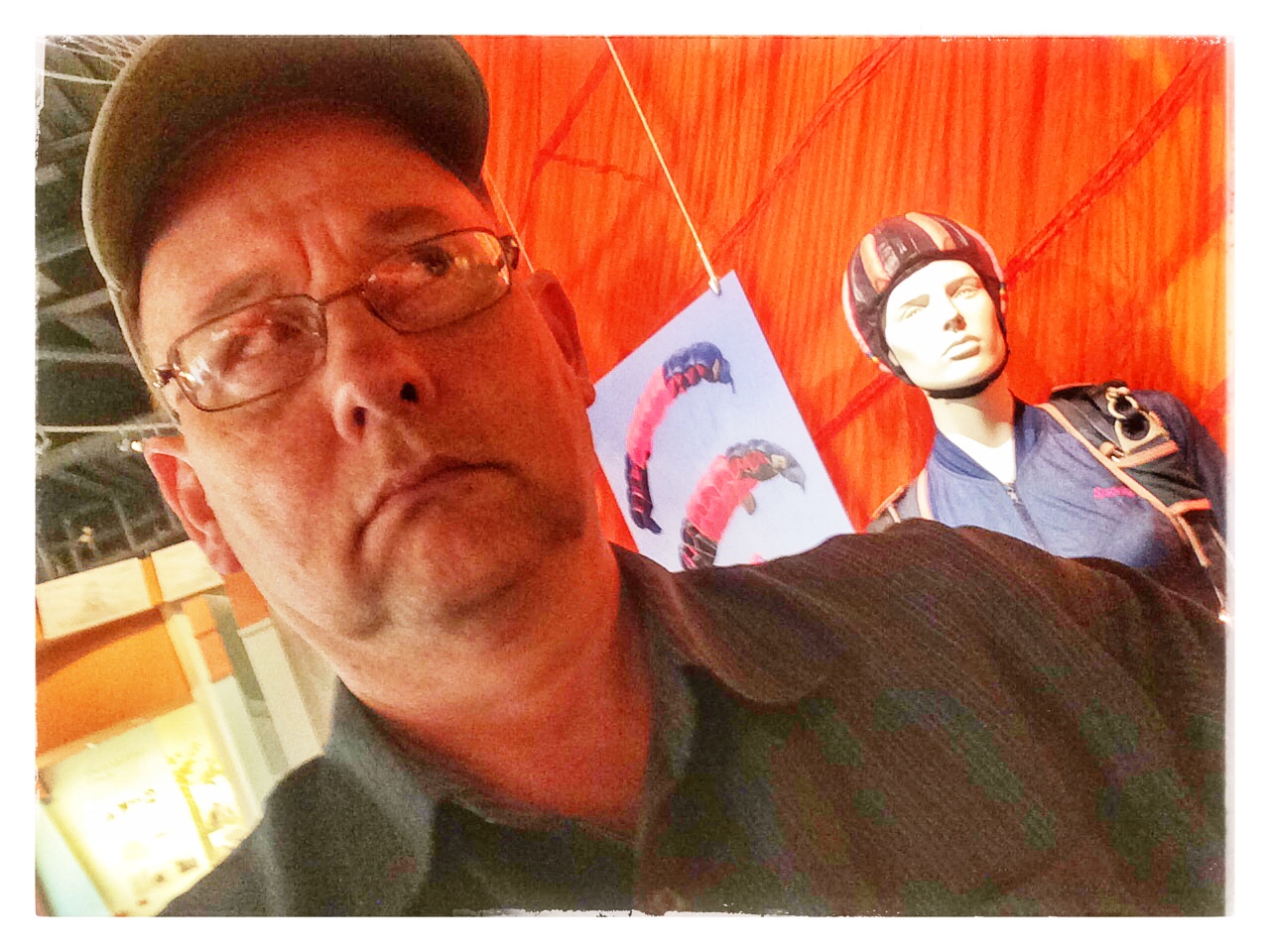 This entry was posted in Historic Buildings, National Parks, Transportation. Bookmark the permalink.