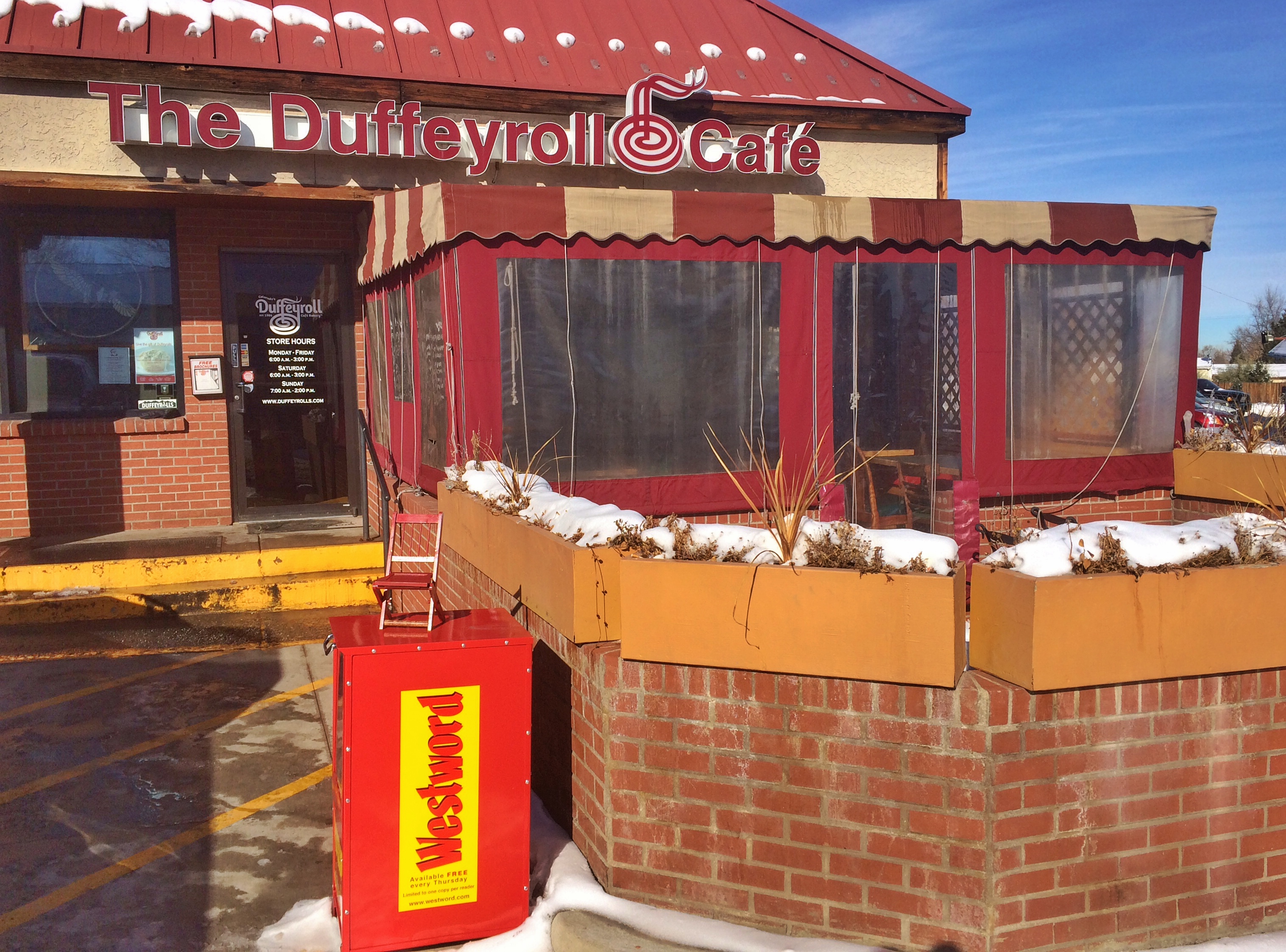 This bakery is known for cinnamon rolls that are light and flakey. We each ordered one along with a breakfast sandwich—the Bakin Sun, with “bacon, cheddar cheese, avocado, scrambled eggs with chipotle mayo served on Duffey’s signature rosemary ciabatta roll or pesto wrap.”

We found a table back in a corner and waited for our food. And waited. And waited. I finally got up to see what was taking so long. The women who took our order began apologizing almost immediately. Seems the guy who brings the food to the table had brought ours to another table. He asked the guy if he was Roger, and the guy said yes.

It’s possible, I suppose, but then what happened to his food? Anyway, while we were waiting for them to make our order a second time, they gave us each a free Duffeyroll and credited us for the entire meal. So we got that going for us. Which is good.

When the sandwiches finally came, they were amazing. Probably the best breakfast sandwiches I’ve ever had. The Duffeyrolls were also very good. This place is a keeper. And you can’t beat the price, this time anyway. 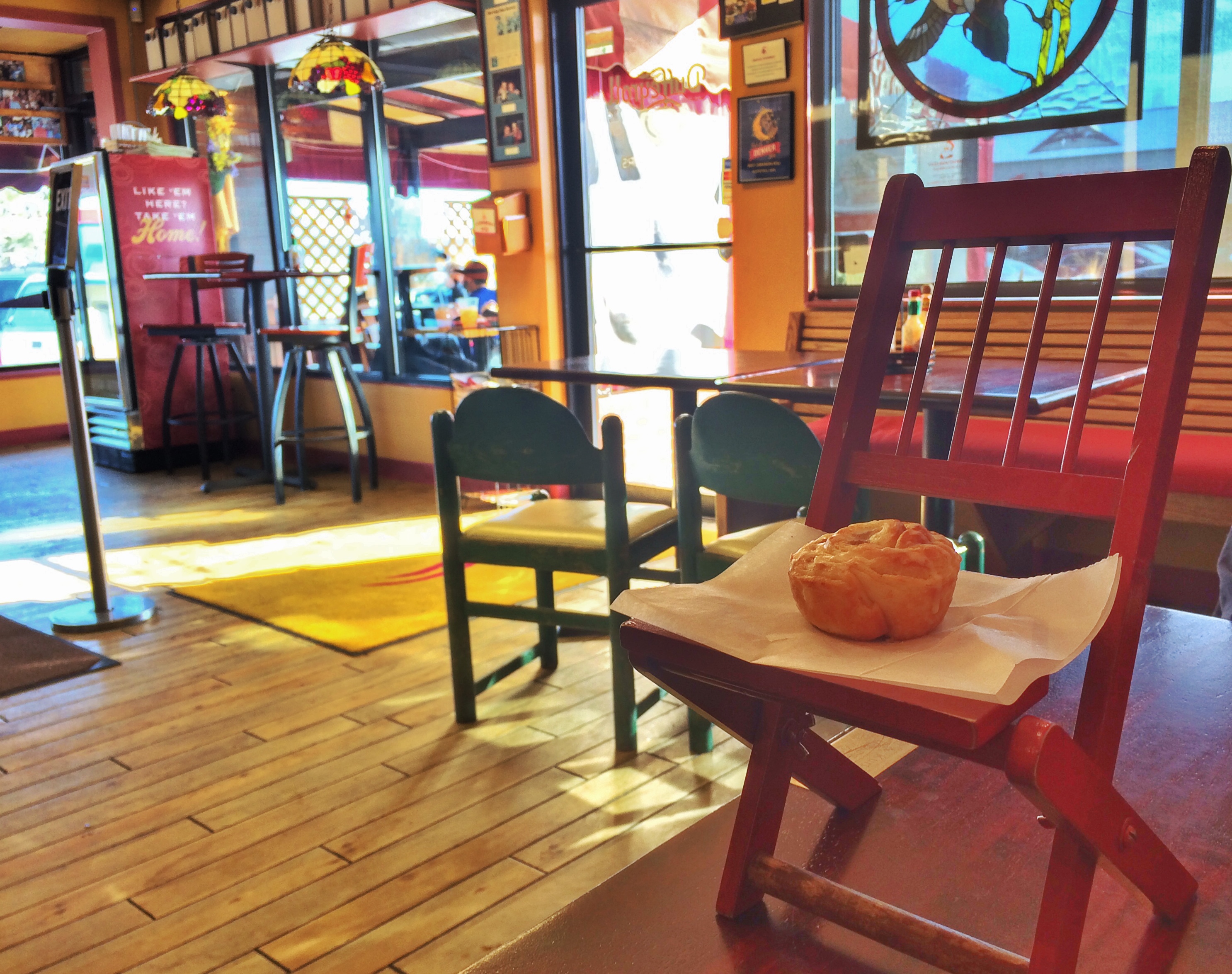 The Bagel Deli and Restaurant — found on Diners, Drive-Ins and Dives

For supper, we tried out this Jewish restaurant that looked like it hadn’t been updated ever. 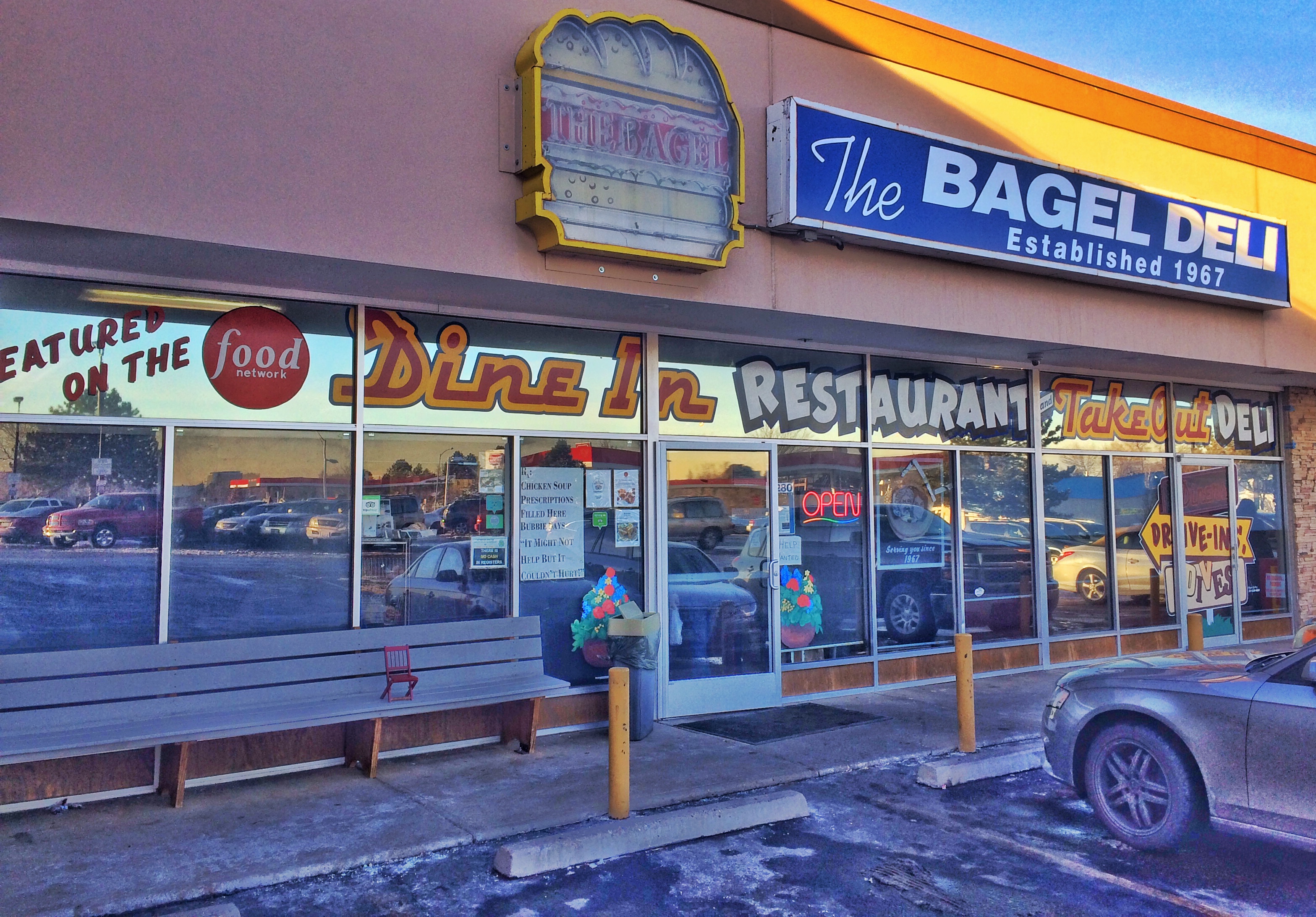 My wife ordered the meal that Guy Fieri ate — the Triple D Sampler, with matzo ball soup, meat knish, and kishke (a roll of dressing in sauce). We weren’t entirely sure what any of it was, but it was tasty. (I sampled it all.) I had a pastrami and beef brisket sandwich with Swiss cheese on marble rye. Also very good. We bought three bagels to go. I’m not sure we’ll head back here soon, but it was enjoyable.

This entry was posted in Food, Red Chair. Bookmark the permalink.