The solar eclipse path of totality crossed north of Colorado. In the Springs, it maxed out at 89%. Everyone at work wandered out on the patio every so often to see the progress. Someone brought plates with screens for us to look through, and a telescope. A few people also had eclipse glasses.

Shortly after the moon began its passage across the sun, I tried taking a photo with my phone though one of the plates. The results were less than spectacular. 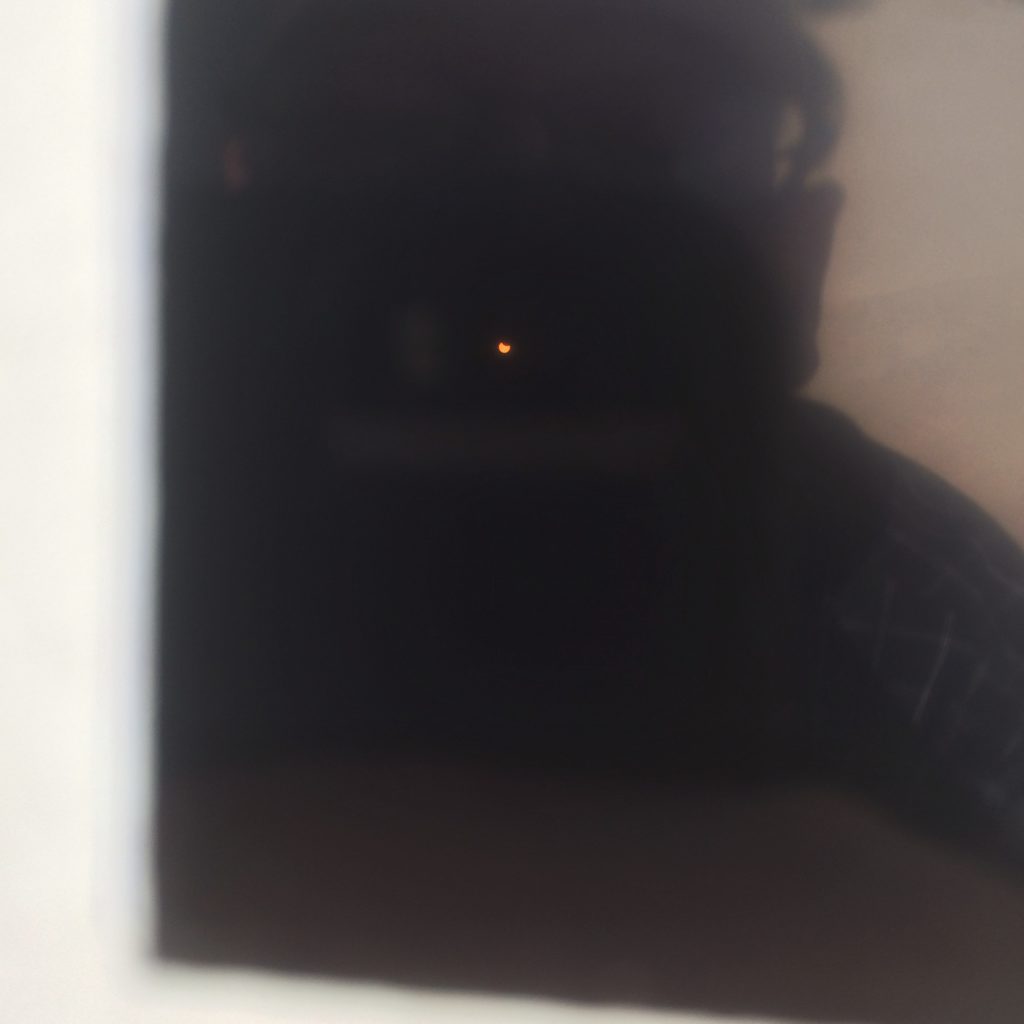 Later I tried taking a photo through the scope, and this worked better. 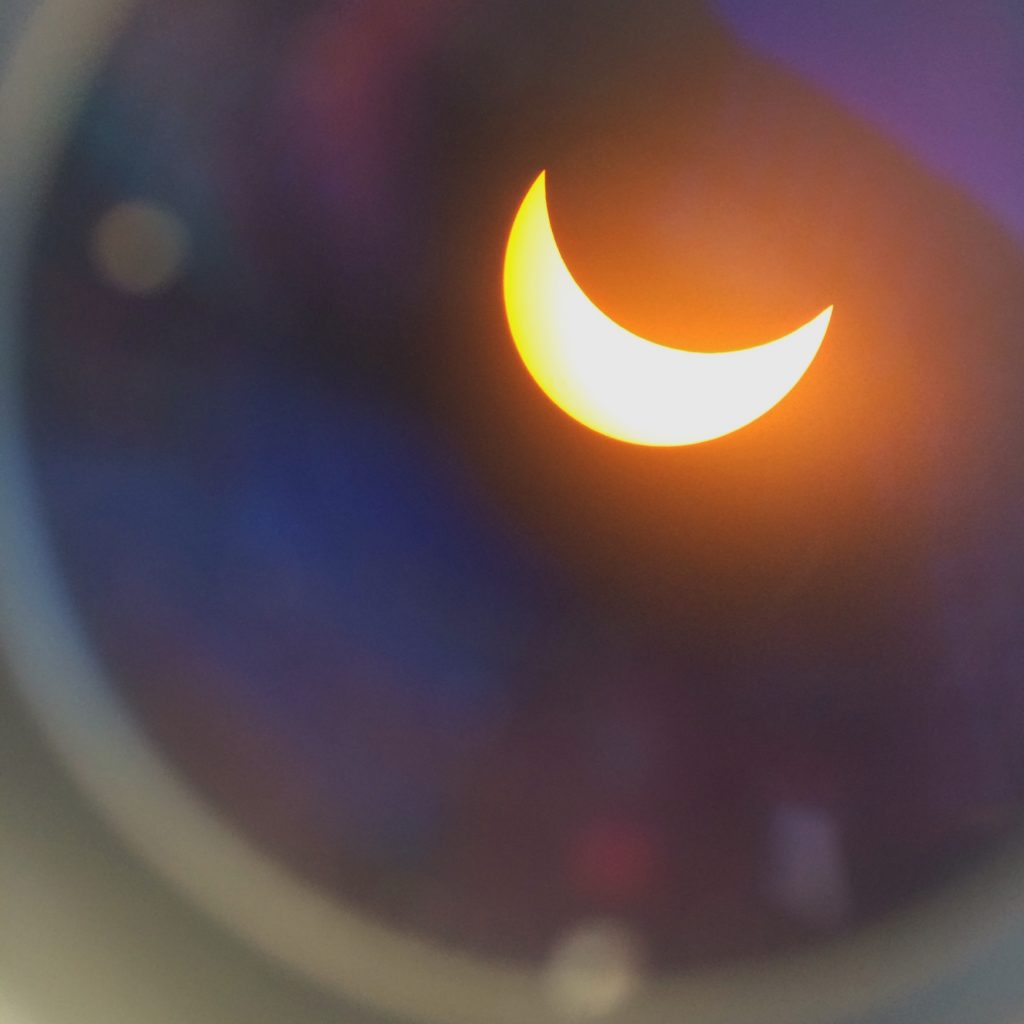 As time passed, the light became stranger and the shadows lost their definition. 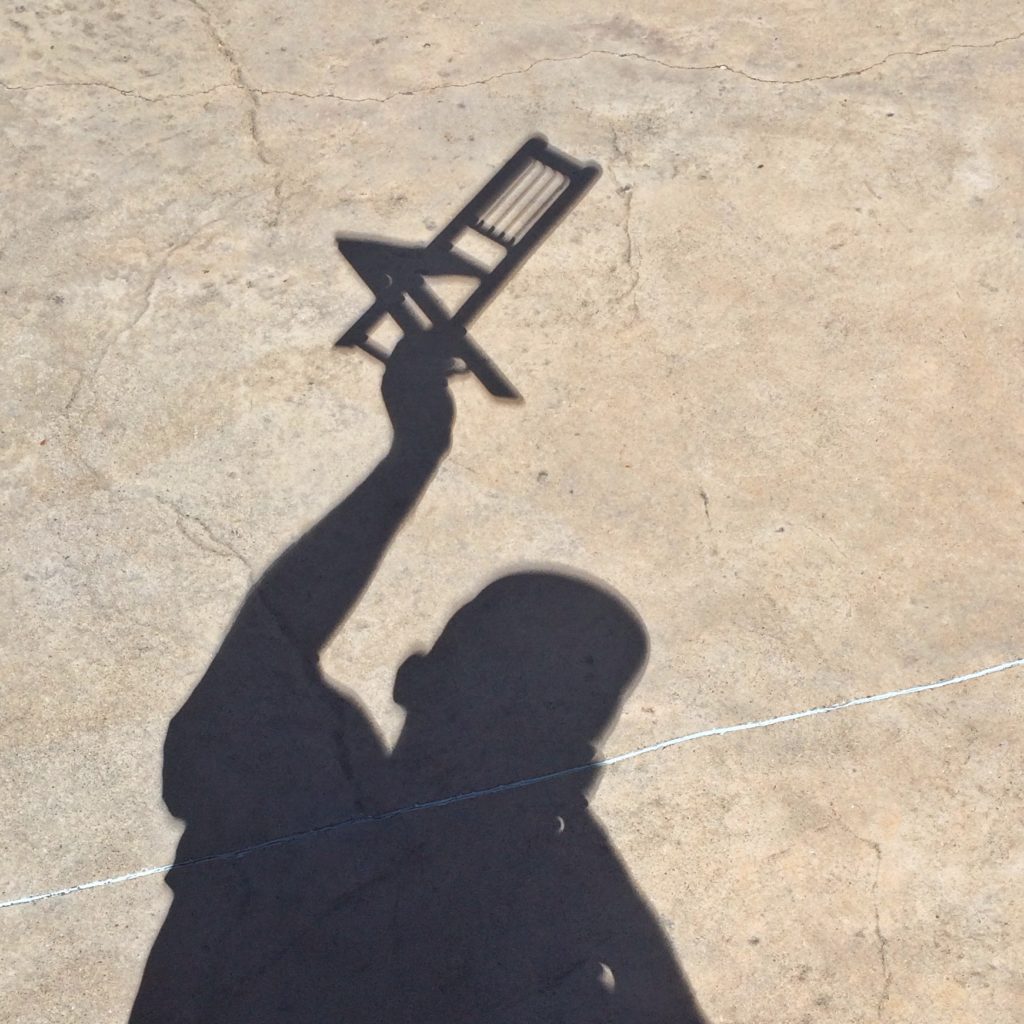 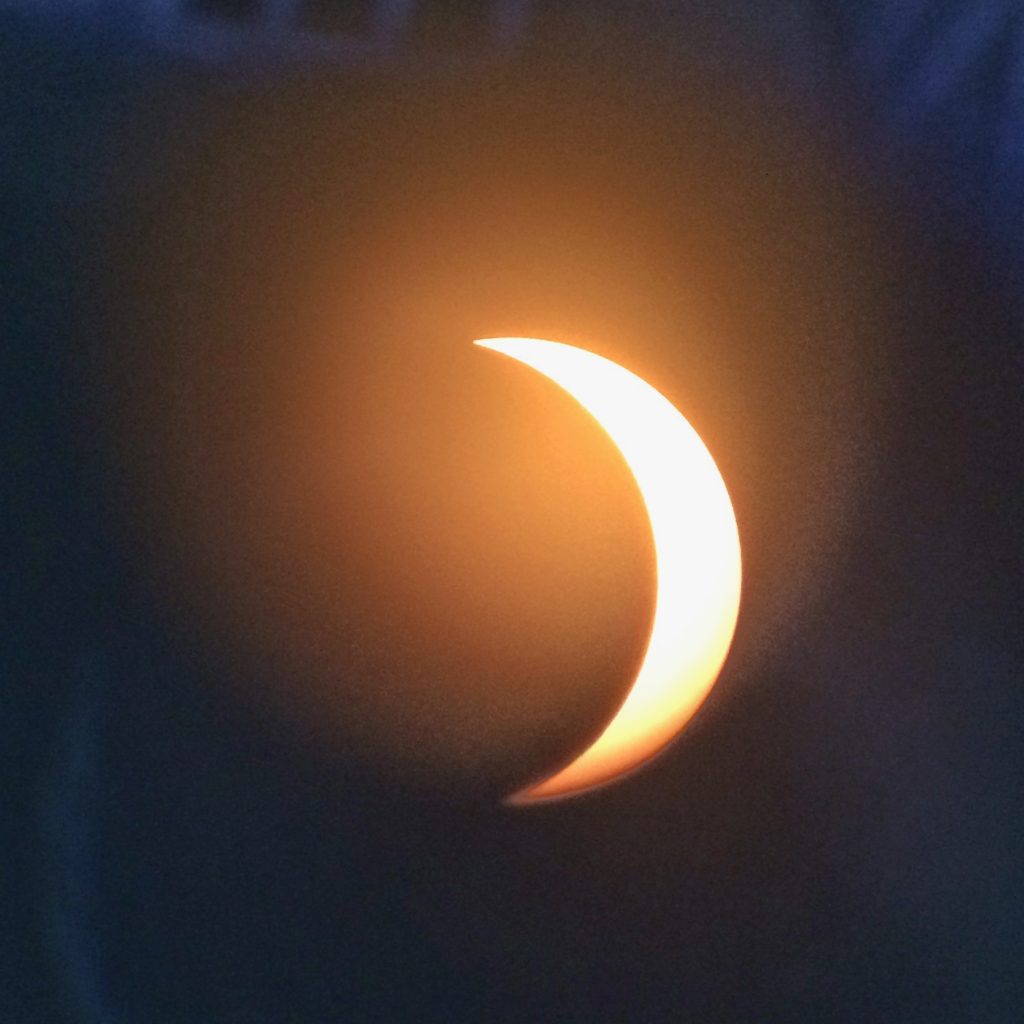 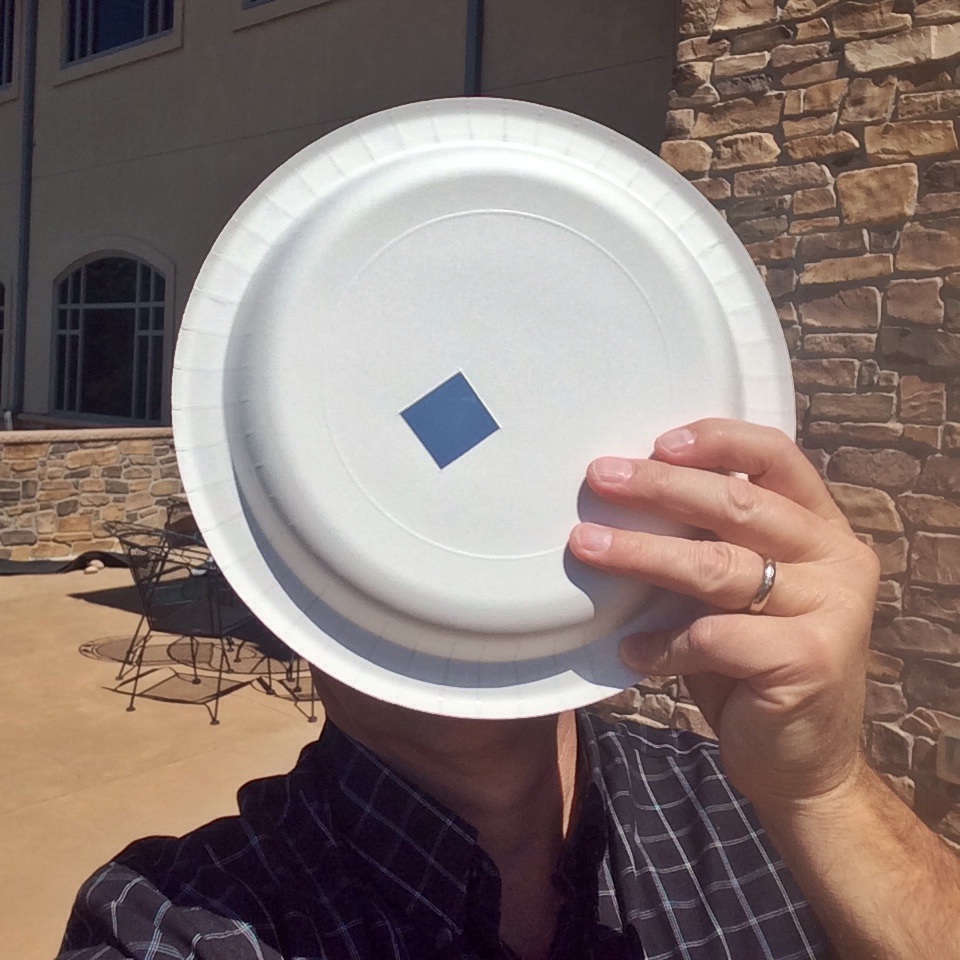 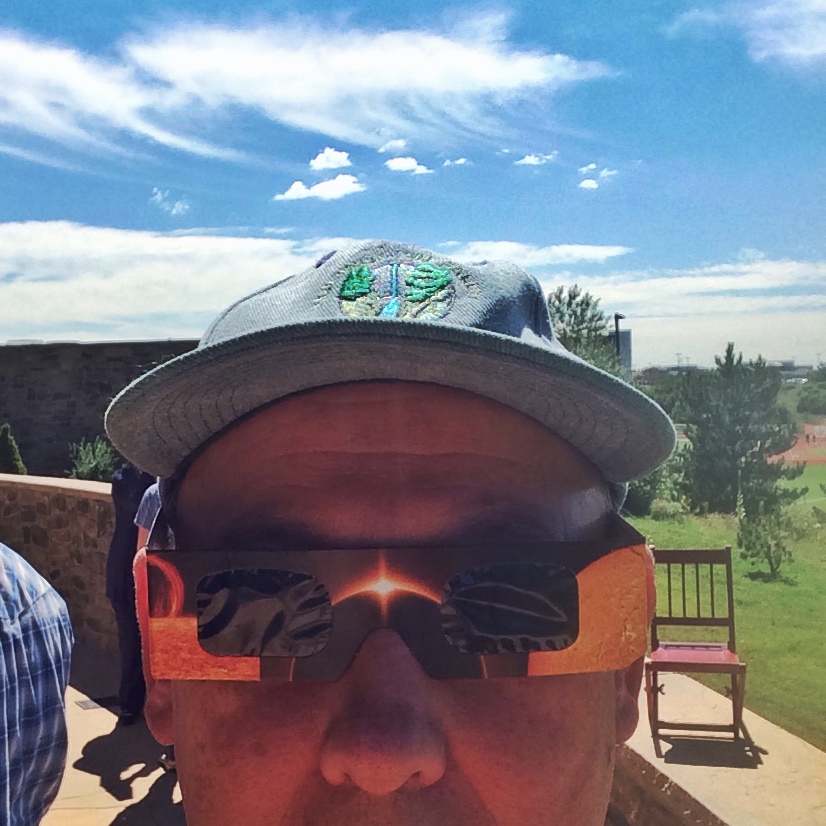 This was as good as it got in the Springs. 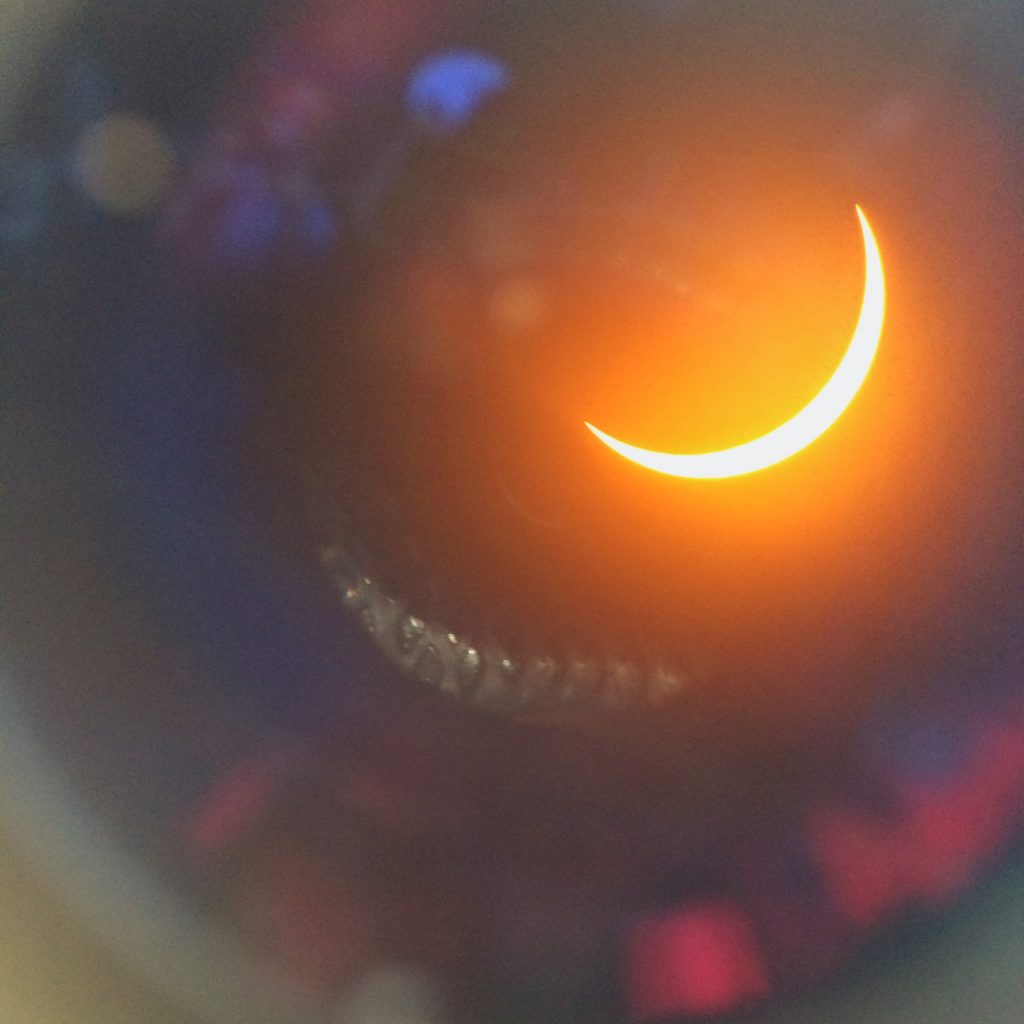 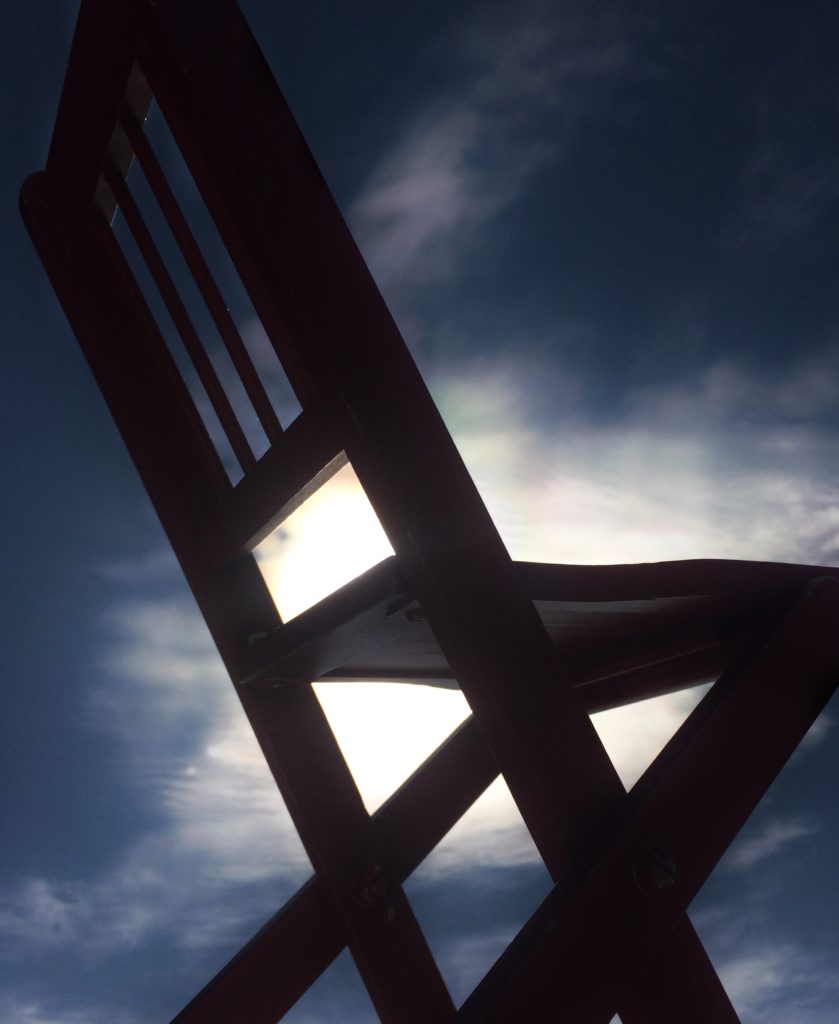 It was cool, but I wish I had made the effort to get to where it was total. The next one is in seven years. It crosses central Arkansas, and it’s on my birthday!

This entry was posted in Red Chair, The Sky. Bookmark the permalink.