I was standing on a dirt road high in the Wasatch Mountains of Utah. It was dark, and I was with a guy I’d met for the first time an hour before. We were looking for Flammulated Owls (next post). Tim was playing the calls of the owl and listening for a response. He told me to get my camera ready. While I was fumbling with it, I caught some motion and looked up in time to see a squirrel land on the trunk of an alder tree, about 20 feet off the ground and maybe five feet away from where we stood. Tim shone his spotlight on it and I got a good look at it plastered against the trunk. While I brought my camera up to my eyes and tried to get a picture, the squirrel scurried around the trunk and climbed out on a limb. All I managed to capture was a gray blur. I didn’t even see it as it jumped and soared to another tree. 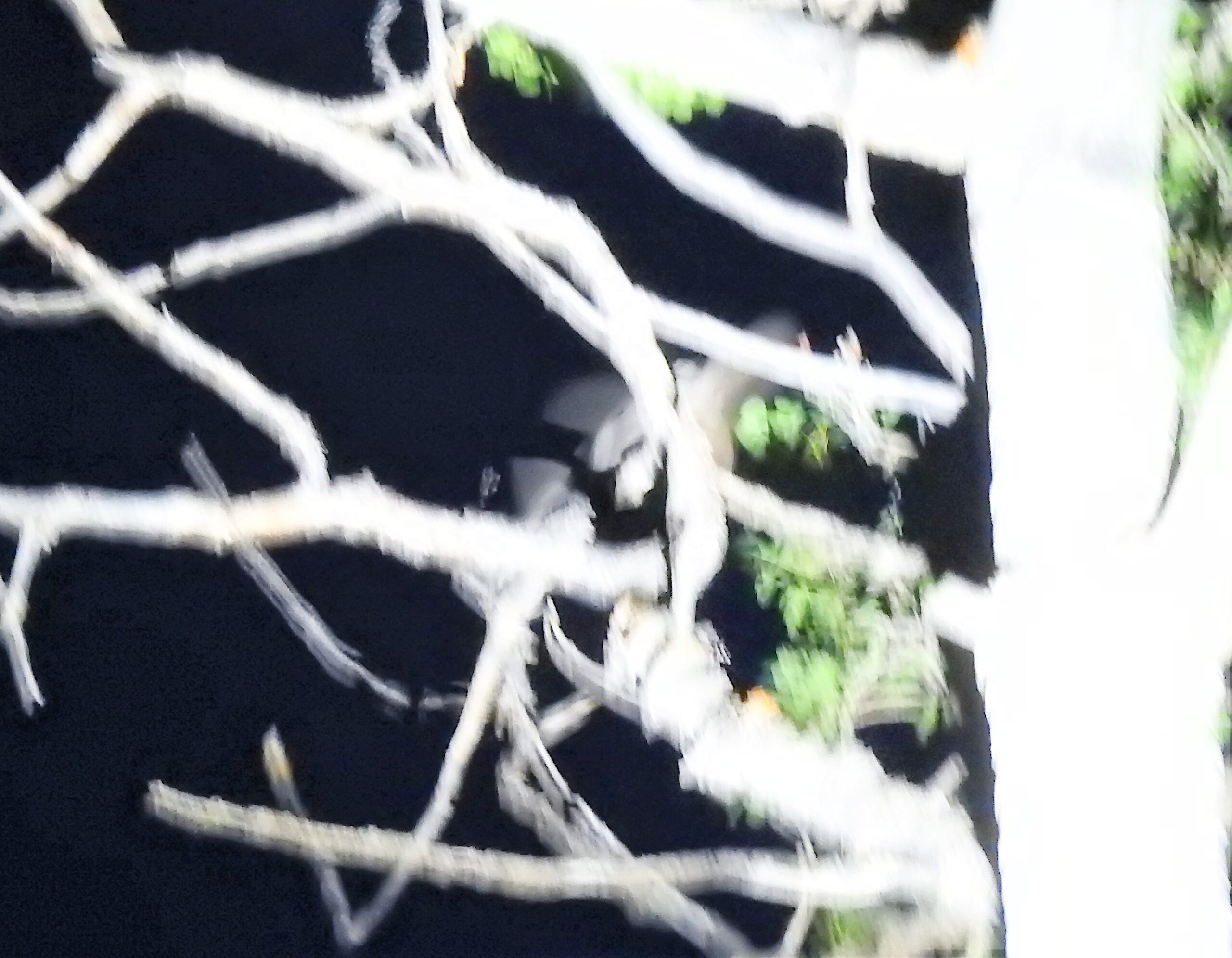 Tim was very excited. He said it was just the fourth flying squirrel he’d seen in 15 years of owling. He also said he thought the squirrel showed up in response to the owl calls, but I forget why he thought that was the case.