We spent six nights at Sylvan Lake Lodge in Custer State Park. The lodge was nice — situated on a hill above the lake surrounded by towering rock formations, centrally located in the Black Hills. Our room, not so much. It was tiny, barely 12×12 with a small bed with a hard mattress. There was only one chair, and that one wasn’t very comfortable, so lounging in the room was unpleasant. About halfway through the week we “borrowed” a chair from the hallway lounge and that improved things a little bit, although it also made the room even more crowded. There was a cozy lobby with comfortable chairs and mounted animal heads and an artist-in-residence, but it doubled as the bar and was always packed with people drinking. 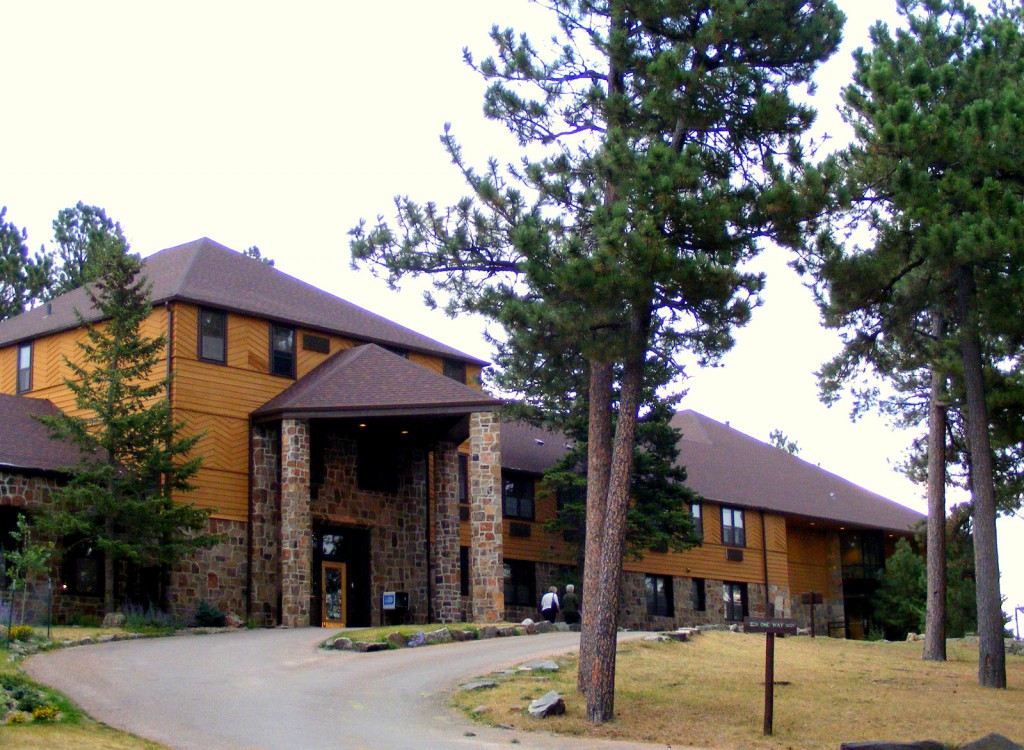 The view of Sylvan Lake from our room. The one afternoon that we spent any amount of time in the room, we had the window open. Somebody was playing Mozart’s “Rondo alla Turca” at full volume, which was a bit incongruous, but pleasant. 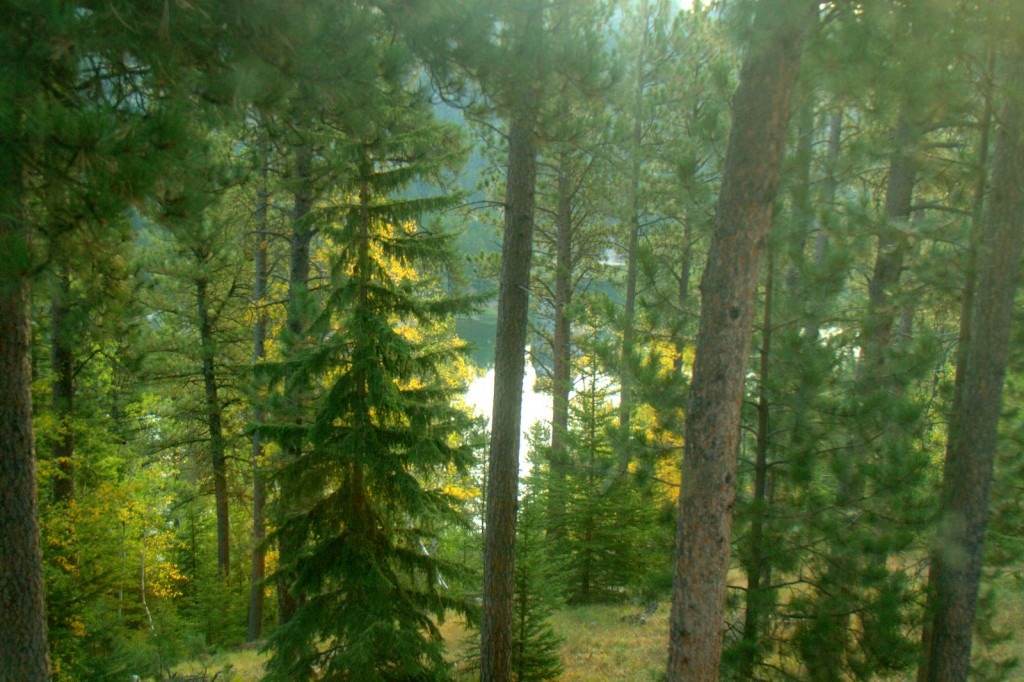 I took my first walk around the lake on Wednesday afternoon. It was overcast and a bit raw, but except that it made my photos dark, I didn’t care. 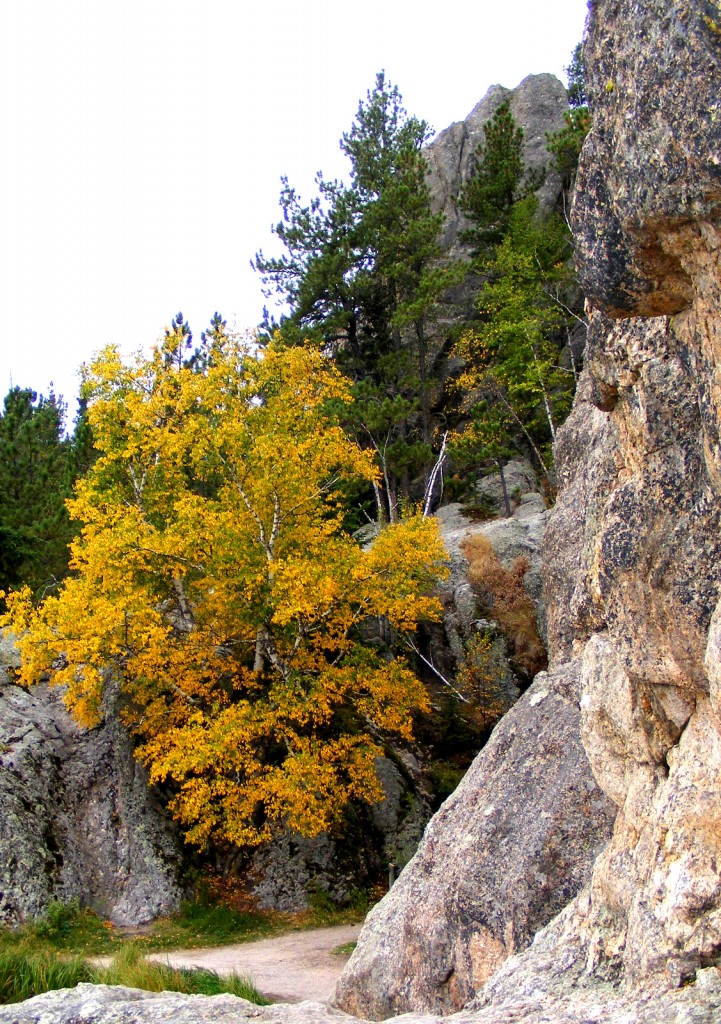 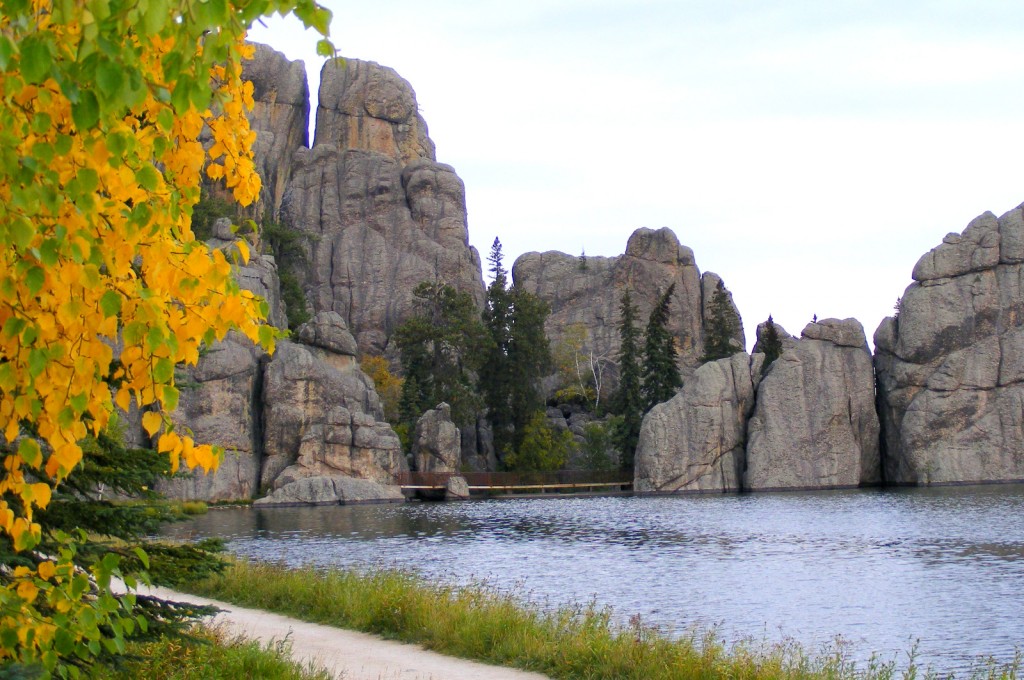 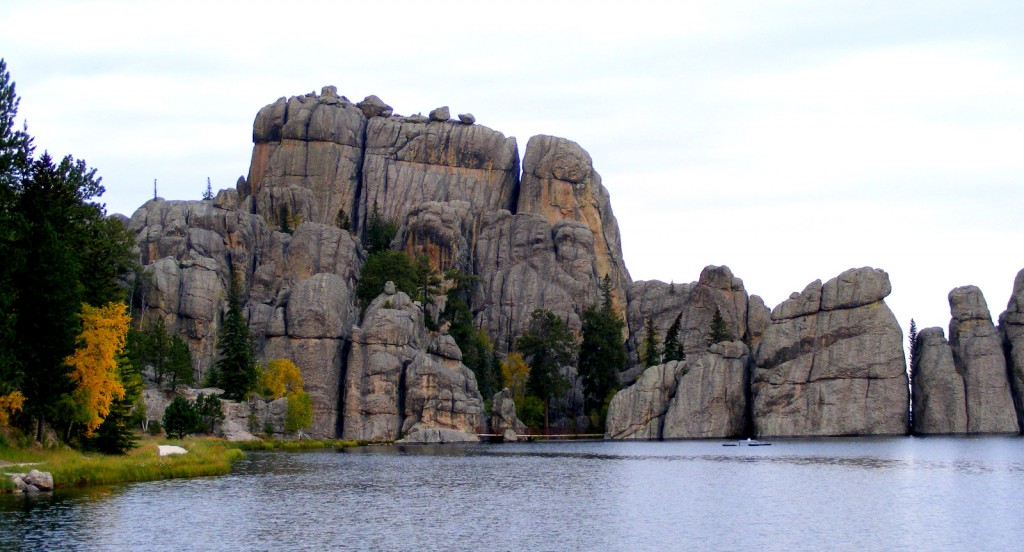 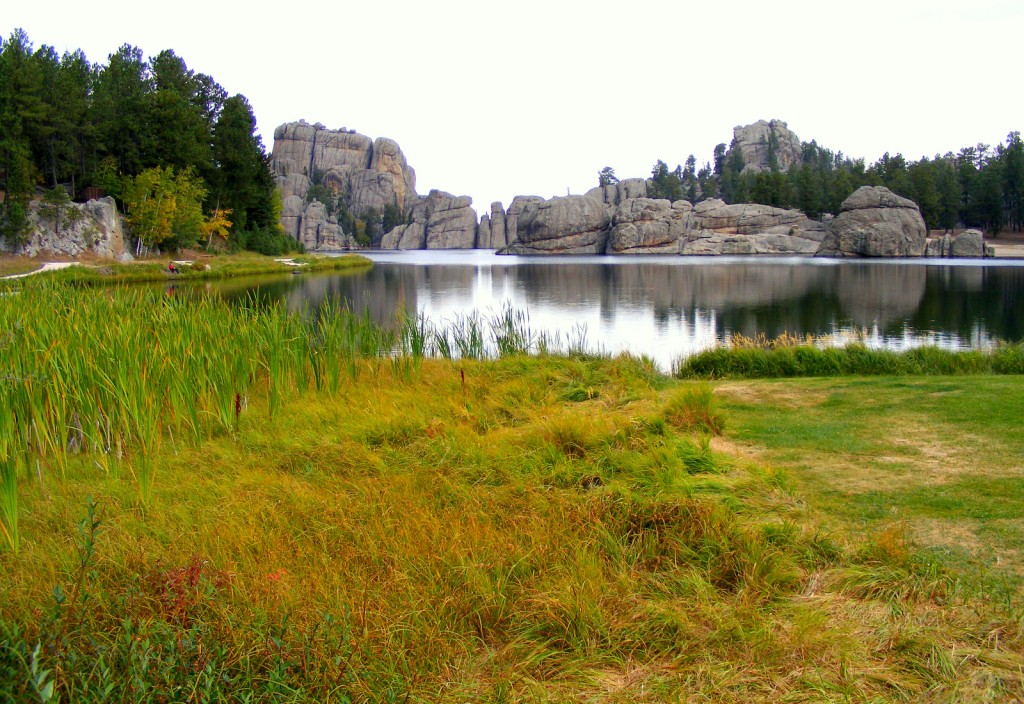 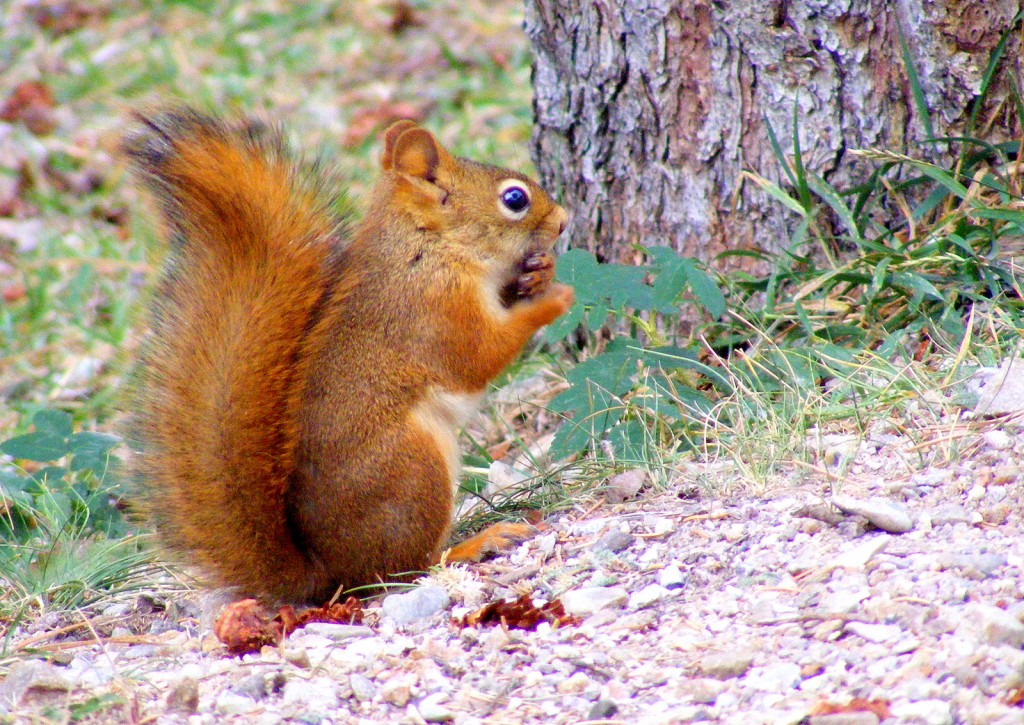 On Thursday morning, I wandered around by the lodge while waiting for friends to arrive (after driving all night from Chicago).  Later in the week, we discovered that the lodge was only a mile or so from the main rock formations along the Needles Highway. Many of the same sort of formation could be found around the lake. The concrete dam that formed the lake was wedged between two of these formations. 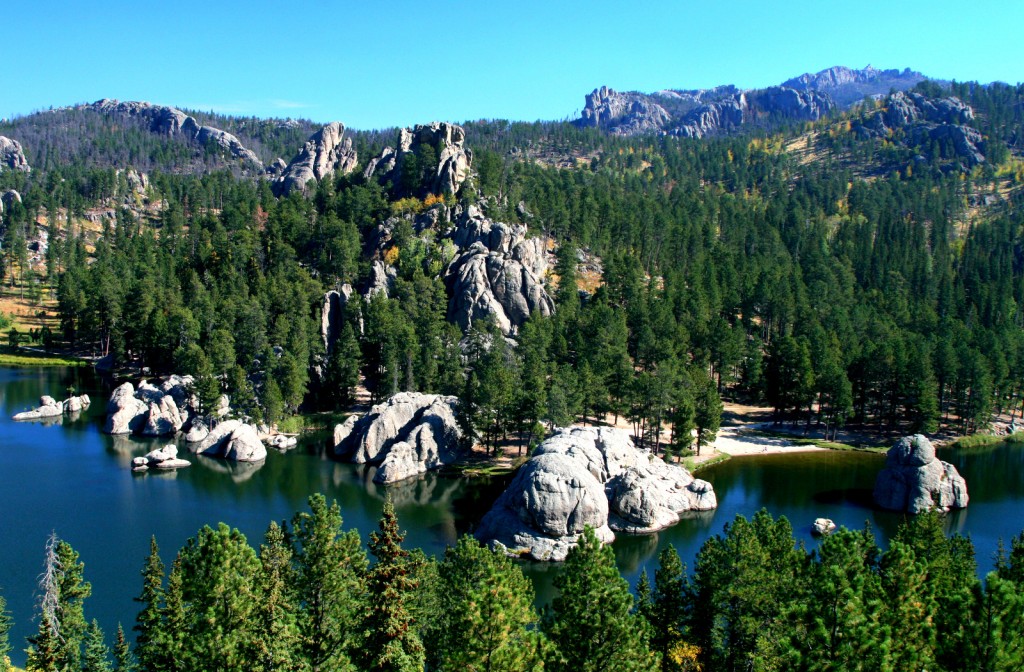 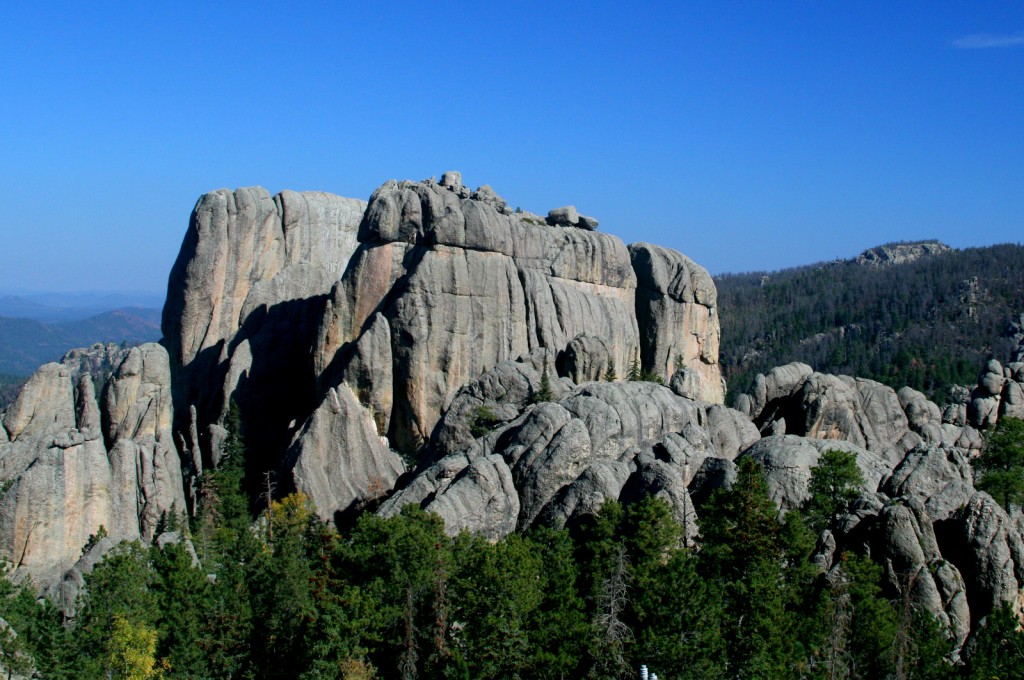 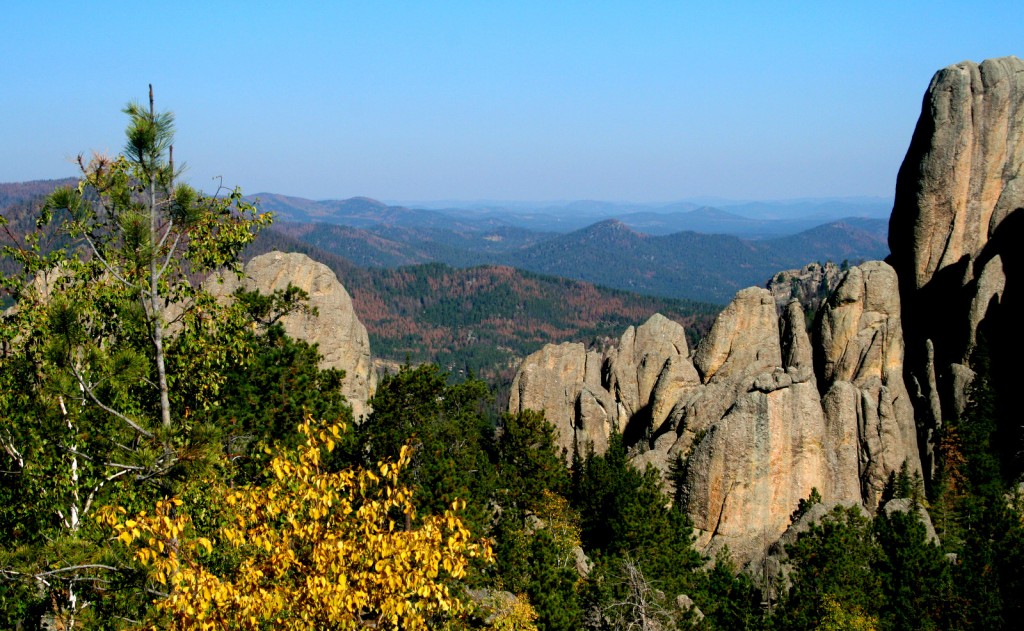 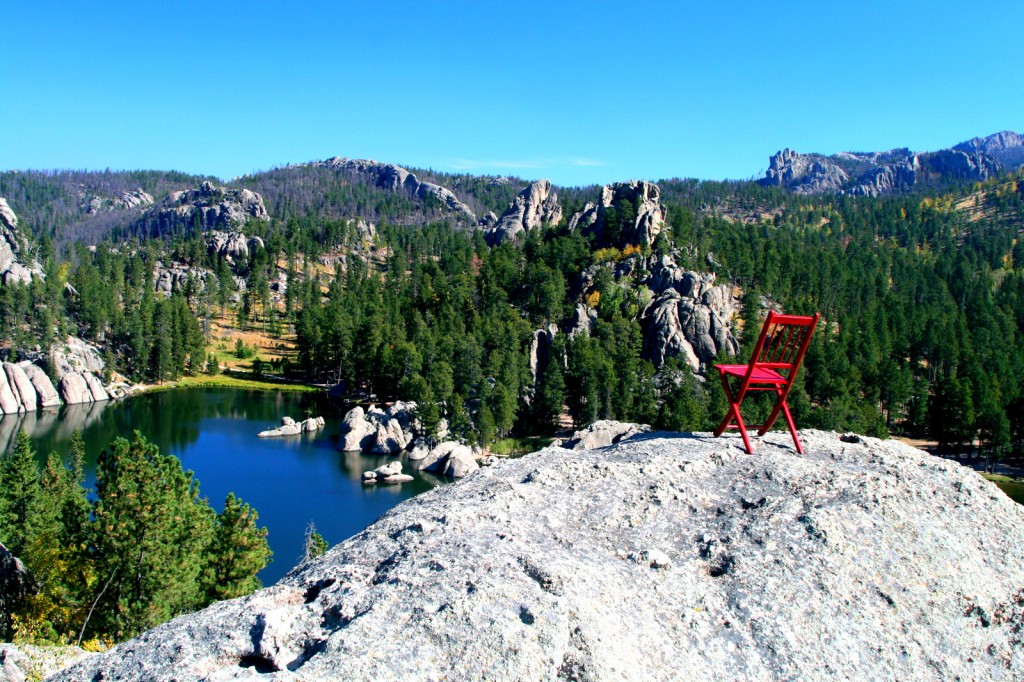 On Sunday morning, we strolled around the lake. It was a beautiful day, but somewhat crisp and with a sharp breeze. There was a wedding taking place, and the bride was freezing in her sleeveless dress. Moments after I took this photo, her father stood up and gave her his suit jacket to wear. 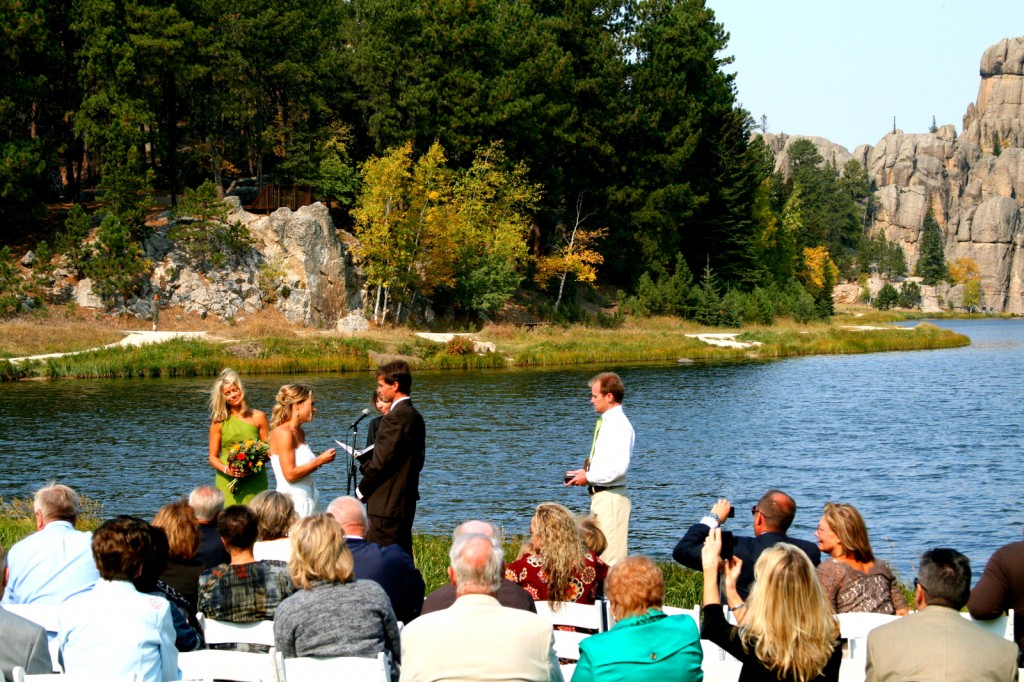 The wedding party had the reception, and stayed overnight, in the lodge. They were complaining about the cold and trying to get the staff to light a fire in the fireplace, but since the entire area was suffering from extreme drought, there was a strict no-fire policy. 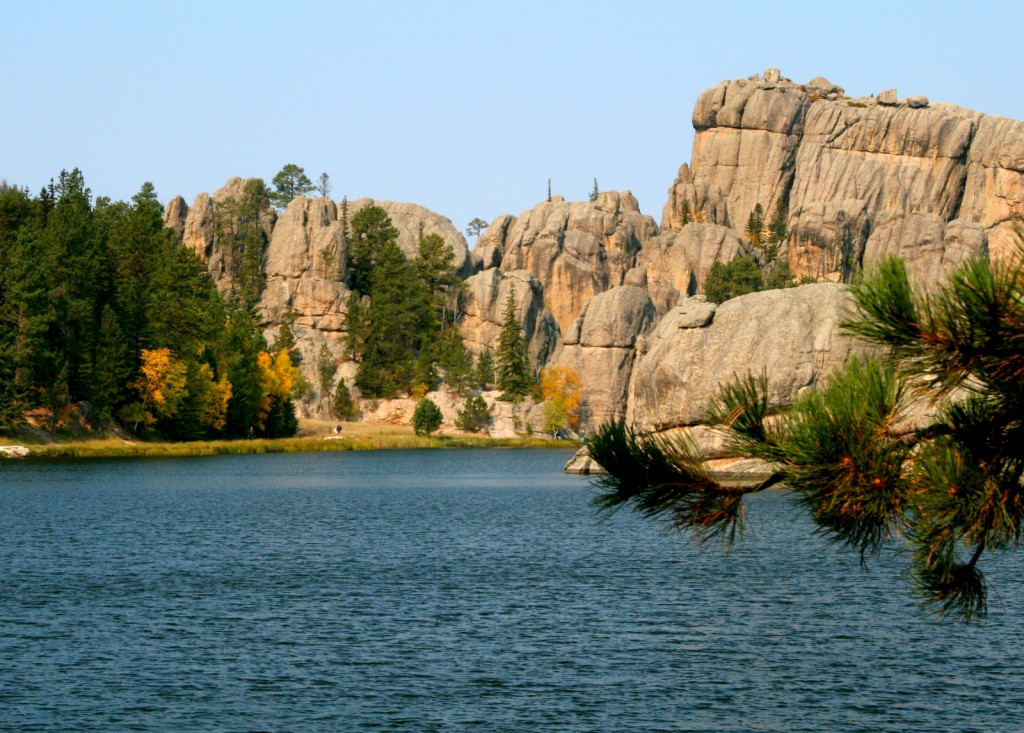 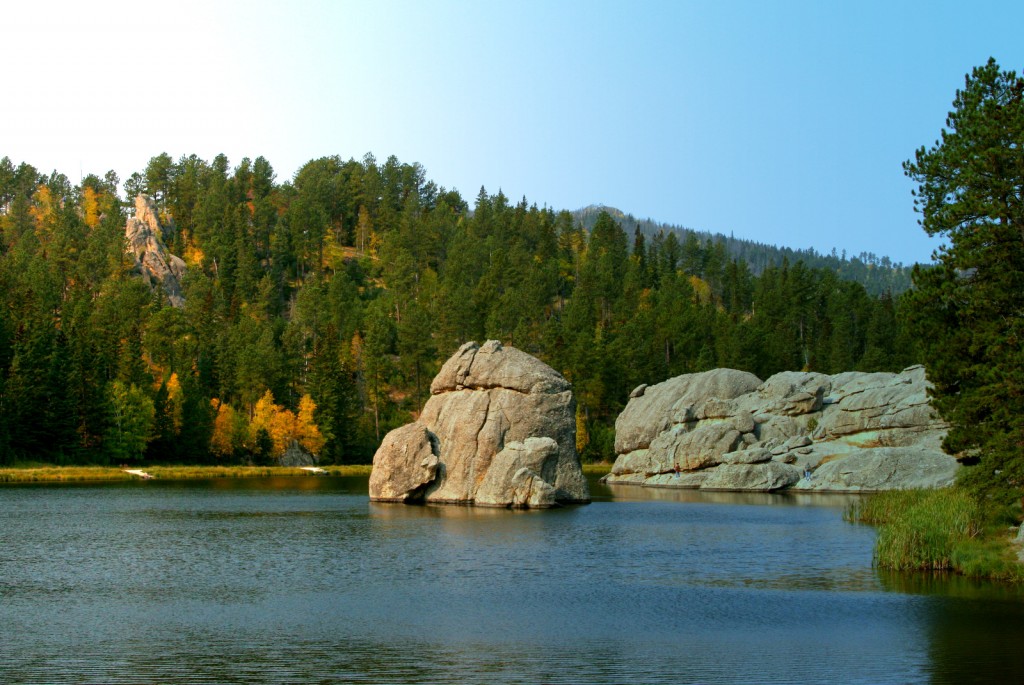 The dam is visible in the next photo, a bit to the right of the yellow tree. There’s a narrow walkway with a railing on the top of it. 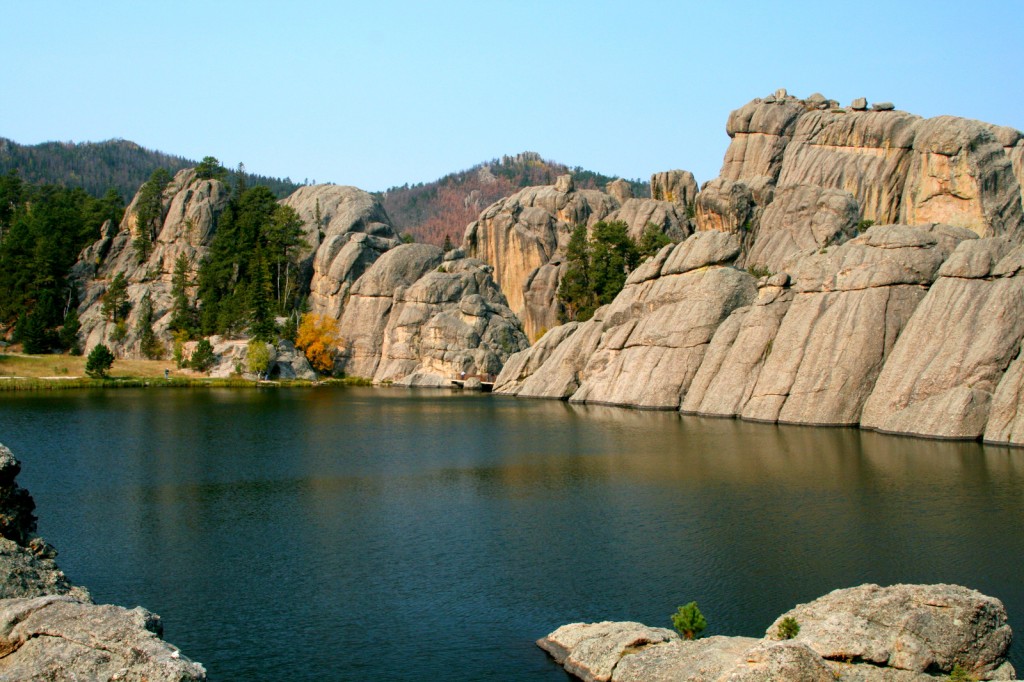 When it reaches that end of the lake, the path climbs the rocks, then dips down below the dam. The lake is reached again through this natural crack in the rocks. 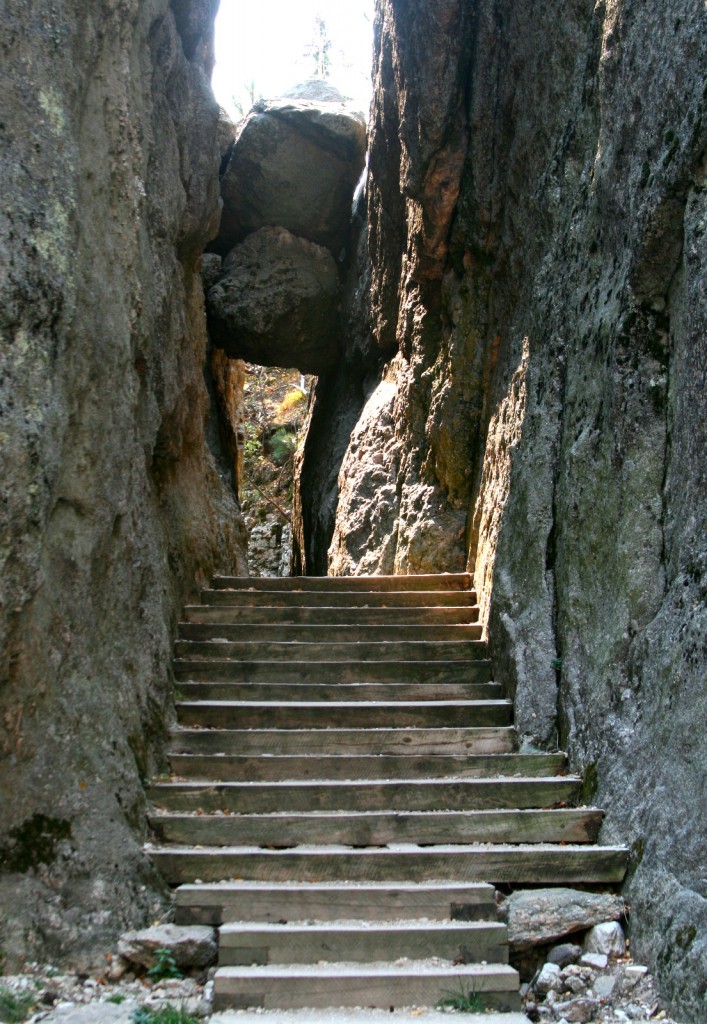