Tuba Christmas and the Festival of Lights Parade

We spent the first Saturday evening in December in downtown Colorado Springs to see the Christmas festivities. First came Tuba Christmas—115 local tuba players who had just gotten together a couple hours earlier to practice. It’s not really about the music. 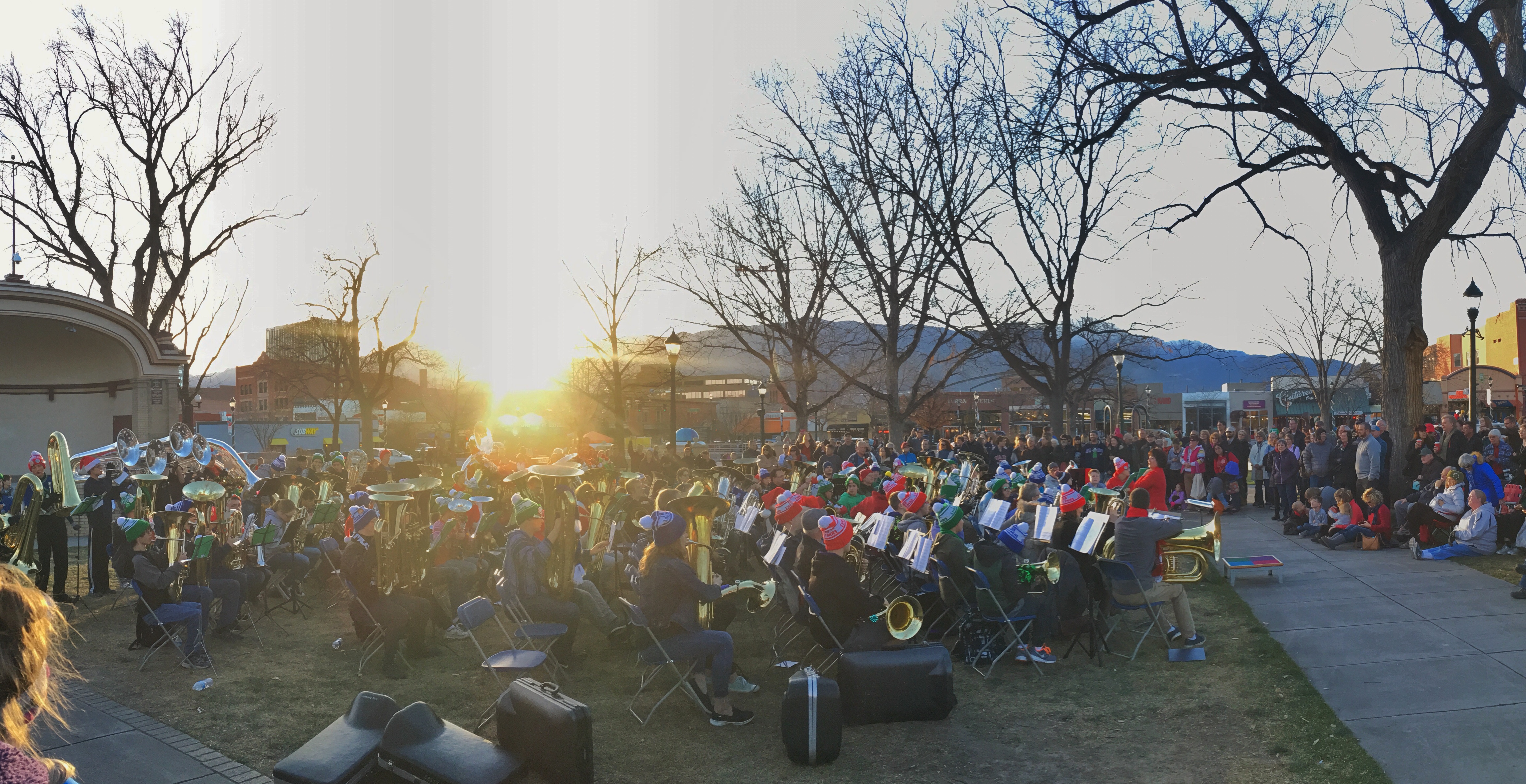 As you can see, the weather was pleasant and the view was nice. 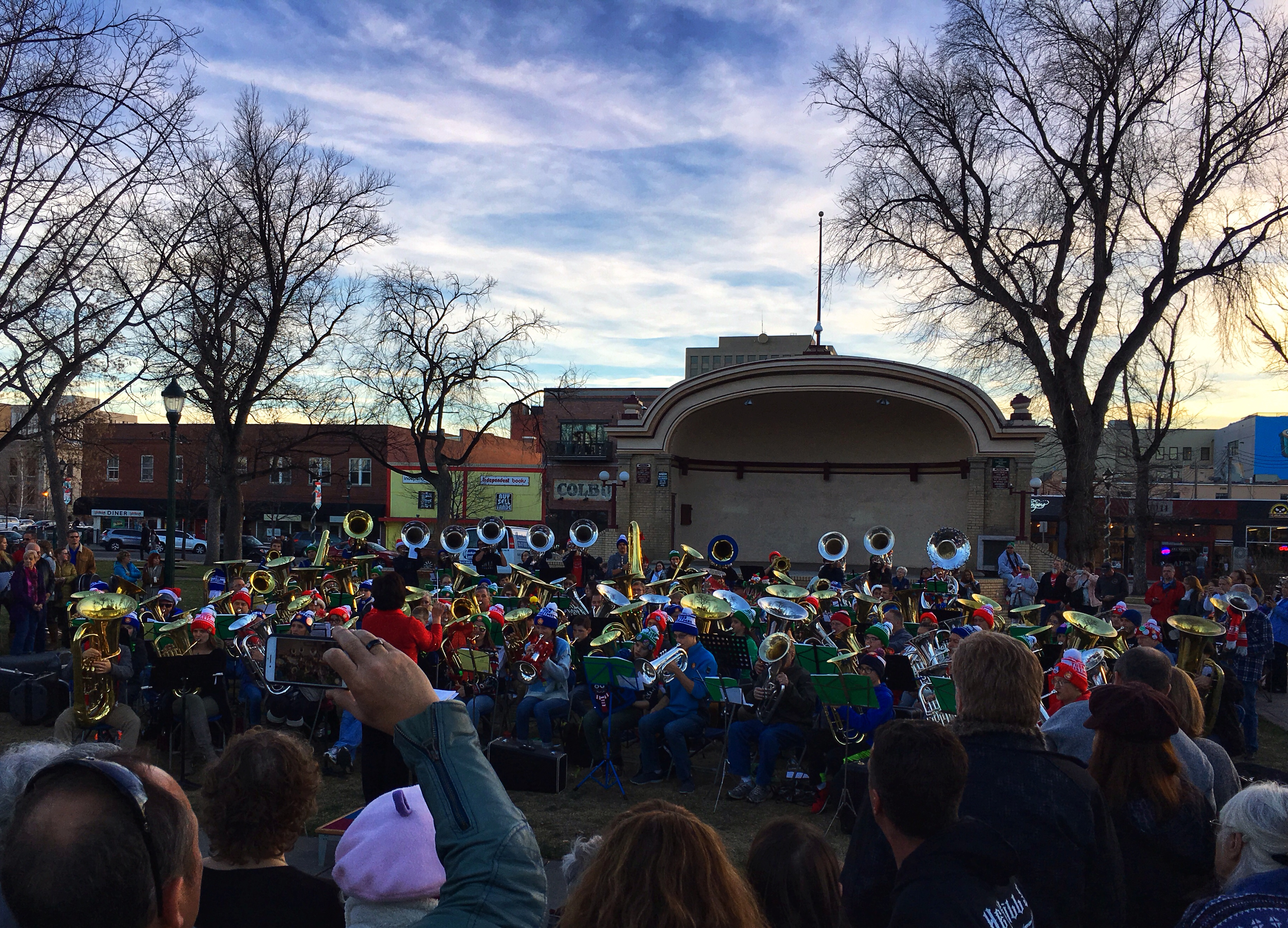 We had about an hour to kill before the next round of festivities. We hung out in an Einstein Bros. and watched people walk by. 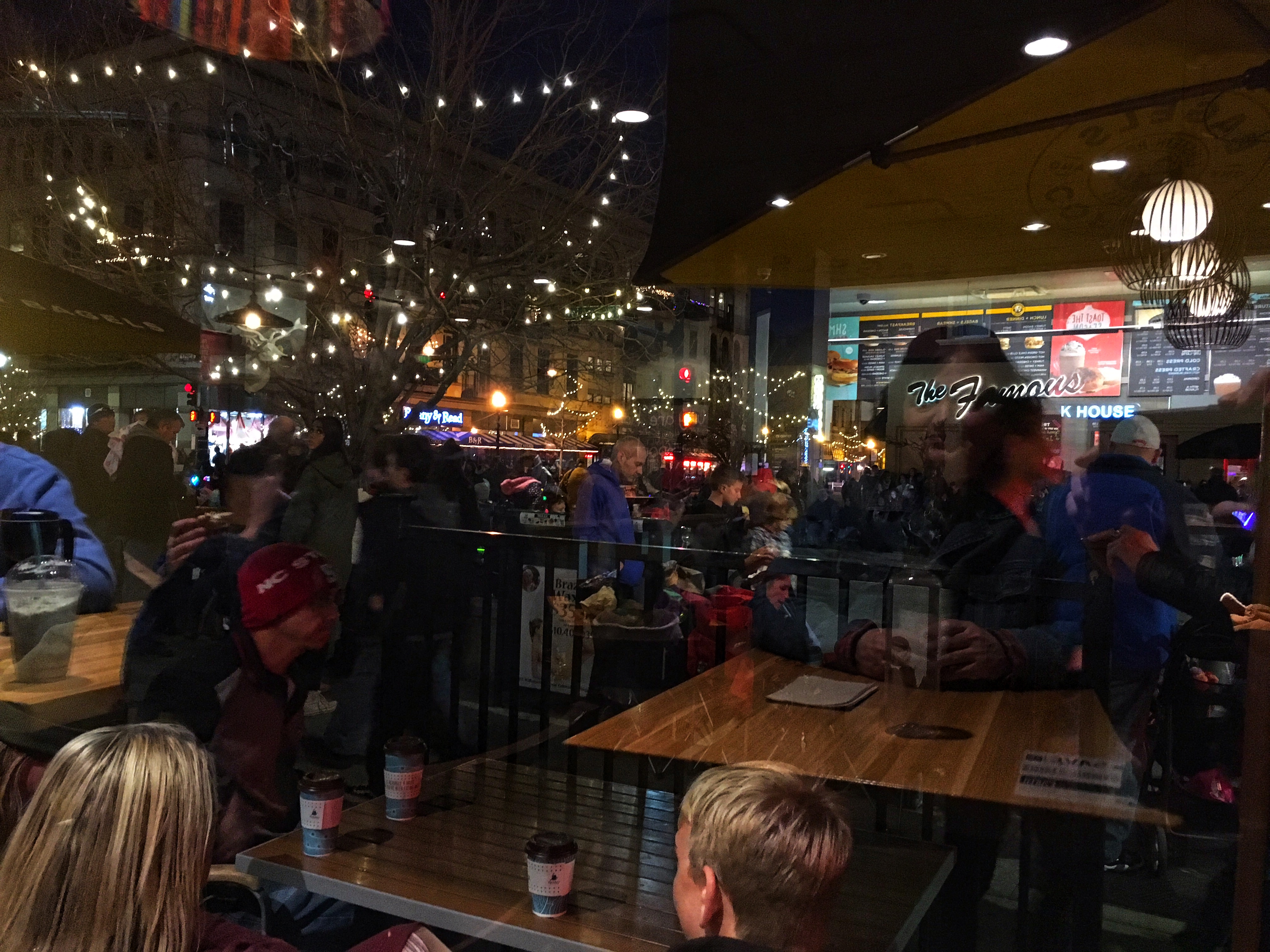 As parade time approached, I went outside and secured our spot next to a lamppost.

And here’s the entirety of the Festival of Lights Parade. There’s no sound in a time-lapse movie, so I added some—a song that was playing on one of the floats.

Here are some stills from the video. Some of the bands were good. Some weren’t. The floats were a mixed bag also. In short, it was a typical small city Christmas parade, but watching it at night in a large crowd made it fun. The last float had Santa, and much of the crowd, us included, headed out into the street and followed him for a block or so. 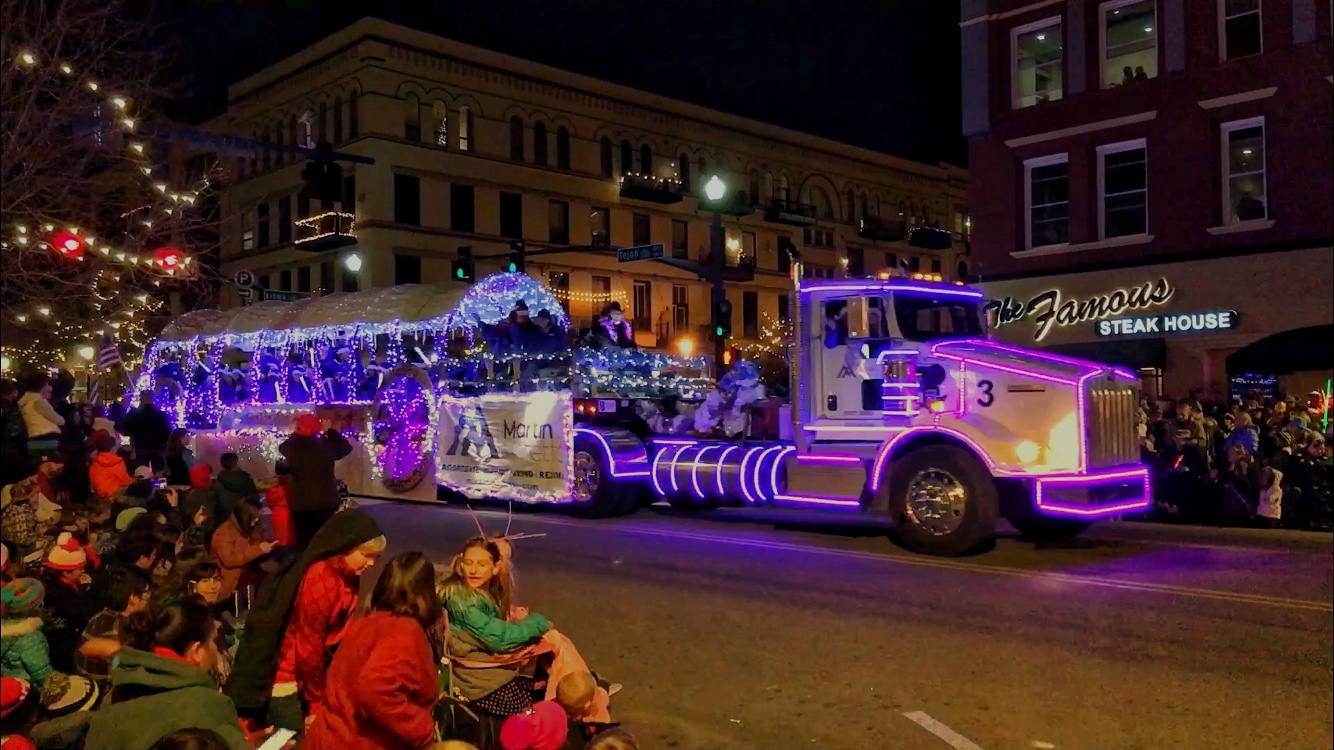 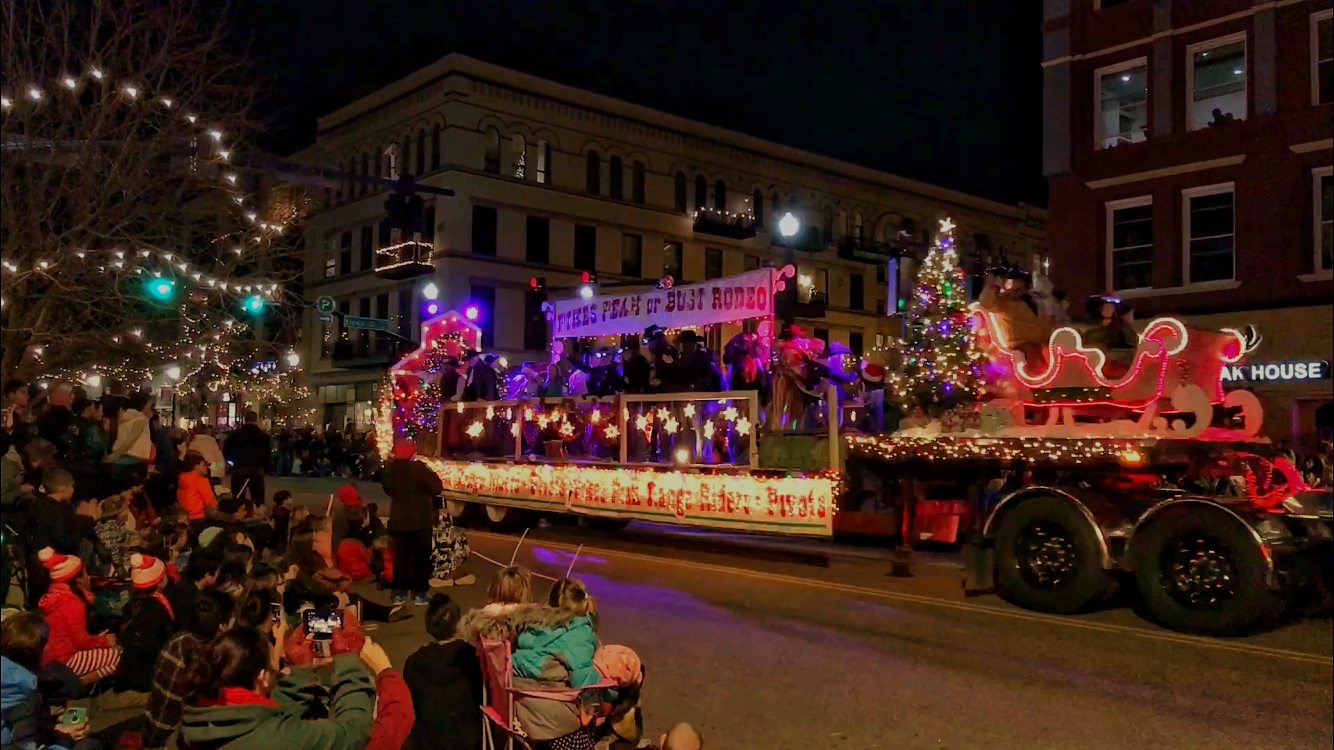 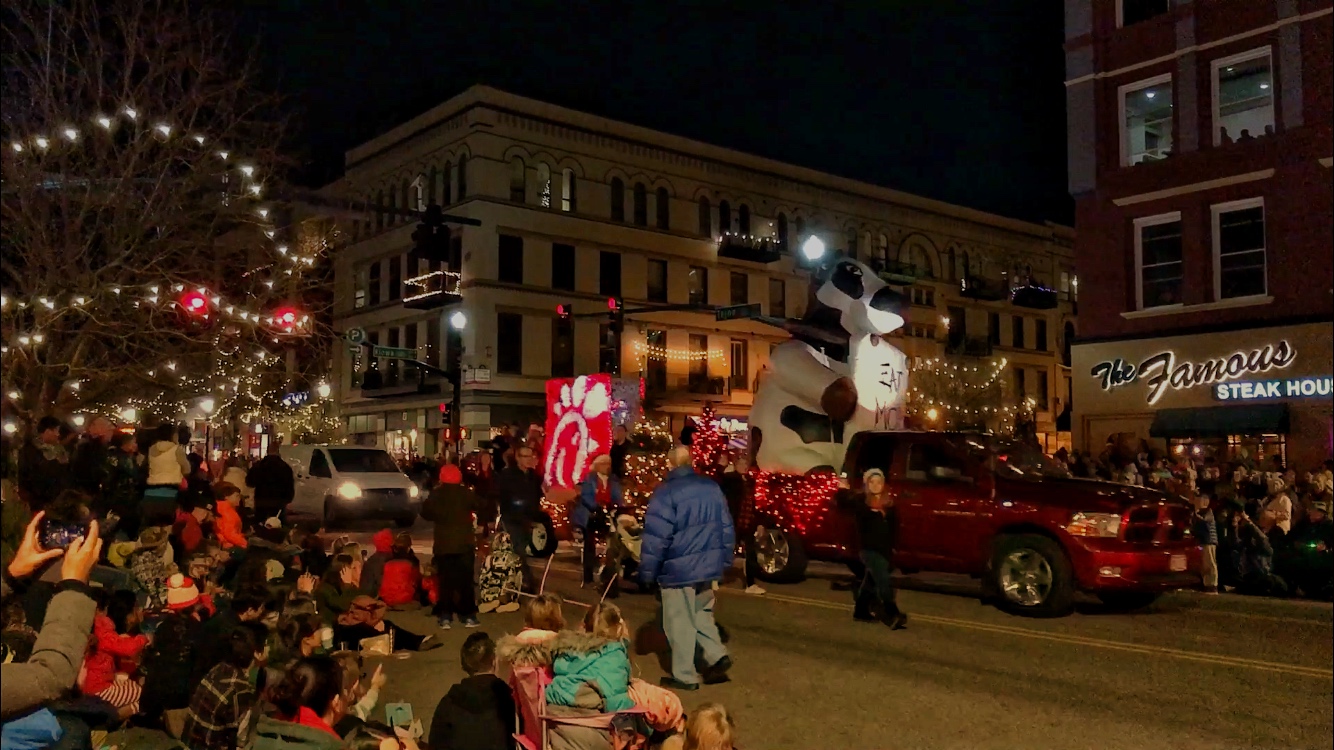 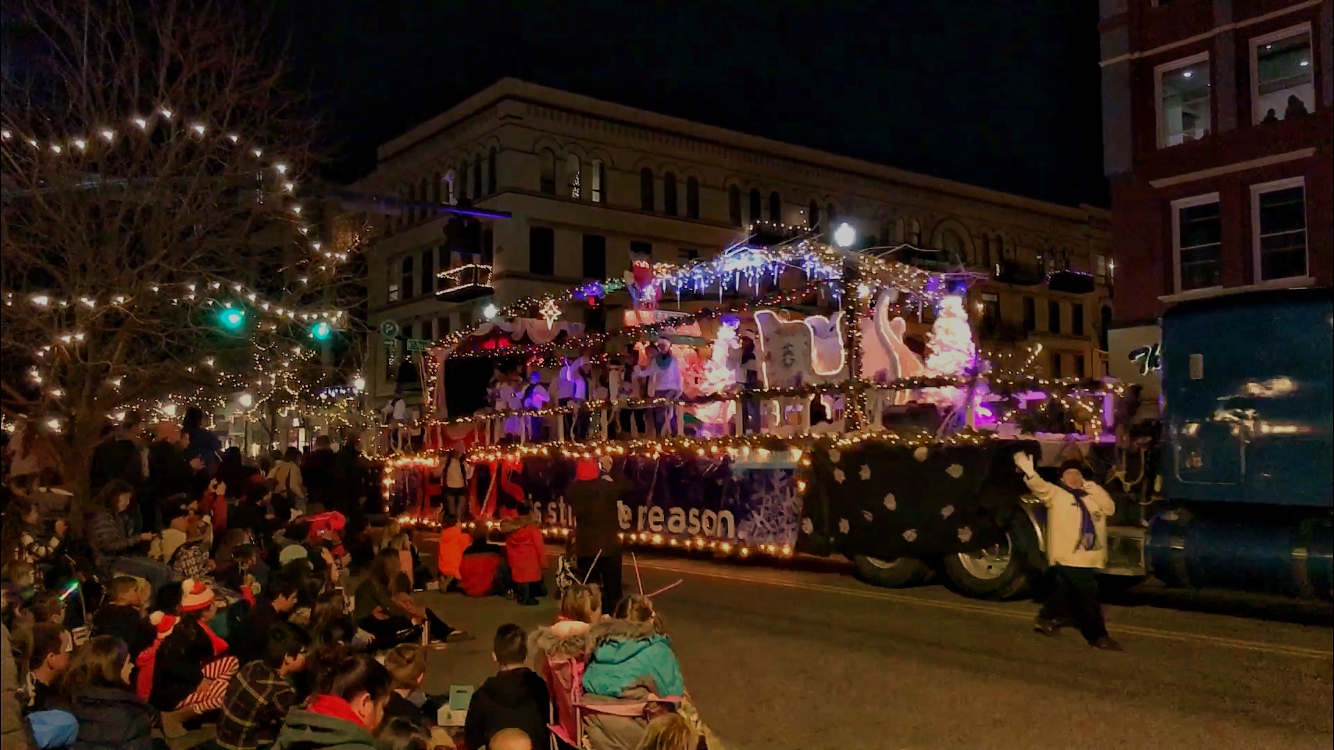 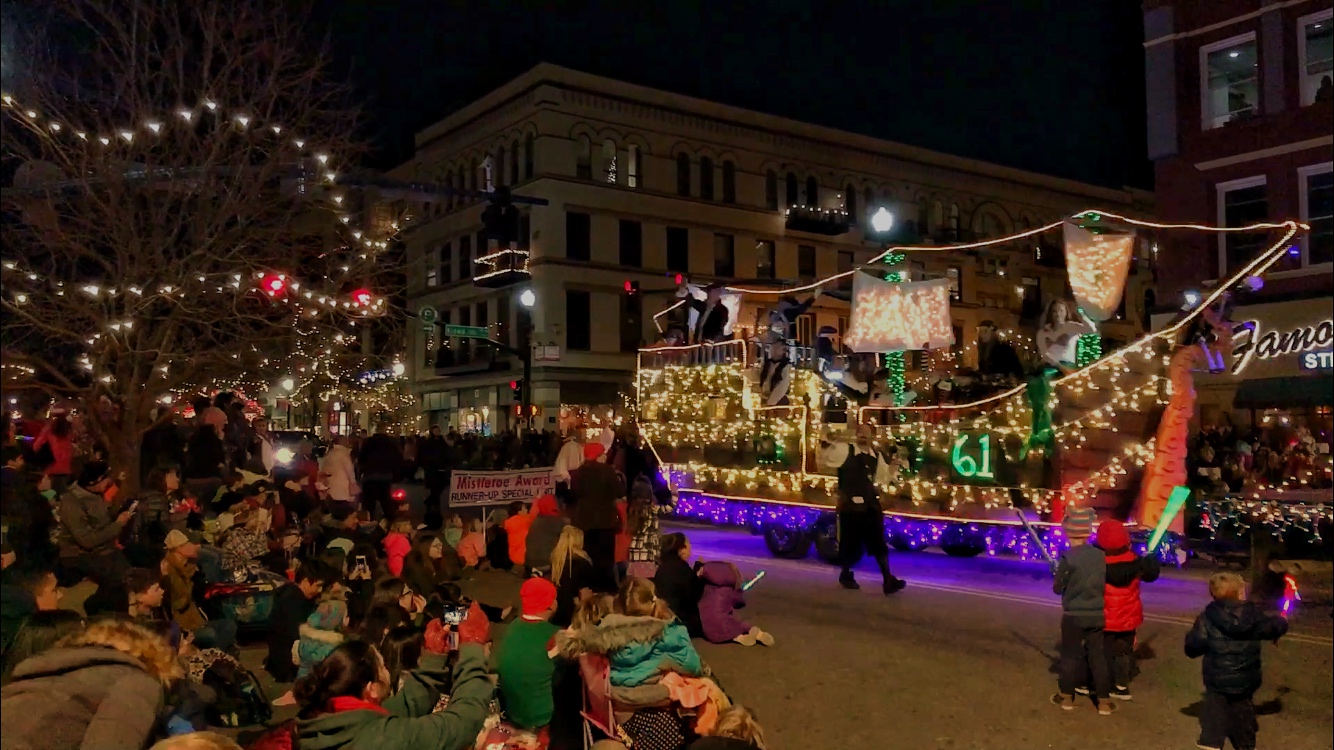 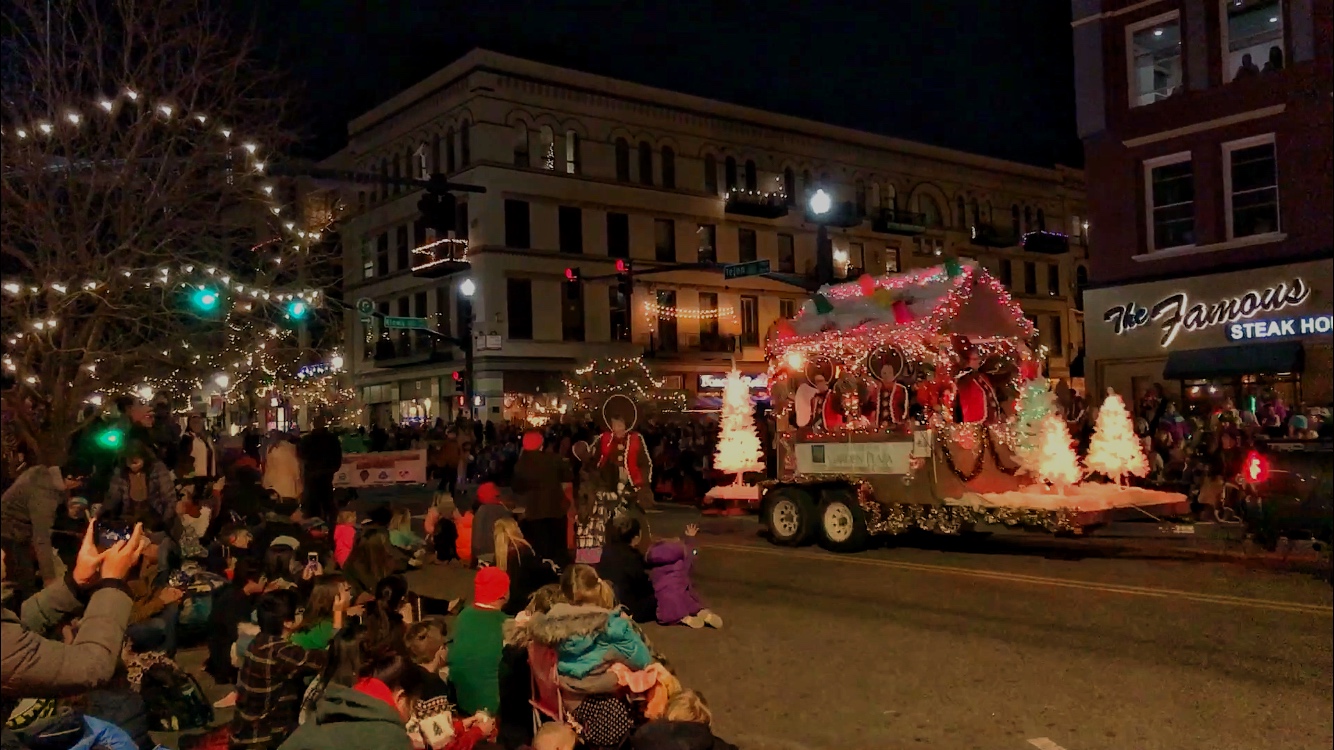 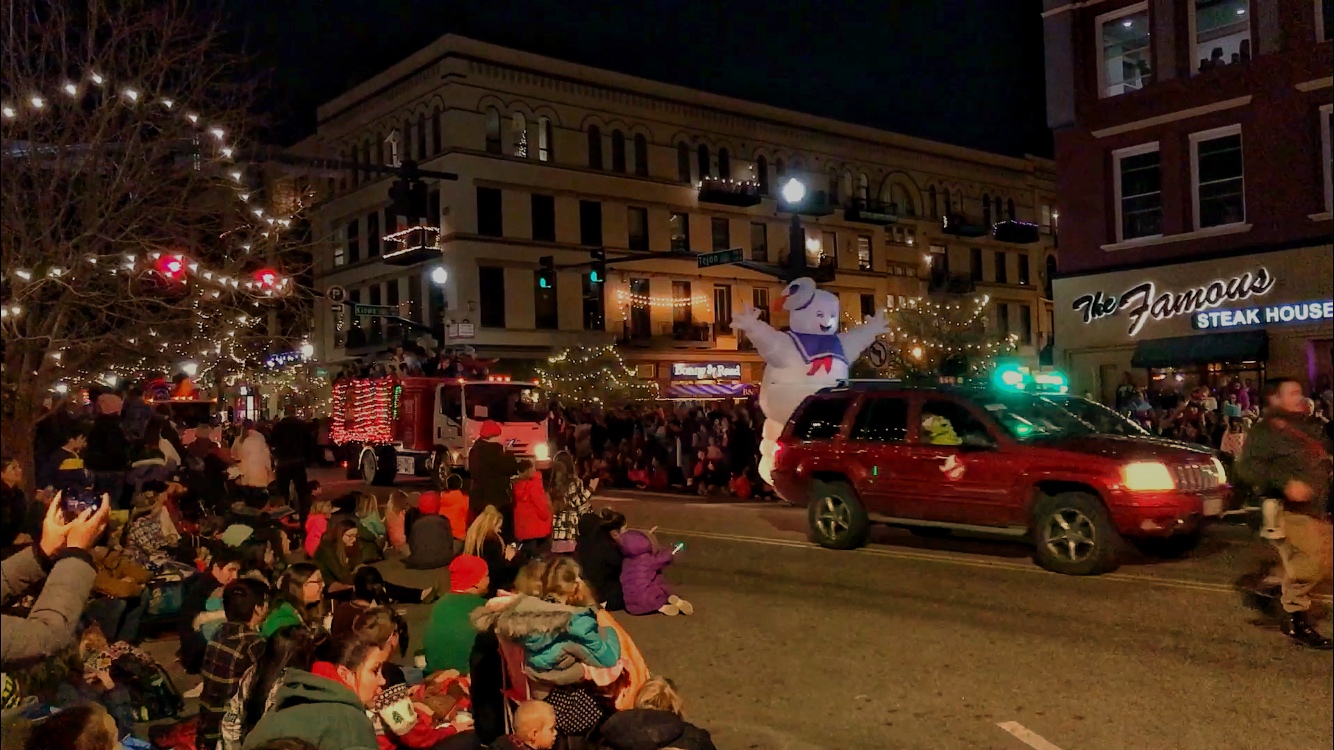 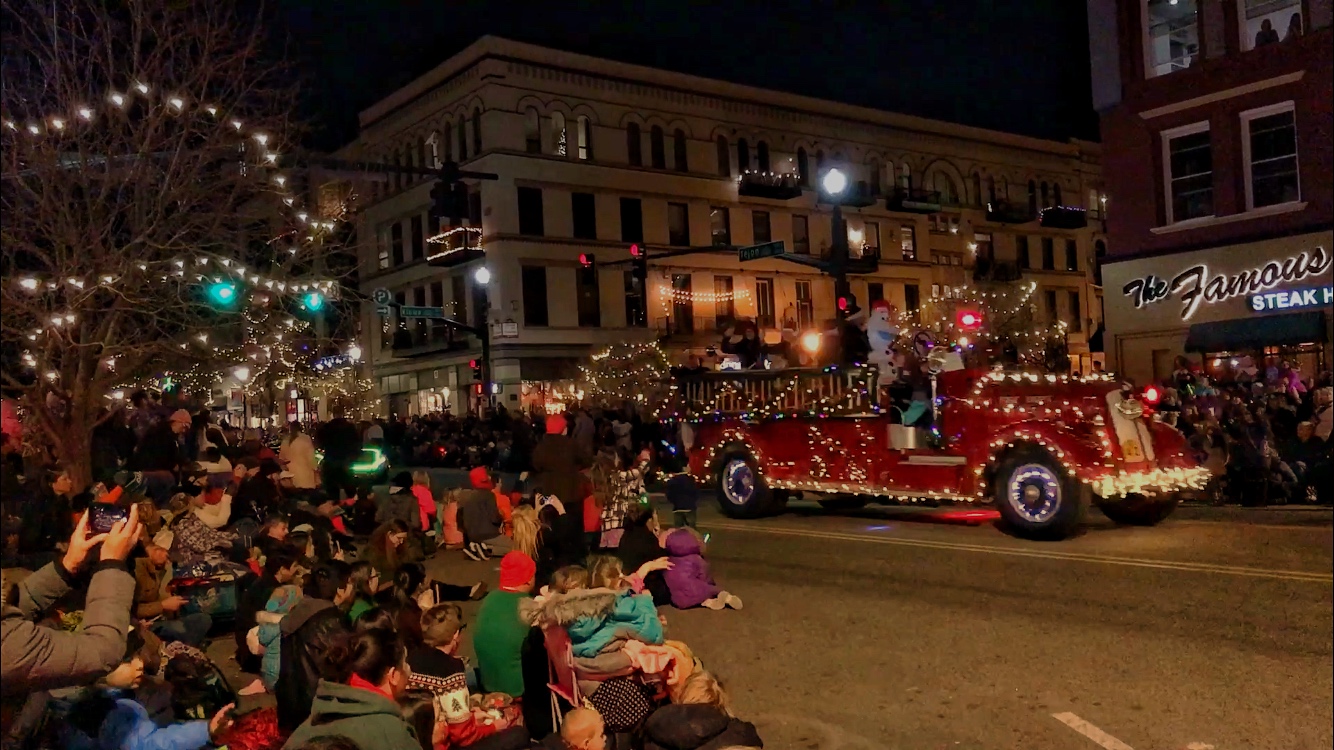 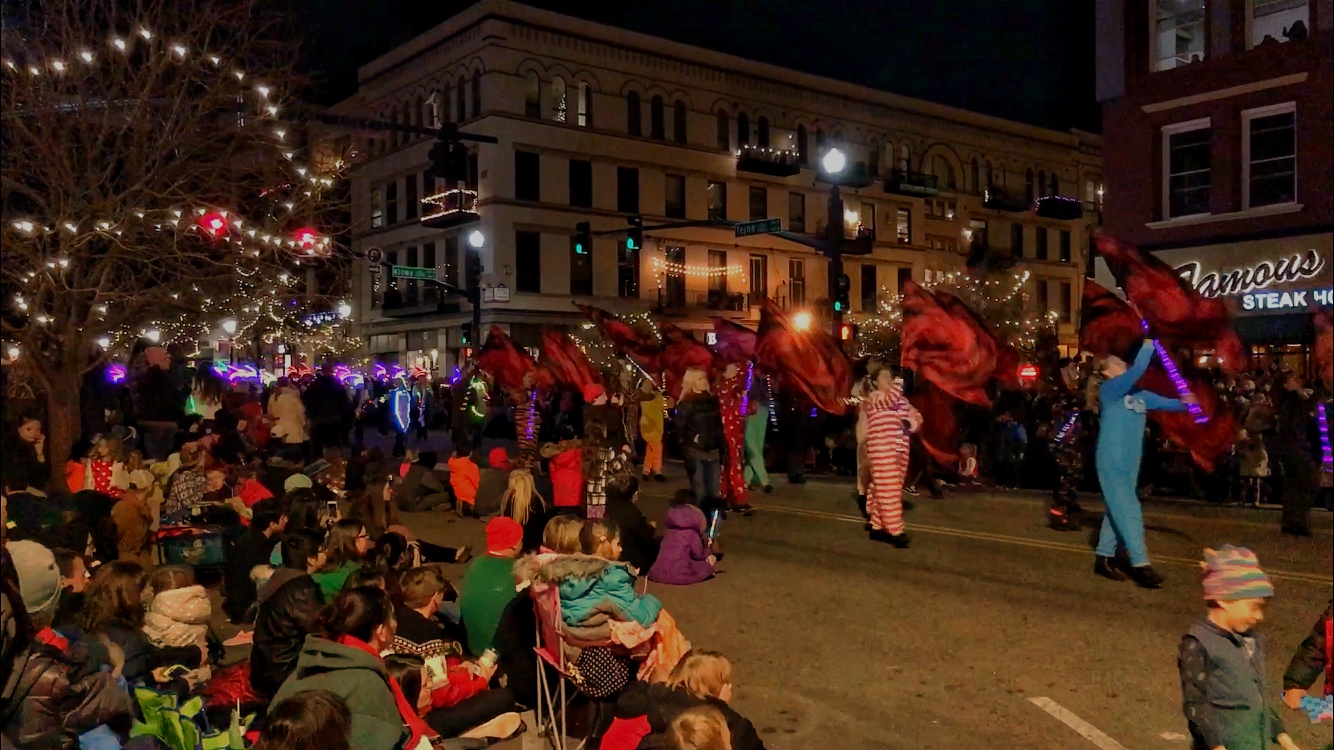 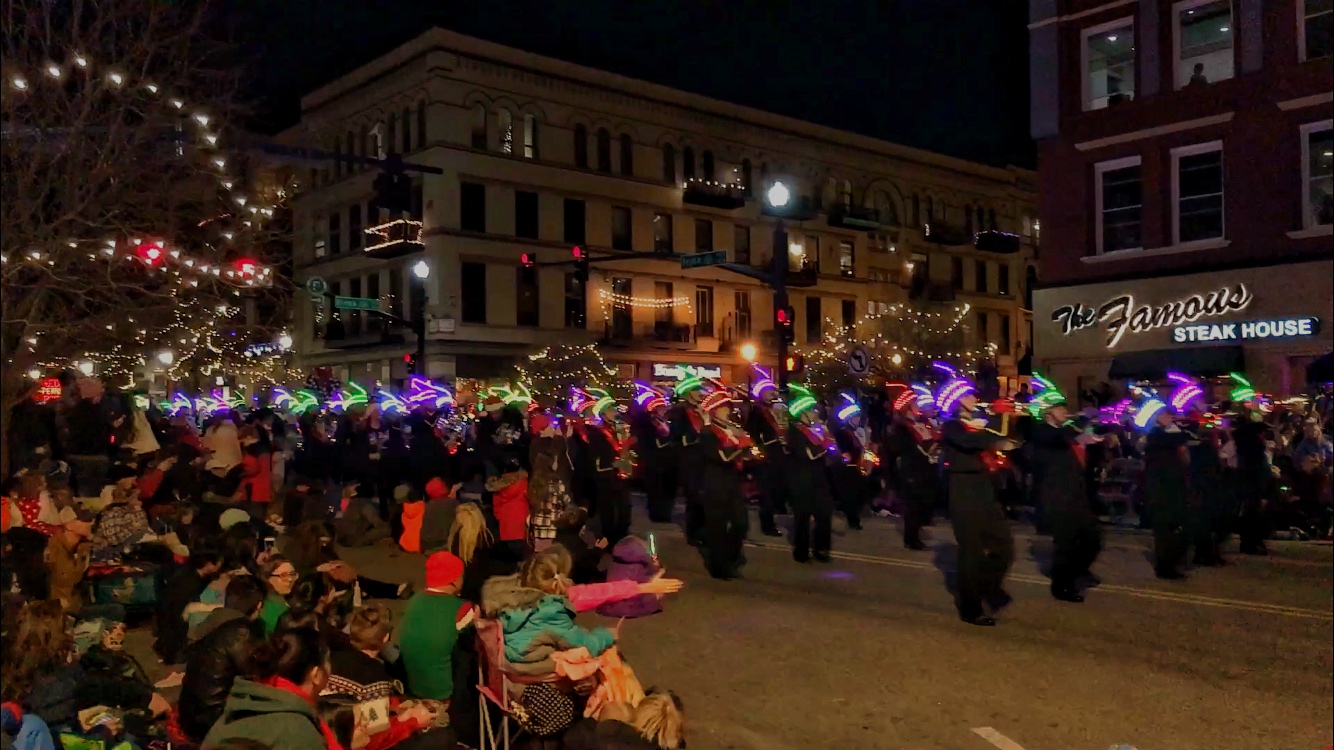 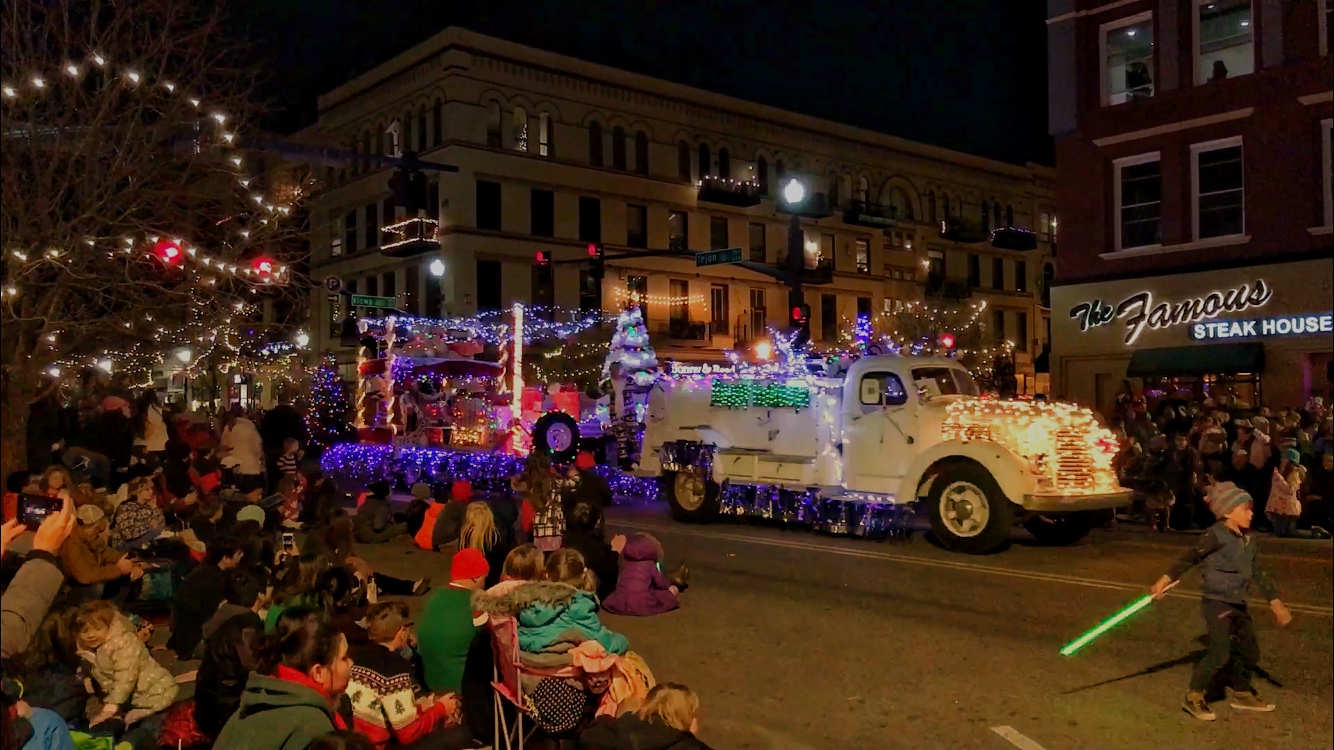 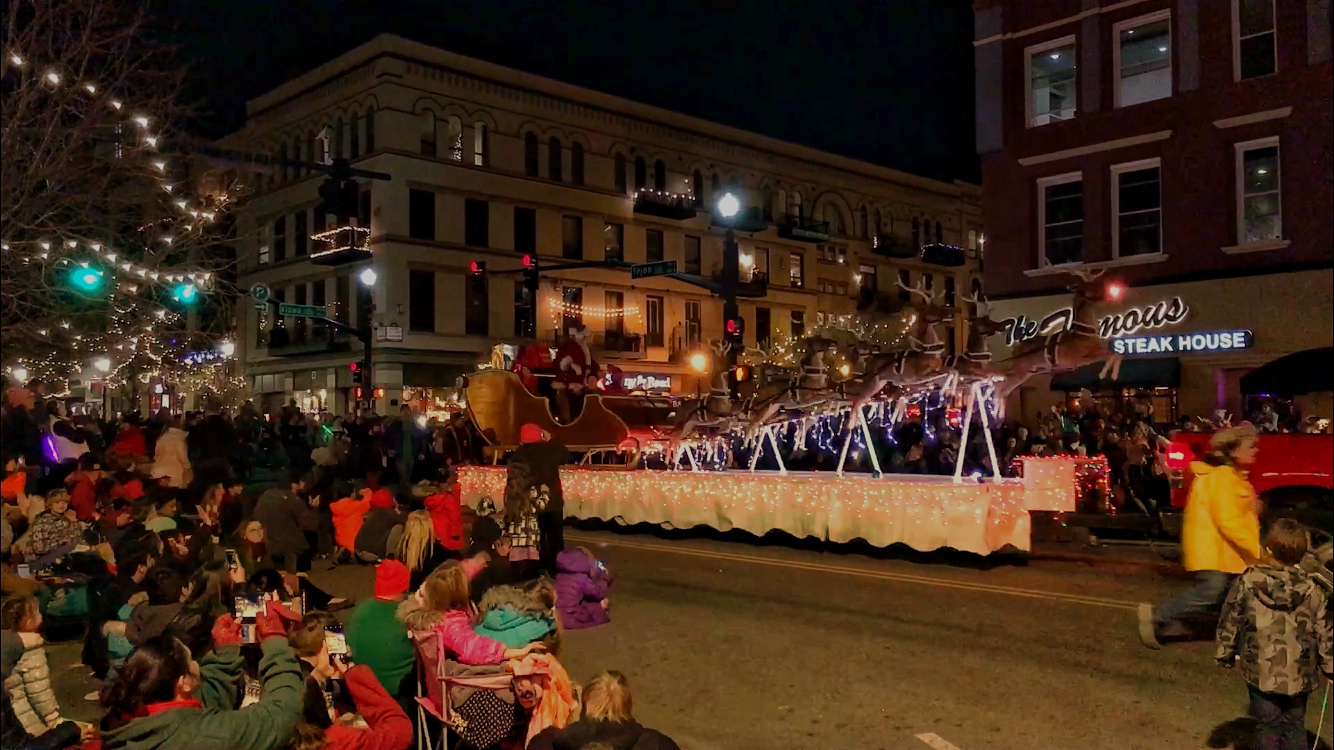