For the past eight or ten years, we’ve gone to downtown Chicago to see, among other things, the Christkindlmarkt in Daley Plaza. We didn’t make it down last year before we moved, so when we learned that Denver had one, we decided to go.

I got downtown late on a Sunday afternoon. I knew I had to find a parking garage, and that it would cost me between $14 and $20 for a couple hours. We circled the area a few times, then followed some cars into a likely-looking garage. The woman by the door asked if we were visiting someone who lived in the building. It turns out I’d pulled into the lot for a high-rise apartment complex. When I found out, I asked if we were supposed to be there. She said they rented to the public when spaces were available and that they were a lot cheaper. We pulled into our assigned spot and headed upstairs through the ritzy lobby and past the security guard. This was the outside of the building. The market was directly across the street. 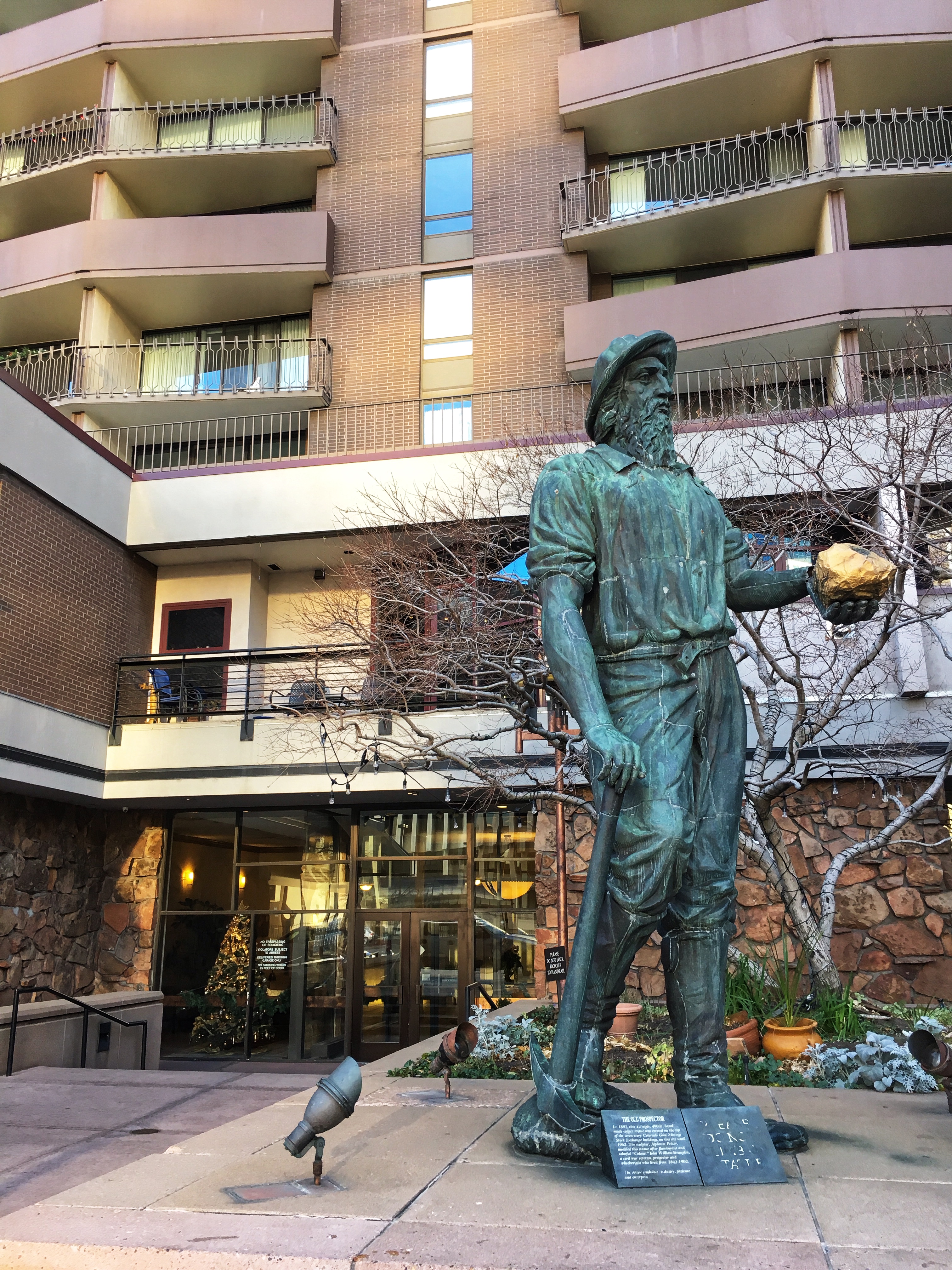 We walked from one end of the market to the other in about five minutes, even with taking our time. It was about a 10th the size of Chicago’s. 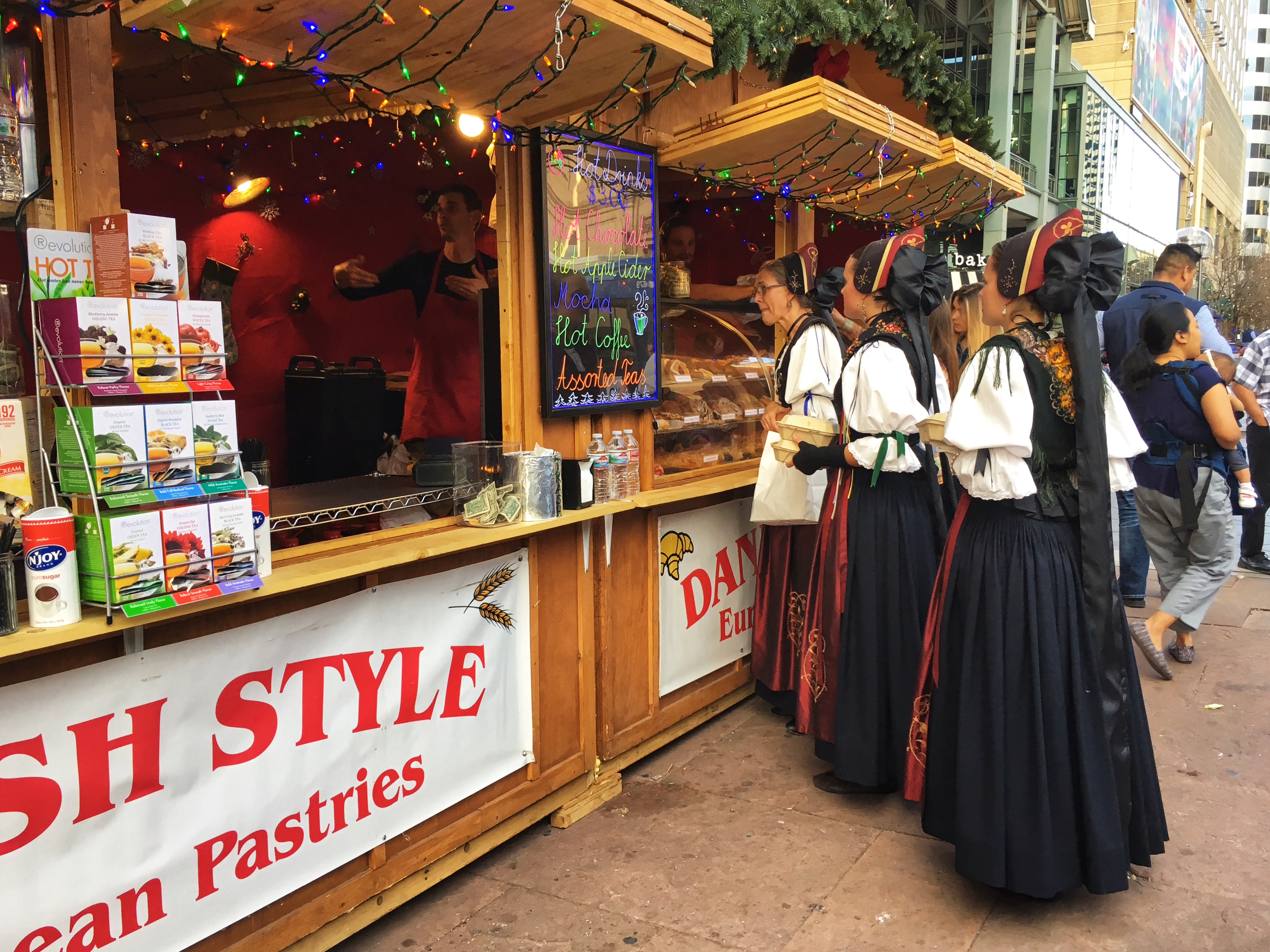 It still wasn’t dark, so we wandered around the area. It was about 65° out and we saw many people in shorts. We were in our shirt sleeves and carrying our jackets. Among other interesting sights, we saw a woman sitting at a small table. She had spread out several stuffed animals in front of her and she was engaging them in lively conversation. When we walked back past her a few minutes later, she was beating them with a stick.

We headed up the 16th Street Mall, which I had been led to believe was filled with interesting stores. It wasn’t. It was filled with shoe stores and boring stuff like that. 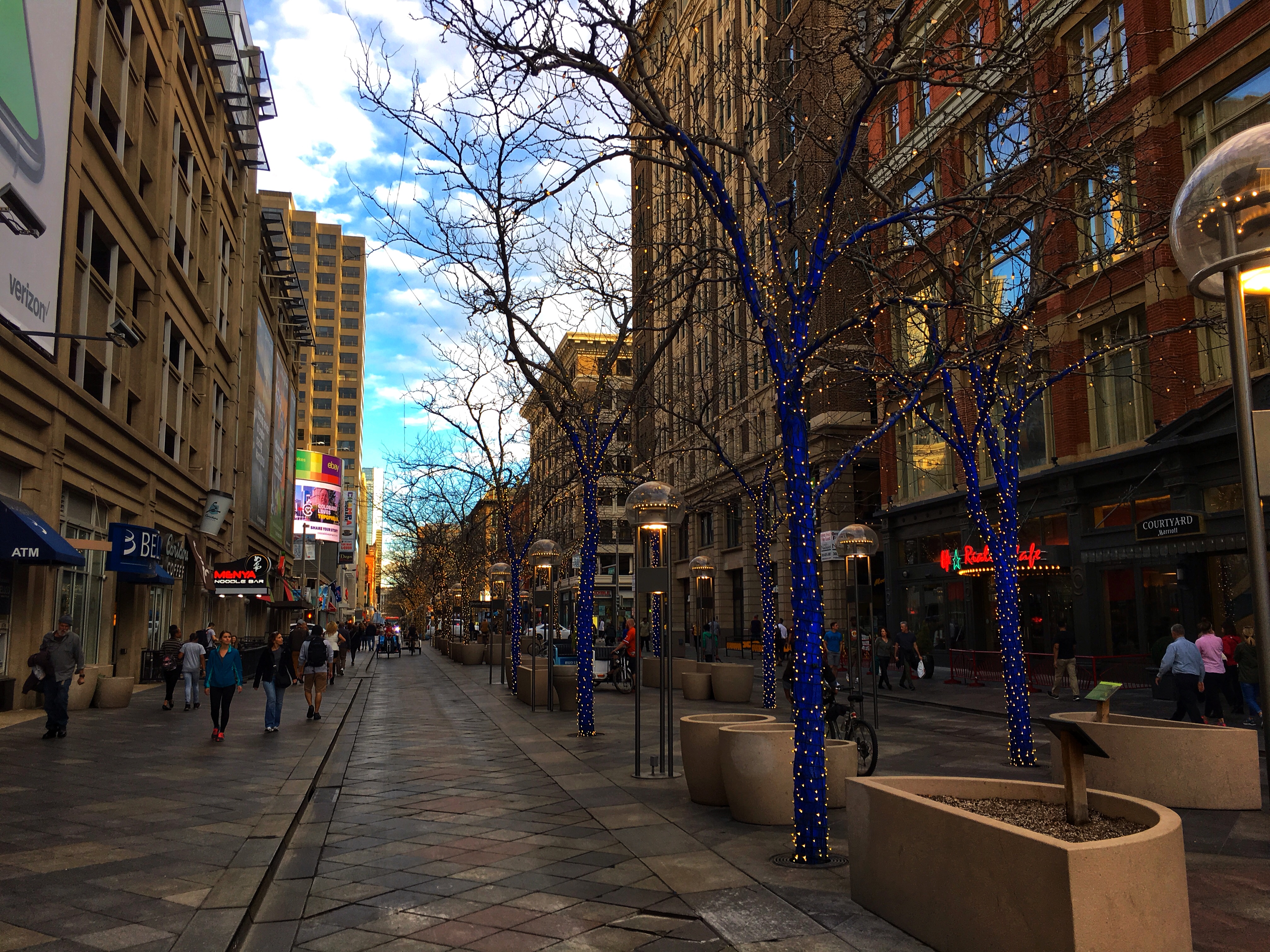 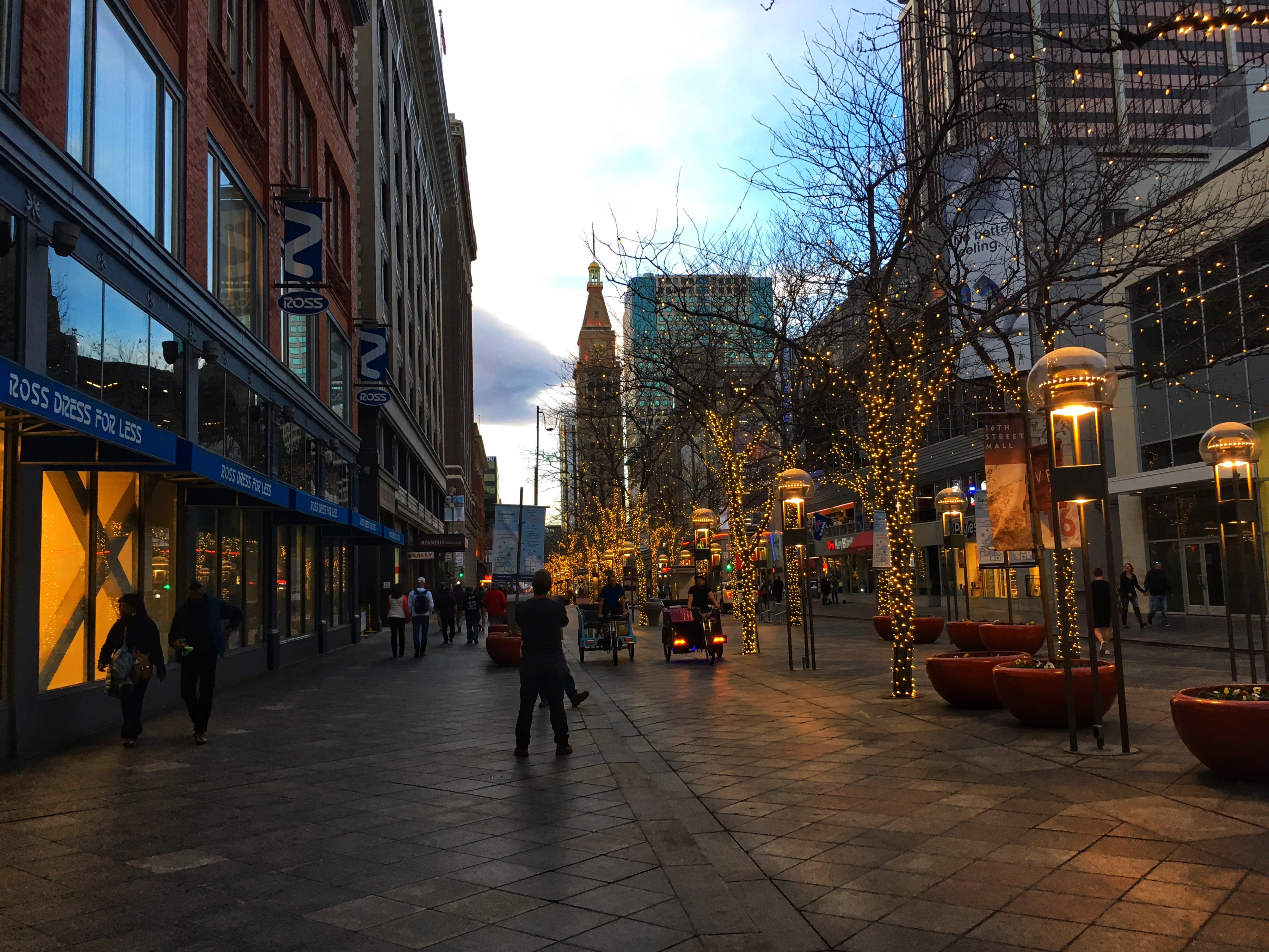 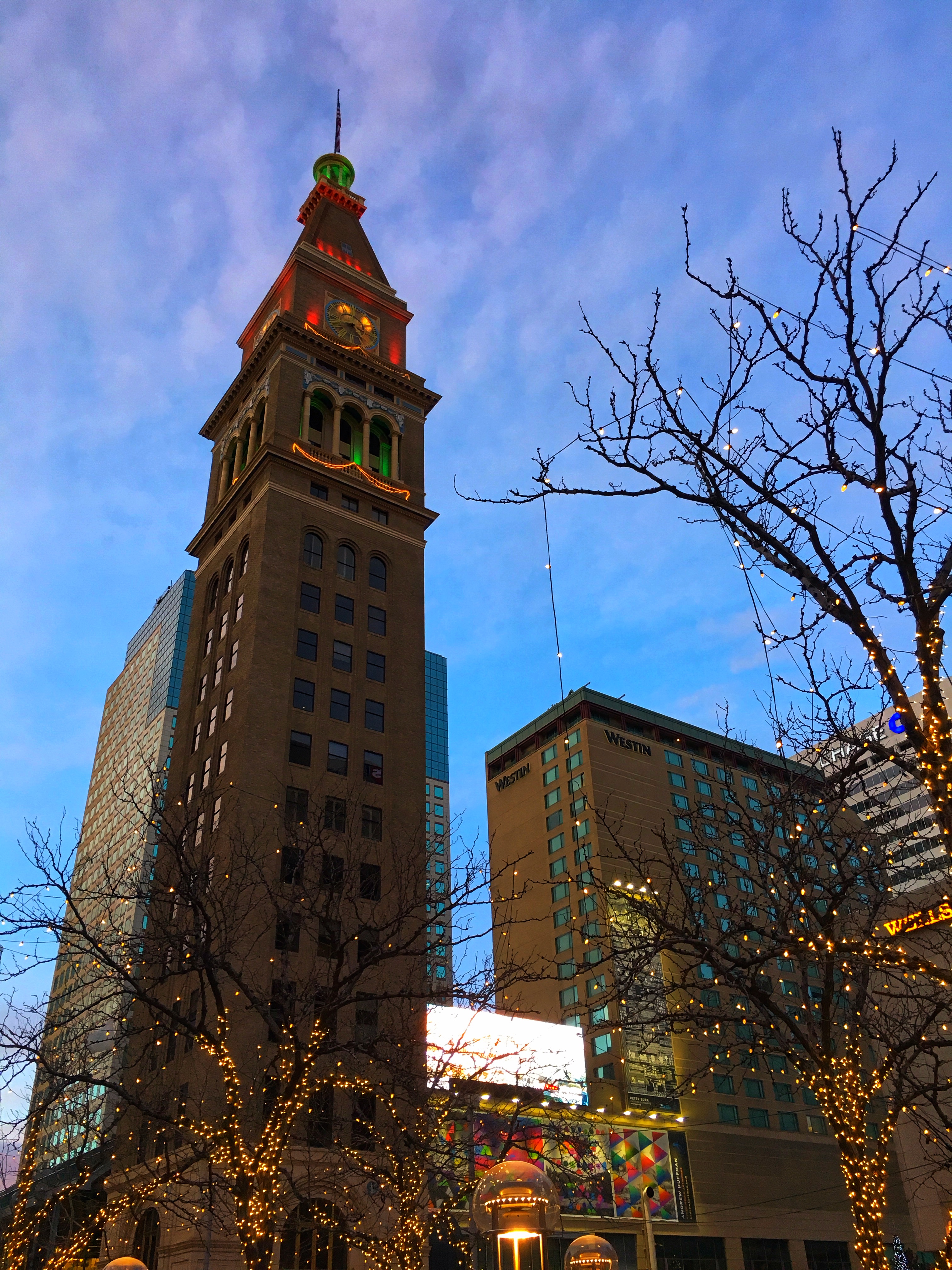 It was close to dark when we got back to the market. 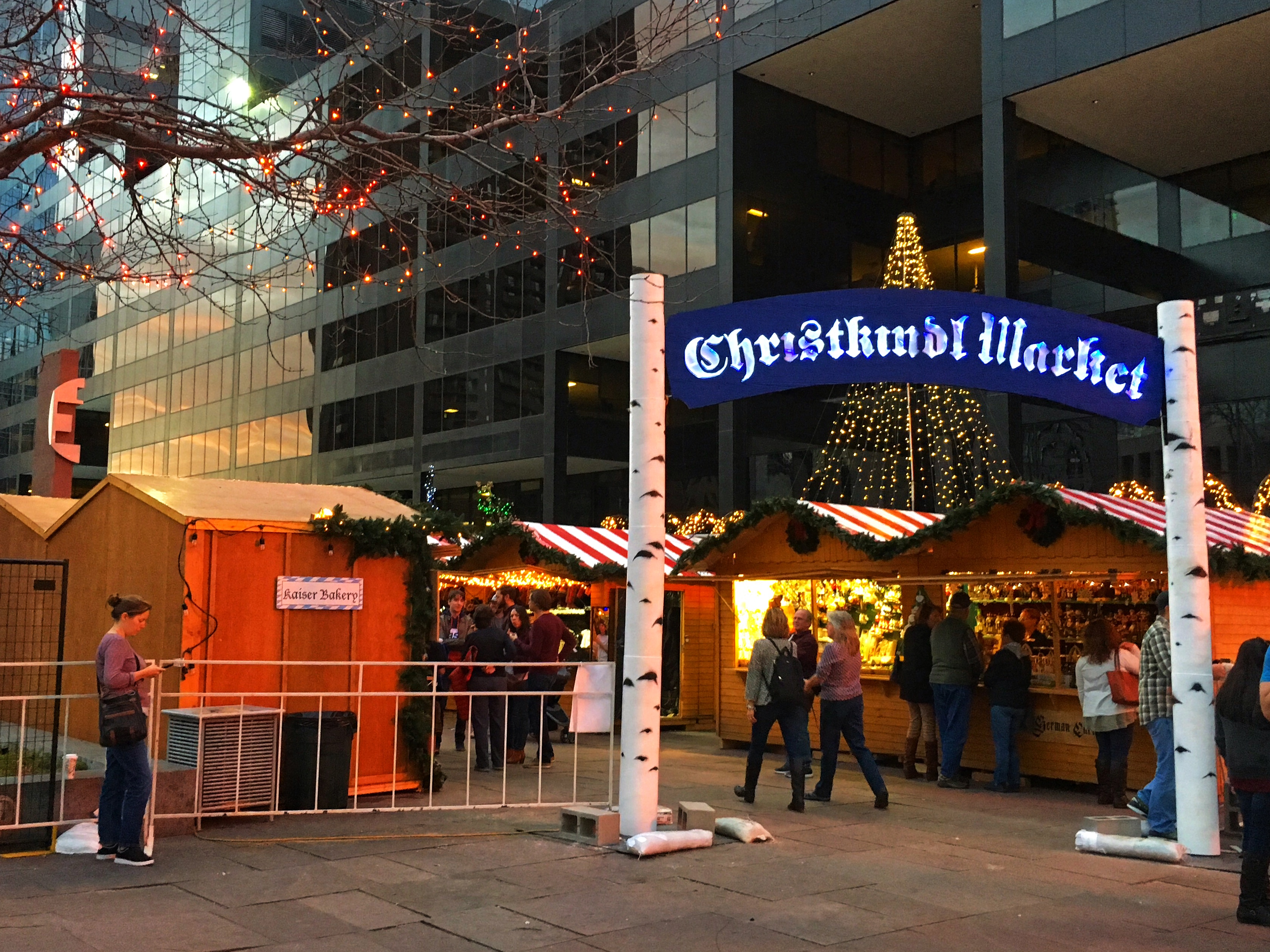 We walked through slowly again, and my wife decided to buy a clay toy shop that has smoke come out of the chimney when you put a candle inside. 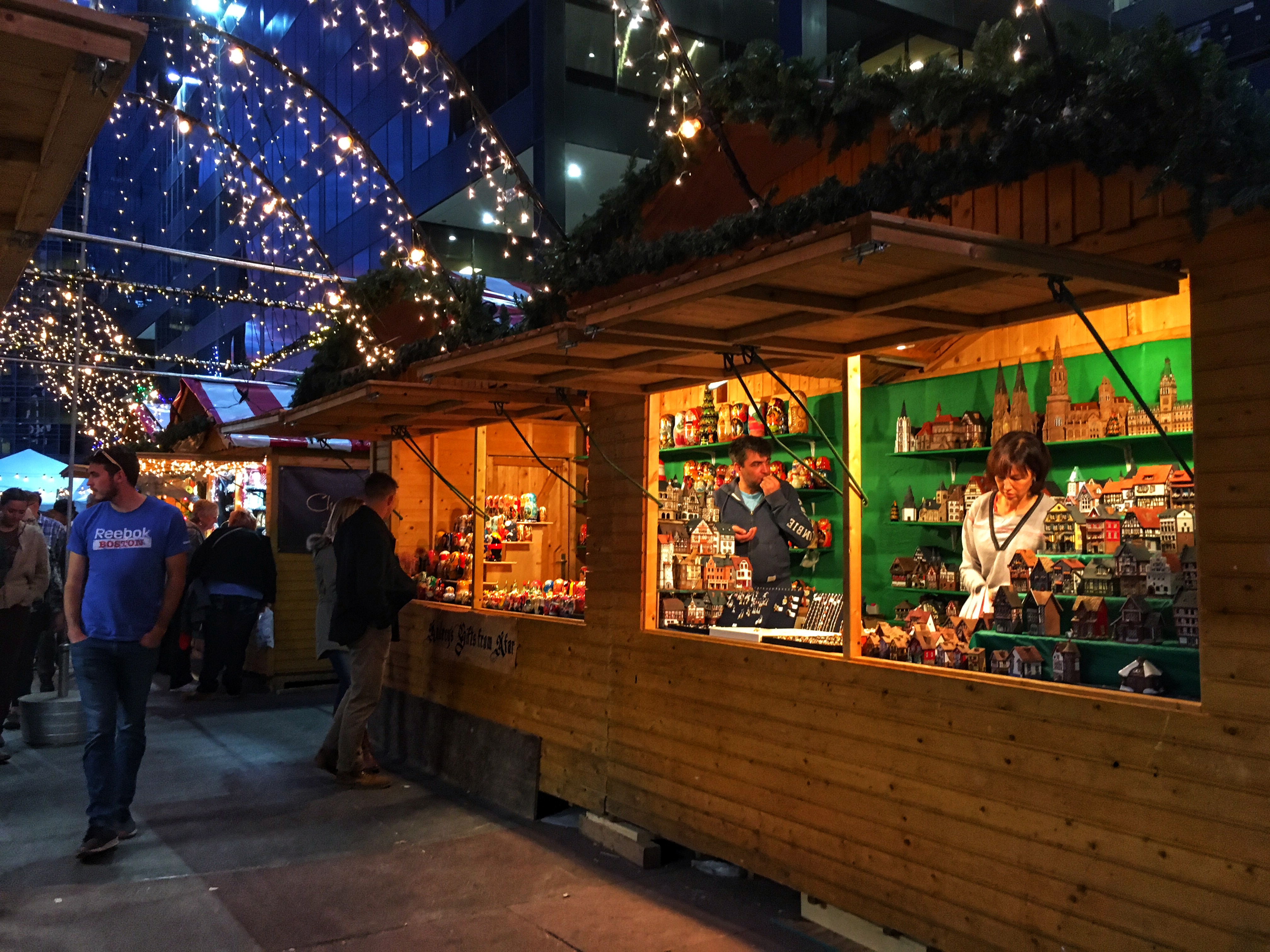 While she was doing that, I took photos of the sunset—or what I could see of it. 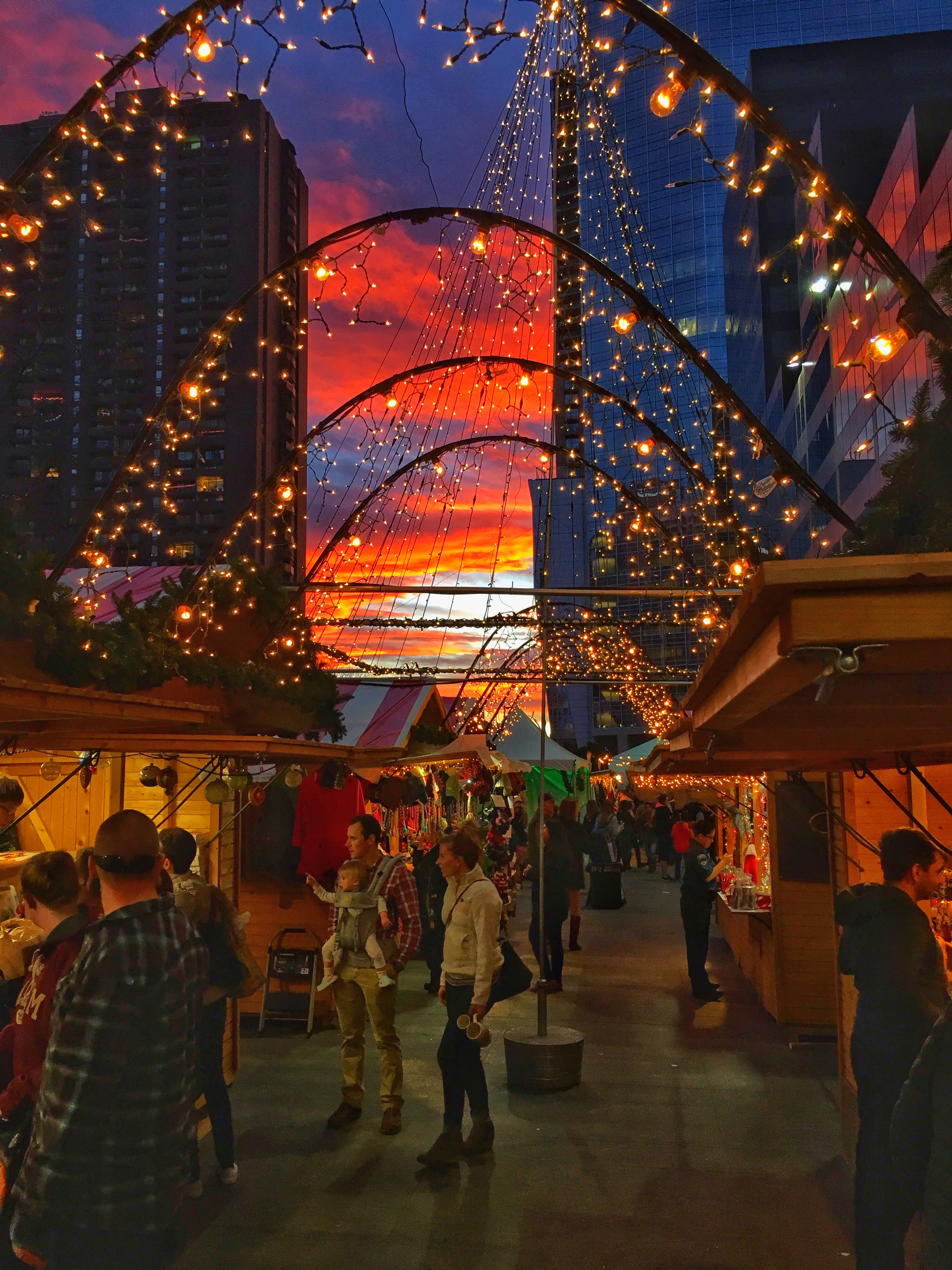 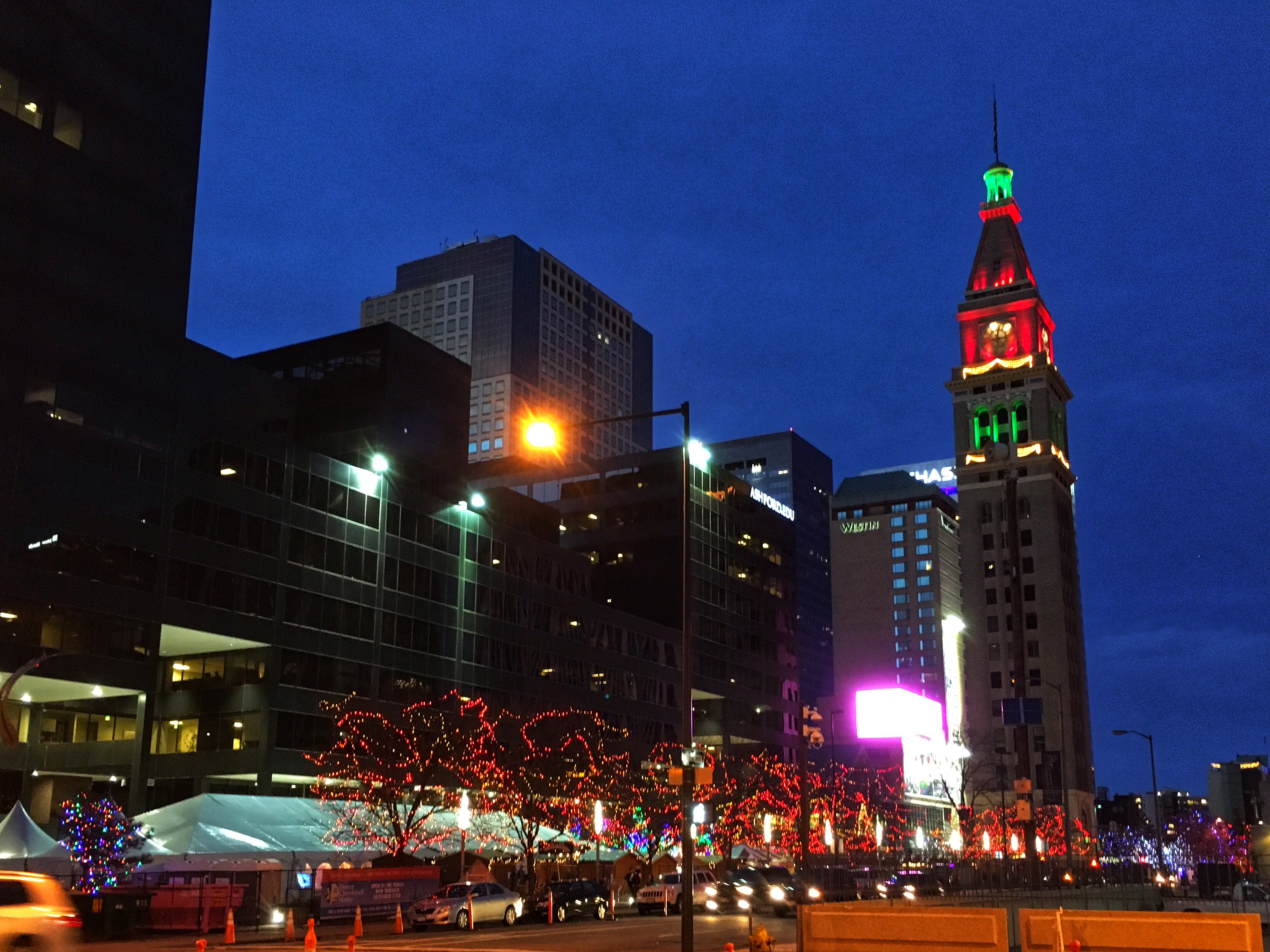 We headed back to our garage, past the security guard. Another woman was at the door. She took our ticket and charged us $3 for an hour and 45 minutes. If we go back, we’re going to remember that apartment building.

This entry was posted in Stores. Bookmark the permalink.