We wanted to see the Christmas lights in Denver, which meant we had some time to kill. I found a large antique mall called The Brass Armadillo west of downtown, and it successfully occupied much of our afternoon. 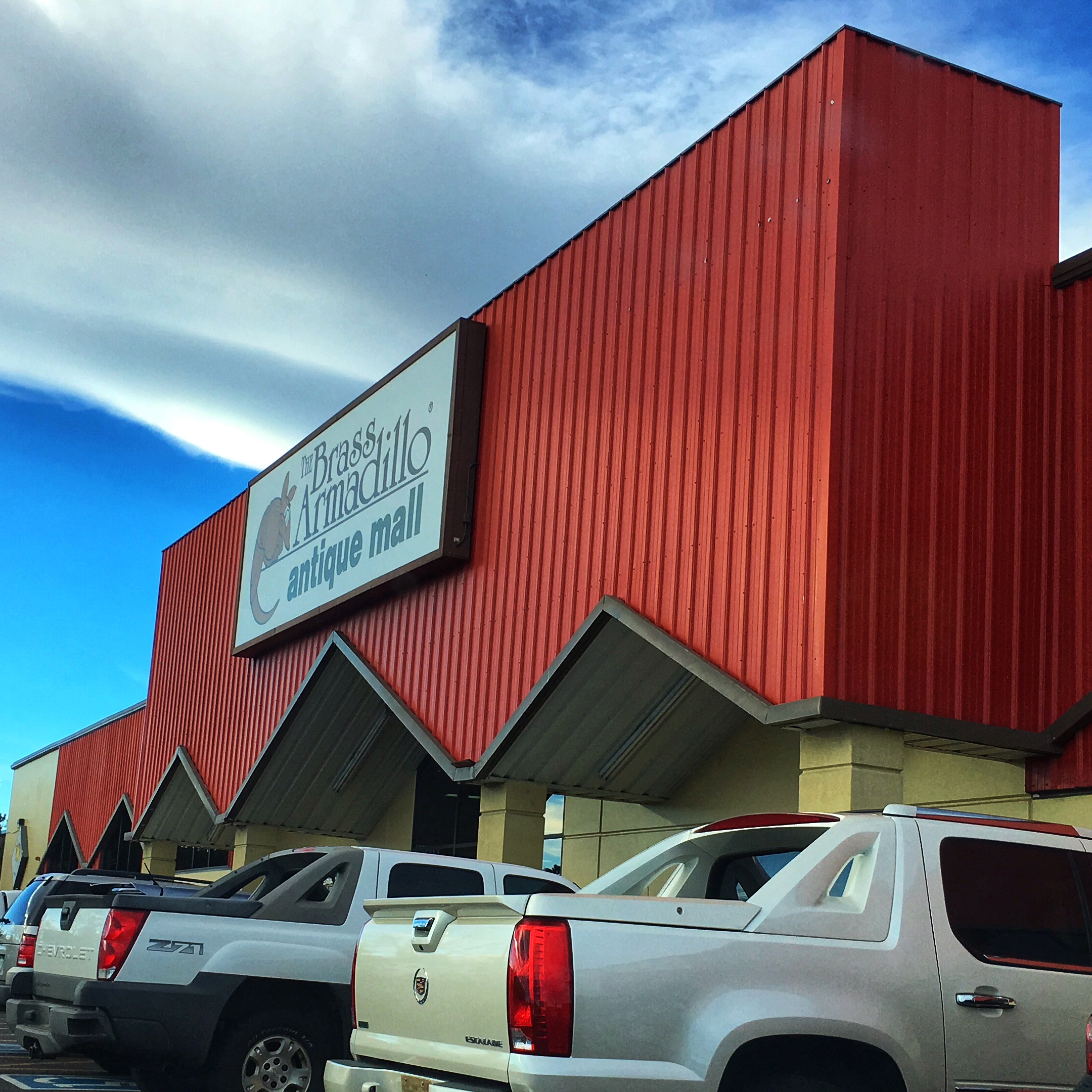 It was your typical antique mall—a lot of junk, some fun stuff, a few good pieces here and there. 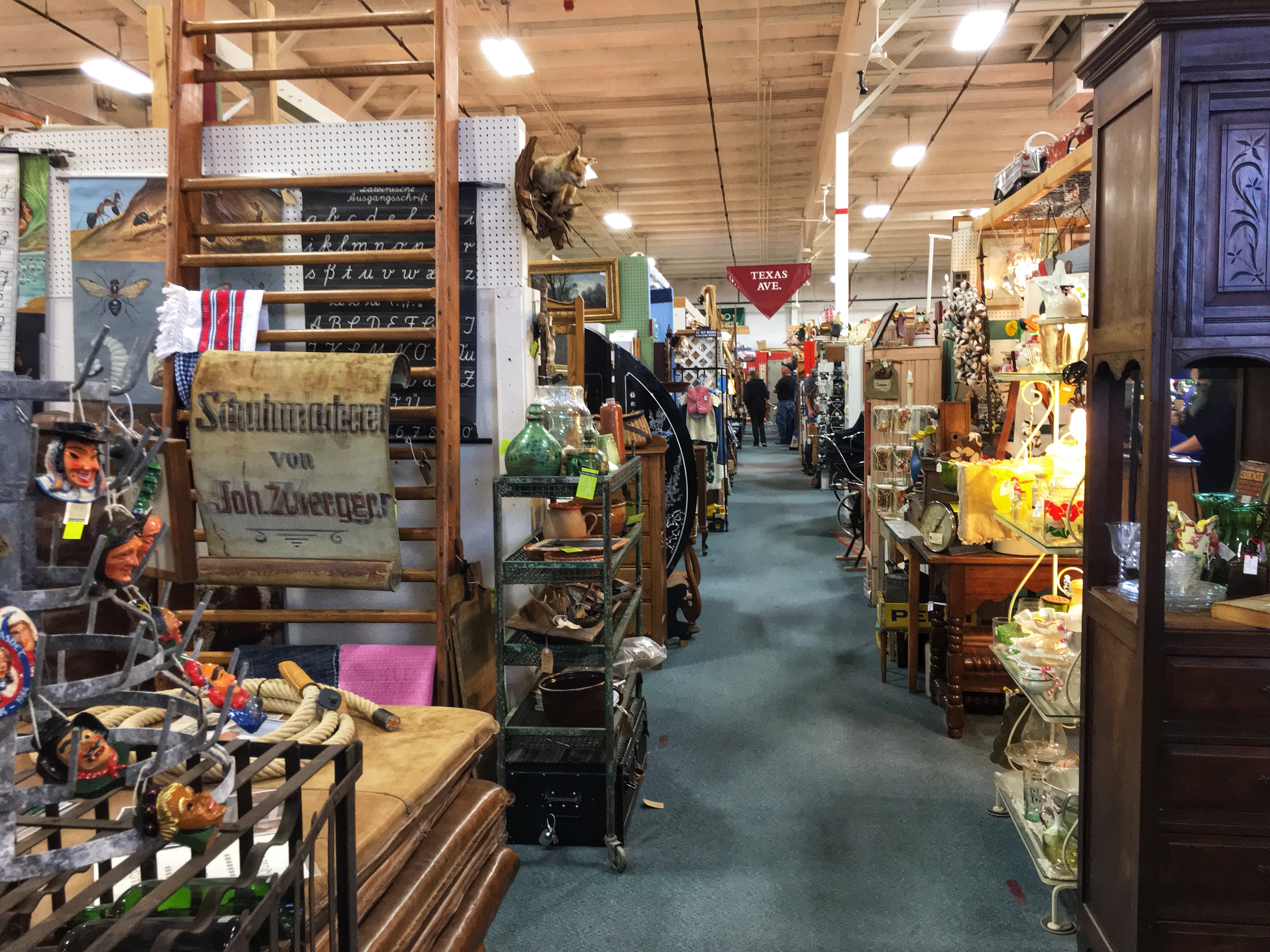 They had a snack bar decorated with Pepsi stuff. The woman in green on the far right who is glaring at me works there. She saw me carrying a sign and called me over to tell me she could bring it up front for me and give me a number to hold to pick it up when I was ready to pay. I told her that wasn’t necessary. Three more times over the next hour she came up to me and made the identical offer. The last two times I was with my wife. On both of those occasions, she told us that she used to have a booth at the mall and that she bought most of her stuff from this one dealer back in the corner. She then proceeded to tell us about some item she bought for one price and sold for a much higher. We saw no indication that she remembered either of us from any of our past conversations. 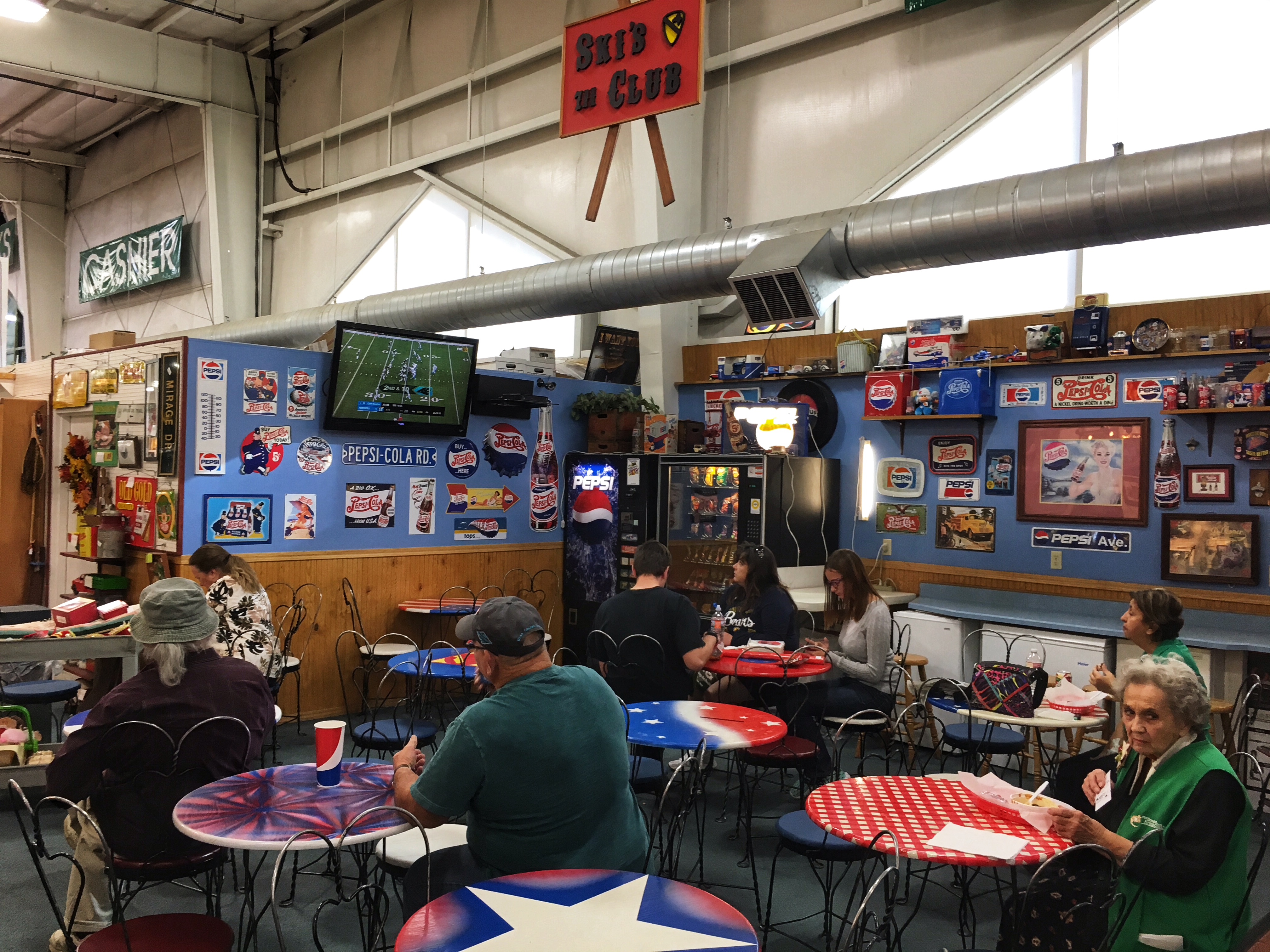 I found a Pepsi blackboard for $25. My instincts tell me it’s original, not a reproduction. I thought that was a good price and figured, even if it turned out to be a reproduction, I only paid $25. I found two more almost identical elsewhere in the mall. One had the same logo with a blue border. The other had a newer logo with a yellow border. Both of them were priced around $140. (The magnets didn’t come with it.) 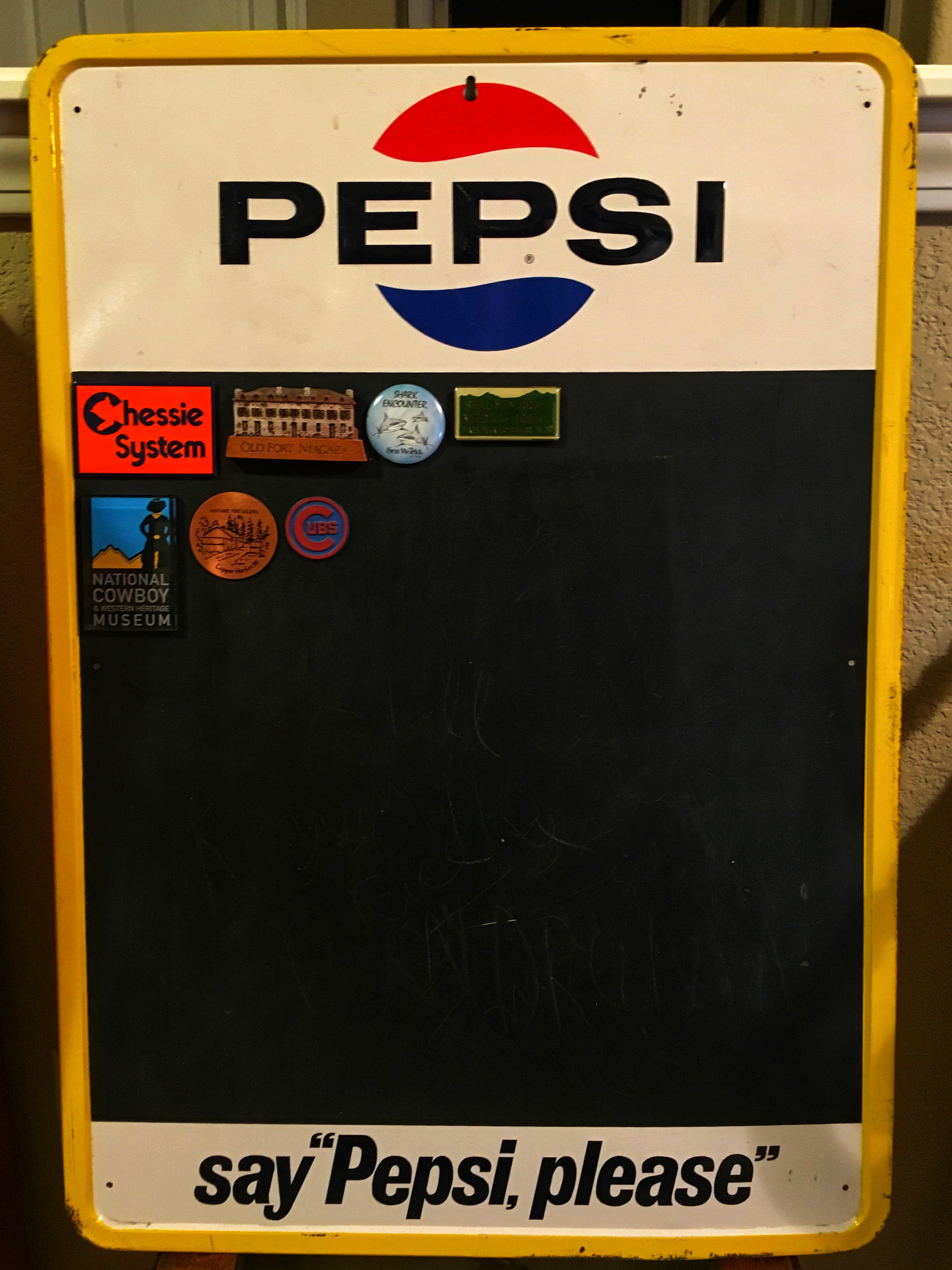 My wife wanted to find a picture for a particular place in our house. I wanted her to buy this, but she didn’t like it. I know she’s secretly kicking herself for not getting it. 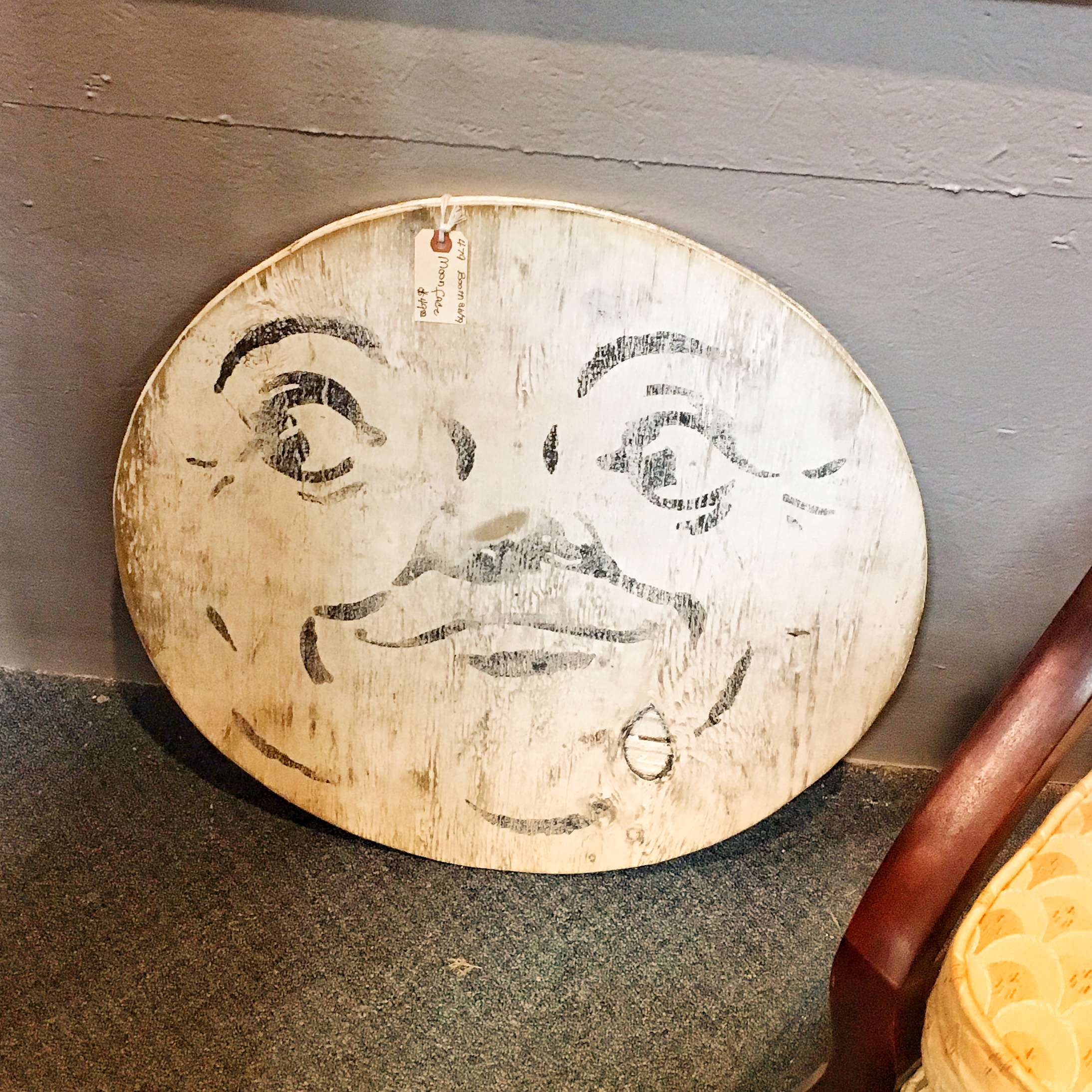