During the Civil War, the Union constructed a series of forts around Cape Girardeau. Only one of them, Fort D, remains. It’s located in a ratty neighborhood, and we were hesitant to get out of the car. The earth mounds are all that’s left of the original fort — the castle-looking building was built by the Works Progress Administration in 1936. 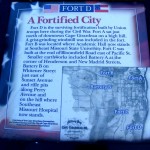 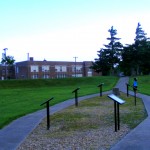 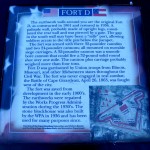 This photo was taken on the fort wall looking northeast past the Bill Emerson Bridge toward Illinois on the far bank of the Mississippi. 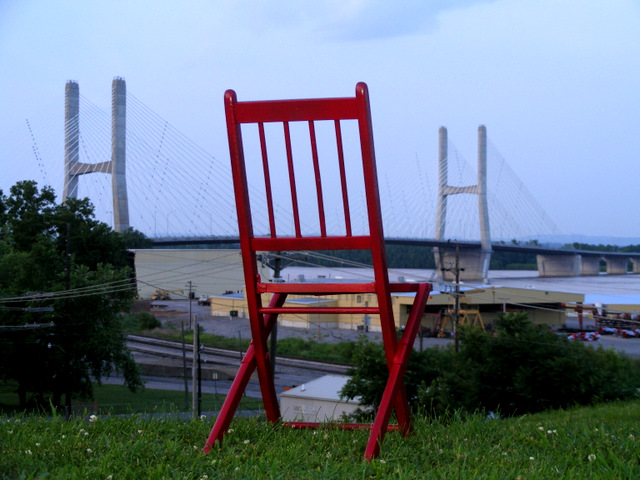 Driving through Cape Girardeau from the hotel to the river and back was an adventure. At one intersection with “left turn on green arrow only” signs, I sat through three cycles without getting an arrow. I finally gave up and drove on, then turned around and made a right turn — only to see oncoming traffic turn left at the spot I’d just left. The same thing happened to me again a while later. At least the sky was putting on a show. I thought this cloud looked like an angry old woman. Maybe she’d been trying to make a left turn. 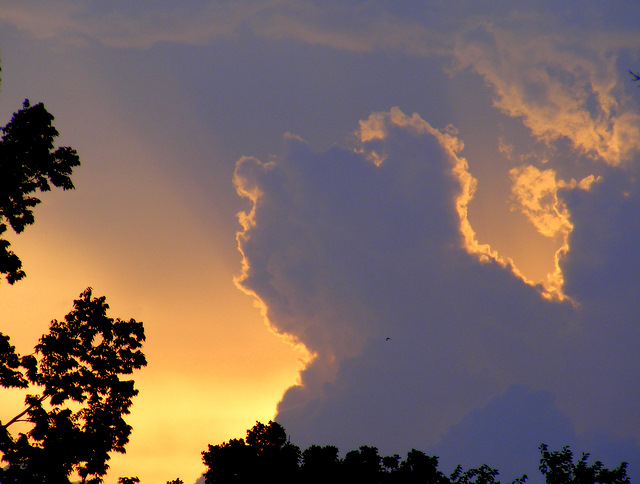