It was time to pick up our daughter from her two-week stay with relatives. We were meeting halfway — near St. Louis — at noon on Sunday. My wife and I decided to make a mini-vacation of the trip and left home early Saturday morning, June 26. Our first stop was this house in Bloomington.

David Davis was born in Massachusetts. He studied law in Ohio and, when he was 20, proposed to Sarah Walker. Sarah was an educated woman from a well-to-do family. (The Walkers are connected somehow to the two President Bushes.). Her father refused to let her accept David’s proposal until he’d established himself. David moved to Illinois and soon had a thriving law firm established in the village of Bloomington (population 450). David and Sarah married in 1838. They had seven children, only two of which survived to adulthood.

David became a judge on the Eighth Judicial Circuit where he became friends with fellow lawyer Abraham Lincoln. Davis was a major player in politics and was responsible for getting Lincoln nominated at the Chicago Republican convention in 1860. Lincoln responded by appointing Davis to the Supreme Court where he served for 16 years until he became a Senator in 1876.

In 1870, David and Sarah built this house in Bloomington. They were at the peak of the social pyramid and intended their home to be a showcase. Sarah died in 1879. David married Addie Burr, Sarah’s nurse, who must have been an interesting woman. After David died in 1886, Addie became nurse for another woman. When she died, Addie married her husband. 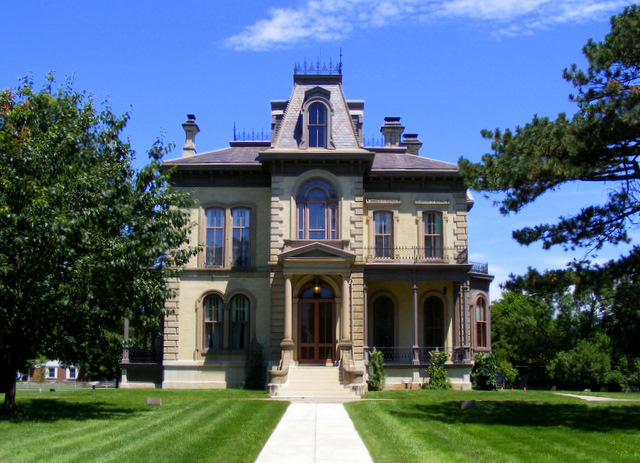 Our tour included the guide and four women, one of whom was previously a guide. I asked a lot of questions, and before long, the two women were doing tag-team guiding. They were both knowledgeable and interesting, but prone to tangents. We heard about more than just the Davises and the home — such as the story of the tourist who wandered away from the group and was stopped moments before using one of the house bathrooms in which the fixtures are not hooked up.

David descendants lived in the house until 1959 at which point the family turned it over to the state. Many of the furnishings are original. Indoor photography was forbidden, so I can’t show you the painted ceilings, massive ornate crown molding or “modern” conveniences. The mansion was amazing for 1870. It had central heating, hot and cold running water, flushing toilets — in fact, it had one of the very first master bathrooms in the state.

I thought the outside of the house was rather ugly. The front was asymmetrical, and overall it reminded me of some huge toad crouching on the grass. 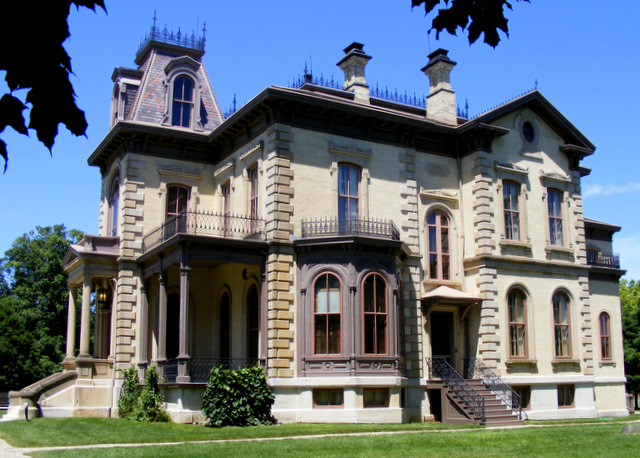 The wood house in the yard was designed to complement the main house. It contained two outhouses and space to dry and store wood. 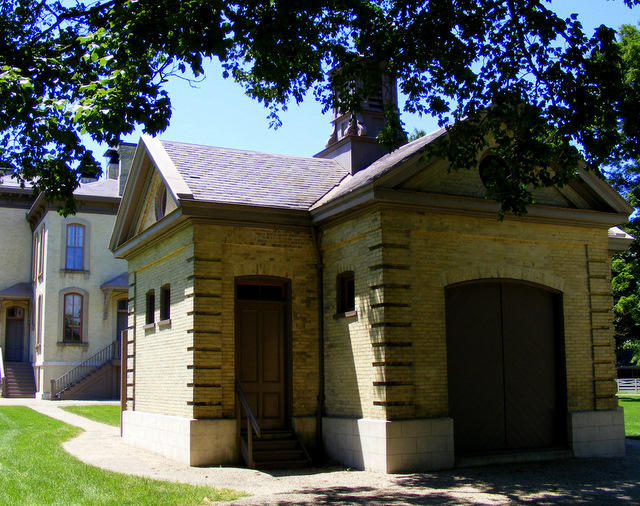 The barn and carriage house predate the mansion and were almost certainly on the site when Abraham Lincoln visited the Davises at their earlier house. 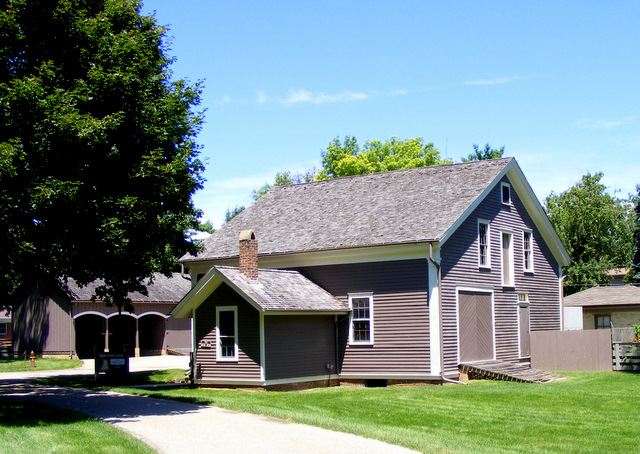 Sarah oversaw the design of a formal gardens in the yard. The garden has been maintained ever since and has the same design and the same types of plants, seven of which have been identified as actually the very same original plants. My wife wandered off to see the garden, but not surprisingly, this being Illinois, it was locked. 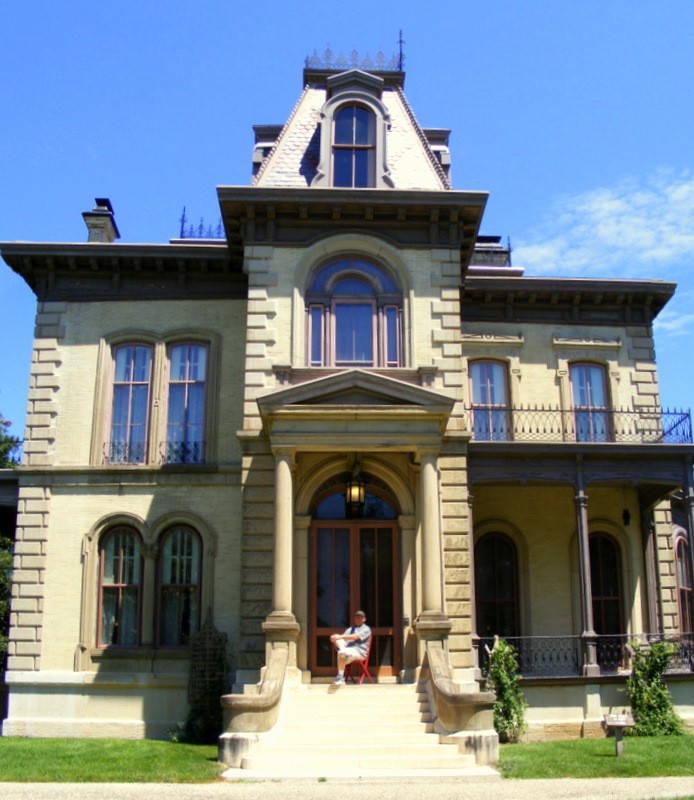