Our final stop before heading for home was the site of the fourth debate between Abraham Lincoln and Stephen Douglas. The debate was held on September 18, 1858, before an estimated 12,000 people on the Coles County Fairgrounds.

We opened the door of the museum and found a gentleman looking lonely and bored behind the desk. I asked him if the museum was always this empty, and he shrugged and said, “pretty much.” (You know those character actors who show up in dozens of movies but never have starring roles? The ones you recognize but never know by name? This guy looked just like one of them, but I can’t tell you which one because I don’t know his name.)

We viewed the movie in the theater. It consisted of an introduction by Jim Edgar and a reenactment of the debates. In the front of the room, a mannequin held a drum that was actually played at the debate. 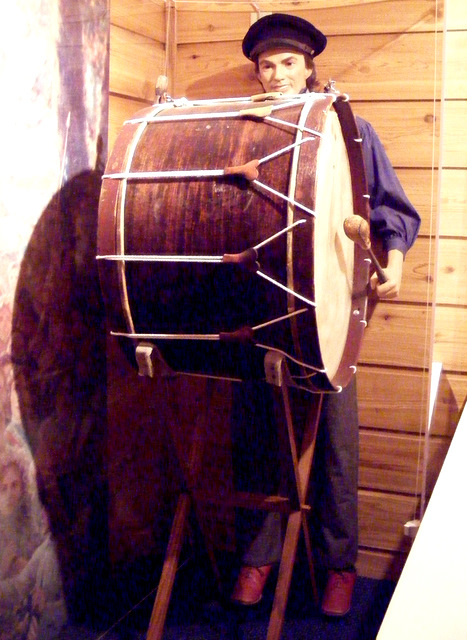 The museum was small but informative. Somebody had gone to a great deal of trouble to construct a very impressive diorama of the debate (see below).

Outside the museum was the obligatory statue of Lincoln and Douglas debating. There was a kids’ corner inside the museum which included a top hat. I asked the guy if I could take the hat outside and wear it for a photo with the statues. He said sure, but that I’d have to wear a hair net. I tried to tuck it up under the hat as much as I could, but you can still see it sticking out above my ears. 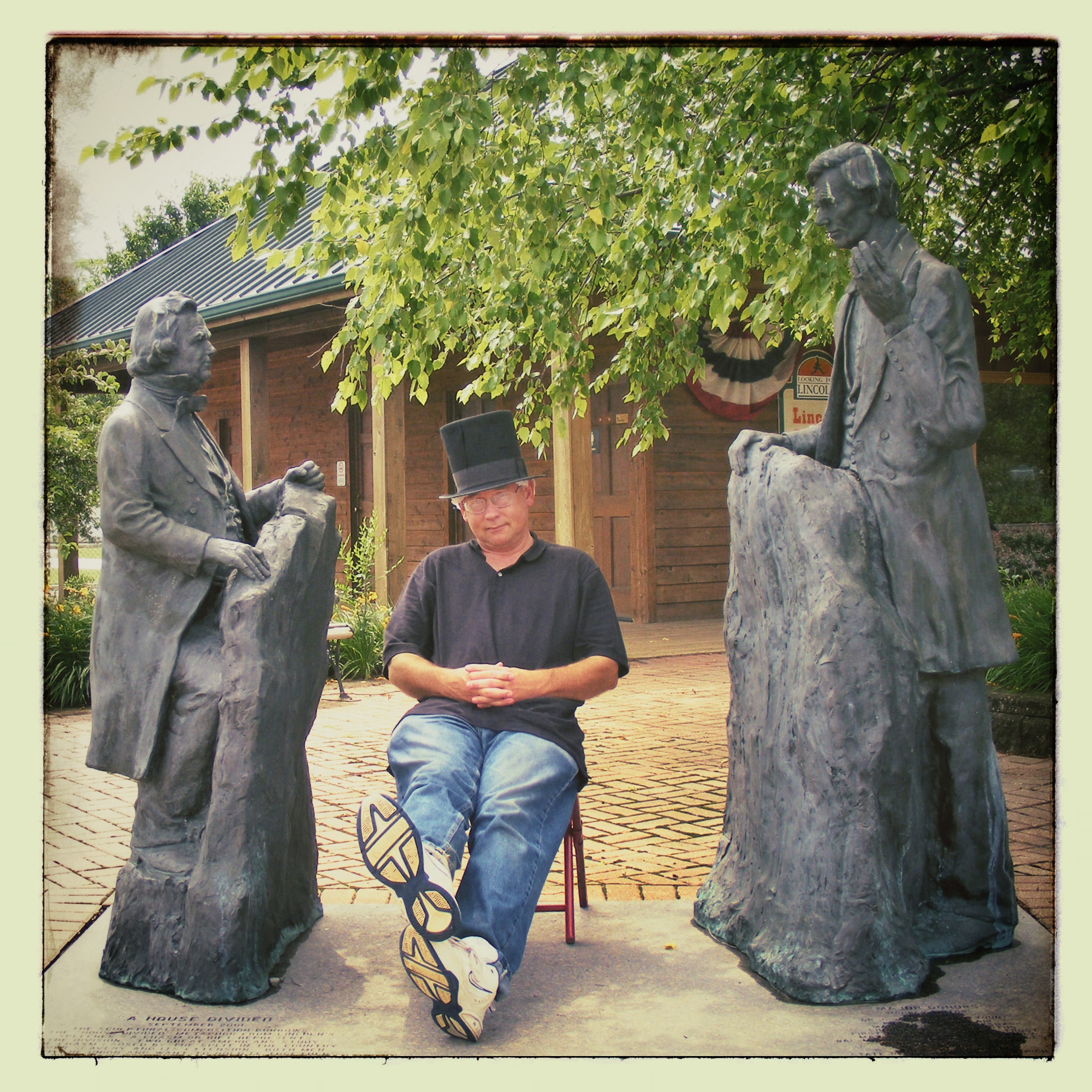 The rock-like things Lincoln and Douglas are standing behind, and the gap between them, supposedly symbolize the political and philosophical gap between their views. I was tempted to suggest to the guy that, since he didn’t have much to do, he might want to clean the statues. 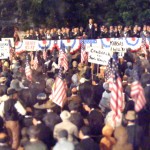 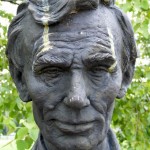 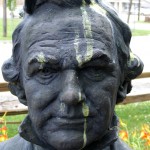