My daughter and I went to see the best team in all baseball — the Chicago Cubs. (Bear with me for a moment while I revel in that thought.)

OK, I’m back. Thank you for indulging me. This looks like it could be the year for the Cubs, so when I was offered two free tickets, I didn’t hesitate. I wanted to be part of it. I took my daughter along. 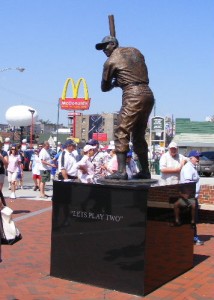 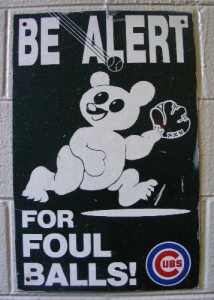 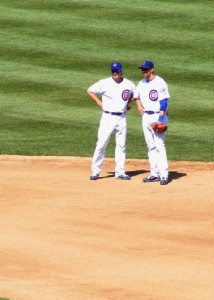 But the stream of people walking past me and blocking my view never let up. I especially enjoyed it when the beer vendors stood right in front of me, screaming, or when the hot dog vendors slammed the lids on their boxes inches from my ear. As I write this, five hours after the game, I have a slight pain and a steady buzz in my right ear. The top panorama shows the view from my seat during a brief uninterrupted moment.

As for the game … Rich Harden started for the Cubs. He wasn’t as sharp as he usually is, but he held the Phillies to two runs through five innings. Gaudin, Samardzija and Marmol combined to hold the Phillies scoreless the rest of the way. Joe Blanton started for Philadelphia. (We were at U.S. Cellular on July 4 and watched him pitch for Oakland and dominate the White Sox.) The Phillies were winning 2-0 in the fifth when the Cubs scored a run on a totally unforced error when Jimmy Rollins botched a throw on a double-play. Daryle Ward was running from home to first so slowly, I’m pretty sure I could have gotten there sooner from my seat. But Rollins’ throw was way high, Ward was safe, and a run scored. 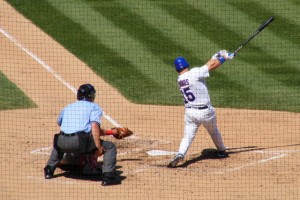 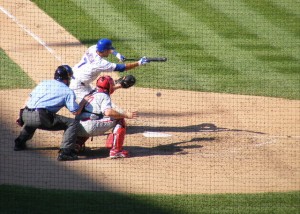 The Cubs tied the game in the sixth on a bases-loaded walk by ex-Cub Scott Eyre who is now doing for Philadelphia what he did for Chicago. The first-base ump blew a call in the Cubs’ favor, which kept the Phillies from scoring in the seventh. The Cubs went ahead to stay in the bottom of the inning on a home run by Soriano and won 3-2.  (I just realized that it’s been 15! years since I’ve seen the Cubs win a game at Wrigley Field.) 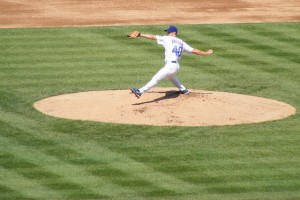 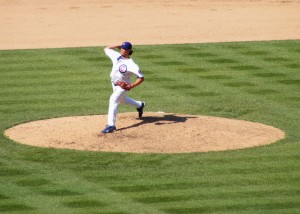 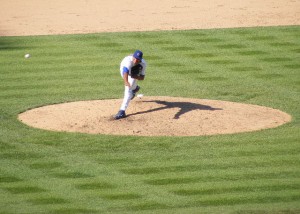 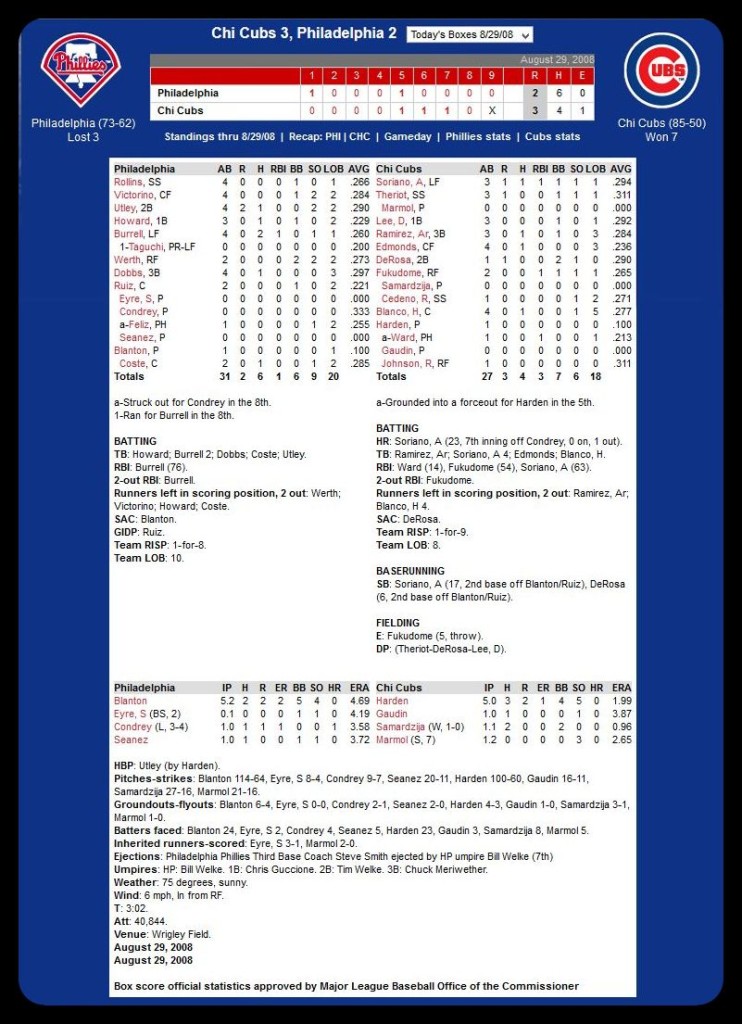