On Wednesday, my wife and I ditched the family and drove 50 miles east to Greeneville to see Andrew Johnson’s house. Johnson is one of the more obscure presidents, but this site was one of the more impressive historic parks I’ve visited.

Johnson was born in Raleigh, North Carolina in 1808, in the kitchen loft of a hotel where his father worked. This is a reproduction of the building that housed the kitchen. 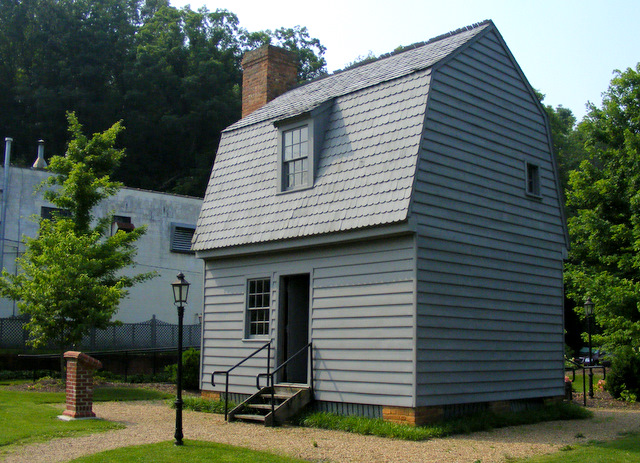 Johnson apprenticed to a tailor. When he was 15, he ran away and moved to Greeneville. Eventually he opened his own shop. That building has been preserved inside the visitor center. Some of the furniture inside belonged to Johnson. 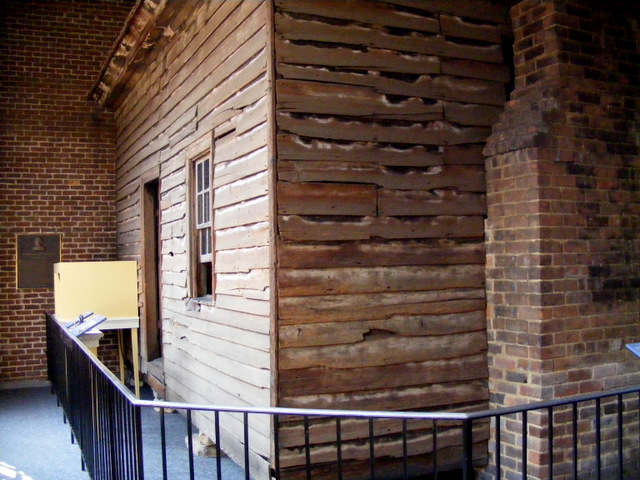 Across the street from the visitor center is the house Johnson owned and lived in with his wife Eliza from the 1830’s until 1851. The first floor had some displays on Johnson’s life. 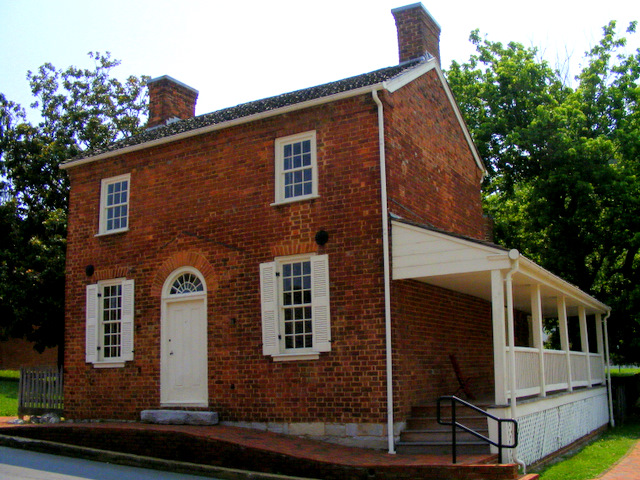 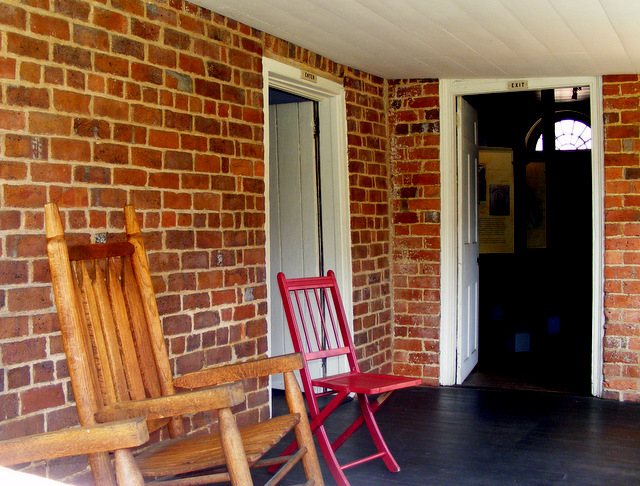 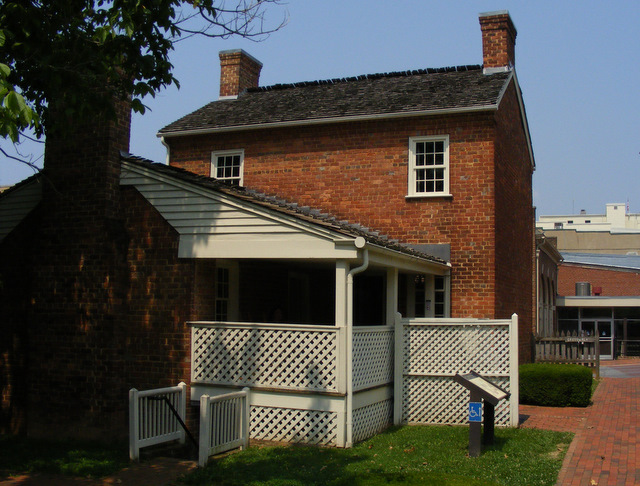 The Johnsons bought the Homestead, two blocks from the early home, in 1851. Johnson was often out of town serving in one political office or another. He returned to the home after his presidency for six years until his death. 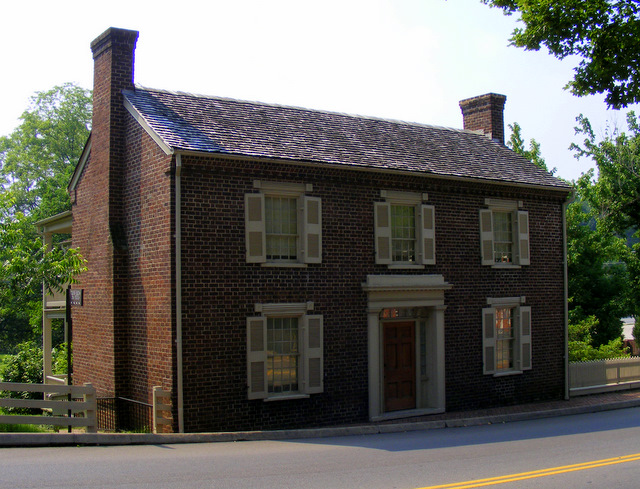 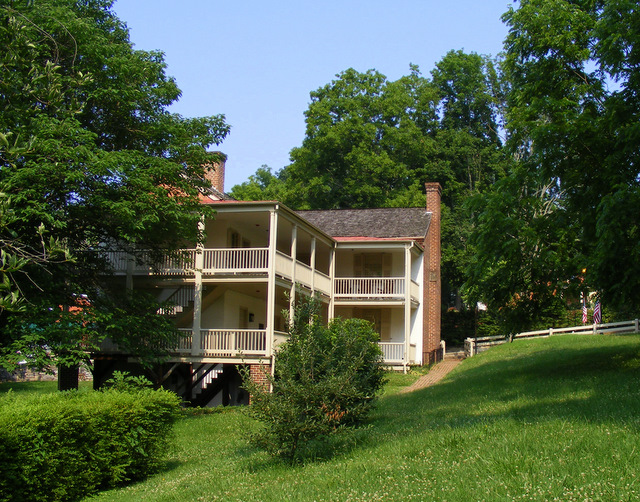 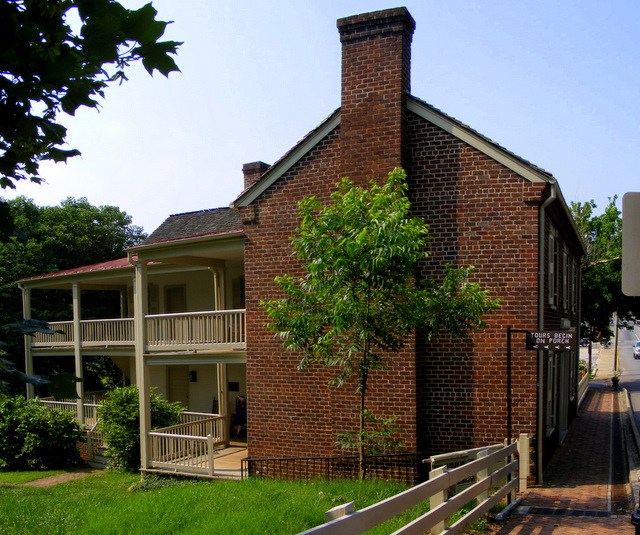 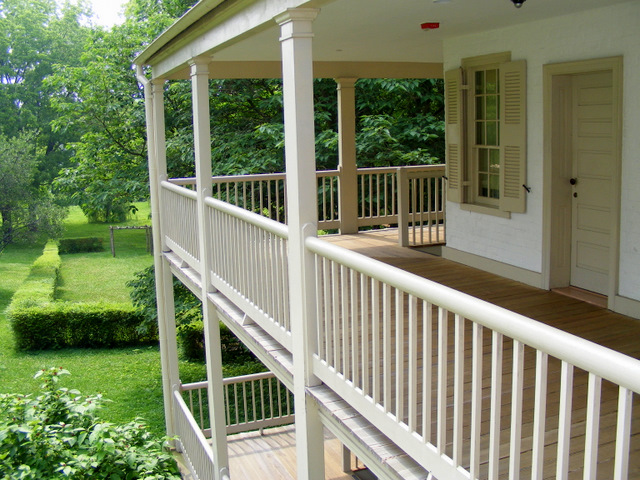 We had a private tour of the Homestead by a very knowledgeable and enthusiastic guide.

Eliza had tuberculosis for much of her adult life. This caused her to cough a lot at night. Because of this, Andrew’s bedroom was downstairs. Descendants of the Johnsons lived in the house as recently as the 1950’s, and one old woman family member acted as a guide for tourists. This was something of a problem — the house and its furnishing had been purchased by the National Park Service, but this woman didn’t see any reason why this should stop her from giving away priceless heirlooms as souvenirs to visitors she liked. The vast majority of furniture and other items in the house belonged to Andrew and Eliza, dating from their return to the house after the presidency. 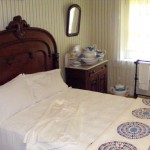 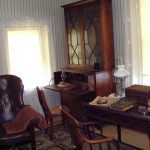 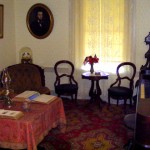 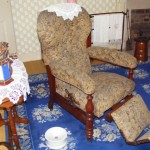 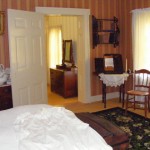 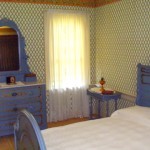 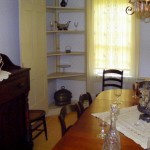 During the Civil War, Johnson was serving as military governor of Tennessee in Nashville. His house was used by confederate troops who considered Johnson a traitor to the Confederacy. When the house was restored, a lot of graffiti was discovered under the wallpaper — instead of removing it, the Johnson’s just papered over it. 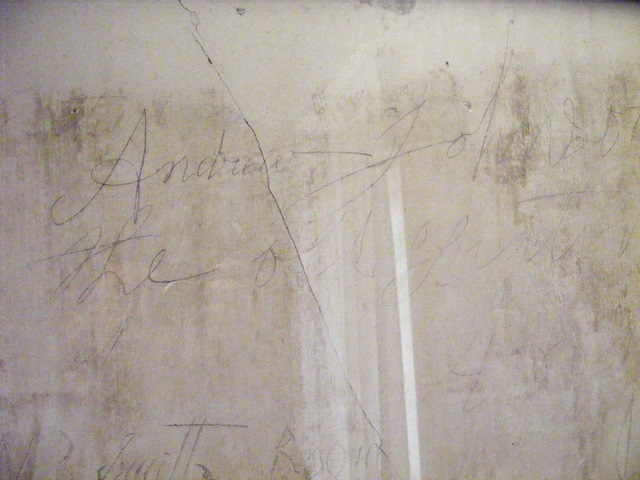 The Andrew Johnson National Cemetery is located about half a mile from the Homestead. Andrew and Eliza are buried in a family plot surrounded by their relatives. 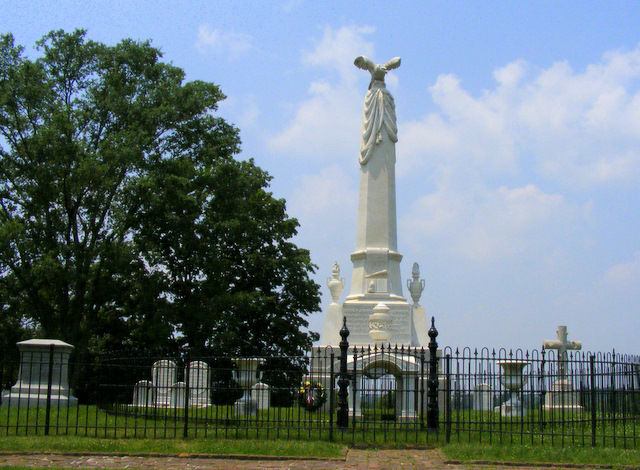 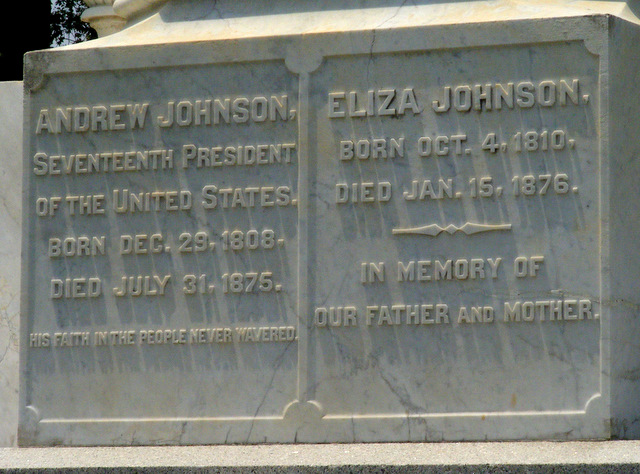