There was a Dog n Suds drive-in near my house while I was growing up. Many times I walked down for supper. My normal meal was two corn dogs, two tacos, an order of onion rings, an order of French fried mushrooms, and a pint of their special creamy root beer. Occasionally I’d get a Texas burger instead of the tacos. That location has since gone out of business — probably because I moved away.

There are only 13 or so Dog n Suds still in existence, down from about 1,000 in the franchise’s heyday. Last summer my wife and I drove past the one in Richmond, Illinois and saw that it was open. We stopped for lunch, and I got to talking with the manager. He collects Dog n Suds stuff and had several glasses and bags on display. I asked if he had anything with the name on it that I could have, and he gave me a paper hat (below). The restaurant is basically just his hobby. His young niece and nephew were helping out, and I left them a huge tip.

The experience brought back a lot of good memories, and I toyed with the idea of collecting Dog n Suds memorabilia and visiting the remaining restaurants.

It went nowhere — until today. I noticed a Dog n Suds in Cherokee Pass, Missouri on the way south and determined to stop on the way back up. We arrived about 11:45 and pulled in. The place was jammed, and we had to park near the back. I got out and took some pictures. 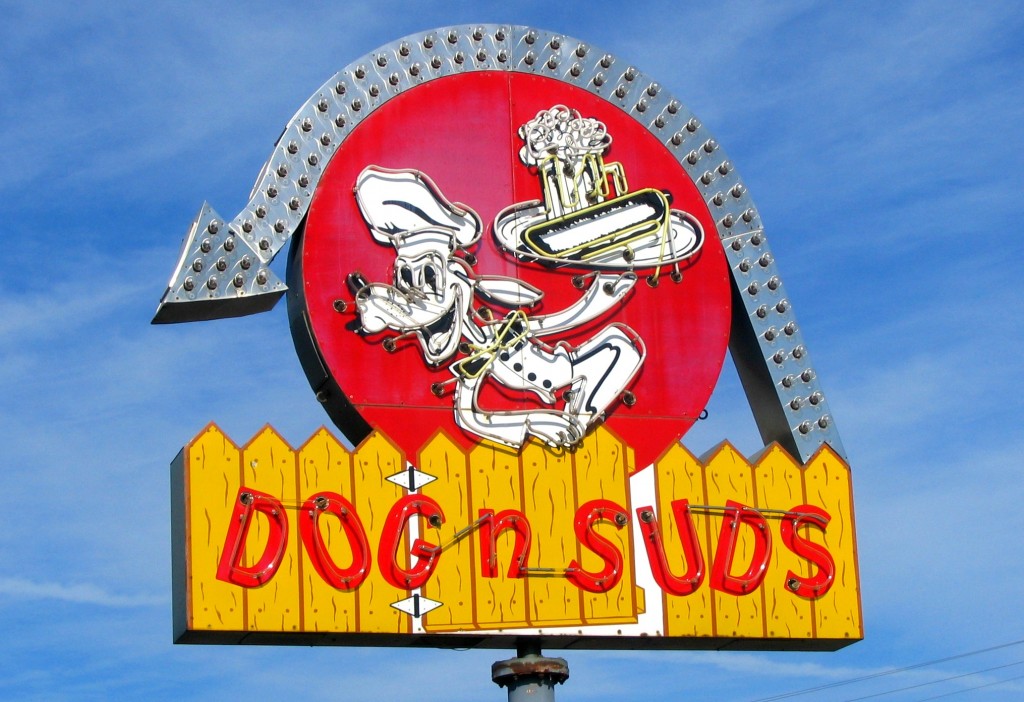 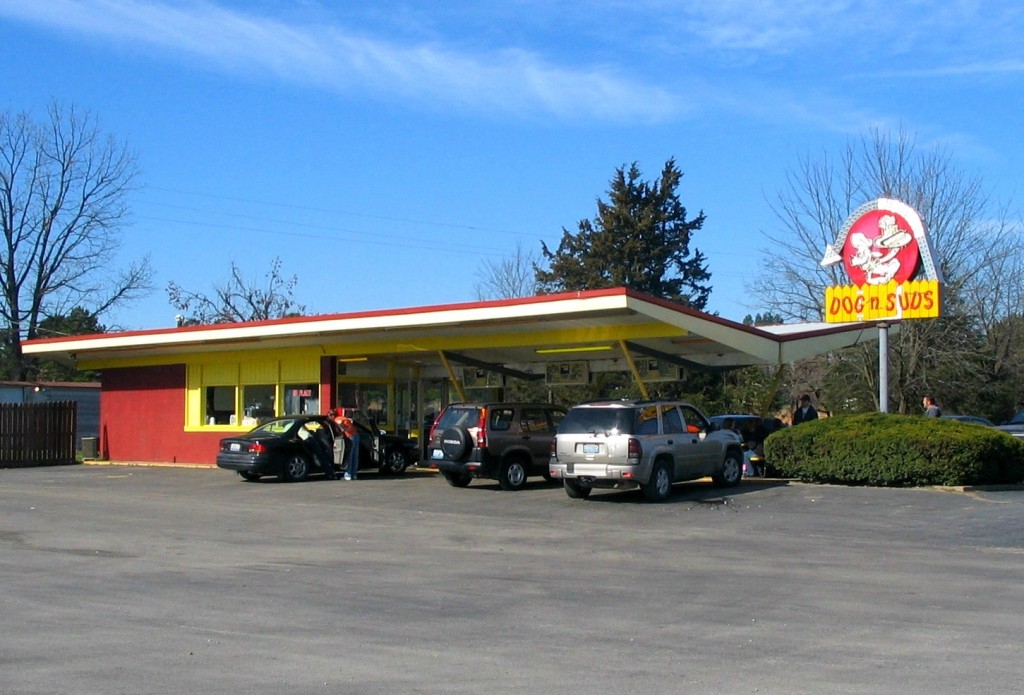 I moderated — I only ordered two corn dogs, onion rings, and a medium root beer. My wife had a hamburger, fries, and a root beer float. My daughter had a hot dog, onion rings, and a float. The food was excellent — every bit as good as I remembered. This was our view as we ate. We bought a liter of root beer to go, and I started my collection — two cups, a liter bottle, and three bags. 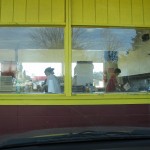 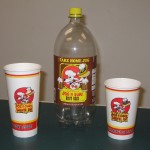 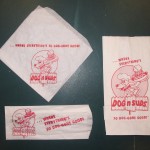 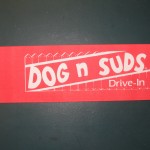