In the summer of 1780, during the Revolutionary War, George Rogers Clark led a band of 1,000 men across the Ohio River into what is now Ohio. Their objective was a series of Shawnee villages. The Indians, allied with the English, were raiding American settlements in Kentucky. The Shawnees retreated before Clark’s force until they reached this spot, the village of Piqua, where the British had built a triangular fort. On August 8, the Americans crossed the nearby Mad River and attacked the village. Fighting continued until Clark brought up his artillery to shell the stockade. The Indians were able to escape because the men who were sent up the river to cut off their route were unable to find a way through a swamp in time. 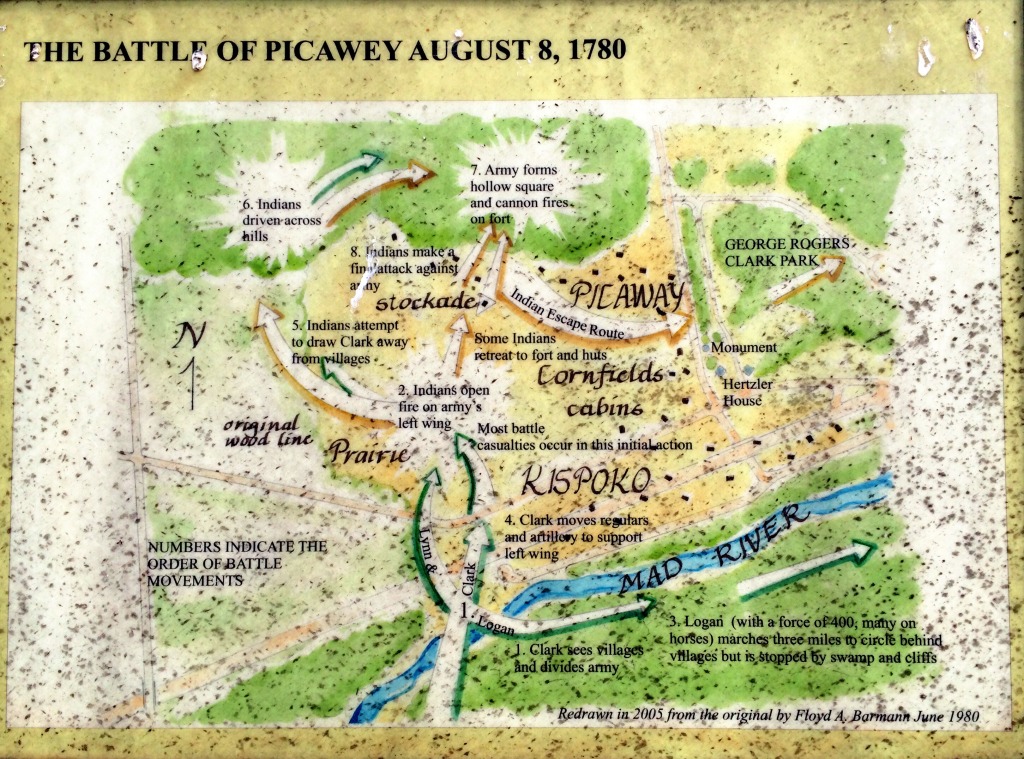 The village, and much of the fighting, took place in the field beyond the rock. 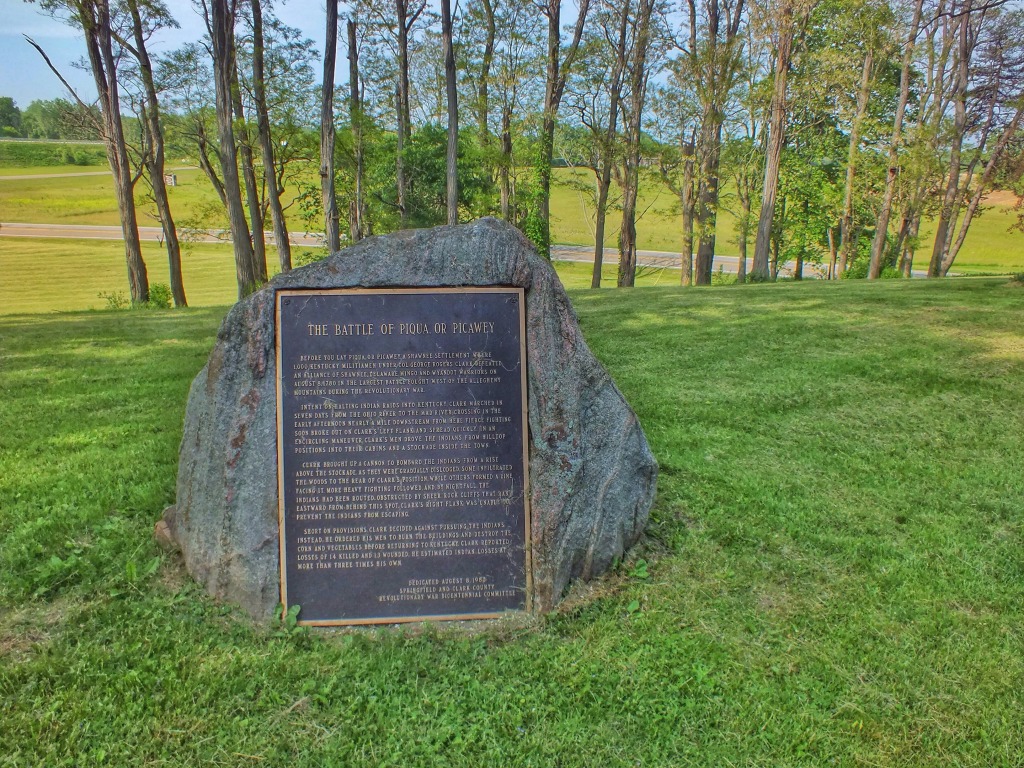 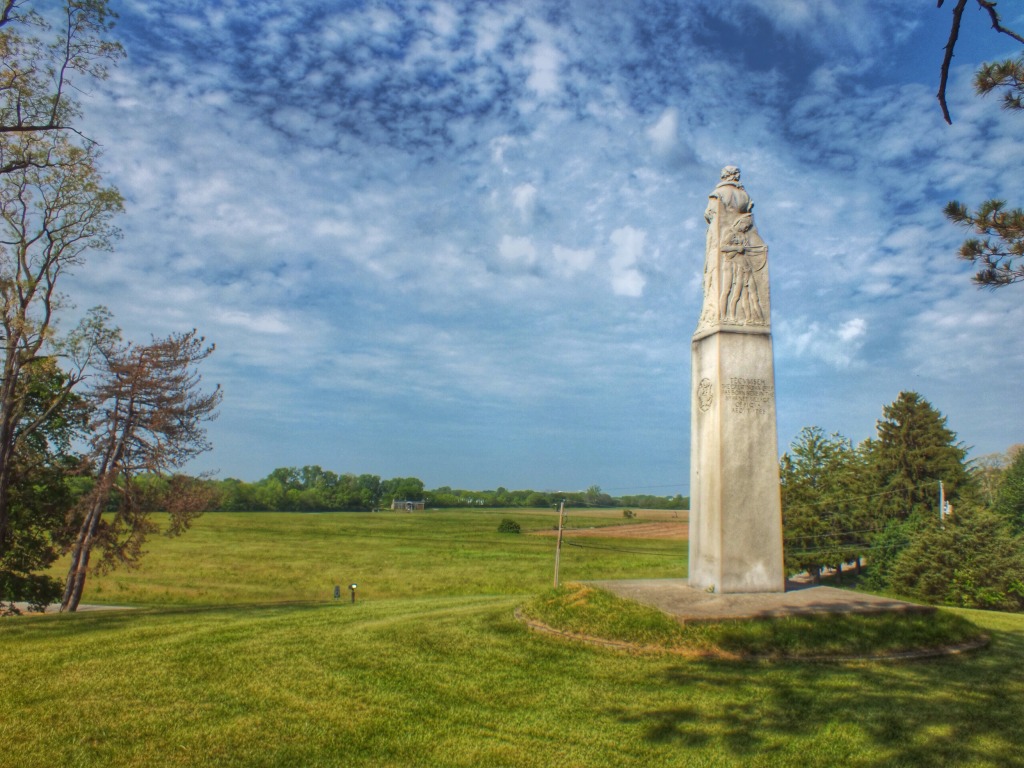 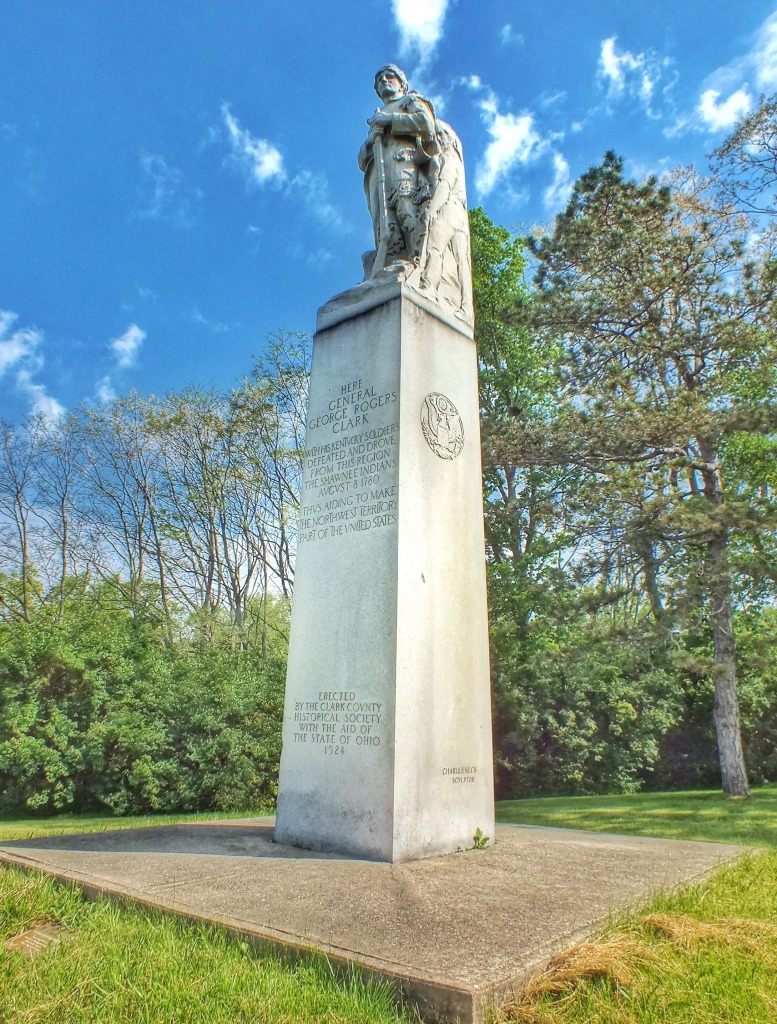 The Indian warrior Tecumseh was born in Piqua. The back of Clark’s monument commemorates him. The fort and Shawnee village have been rebuilt on the hill above the battlefield. 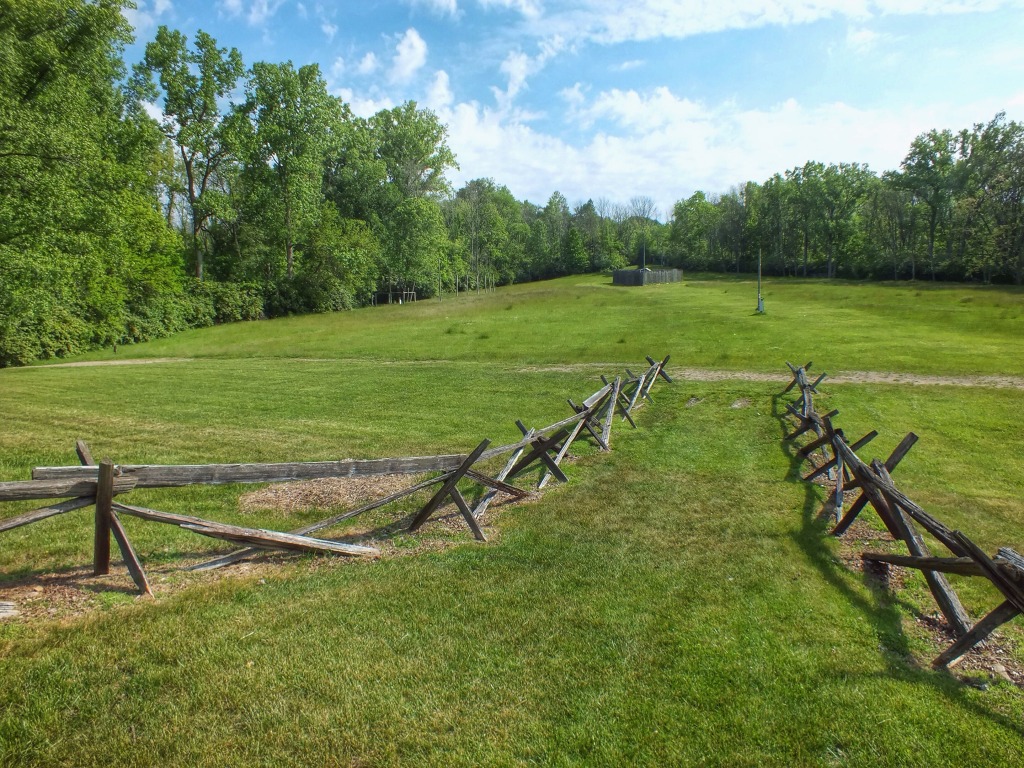 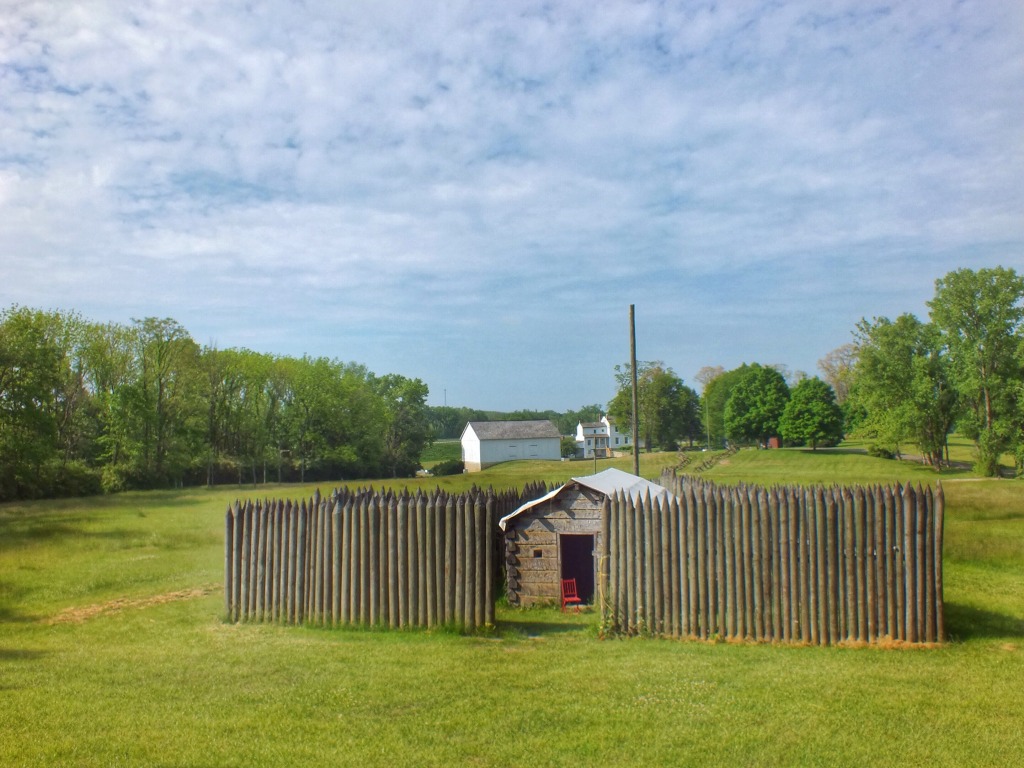 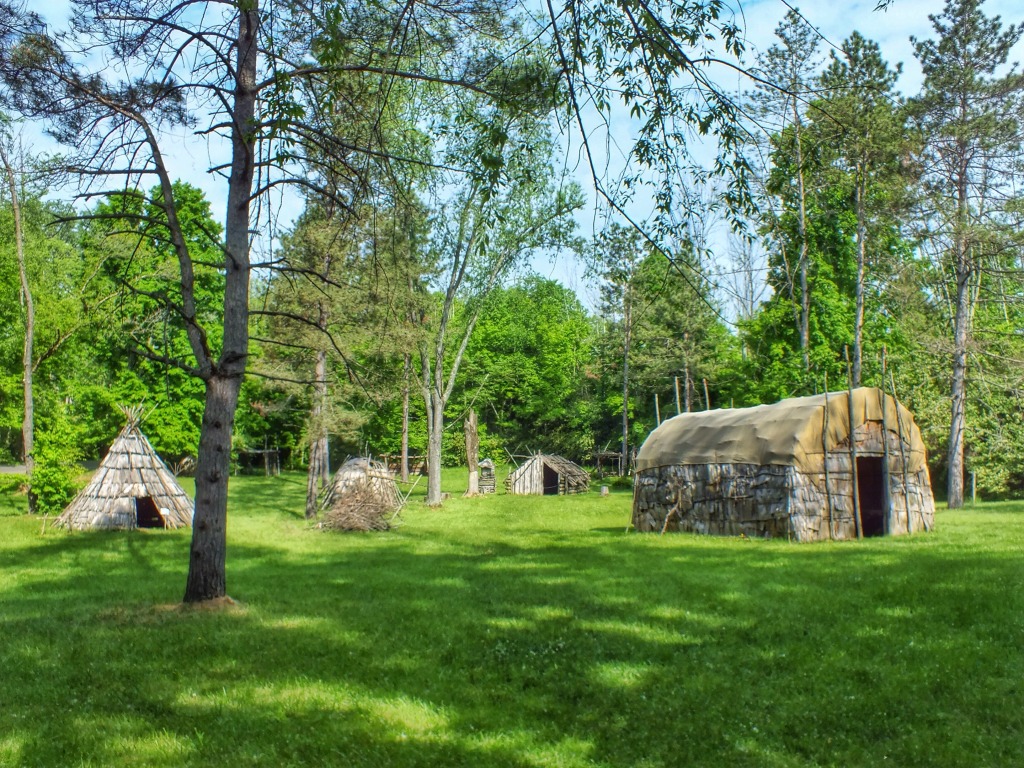 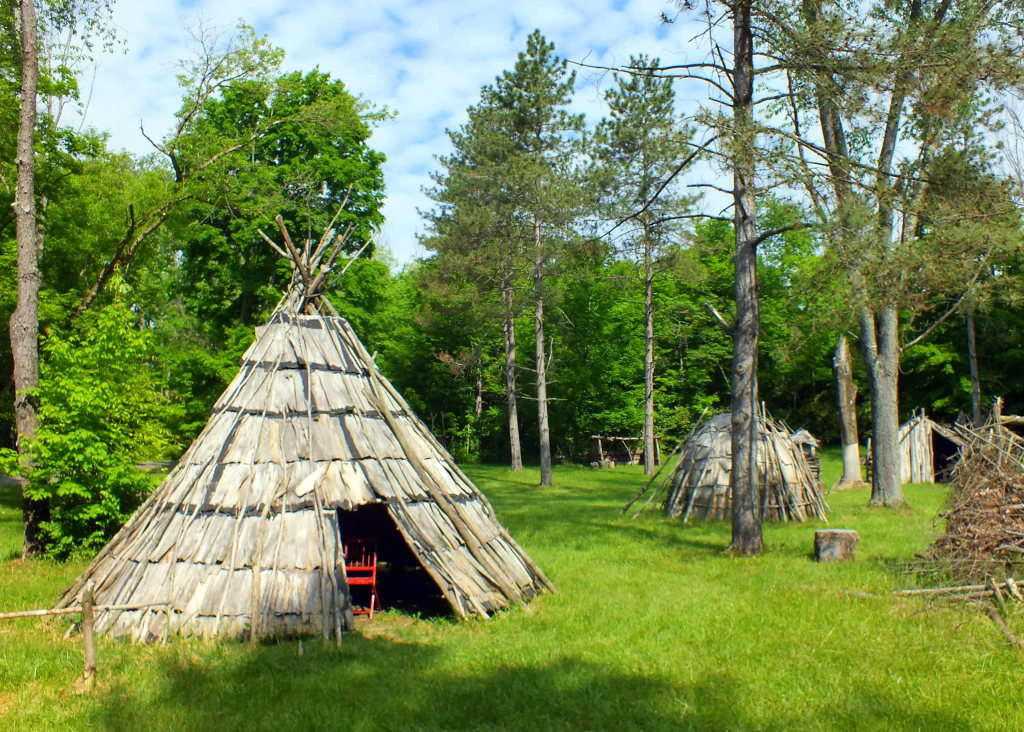 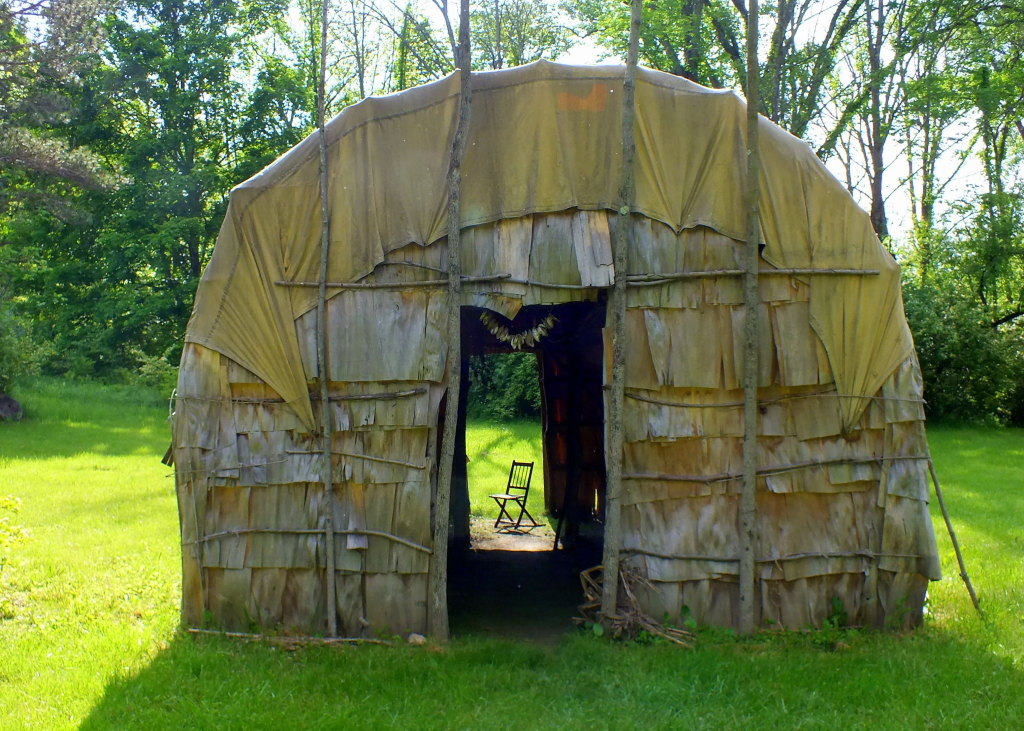 There’s a visitor center on the other side of the battlefield, but of course it was closed on the day we were there. We wandered by and looked around. Here’s a shot of the battlefield from near the building. If you enlarge it, the Clark monument can be seen on the hill in the right distance. 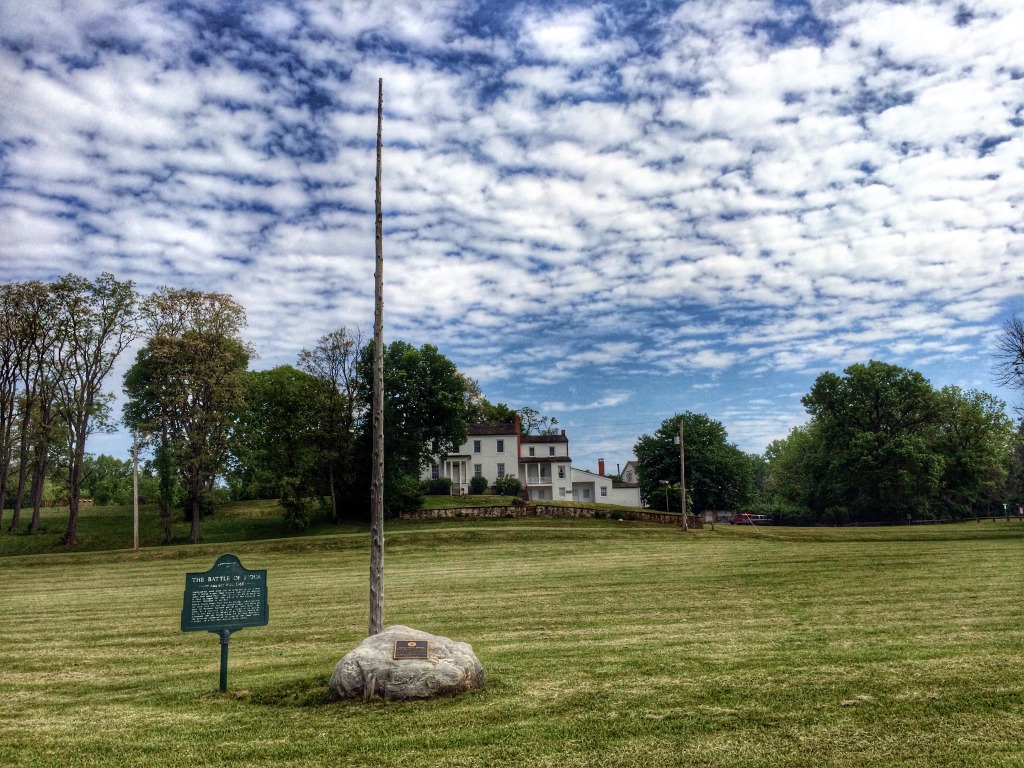 Here’s a close-up of the plaques in the above photo. (The white building visible in several of these photos is the Hertzler House, open for tours but not on this day. Of course.) 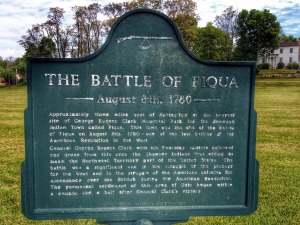 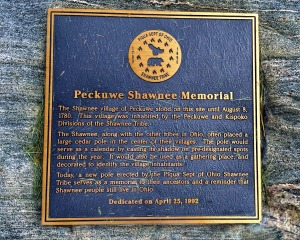