accipiter (hawk) cooperii (in honor of William Cooper, of New York, who shot the bird which Charles Lucien Bonaparte described for science in 1828)

This sanctuary is one of the “can’t miss” birding spots in North America, but my first impression was not overwhelming.  A dinky, muddy little creek winds through scruffy woods.  It looks a lot like a Cook County forest preserve.  But it is one of the only patches of this type of habitat left in southern Arizona, and it is a magnet for birds. A serious flood had swept through the valley the previous year and things were looking scruffier than usual.  Near an old bridge abutment, the creek widened out into a little pool.  We were enjoying the view when we saw two hawks zip through the cottonwoods, one chasing the other.  The chaser was a Cooper’s Hawk. It flew to a limb of a tree and sat for a few minutes, calling loudly.  It sat upright on the branch and gave us a good view.  I suspect the chasee may have been an immature Gray Hawk.  (I saw three there a few minutes later.) 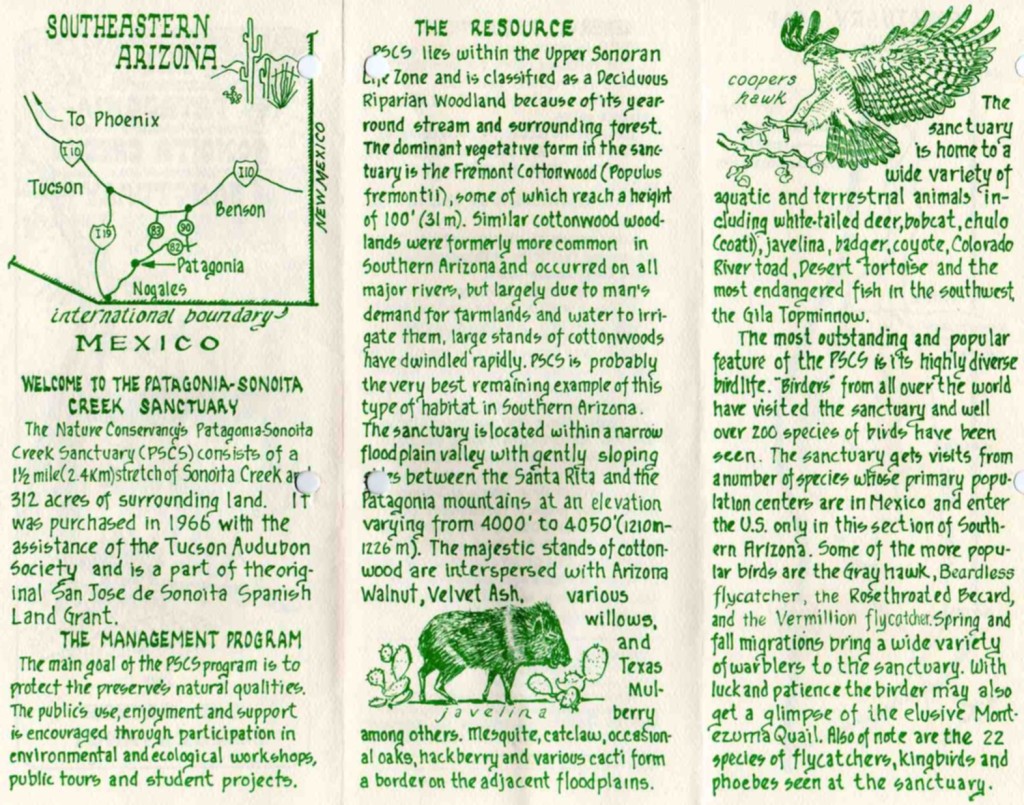