I had been to Powell Marsh many times, but I’d never seen this bird.  This time, I made a deliberate effort.  I studied up the night before in five or six field guides.  I memorized all the field marks and listened to the song on tape over and over again.

I got to the marsh shortly after 6:00 a.m., just as the fog was lifting.  I was greeted by a Common Snipe winnowing overhead and a Sandhill Crane yodeling in the mist.  The marsh was alive with wildlife.  Alder Flycatchers, Black Terns, American Bitterns, Sedge Wrens, Common Yellowthroats, Yellow Warblers, Savannah Sparrows, Swamp Sparrows and Red-winged Blackbirds were vying for my attention.  A large Beaver was following me, swimming down the open channel that runs along the levy.  Every five minutes or so, it would protest my presence with a loud slap of its tail. 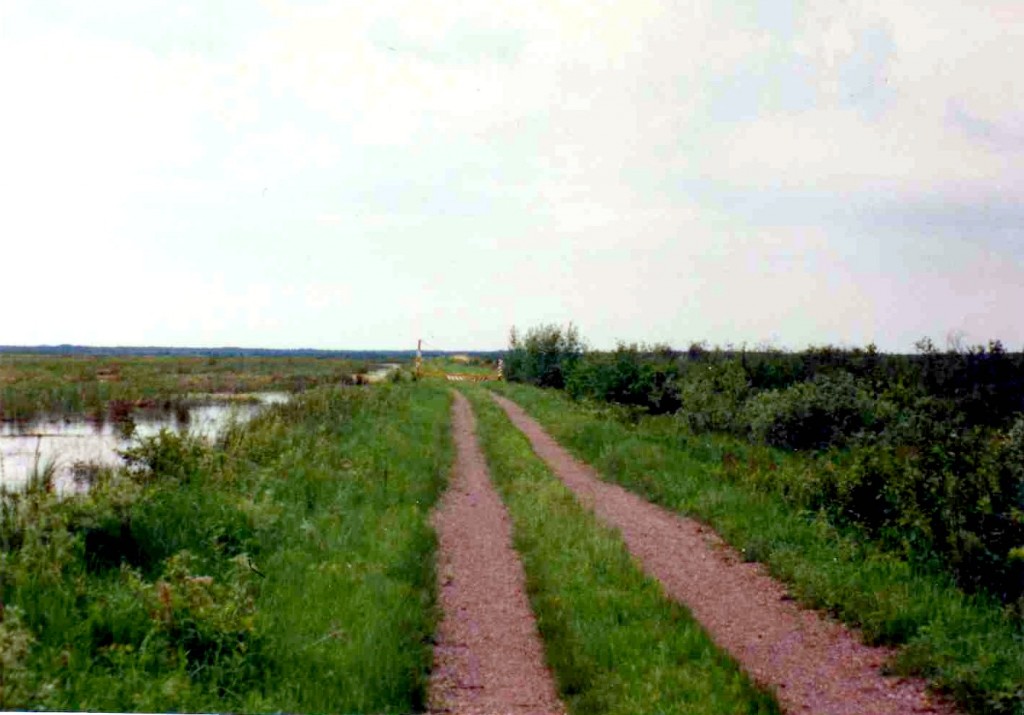 About half a mile out into the marsh, I heard an insect-like buzz off in the distance in a part of the marsh covered with thin grass about two-feet high.  Small (less than five feet) shrubs were scattered here and there.  I scanned with my binoculars but couldn’t find the bird.  But I heard the “song” every fifteen seconds or so.

I finally found the Le Conte’s Sparrow.  It was perched on top of a small stalk about forty yards from the levy.  It looked around and occasionally lifted its head to sing.  I got it in my scope and had a great view.  The bird switched positions once in a while, and I got to see every field mark perfectly.  I even had time to pull out my Peterson’s and make sure I wasn’t missing any.

I was momentarily distracted by a male Northern Harrier that cruised by, and when I looked back the Le Conte’s Sparrow had moved closer.  It was now only twenty yards away, perched on top of a forked stick that poked up through the grass.  It had one foot on each branch of the “Y”, facing me, and still singing.  It shortly disappeared into the grass.