This one was easy.  A Birder’s Guide to Minnesota says, “There are two excellent lakes in Crow Wing County for observing the sought-after Red-necked Grebe. On North Long Lake their nests are visible in the bulrushes just a few yards off Hwy. 371.”

On Monday morning I drove into Brainerd, then headed for North Long Lake on Route 371. I hadn’t even slowed down when I noticed two birds swimming in the open water just beyond the wild rice. I pulled over, set up my scope and … Red-necked Grebes. I didn’t see any nests, but I saw plenty of birds. 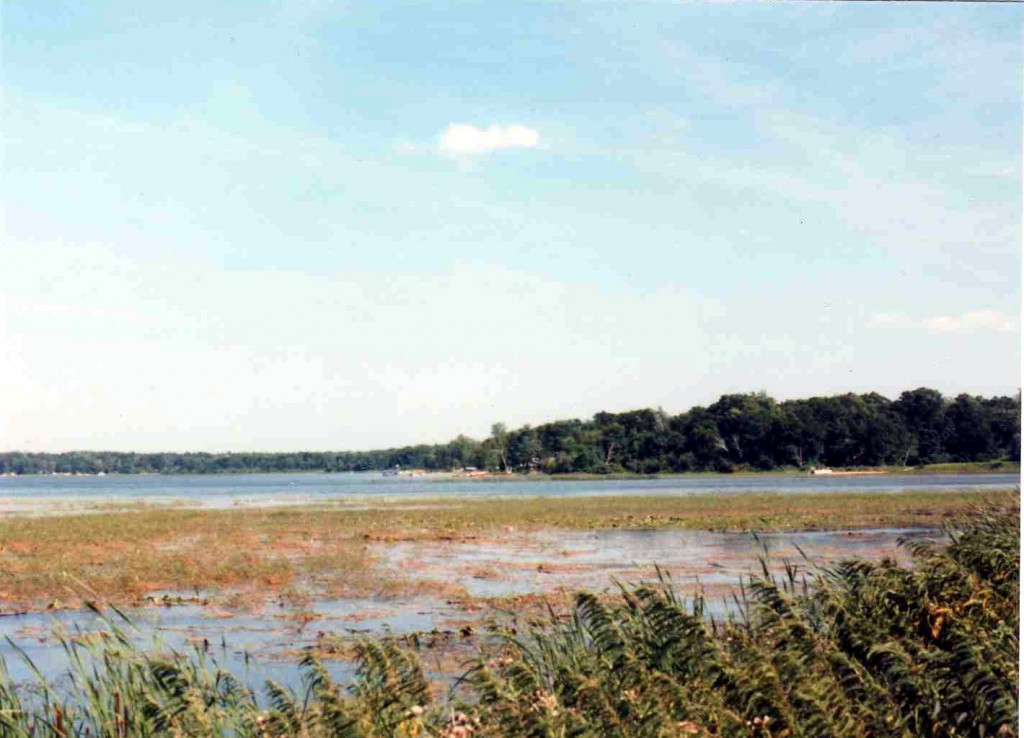 The two birds were lazily swimming, drifting and occasionally diving about 10 yards beyond the rice and 60 yards or so from shore. One was preening, rubbing its neck on its back and picking at the feathers. I noticed a bump on its back. I was trying to figure out what it was when the grebe fluffed up its wings and made a little jump forward. A tiny chick popped off its back and landed in the water behind the adult. A few seconds later this was repeated, and another chick landed in the lake. The two very tiny chicks followed closely after the adults for a few seconds, then climbed back aboard and hid under the wings. The adult resumed its lazy drifting.

I scoped the rice beds and noticed another pair about 150 yards further south. One adult was floating still in the rice while another swam up to it with a five-inch fish in its bill. The reeds were too tall for me to see much of what was going on.

I heard the original pair giving a loud, high-pitched “ki-ki” call and resumed watching them for a while. They weren’t doing too much.

I got back in the car and headed north. I spotted four more grebes about 300 yards along the lake. Two adults were swimming close to shore amidst the rice, about 40 yards apart. Each adult was accompanied by a larger, stripe-headed chick.

Later in the day, I stopped by again with my wife to take pictures.  In the area where I saw the two with the fish, we saw two adults and two larger chicks for a probably total of 12 grebes within a 400 yard stretch of lake. One of the adults was swimming in a line, dipping its head under the surface every few seconds and letting the water run over its back.