gavia (seabird) stellata (starred, for the white speckling on the back in winter plumage)

I’ve kept my eyes open for Red-throated Loons in the past, but as far as I know I’ve never been near one. IBET reports that more were being seen on Illinois’ Lake Michigan beaches this year than ever before. A Purple Sandpiper was also being seen in Waukegan, so I had to give it a shot.

As many as seven loons have been seen off Illinois Beach State Park, by the hotel. That’s where I went first. I walked up and down the beach, stopping regularly to scan the lake. But it was empty except for a few Buffleheads.

I drove south to Waukegan Harbor where I saw the Purple Sandpiper without difficulty. Another Red-throated Loon has been spoted recently off the south end of the harbor, so after I got done with the sandpiper, I scanned the lake, then walked to the end of the long breakwater and scanned again. Nothing.

The third and final reported site was at the south end of Winthrop Harbor, by Camp Logan. I walked out and scanned and saw … nothing.

So much for IBET reports. I drove to the north end of the harbor to look at the gulls on the docks. Just for fun, I walked to the back of the yacht club and scanned the lake to the north, over the breakwater. There wasn’t much going on, but just before I gave up I saw a bird way out. It was gray and white and not a gull, but I couldn’t see much else. I kept watching. Much of the time it was mostly-hidden behind waves or diving under. But each time it came up, it was a bit closer. It swam low in the water and dove effortlessly. 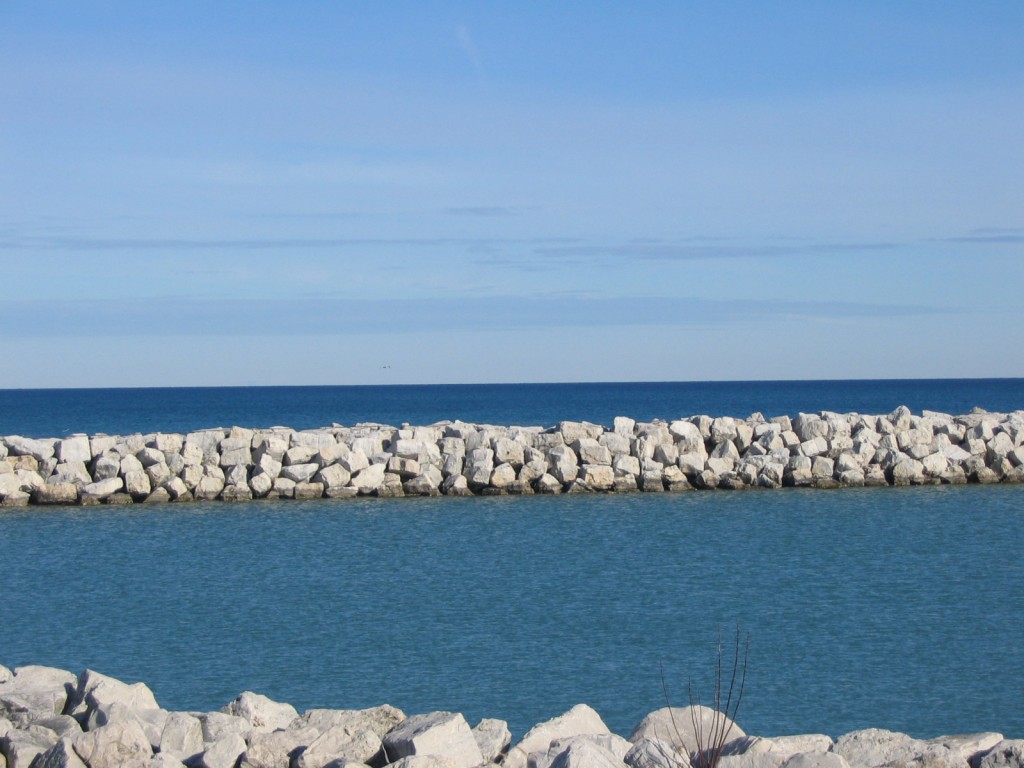 I lost it briefly a few times. Just about the time when details were coming into focus and I knew for sure it was a Red-throated Loon, it disappeared from my view behind the breakwater. (In other words, it was too close.)