arenaria (pertaining to a sandy place) melanocephala (from melas, black, and kephale, head)

I didn’t see any sea lions on the Sea Lion Rocks off Tillamook Point, but while I was looking for them, I did see four or five sandpipers fly in from the ocean and land on one of the rock shelves down below. With the help of my spotting scope, I identified them as Black Turnstones. They foraged around on the rocks for several minutes, often disappearing because they blended in so well. They were way too far away for me to get pictures. 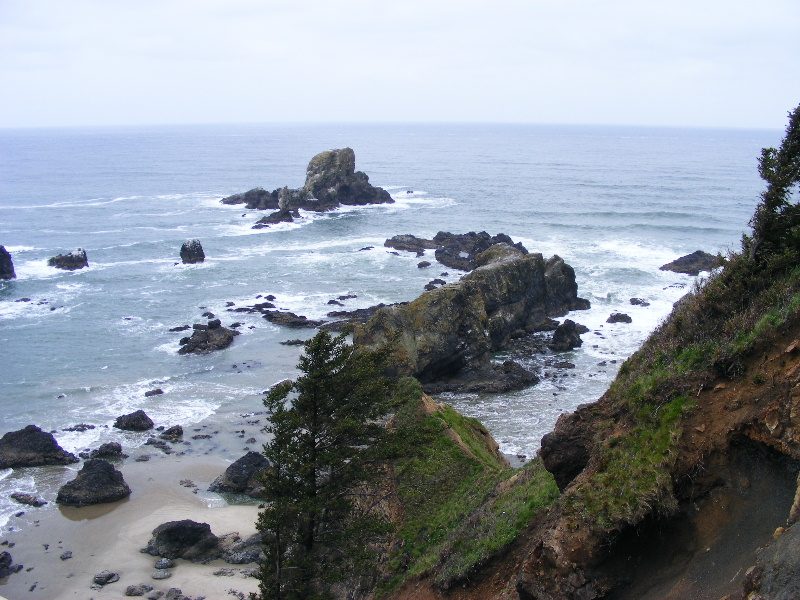 I spotted a flock of about 15 later in the day flying past the beach at Meares Point.