empidonax (from empis, gnat, mosquito, and anax, king) wrightii (given by Spencer F. Baird in 1858 for Charles Wright, a Connecticut botanist who collected birds in the Southwest)

I spent a little over an hour birding Temple Canyon Road from Canon City to the border of Temple Canyon Park and back. There were birds around, but I wasn’t having much luck identifying them. On the way back down, I heard a bird singing loudly from a pine near the road. I quickly pulled over and got out. That bird turned out to be a Black-headed Grosbeak, but while I was tracking it , I became aware of another bird singing on the far side of a small valley. 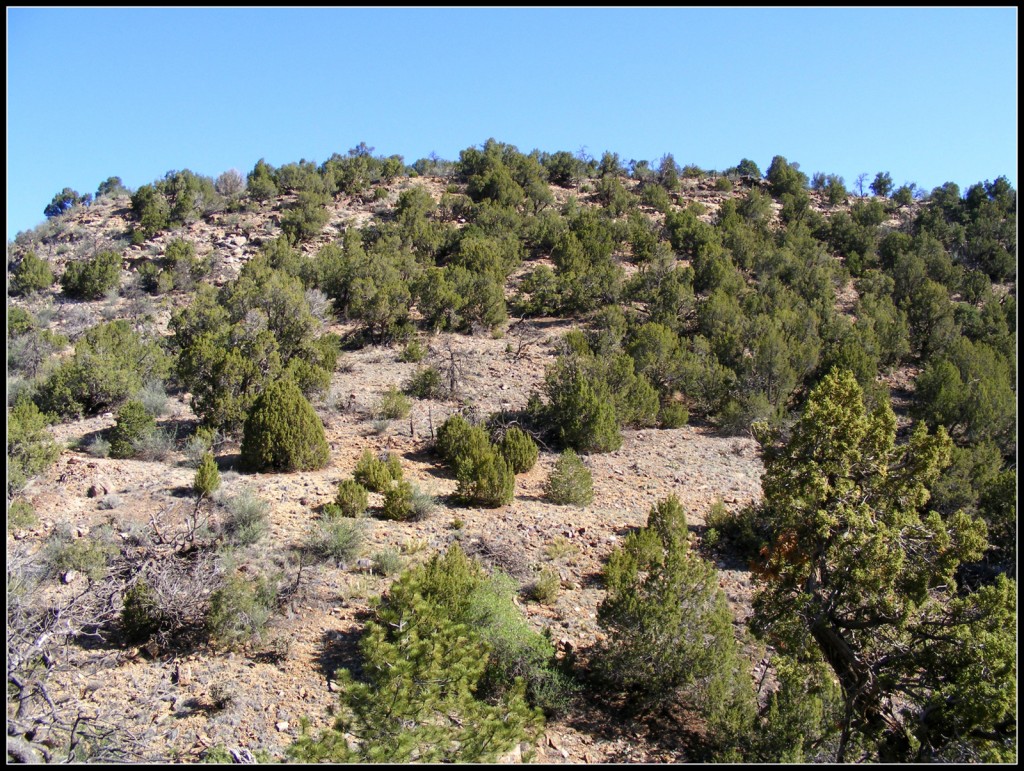 It sounded like an empidonax flycatcher, but I knew it wasn’t one I’d seen before. I also knew Gray Flycatchers were often seen along this road. I read the description of its calls in my bird book — “two phrases so different they seem unrelated: mostly a rough jr-vrip, occasionally a high whistled tidoo.” That’s exactly what I was hearing. 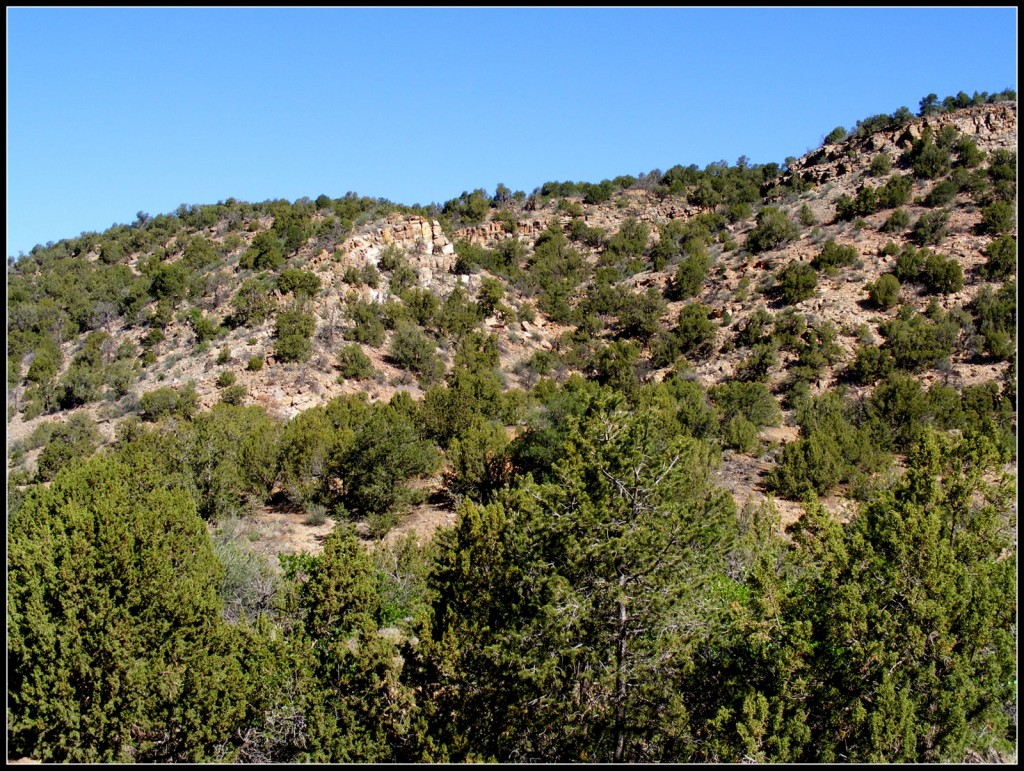 It took me a while to find the bird, but I eventually did. It was perched on a branch of that dead tree barely visible in the center of the above photo. It was too far away for me to get a close look, but I could tell it was a small flycatcher. When perched, it slowly wagged its tail downward. It flitted to two or three other nearby trees and then down into the valley out of my sight.