On Saturday morning we drove the roads in Custer State Park. The weather could not have been more perfect. I had everyone watching and listening for the life birds I had a chance to see, including Pinyon Jays. We were driving a stretch with groves of trees in the prairie when my wife heard jays. I stopped and jumped out. I didn’t see them, but I’m sure they were Blue Jays. But while I was out of the car, I heard a woodpecker in the trees behind the car. 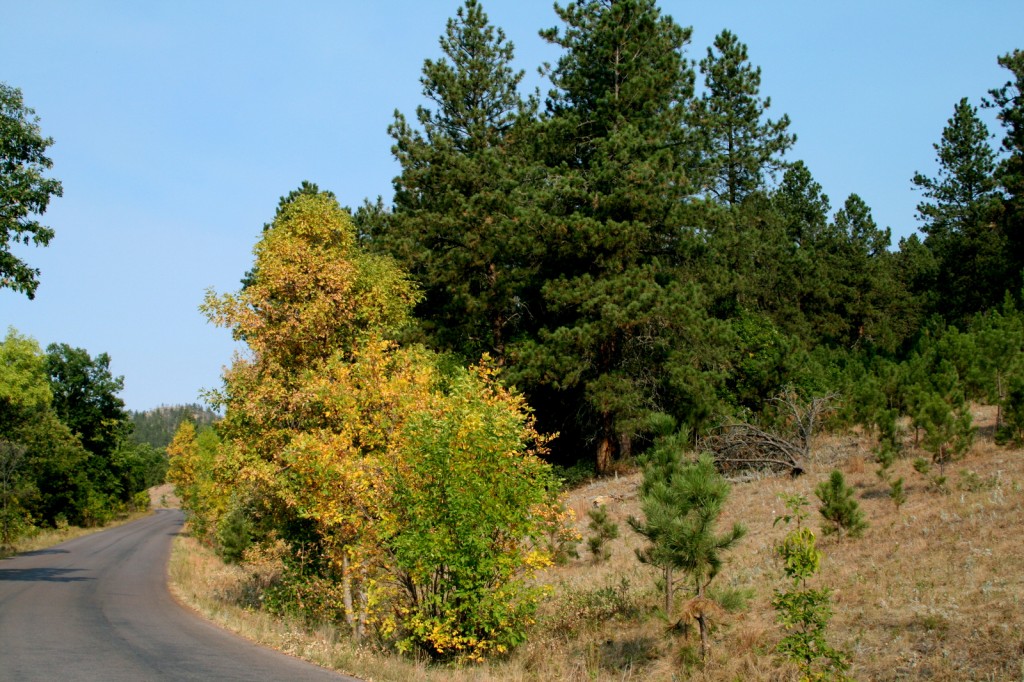 I saw it fly across the road into a small tree. The light angle was wrong, but I could plainly see that it was a sapsucker and that it had extensive red on its throat. I couldn’t see the back of its head, but before I could get a better look, it flew back across the road into a grove about 40 yards away. I saw it briefly after it landed, but then it disappeared. I kept looking and in the next few minutes spotted a Red-shafted Flicker and one (or maybe two) immature Red-headed Woodpeckers. I never saw the sapsucker again, but based on range and the field marks I did see, I’m sure it was a Red-naped Sapsucker.

NOTE: In the spring of 2017, I began entering my sightings onto the eBird database. I had seen two sapsuckers in Arizona in April, 1984. At that time, Red-naped Sapsuckers were considered a subspecies of the Yellow-bellied Sapsucker, which I’d often seen. I was entering a lot of data quickly and didn’t stop to think. But eBird was programmed otherwise and changed those two sightings to Red-naped Sapsucker. So technically, I saw my lifer on April 3, 1984. But I’m not going to change the orders of my lifer list.