Lawrence’s Goldfinch is listed as rare on the Reserve bird checklist, so it wasn’t on my radar. But Charity, the resident naturalist, told me that she was seeing them regularly this winter. This was good news, because this bird can only be seen in California.

On my first pass by the spring on the the Vista Grande Trail (where I’d seen the Oak Titmouse) I’d heard and gotten brief glimpses of several small birds that sounded and acted like goldfinches. I made my way back to the area as the sun was going down and waited. After ten minutes or so, I saw two small birds land in the top of a leafless tree about forty yards away. One of them was clearly a male Lawrence’s Goldfinch, with a bright yellow breast and black face and cap. The other, which landed further down in the tree, was more drab, with a gray head, but with distinct black, white and yellow wing bars. 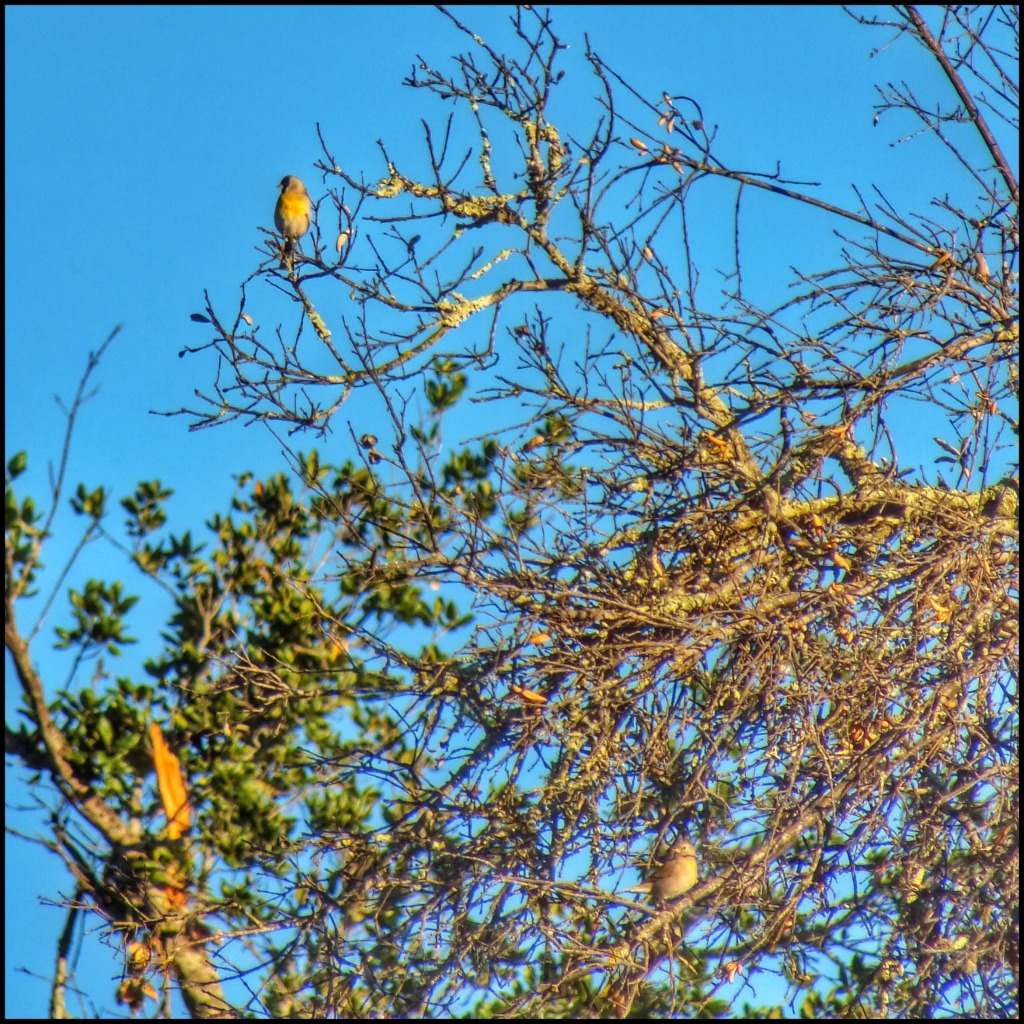 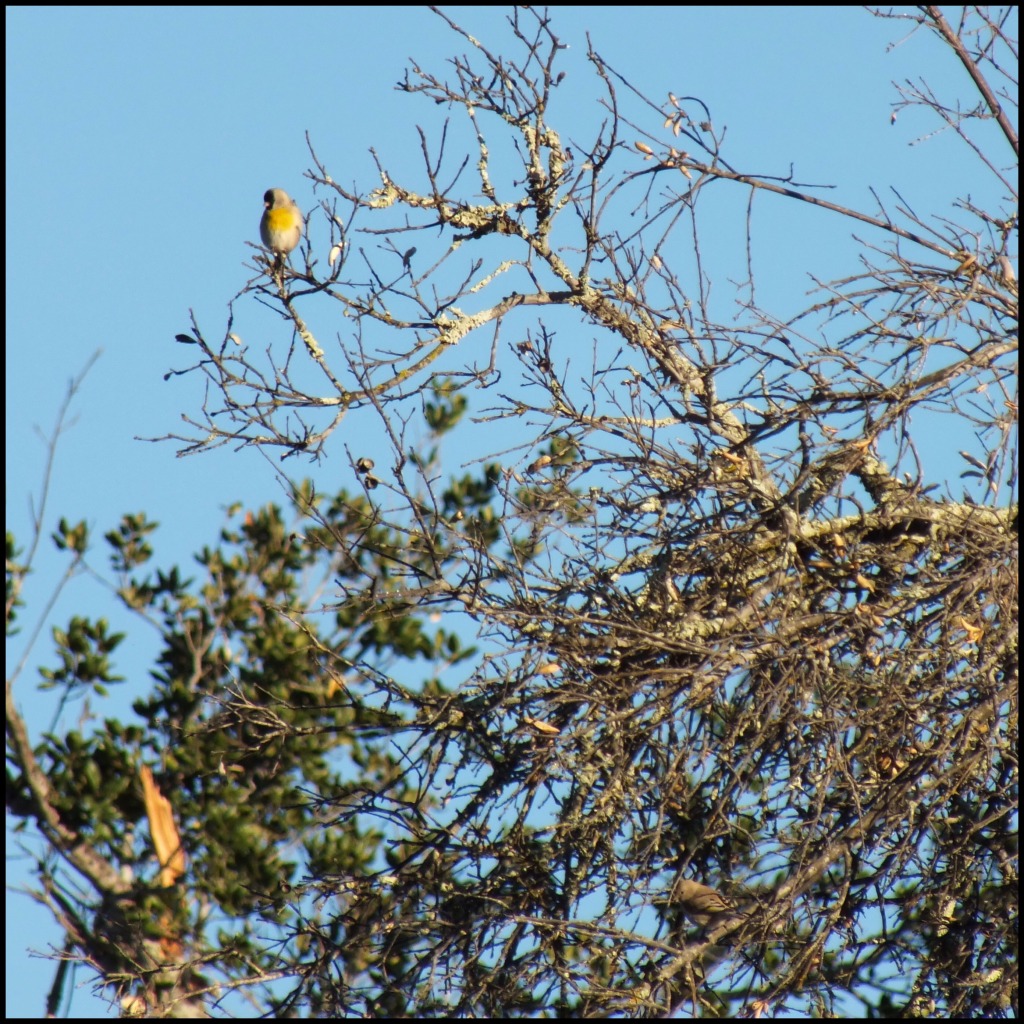 As I stood there watching and taking photos, a very loud, very rude family — parents and three boys — came barging down the path making as much noise as they could, even after they saw me standing there. They stopped right behind me and watched as one of the boys casually knocked over a portion of a post and rail fence, then clomped away down the trail. The birds left about the same time as the jerks.

Here’s a shot of the trees from where I stood. The birds were in the bare branches in the center of the photo. You can see I didn’t have a close-up view. 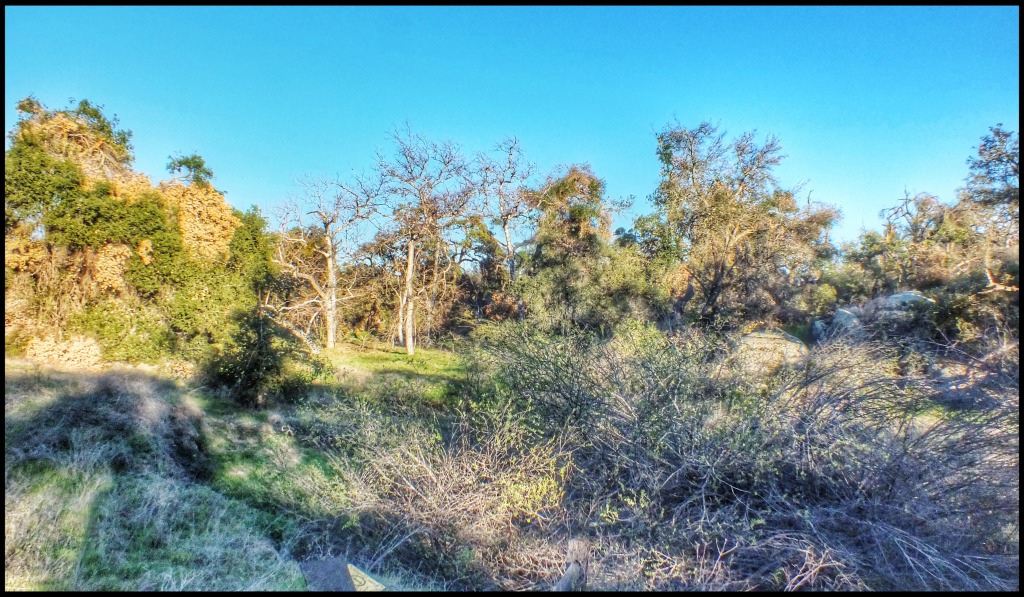