dendrocoptes (from dendron, tree, and kopto, to strike) medius (intermediate)

It is my opinion that this attractive woodpecker has a very stupid name. “Middle Spotted” doesn’t refer to the fact that the bird has spots in the middle of its chest or anything. It just means that there are also Great and Lesser Spotted Woodpeckers.

Anyway, my European field guides warned me that the European woodpeckers are very wary and easily overlooked. I  found that they acted pretty much like woodpeckers anywhere—occasionally conspicuous and generally easy to find if you listen for tapping and watch for their distinctive flight between trees. I ended up seeing five species in Germany.

The Middle Spotted Woodpecker was climbing and poking about a large tree in the woods. It’s red cap and lower belly and white face and shoulder patch are the key features. It moved about in this same tree for perhaps six minutes, then took off to parts unknown. 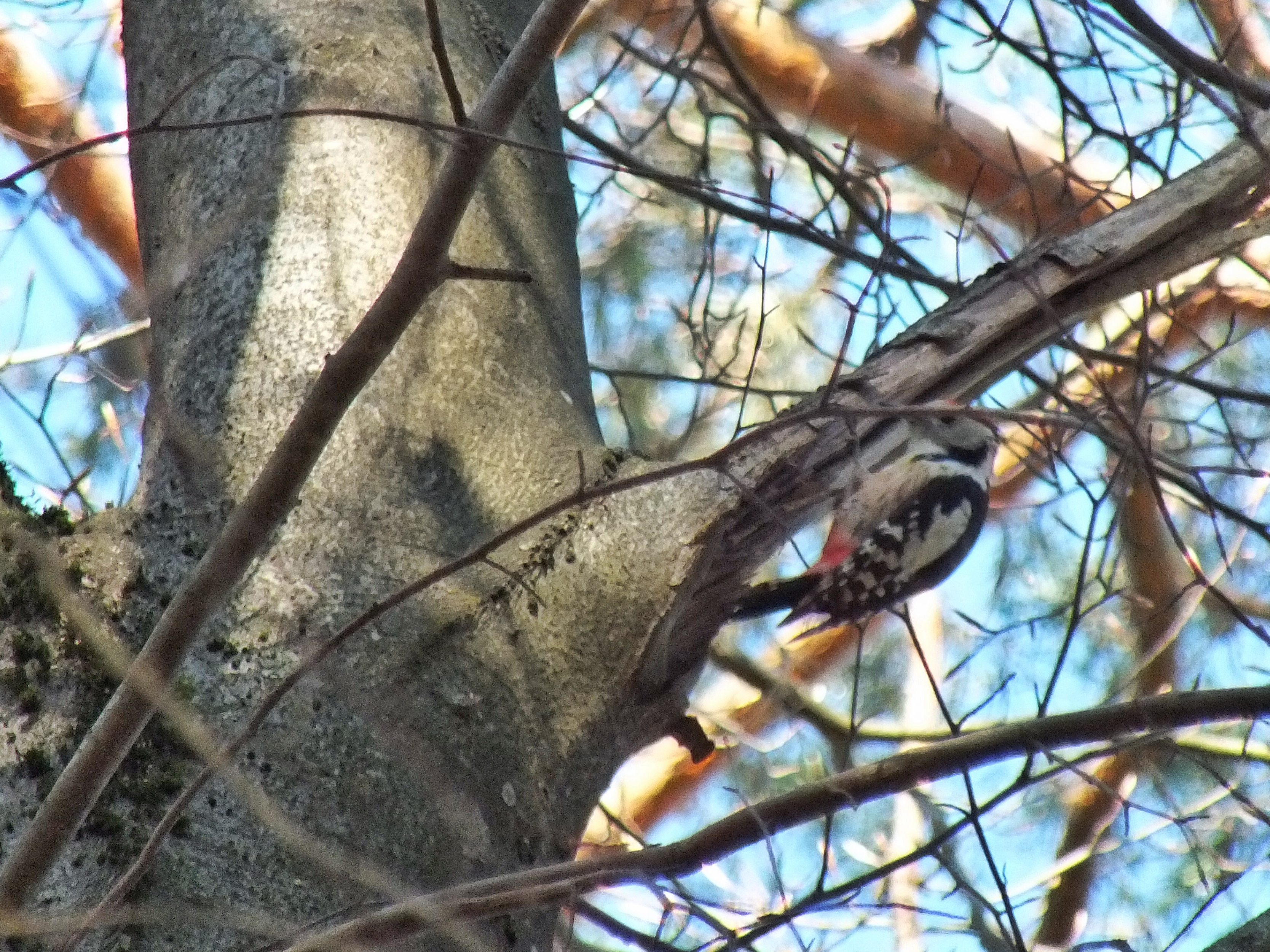 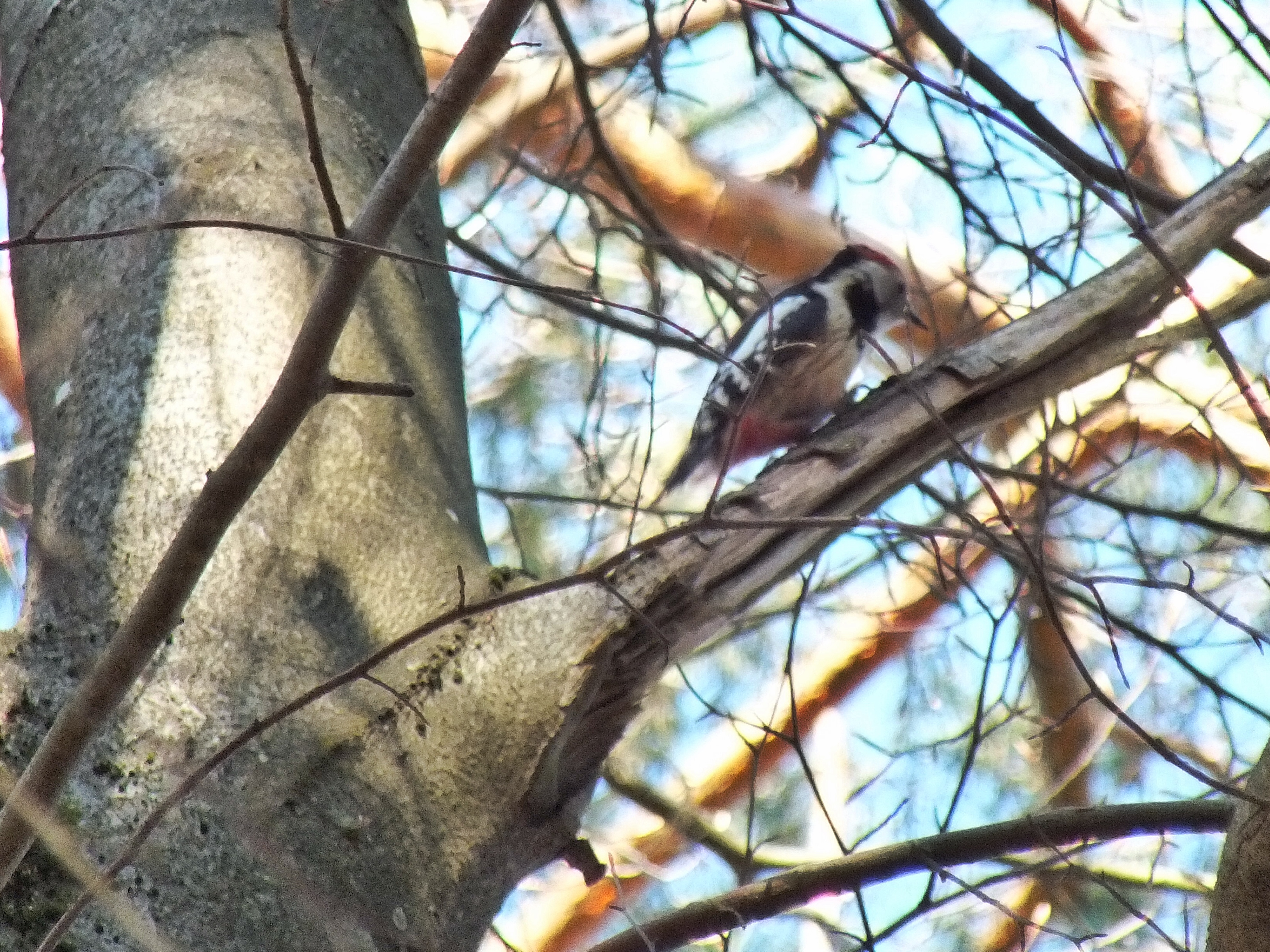 I spotted a second individual four days later on my second trip to the woods.