This is a very rare bird in this part of the country. European Golden-Plovers show up on the Atlantic coast from Newfoundland to Delaware almost every year but there are very few inland sightings and none anywhere near Colorado or New Mexico.

Even though it was being seen in New Mexico, the bird was reported on the Colorado birding forum on Friday. I happened to be looking for something to do on Saturday so I drove the two-and-a-half hours south and arrived around 9:30. I first went to the wrong lake where two birders steered me in the right direction. When I got to the correct lake, two other birders told me the plover had just flown to the far side. I walked around to the other side, followed by four other birders, but I couldn’t spot the bird. I did, however, spot more birders on the side of the lake where I’d started. Where they were standing, the sun was behind them, making for a much better view. I decided to head back around.

The lake wasn’t much more than a six-acre puddle. It was so shallow that sandpipers were foraging in the very middle.

As soon as I reached the birders, they pointed the plover out to me. It was foraging actively at the very edge of the water near a Killdeer and several Green-winged Teal. After five minutes or so, it flew about 20 yards closer, stood fairly still for maybe five minutes, then foraged back around to where I’d originally seen it. It was close enough for decent scope views, but too far for good photographs. Here’s the best of what I got. 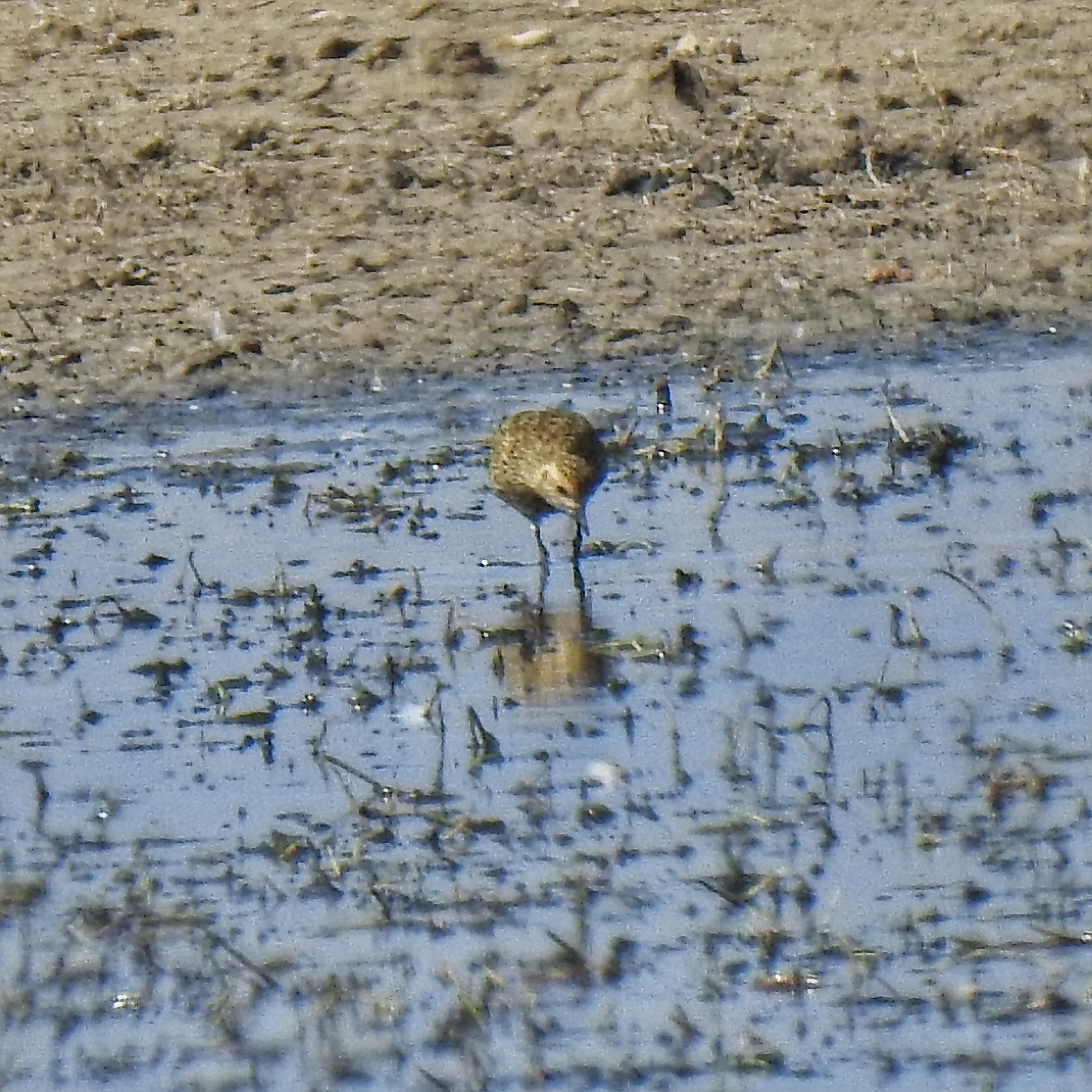 It’s a lot more golden-colored than either the Pacific Golden-Plover or the American Golden-Plover would be this time of year. Other birders said it was obviously larger and plumper than the others would be, but I’ve never seen a Pacific and haven’t seen an American recently enough to make a comparison that means anything. It was decidedly taller and plumper than the Killdeer. 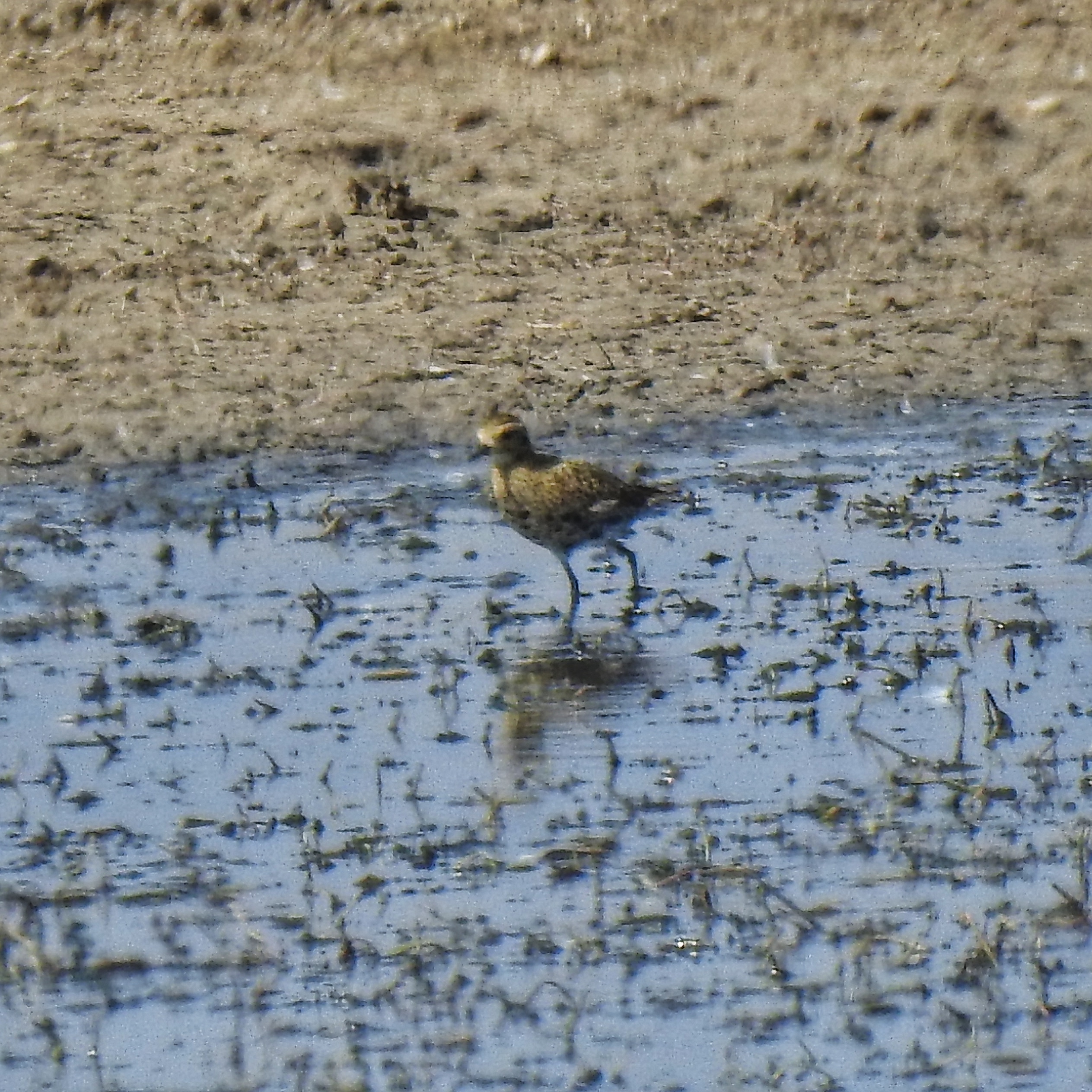 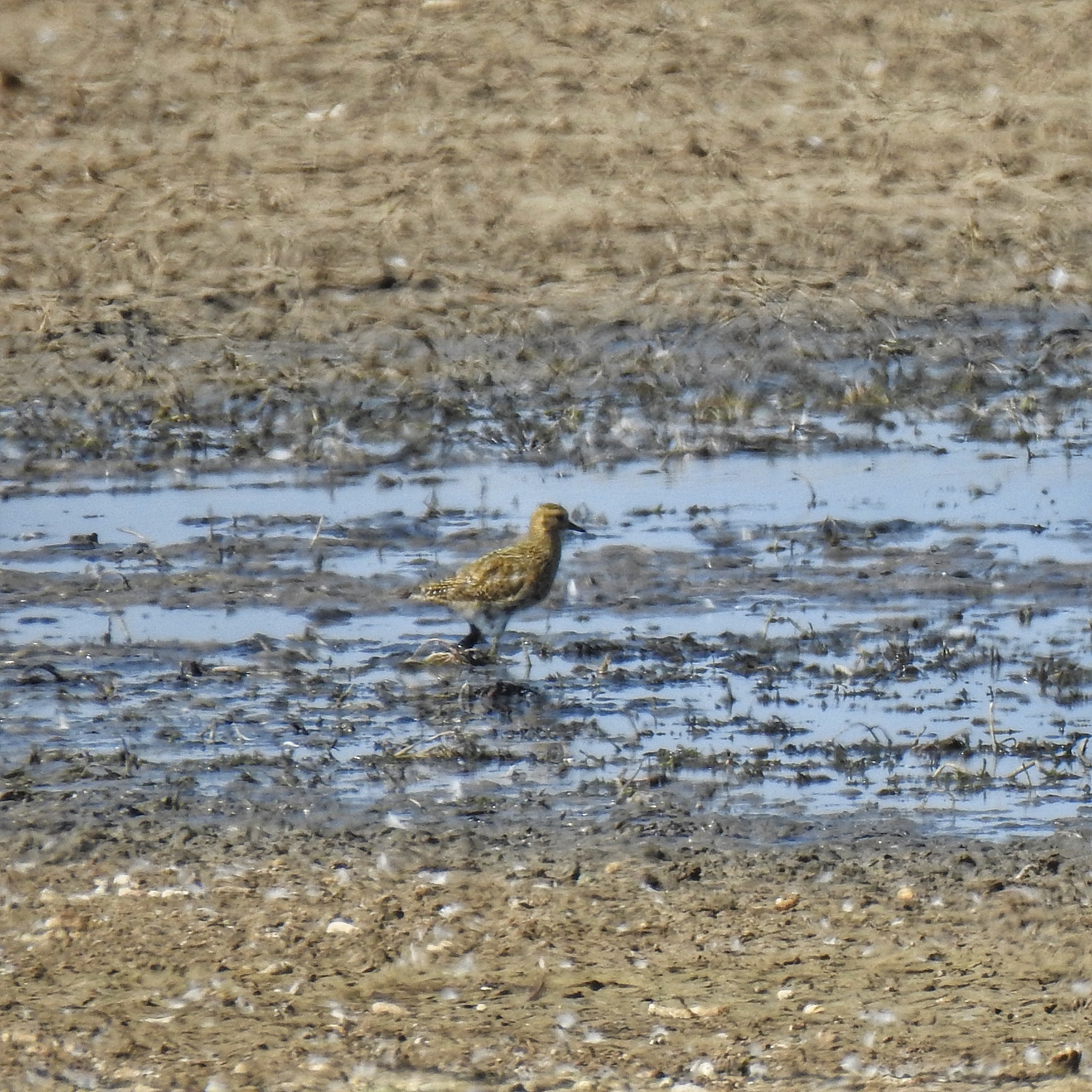 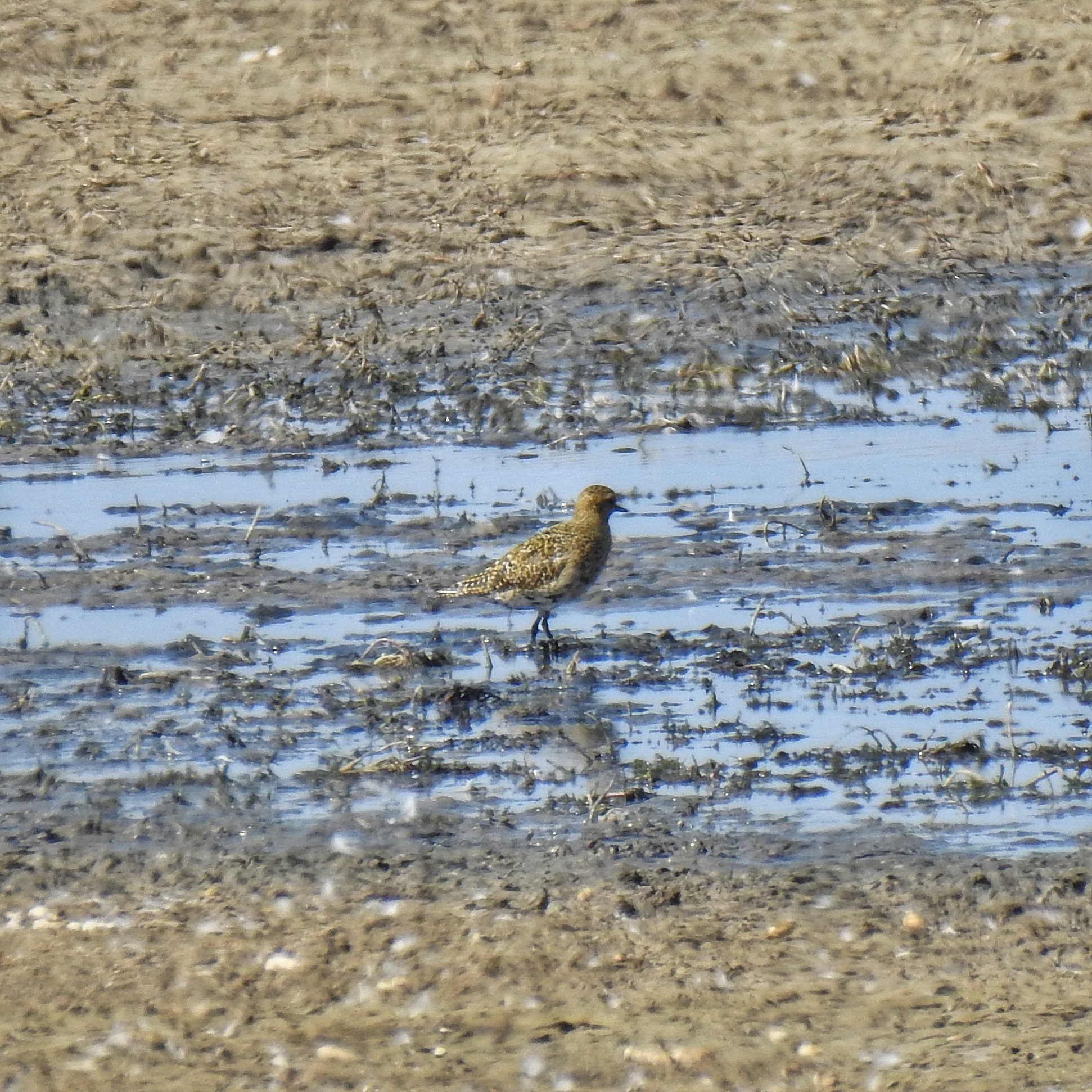 It’s an adult because of the black spots on its chest and belly, left over from the all-black plumage of summer. Another birder told me it was molting, but except for the black spots, I saw no evidence of this. If it is, so I was told, it’s likely to stick around for a while. 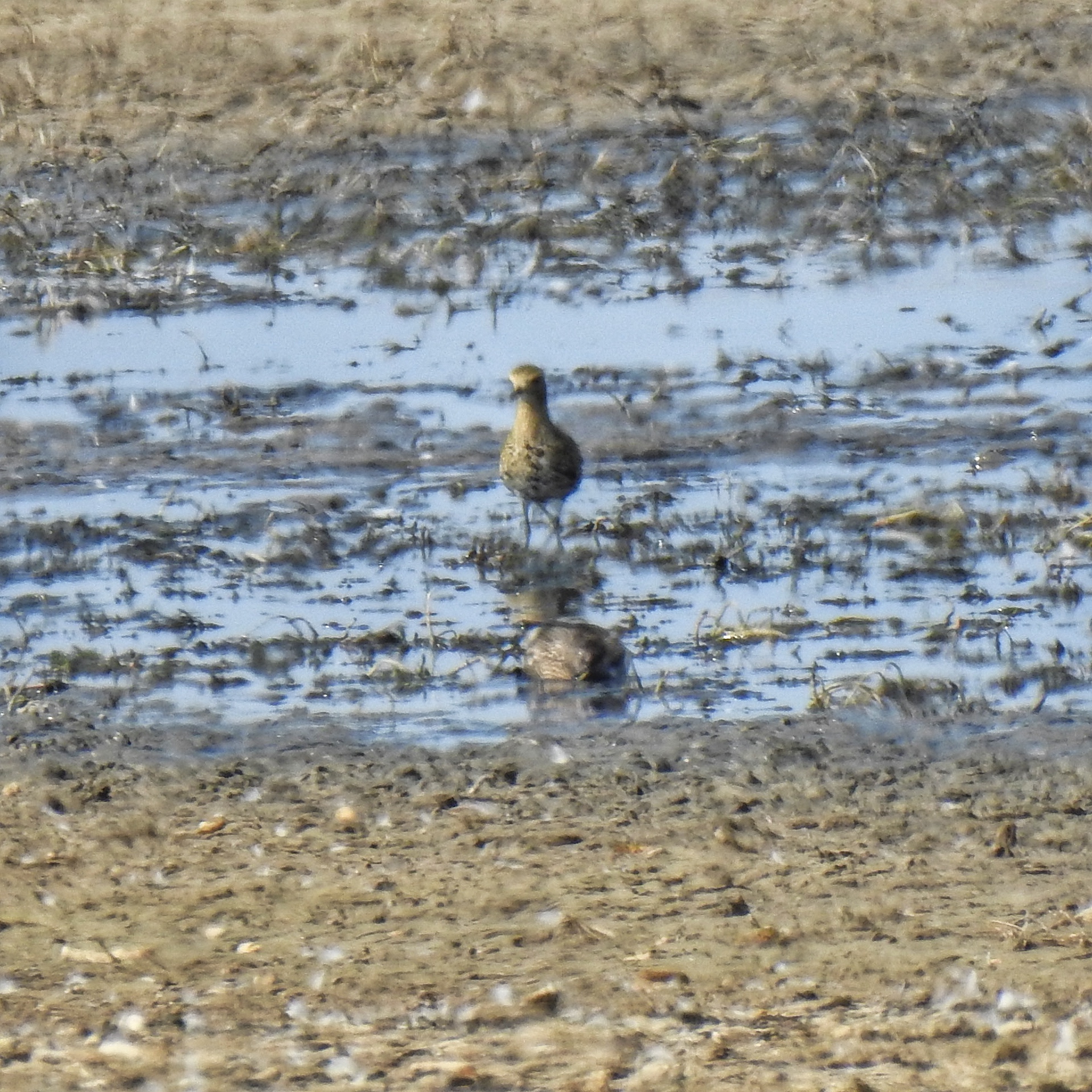 The bill is stubbier than that of the other golden-plovers, and the back is more speckled. The chief distinguishing mark is bright white underwing coverts which I saw distinctly when it flew and landed but didn’t get a photo of. 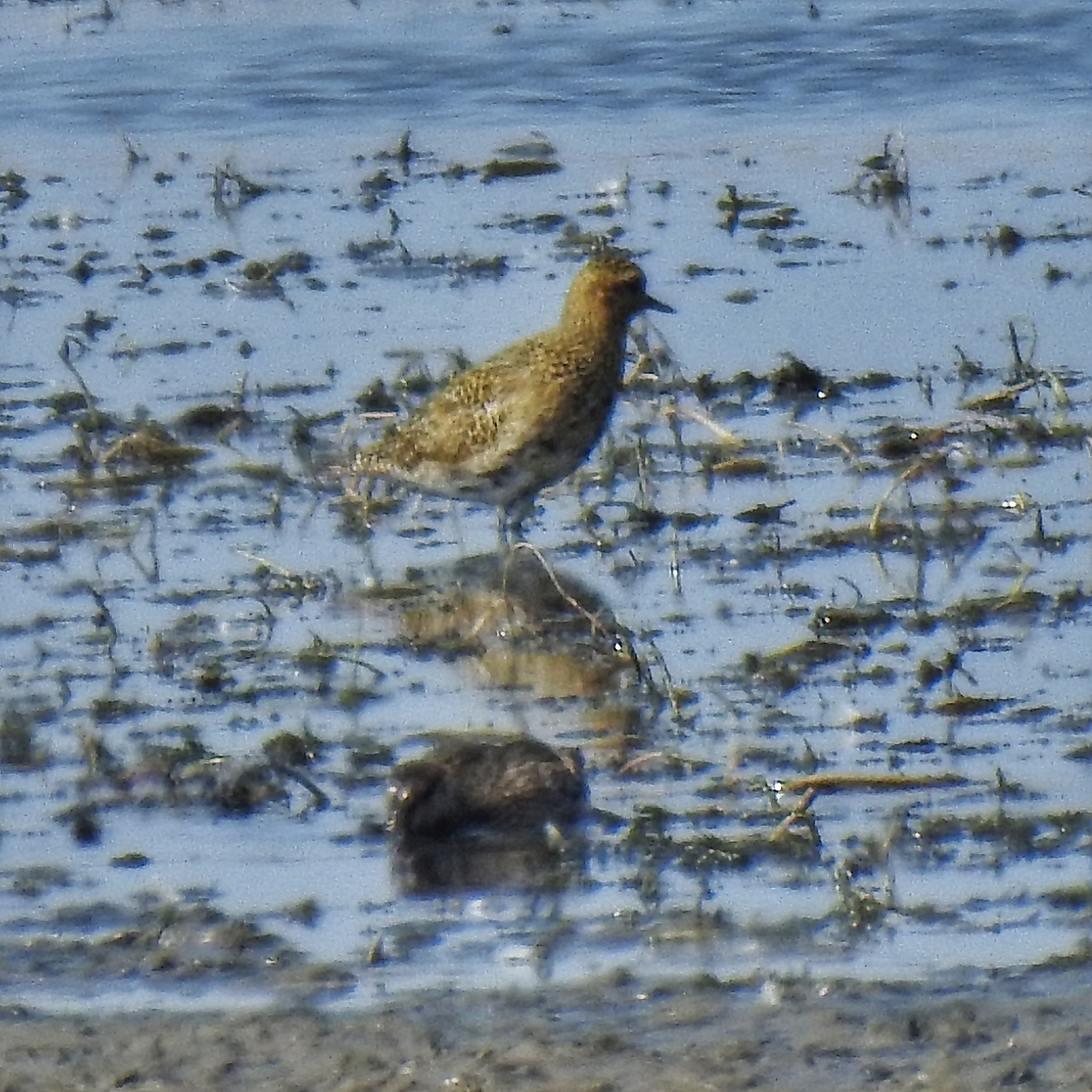 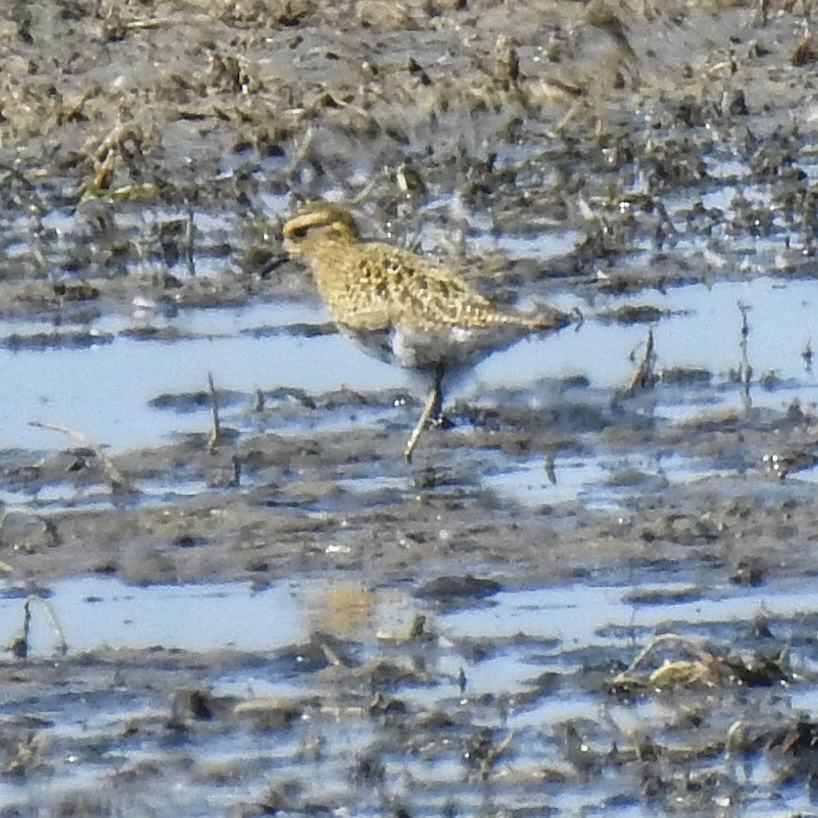 Here are some better photos of the very same bird that I stole off the Internet. 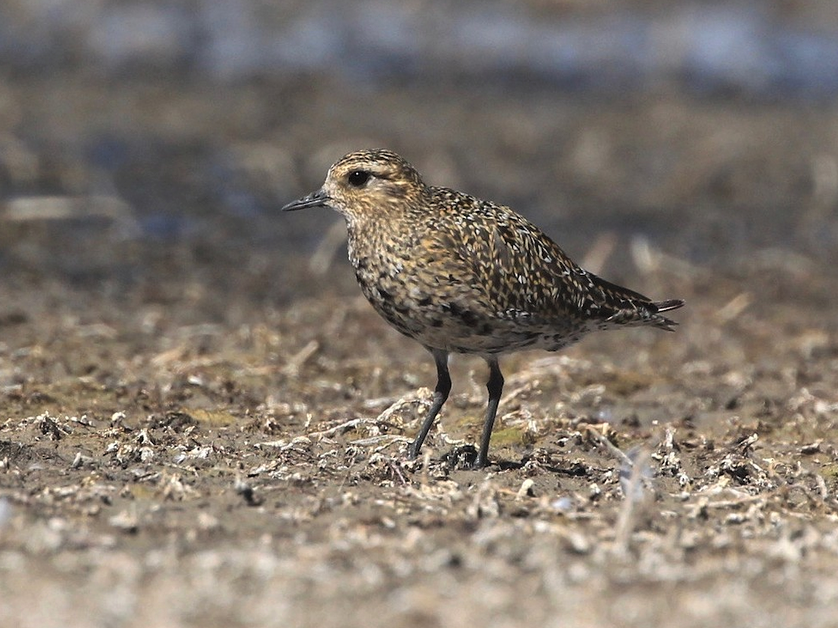 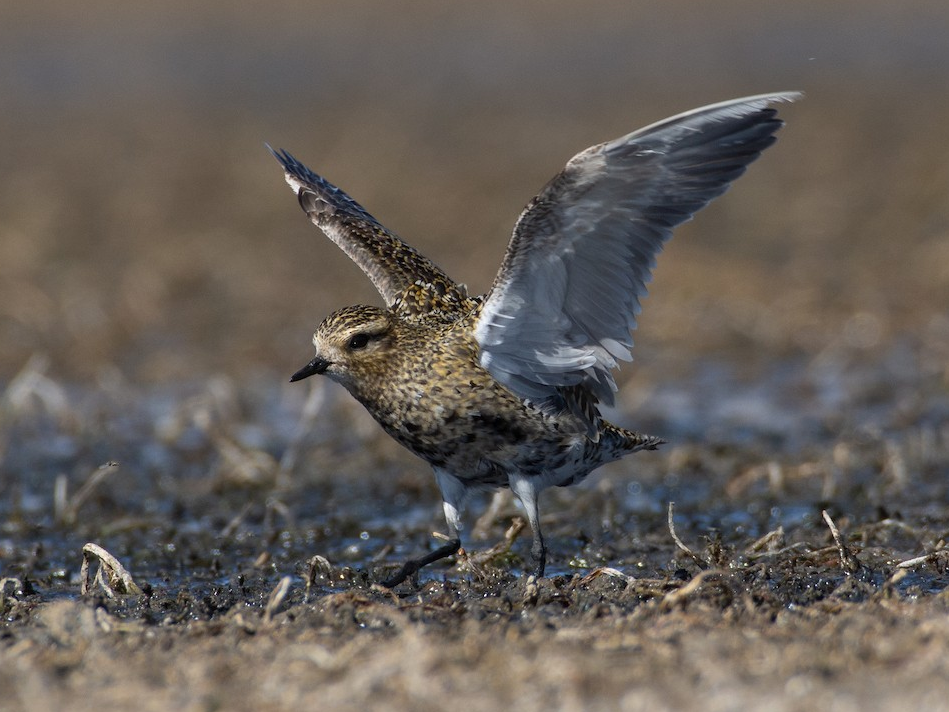