Beatty’s Guest Ranch is located in Miller Canyon, the next canyon north from Ash Canyon, where I’d seen the Lucifer Hummingbird. Beatty’s is 5.6 miles away from Ash Canyon by road and only two miles as the crow flies. You’d think these two hummingbirds could coordinate things a bit better and go to the same feeders.

I was really wishing this as I drove up Miller Canyon. About two miles from Beatty’s, the pavement ends. The rest of the way is rocky and rutted and bumpy and not at all fun to drive in a sedan—especially after my experience in Rucker Canyon the afternoon before and the fact that I’d just had a new tire installed three hours earlier. I crept slowly and made it. Beatty’s Guest Ranch is fitted out like a fortress with high fences all around and locked gates to keep out illegal immigrants coming over the border just a few miles to the south. His hummingbird feeders are on a hillside, in a shady woods, and he’s set up a three-tiered bleachers for people to sit and watch. The feeders are only a couple feet away from where I sat. The only issue is that they’re in the shade, making good photos of the iridescent colors impossible.

I took a seat on the bleachers (there were three other birders there when I arrived and another five came shortly afterwards). There was moderate hummingbird activity. One guy told me the White-throated shows up every 25 minutes. After I was there perhaps that long, someone spotted it. It paused by a feeder for just a second then flew to a nearby shady branch low in a tree maybe six feet away from me. I’d seen it land and pointed it out to everyone (as you can hear in the video). It stayed there for about four minutes looking around, then disappeared. I didn’t stay longer because a woman told me where I could see Red-faced Warblers up the canyon out of the yard. Anyway, the White-Eared Hummingbird was small with a bold white stripe on a head that looked mostly greenish but I guess can look purple in good light.I think I may be able to pick up a few flashes of purple in the video. Or maybe not. 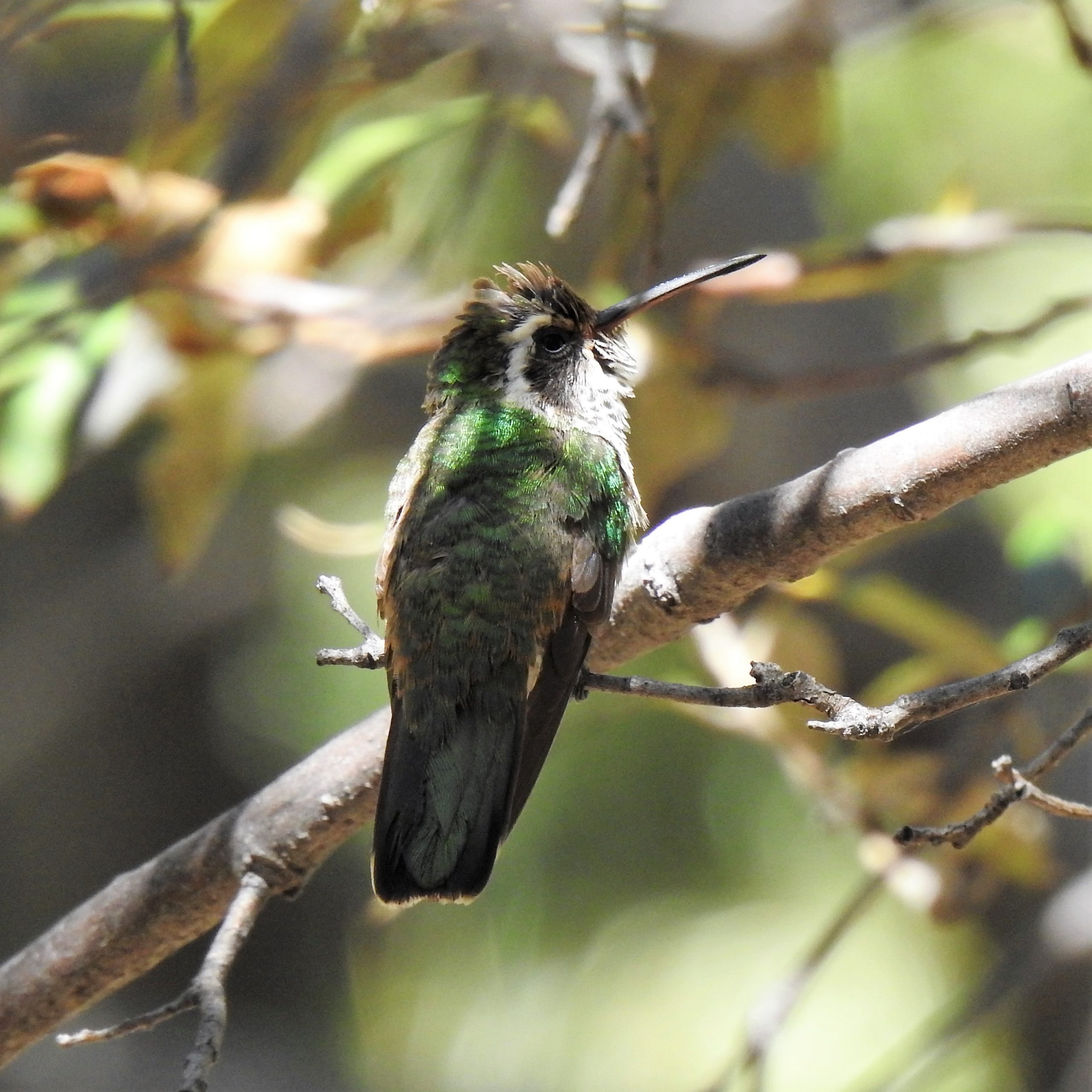