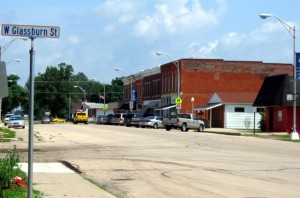 My in-laws were in town for the week. My mother-in-law recently read a mystery set in Bishop Hill and expressed interest in visiting the town. We’re always up for adventure, so the three of us and the two of them piled into the car early in the morning and headed west.

I noticed that Reagan’s birthplace was on the way, so it was an easy decision to add that to the day’s itinerary. There isn’t much to Tampico. The collection of buildings that make up “downtown” has been added to the National Register of Historic Places because “it is a good, intact representation of late 1800 small town America.”

Three of the buildings are museums, and several others are empty. Reagan was born in an apartment above a bakery/restaurant. The building was built in 1895. Jack Reagan, Ronald’s father, rented it in September 1906. John Reagan, Ronald’s brother, was born there on September 16, 1908, and Ronald was born there on February 6, 1911. Three months later, the family moved to a house a block away (see next post). 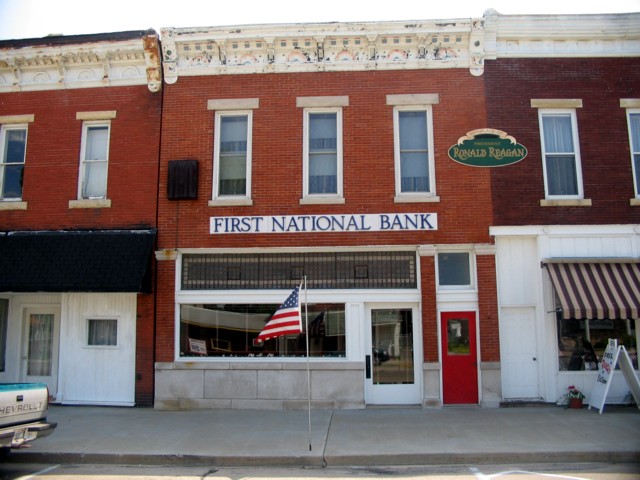 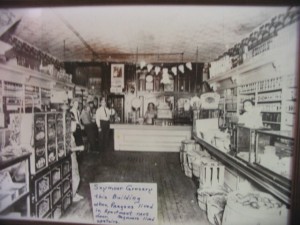 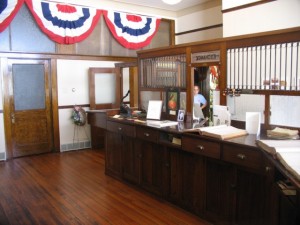 The building next door to the birthplace serves as the visitor center. When Reagan lived next door, this building was the Seymour Grocery. We entered to discover two elderly women sitting in rocking chairs. They welcomed us and told us we could wander around the displays in the two buildings (they are connected on the inside) on our own. They then proceeded to get up and follow us all around chatting about this and that and the other thing. There were posters of many of Reagan’s movies scattered about, along with photos and some souvenirs. The restaurant under Reagan’s birthplace was converted into a bank in 1919, and the old bank furnishings which had been stored in the basement have been set up in the room.

I asked one of the ladies if she was a Reagan fan. She laughed and said that was a question I’d better not ask. She then sat back down in her chair by the other lady and the two of them discussed how they’d voted for Clinton.

When we finished looking around downstairs, one of the women took us up to Reagan’s birthplace. We had to go outside and enter through the red door (visible in the photo above). We walked up a long stairway into an apartment that was much nicer and larger than I expected. There were two bedrooms, a living room, a dining room, a kitchen, a pantry and an enclosed back porch. Our guide showed us the room in which Reagan was born. She said the bed was the very bed, but I’m not entirely sure she knew what she was talking about. A bit later, I pointed to a picture of Reagan as a boy. He was standing with several other children and three or four adults. I asked her if the adults were Reagan’s parents, and she told me she had no idea. 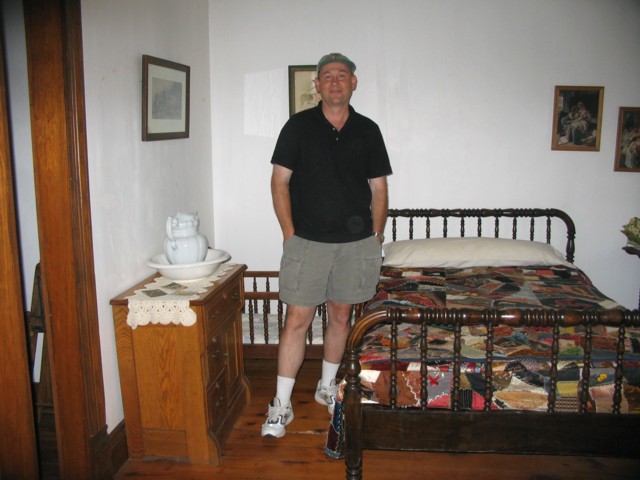 As we wandered about, the guide and my father-in-law chatted about a variety of topics. Much of what she said about Reagan was speculation, but I had fun wandering about. 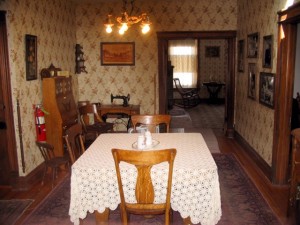 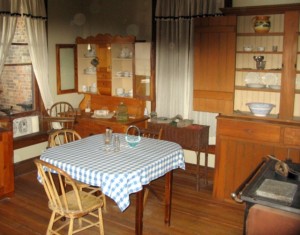 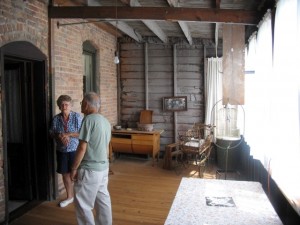 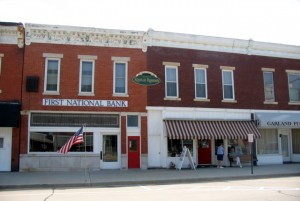 We stopped back in the visitor center to buy some postcards, then drove around town to 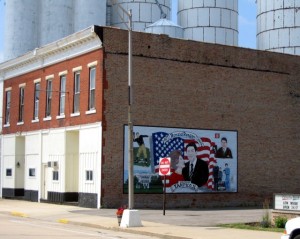 see the other sights — including this Reagan mural painted on a building across the street.

It would have been nice if the tour guide actually knew anything, but the museum and the apartment exceeded my expectations. The whole “downtown” area still looks so much as it did when Reagan was born, I’d like to see the entire area turned into a National Park and interpreted well.