Sunday dawned gray and rainy — again. I didn’t want to spend an entire day sitting in the cabin, so I made plans to head for the nearest town, Black River Falls. Most of my friends decided to come along. We hung out in a cheese shop/used book store for a while, then headed downtown to look for antique stores. I didn’t expect to find any open — since it was Sunday morning in mid-October — but we found three. Here several of us are wandering around in the basement of one of them.

As you can see, we were pretty much the only people in town.

Back in 1973, a guy named Michael Lesy went through tons of old Wisconsin newspapers from 1885 to 1900 and pulled out all the articles on odd crimes, strange deaths, and bizarre happenings. He compiled these, along with weird photographs, into a book titled Wisconsin Death Trip.

I got a copy of the book from the library and read excerpts to my friends around the campfire on a couple evenings. Here are some samples:

Marie Sweeny, who ran away from her husband at St. Paul and has been creating trouble at Ashland with her wild mania for breaking windows, has finally been captured. Reports from St. Paul say that she was a model wife and mother, but some injury to her brain entirely changed her character. She ran away from home 2 years ago, and since then … has been in more than 100 different jails, serving short sentences for indulging in her wild sport.

Mary Sweeny, of window breaking fame, attempted to throw a satchel through one of R. Katz’s Clothing Store windows at Fond du Lac … She was arrested and given 5 days in the county jail.

Mary Ricks, the Wisconsin window-smasher, has put in an appearance at Eau Claire. She was taken into custody by a policeman as she was about to wreck a fine plate glass window.

Anyway, many of the stories in the book took place in Jackson County, where we were camping. I thought it would be fun to get a photo of me reading the book in Black River Falls. It was raining, so a friend gave me an umbrella. I sat down along Main Street. While we were framing the shot, an old man came walking along with his dog. The leash was oddly wound around his body. It must have been obvious to him that we were taking a photo, but he just kept coming and passed within a foot of where I sat. It seemed like an fitting addition to the photo. 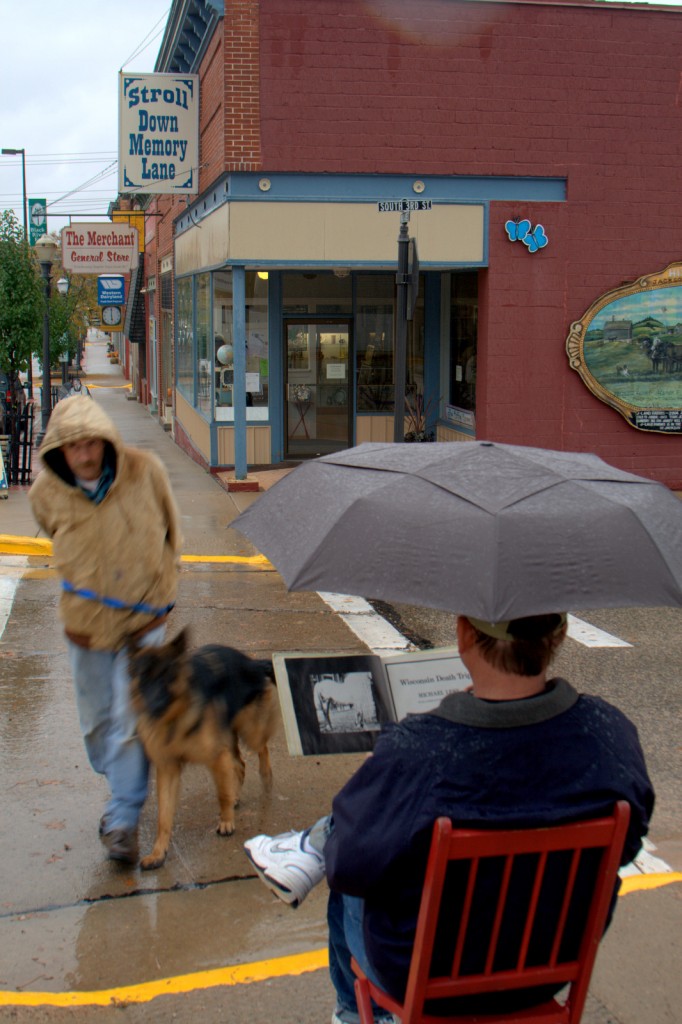 When we got back to the campsite, one friend took time to “roast” one last marshmallow. 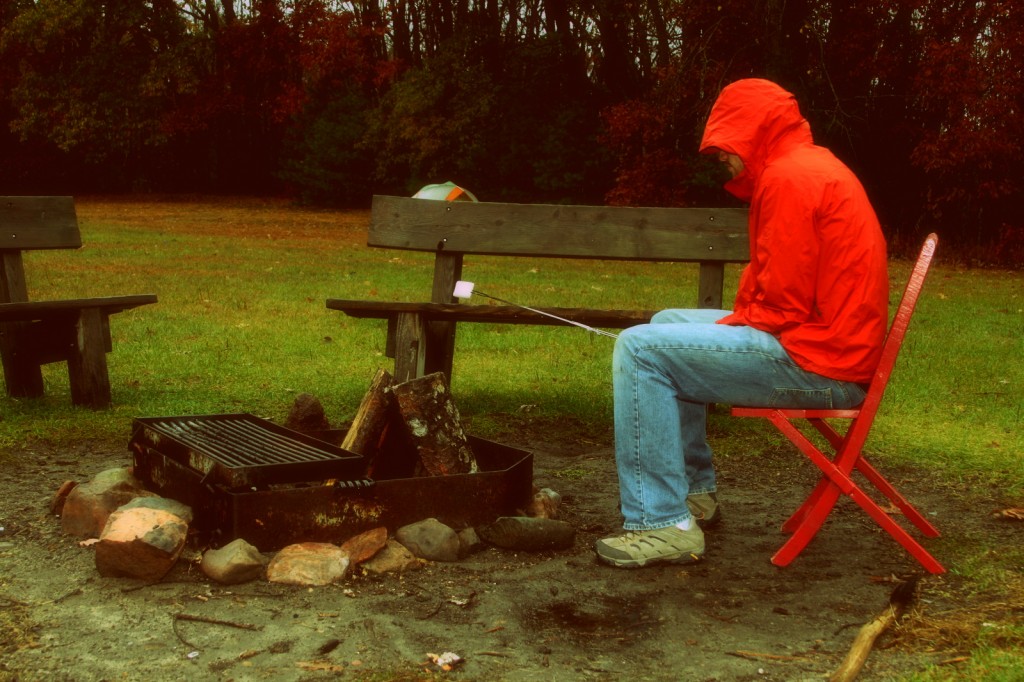 My recommendation for a town slogan — “Not much. How about you?”

This entry was posted in Camping, Cities, Red Chair. Bookmark the permalink.