The Comic Strip Blondie was created in 1930 by Chic Young. When Chic died in 1973, his son Dean took over the writing while several different artists handled the drawing. In fact, both father and son have often only handled creative control while gag writers and artists actually worked on the strip.

Originally the story was about a flapper named Blondie Boopadoop who dated Dagwood Bumstead, the son of a millionaire. 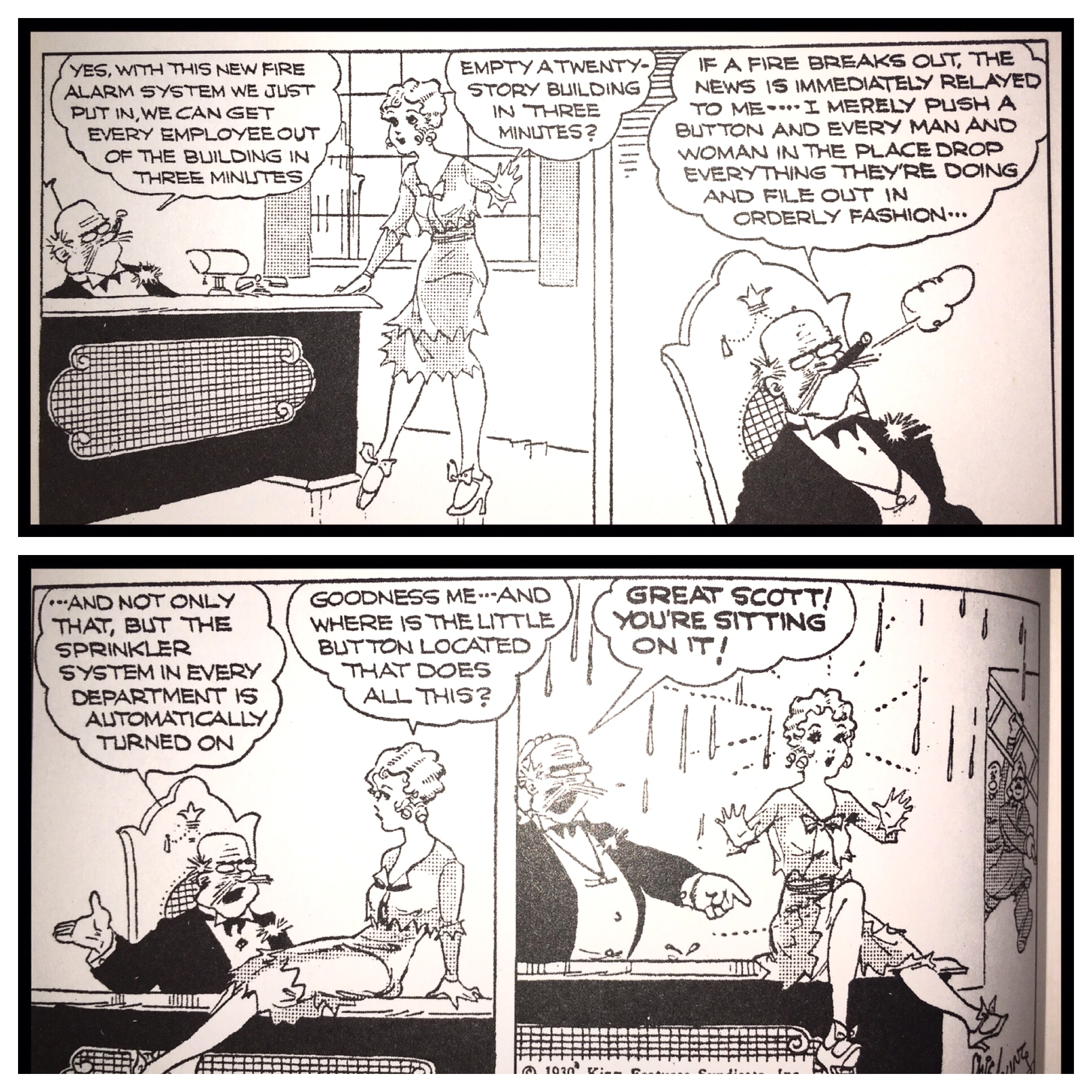 Dagwood’s parents didn’t think Blondie was good enough for their son, so they did everything they could to prevent the two from getting married. 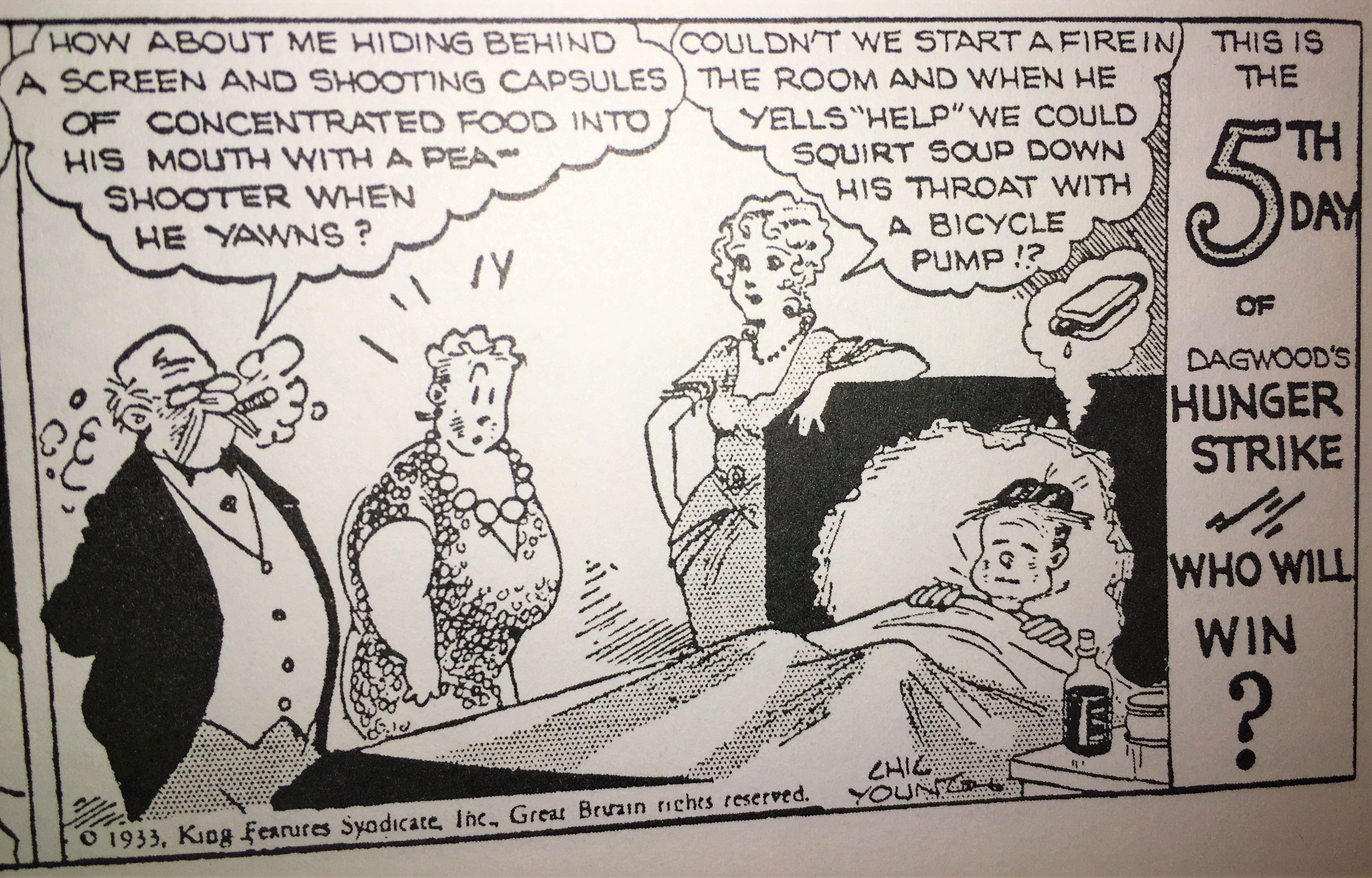 After three years of this story-line, Young had Dagwood go on a hunger strike until his parents consented to the marriage. They finally did, but only after writing Dagwood out of their will. Blondie and Dagwood were married and set forth on a middle-class life—the theme that has continued until today. In the early strips, Blondie was a ditz and Dagwood was her straight man. After the marriage, Blondie’s character became more sensible and Dagwood became the bumbling fool Along the way, the couple had two children, Alexander (originally called “Baby Dumpling”) and Cookie, who grew up in the strip until they reached their teenage years where they apparently stalled out. At a time when comics and movies insisted on showing married couples in separate beds, Young insisted on showing Blondie and Dagwood sleeping together in the same bed.

The strip was so popular that it spawned a series of 28 movies, beginning with Blondie in 1938. There was also a TV show and a radio program.

When we had the Chicago Tribune delivered, I would scan through the comics page and read the scrips I enjoyed. Blondie wasn’t my favorite, but I enjoyed it enough to read it every day.

For the purposes of this look, I read:

I also watched two of the movies.

I listened to one episode of the radio program, entitled, “Dagwood’s New Suit” which aired on October 30, 1939. Dagwood has been chosen to be a model in a fashion show put on by Mrs. Dither’s. He goes to a clothing store and gets talked into buying a horrid suit. He’s about to embarrass Mrs. Dithers, which will put his job with Mr. Dithers in jeopardy. But then Blondie has words with the clerk at the store and gets everything worked out. It was just silly.

This entry was posted in Movies, Pop Culture. Bookmark the permalink.