Joshua and I went to the Denver Center for the Performing Arts to see a traveling Blue Man Group show. We drove up after work and ate supper at Sam’s No. 3 diner before the show. 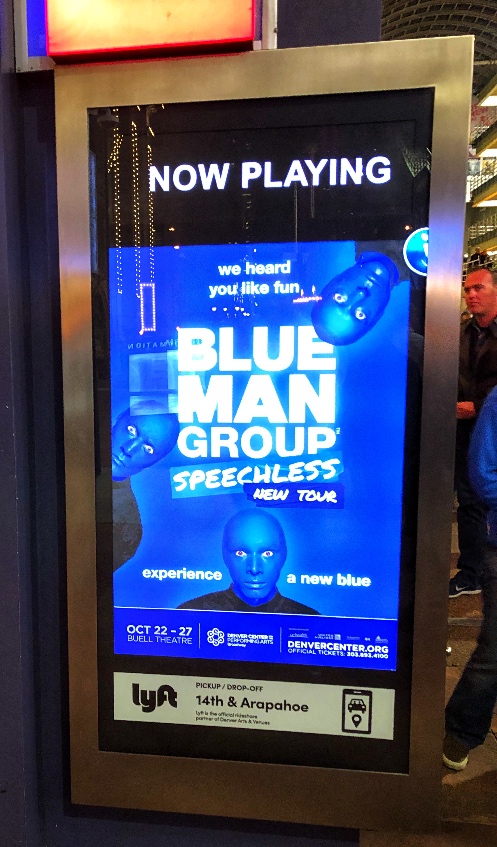 Our seats were front row center in the mezzanine. The show lasted an hour and a half. They did the marshmallow bit, and banged on drums that shot up color. Other than that, it was different from the first time I saw them in Chicago many years ago. They did some audience participation bits and a lot of staring into the audience and a lot of moving around the stage doing stuff with various props. There weren’t very many “songs.” Two guys not dressed in blue played drums and guitar in the background. It was amusing at times, and fun overall, but I’m not in a big rush to see them a third time. Traffic was light going home and I was back shortly after 10:00. 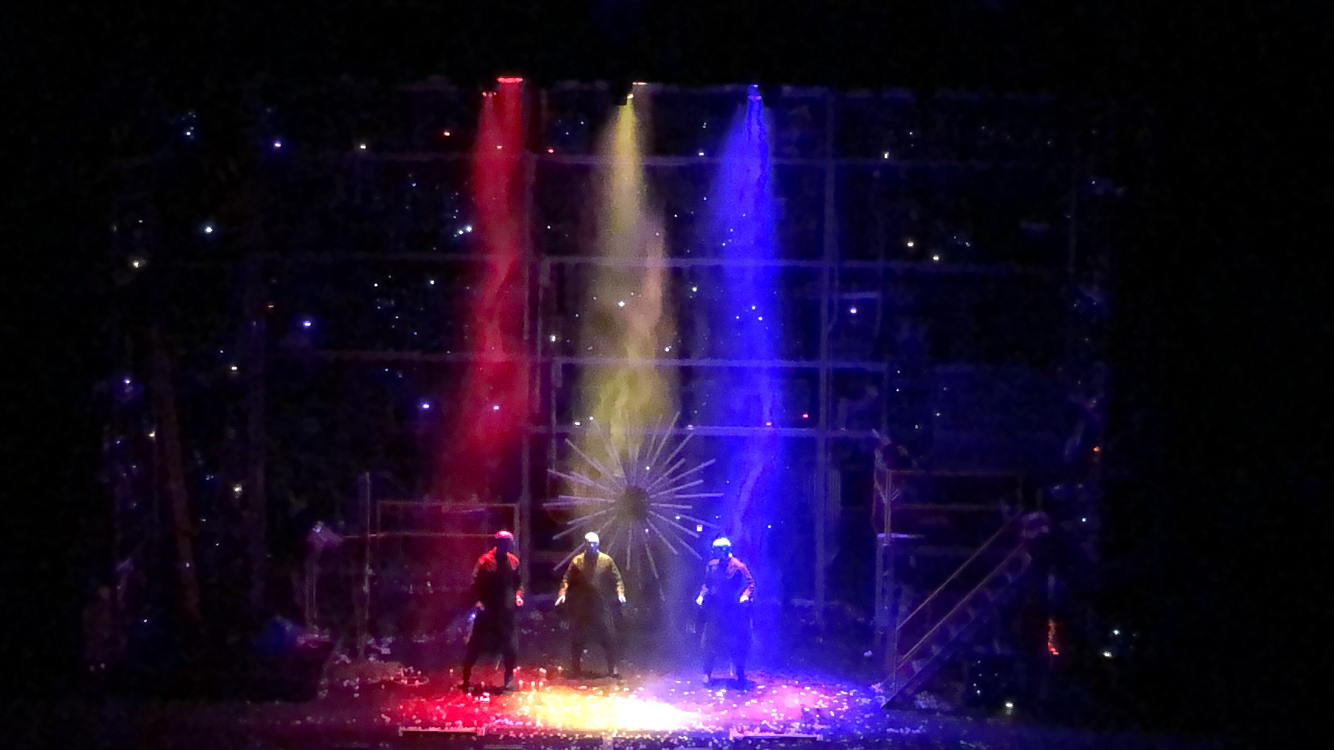 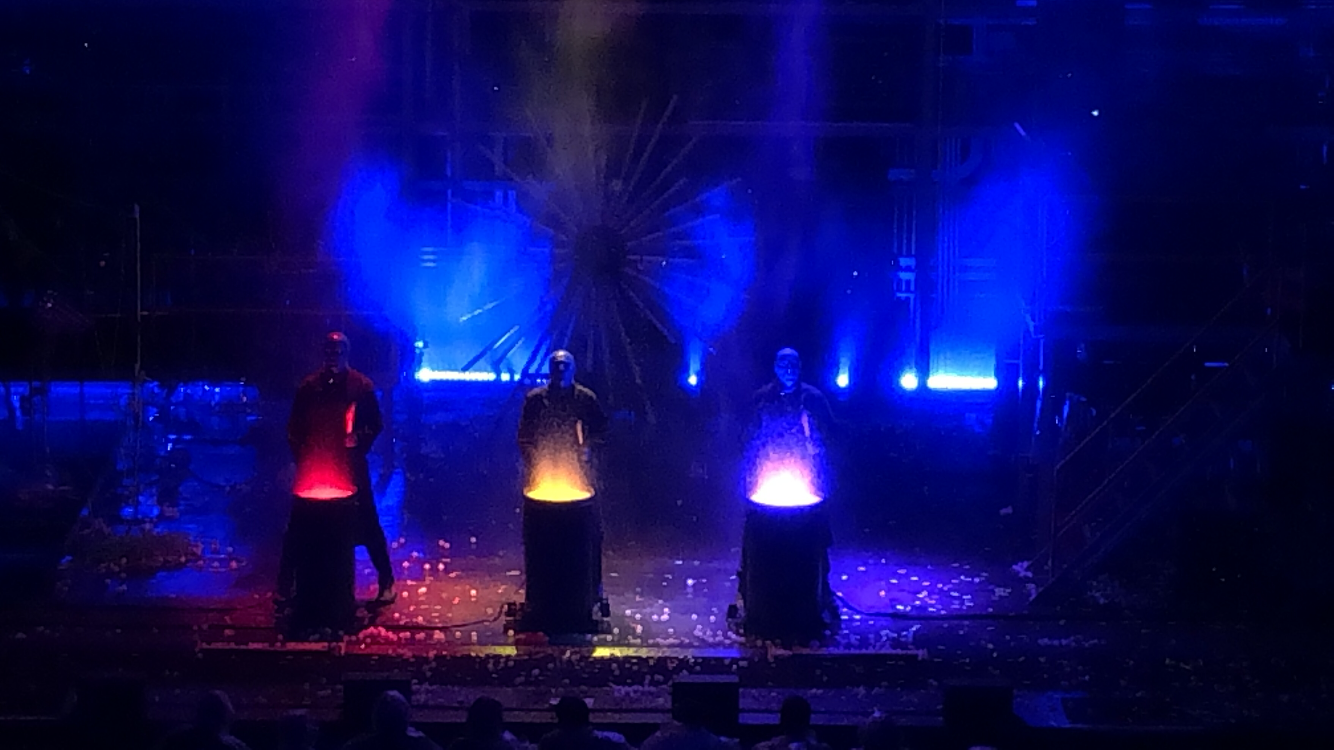