We arrived in Dublin, Ohio, at Scioto Park, on the banks of the Scioto River, just as it began to rain. I waited until the heavy stuff passed, then dashed out and took some photos of the Chief Leatherlips Monument. The plaque nearby reads:

He was executed somewhere in this general area by fellow tribe-members who weren’t thrilled with his friendship with the evil white people. 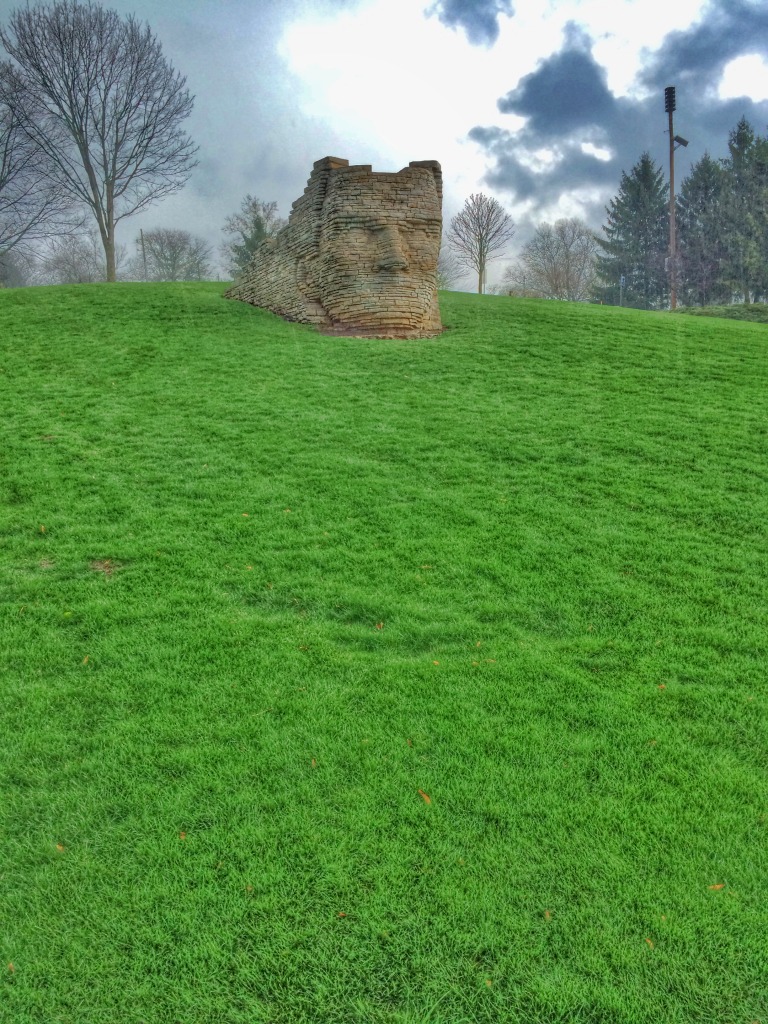 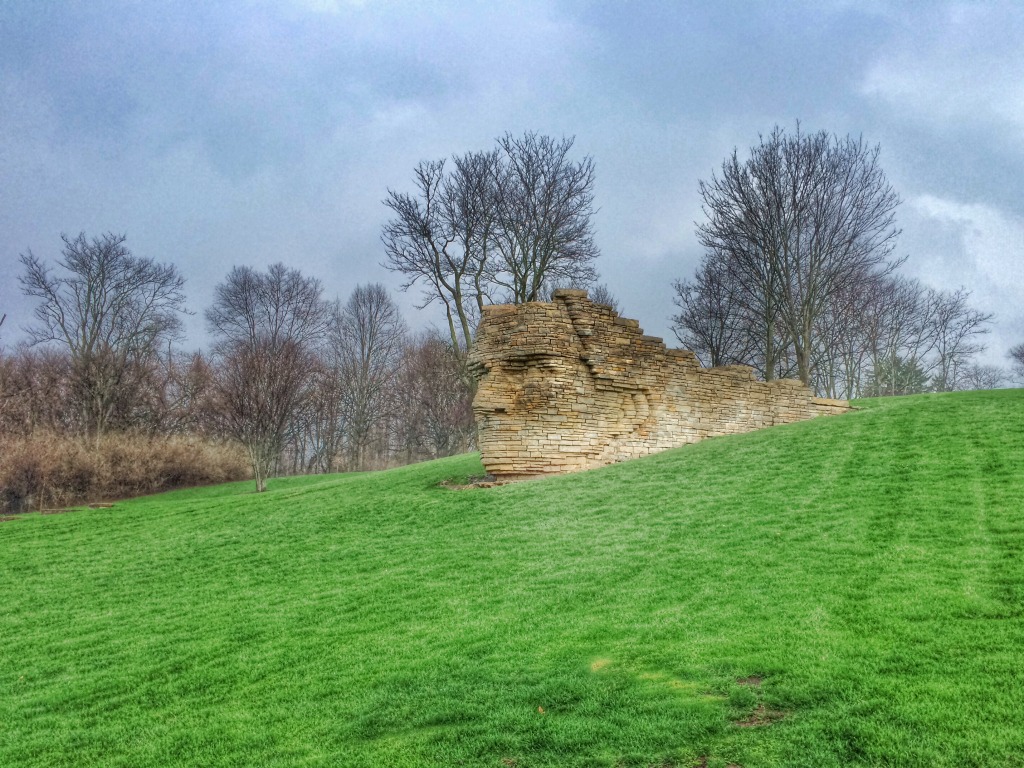 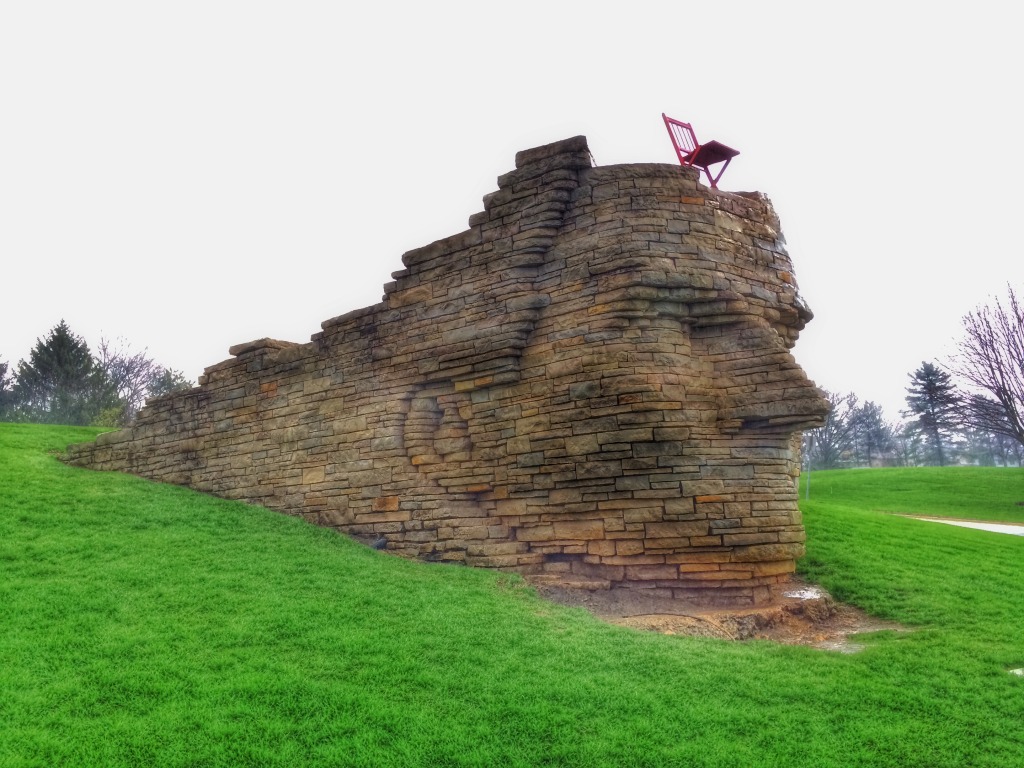 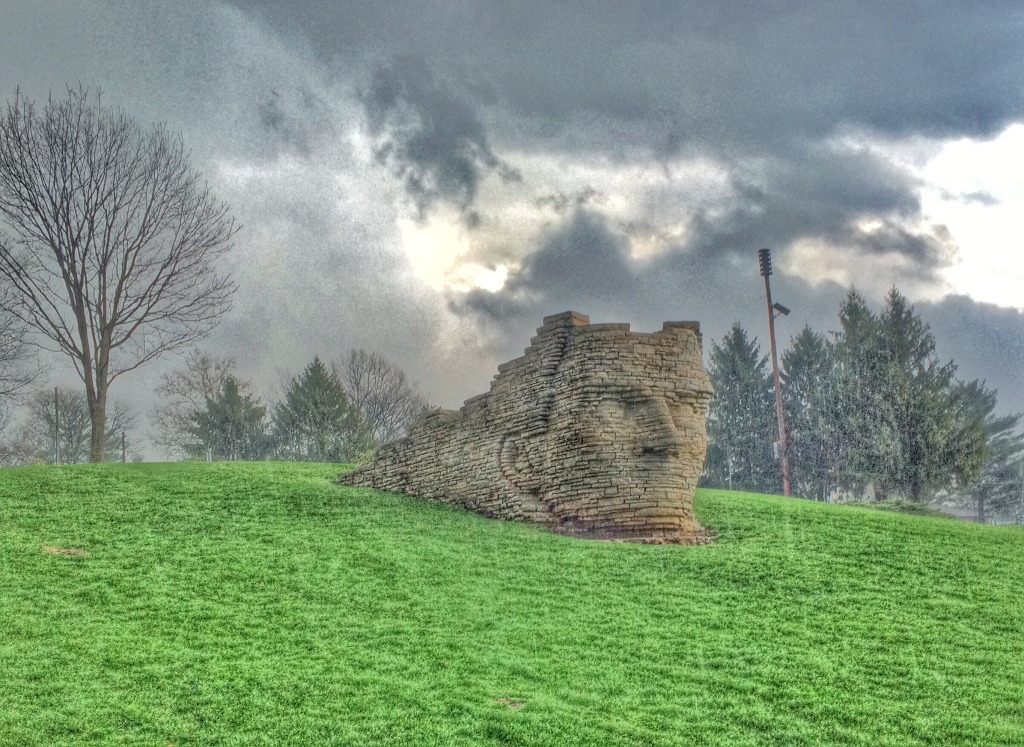 You can walk up the back to the top of his head and pretend you’re his hair, but since my wife didn’t get out of the car in the rain, I had to settle for these photos.