We’ve been disappointed with the pizza in Colorado. They understand the basic concept—get a circular piece of dough and put stuff on it. But good pizza is much more than that. The sauce out here has no zestiness. It’s little more than tomato sauce.  A coworker who used to live near New York and understands my complaint about Colorado pizza told me a story. A guy moved out here from the east and opened a place that made good pizza. The locals complained that the sauce was too spicy. Wow.

It was with a certain degree of skepticism that we tried Beau Jo’s Pizza. There are several locations, but we visited the one in Evergreen. The pizza came in “mountain” and “prairie,” depending on the thickness of the crust. We went with mountain, of course.

There is a lot of crust. It’s a bit greasy, but tasty. And the rest of the pizza wasn’t bad. It wasn’t up to Chicago standards, but we liked it.

We asked our waiter what made it Colorado-style. He didn’t know. He thought it might be the fact that you’re supposed to dip the huge chunk of end dough in honey. He was from Minnesota, and he thought this was weird. My wife tried it. She likes honey, and she thought it was weird. So skip the honey and just enjoy it for what it is—good pizza by Colorado standards. 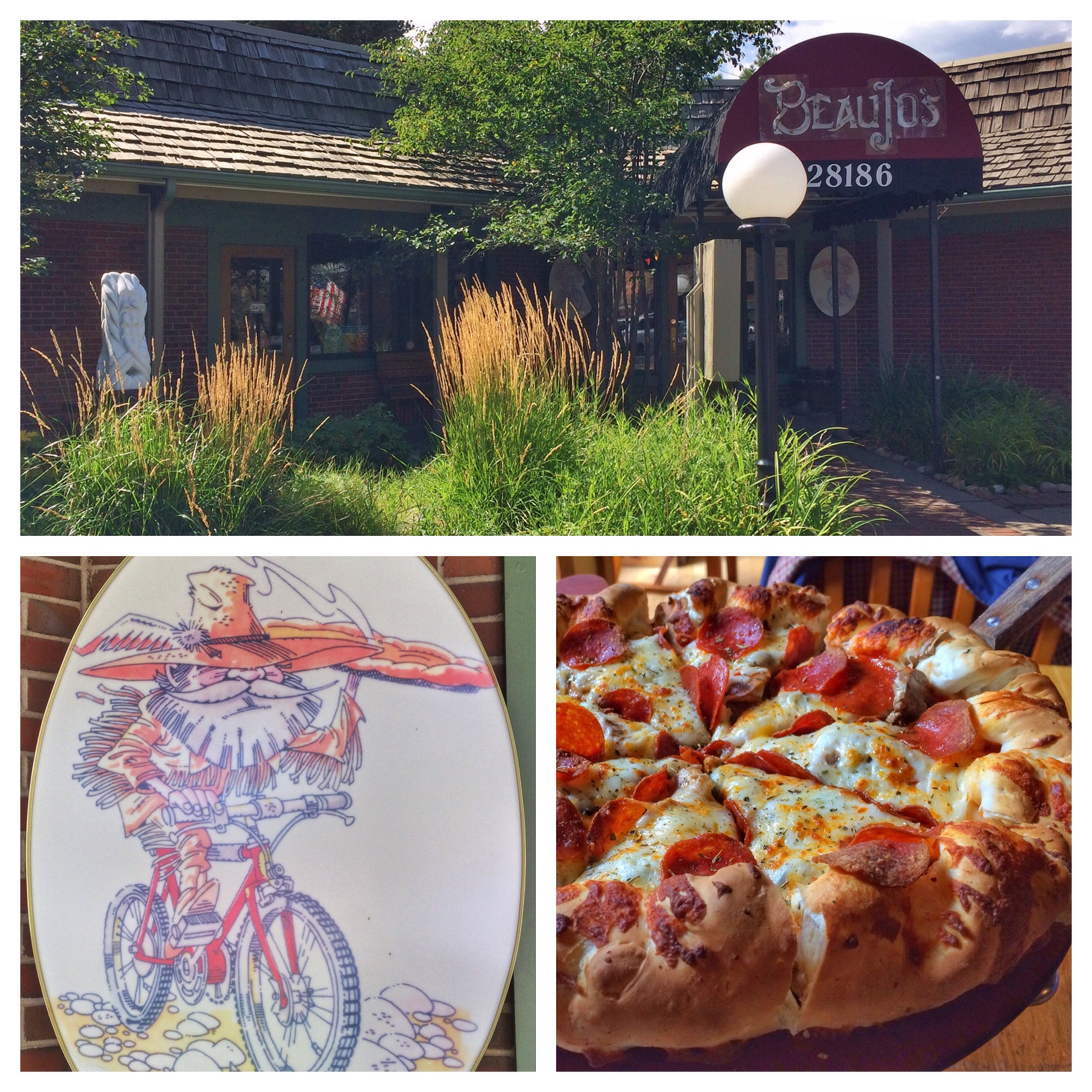