There are several statues lining the walk along the Ohio River in Covington, Kentucky, across from Cincinnati.

John A. Roebling was the engineer who designed the bridge. It was completed in 1867 and was, at the time, the longest suspension bridge in the world. He’s most famous for designing the Brooklyn Bridge. 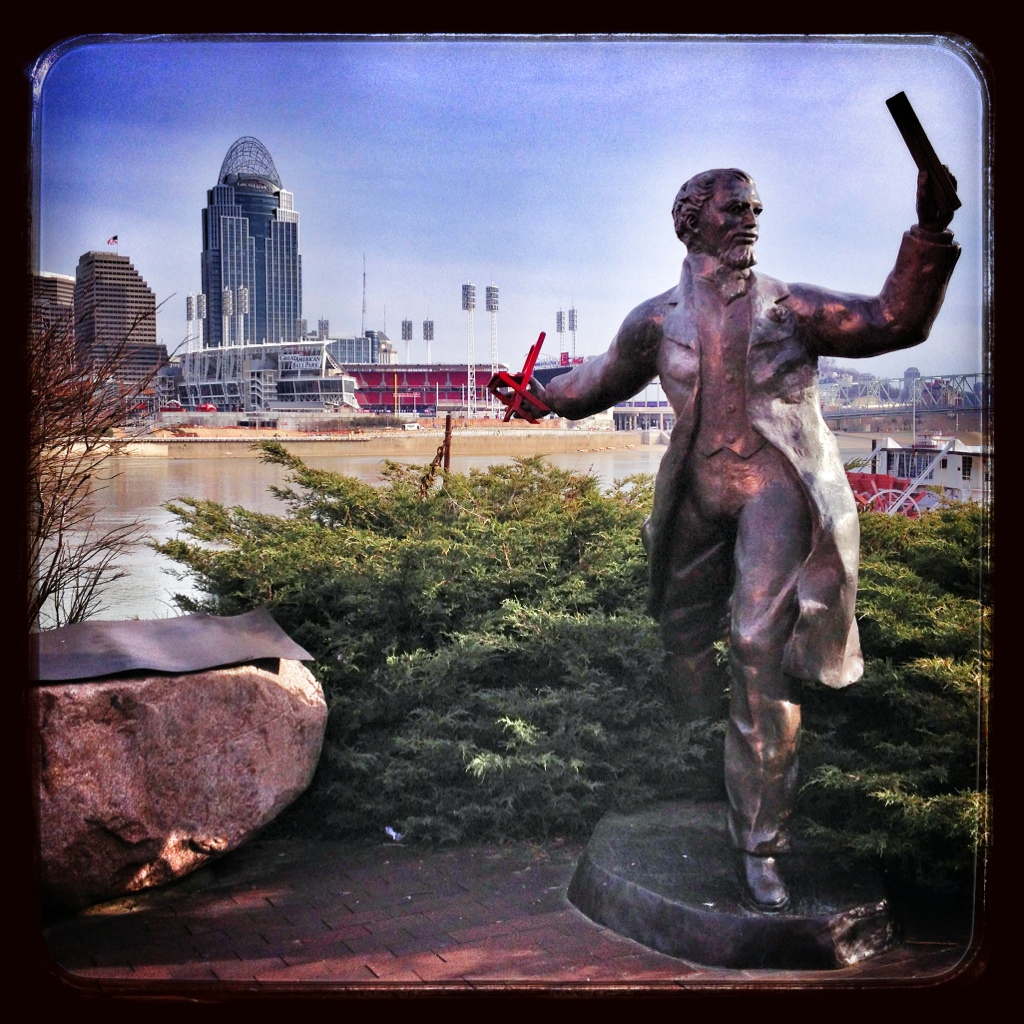 “Nature must be seen first alive, and well studied, before attempts are made at representing her.”

Best known as a painter of birds and most notably for his series called The Birds of America. Audubon came to the northern Kentucky area in 1819, and made many drawings near this place. It was the force of circumstances prior to and during his stay in the Cincinnati-Kentucky area which converted him from an amateur to professional artist. He left Cincinnati in October of 1829 and embarked on his mammoth project to record the Birds of North America which was first published in 1826. While in Cincinnati Audubon worked for a time at the Western Museum, which became the Cincinnati Natural History Museum. He frequently made drawings of local bids such as the cliff swallow which appear in the folio Birds of America. 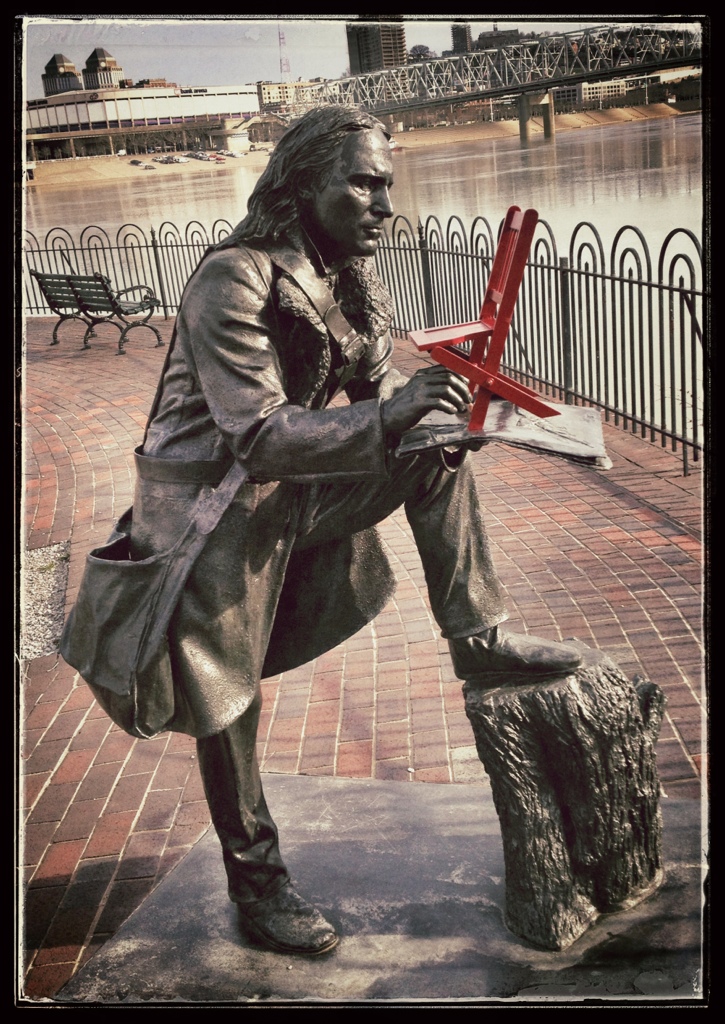 James Bradley. The plaque next to this statue reads:

The life of this one man summarizes the experiences of millions of Afro-American born in Africa in the early nineteenth century, slave traders brought Bradley to America as an infant. By the time he was 18 years old Bradley managed his master’s Arkansas plantation over a five year period he earned enough money to purchase his freedom.

As a free man Bradley crossed the Ohio river, here at Covington, the legal and symbolic divide between slavery and freedom. He enrolled at Lane Seminary in Cincinnati in 1834, Bradley was the only ex-slave who participated in the famous Lane Seminary debates on slavery and abolitionism. Bradley’s participation stood as an eloquent witness to the equality of all. His speech declared that the great desire of the slaves was “Liberty and Education.” 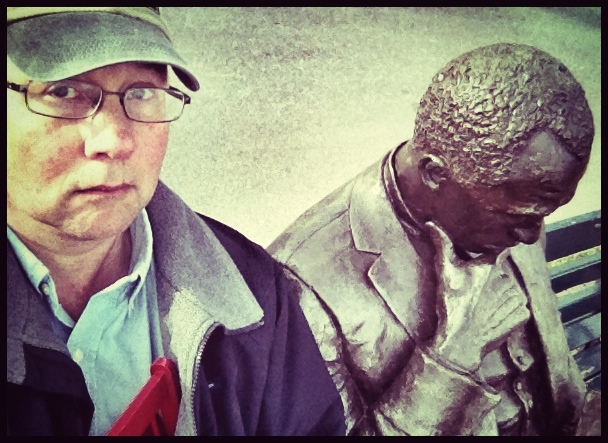 The plaque by the statue  of Little Turtle (on the left) reads:

This great Miami war chief fought to protect the Indian hunting grounds of Kentucky and the villages of southern Ohio from the onrush of American settlers. Little Turtle twice led a confederation of Miami, Shawnee and Delaware Indians in victory against American armies. In October 1790 he defeated an American army led by General Josiah Hamer. In November 1791 he defeated an army led by General Arthur St. Clair. Between battles, Little Turtle hunted and fished in this part of northern Kentucky.

After the Indians were defeated at Fallen Timbers in 1794, Little Turtle joined in signing the Treaty of Greenville in 1795. He declared, “I am the last to sign it and will be the last to break it.”

He kept his word.